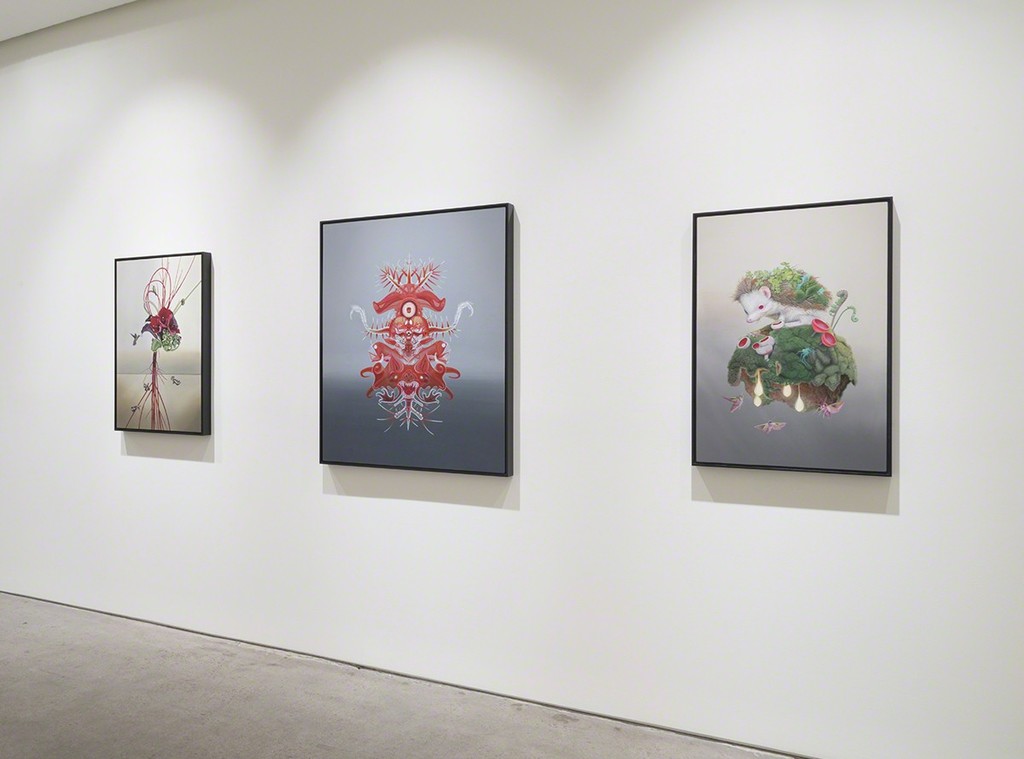 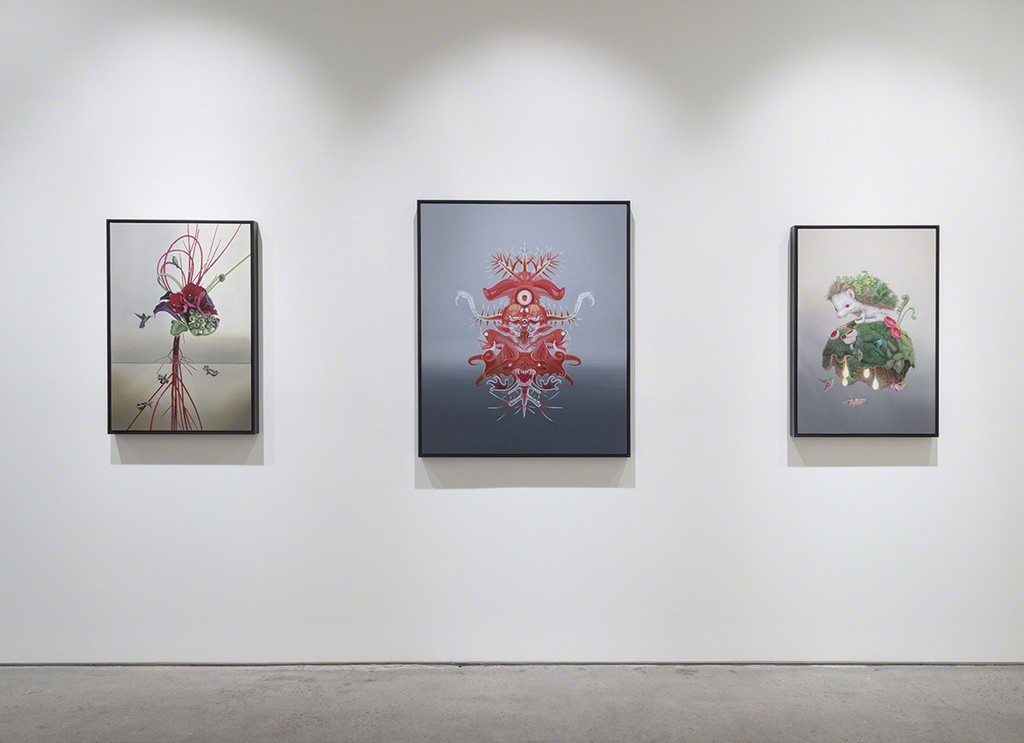 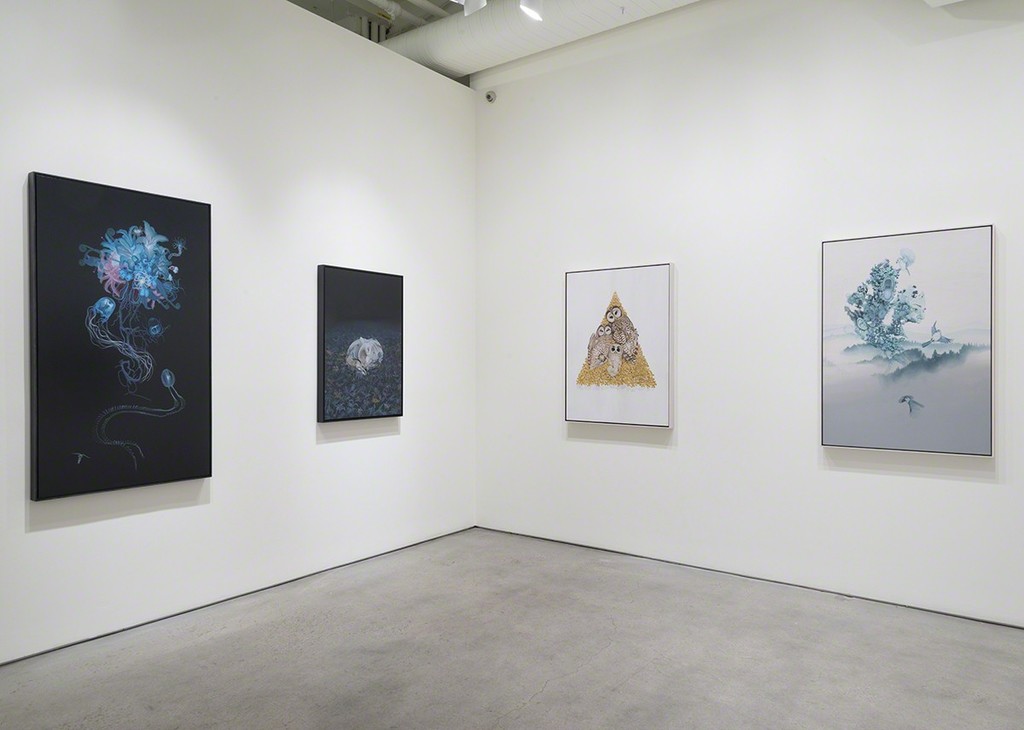 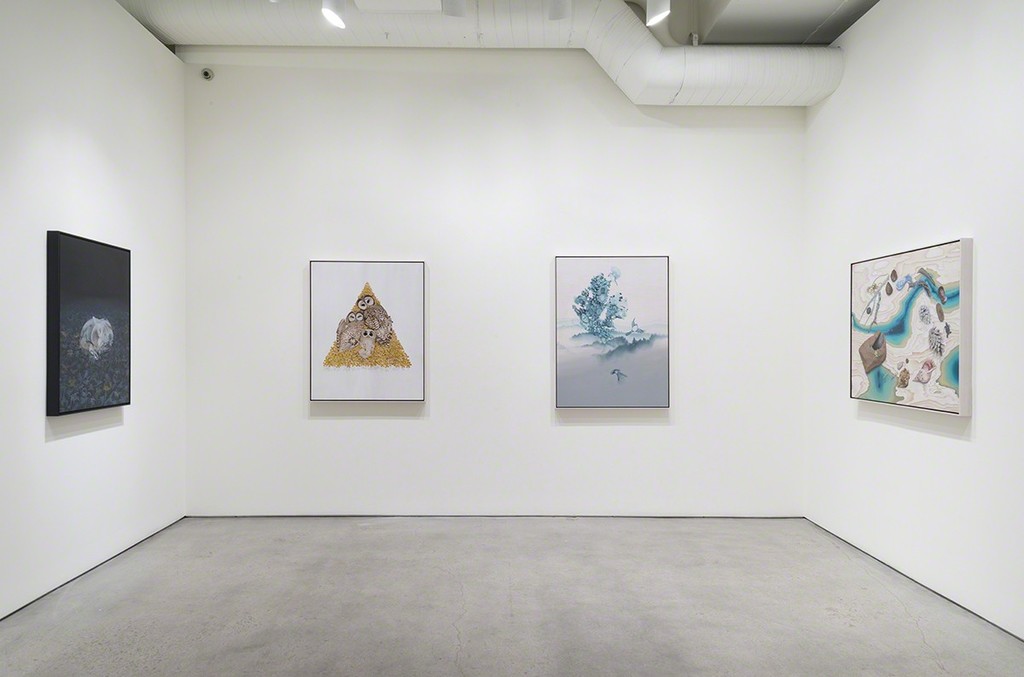 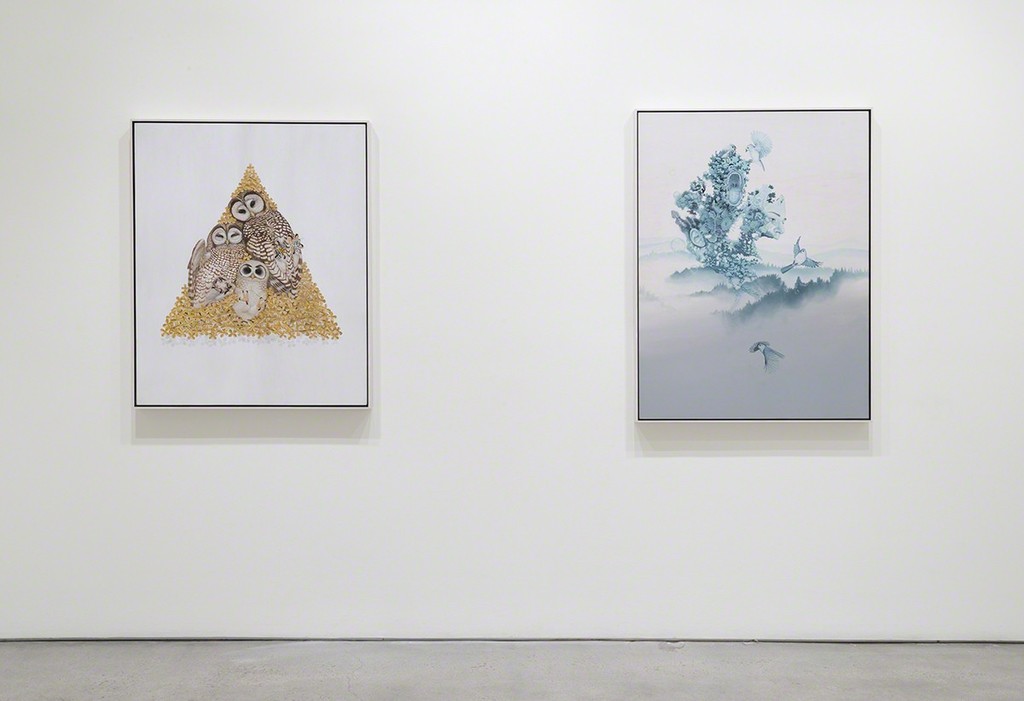 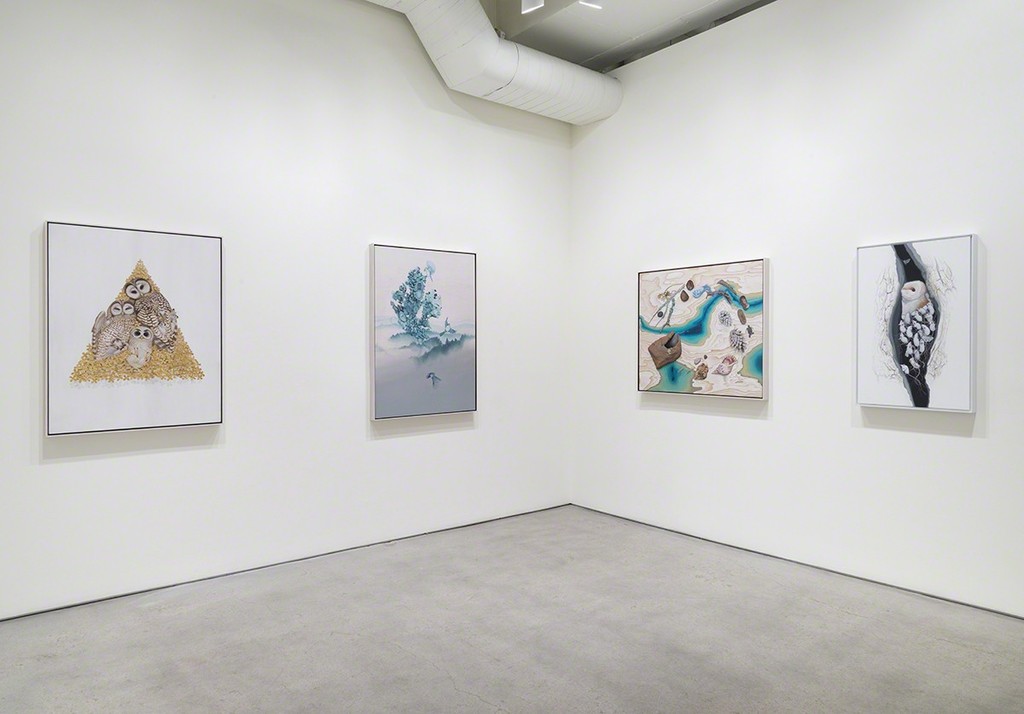 Joshua Liner Gallery presents The Animal in Us, a solo exhibition of new paintings by Tiffany Bozic. This is the artist’s fourth solo exhibition with the gallery, featuring eight new works on canvas and maple panel. The artist will be in attendance for the opening reception on Thursday, March 17, 2016.

For The Animal in Us, Bozic explores the shared experiences between humanity and the animal kingdom in our struggle for survival, and the myriad of palpable sensations and reactions that come with it. The artist shares, “In these paintings I am exploring what it means to be animal and human. What do we have in common at the core with all other living mammals? Each painting varies drastically as they each focus on a specific quality. We all struggle to survive, seek shelter and food, have fear, we search for a mate and self identify, and we all die.” Through careful consideration and juxtaposition of a diverse range in species, Bozic’s paintings disintegrate the barriers between human and animal, and poignantly express what it truly means to be alive.

Despite human emotion and experience playing an integral thematic role in the artist’s work, the vast majority of Bozic’s work does not incorporate the human figure. However, the artist’s focus on various Animalia as subject and amplification of the experience of life’s struggles through visual metaphors, only serves to strengthen the similarities between human and animal. In Triangle of Love, the artist paints a trio of spotted owls, nestled in a pyramid of golden four leaf clovers. Between the owls runs a delicate glistening string, threading them together, symbolizing the universal and unconditional familial bond between mother, father and child.

In stark contrast to the warmth of the owls, Deathportrays the solemn and impending fate of all living beings. A single baby goat lies lifeless in the center of the painting with a sea of ebony beyond. The foreground reveals an abundance of scavengers: solifugae spiders, amblypygi whip scorpions, tarantula spiders and centipedes, clambering toward the deceased animal. Despite the painting’s weighty, somber tone, Bozic cleverly hints that even in the midst of death, life is bountiful. The artist elaborates, “The way the light reflects off [the insects’] tiny shells reveals a glimmer in the darkness… as we consume what the environment provides to thrive, eventually our flesh will return to the earth and feed the next generations of living creatures.”

Having spent most of her life observing the intricacies of nature, it’s no denying that Bozic’s love and appreciation for the natural world is profound. Growing up in rural Arkansas, the artist’s firsthand experience observing the cycle of birth, life, and death began at a young age. Observation in particular is paramount to the artist’s creative process. Bozic accompanies her husband—an ornithologist—on many expeditions to remote locations, giving her incredible access to a multitude of natural habitats. When not on expedition, Bozic spends her time researching and working from photographs taken on expedition, fleshing out the composition of her paintings. Despite the marvelous diversity of organisms in this new body of work, it is life’s shared experiences of timeless struggles that continuously inspire the artist.

Born in 1979 in Arkansas, Tiffany Bozic currently lives and works in San Francisco. Bozic was the first artist in residence at the California Academy of Sciences and her work is held in numerous public and private collections, most notably by the U.S. Department of State’s U.S. Embassy, Mbabane, Swaziland. Bozic has given numerous lectures about her work including Apple’s Start Something New campaign (2016); Semi-Permanent Art and Design conference (2014, 2013, 2007), and at the California Academy of Sciences (2007). Selected solo exhibitions include Qualia, (2014); Transformation(2012), and Confiding in Strangers (2010); all at Joshua Liner Gallery, New York, NY, Sense of Wonder, FFDG, San Francisco, CA, (2013); and Bedtime Stories, Kinsey/DesForges Gallery (2008). Selected group exhibitions include Re-presenting Representation, Arnot Art Museum, Elmira, NY (2014), Direct Address: An Inaugural Group Exhibition, Joshua Liner Gallery (2013); and Outlandish: Contemporary Depictions of Nature, Walnut Creek, CA (2012).