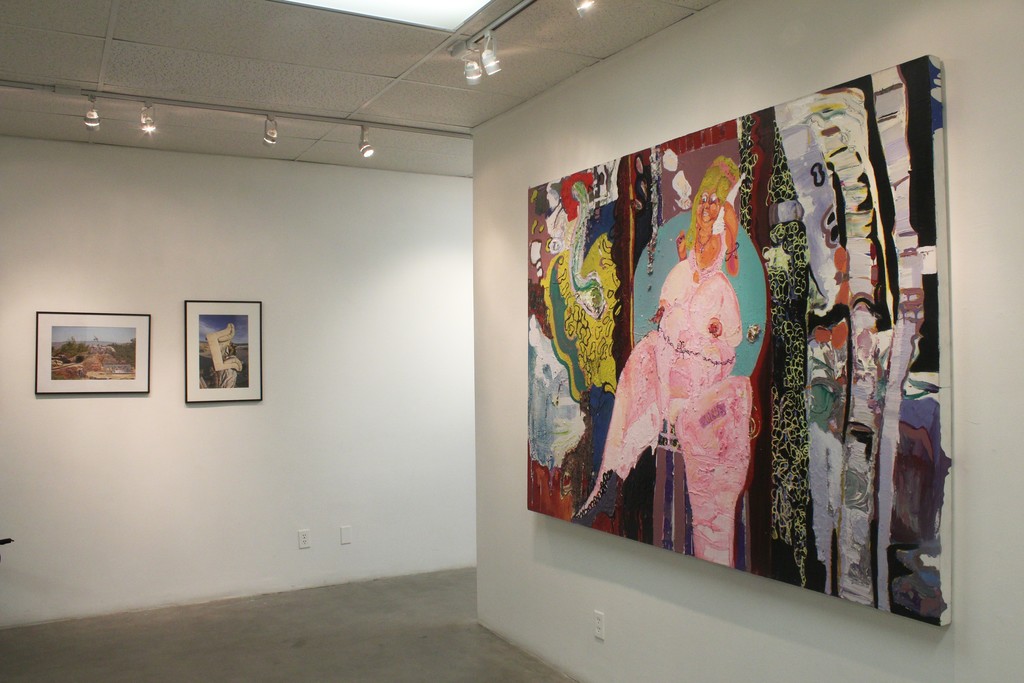 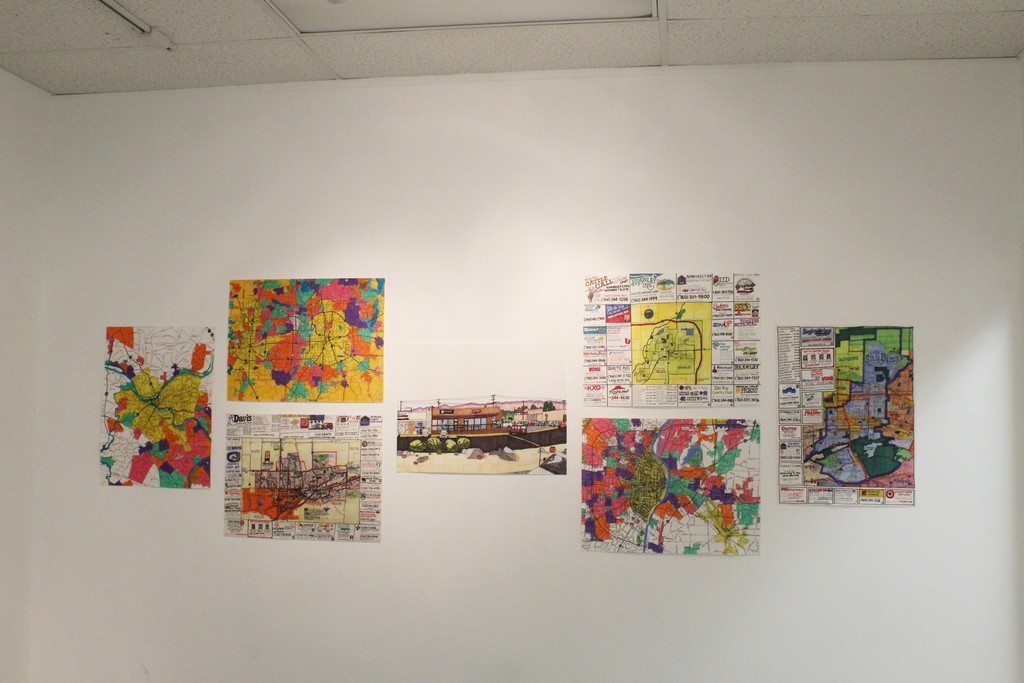 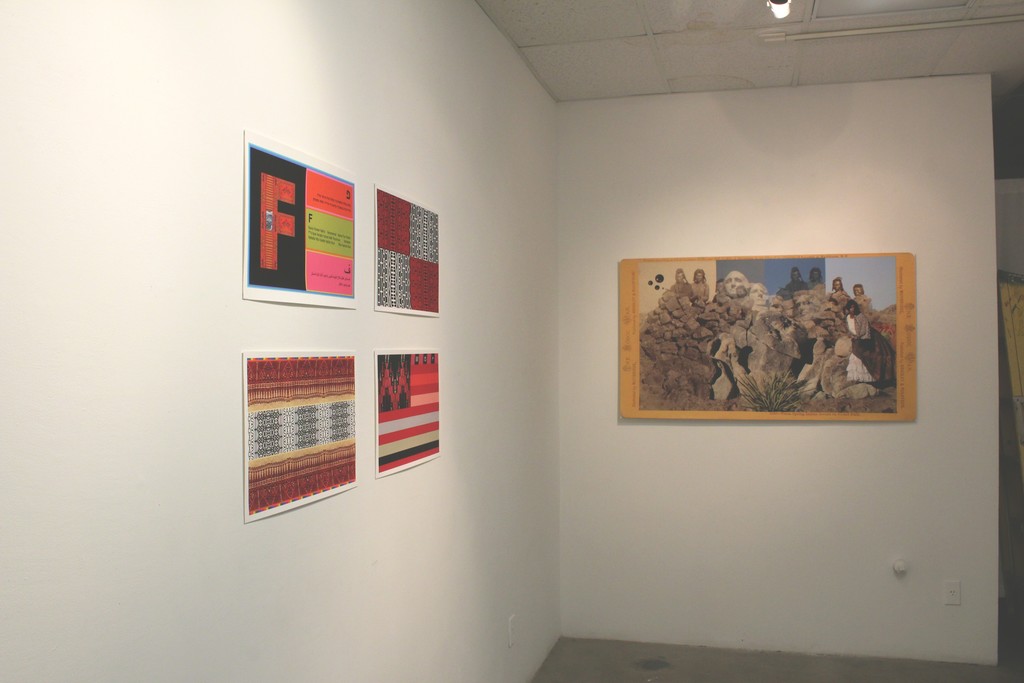 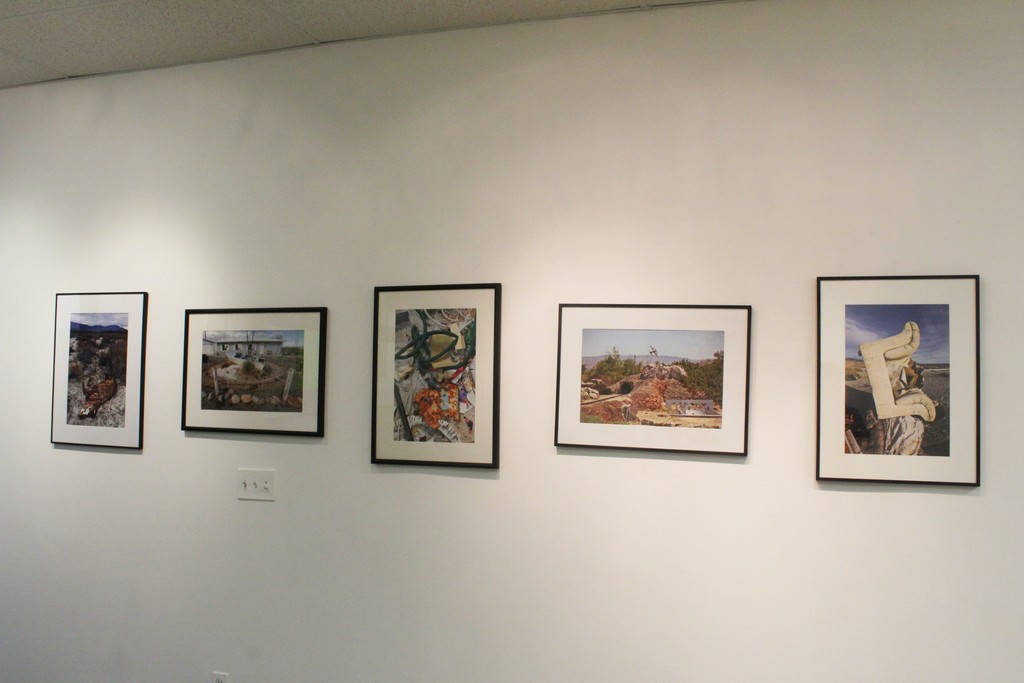 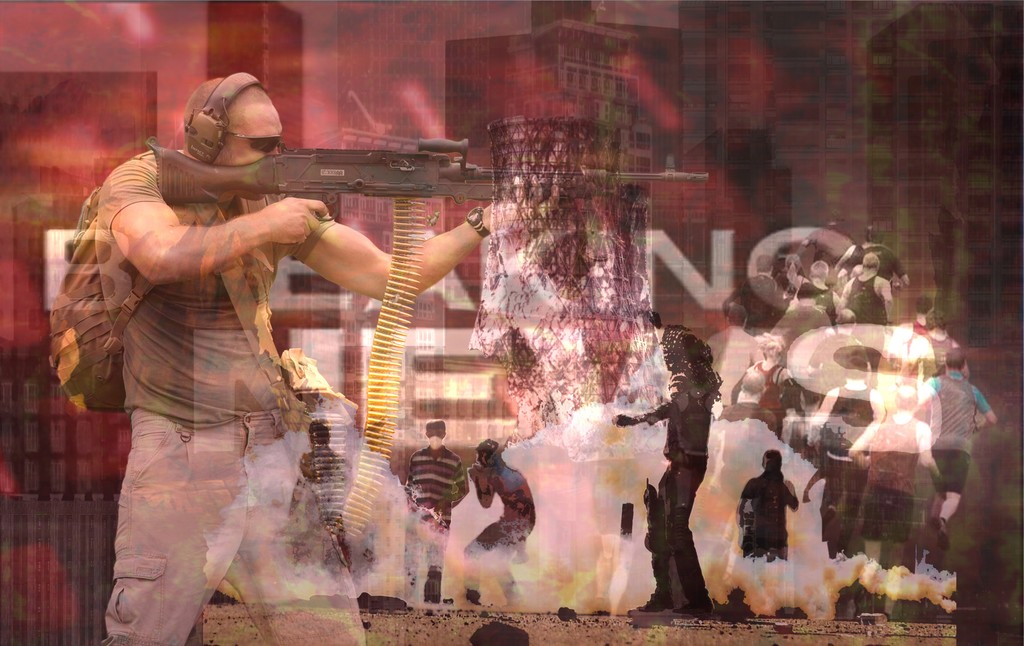 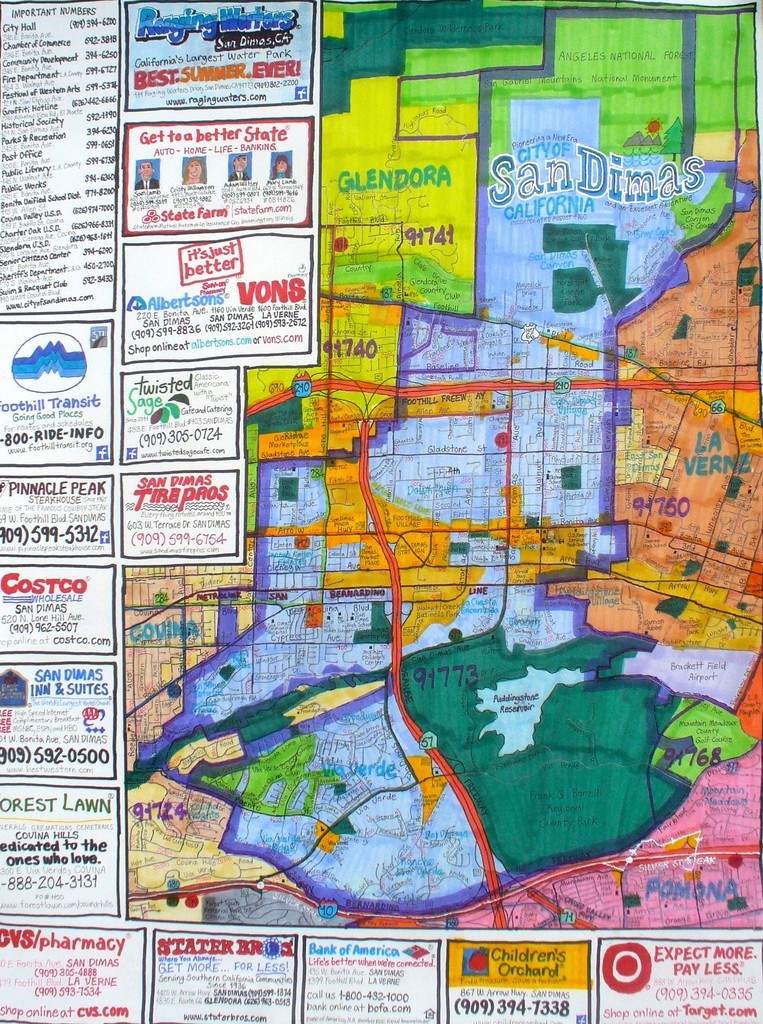 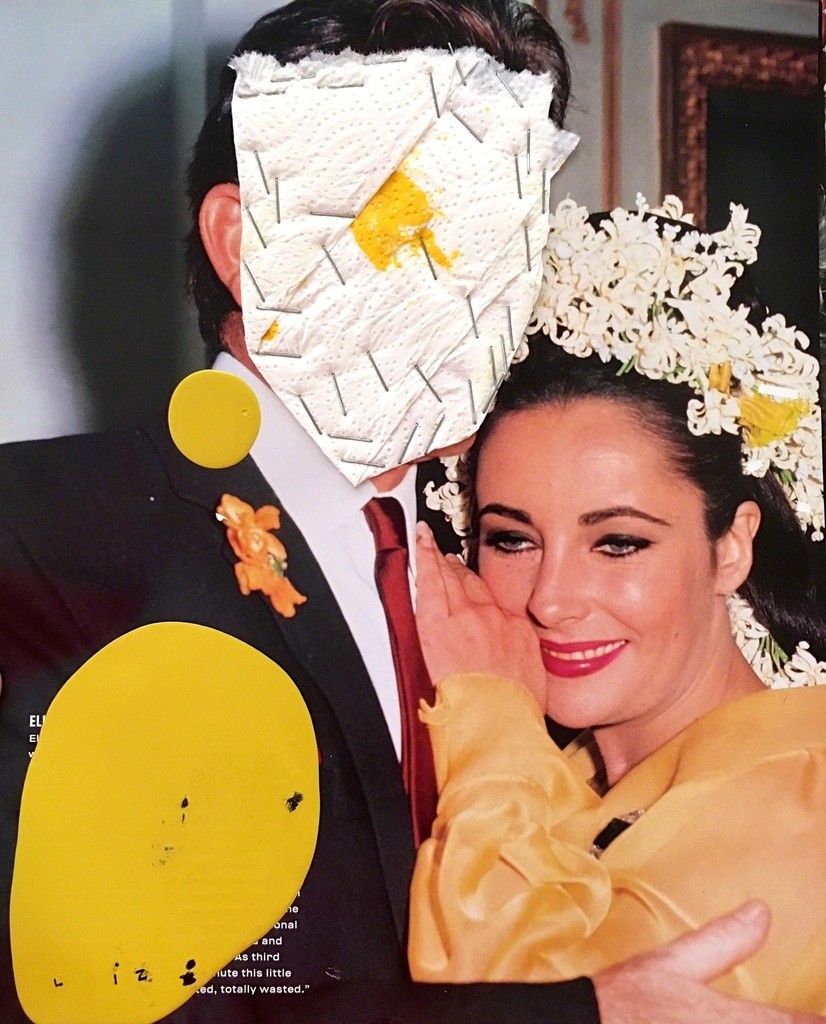 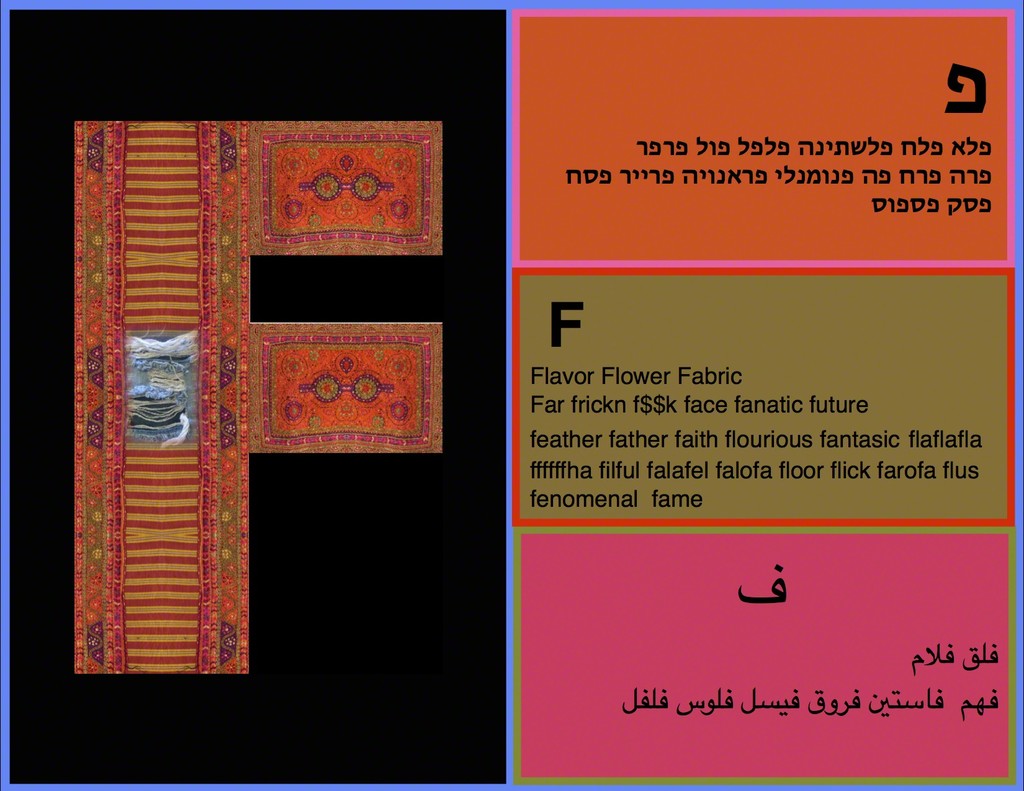 The morning after I was offered the chance to curate the September JTAG show I took a cross-country flight. Somewhere over the Midwest, restless and ready to just be there, I looked down through the clouds below. As I viewed the passing landscape, I reflected on the geographical diversity of the land, the sometimes-vast spaces between populations, and the sociopolitical variations that often occur regionally in this country. I considered that maybe there really is not one America, but many.

We each have an idea of national identity based on individual experience, background, and perspective. Is my America the same as yours? How do environment, cultural history, and point of view affect the way each of us sees this country? Is there such a thing as an American archetype, or does the dominant paradigm shift depending on individual interpretation?

For this show, I asked ten artists for work that expresses their individual American experience, raises questions about the culture and history that led us to be who we are as a nation, or represents a specific aspect of our collective identity. Though the work reflects disparate ideas, media, and processes, it is held together by that one central theme. Each artist brings a unique voice to a mix in which the components retain their singular identity while contributing to a cohesive whole. The resultant diverse exhibit reflects a variety of perspectives, creating a wide-angle view of this capacious land we call home.

Each of the artists in AmericaS has been asked to express their individual American experience, explore the culture and history that led us to be who we are as a nation, or provide a glimpse into a specific aspect of our collective identity.

The work of Tania Jazz Alvarez reflects her life growing up as a Mexican American in the greater Los Angeles area. Her paintings express a strong sense of heritage while acknowledging her community’s vulnerability to prejudice and racial profiling.

Lee Balan provides a dystopian vision of America in the twenty-first century, where gun violence pervades, political turmoil is rampant, and Big Brother is right over our shoulders.

Ken Foto’s images framing the detritus of our society speak to issues of consumerism and throwaway culture. His work also celebrates the exuberance of creativity that is at the center of the American ethos.

Cole James presents work that expresses her existence as an African American woman in contemporary society with a clear and honest voice. Through imagery and text she places her personal experience within a cultural framework.

In his National Enquirer series, Curt Lemieux gives us the reality T.V., tabloid culture that we as a nation seem to love. His altered magazine photos depict our fascination with celebrity, especially the joy we take in building them up only to tear them down.

Mike McLain has given us work that confronts our past as a slave nation, the white community’s participation in that history, and the continuing legacy of racism in America. While we erase the symbols of our shame we cannot as easily be rid of the ideas that they represent.

Seth Pringle’s installation represents the uniquely American phenomena of the yard sale. Using castaway signs from his neighborhood, he explores the DIY aspect of commerce and capitalism that can be found every weekend in communities across the land.

As an immigrant from Israel, Lidia Shaddow provides a different perspective than the other participants in the show. Her work explores English as a second language, combining the American cultural vocabulary with imagery, visual textures, and symbolism of her home in the Middle East.

Jessica Wimbley’s Americana series investigates multiple histories and identities, specifically as it relates to American identity formation. The work incorporates images of astronomical objects and large areas of the night sky, microscopic pictures of melanin, and stem cells, continuing the micro/macro relationship within the work.

With an iPad as a reference, Joe Zaldivar creates aerial view maps of American cities, as well as street level renditions using the Street View function of Google Maps. The resulting work twists time and location both spatially and conceptually.