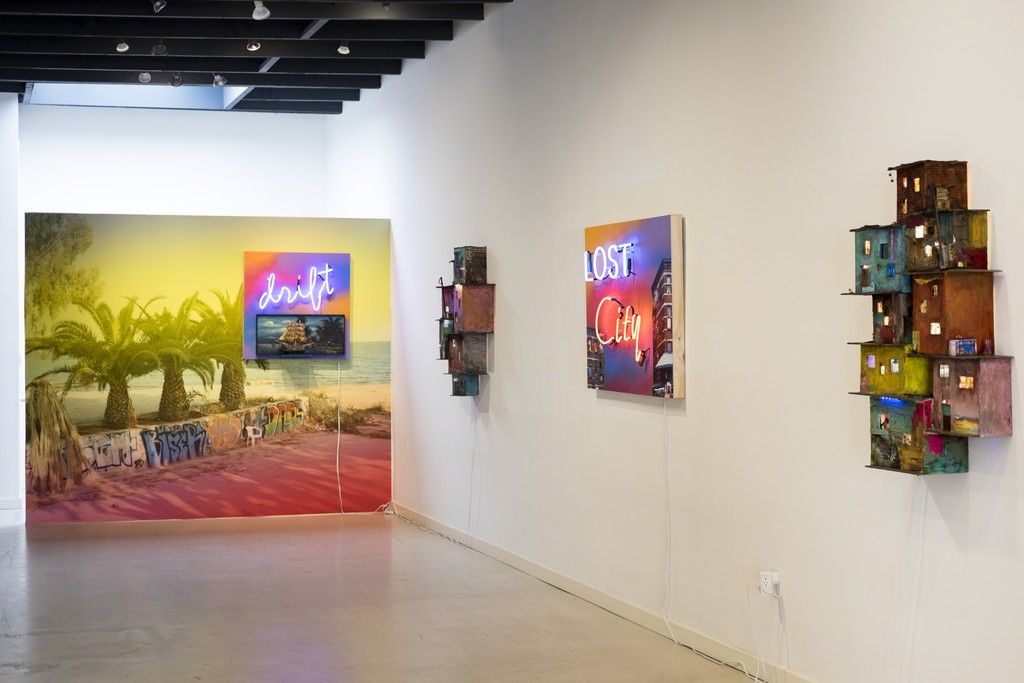 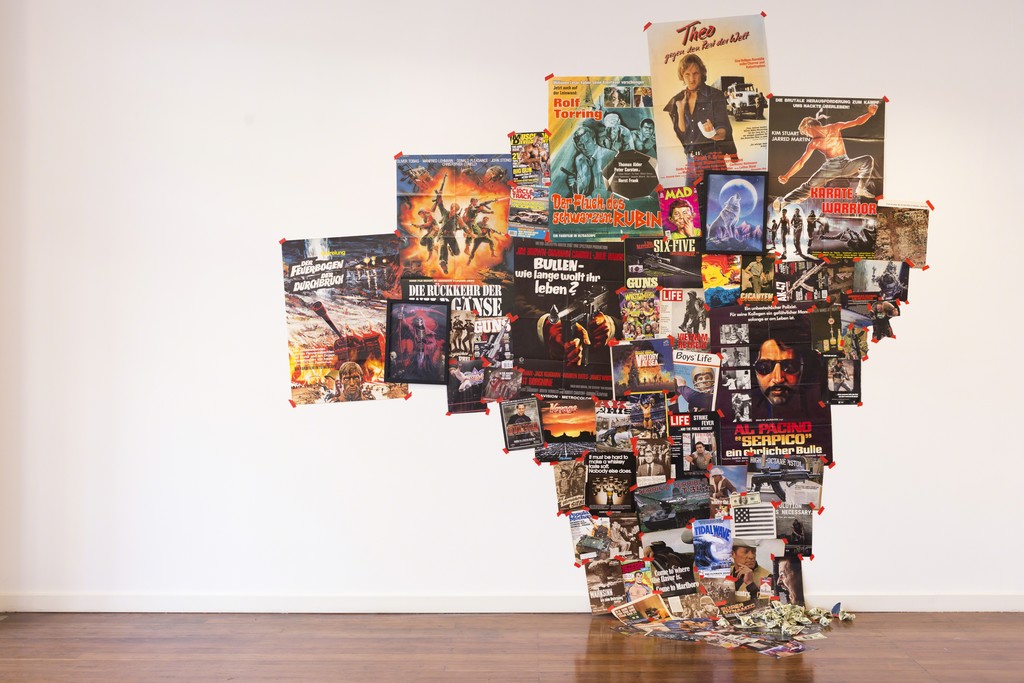 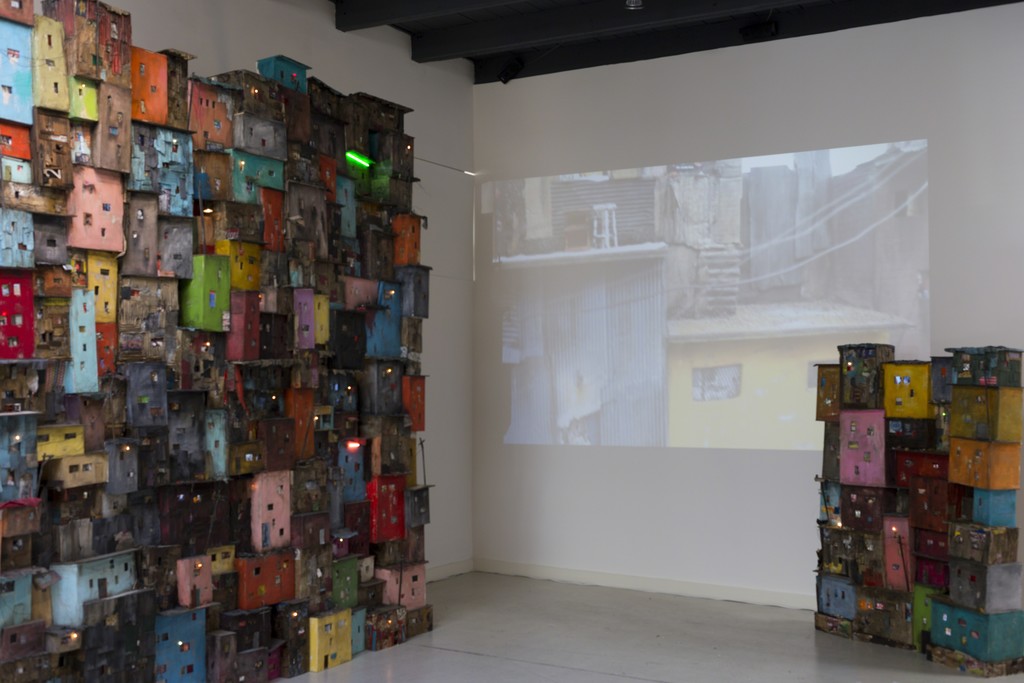 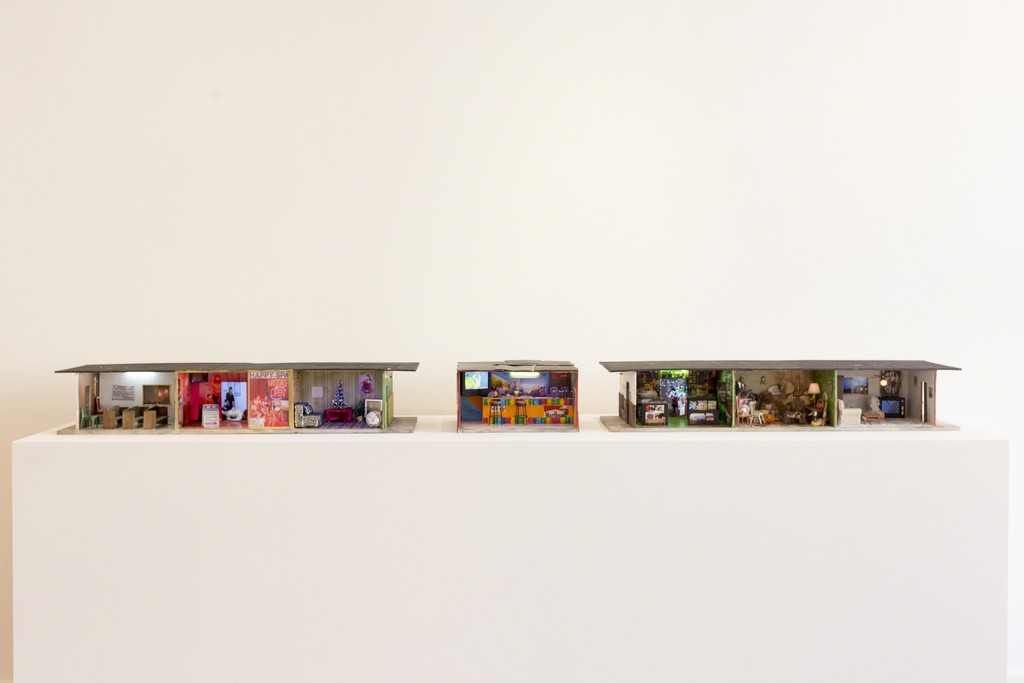 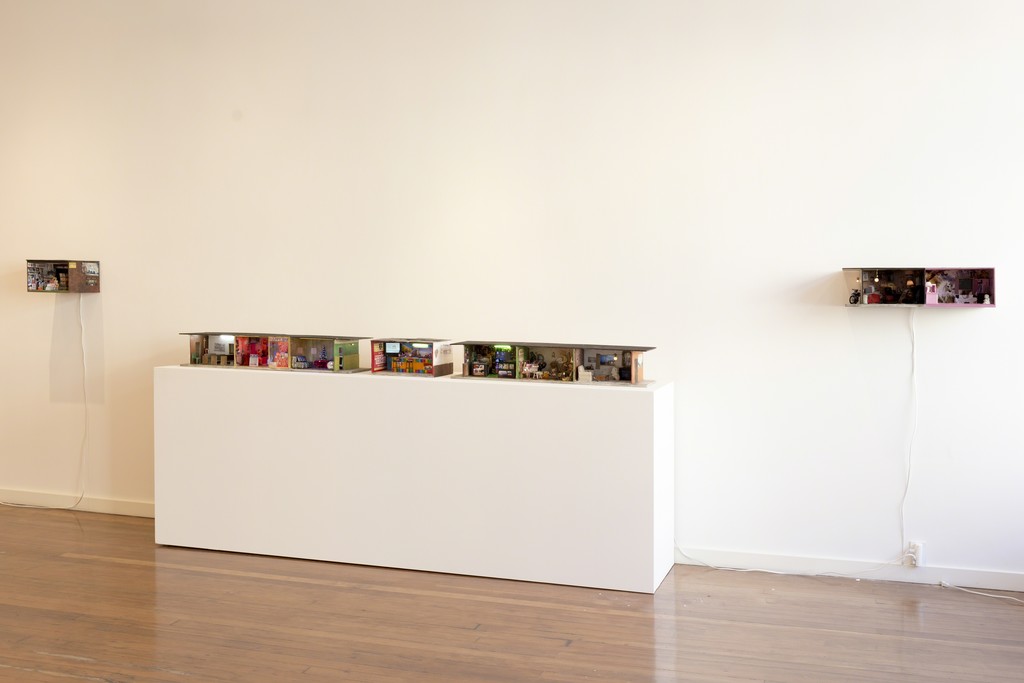 Jules Maeght Gallery is pleased to present Asphalt Jungle, a multi-disciplinary exploration of Tracey Snelling’s work in sculpture and installation. Asphalt Jungle is the Oakland and Berlin based artist’s second exhibition at the gallery, and first solo exhibition.

Asphalt Jungle invites the audience to enter Tracey Snelling’s universe: an intricate display of both intimate and monumental sculptural recreations and imaginations of an increasingly complex society. Handcrafted homes, rooms, and slums are alit with neon lights, found and created video footage, collaged photographs and collected sounds. Regardless of scale, Snelling’s construction and collage of material creates a manufactured distance between the audience and sculpture. This evokes a form of voyeurism, allowing observation of a wide range of scenarios at an intimate and often immersive level.

Nearly every sculpture has a video element, inserted as windows or on walls; the clips are specific to the piece -- they may be scenes from Chinese brothels or makeshift dwellings, Snelling interviewing strangers in the street, clips of burning trash, or scenes from the popular media such as the Simpsons.

Ranging from scenes of the artist’s hometowns of Oakland, California and Berlin, to motels in the American Southwest, and tenements and slums without geographic ties, Snelling’s works portray the vast peculiarities in contemporary life. As each detail is drawn from her own surroundings, signage and recognizable imagery, the rooms and buildings become templates through which to understand the people that frequent and inhabit these buildings, rather than architectural spaces themselves.

While there may be little resemblance between a Chinese KFC, a house in Oakland, or a German tenement, there is a thread that ties together these vignettes, creating Snelling’s larger world and worldview. Each is an instance of the vastness that is the asphalt jungle, the global sprawl.

Time and time again, Snelling’s scale, dispersions of signs and video footage, and usage of finished facades amidst incomplete backgrounds, hint at the humanity that inhabits the world of her models. Whether her implicit characters face idiosyncratic problems in Californian scenes, or severe issues of poverty as in One Thousand Shacks, her works are united by a refreshing breath of resilience.

Writing about One Thousand Shacks, Snelling declares: There is both a vulnerability and strength found within the poverty-stricken slums throughout the world. In the midst of heavy burdens that these communities deal with on a daily basis, such as lack of food, poor sanitation, polluted water, and exposure to hazardous waste, many individuals facing these challenges are strong-willed and resourceful. They are a celebration of humanity in the middle of tragedy. I created One Thousand Shacks to refocus awareness on the immense and overwhelming issue of global poverty, which we even see growing in our own community, outside our own doors.

The exhibition also features two new works in neon, collaged with photos and sculpture. In Drift, the eponymous words glow above a painting of a tropical island with an antique Chinese ship floating in front, the two set against a pop-colored gradient. Lost City spells out its title, the tops of buildings and their inhabitants nearly washed out from the technicolored background it sits against. These two pieces speak not only to the struggles of life in the asphalt jungle, but to the potential as well. Yet behind the drifting and the capability to be lost beyond belief, there is an an air of possibility and potential for betterment, one exuberant in bold colors and palm trees.