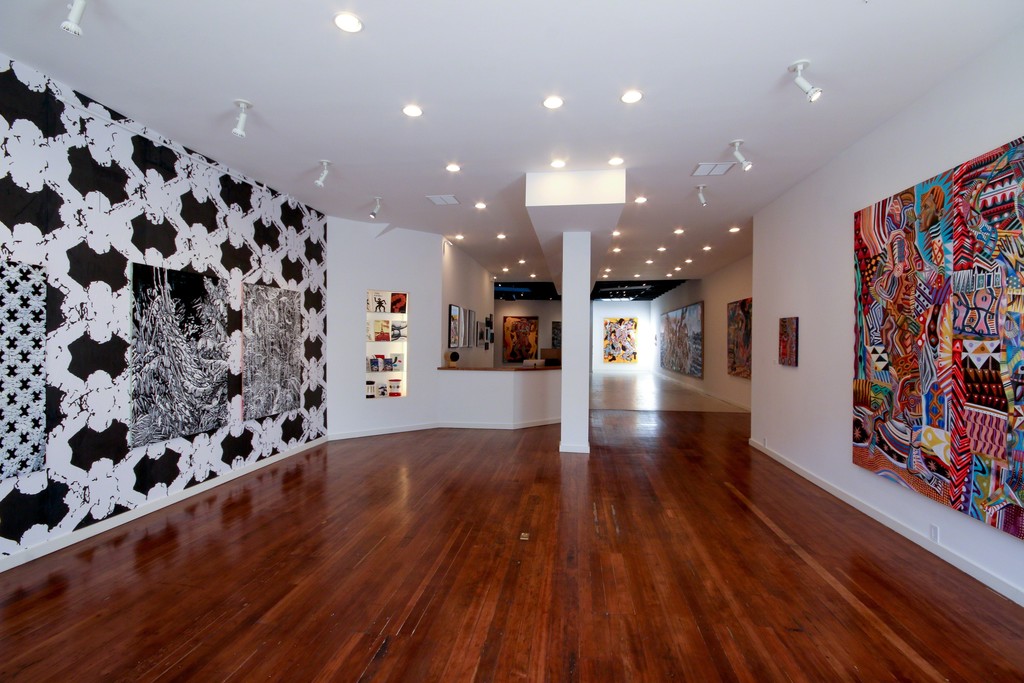 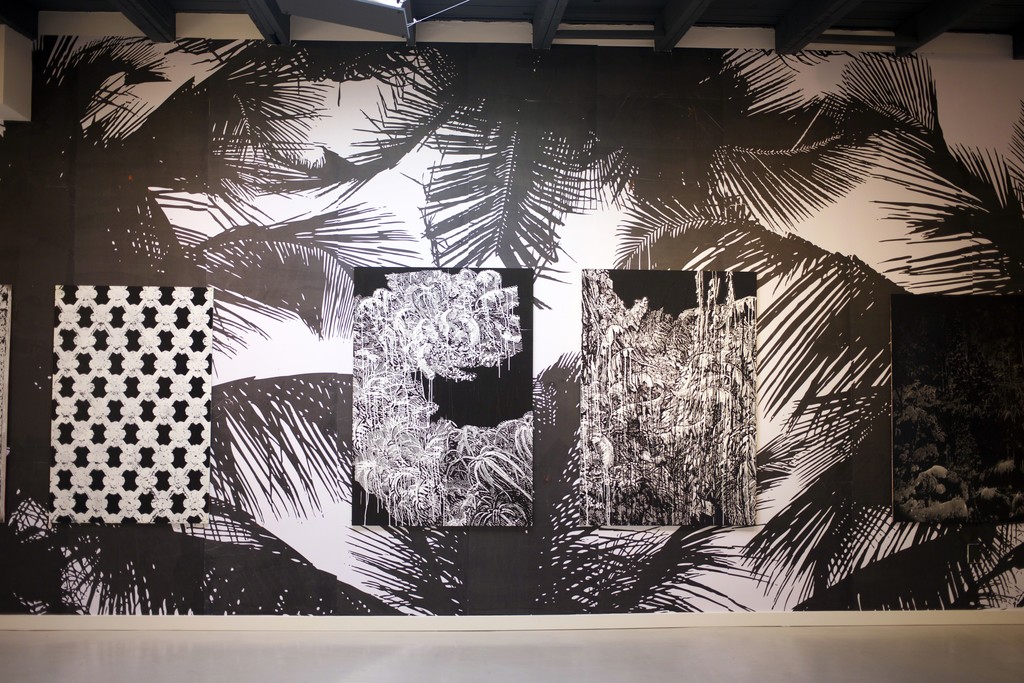 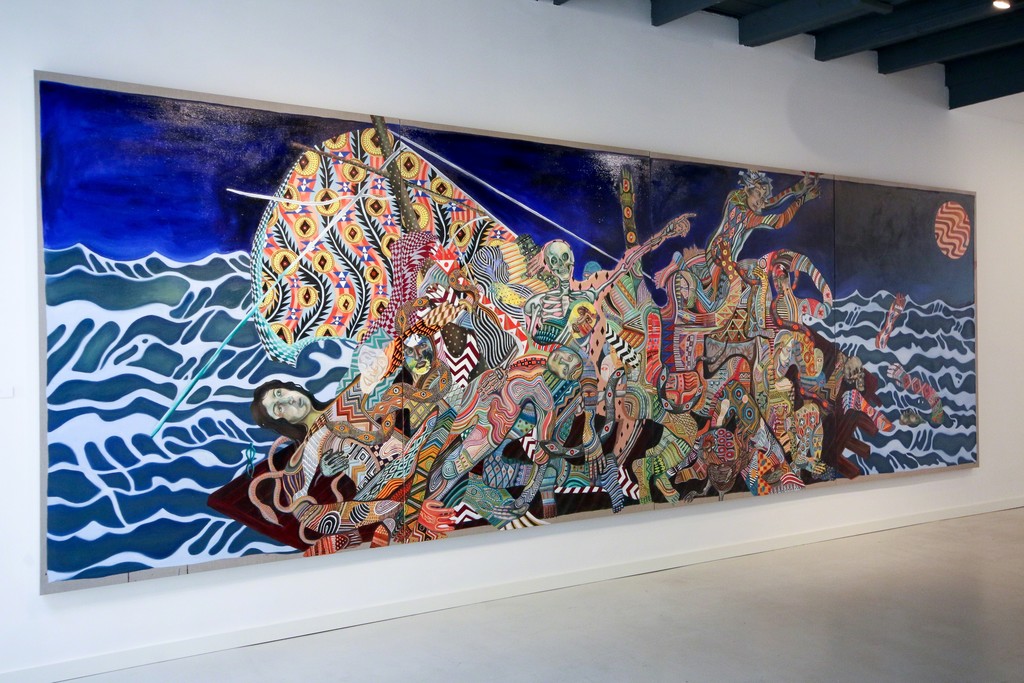 The title for the exhibition comes from the Francis Bacon quote: “Painting is the pattern of the nervous system being projected on canvas” and features commissioned new work by two emerging young artists. Pierre Roy-Camille from Paris and Zio Ziegler from San Francisco are known for their energetic and studied relationship to canvas and paint and for their street art and interface in the worlds of fashion and technology. Roy-Camille and Ziegler both engage in studio and street practices and create bold paintings and murals with distinct signature styles. Jules Maeght Gallery brings these artists together for the first time in a show that will transform the gallery space with a dramatic and dynamic exhibition design, murals, wall drawings and site-specific paintings.

The work of Paris-based Pierre Roy-Camille responds to the Hip-Hop, Rap and graffiti of his generation, using improvisation, sampling and collage. Roy-Camille is influenced by nineteenth century illustrator- print makers such as Gustave Doré and aligns himself with contemporary artists such as Christopher Wool and Ed Ruscha. Roy-Camille’s main subject matter is the natural world which he interprets onto multiple surfaces such as walls, wood and canvas in order to evoke his own experience. Pierre Roy-Camille defines himself as a “producer of images,” concerning himself more with the final image itself than the specific process, medium or technique.

Bay-Area native Zio Ziegler, is motivated and driven by a comprehensive knowledge of art history and philosophy, a sensitivity to the pervasiveness of technology and the ubiquity of image making. With his unstoppable zeal to mark-make, Zio Ziegler creates immersive work on multiple surfaces that is de ned by a distinct palette of colors and recurring tribal and modernist motifs reminiscent of Picasso and Leger. Zeigler’s paintings and murals capture the velocity of the world around him as well as his global travels and experiences. “We live in a culture that is saturated by images, there is no such thing as an ’original’ image.” says Ziegler “I am interested in paying homage to past images and actively engaging and displacing art historical references, such as with The Raft of the Medusa, an oil painting of 1819 by the French romantic painter Théodore Géricault that I have re-visited specifically for this exhibition. Géricault’s Raft of the Medusa not only includes a portrait of Delacroix in it and references so many other painters before him, but it in uenced future painters the likes of Turner and Courbet and Manet. As a painting it is already an allegory of painting.”