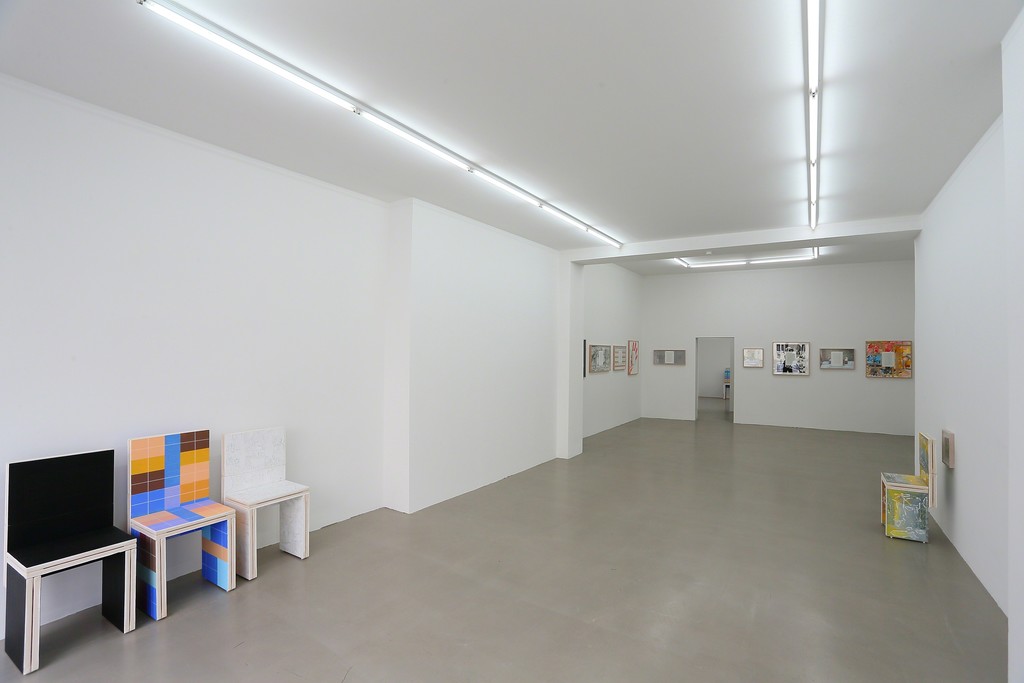 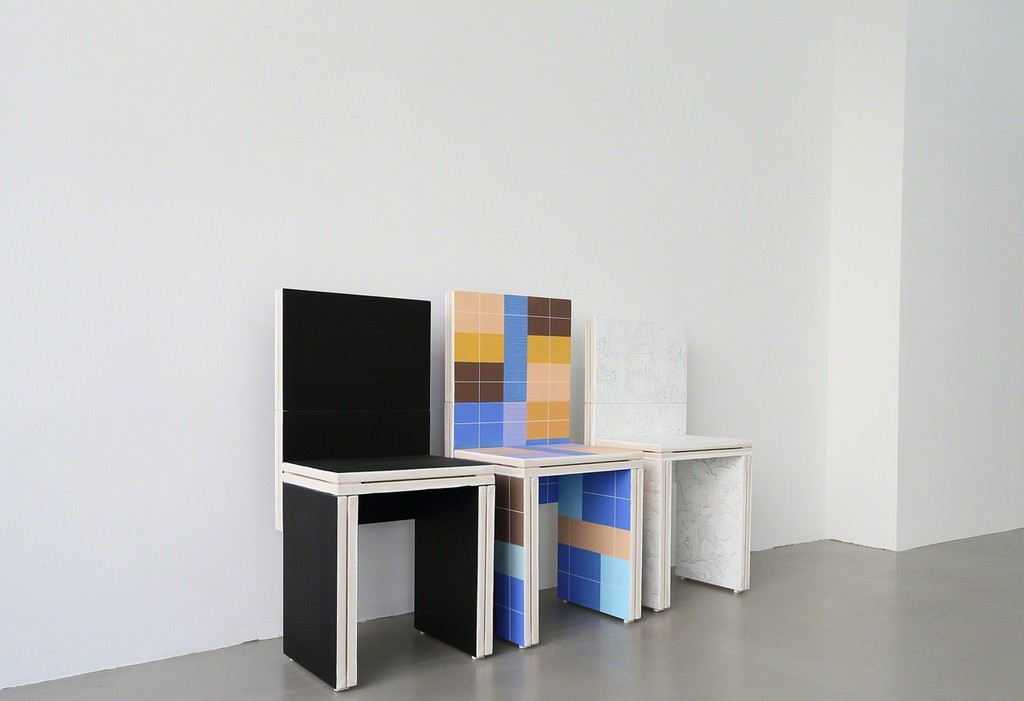 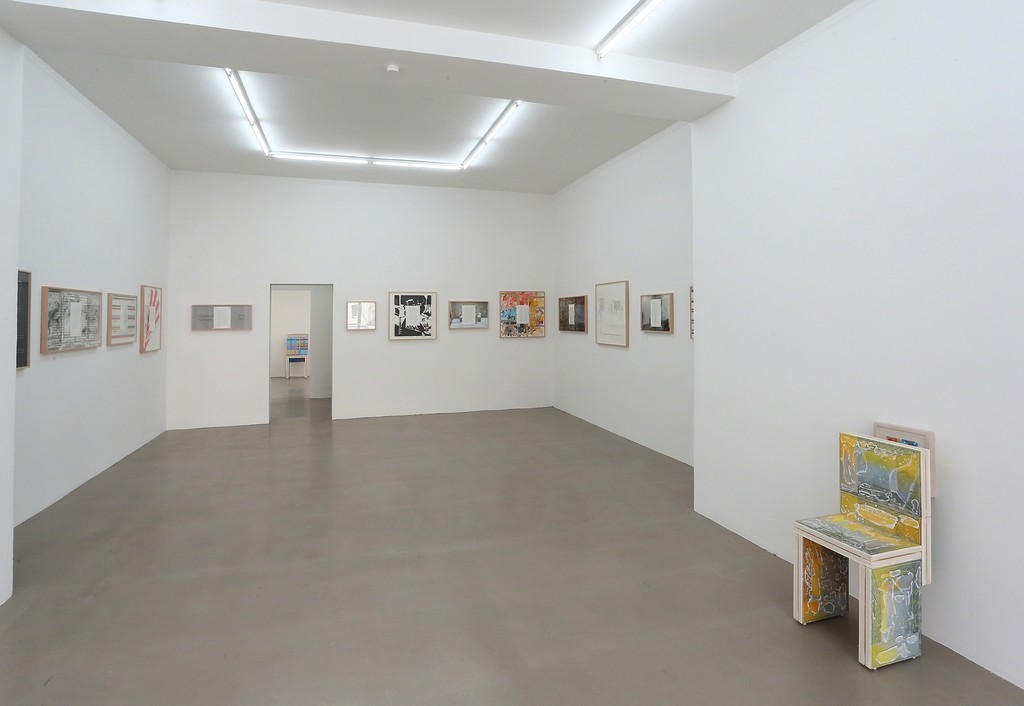 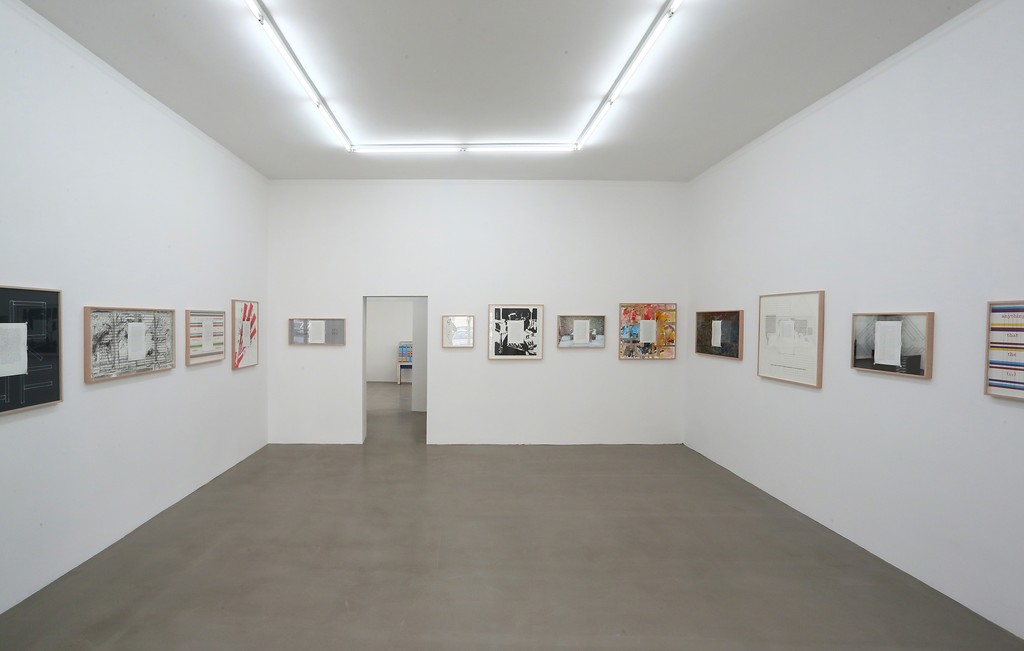 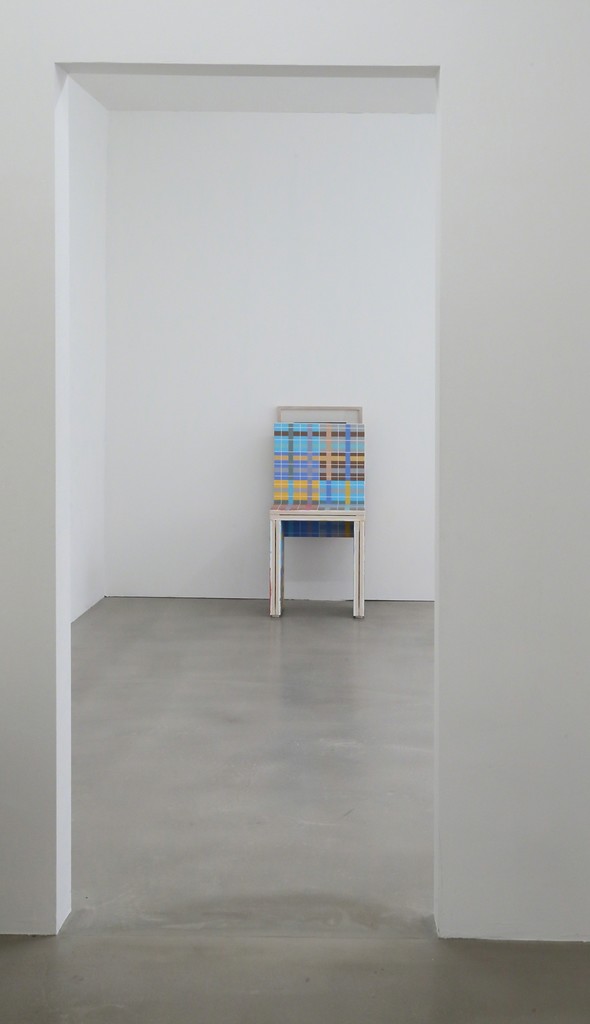 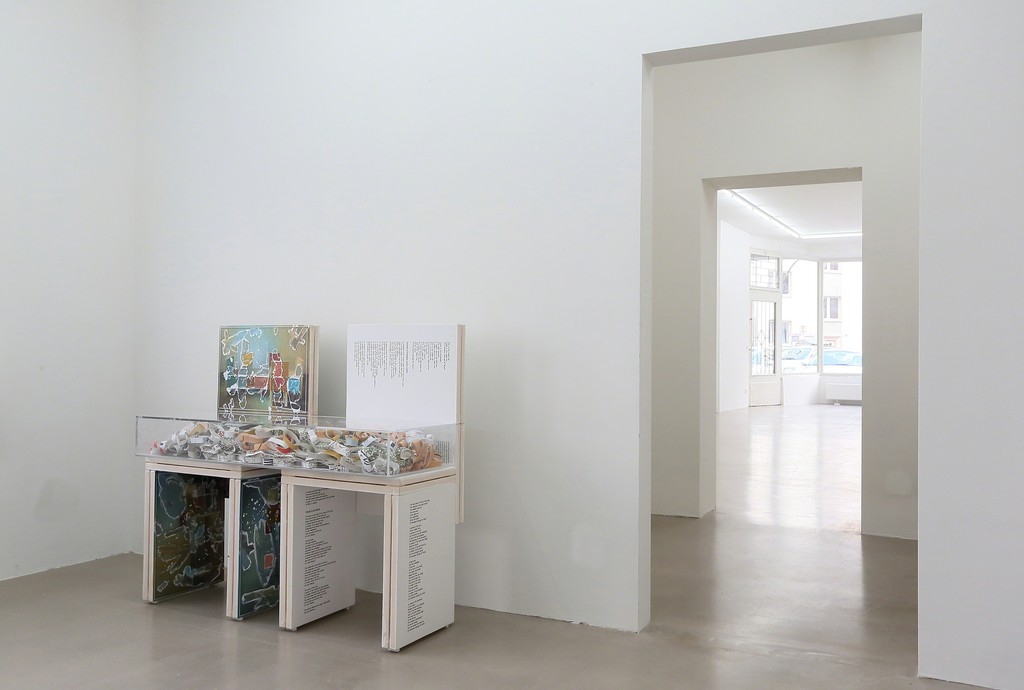 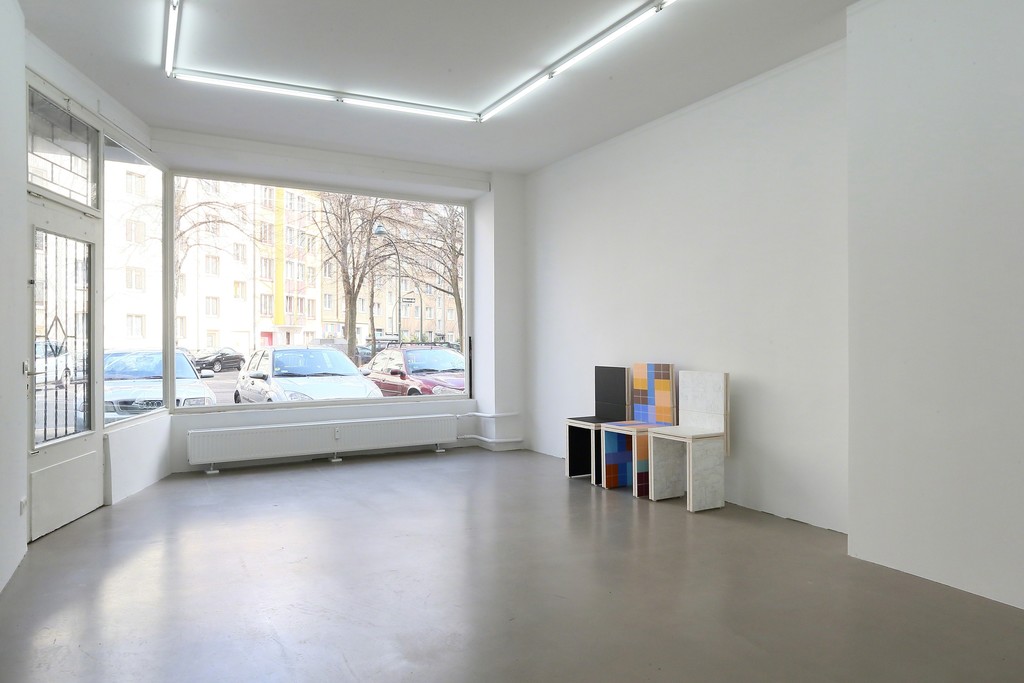 In the 1960s, Art & Language radically expanded the concept of art, dismantling the orthodox categories of modernism, and integrating texts taken from the originally separated cultural sphere of art criticism and everyday life into fine art. This is revealed in a special way in their collaborations with the avant-garde rock band The Red Krayola, for whom Art & Language have written song lyrics and partially also performed with since 1974.

Ever since their foundation in 1968, Art & Language have stood for a critical examination of the conventions of artistic practice. With the publication of the eponymous magazine "Art & Language" in May 1969, the issue at first was to expand the modernistic concept of art, which at the time exclusively defined painting and sculpture as art forms and attributed texts only to art theory and art criticism. The work "Index 01" shown at the documenta 5 in 1972, marked the dissolution of the boundaries between artist, critic and viewer. Texts from the magazine "Art & Language" were collected in file cabinets, wall texts functioned as an "index", leaving it up to the interpretation of the viewer to establish possible connections between the index and the collected texts as well as between the texts. The strategy of "indexing" is characteristic of all works by Art & Language. While other proponents of Conceptual art entirely rejected sculpture and painting, Art & Language from 1975 onward began critically integrating these genres into their work, for as the art writer Charles Harrison formulated it in regard to the working method of Art & Language: There should be no You cant walk there, its off the map! The output of Art & Language often examines relations between art-historical genres, working methods and socio-political systems of meaning. For example, the drip and spatter technique of the "hero" of American modernism, Jackson Pollock, is manipulated so as to form an icon of Socialist Realism as "A Portrait of Vladimir Lenin" in the style of Jackson Pollock; or Gustave Courbets "LOrigine du Monde" (1866) that disappears behind a monochrome rectangle recalling the "blank" paintings of Malevitch. Pictures are combined with philosophical texts, personal letters or parts of self-composed song lyrics, or they appear in the form of alleged design objects.

The collaboration with The Red Krayola runs like a common thread through Art & Language`s current show in Düsseldorf. The 14-part series "The Letters to The Red Krayola" are dialogues in several respects. The series refers to works from the 1960s until today. However, these works are no longer fully visible. One-page letters are attached to the surface, virtually concealing the content of the artworks. As supposed commentaries on the works of art, they become "misplaced polemics" that do not refer to the works they actually hide, though, but to another concealed work within the 16-part series. All letters are addressed to "M", standing for Mayo Thompson, the founder of the psychedelic avant-garde rock band The Red Krayola which has existed since 1966. In collaboration with Mayo Thompson, Art & Language have written the lyrics for five albums and three singles. The song lyrics were a kind of continuation of the "index" works. The album "Sighs Trapped by Liars" produced in 2007 is also the title of an installation that was on view at the documenta X in 1997 and was based on the "chairs" of the current show in Düsseldorf.

These "chairs" are by no means meant for sitting. They consist of small-format, painted canvases, partially printed with texts by Art & Language. Each chair consists of nine canvases and each canvas is unique. Viewing the "chairs" creates an equation of several cultural views and definitions. There are paintings that do not hang on the wall, but become "work pieces" of a sculptural object that is not recognised exclusively as an artwork, but "appears" in the form of an object of everyday use. In this sense, the "chairs" simultaneously "occupy" several levels of meaning: contemplation and decoration, to "view an artwork" in the traditional sense and to "design" a space in this activity. In the sense of "indexing", each of these "chairs" refers to a different work group or action by Art & Language. For example, the work "An Interview with Mayo Thompson" composed of three "chairs" integrates a conversation between Mayo Thompson and Art & Language. The text can hardly be read, however, due to the black overpainting and the reformatting to a chair. The interview itself was staged at the University of Chicago by the German theatre group The Jackson Pollock Bar as a so-called "theory installation". Another "chair" consists of nine different drawings of the recording studio used by Art & Language together with The Red Krayola, and the third "chair" is made of canvases on which the text "Art & Language Sings a Song" is printed. It was also performed by The Jackson Pollock Bar but is now hidden by abstract painting. Another "chair" collective, the "Five American Background Songs", is also based on a collaboration with The Red Krayola. The right-hand "chair" displays song lyrics from the album "Five American Portaits". "Portrait of Wile E. Coyote", "Portrait of George W. Bush", "Portrait of Jimmy Carter", "Portrait of John Wayne", and "Portrait of Ad Reinhardt". In another piece, the visual portraits of George W. Bush, Ad Reinhardt, John Wayne, Wile E. Coyote, and Jimmy Carter were literally "dissolved" and now "reconstructed" in the form of song lyrics. The left-hand "chair" shows pictures of the studio of Art & Language that are distorted by "spots" and "revived" as a new painting. Both chairs bear a plexiglass box containing loose "chains of paper". These are actual or rejected works that were cut up and in this new, "whole" form ironically refer to the role of the artist in his studio and his relation to the viewer.

Since 1977, the work of Art & Language has been in the hands of Michael Baldwin and Mel Ramsden. They live and work in Oxfordshire, UK. Their participation in documenta V, VII and X, as well as numerous solo shows at, for example, PS1 in New York or the migrosmuseum Zurich underline Art & Language`s relevance to contemporary art. Works of Art & Language are included in the collections of the Tate Gallery London, the Museum of Modern Art New York, Centre Pompidou Paris and the Museum Moderner Kunst Wien, just to mention a few.