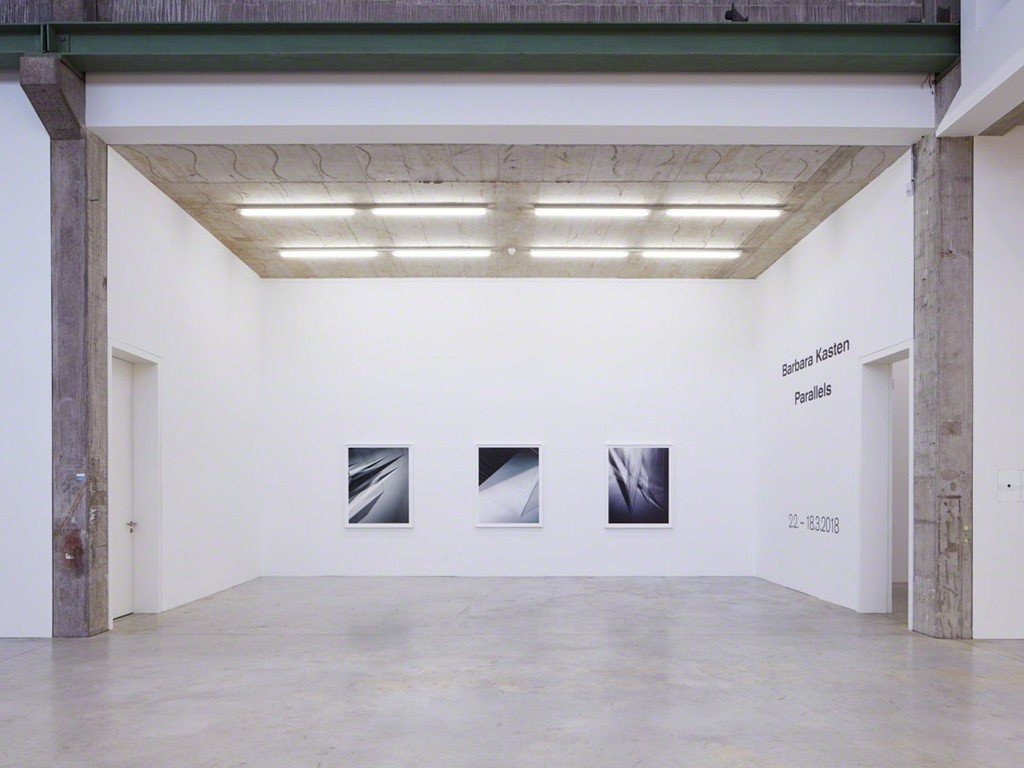 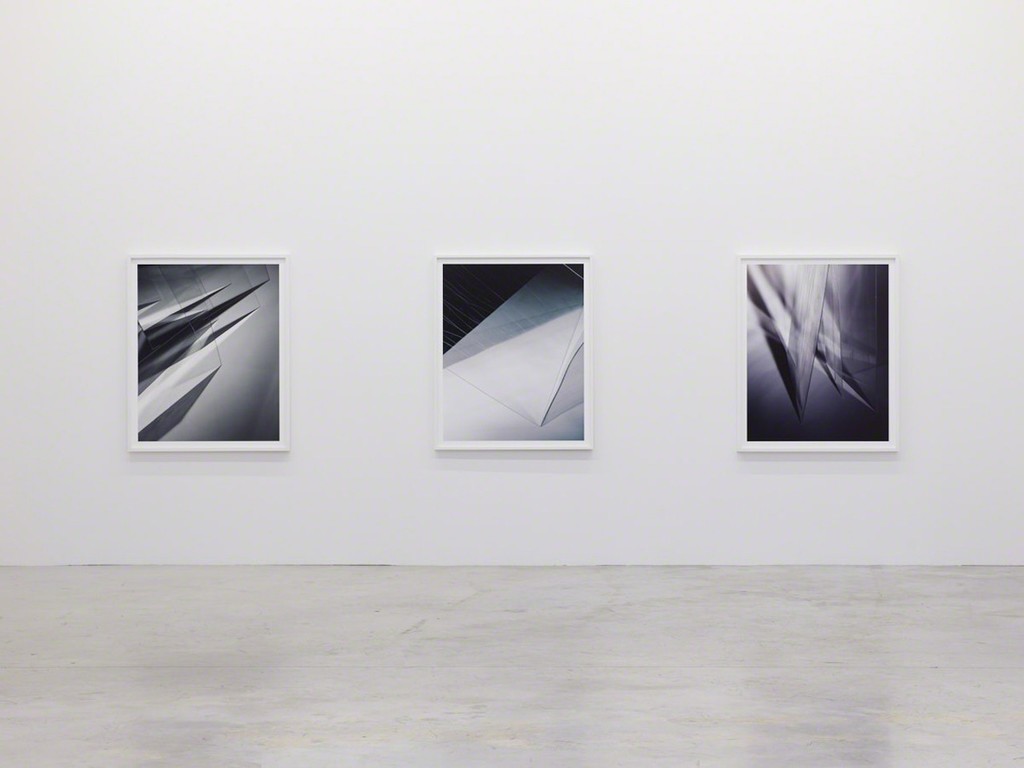 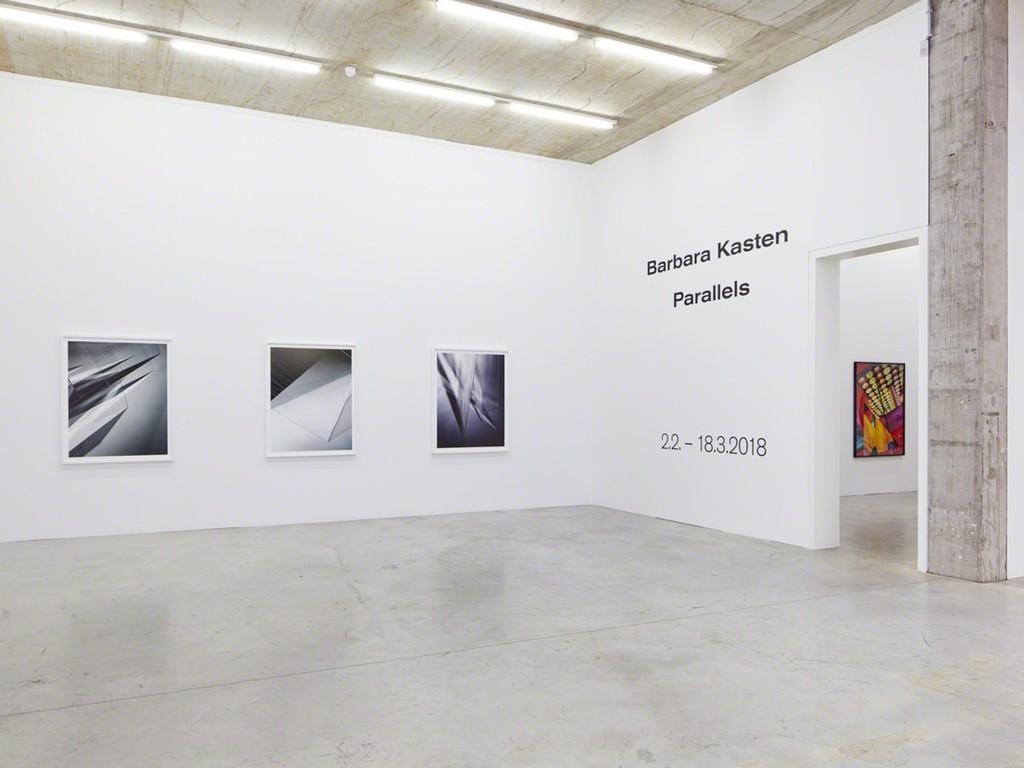 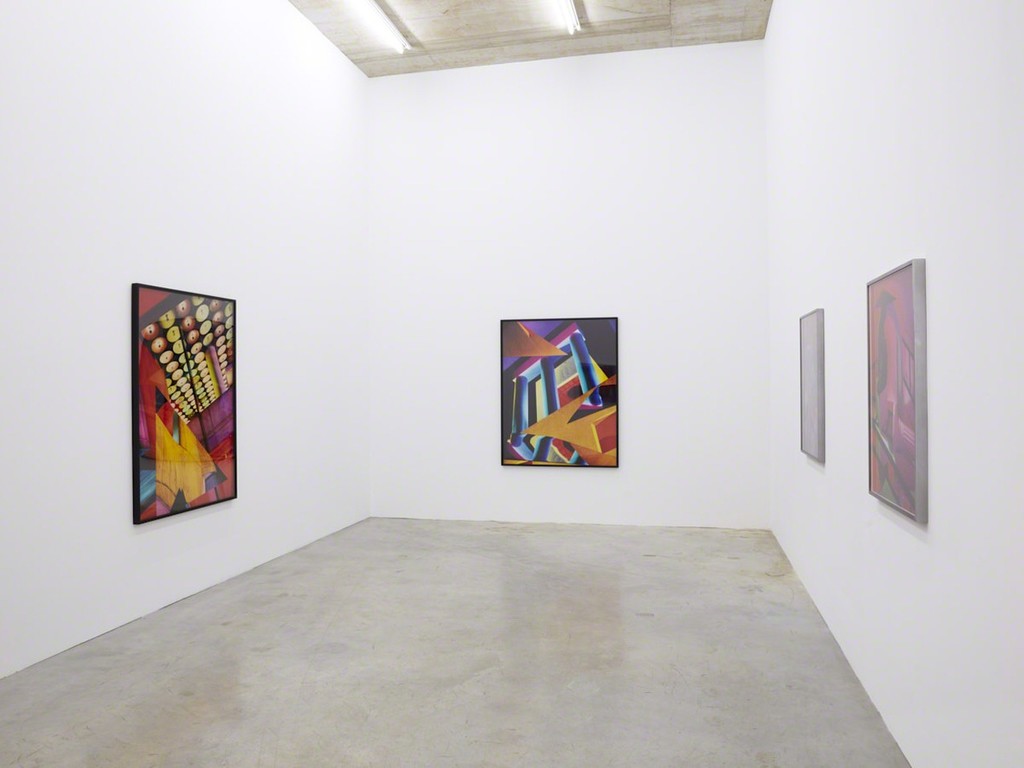 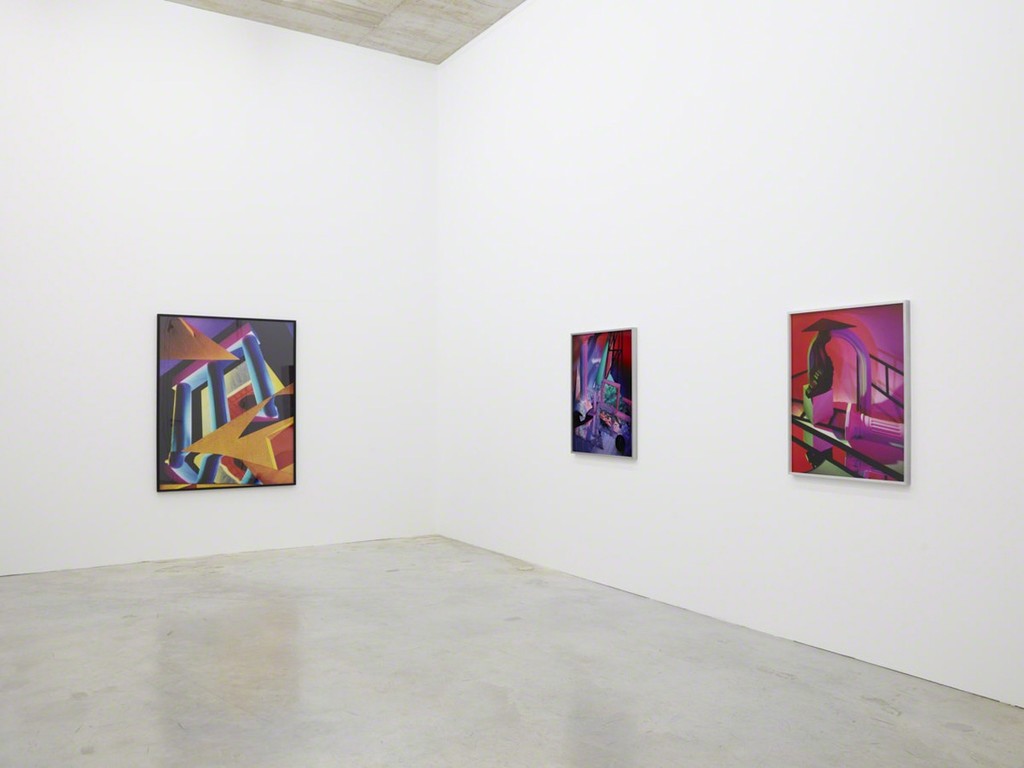 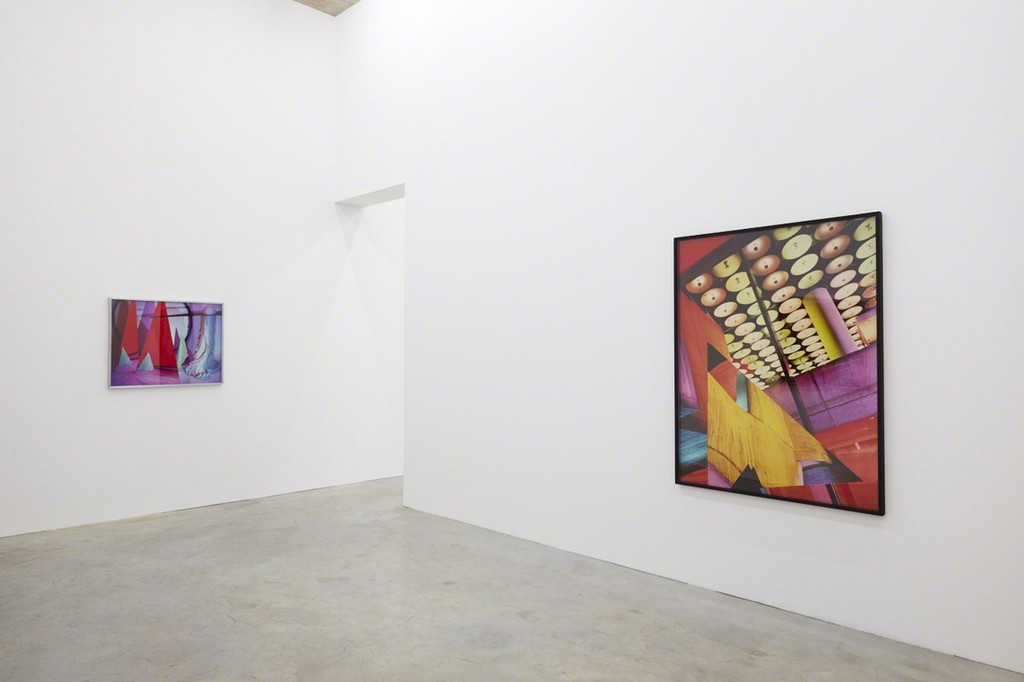 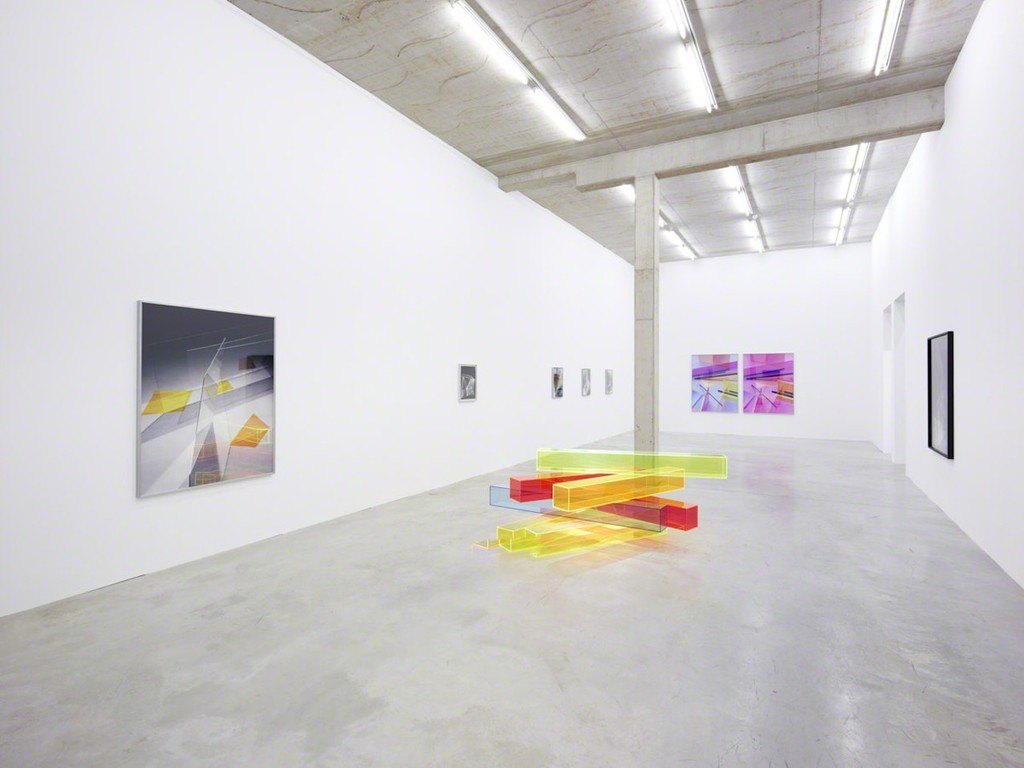 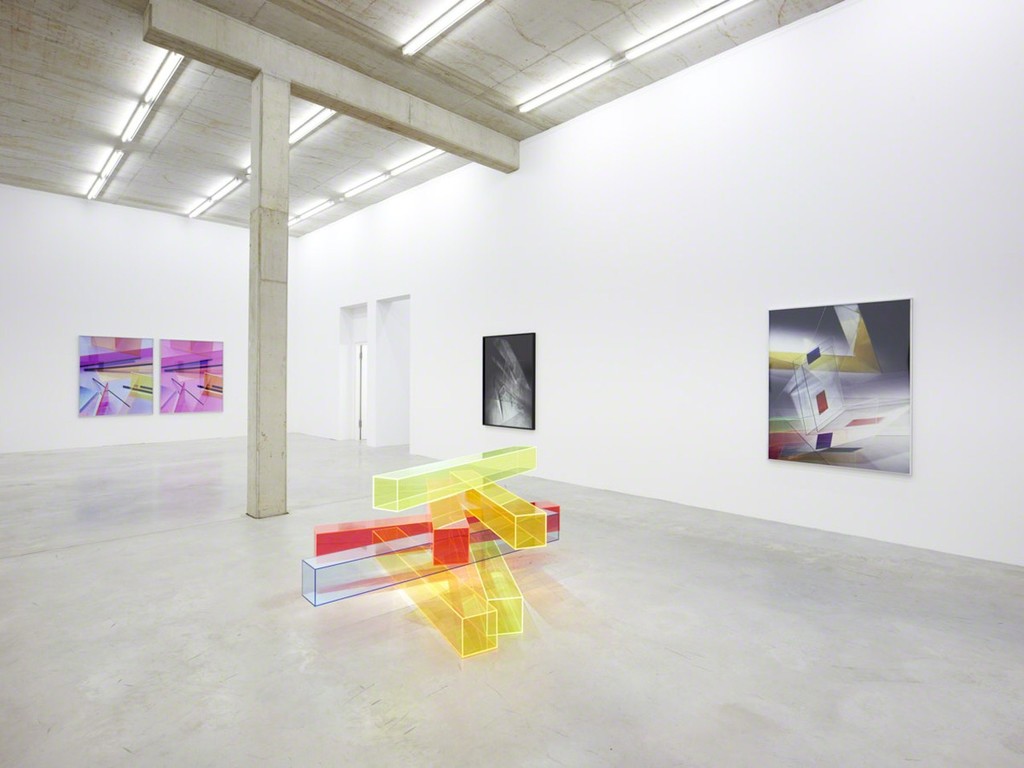 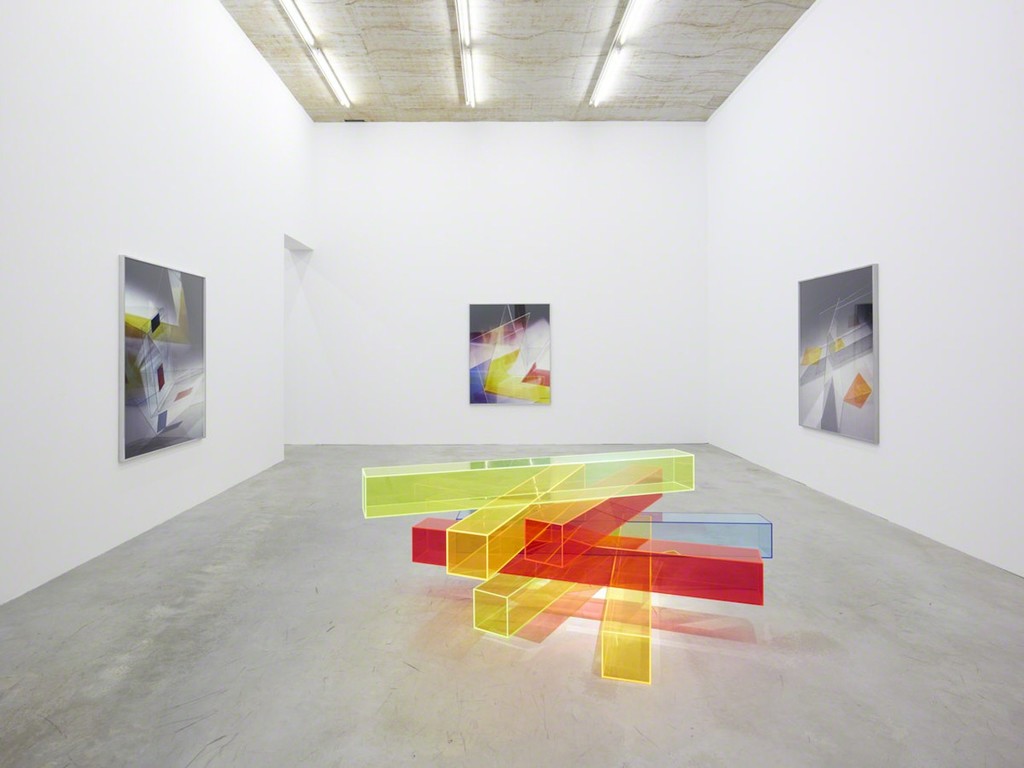 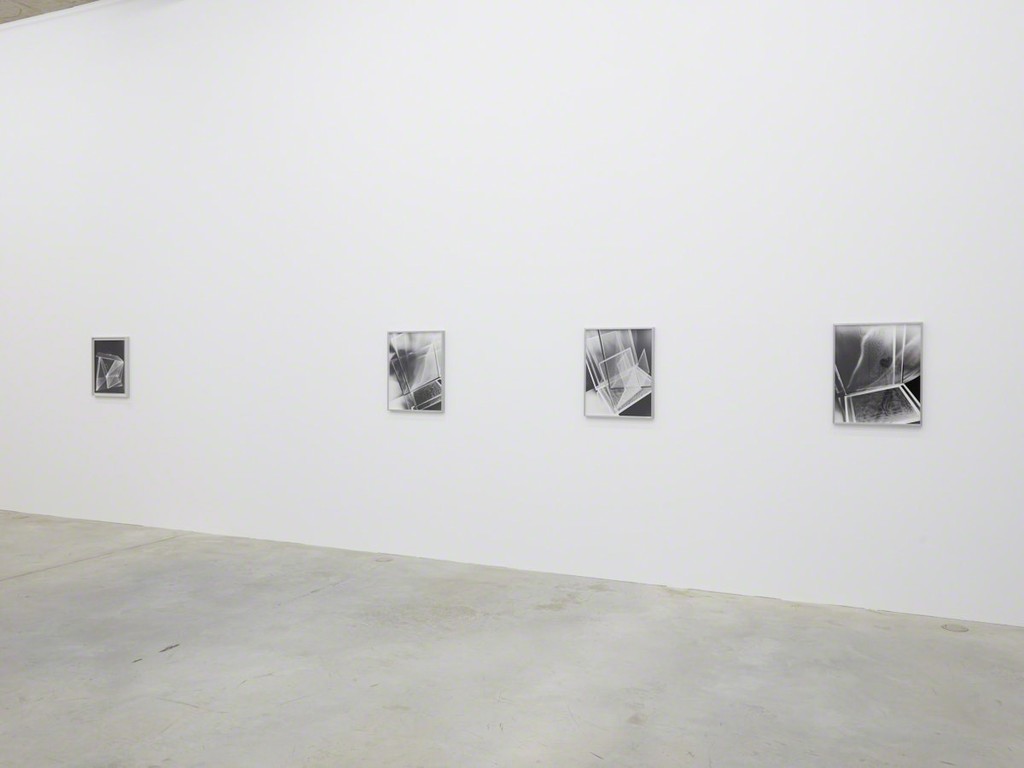 Having displayed her large retrospective Stages in the Institute of Contemporary Art Philadelphia in 2015, the Chicago based Barbara Kasten will show her first retrospective exhibition in Germany with Parallels at Philara Collection. Photographic investigations, the relation to volume as well as the exploration of light and shadows are fundamental and recurring elements of Barbara Kasten’s work. Movement and the link to painting, sculpture and
architecture through photography also play a key role. Herseries Construct is created in action, by moving through an installational set produced with requisites such as glass, mirrors or metal constructions. The scene of this constructed stage is set with colourful light and is formed into an image architecture. Since 1986, Barbara Kasten expanded this approach into the architectural space. Her series Architectural Site addresses the subject of corporate architecture. Through monumental light arrangements and large mirrors, Kasten
transforms impressive bank- and museum entrance halls into abstract constructions. Familiar post-modern
architecture und their respective connotations are thus deconstructed. Even though the formation process is
analog, they will appear as psychedelic and digital collages. In addition to the influences of the Light and Space-
Movement, Kasten’s work is pervaded with ideas that had been developed at the Bauhaus. Besides the influences
from her studies with Trude Guermonprez at the CCAC, Kasten’s series Amalgam, Studio Construct or Scene show
similarity to the early photographic experiments of László Moholy-Nagy.
Barbara Kasten removes painting, sculpture, architecture and photography from their original functions, and
transforms them into abstract displays. In doing so, she plays with dimensions, makes transparency and movements
visible, phenomenologically approaches the relationship between object and camera and manifests light as a
creative premise.

In collaboration with Deborah Irmas in 1990, she produced the film High Heels and Ground Glass:
Pioneering Women Photographers, which will be shown next to a portrait of Barbara Kasten during Düsseldorf
Photo Festival 2018 at Philara Collection.