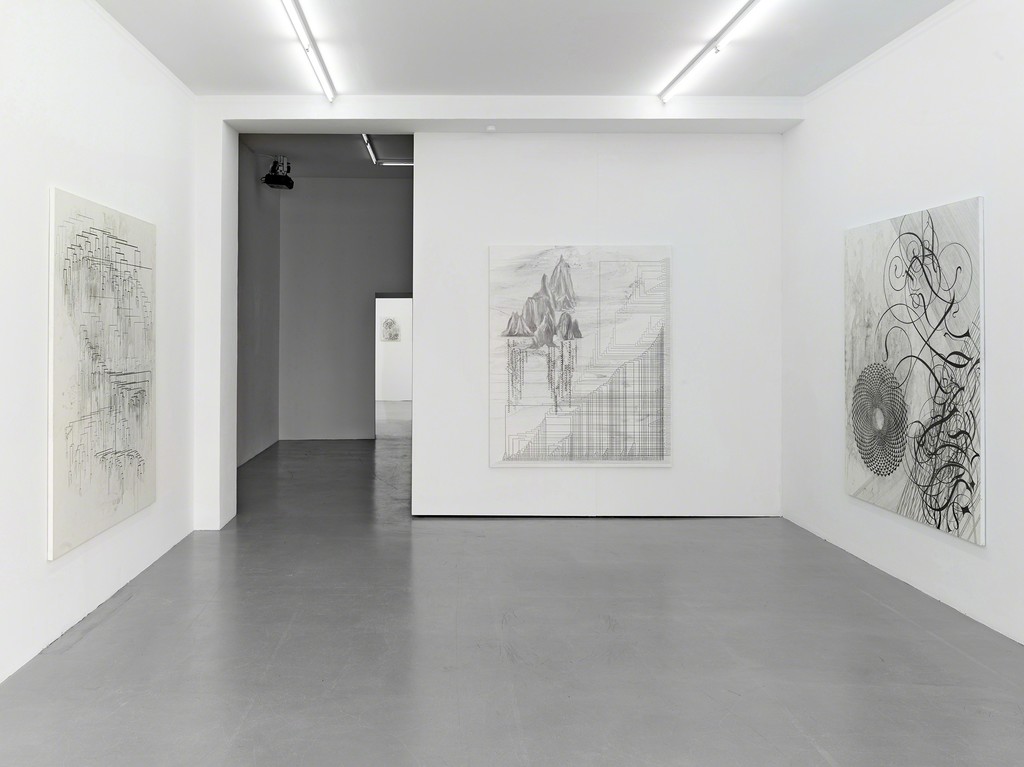 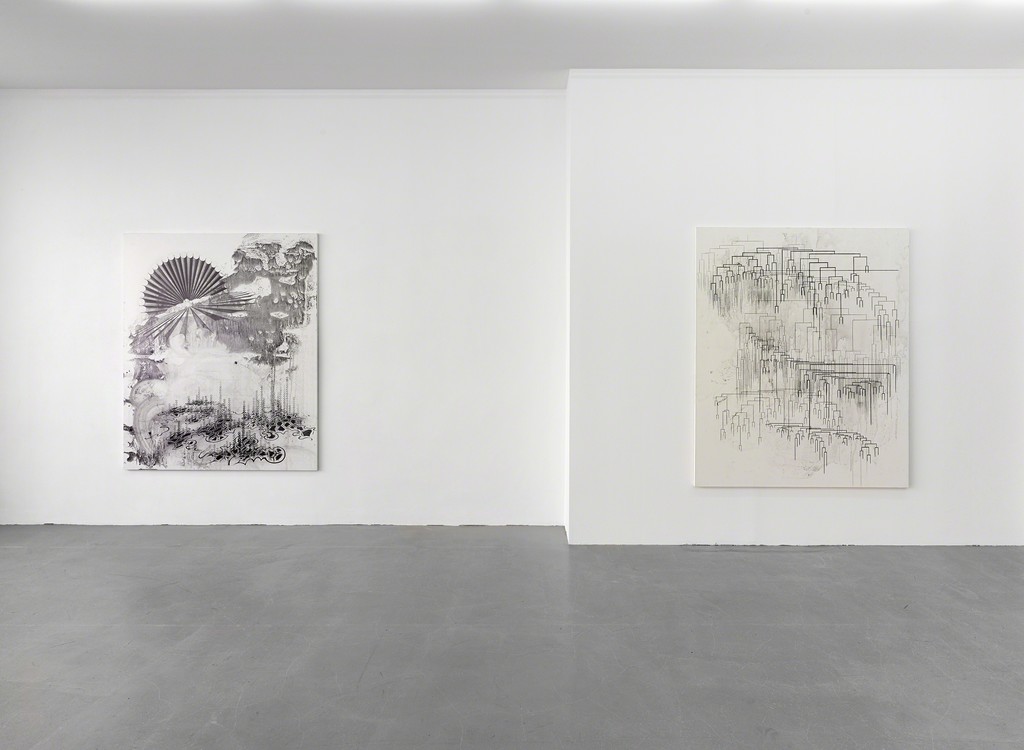 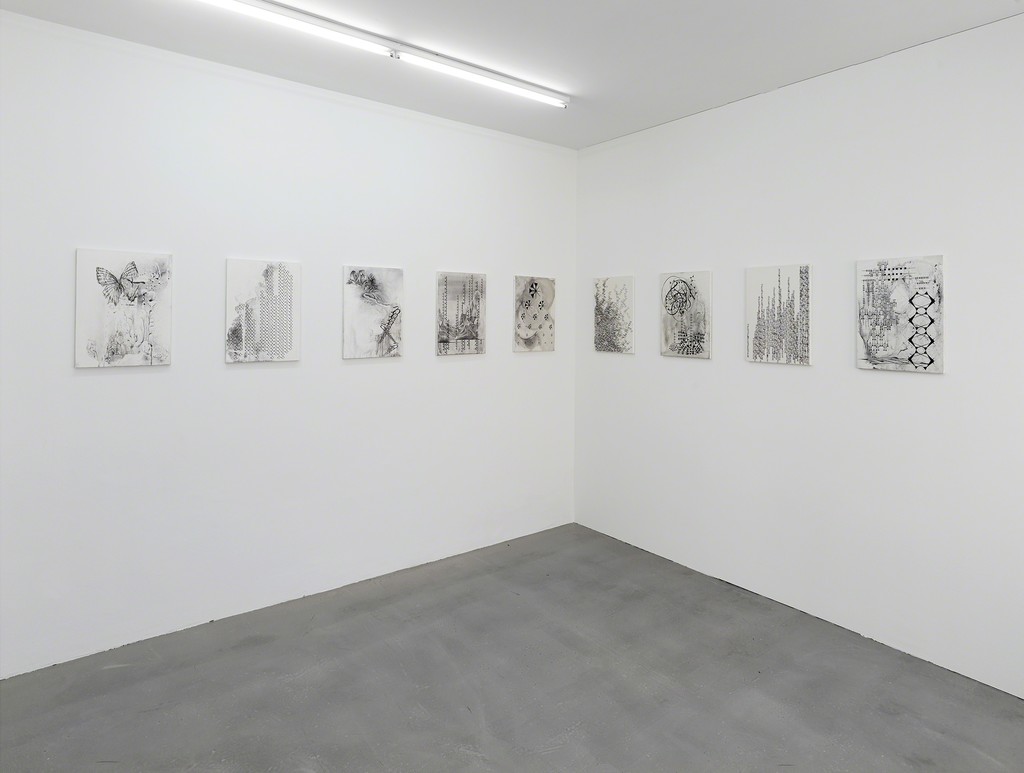 The schematisation of the world by means of coded sign systems is the starting point of Katja Davar's drawings and animations. The actual aim of such mappings through diagrams, symbols and pictograms is expanded knowledge in the sense of an efficient and quick perception of information. However, during Katja Davars work process the clarity of meaning is fragmented. By combining different systems, the history of the diagrammatic imperative as well as the history of drawing as an artistic medium become components of conceptual findings of the world that in the case of Katja Davar, are not only found/invented but simultaneously retraced as technological and economic facts. This leads to a complex reference system involving various perspectives on a thematic field whose impermeability refers to the invisible interrelations amidst our schematised flow of information.

Katja Davars current drawings and her animation Currency Galore refer to the origin of our monetary and trade system and thus to the history of our social value systems. A crucial point of departure is Katja Davars research on the cuneiform sign system developed in Persian Mesopotamia in the 4th century BC. Based on pictograms, this system of writing did not serve to convey complex messages but to schematically represent agricultural production. Persian cuneiform writing was one of the first developments of societal bureaucracy at a time when economic development was unfolding and money was still unknown as currency. The abstraction of the pictograms to simple shapes is reminiscent of the binary code of the programmed digitisation of our present-day economic world. In Katja Davars drawings, the pictograms become ornamental patterns covering abstract landscapes relating to current statistics in the form of tree diagrams. As opposed to their rational function, the tree diagrams remind one of the form of a Tree of Life connecting all societal affairs throughout history with each other. Her new animation, Currency Galore, is a sequence of symbols and icons of currencies of societies from different times. Currency Galore is projected onto a wallpaper with an ornamental security pattern (Guilloche) taken from the one hundred bank note from the former GDR. In the animation one sees depictions of currencies, starting with the cuneiform up until today. The notion that a currency simultaneously stands for social values and power is the decisive issue.

Katja Davar (UK 1968) has participated in numerous international group shows. Solo exhibitions at the Newlyn Art Gallery UK, The Drawing Room in London and currently at the Städtische Galerie in Backnang. Her works are included in renowned collections such as the Zeppelinmuseum Friedrichshafen, the Daimler Art Collection, the North Rhine-Westphalia Collection or the European Patent Office in the Hague.