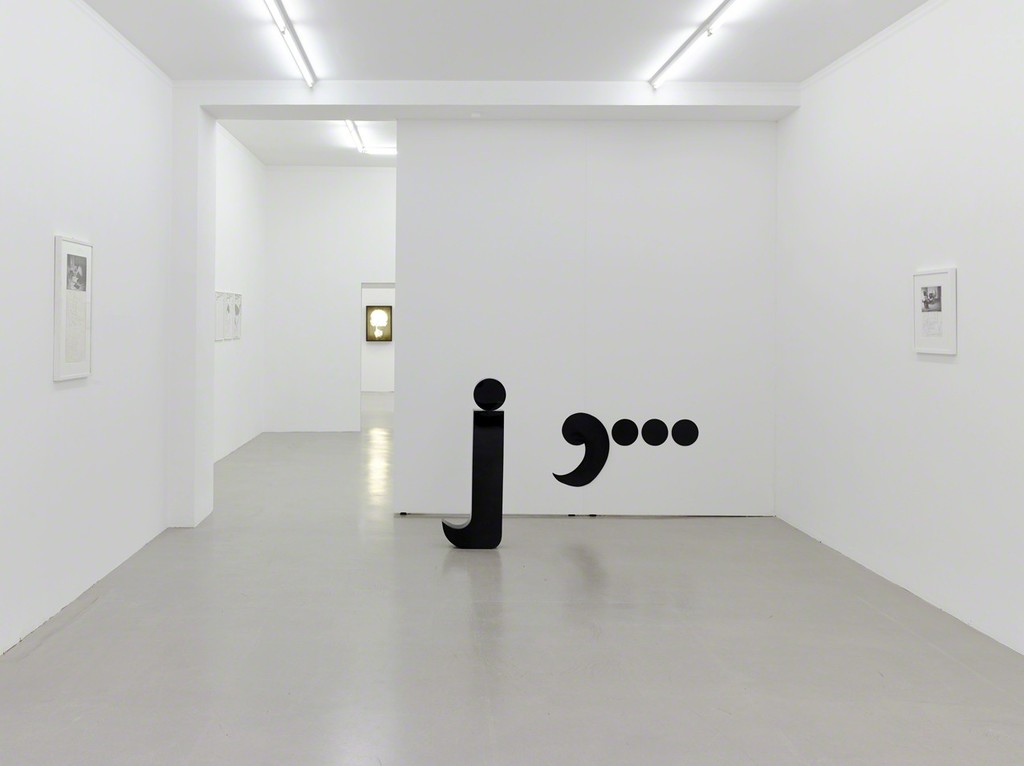 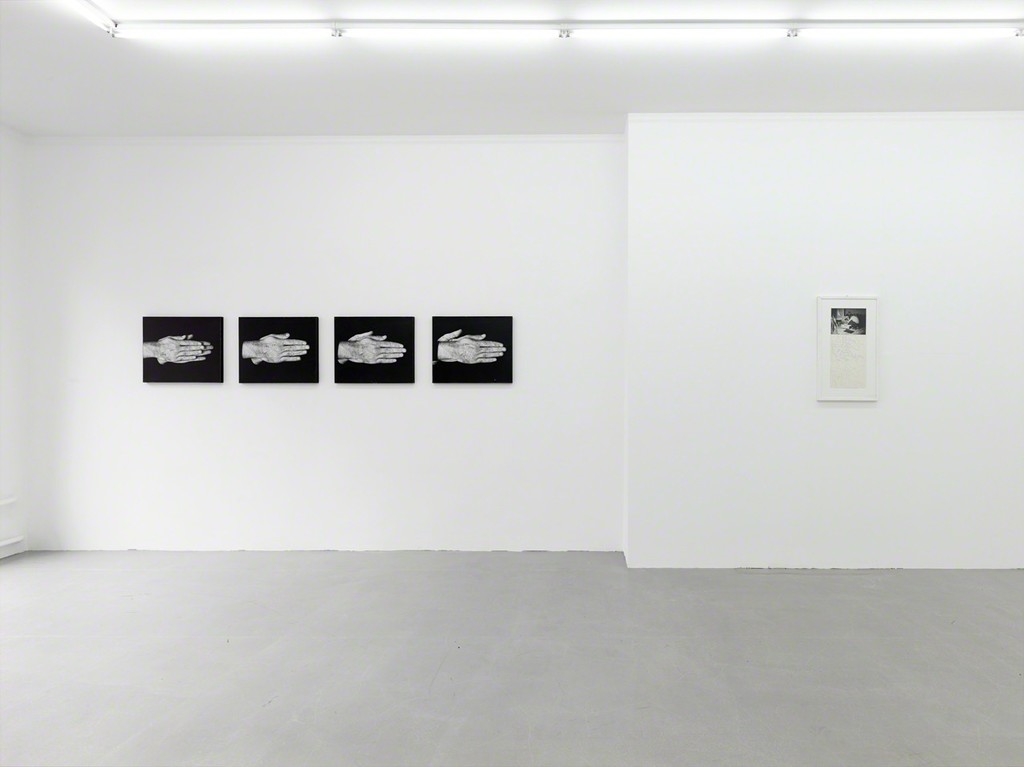 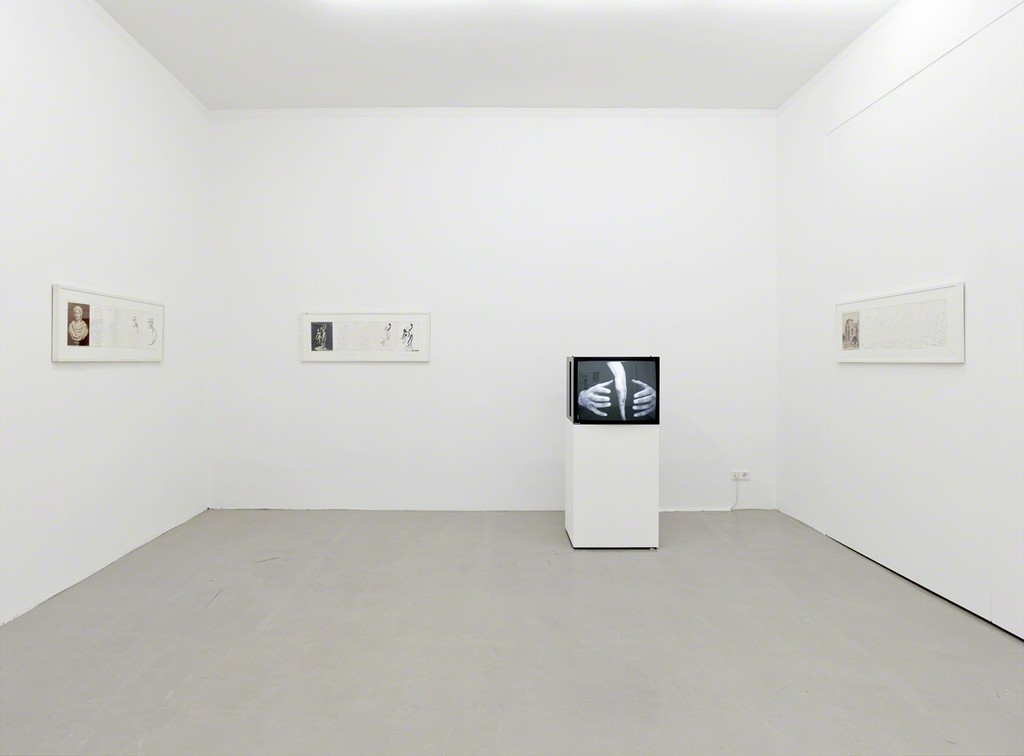 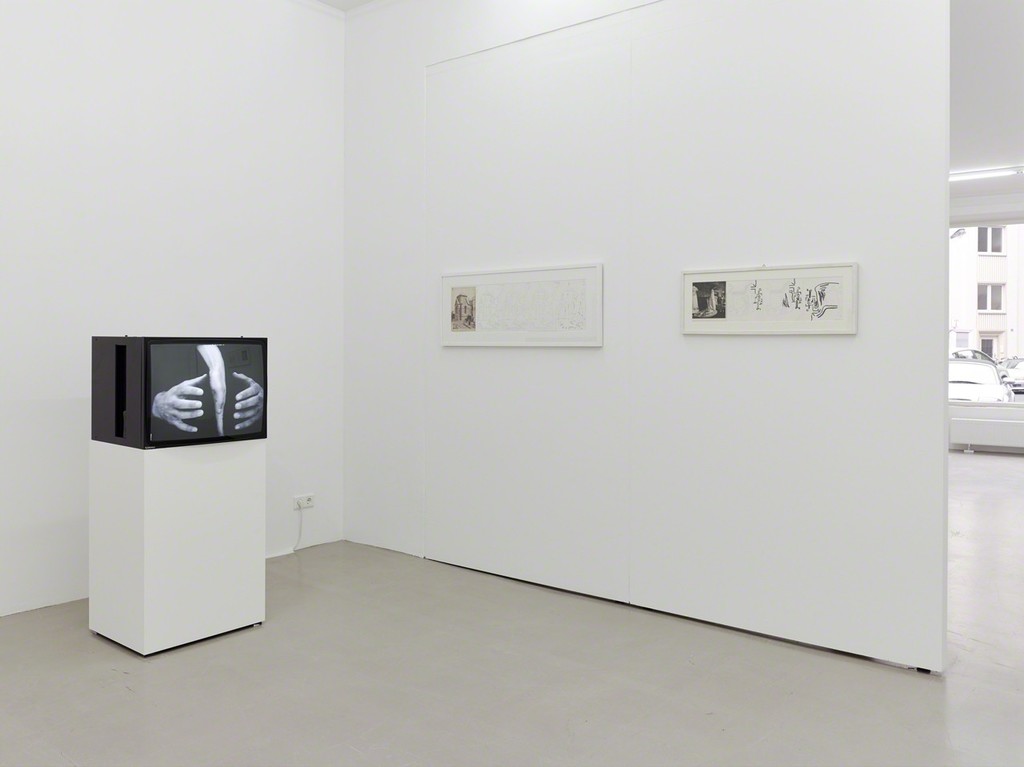 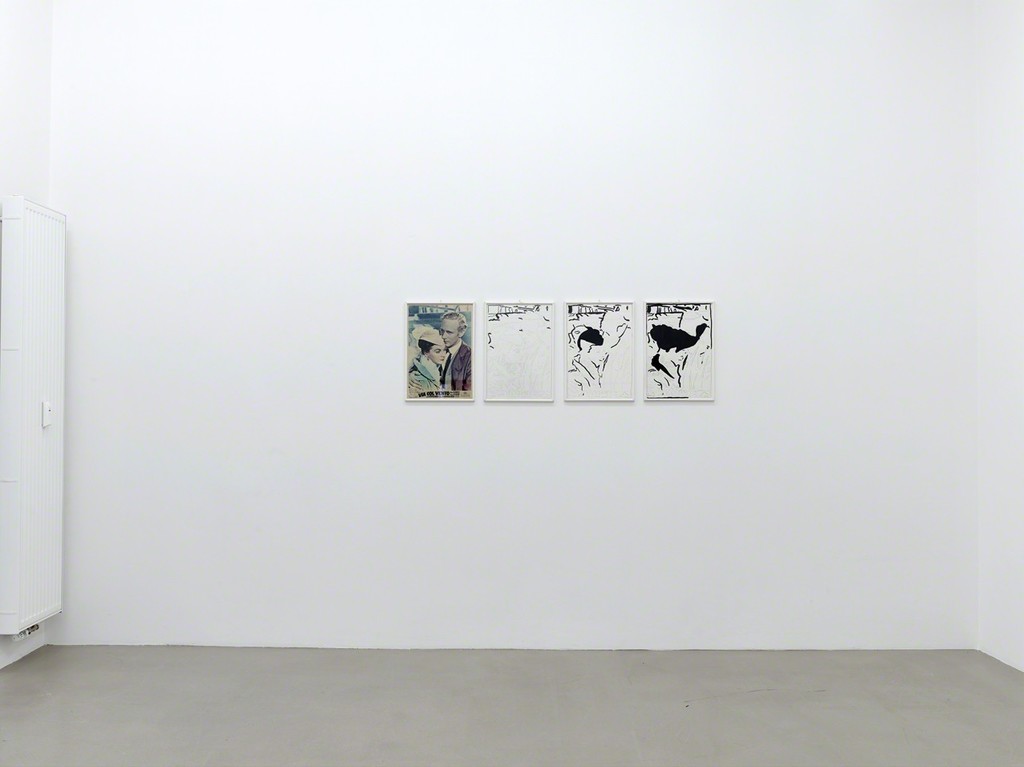 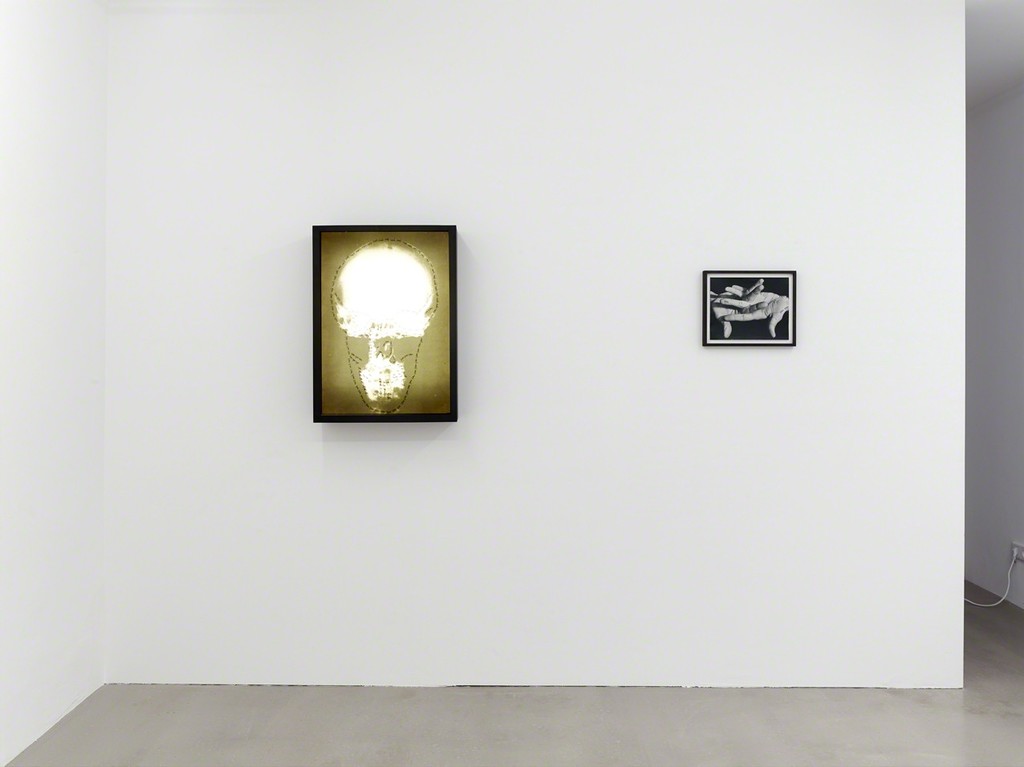 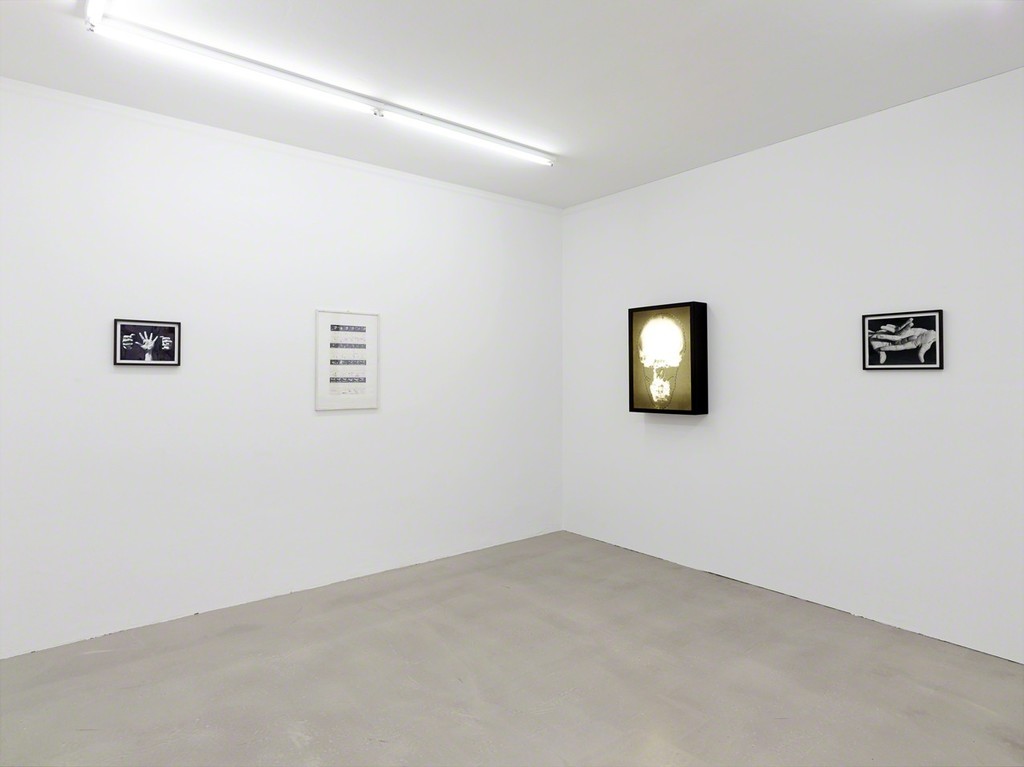 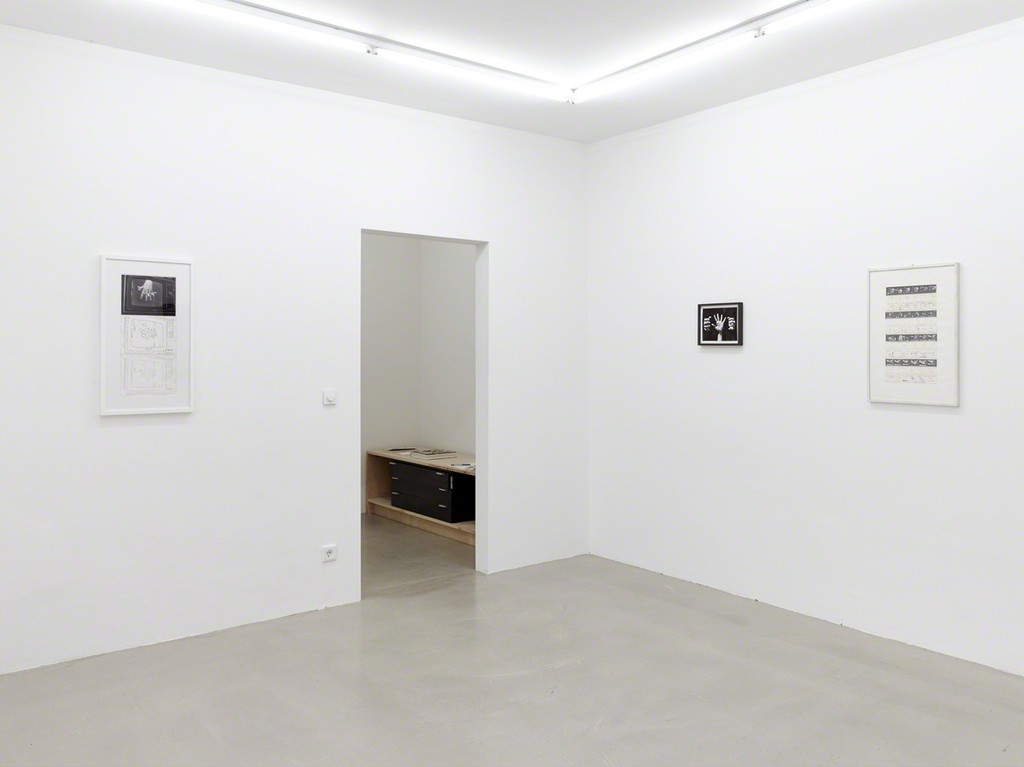 Ketty La Rocca (1938-1976) ranked among the most important proponents of Conceptual and Body Art in Italy in the 1960s and 70s. Based on a visual poetry, she radically dealt with the socio-political limits of the meaning of language and images in her collages, performances and photographs. A central aspect is the examination of the bodily gesture as an original means of communication.

Despite, or perhaps because of her early death in 1976, Ketty La Rocca created an oeuvre in just ten years, whose relevance to contemporary art is undisputed. Her works are included in, among others, renowned collections such as the Museum of Contemporary Art in Los Angeles, Museum Ostwall in Dortmund, ZKM Karlsruhe or the Galleria degli Uffizi in Florence. Already during her lifetime and until this day, her works have been on view at institutions such as the Biennale di Venezia (1972), the Camden Arts Centre London (1972), Museum am Ostwall, Dortmund (1974), Fotomuseum Winterthur (1987), Galerie im Taxispalais Innsbruck (2003), MoMA/PS1 New York (2007) or the Albertina in Vienna (2012).

The current exhibition in Düsseldorf features key pieces of Ketty La Roccas oeuvre, some of which have never been shown in Germany. A central work is her film Appendice per una Supplica (Appendix for a Petition), which was screened at the Biennale di Venezia in 1972: It shows a pair of male and female hands against a black background gesticulating an entire repertoire of possible meanings and interpersonal tensions. The film and the attendant series of photographed hands, Le mie parole e tu (My Words and You), reveal La Roccas attempt at developing a language that is not pre-coded by society. This dealing with the social construction of meaning was influenced by her work for Italian television, where she created and presented shows for deaf-mute persons. In one of her most important performances, also entitled Le mie parole e tu from 1975, she reads a text that is grammatically perfect, albeit without content. The text becomes physically present in space through the spoken language. As a kind of punctuation, La Rocca repeatedly says the word you, which is taken up by the audience as a refrain. The definition of the border between the self and the other as you is central to La Roccas work. Handwriting also including the word you can be found in the photos of gesticulating hands from the eponymous series. In this sense, the identity of the other is inscribed in ones own actions.

La Roccas typographical sculptures from the late 1960s, the I and Virgole e Punti (Commas and Periods), transfer this play of identity as sculptural punctuation to the real exhibition space. The capital I factually positions a self whose reference to the surroundings can be interpreted in an open way due to the comma set behind it and the three periods. Ketty La Rocca continues her work on gesture and meaning in her large group of works entitled Riduzioni (Reductions). Everyday photographs such as film posters, tourist attractions, politicians or family photos are serially expanded in graphic and handwritten variations. Contours are drawn by hand with the word you or her Nonsense Text from 1970, all the way to the radical graphic schematisation of the original photograph. Seriality and schematisation, typical features of 1960s Conceptual Art, become a means to express her subjective view and at the same time to integrate the gaze from the outside. La Roccas examination of the borders between outside and inside, looking and being looked at, finds expression in an especially captivating way in her last series, the Craniologie, x-rays of her skull. Produced as a consequence of her illness, they, too, are covered with the handwritten lettering you. They form an iconic self-portrait of Ketty La Rocca and are simultaneously a general memento mori, referencing the bodily mortality of the viewing vis-à-vis. The construction of her own identity becomes possible only in dealing with the other, or in Ketty La Roccas words: The you has already started at the border of my I.

We extend our special thanks to the artists son Michelangelo Vasta, who conceived the exhibition together with us from Archivio Ketty La Rocca (The Estate Ketty La Rocca).