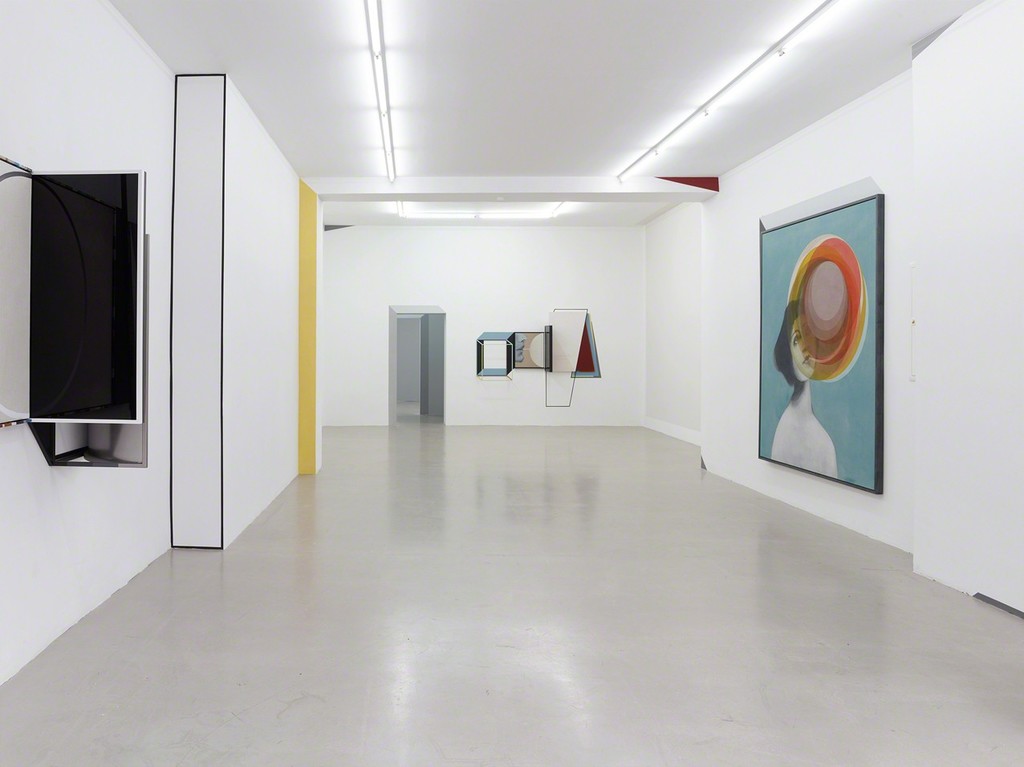 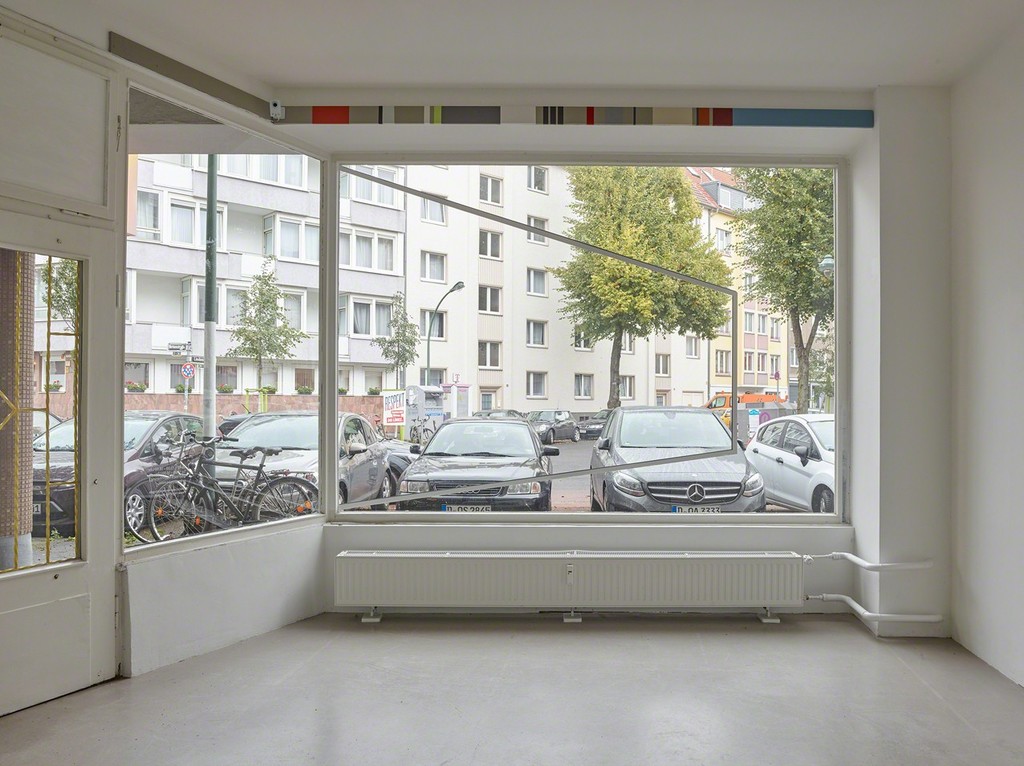 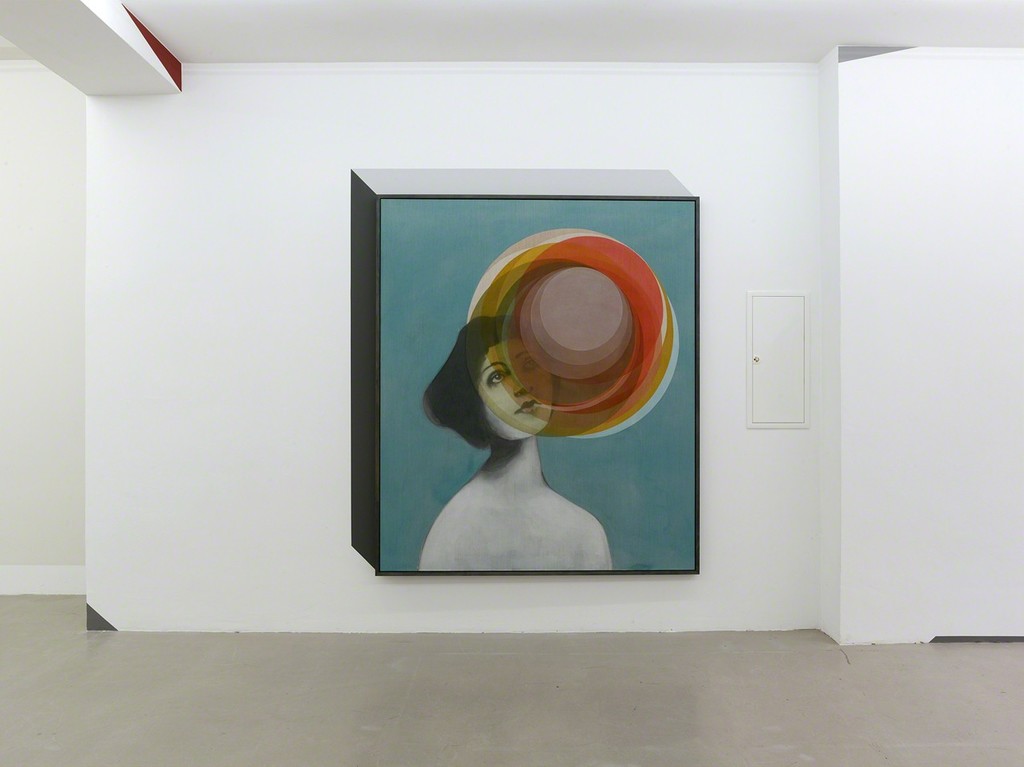 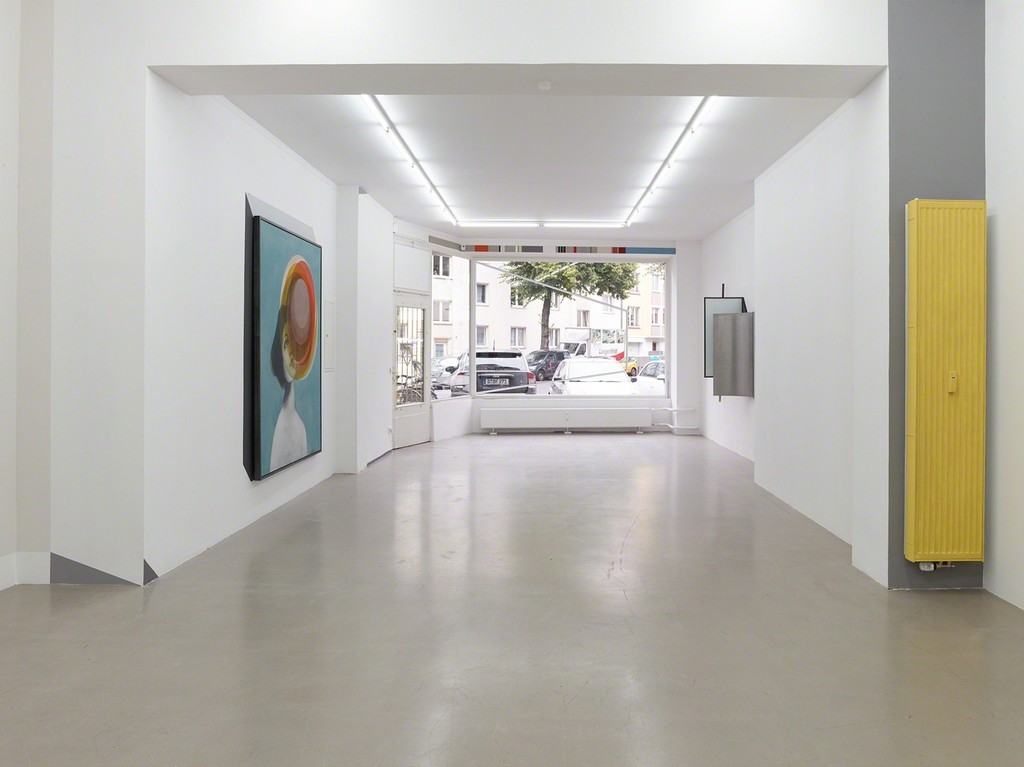 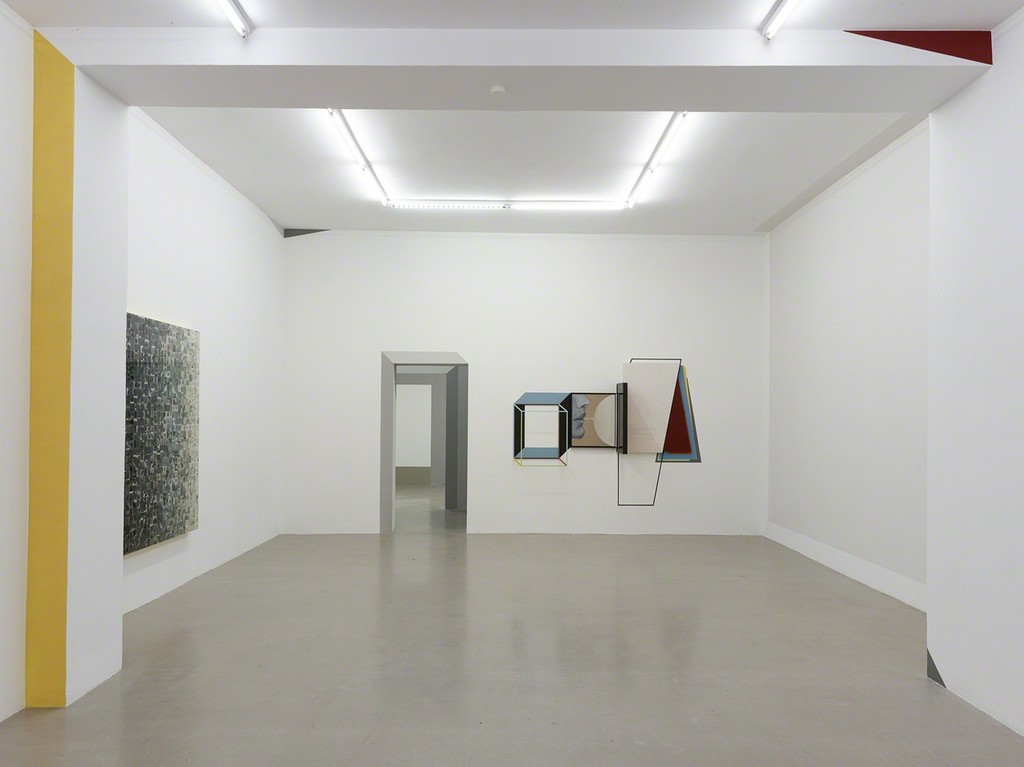 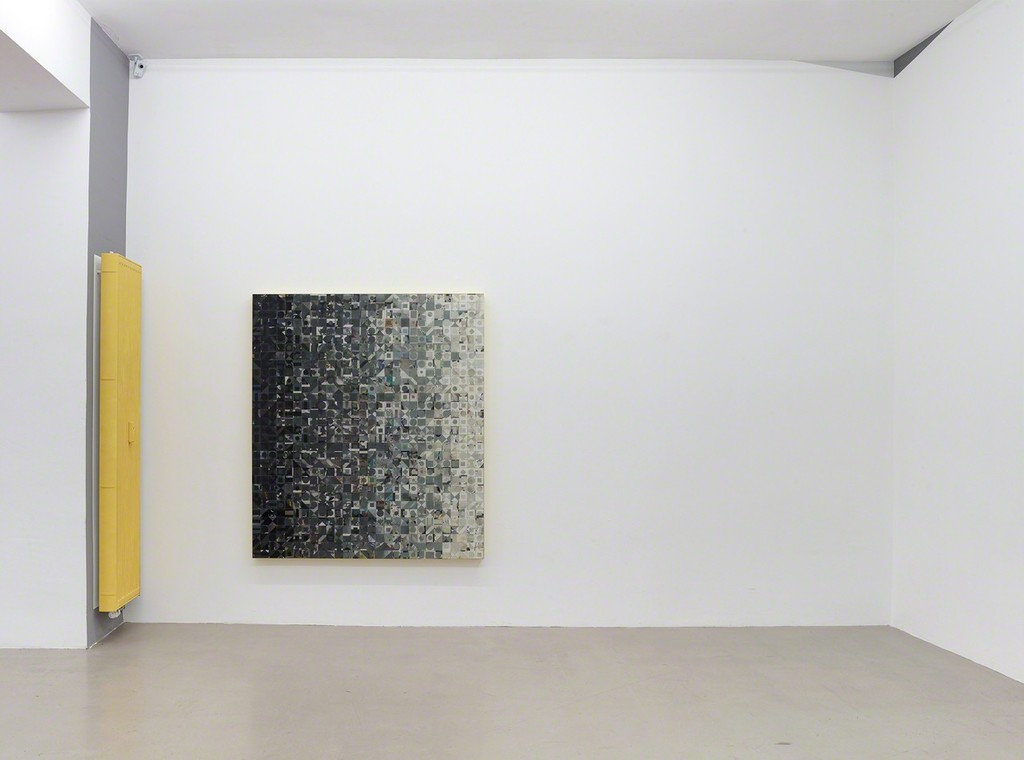 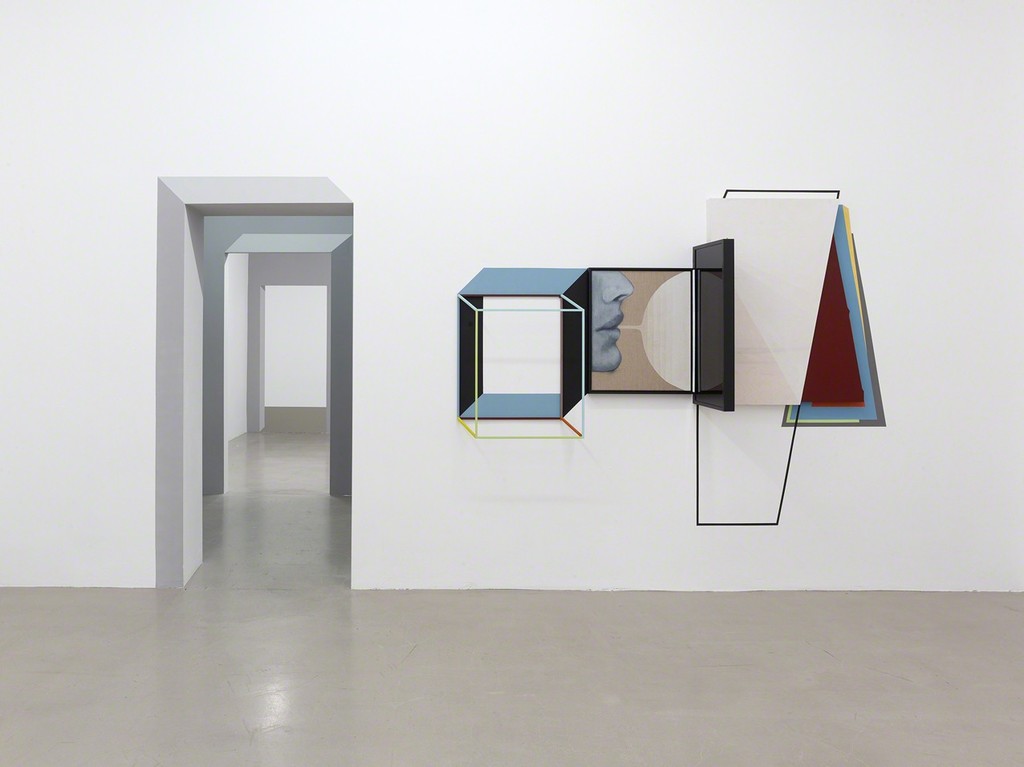 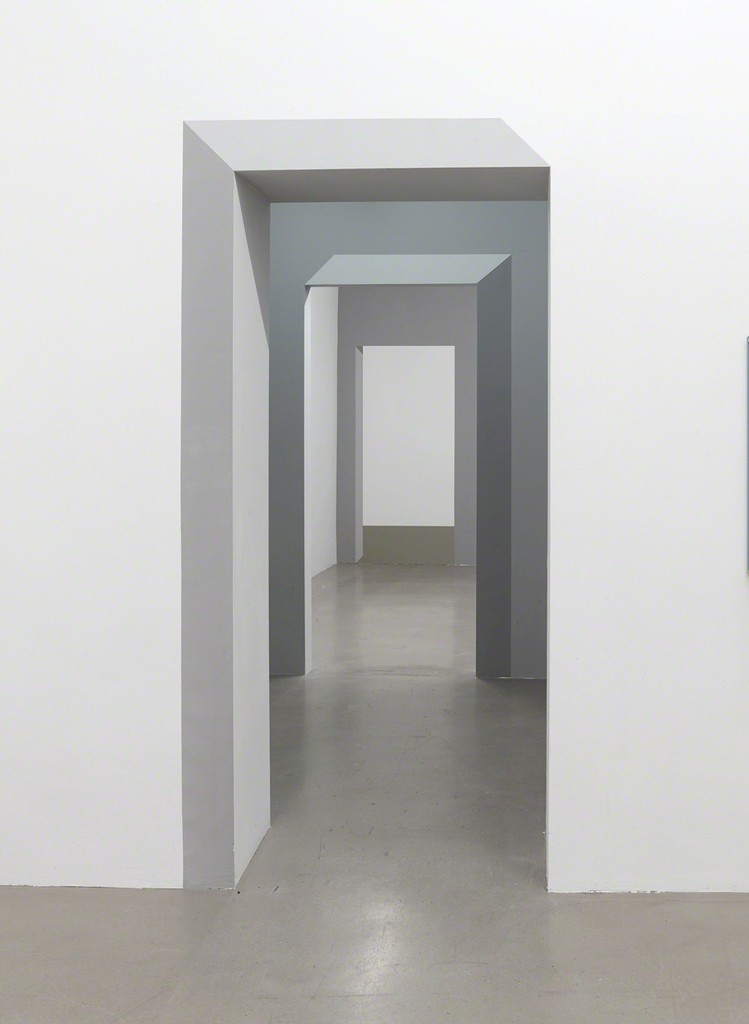 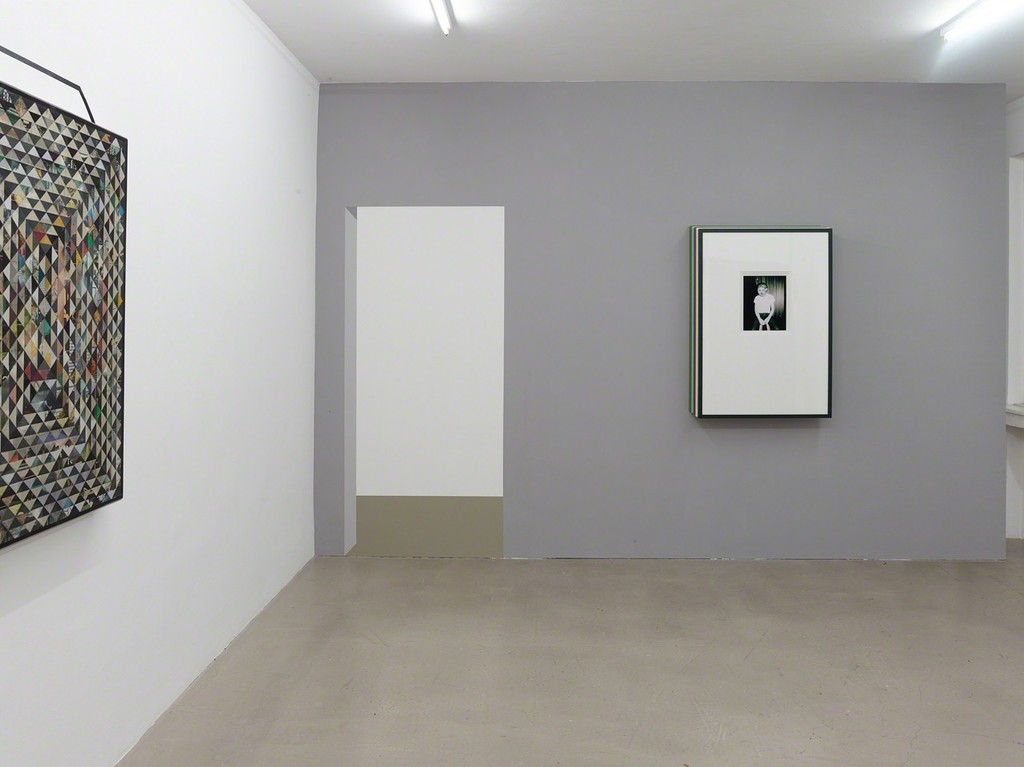 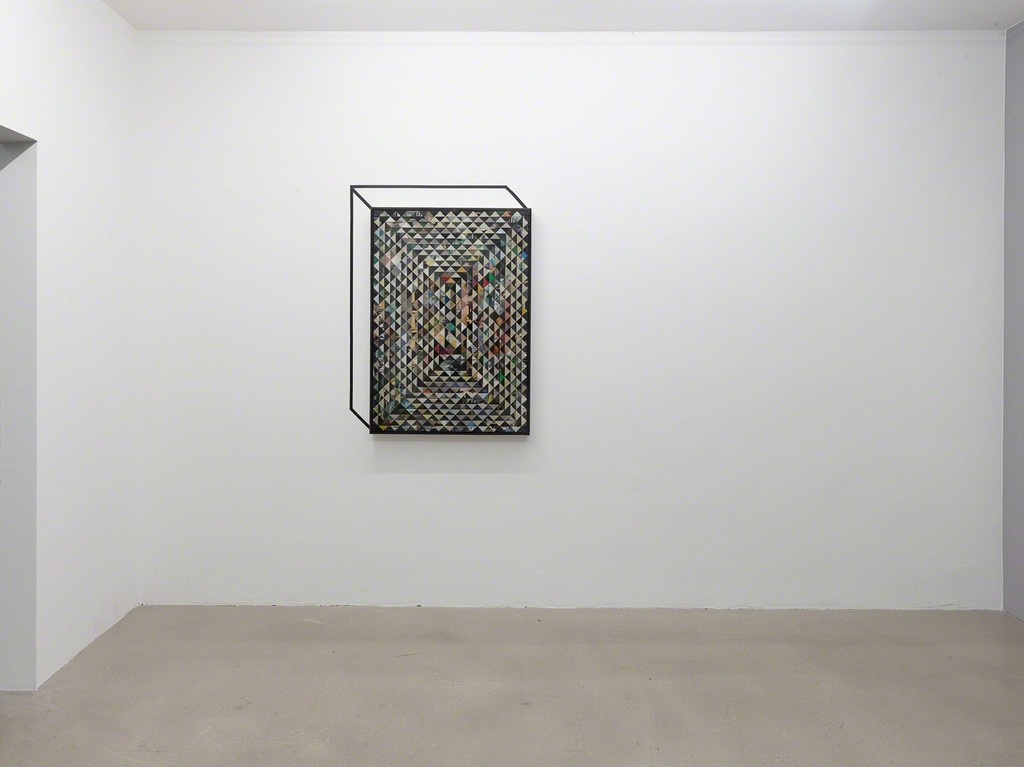 Matthias Bitzer’s (DE 1975) collages, paintings, sculptures, and drawings open the view to “hidden” spaces within a space and thus to the coexistence of the most various truths and identities. Through complex connections between historical personalities, references to modernism and contemporary history, as well as autobiographical elements, Matthias Bitzer raises the concrete exploration of space and the realities hidden in it to a meta-level. While with his art-historical predecessors such as László Moholy-Nagy or Oskar Schlemmer new perspectives on time and space were created exclusively on the formal level, Bitzer’s spatial installations translate meaning into abstract, narrative codes and visualize the fragility of the “one” truth.

The current show, “Feis Sphären”, is inspired by Christian Morgenstern’s poem “Korfs Verzauberung [The Bewitchment]”. The poem is about the fairy Fei who “blows planets out of foam.” One of them carries Korf to a new world which is simultaneously his “own”. In this paradoxical situation, internal and external space collapse. The dissolved separation between inside and outside, “I” and the “other,” is the conceptual focus of Matthias Bitzer’s “Feis Sphären.” By means of the precise installation of paintings, sculptures, photographs, and site-specific interventions, the gallery space turns into a “passage” through different perspectives on space, time and identity. Bitzer’s portraits no longer refer to a specific personality, as in earlier series, but to the notion of a mask behind whose surface a multitude of personalities can be hidden. It is about the irresolvable link between social expectations and one’s own identity that, depending on the situation, can lead to different role playing games. The self-portrait photographically staged in his own studio is a tongue-in-cheek starting point.
Bitzer’s multi-part works consisting of painting, objects and sculptural elements intensify the nestling of space within space, narration within narration, that sashays between the state of waking and dreaming and results in new perceptual and cognitive perspectives. In “Untitled (curve),” the wall appears to curve to the front, a frame at a right angle mirrors real and constructed space on its surface, while the gaze of a portrait comes through a “crack” amidst the abstract concatenation. In the 1960s, this strategy of seriality was already at the core of Conceptual Art and referred to the perceptual form of reading. But while the focus was then on the tensional relationship between words and images, Matthias Bitzer translates the succession of reading with purely visual means as a code into his works and the gallery space. In doing so, he constructs a paradoxical space between real and fictional corporeality, in which the viewer moves. The filigree quality of his steel sculptures makes them “appear” as spatial drawings that change depending on the individual point of view and newly define the space. Matthias Bitzer’s collages belong to the most personal works in his oeuvre. They are made up of autobiographical notes, drawings, painted sheets of paper, photographs, and texts. As an “amalgam,” they combine all the conceptual perspectives that are important to Matthias Bitzer, conveying the viewer to a nonlinear conception of time, to a place where the invisible alterations of identity occur behind the visible surfaces, which appear to be always the same.

Matthias Bitzer’s works are included in international museum collections such as those of the LACMA Los Angeles, the Städtische Galerie Karlsruhe, the Marta Herford Museum, or the Kunstsammlung Gera. Highly acclaimed institutional solo shows have been on view at K21 Kunstsammlung-Nordrhein Westfalen (2015-16), Kunstverein Hechingen (2016), Kunstverein Hannover (2010), and the Städtische Galerie Nordhorn (2007). In June 2016, DISTANZ published Matthias Bitzer’s catalog.