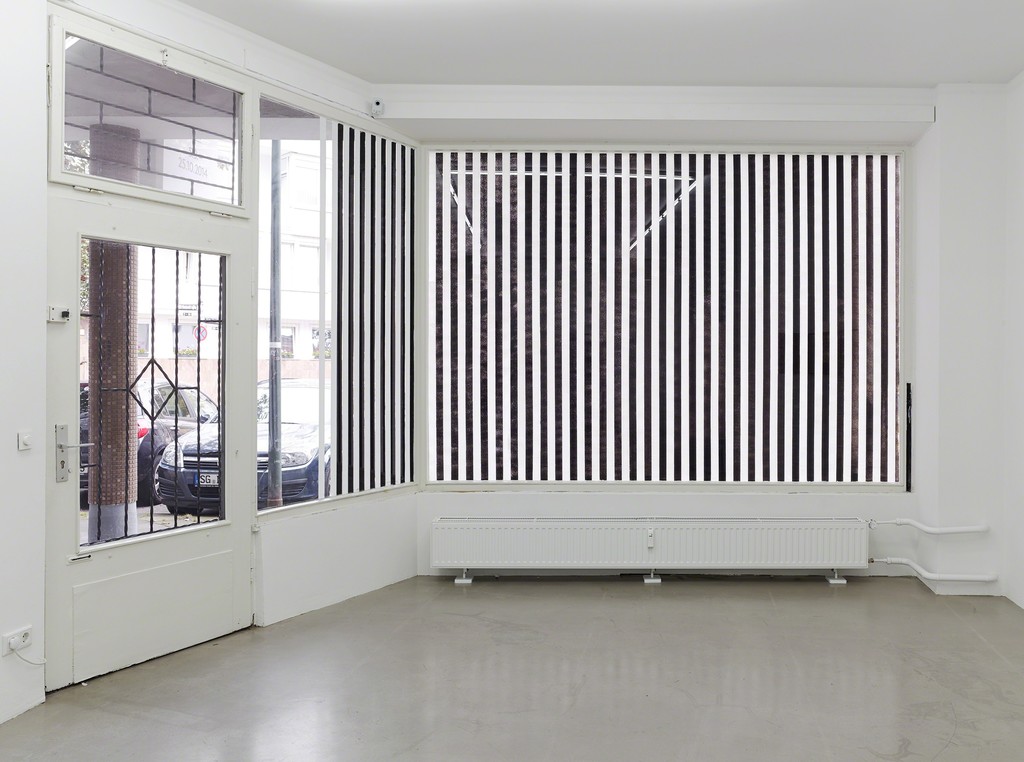 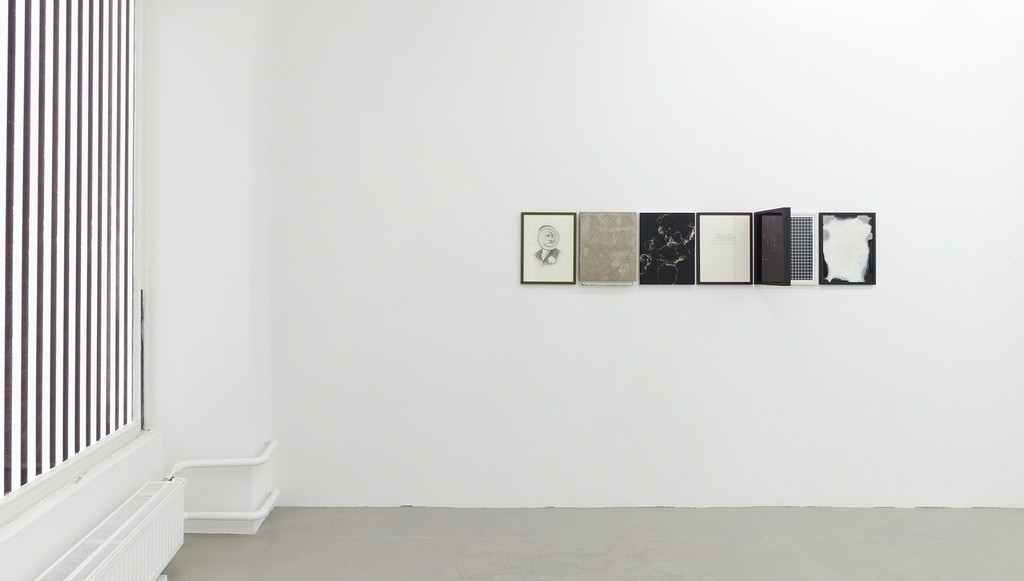 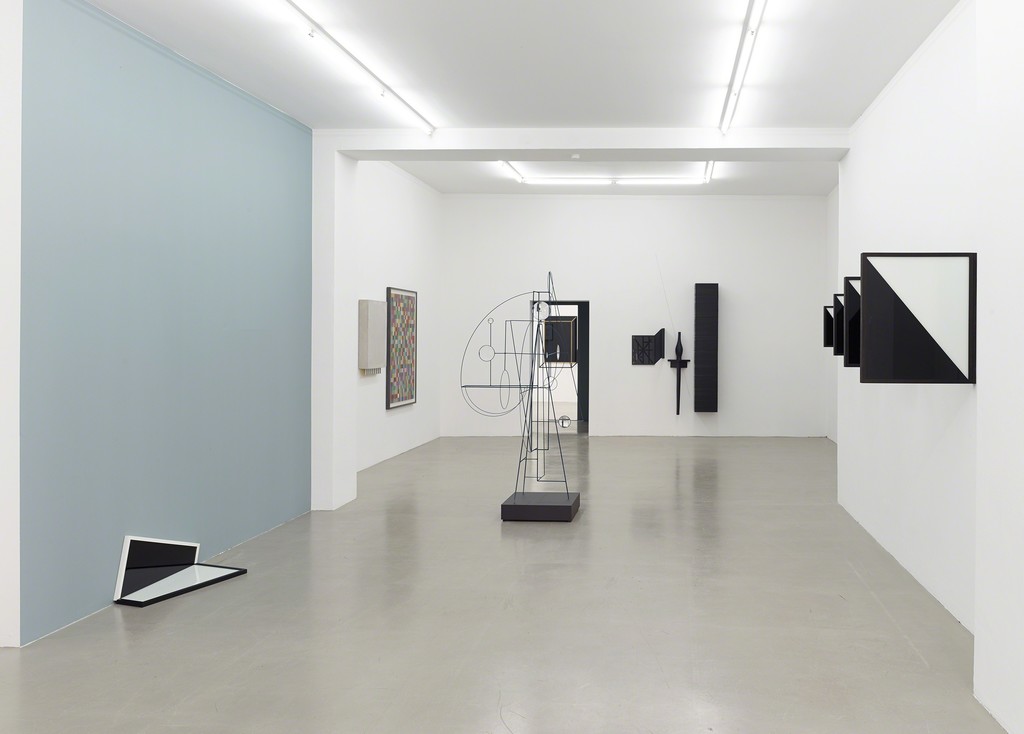 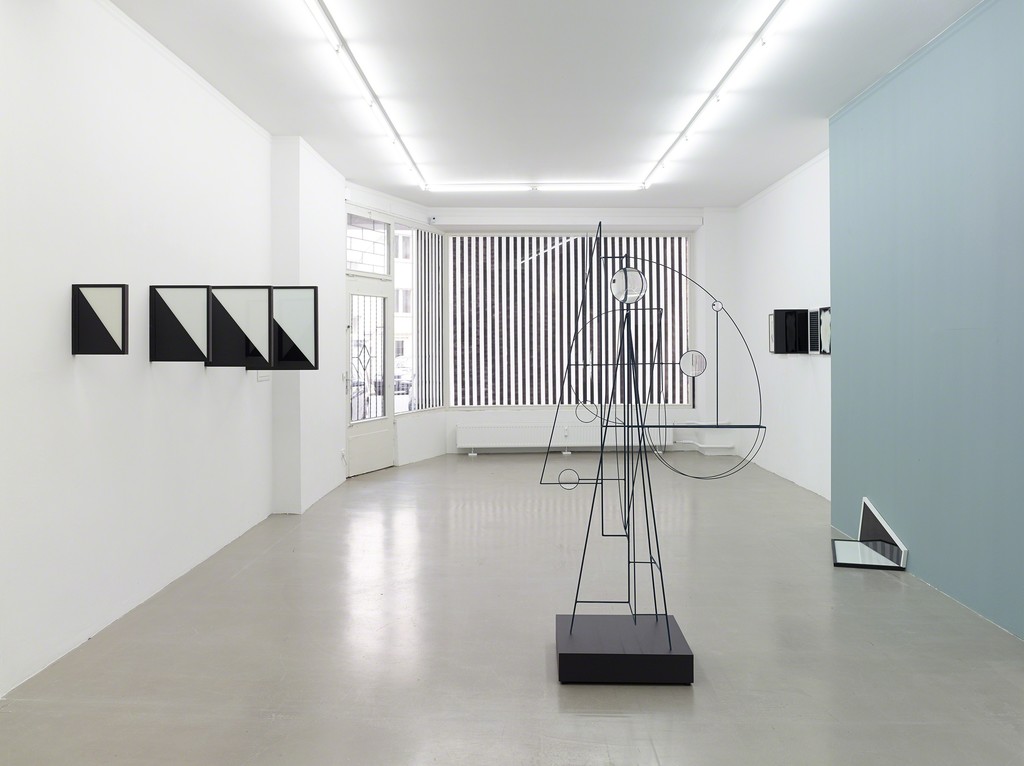 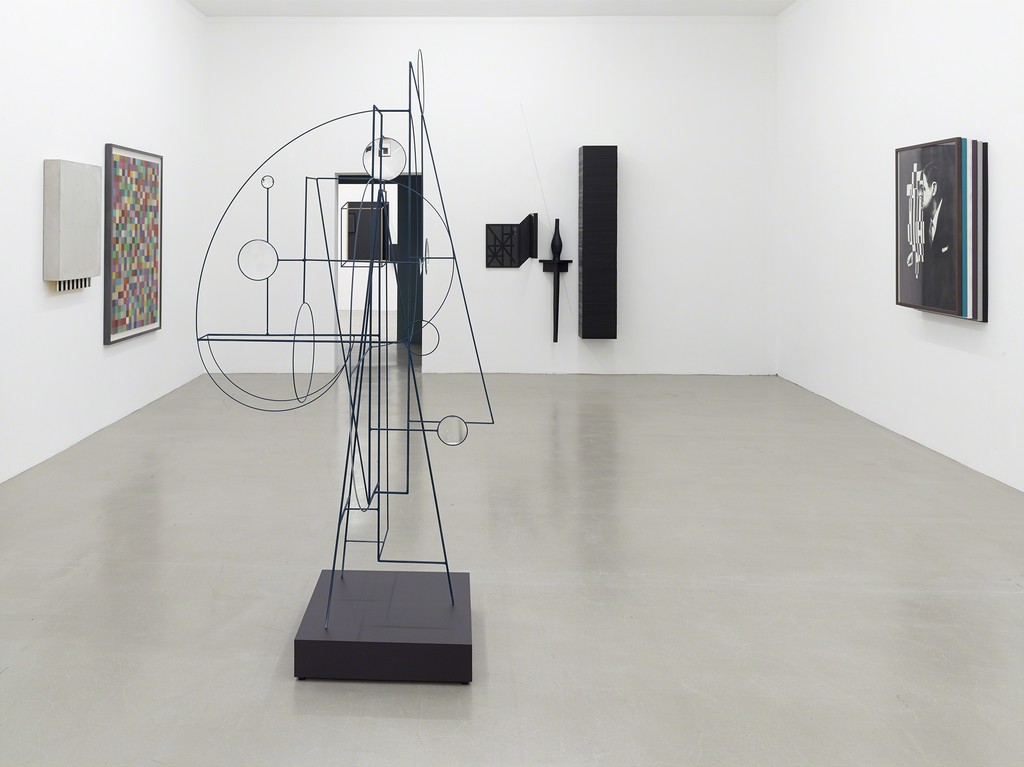 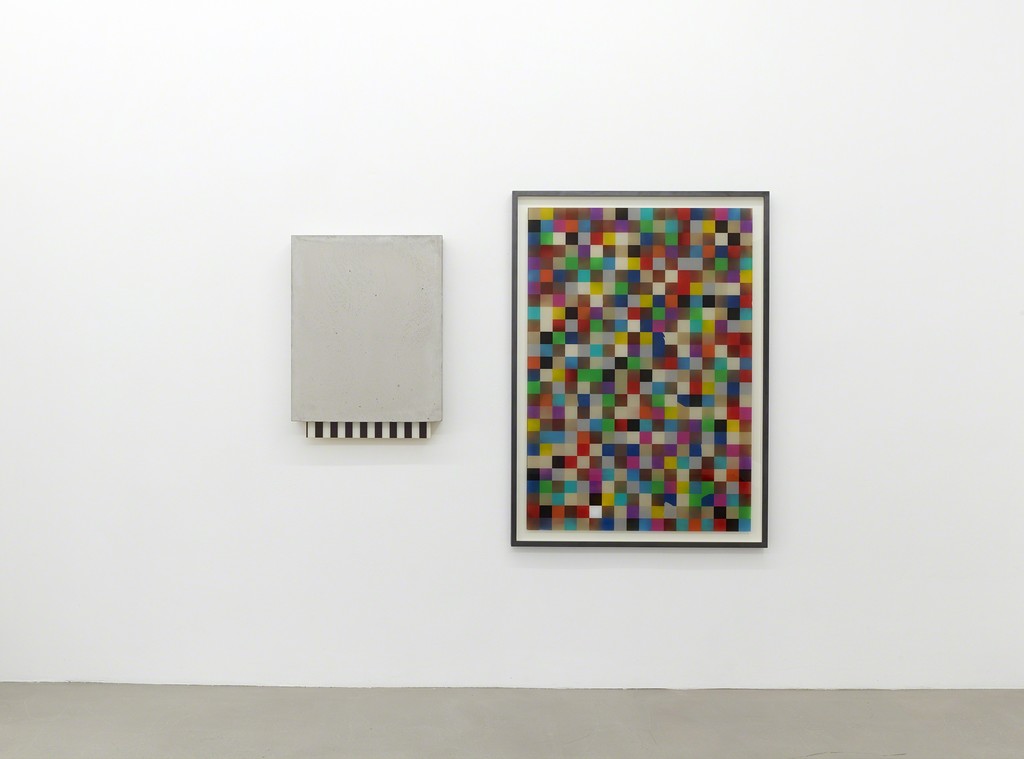 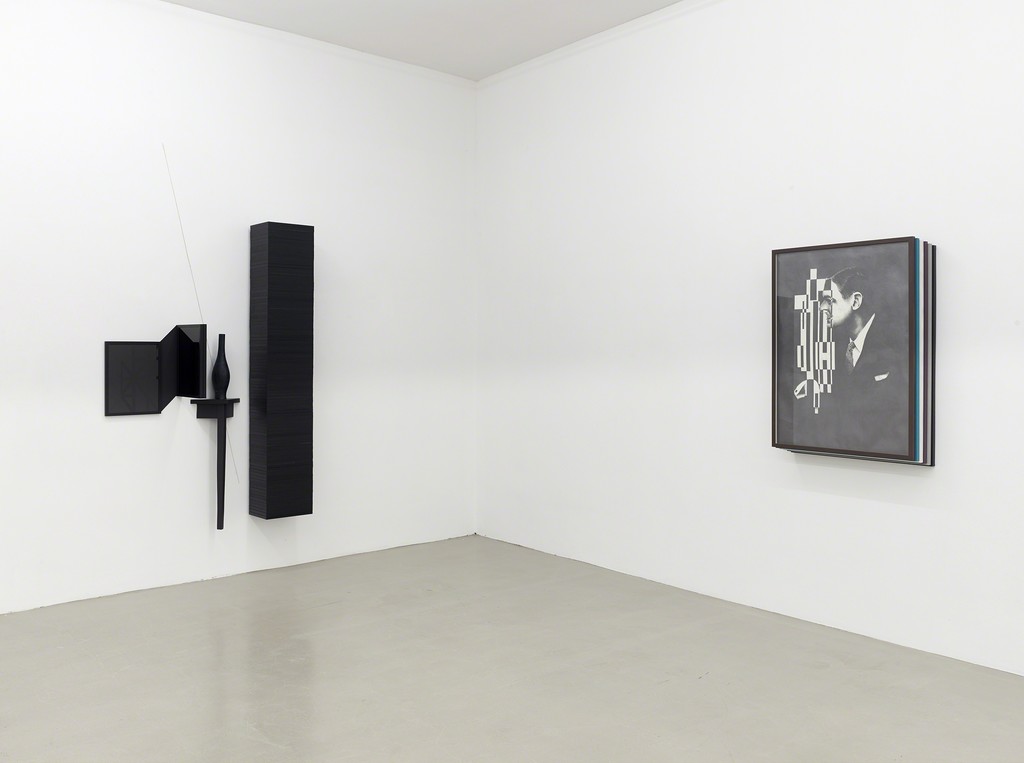 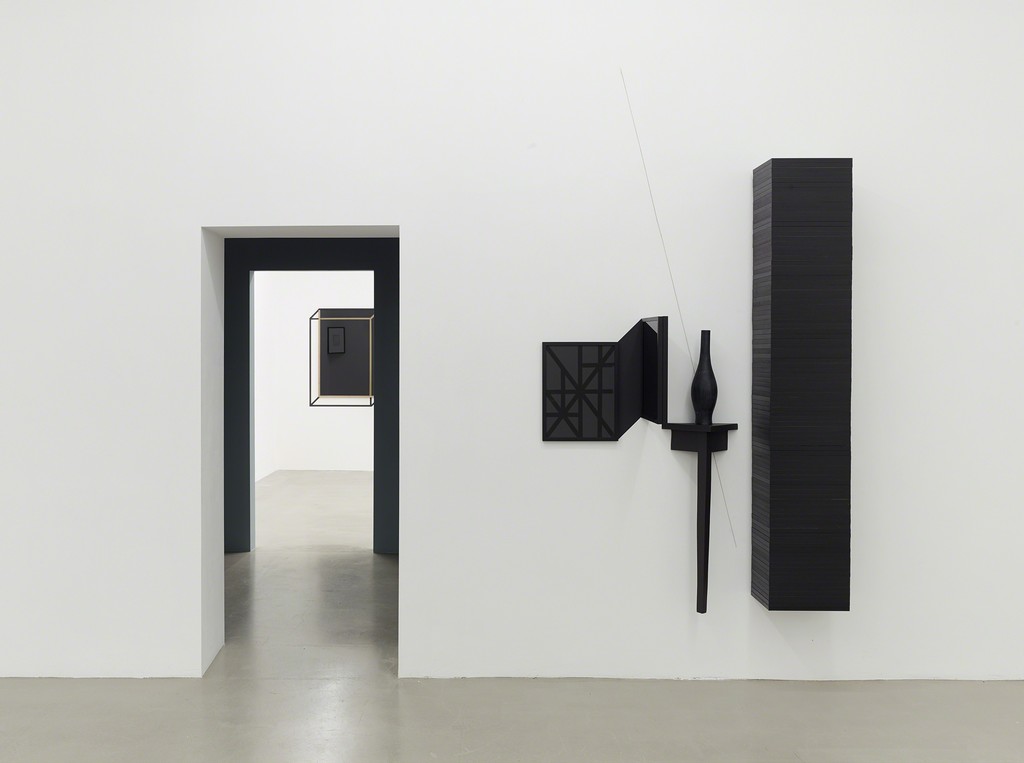 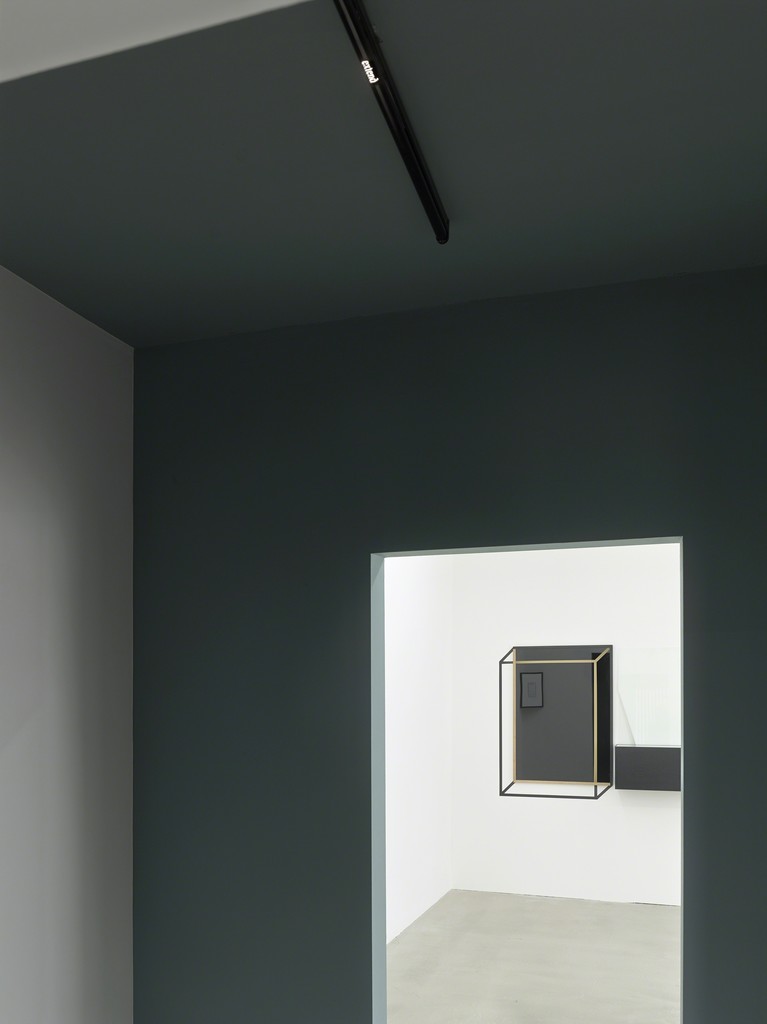 The Collapse of Features

Space as a distinctly contoured, metrically graspable structure, as a comforting oasis of withdrawal or forcefully allotted abode, conveys a sense of clear orientation in how one is anchored in a comprehensible spatial context.

In the Russian writer Sigizmund Krzhizhanovskys short story entitled Quadraturin, the author offers a poignant meditation upon the loss of spatial order and the pervading state of a radical disorientation that displaces one's sense of agency and selfhood within the conditions of this primal state of being lost. The story focuses upon the experience of its main character, Sutulin, who is confronted with the struggle against the ever expanding extension of his apartment's four walls induced by a devilish elixir called Quadraturin (1). Through this incessant multiplication, a nothingness proliferates, rhizome-like, devouring everything as it dissolves into a vast, unlocatable, expanse. The once humble residential unit, described as featureless and neutral, grows out of the ramified building complex, appears to cross architectural boundaries, losing any resemblance of a center and advancing into a kind of pure periphery  without the neighbors at all noticing these radical changes.

Finally, the overwhelmed protagonist perishes with a deep, muffled cry in this wilderness of the white cell  an allegory of being lost in oneself? Or only a nightmare of the protagonist who will soon wake up?

Grasping ones one position and assessing the spatial coordinates is also possible outside closed quarters, in the open landscape, as long as there is a path before our eyes or the line of the horizon remains visible in the distance. But once it starts shimmering like a fata morgana, and dissolves like a whiteout, orientation wanes, the impression of being lost arises, regardless of distance or spatial dimensions. Ground and sky merge seamlessly  a terrifying arises in face of this conflation, much like the horror of ice and darkness that gripped the early heroes of expeditions to the North Pole (2).

For Matthias Bitzer's fifth solo exhibition, "The Collapse of Features", at Kadel Willborn in Düsseldorf, the Berlin-based artist presents a series of new works that investigate notions of how space can be variously constructed through processes of dislocation, dissolution, and fragmentation. Spanning a diverse array of media, including abstract-figurative painting, collage, sculpture, and site-specific wall drawing, the works together playfully question the ways in which a space can be inscribed with an ever shifting internal order. Bitzer deftly situates his works within a carefully configured landscape of rotating axis points, each work acting in relation to the next to create a network of mutable points, as if vacillating plots on a map. Alongside multi-part picture panels and interior-like wall installations, whose signet-like fragments are meant to be recognized by the viewer, the central works include a interactive sculpture from Bitzer's series Phosphor Notes an individualized image archive consisting of drawings, collages and fragments of poems that invite the viewer to take individual panels and place them in altered sequences, thus creating new chains of association. Parallel to this show, the artist has an exhibition of related works on view at the K21 Ständehaus, Kunstsammlung Nordrhein-Westfalen, which acts in dialogue to create a comprehensive presentation of the themes explored in both "Der Zerfall der Eigenschaften" and "The Collapse of Features". Choosing to title each exhibition, separately in English and German, though both share the same meaning, Bitzer demonstrates his persistent interest in the irreducible nature of language.

Space is in constant motion, it branches out in all directions like the Garden of Forked Paths, it withdraws as a labyrinth, and melts like sand running through ones fingers.(3) The attempt to grasp what is boundless, to map the world in all detail, must fail  that is what the pioneers of the Arctic experienced.

In Remembrance of Things Past, Marcel Proust describes an entirely other futile attempt to appropriate space with the semi-conscious, hypnagogic state vacillating between sleep and waking: "I then entered a state of slumber which is like a second room that we take, into which, leaving our own room, we go when we want to sleep.(4) In this second room, the linear law of time is abolished. Past, present and future overlap, joining to form a tight mesh and allowing unrealistic changes of location. Many are probably familiar with feeling a loss of orientation shortly before waking up, before the boundaries of the room gradually grow distinct clear and one again becomes aware of ones spatial position and personality. Then from those profound slumbers we awake in a dawn, not knowing who we are, being nobody, newly born, ready for anything, our brain being emptied of that past which was previously our life.

Space is closely linked with questions of identity  this is revealed by Prousts searching character, whose dream possessed the clarity of cognition and who for this reason asks the all-decisive question of whether experience would, reciprocally, have the irreality of a dream.(6)

Biographical Note:
Matthias Bitzers (DE 1975) installation at K21 Kunstsammlung Nordrhein-Westfalen in Düsseldorf is on view in the series Künstlerräume ("Artist's Rooms") until June 2015. An artists talk will take place there on 3 September. Matthias Bitzer has exhibited his works at international shows in the United States and Europe. His pieces are included in collections of the Marta Herford Museum, the Kunstsammlung Gera and others. The Kunstverein Hannover already featured a solo show by Matthias Bitzer in 2010. We are looking forward to presenting the fifth solo exhibition by Matthias Bitzer in our gallery.