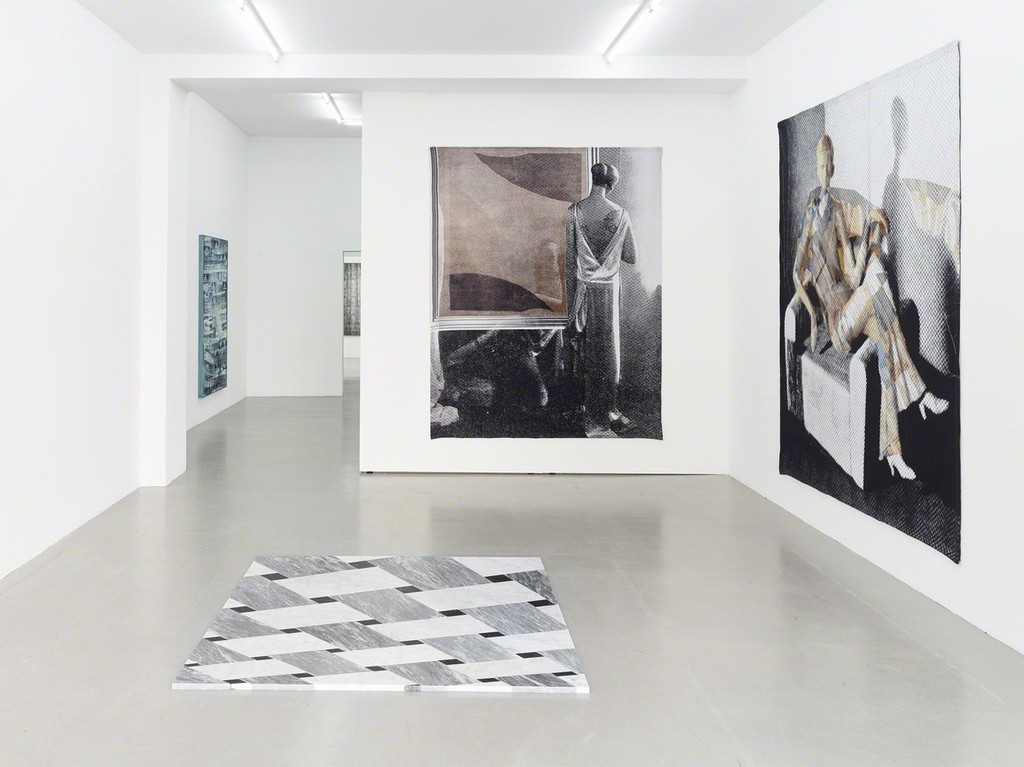 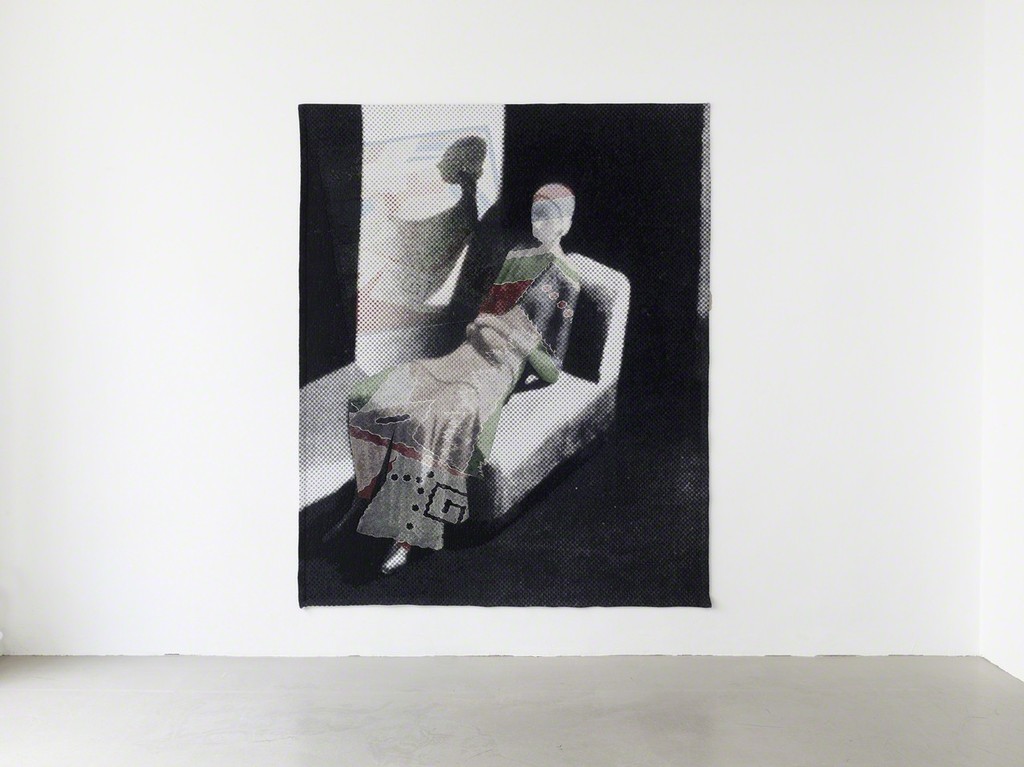 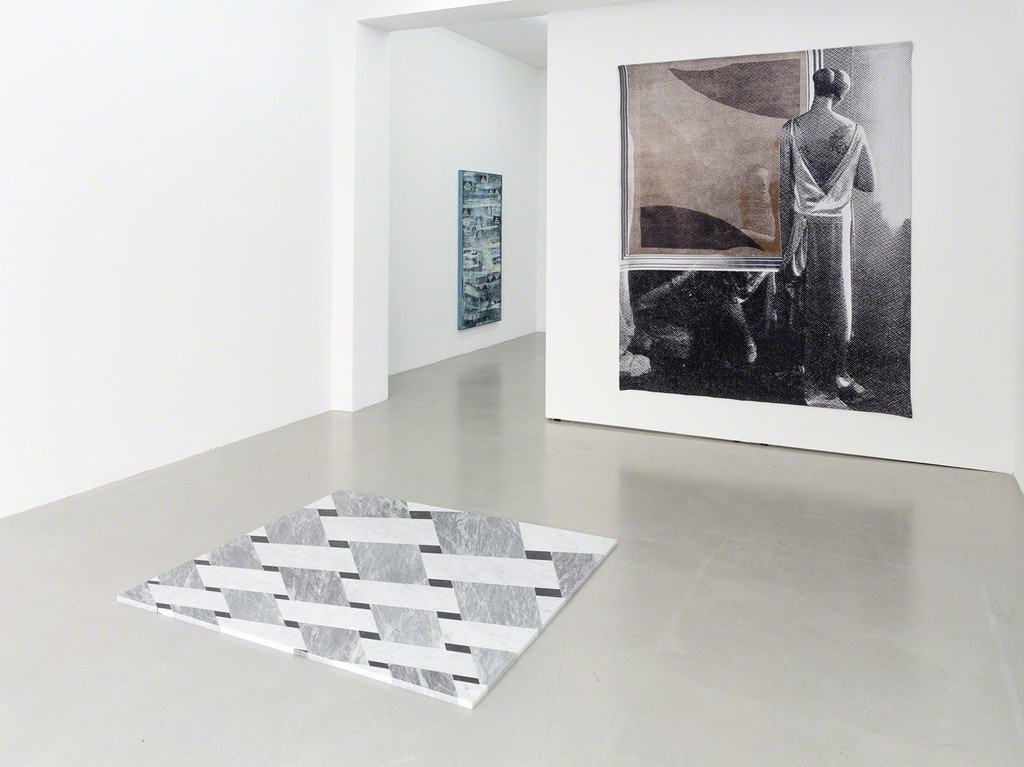 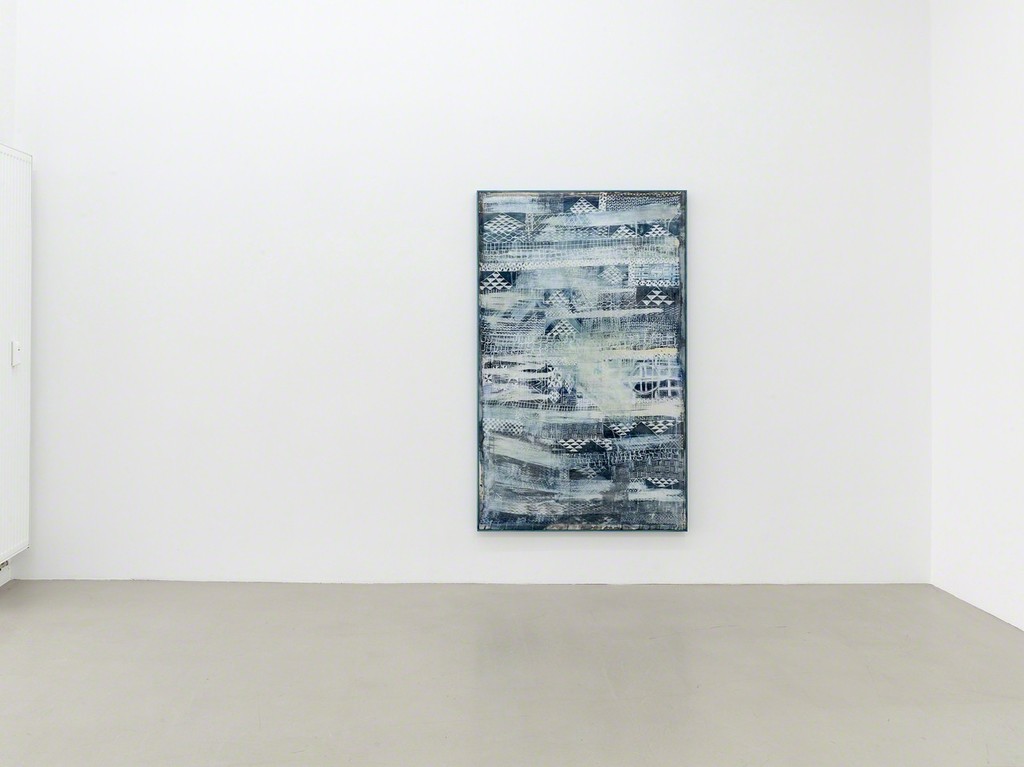 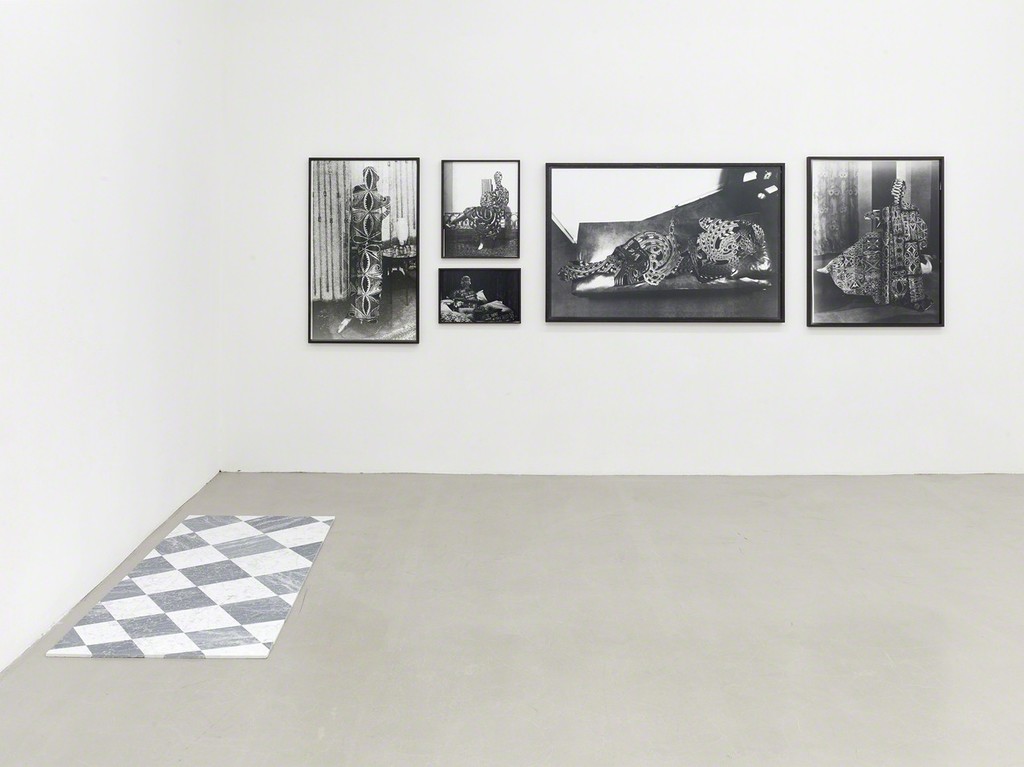 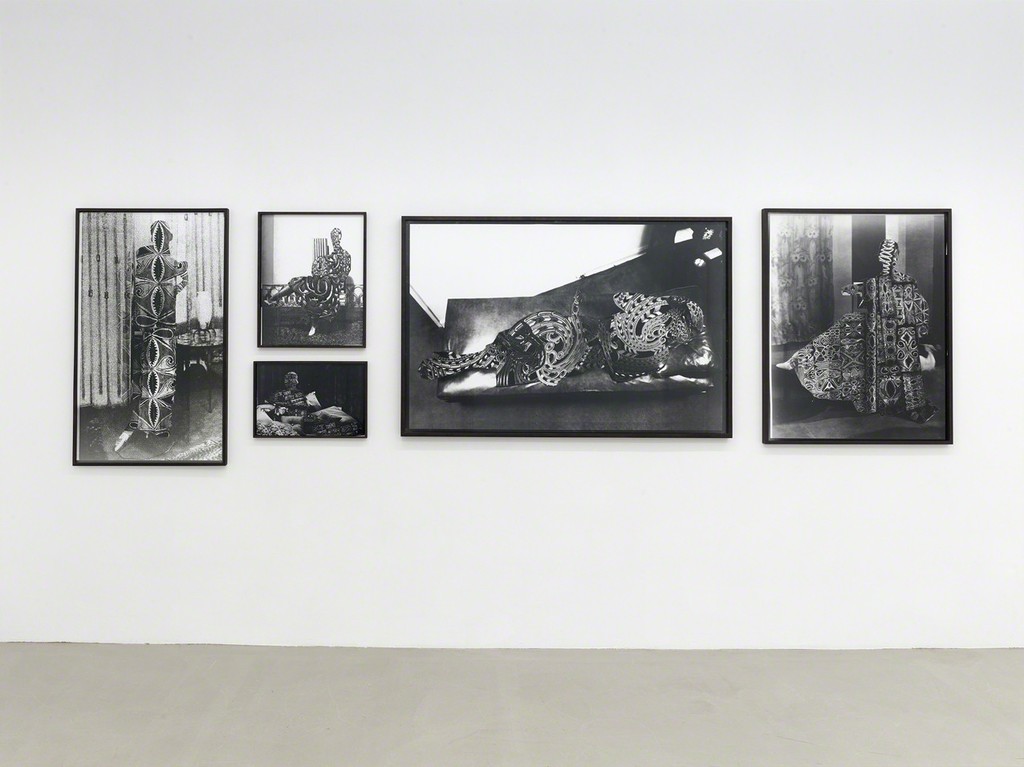 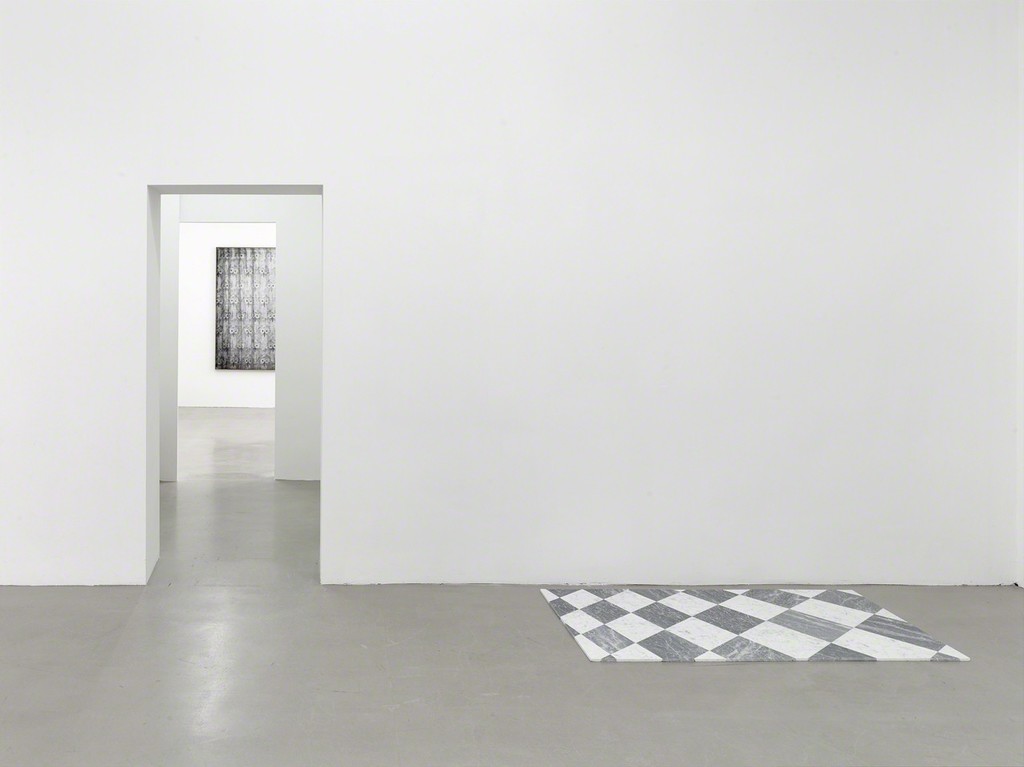 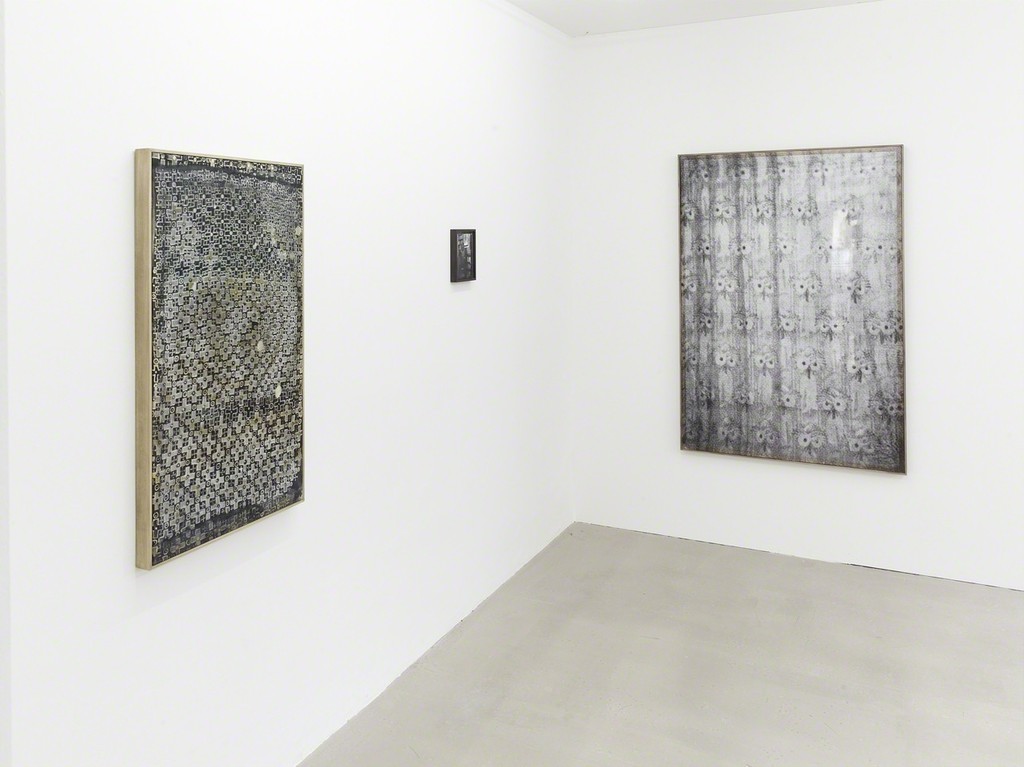 In her conceptually oriented practice, Shannon Bool creates "collages" of different perspectives on subjective identity and objective reality. Her works are based on the appropriation and combination of stories and production techniques of the most various cultures. By extracting materials and motifs from their original contexts, Shannon Bool develops a subversive perception of culture. Her works reveal the view of reality as a performative process during which the poles of sacrality and worldliness, illusion and reality, beholder and object, constantly shift.

Her works are included in the collections of the Metropolitan Museum New York, the Museum für Moderne Kunst Frankfurt and The National Gallery of Canada, among others. She has become known to an international audience through solo exhibitions at the Contemporary Art Gallery Vancouver, GAK Bremen or the Bonner Kunstverein. Works of her current series will be on view in the show "Reconstructions: Recent Photographs and Video from the Met Collection" at the Metropolitan Museum New York opening in mid-September.

Her current exhibition "Lived Bodies" originated in research conducted on the methodological beginnings of psychoanalysis in the 1920s and the role of the interiors of Sigmund Freuds and Carl Jungs consulting rooms. Archaic artefacts and ornamental carpets from distant cultures had the function of activating the unconscious in order to reach hidden areas of the psyche. Bools new paintings, tapestries, photograms, and objects made of Carrara marble play with the complex interrelations between inner and outer reality and break open the originally "assumed truths". The body becomes the central "area of the images". The title, "Lived Bodies", is derived from the phenomenologist Merleau-Ponty, according to whom reality results from a concrete bodily experience in space. Merleau-Ponty describes an interweaving of world and body. The body is at once a part of reality and its constructor.

Shannon Bools tapestries and photograms reveal this "interweaving" of inner and outer reality in an striking way. In cultural history, tapestries have served since their emergence in the Middle Ages to depict historical and religious worldviews. Bools high-quality tapestries woven in the Jacquard technique are based on computer-generated synthetic images. The starting point is formed by documentary photos of the "Pavillion dÉlegance" at the International Exhibition in Paris in 1925, where the Siegel & Stockman company presented the first modernist, idealized mannequins. As functional vehicles of consumption, they were nonetheless compared to the virginity of Madonnas. In Bools tapestries, the figurines become the site of mental projection and interlocutors of the viewer. In combination with patterns of Chinese and Swedish art deco carpets, the picture surfaces shift, bringing the "unconscious background" to the fore. Bool enlarged the images originally made on the computer considerably for the production process of the two-meter-high tapestries, so that the image resolution of the motif becomes a part of the actually woven patterns. The haptics of the fabric interact with the moving body of the viewer, turning the interior, the figure, and the surroundings into a whole.

Bools photograms combine modernist icons of consumption with artefacts of religious rites. The photograms are developed by means of an elaborate collage of positive and negative transparent foils that are directly placed on the photo paper, on which the actual picture is directly exposed. Bool replaces the interior view of the mannequins with architectural fragments of ornamental artefacts from New Guinea. They are depictions of so-called "Malu boards" which are part of the ritualistic "mens houses" serving as the site of initiation rituals and symbolize the "archetypical woman". Inserted in the silhouettes of the Siegel figurines, they lead to a dynamic "clash of cultures", in which individual spaces of imagination and history are newly defined.

Bools new paintings on silk form a mirroring game involving different cultural circles through the appropriation of fabric patterns of African tribals transferred to a modernistic all-over composition. The production process integrates the Surrealist method of écriture automatique", the "picture painting/drawing itself", in that Bool doesnt paint the patterns herself. During the painting process, the lines are covered with wax, so that they only become visible afterwards, once the wax is removed. The surface of the all-over is additionally fractured by a mirror behind the painting. The body of the viewer subtly becomes a real part of the work and literally transforms the concealed background into the surface of the painting.

In Bools floor works made of Carrara marble, the perspectives between illusionistic and real space collapse. In the Italian Renaissance, Carrara marble was the material for geometric inlaid works whose rigidity symbolized fixed earthly and religious hierarchies. Bools perspectival distortions, in contrast, show a horizontally shifting "worldview" under the surface of which endless spatial variations appear possible. The moving body of the viewer is the site of the images and the constructor of outer reality, which simultaneously enters into a dialogue with ones own identity.