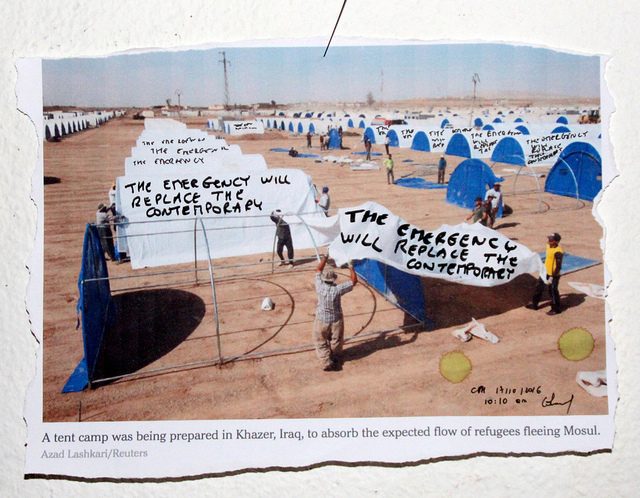 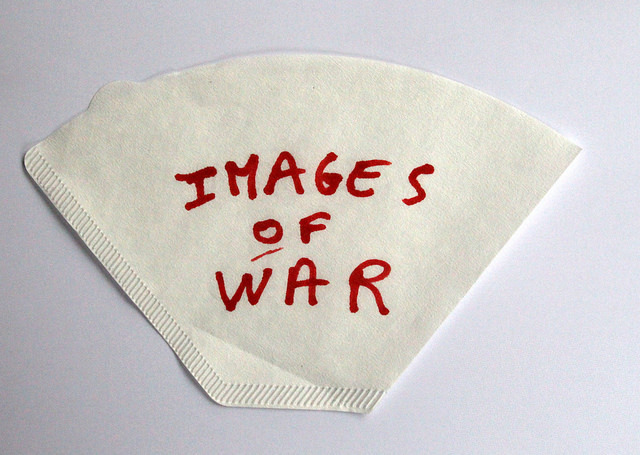 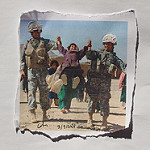 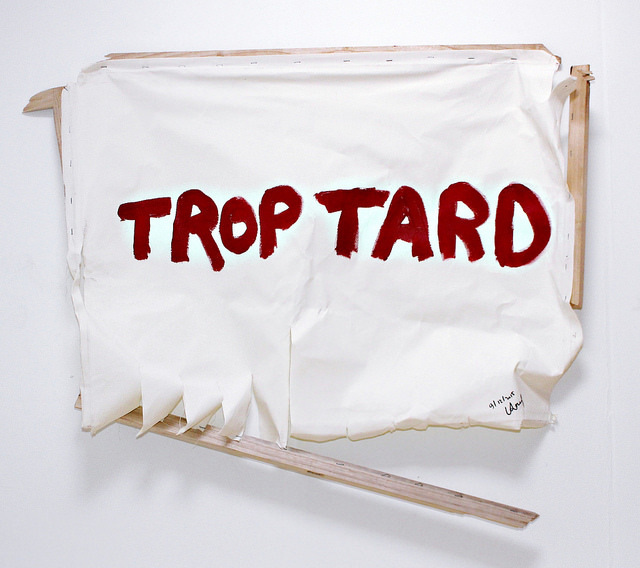 Thierry Geoffroy/ COLONELs artistic praxis is driven by the vision of creating awareness about dysfunctions in the world through art. He has since 1988 been working with art formats that can support the production and presentation of artworks produced in the now.

This ultrafast pulsing way of working has not only to do with velocity, but also with time. This is why the artist later introduced another term, Ultracontemporary, which links more to the notion of time and carries on a critical positioning to the established understanding of contemporary art. The contemporaneity is an interesting phenomenon because it forces us to make a connection between the time and us. Con-temporary meaning with time (from Latin contemporaries: con "with" + temporarius "of time/ time") is alluding some kind of togetherness or closeness to the present moment. To express with time would thus mean to express about a subject matter while still involved within it. However, the understanding of contemporary has become so open that it basically covers all kinds of art made in and after the 20th century, or art made and produced by artists living today, independently of its pertinence for the present moment. By using the word ultra as emphasizer and creating a new term Ultracontemporary, the artist brings into focus the time aspect and insists on contemporary being in the now.

Apart from the velocity and time Thierry Geoffroy/ COLONEL also focuses on the content, which, too, has to be in the now, relating to what is happening in the world at the moment. There are many burning topics that need to be addressed on the spot before it is too late. The artist calls this kind of art Emergency Art. It is art produced by artists who are alert, who recognize dysfunctions and grab the most urgent ones that cannot wait to be expressed about. This way of working includes ranking of emergencies; Just like in a real hospital emergency, where the doctor would have to prioritize between the different patients based on the level of emergency.

Recent Works, twists once again the concepts of time, by introducing a new term, namely, the recent. The recent is neither the present nor the past; Neither being in the now nor being too late. It is a new category for Thierry Geoffroy/ COLONEL.

The exhibition will show artworks from the last couple of weeks next to couple of older works. All of the artworks were made in time. There were all once ultracontemporary emergency artworks. Today we can see that some of them still have a relevance and deal with problems we still have a chance to react on or try to solve, while others deal with actions and decisions that are already taken and which are too late to change.

The recent is a very delicate and interesting space and framework. It gives certain flexibility to the precision. We could say that the recent is a stretched-out version of the now. But even the definition of the now is very flexible. Is the now a day, an hour, a minute or a second? For example, the newspapers use the daily cadence for publishing the news of the now. Some other news platforms have the possibility to update their information much faster on TV or the Internet, where we get information every second. But still, very often, we have a feeling of not being in time to change anything. Maybe the now we are presented to through the media is not the real now. Maybe the decisions are already taken before we even hear about them. When we watch the news and can see that a war is about to start, most probably the war has already started and there is no way back. The media has a power of creating an illusion of now-ness; An illusion of open society where we have the freedom to know what is happening and possibility to act upon it. But in reality, most of the time, we don’t.

In order to forestall the current events we thus need to be in advance; to be avant-garde. With his instinctive approach and critical eye, Thierry Geoffroy/ COLONEL tries to let his art about the now also be art in advance, about the future. Some of the artworks in the exhibition Recent Works will also proof this, not exactly prophetic but a rather, predictive way of communication through art.

The exhibition consists of artworks done in different medias: mostly paper works such as cartons and textiles, but also objects such as tents. These materials illustrate also the speed and what-is-at-hand aesthetics. It opens up for an interesting aesthetic and form-related discussion about the aesthetic of a short cut.

Thematically the artworks are creating a connection between the actual refugee situations, the global wars and growing xenophobia. In the last years, the political and social atmosphere in Europe and the rest of the word has been going through a significant change. We are seeing big movements of people, refugees, running away from wars looking for new homes and safety. Ironically enough, we hear about the economic crisis and cuttings down on the educational and cultural sector, while we, at the same time, see the growth in the war industry. The investments in the war industry are being legitimized by fear of terror and a generally polarized idea of them and us or being for and against. As a consequence of this polarization, we can experience new waves of xenophobia both on a political and human level. It is a very dangerous circular development that is heading to less openness, more control and more hate between people.

In June 2016 many of above-mentioned subjects were activated in a daily changing exhibition with debates at Museum for African Design and The Galleri Kalashnikovv in Johannesburg. Now in the new space of The Galleri Kalashnikovv Thierry Geoffroy/ COLONEL will give yet another pertinent artistic scanning and recent observations of what is happing in the world around us.

At the opening of the exhibition, October 27th the artist will do a guided tour and there will be a good possibility for asking questions regarding the artworks and his artistic process.

During the exhibition period (date and time TBA) there will be a talk about CUSB-Copenhagen Ultracontemporary Streaming Biennale – a new biennale founded by the artist Thierry Geoffroy/ COLONEL in collaboration with curator Tijana Miskovic. As its title alludes, the biennale is questioning the notion of time and is based on elements from Thierry Geoffroy/ COLONEL artistic thinking.