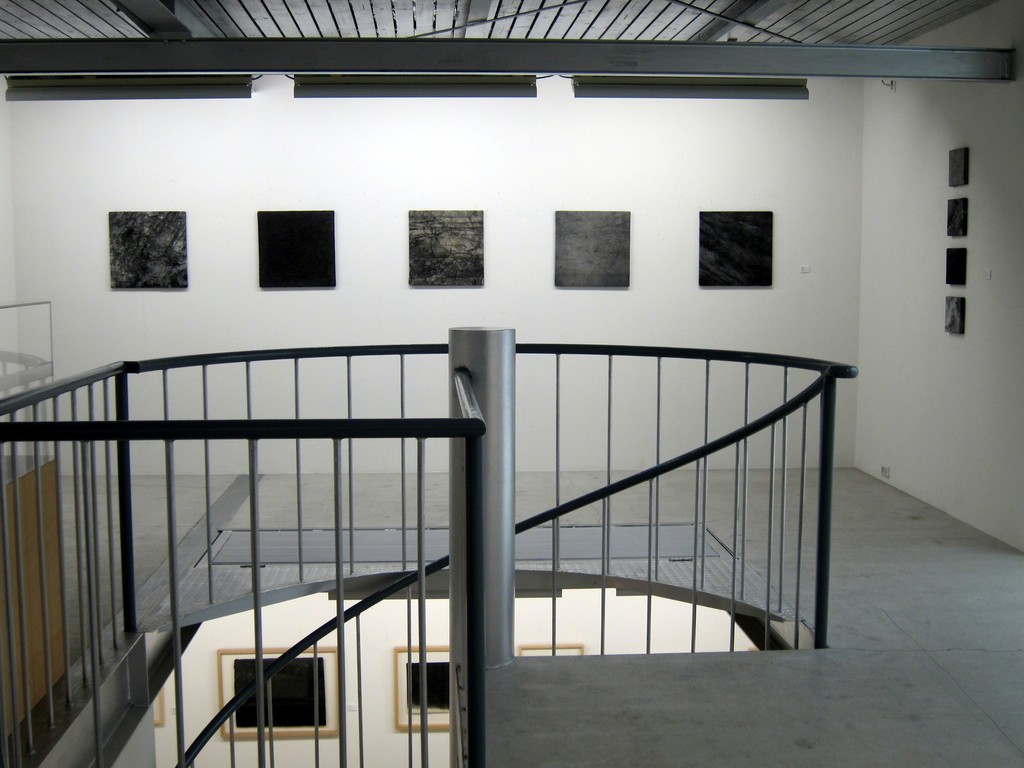 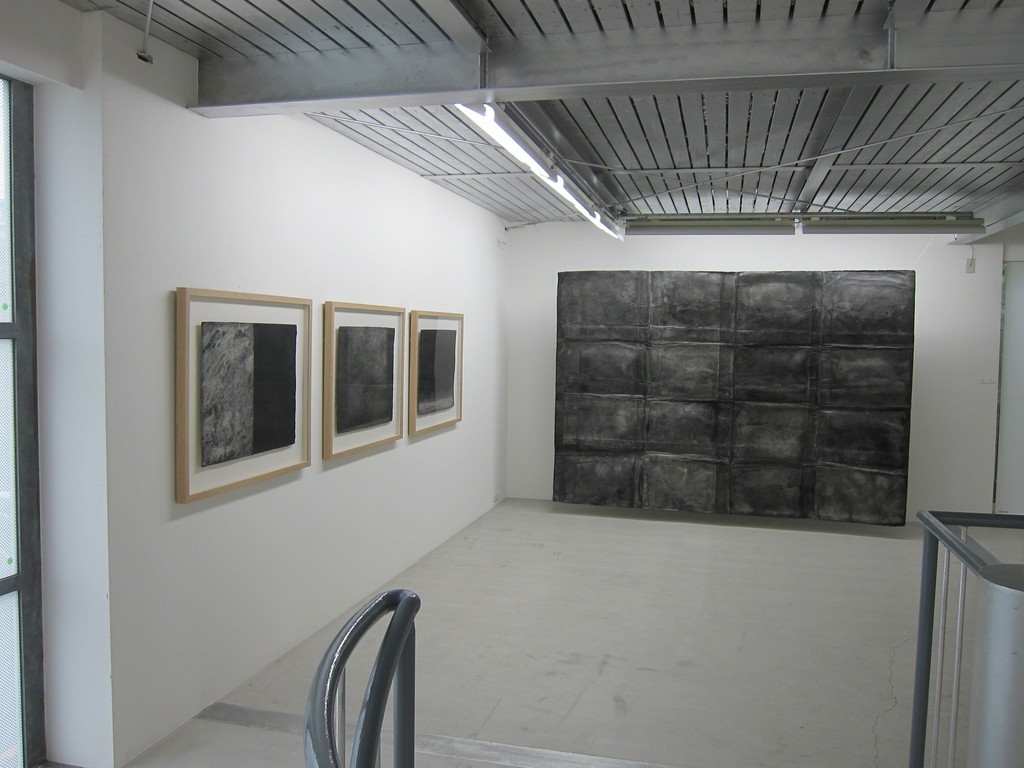 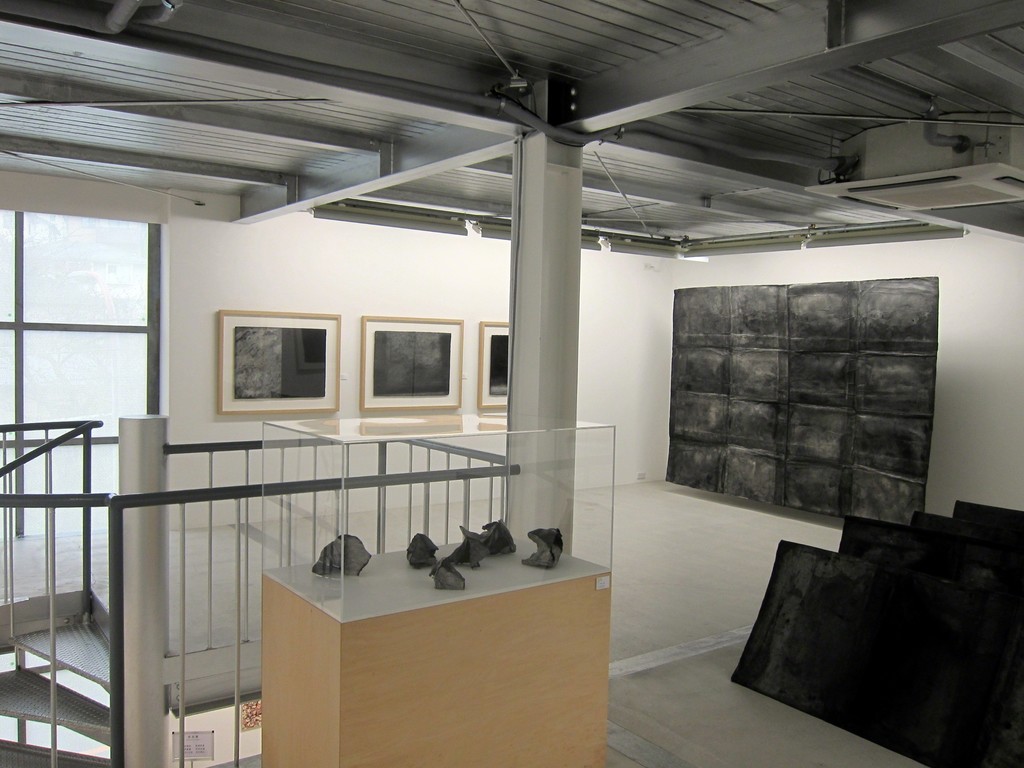 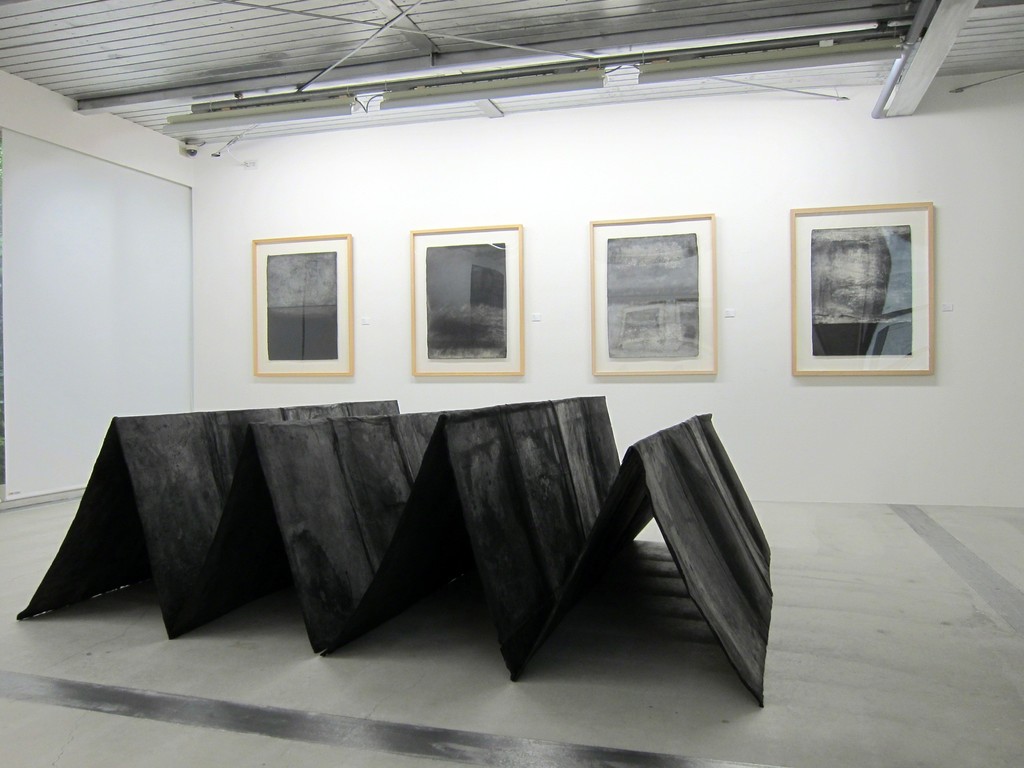 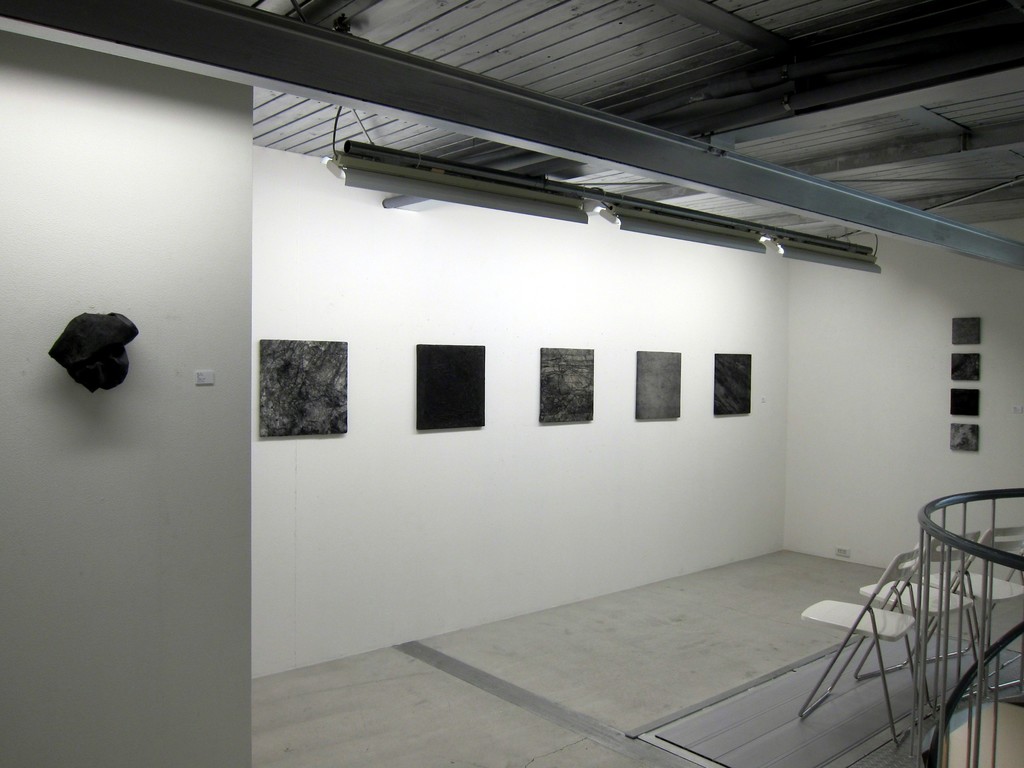 Fujiwara Shiho was born in Nishinomiya city, Hyogo in 1944. She started to draw the ink painting in her childhood and was enrolled in painting school, trained in there fundamental study of Sumi (Chinese ink / Japanese ink) and Washi (Japanese Paper). She traveled a lot of places in Japan and continued drawing her works with a motif of trees and woods in 1970’s. When she visited Akiyoshi-dai in Yamaguchi prefecture, there was affected by typhoon and she saw the impressive sight that the clouds dipped as low as the horizon. At that moment, she realized that what she wanted to express through her works. Since then she started to make abstract representation with Sumi and Washi and has been pursuing a new style of works as contemporary art included installation and three-dimensional works. Kamakura Gallery held her solo exhibition three times in Ginza, Tokyo from 1986 to 1990. Recently her solo exhibitions were held in Australia, France, United States and other countries. In this exhibition, 20 works included her latest works and one of typical large works that is strung from the ceiling will be on display.