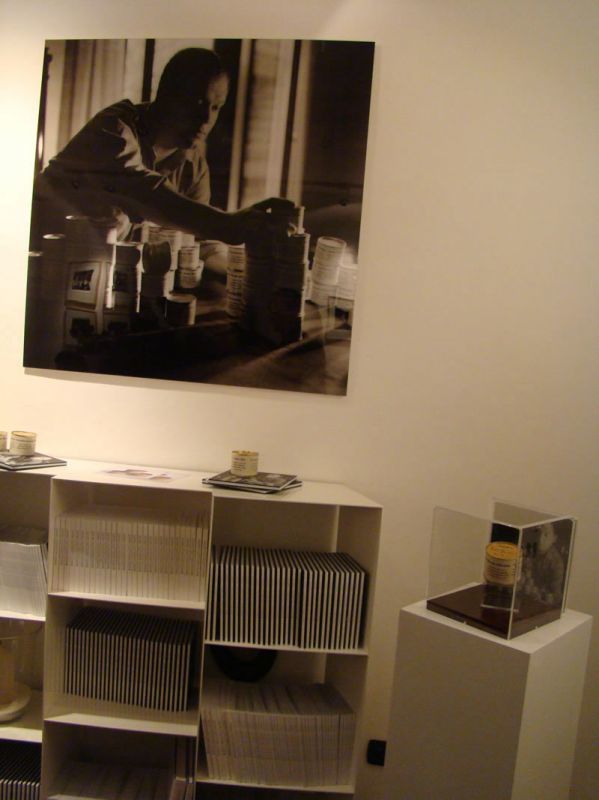 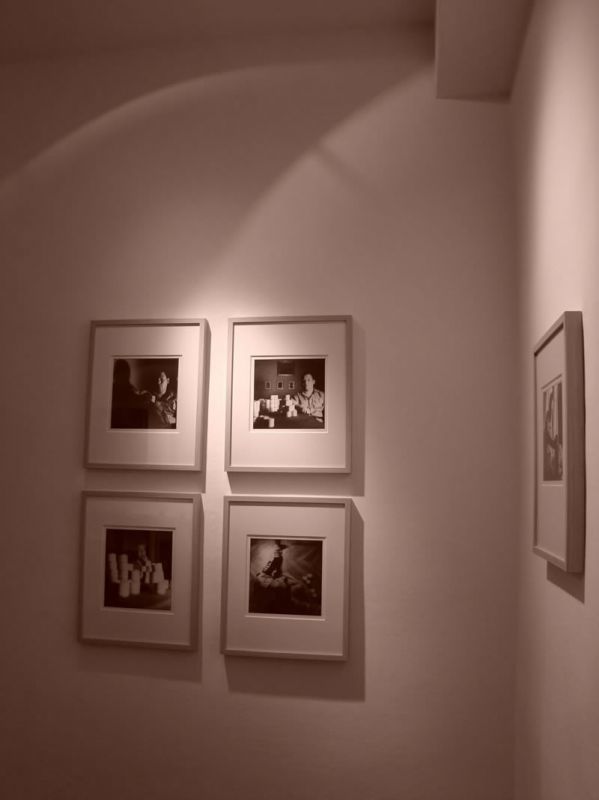 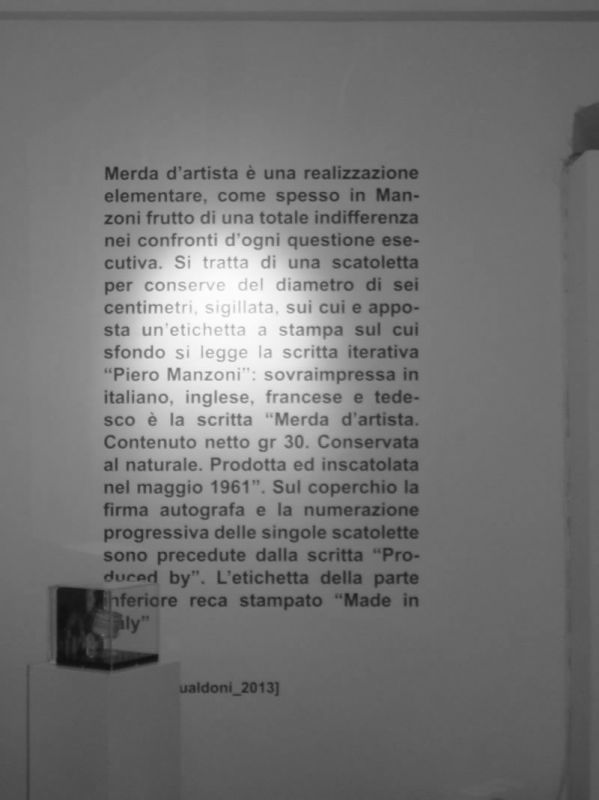 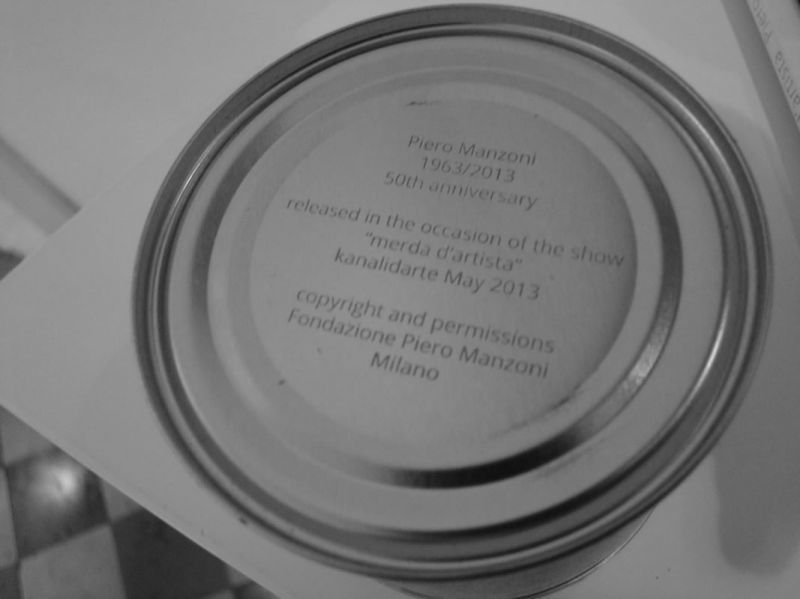 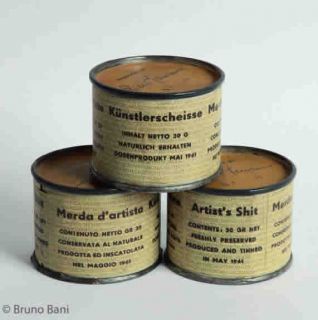 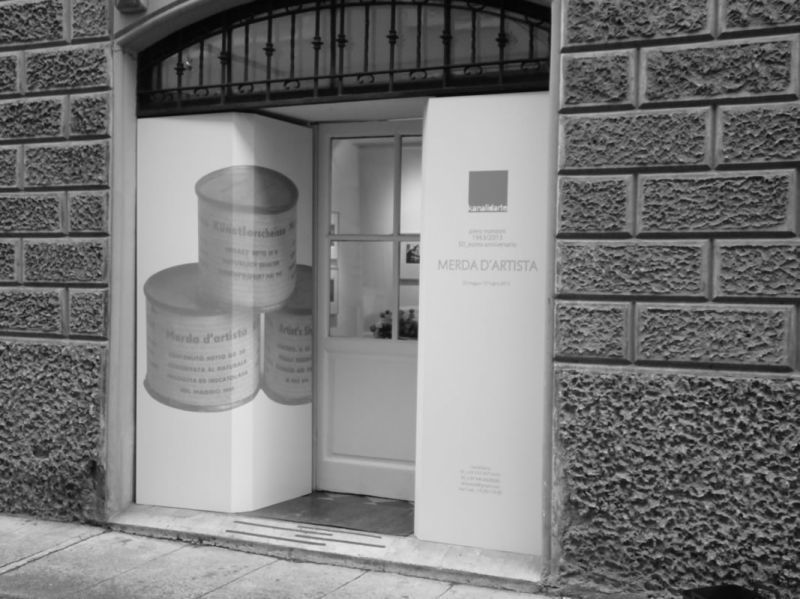 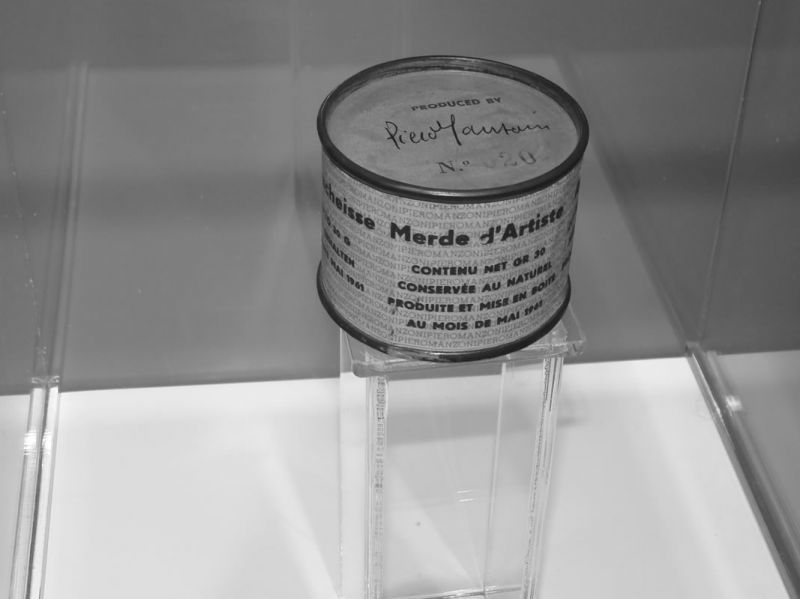 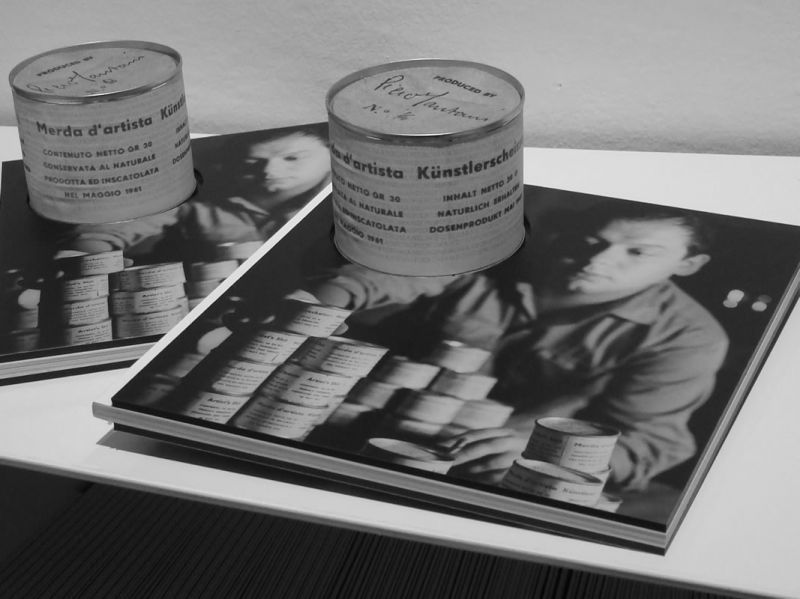 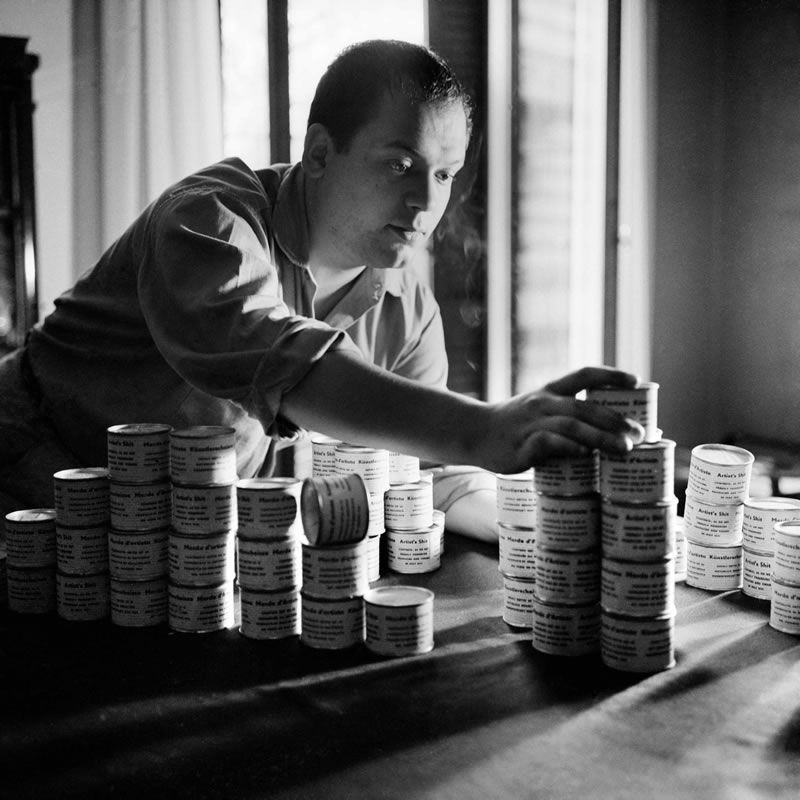 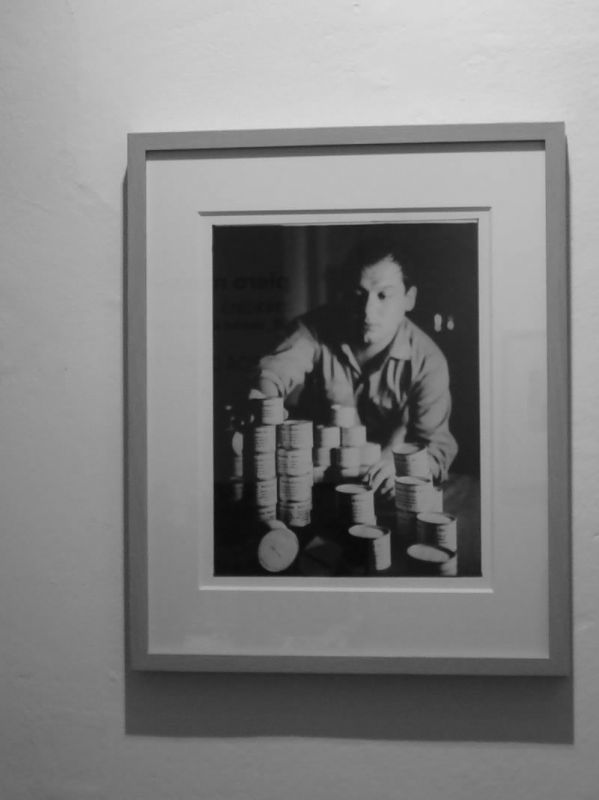 With this exhibition, Kanalidarte calls for a celebratory event rather than an exhibition, giving homage and memory to Piero Manzoni, who is worth recalling through an exhibition dedicated to him, where the most irreverent of his creations is exposed: the “Artist’s shit”, symbol for excellence of the desecrating and provocative genius that distinguished him, along with various historical photographs, taken by the famous Milanese photographer Giovanni Ricci.

Artist's shit is an elemental achievement, as is often the case in Manzoni, the result of total indifference to any executive matter. It is a six-centimeter diameter canned box, sealed, on which there is a printed label on the background of which is written the iterative writing "Piero Manzoni": overprinted in Italian, English, French and German is the inscription "Merda d'artista. Net Content gr 30. Conserved to natural. Produced and boxed in May 1961". On the cover, the autographed signature and the progressive numbering of the individual boxes are preceded by the word "Produced by", while the label of the bottom is printed "Made in Italy". "Content is declared, but unverifiable, obviously.The only way to ascertain whether the promise of the label is actually the reality of using the apriscotole, to have no doubt but no longer have the work", writes Flaminio Gualdoni, author of the text of the catalog accompanying the exhibition. "Manzoni fixes the price of the boxes based on an arbitrary parity with gold, about 700 lire then gram, indicating it in thirty grams of gold. So, food / shit, Art / shit, gold / shit: the chess match between codes and conventions that Manzoni puts in the field is ultimative. What is art? What is value? The work does not answer the questions, but puts them genially caustic and sharp, and that's enough."