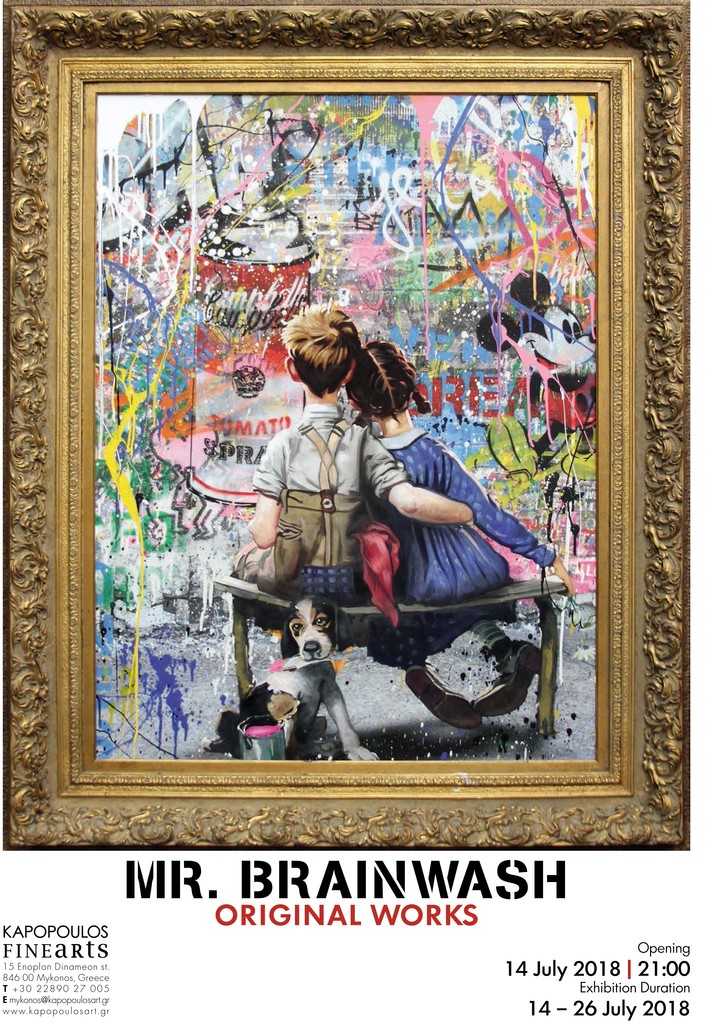 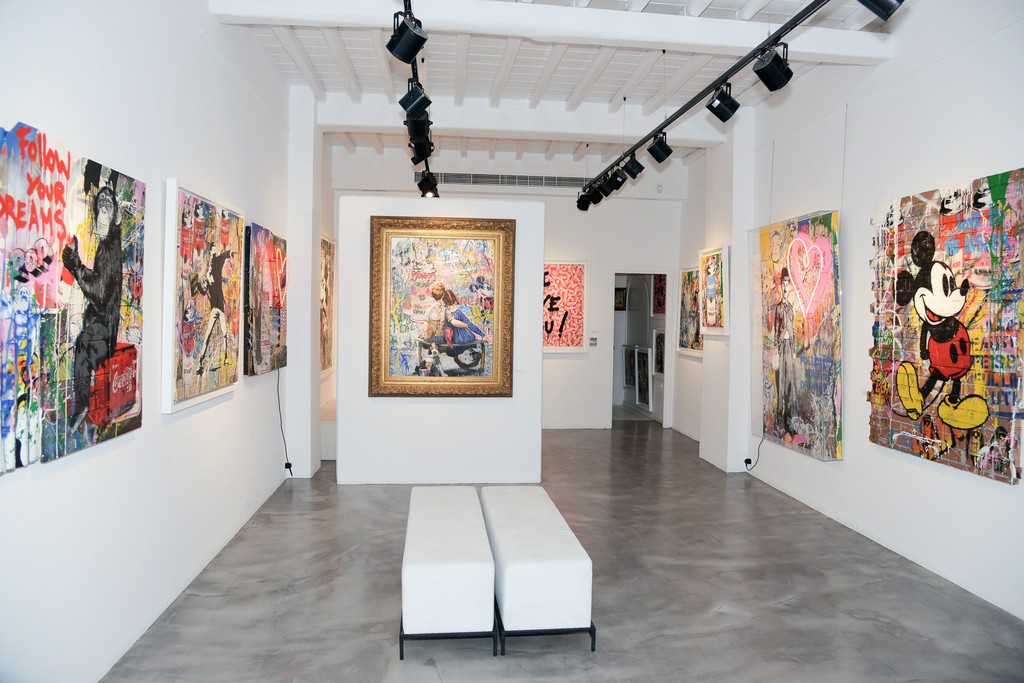 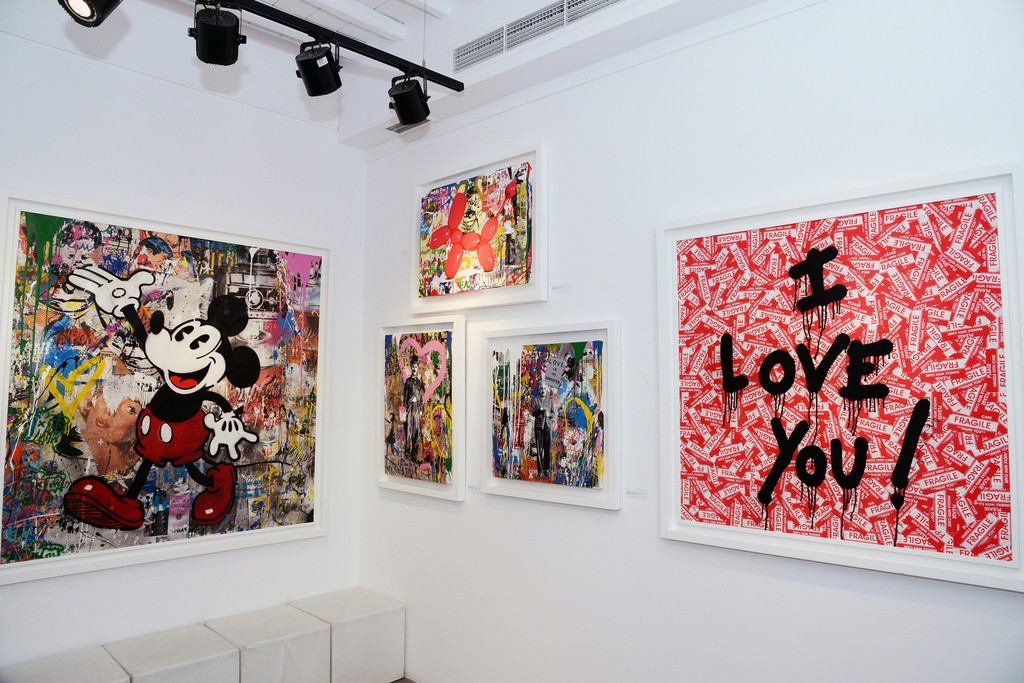 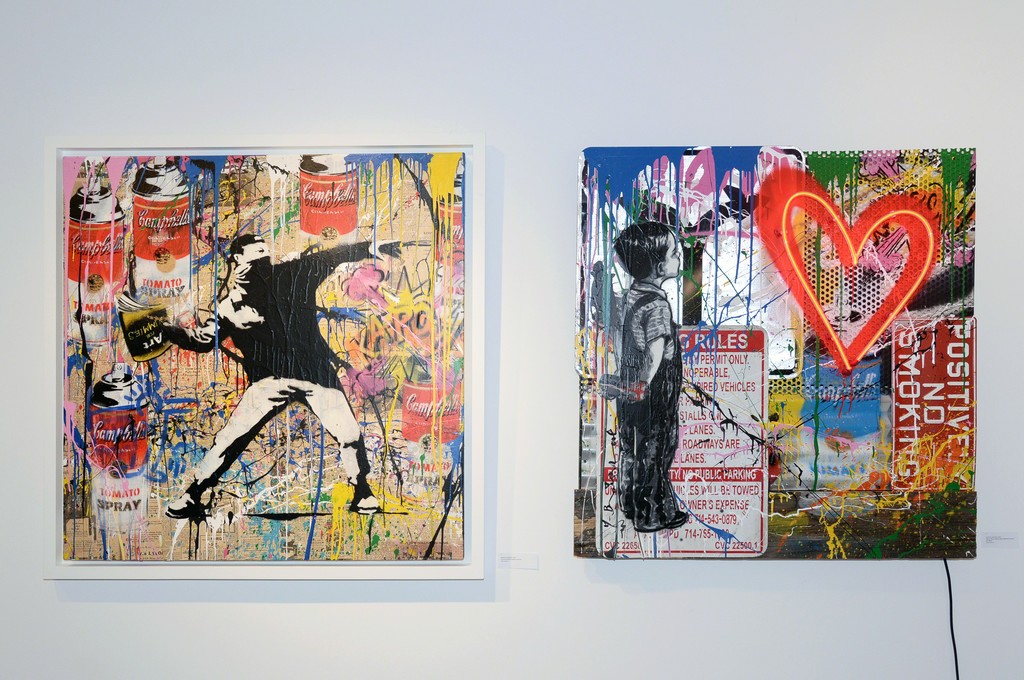 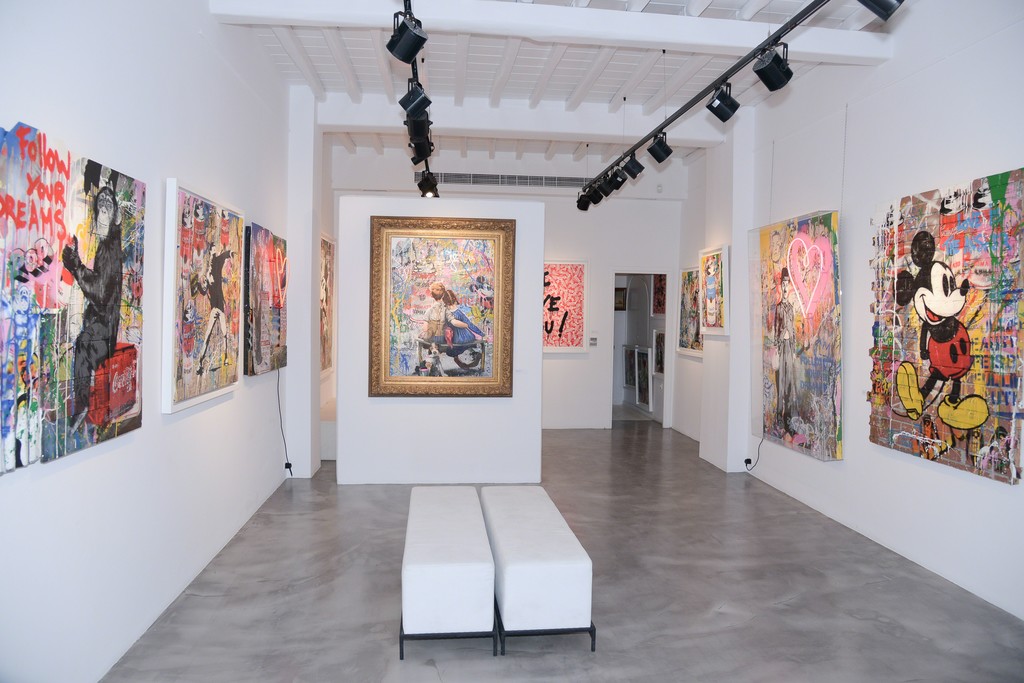 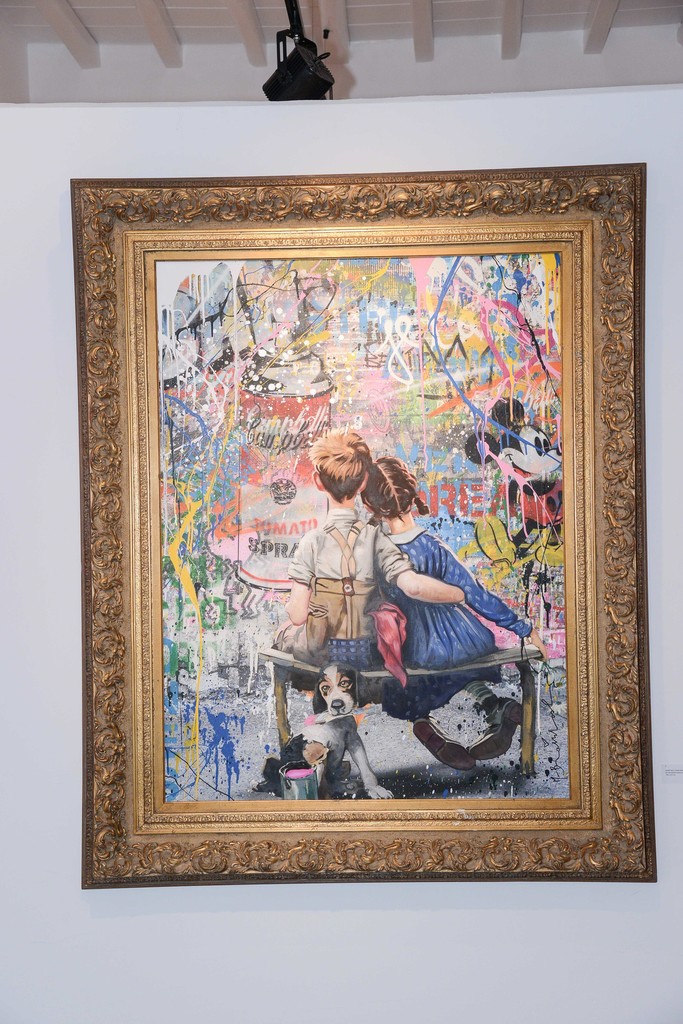 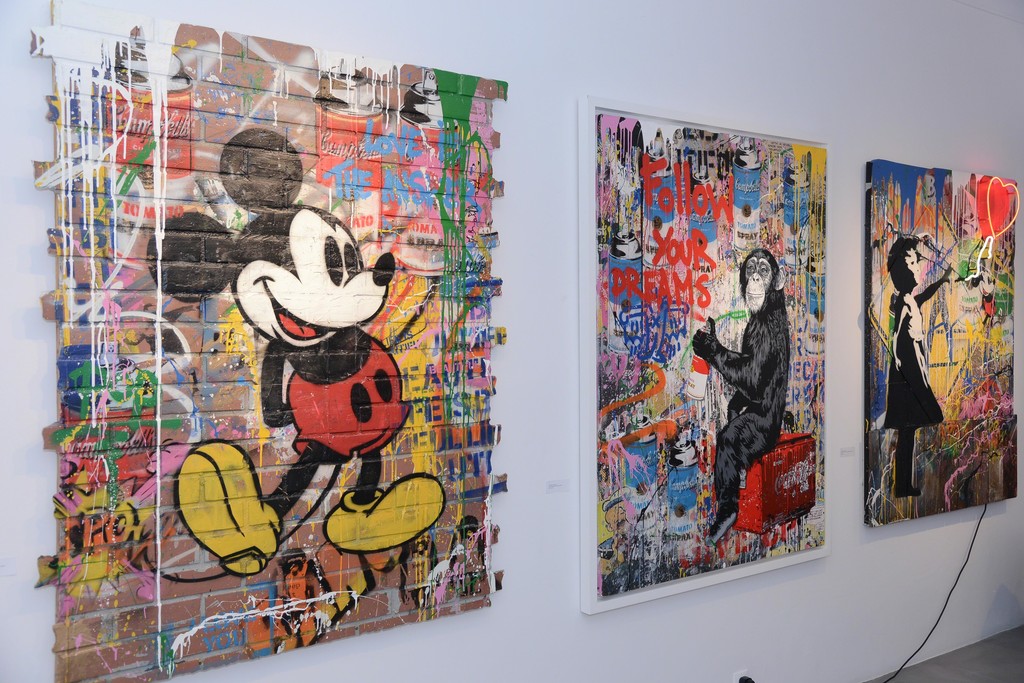 Kapopoulos Fine Arts Gallery in Mykonos proudly presents for the very first time in Greece, a series of artworks from the renowned street artist Mr. Brainwash. Opening on July 14th 2018.
A provocative figure in the world of street art, Mr. Brainwash is known for his irreverent brand of appropriation characterized by the use of iconic images from popular culture, and art history. The artist subtly alters the picture or it’s context, mischievously undermining the tone of the source material. His work hinges on the idea that anything is possible in his practice. “Art has no walls. Anybody can be an artist,” he says. “Art has no rules. There’s no manual.”
Mr. Brainwash originally shot to stardom when he was featured in the Academy Award nominated Banksy documentary Exit Through the Gift Shop and is considered one of the very few street artists whose work has risen to the level of collectability. Mr. Brainwash is the moniker of filmmaker and Street Pop artist Thierry Guetta. Born and raised in France and based in Los Angeles, Mr. Brainwash has been pushing pop culture’s boundaries for almost a decade, bringing his art to the street, the gallery and on screen.
Mr. Brainwash put aside the camera and took to the streets in 2006 with stencils and posters of beloved icons and quickly became a renowned figure in the burgeoning street art scene. Now, Mr. Brainwash has brought his street art to six continents and attracted hundreds of thousands of visitors to his massive solo art shows. He has created cover artwork, album campaigns, music videos and installations for a variety of the most iconic figures and brands including Madonna, Michael Jackson, The White House, Coca Cola, Hublot, Mercedes, Product Red and many others.
Kapopoulos Fine Arts is one of the most influential and longest-running Greek art galleries and has championed the careers of many artists. Having founded Kapopoulos Fine Arts Auction house in 1991, Mr. Vangelis Kapopoulos established Kapopoulos Fine Arts Gallery in Athens, Greece in 2004. In fourteen years, his organization has evolved into a gallery network with nine exhibition spaces in Athens, Thessaloniki, Mykonos, Patmos, Spetses, Crete and Cyprus.
For further information please contact the gallery at [email protected] or at +30 22890 27 005