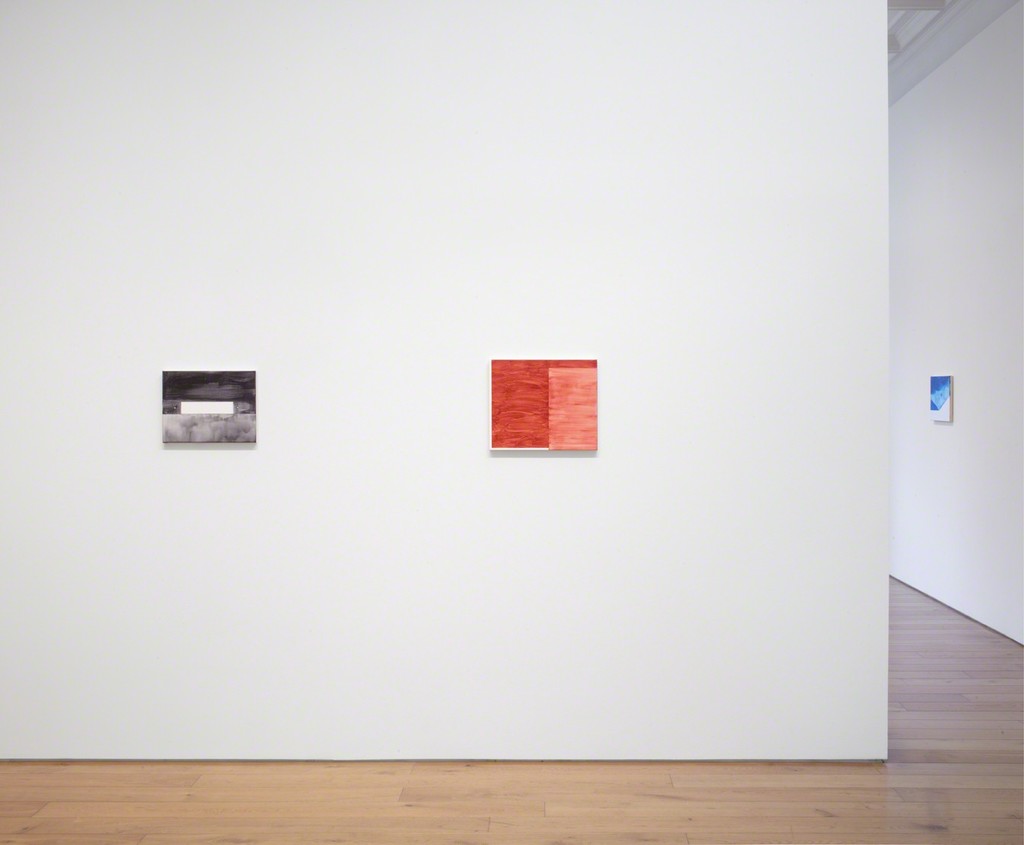 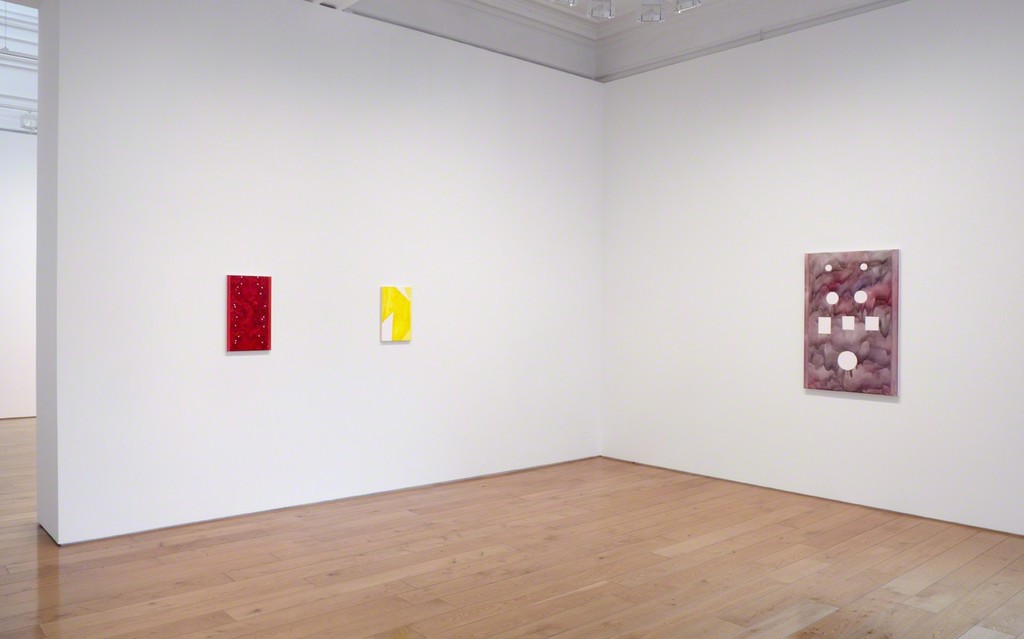 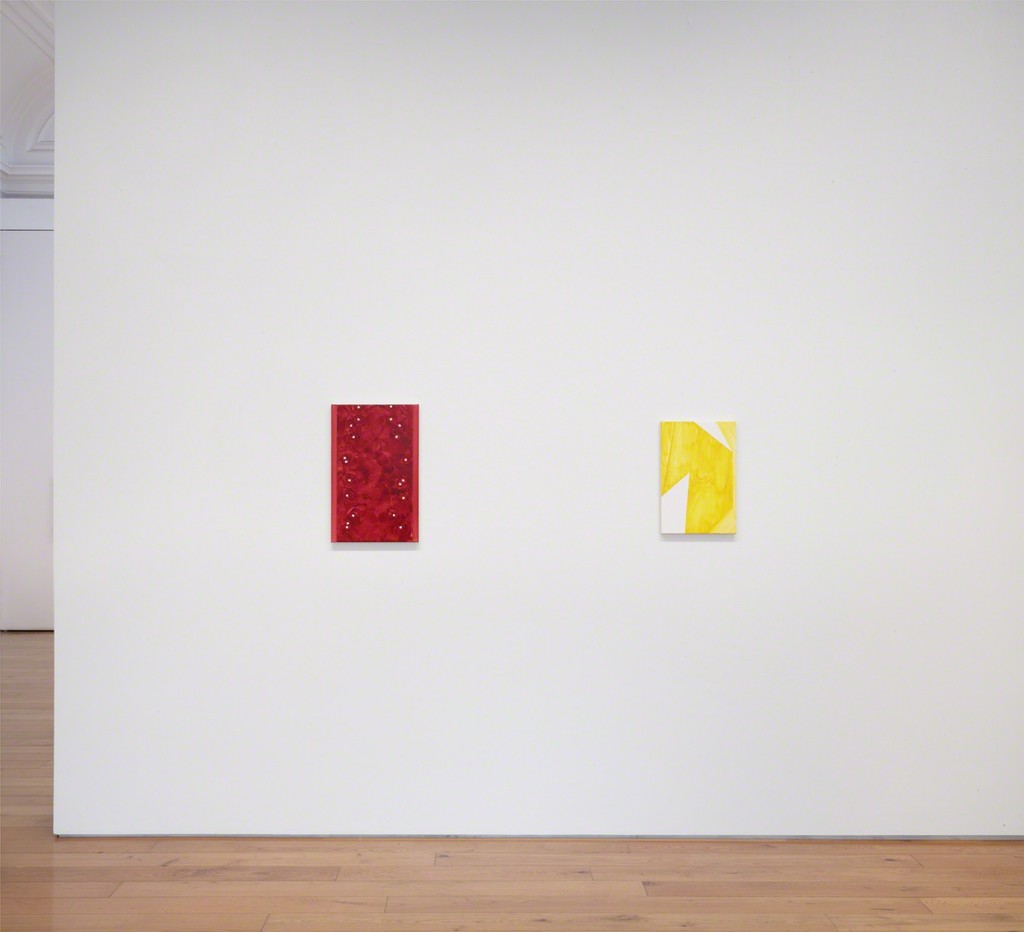 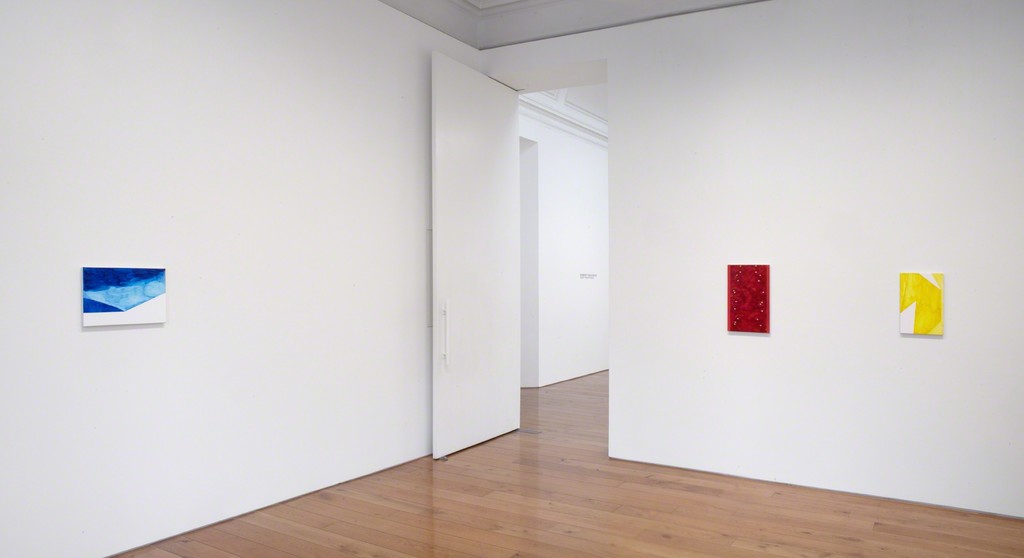 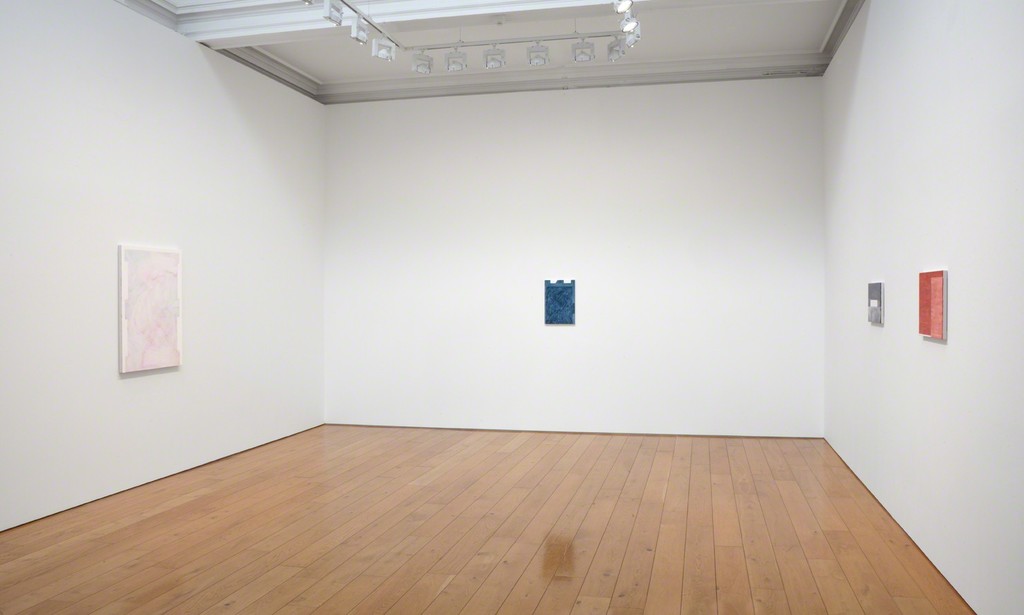 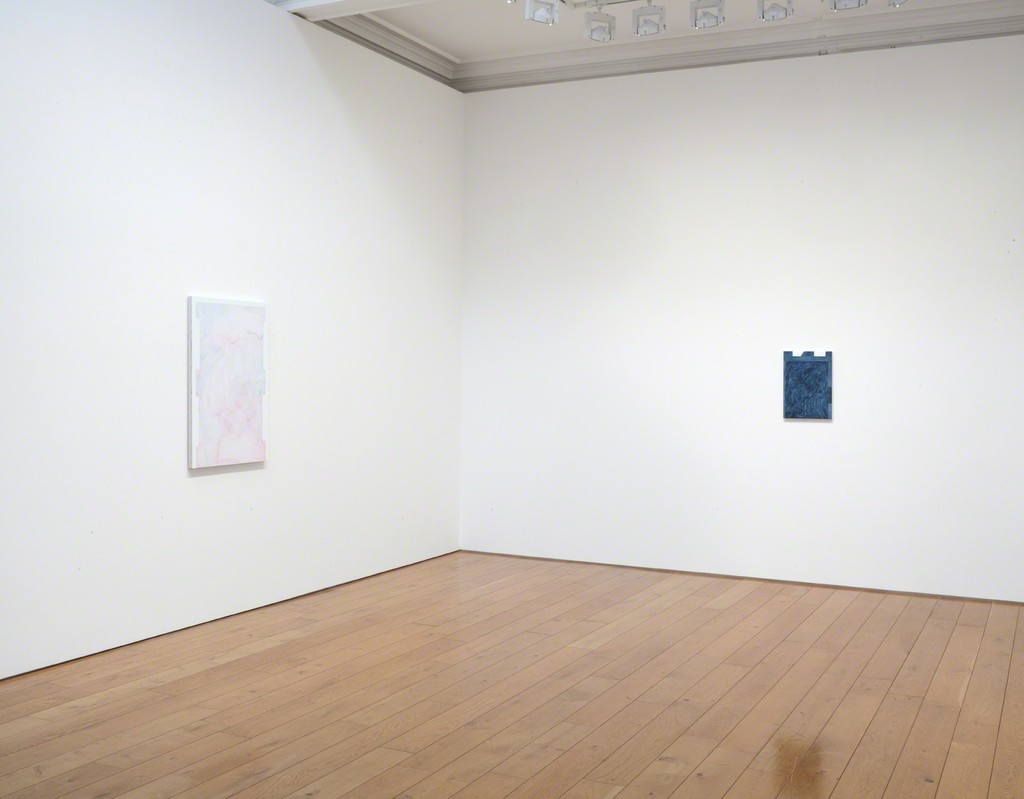 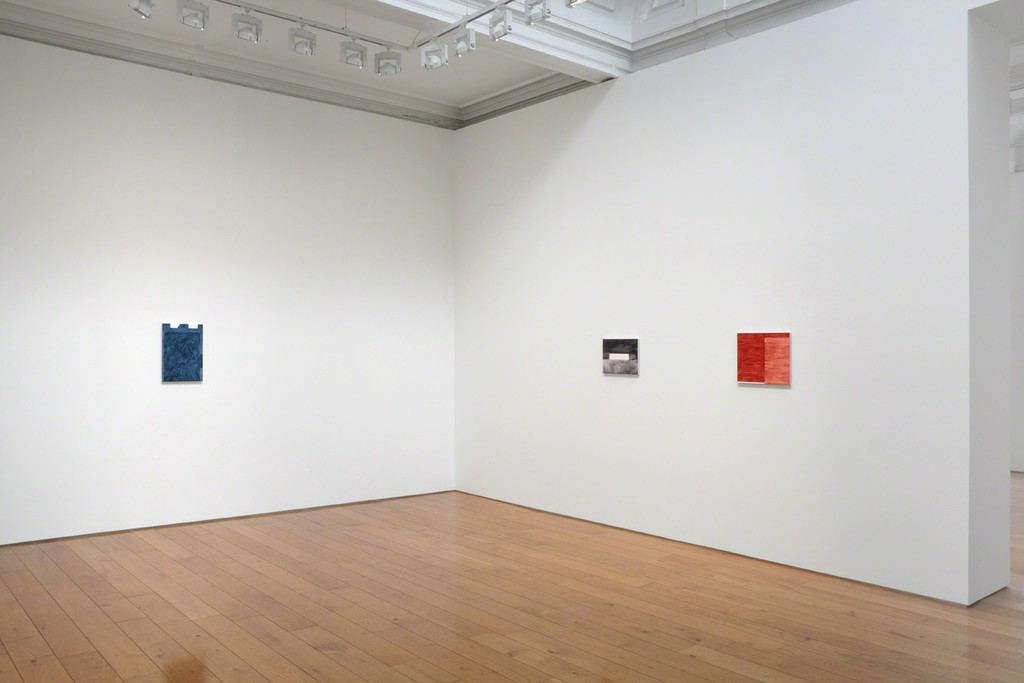 Karsten Schubert is pleased to announce an exhibition of new paintings by Robert Holyhead.

In an essay entitled ‘Abstraction and Intimacy’, W. J. T. Mitchell has suggested that abstract painting today invites an ‘intimate’ mode of address, a relationship based on friendship and kinship rather than idolatry and desire. It is within this context that Robert Holyhead’s paintings can be most productively located. ‘I find the idea of visual intimacy very curious,’ he says. ‘The experience of being involved and encountering the paintings so that one can become absorbed by a particular edge or application of paint or a certain subtlety within them is very important.’ Holyhead points out the painting must not become laboured or overworked, but should stop at the point when it achieves a fragile sense of cohesion. There is a sense that something is being withheld: a feeling heightened by the expanse of white ground left uncovered, or the traces of colour at the canvas-edge, where paint has been meticulously removed from the surface. This reticence in the paintings, however, prompts an attitude of curious enquiry in the beholder, inviting an intimate mode of looking that can be described in terms of the ‘encounter’.

Robert Holyhead was born in Trowbridge, UK in 1974. Trained as an artist in the 1990s at Manchester Manchester Metropolitan University and at Chelsea School of Art, he now lives and works in London. He was awarded the five-year ACME Fire Station (a live/work programme supported by Arts Council England) in 2005 as well as a 3-month residency with Fundaziun NAIRS, Scuol (Switzerland) in 2007. In 2009, he was commissioned by the Government Art Collection to produce two site-specific works for the British Embassy in Brussels. He had two solo exhibitions at Karsten Schubert (2009, 2010), for which two publications have been produced. He is currently being exhibited as part of the Space Between exhibition at Tate Britain (until January 2013).