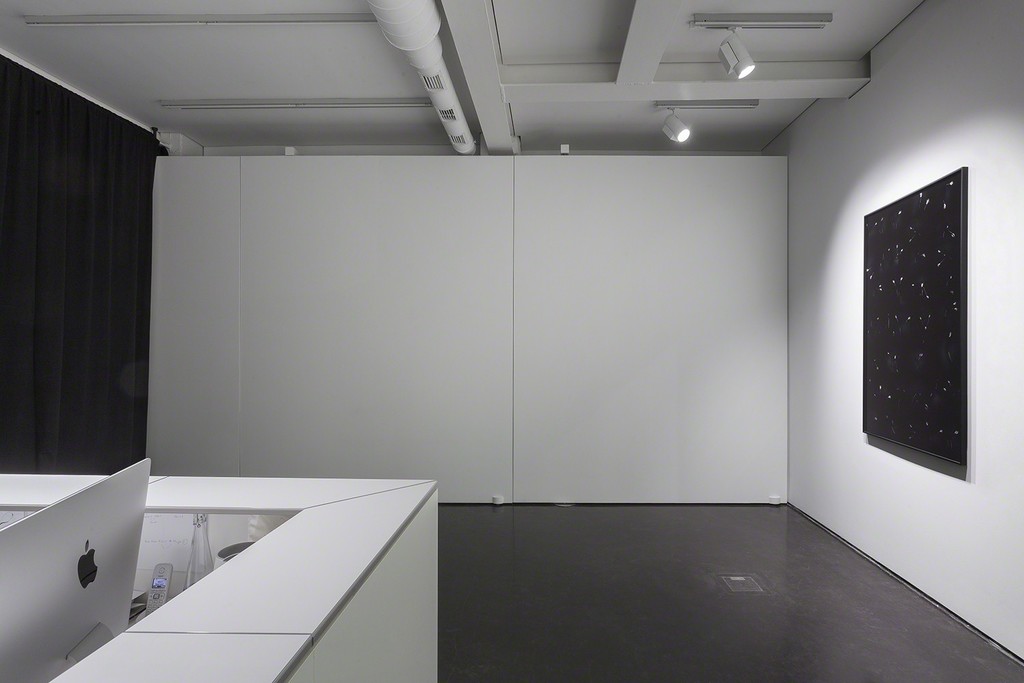 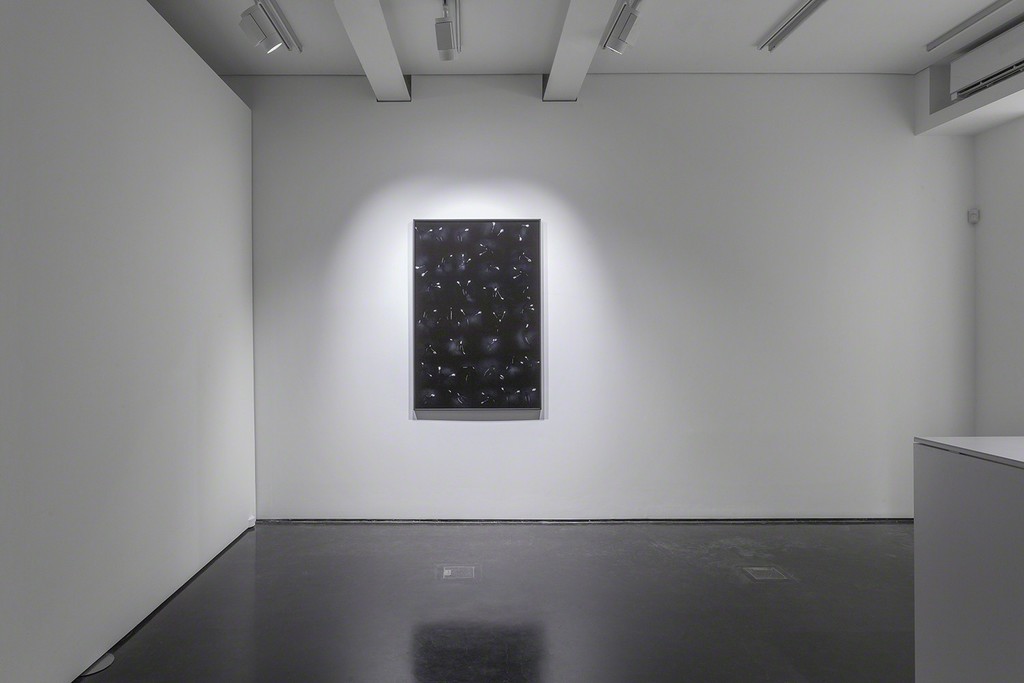 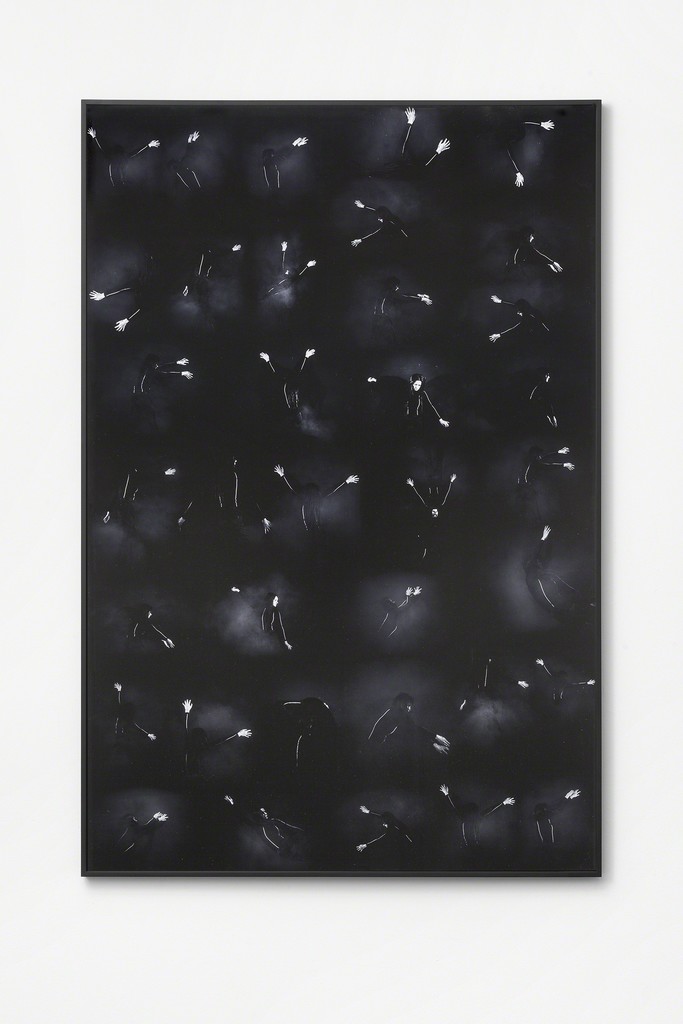 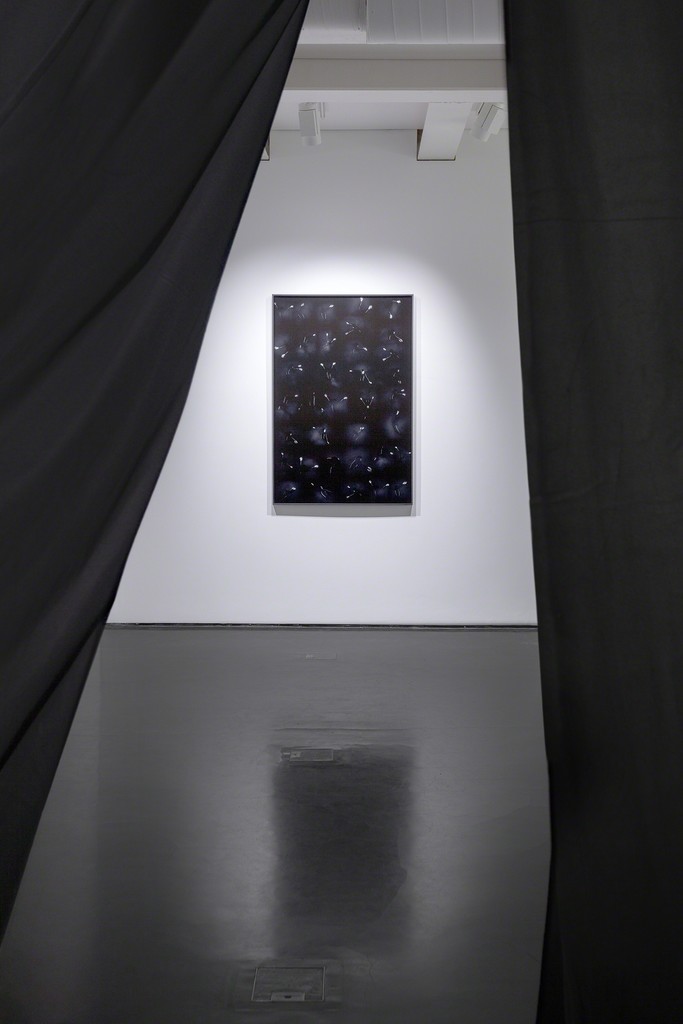 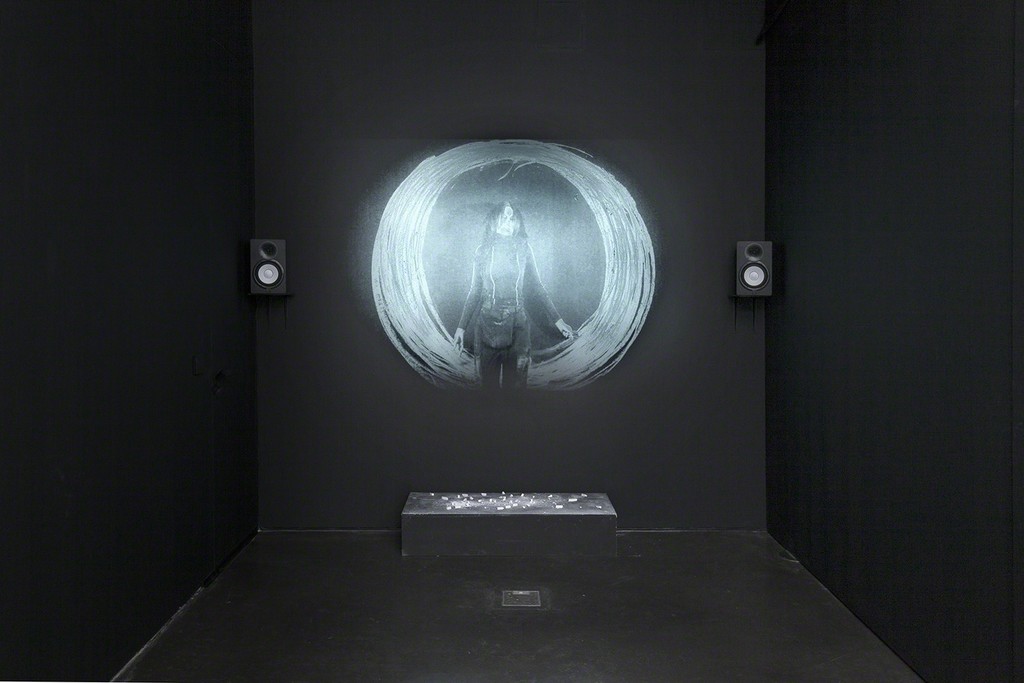 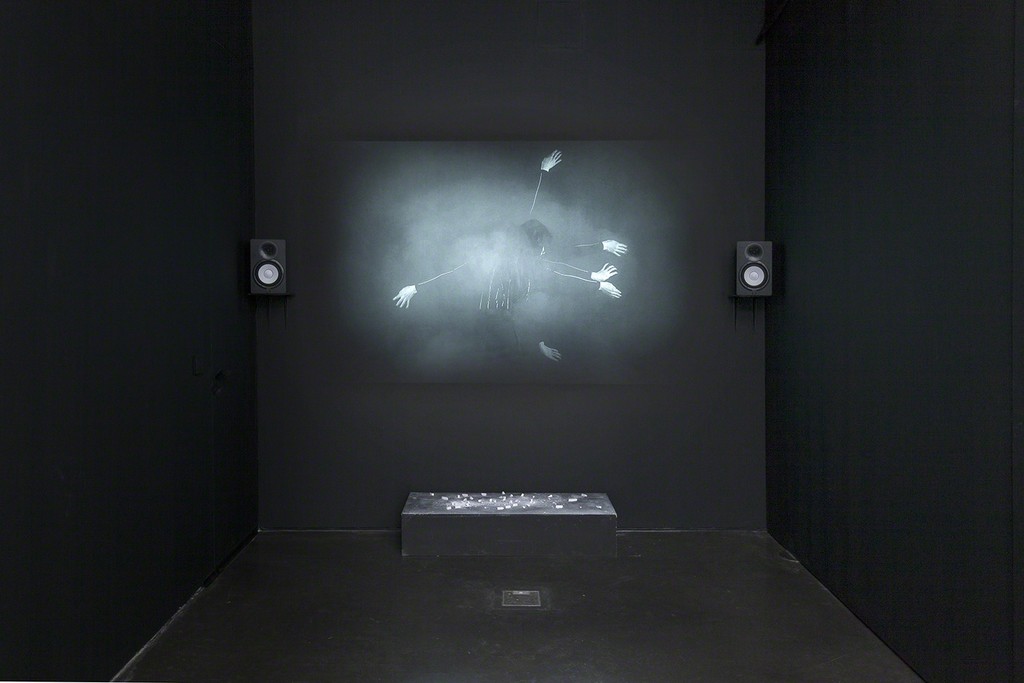 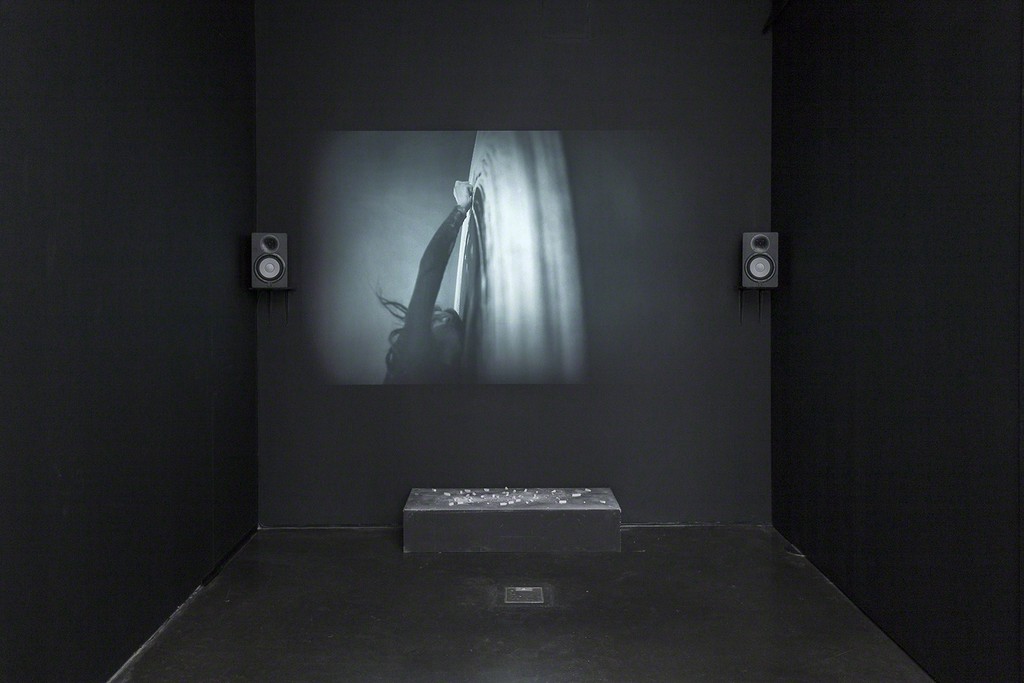 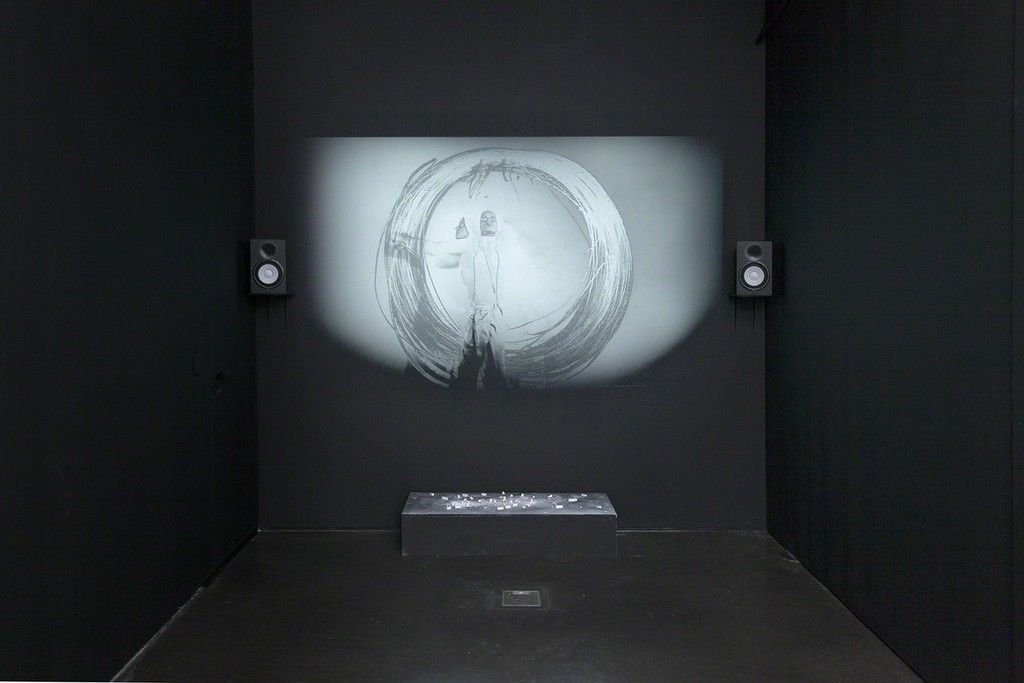 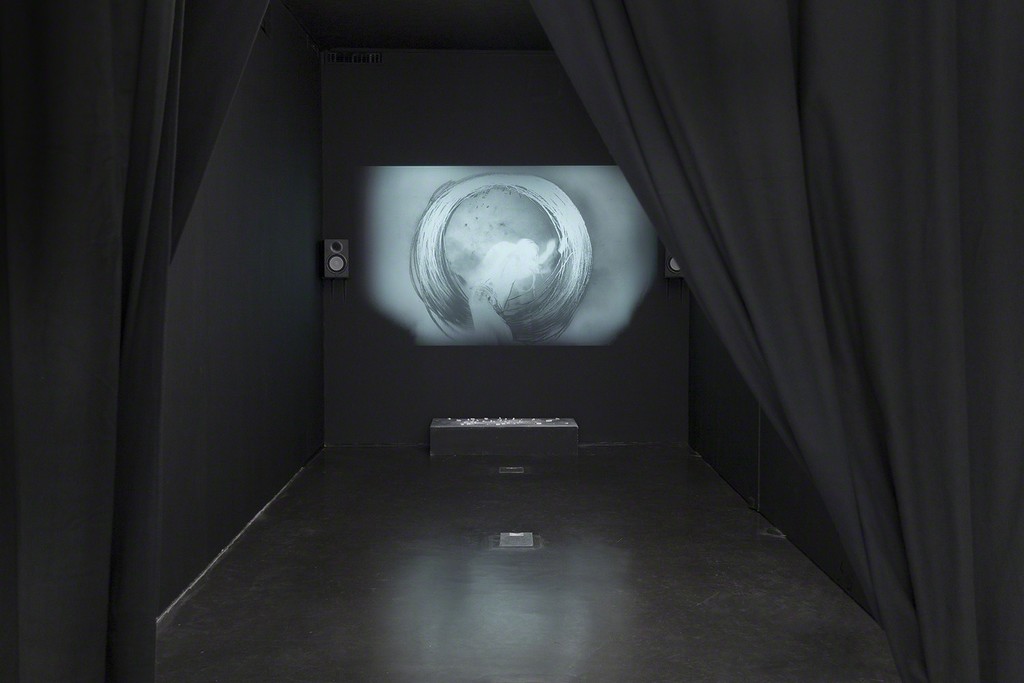 Anna Zaradny’s video, Theurgy Two, constitutes yet another form of documentation of the artist’s performance, initially iterated for the cover of Go Go Theurgy LP and later restaged at her solo exhibition, Rondo Denoting Circle. Challenging the convention of pop music videos while initiating a dialogue with contemporary experimental music, Zaradny’s film presents the artist carrying out a processual ritual of inscribing her body into a circle she draws with chalk on a black wall. The repetitive choreography—the act of recording movement in space-time—is underscored by the saturated sounds of analog synthesizers. Devoid of pathos, or of melodramatic affectation, the sublimity of the resulting composition communicates monumental and abstract volumes of music: Theurgy Two becomes a formally and semantically consistent structure, charged with emotion and energy.

Oscillating between choreography and performance, Zaradny’s audiovisual composition intersects layers of sound, and explores ritual-based concepts of rebellion, power, purification and liberation—all communicated through sensual body movement. Choosing to distance herself from the practice of archaic, shamanic rites, performed with the aim of evoking the presence of the supernatural or divine in the human world, the artist elevates “theurgy” to a contemporary level. According to the critic Daniel Brożek, the piece “celebrates performativity and defies genre limitations. Although bravely experimental, it is precisely structured at the same time, sometimes building a momentum usually connoted with pop music.”

As a counterpoint to the video, a digital photographic collage is shown, functioning as a score for Theurgy Two and as a record of the artist’s aleatoric gestures.