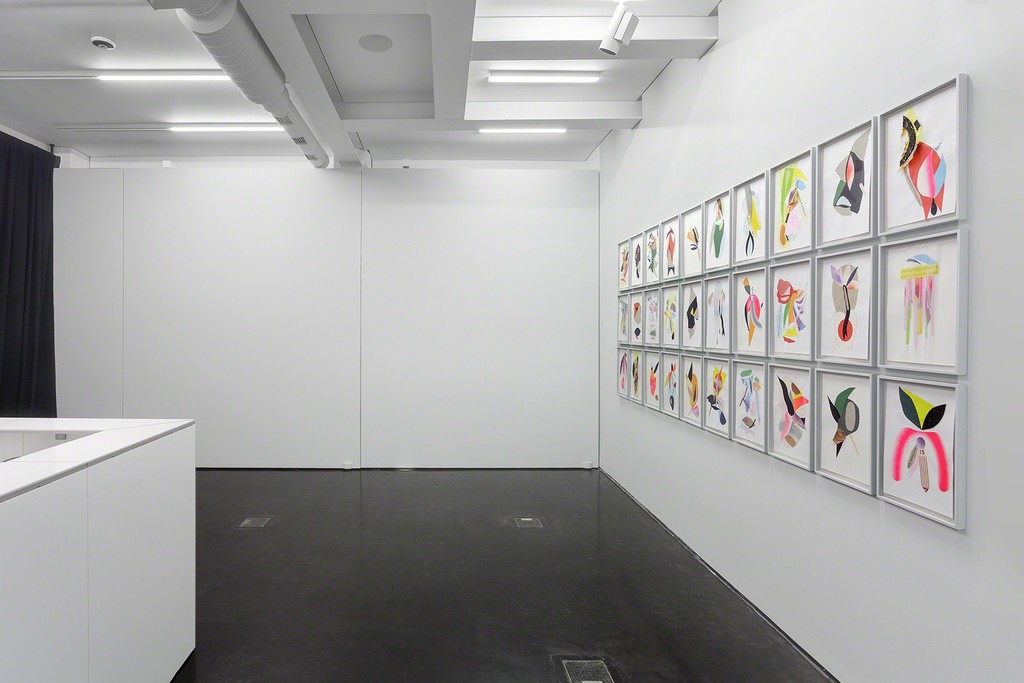 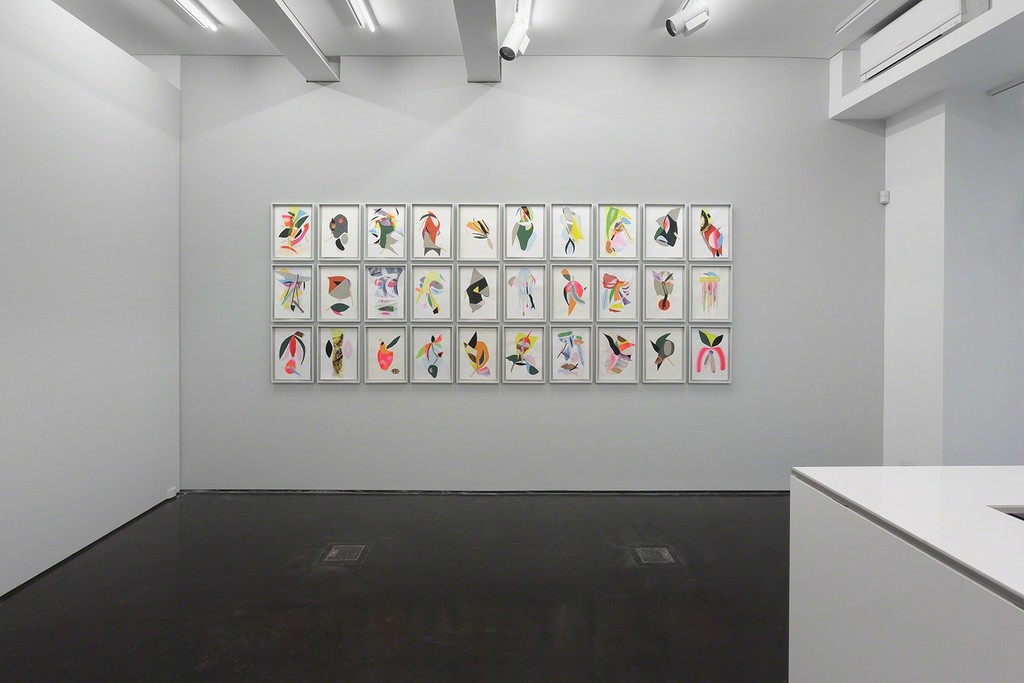 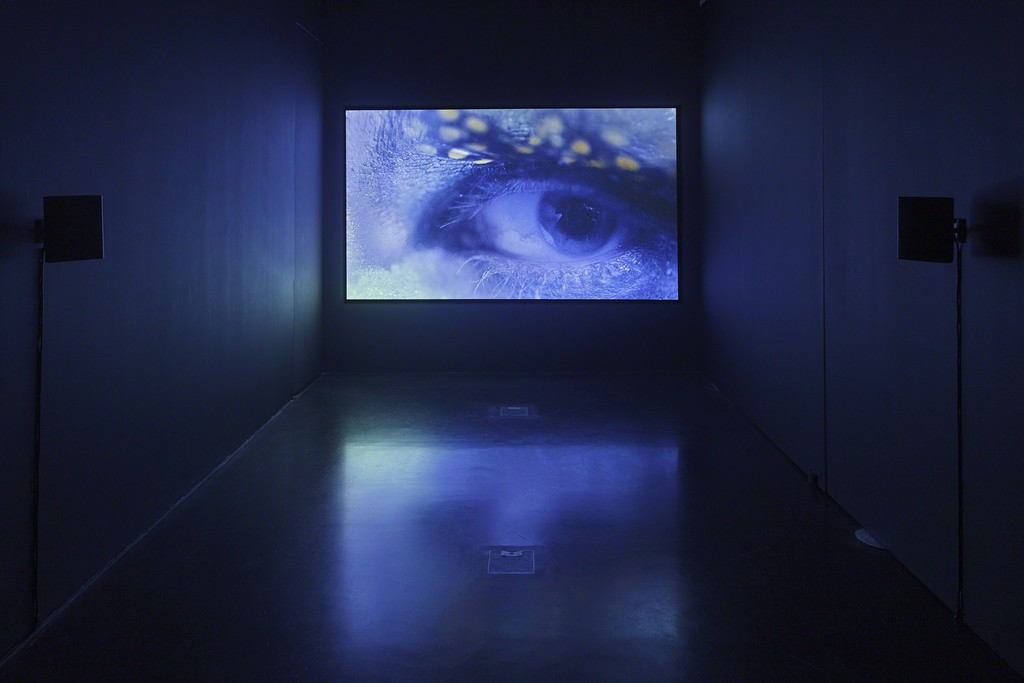 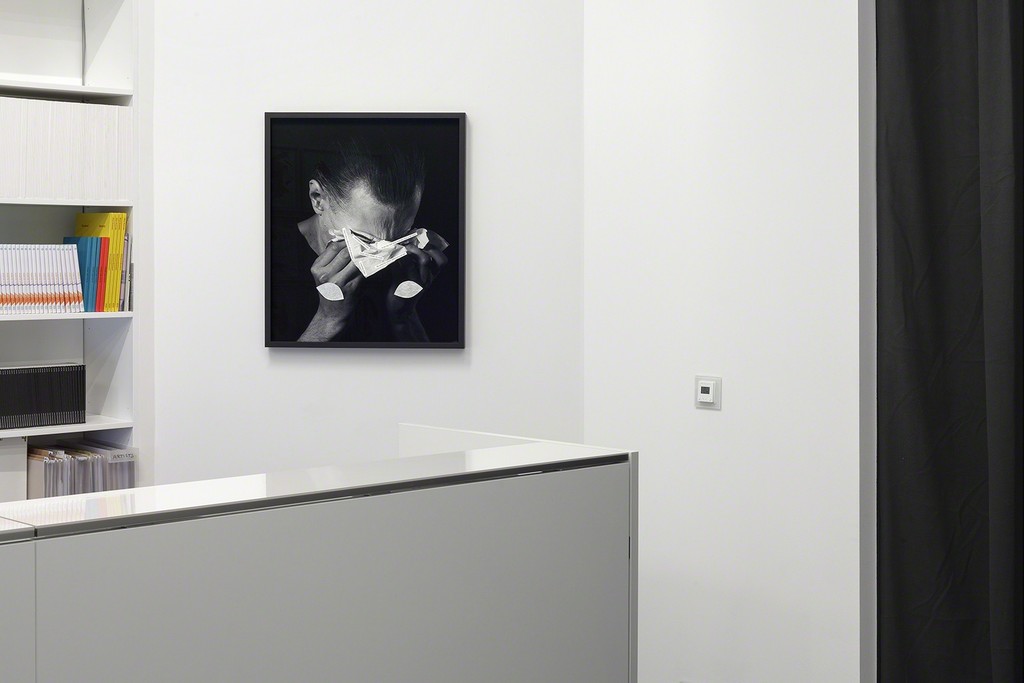 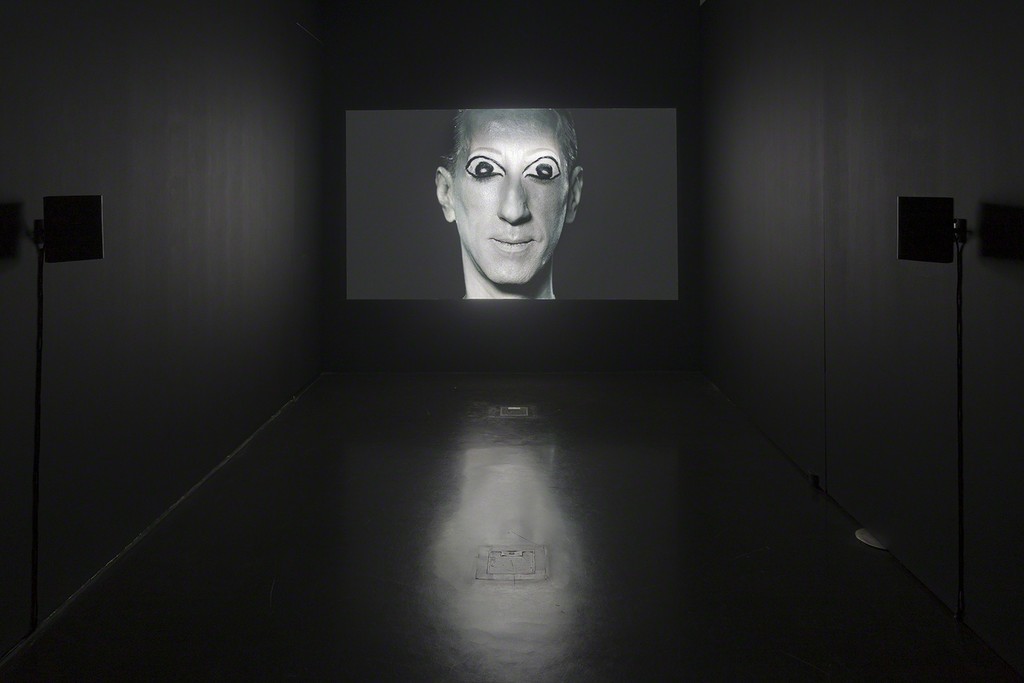 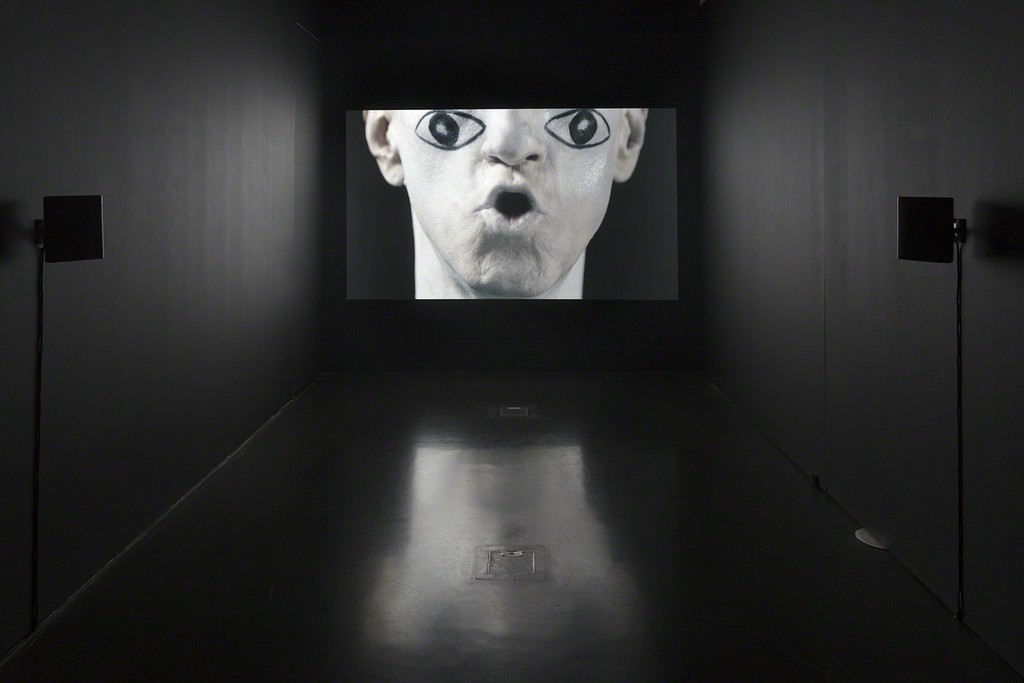 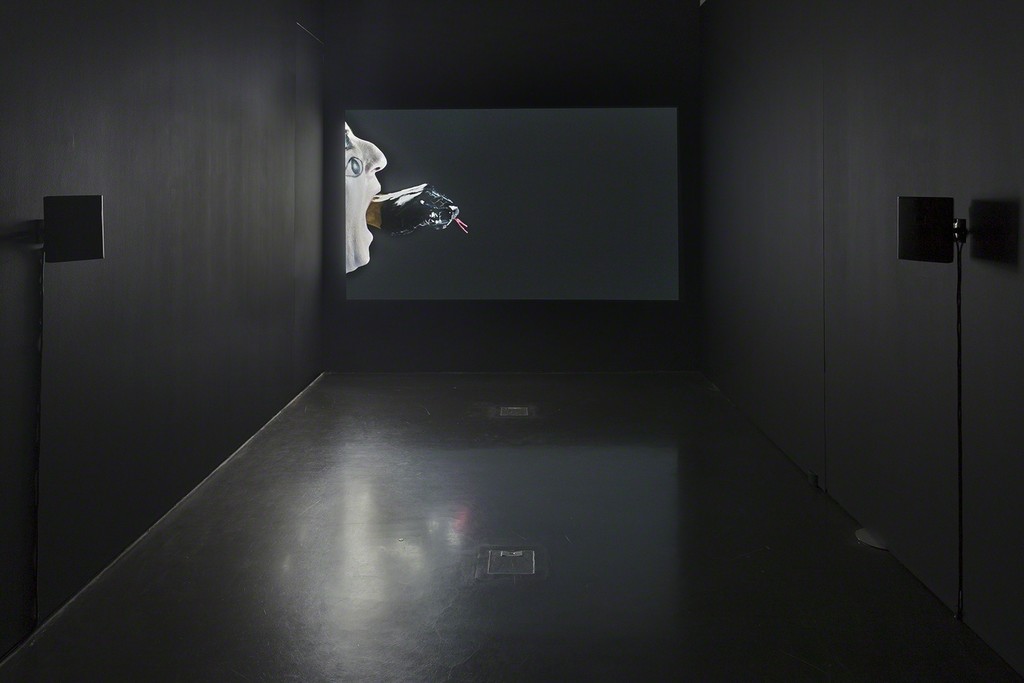 Presenting the artist’s most recent lm, Dicta, along with a series of new works, the exhibition reveals a multiplicity of layers inherent to the production and the core topics of the artist’s research.
The lm features a radical reading of a poem composed by the artist based on fragmented cut-outs from Bertolt Brecht’s “Writing the Truth: Five Di culties” (1935). Originally recounting the importance and di culty of telling the truth in the times of turmoil, Brecht’s views on fascism and its relation to capitalism touch upon topics that are painfully echoing today. Očko not only revisits the text, but, by cutting word after word out of it, composes a randomized, radical, dadaist speech that by means of its own structure proposes a critical commentary on the construction of meaning in the age of “alternative facts.”
Dicta, the linguistic core of many words in Indo-European languages such as ‘dictate,’ ‘dictator,’ ‘dictatorship,’ provides the main stage for the exhibition. Spanning around the notions that question our perception of authority in the age when principles are crumbling at a hitherto unseen pace, the exhibition showcases new works made speci cally for this occasion.
Damir Očko was born in 1977 in Zagreb, where he lives and works. A graduate from the Academy of Fine Arts in Zagreb, he creates video works, photography, installations and objects including sound, poetry as well as works on paper—photo-collages and scores. Očko has represented Croatia at the 56th Venice Biennale (2015), and has exhibited, among others, at the Palais de Tokyo in Paris, the Museum of Contemporary Art in Zagreb, Künstlerhaus Halle für Kunst und Medien in Graz and the Centre for Contemporary Art Zamek Ujazdowski in Warsaw. His most recent solo exhibitions include “Damir Očko” at the Agency Gallery, London, “Repeat After Me” at Eastwards Prospectus in Bucharest and “Year out of shape” at Tiziana di Caro, Naples, and his upcoming projects include solo presentations at the Jeu de Paume, Paris, and the CAPC Museum of Contemporary Art in Bordeaux. Damir Očko’s works can be found in the collections of Louis Vuitton Foundation for Creation and CNAP – Centre national des arts plastiques in Paris and at the MUDAM in Luxembourg.