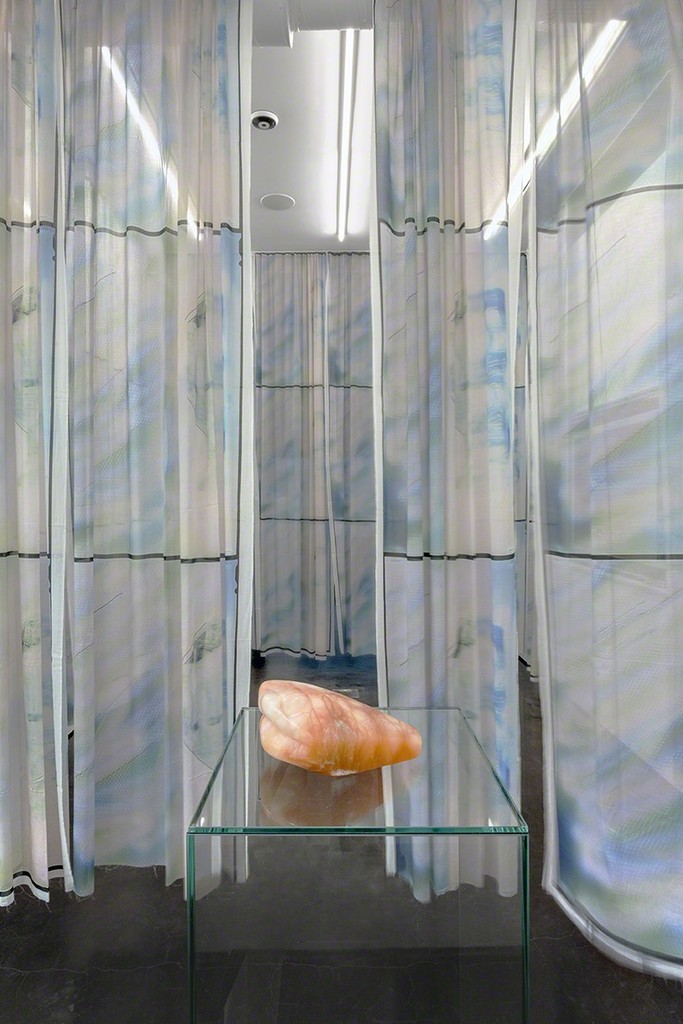 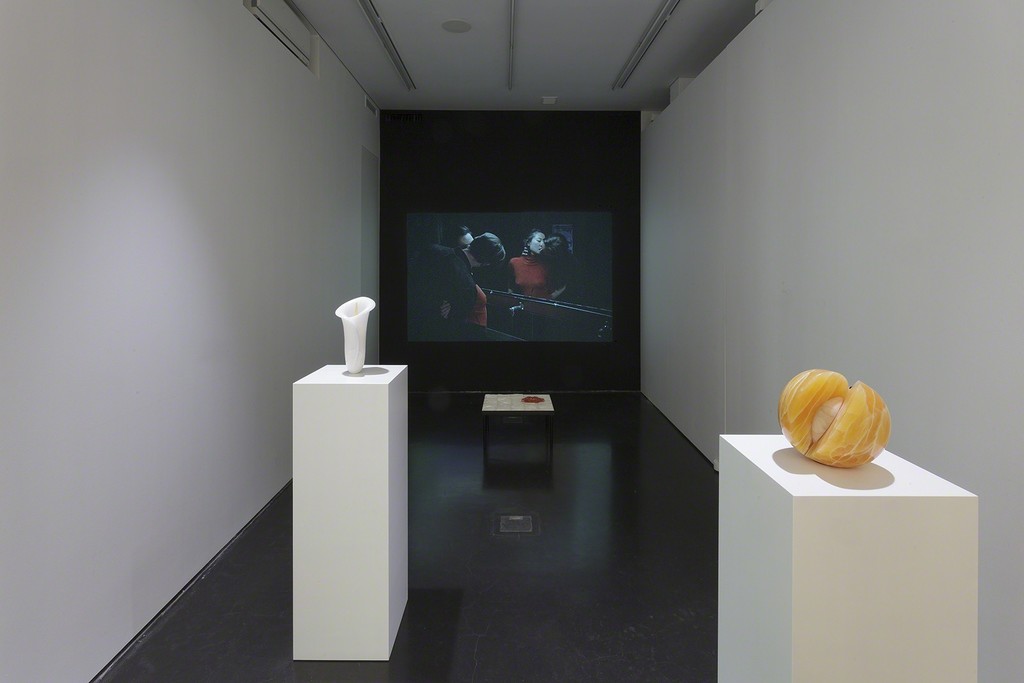 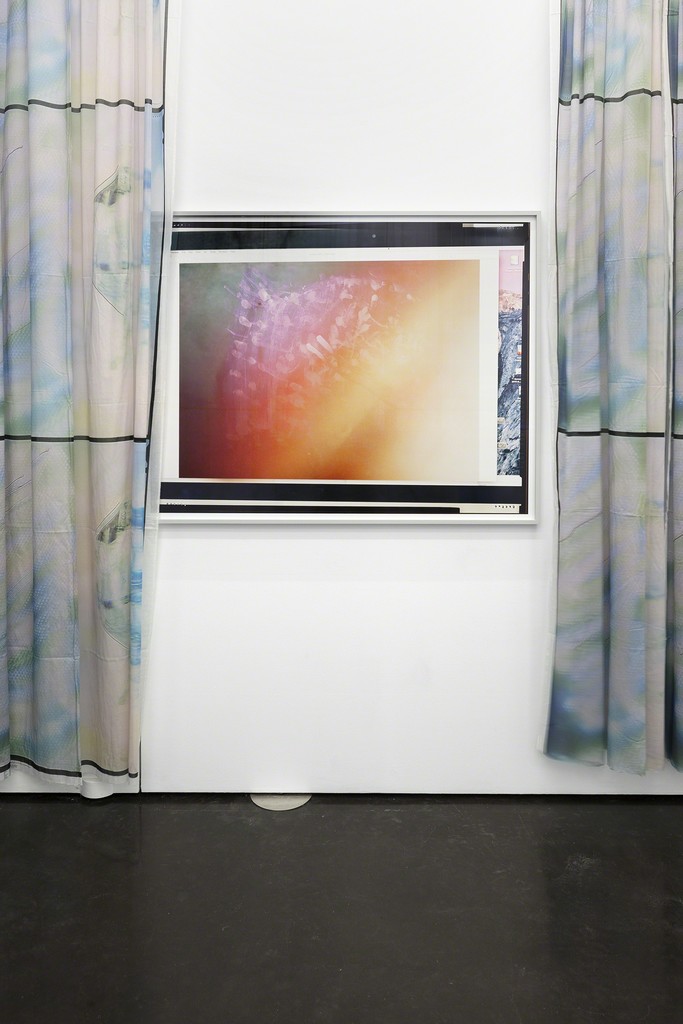 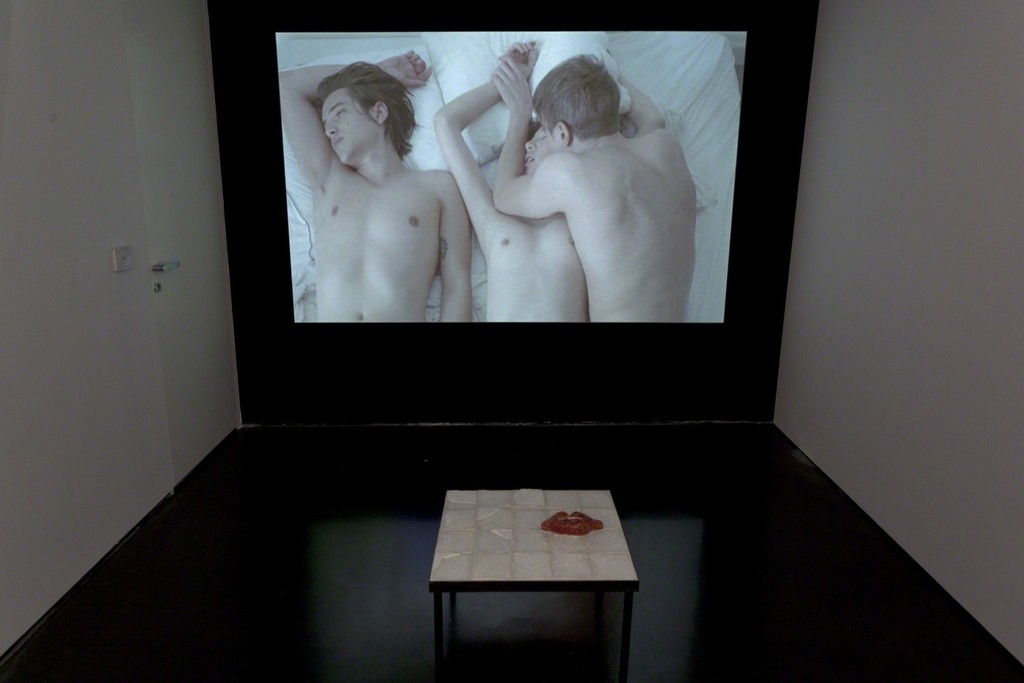 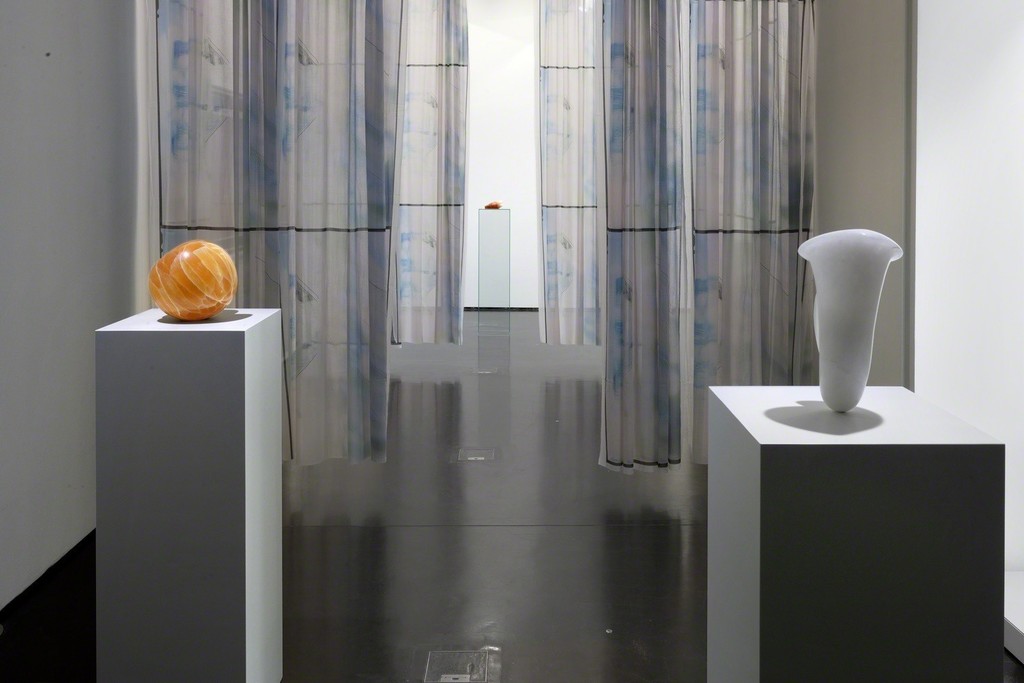 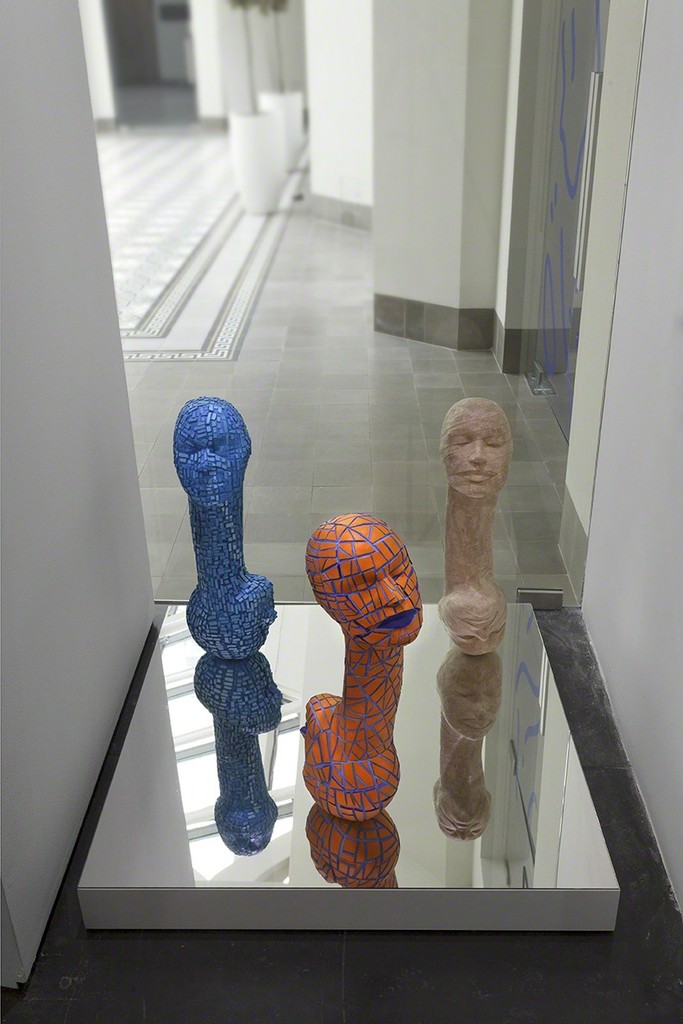 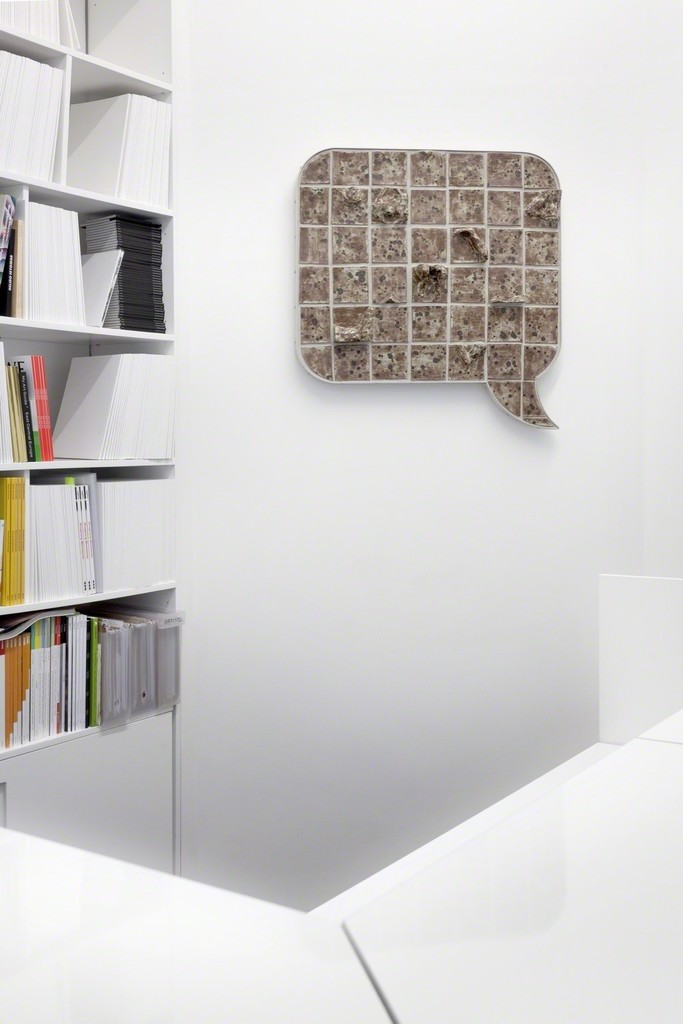 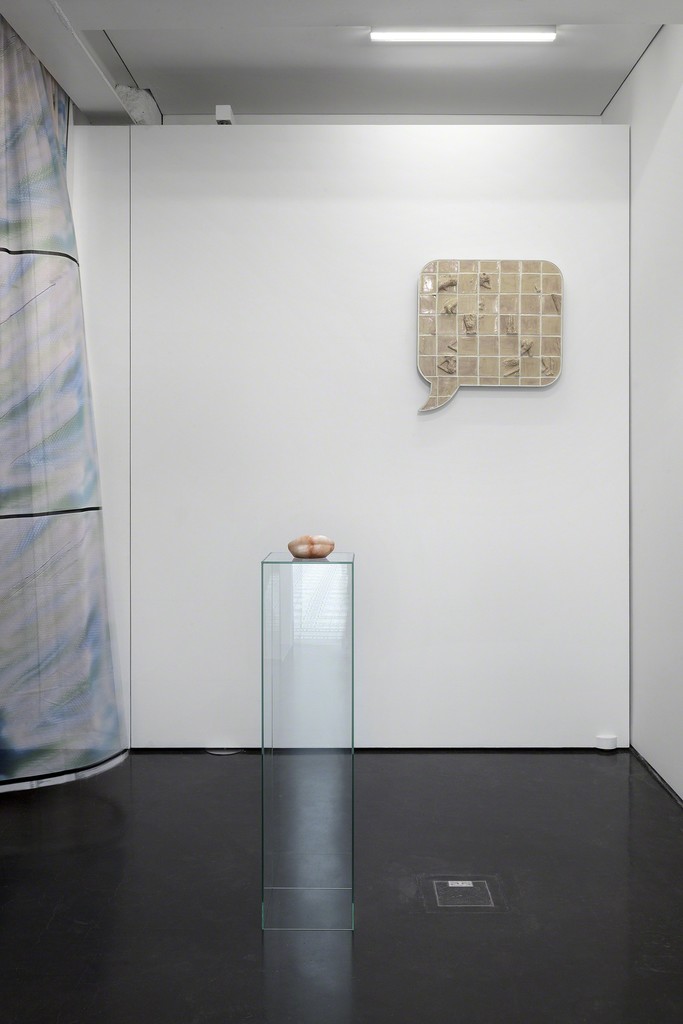 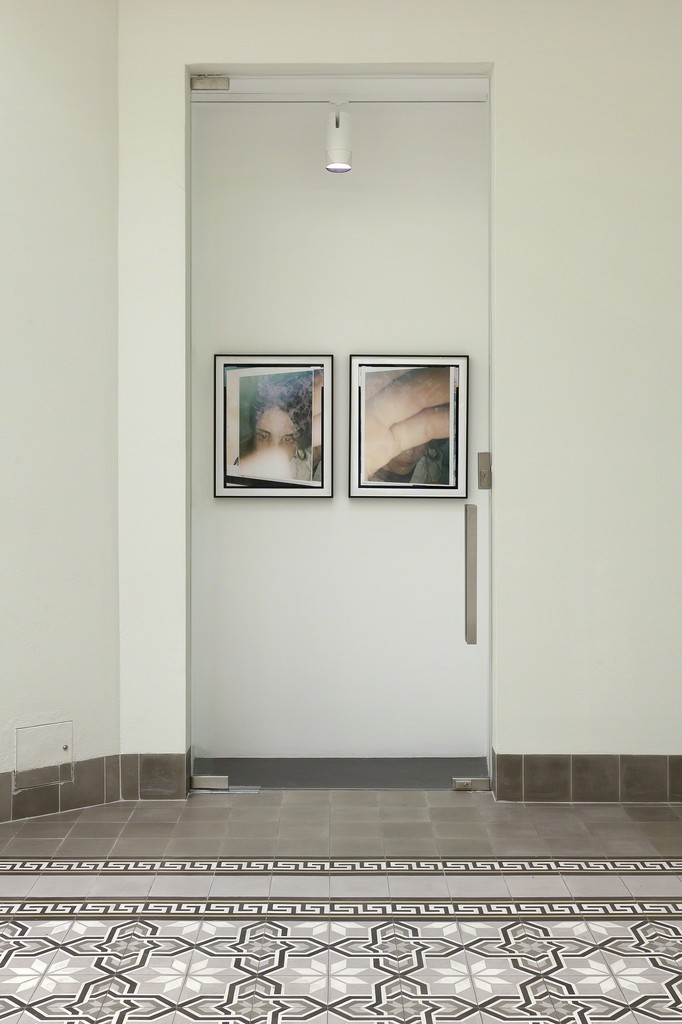 "You walked in, laughing, tears welling confused, mingling in your throat.
How can you be so many women to so many people, oh you strange girl?"
Sylvia Plath

How to forget this haunting image? It was on a rainy Monday last October. Dozens of thousands of Polish women, many dressed in black and brandishing dark umbrellas, took the streets of Poland’s major cities to protest a ferocious law criminalizing abortion and, ultimately, to defend their essential right to have control over their bodies.

Inspired by such an unprecedented women’s march, Seven Sisters brings together the work of six international female artists whose practices of installation, sculpture, photography, film and performance evoke and deconstruct—with distance, humor and a recurring sense of poetry—the omnipresence of the feminine body in the public realm, and the mystified notion of interior and intimate space.

The sculptural practice of Liz Craft humorously takes apart logic and replaces it with her own visual narrative, subverting the dead-ends of Californian subcultures, blurring the boundaries between high and low, 2D and 3D, masculine and feminine. Her surrealist sculptures playfully confront the everyday with fantasy, conveying a particular attention to the grotesque, entropy, and formal constructions. This approach is expressed here in a set of speech bubbles and a ceramic table decorated with a sensual pair of lips acting as a coin dish. In a comparable way, the crude eroticism behind Nevine Mahmoud’s carved-stone sculptures of a blossoming lily, an open peach and a pair of lips evoke the representations and materials developed by artists such as Eva Hesse or Alina Szapocznikow. Witty and straight-forward, yet poetic and sensual, her “feminine-meets-rock” forms in alabaster, marble and calcite challenge the practice of carving—traditionally reserved to men—with a contemporary approach entirely rid of complexes and inhibitions.

Scenes of modern life, anxious characters, and emotional situations featured in Mélanie Matranga’s films, sculptures and installations create staged environments that are activated by visitors and communicate the emotional value of their production. Her latest film YOU (2016) is an erotic feature in which the artist, influenced by the French New Wave and filmmakers such as Eric Rohmer or Jean Eustache, defines love as a system of communication, suggesting possible ways of reinvesting in authenticity by laying bare our economies, object relations and emotions. Similarly, in her choreographic work, Dragana Bulut is interested in relationships of power, and in creating tension within the performance space in relation to bodies, timing and expression. Her piece 30 Ways is performed as an “item” at the gallery on the opening night, and part of a larger performance, Pass It On, presented the next day at KEM—a performance space located in the Praga district of Warsaw, run by choreographer Alex Baczyński-Jenkins. The latter is conceived as an auction dealing with the question of authorship, the relation between the material and the immaterial, and the value of an artistic object. Ketuta Alexi-Meskhishvili’s approach to photography puts in perspective its superficial, two-dimensional distinctiveness with its three-dimensional, sculptural potential. Here, she has conceived a “room of one’s own,” delimited by floating cotton curtains on which she has printed abstract patterns. Inside this room, three photographs taken as analog selfies and representing parts of her face and body are disposed to reveal her diaristic practice, playing around the seen and the hidden.

Lastly, Barbara Leoniak’s elaborated sculptural compositions, such as Moebius strips or human heads, recall a ritual of mummification. Throughout this creative process, her sculptures, like skeletons of artistic expression, come to life. For Seven Sisters, the artist has produced a series of three double-headed busts of idealized women, assembled with wood and papier collé and evoking an undeniable, feminist surrealism, whose history and visual legacy are crucial to this exhibition.