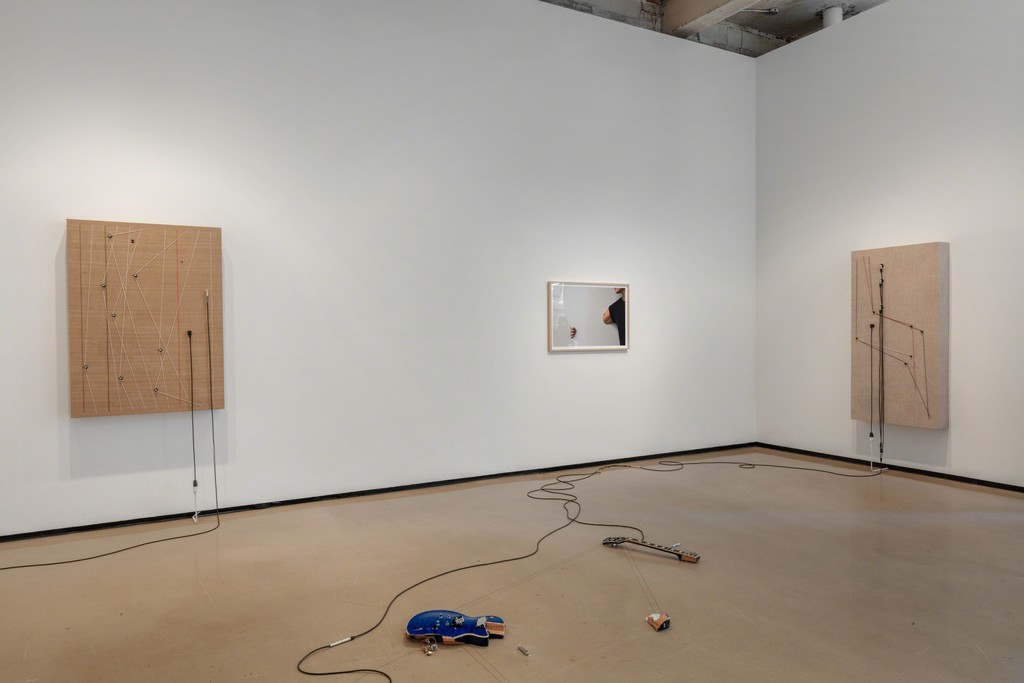 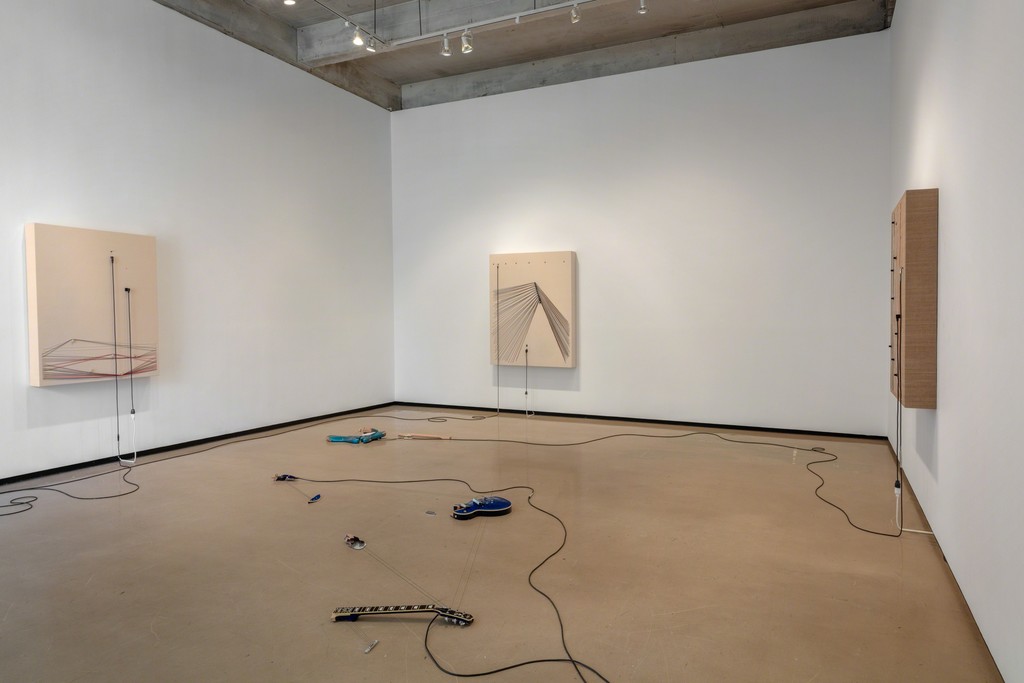 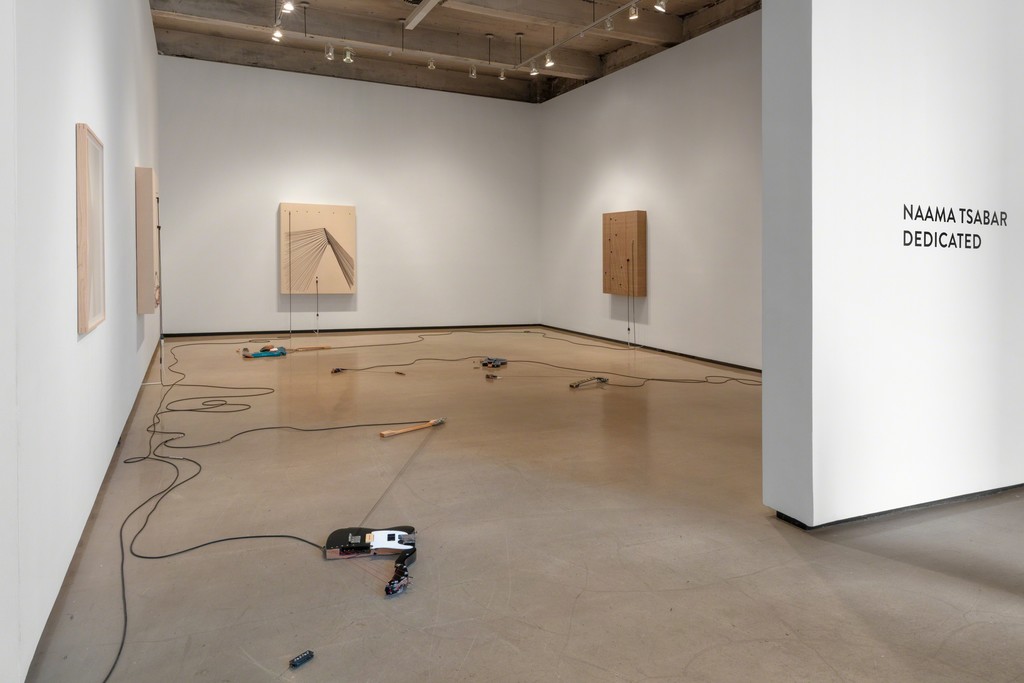 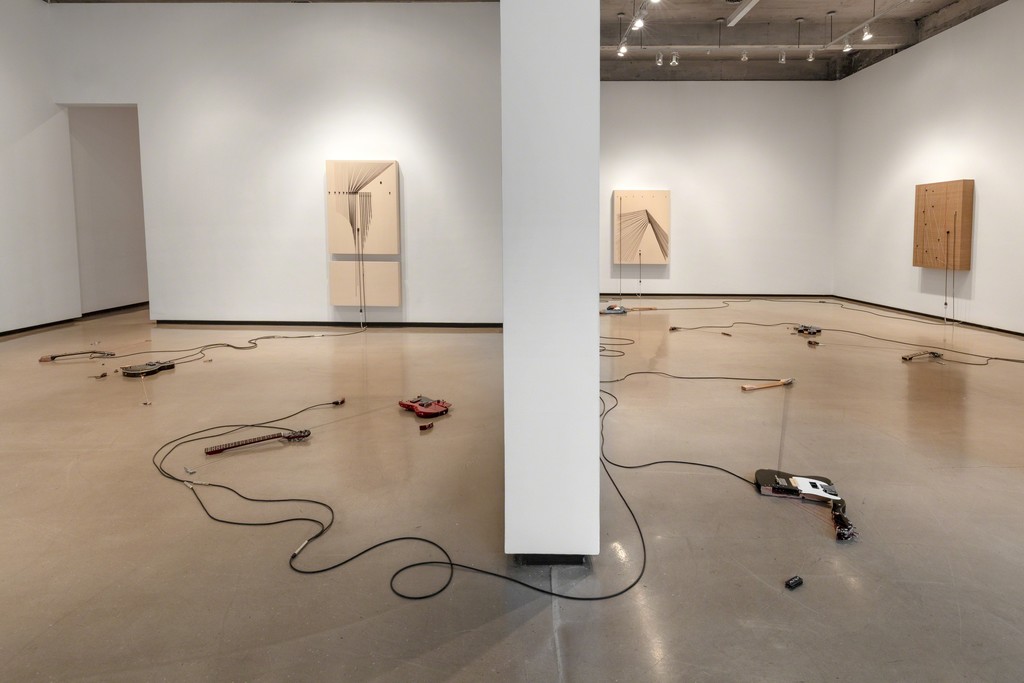 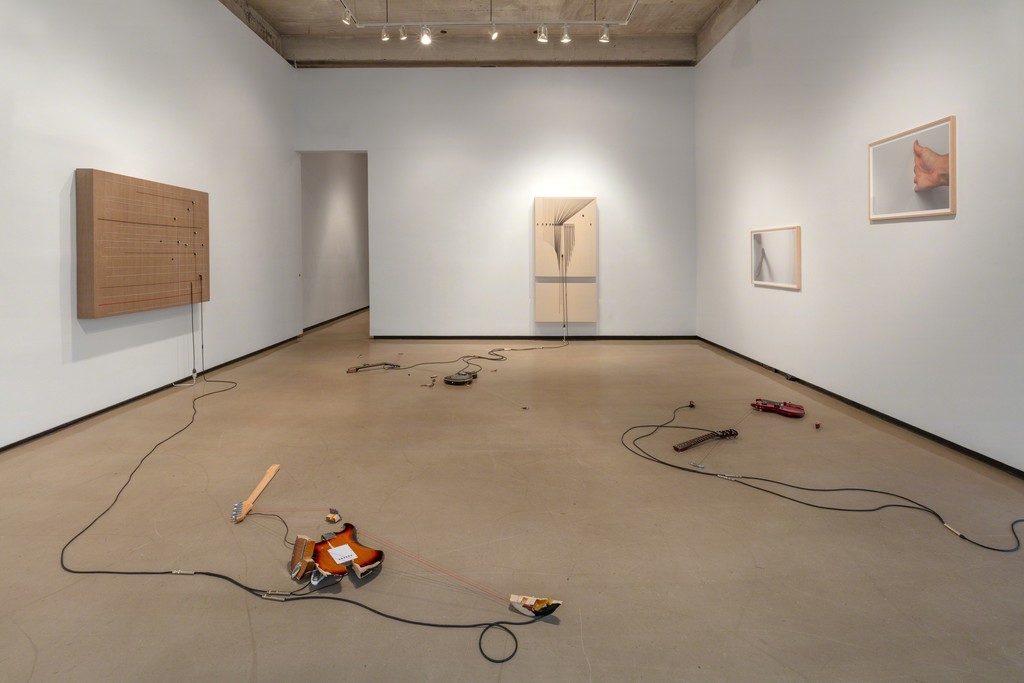 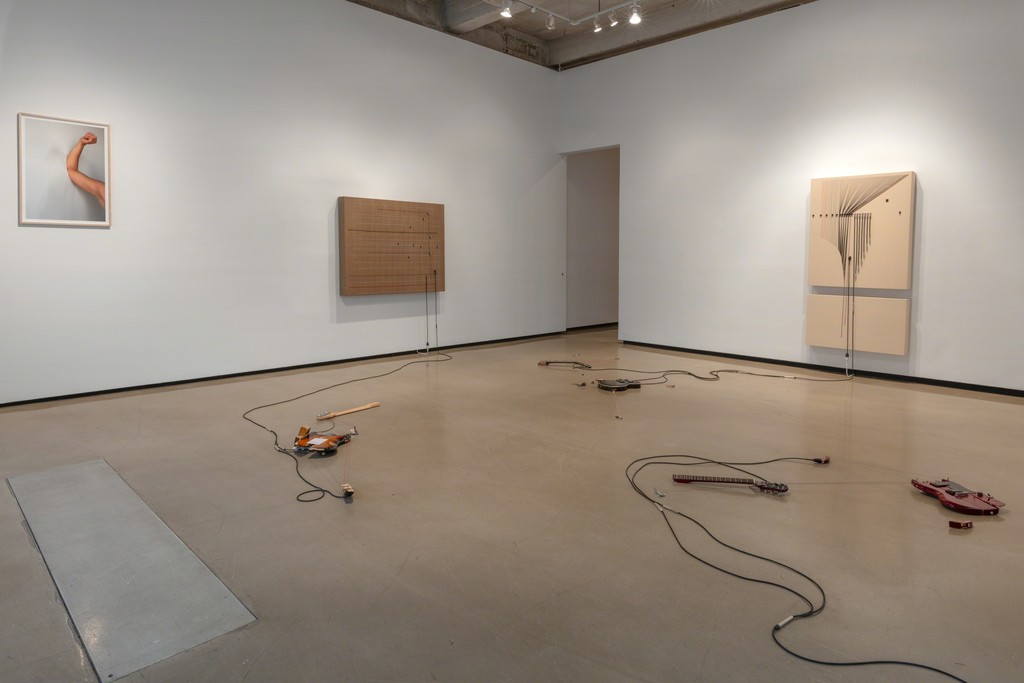 Naama Tsabar employs performance, sculpture, and photography to subvert the gender roles historically associated with musicianship. In her second exhibition at Kasmin, Dedicated, Tsabar further explores these themes by expanding the borders of movement of the female body. For the duration of the exhibition, Tsabar and a group of female musicians will explore a new vocabulary of movement and sound, culminating in a performance with Tsabar and her collaborators on the exhibition’s closing night, May 4, between 4-6pm. This will be her first performance in New York City since 2017.

The exhibition presents three bodies of work that weave together iconic actions and objects from rock music with a more intimate portrayal of the artist’s body and its movement through, within, and into the surrounding architecture. Tsabar transforms the gallery space into a site-specific sculptural and sonic installation featuring the broken remains of guitars on the floor, Melodies of Certain Damage, connected to the wall-based canvases, Transitions, that double as amplifiers. In a series of adjacent photographs, a female body penetrates and intertwines with walls in the artist’s studio. The motifs of femininity, gender, disruption, destruction, and reconstruction recur throughout the exhibition. Melodies of Certain Damage takes as its starting point the moment after the climatic break of the electric guitar. By attending to the aftermath, rather than the destructive act itself, Tsabar interrogates structures of power, and reworks the violent act into a new sculptural and performative order. In the quiet of her studio, Tsabar smashes the bodies of the guitars, and, engaging a Dada-esque sense of randomness and play, maps out the broken pieces where they fall, affixes the shattered parts to the floor, and then attaches new strings to reinstate the sculpture’s musical functionality.

With the works installed in the gallery, each Melody is plugged into one of the Transition canvases, works that Tsabar has repurposed the internal and external components of the amplifier—wires, speaker, circuit board—to create a new formal visual experience whilst retaining the object’s ability to broadcast sound. Tsabar then invites a group of female musicians to collaboratively compose a unique composition on the sculptures. Activating the Melodies requires the performers to insert their bodies, either sitting or lying, into the spaces between the fragments. By dispersing the centralized phallic order of the objects and the position of the body in relation, Tsabar and the performers assume the reclining physical position as an act of sensual, creative and non-hierarchical power.

ABOUT NAAMA TSABAR
Naama Tsabar (1982, Israel) has most recently performed at ELEVATION 1049 in Gstaad, Switzerland, in February 2019, and exhibited at the Center for Contemporary Art in Tel Aviv in 2018, Kunsthaus Baselland in 2018, and Prospect New Orleans in 2017 with the commissioned piece Composition 21. Upcoming exhibitions and festivals include Big Orchestra at the Schirn Kunsthalle Frankfurt this summer and at the Nasher Museum of Art in North Carolina this September.