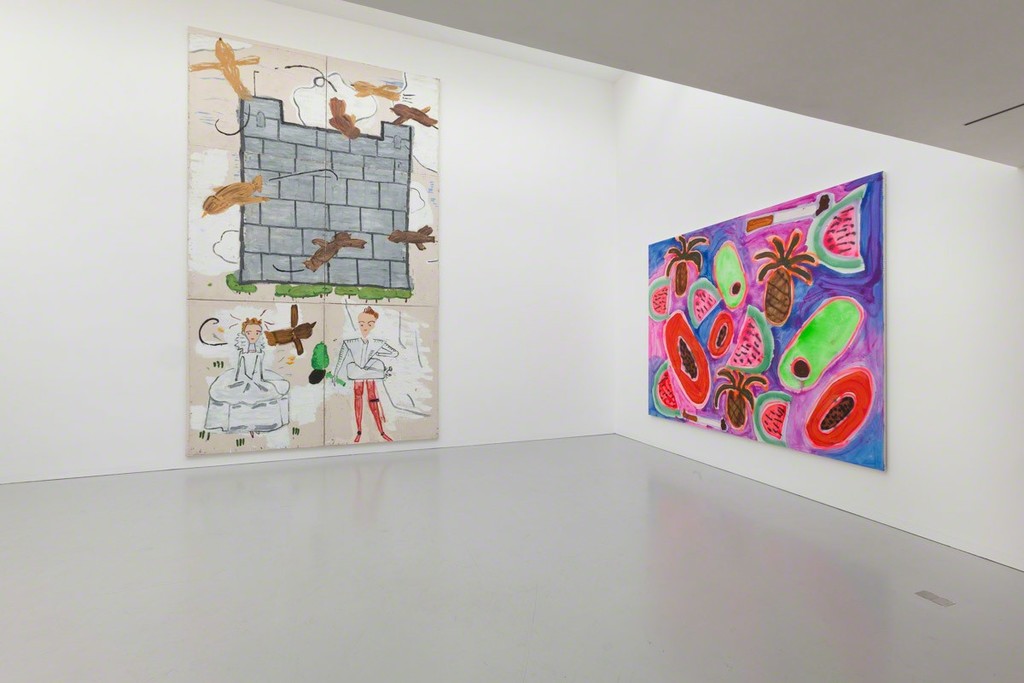 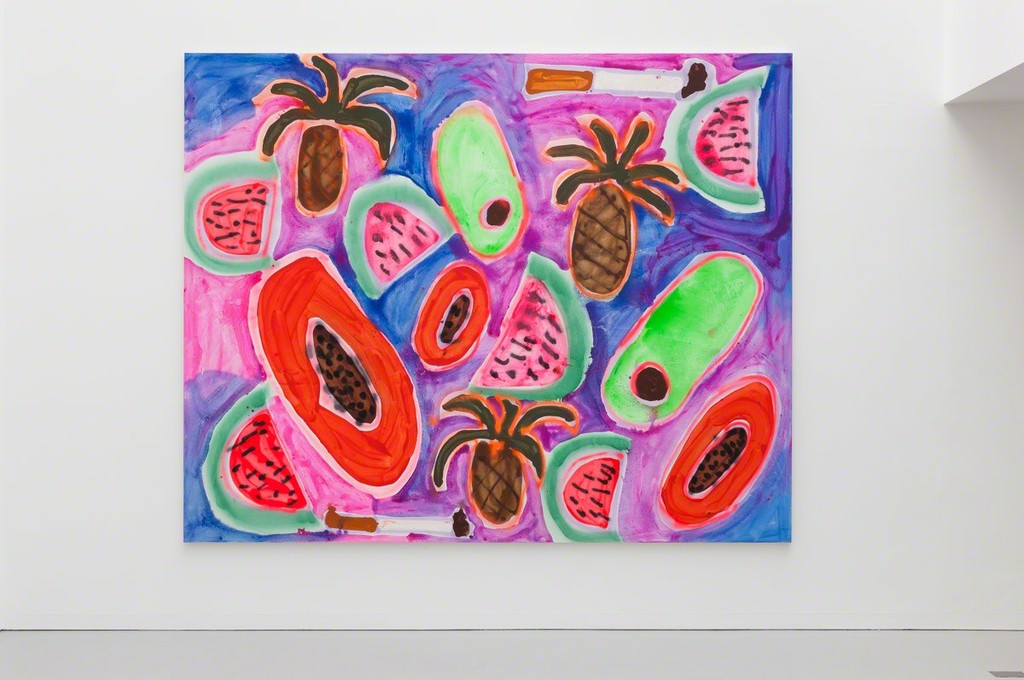 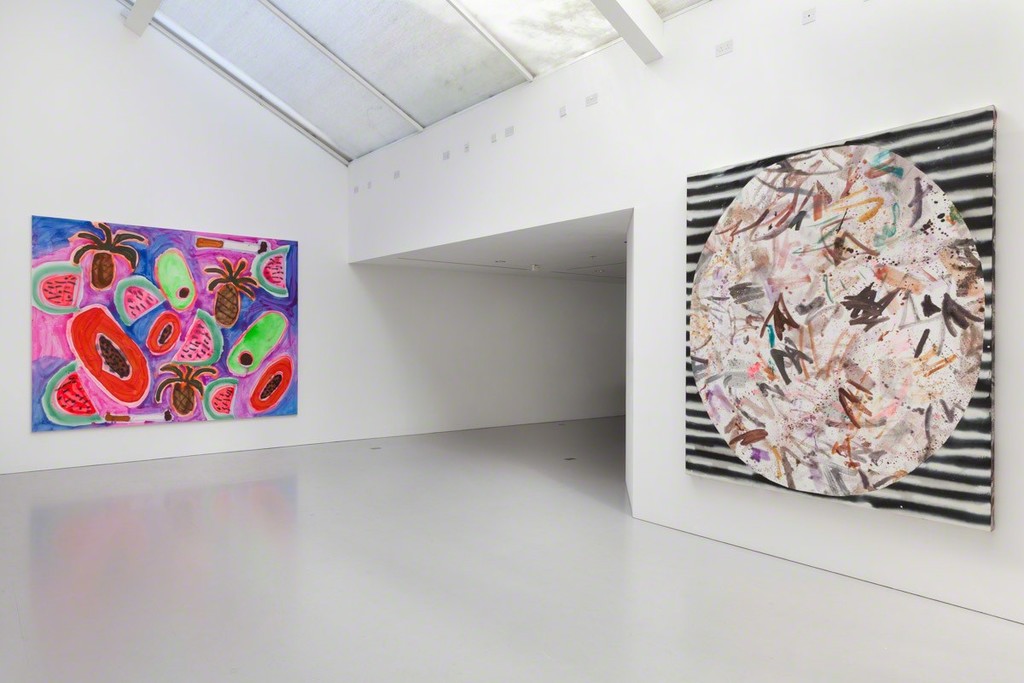 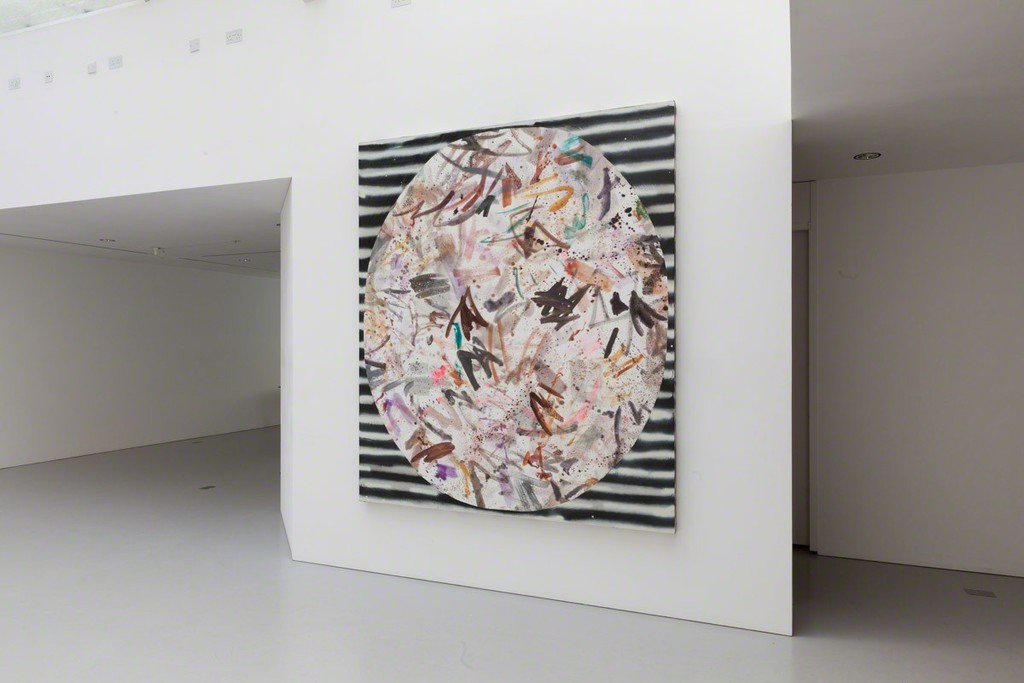 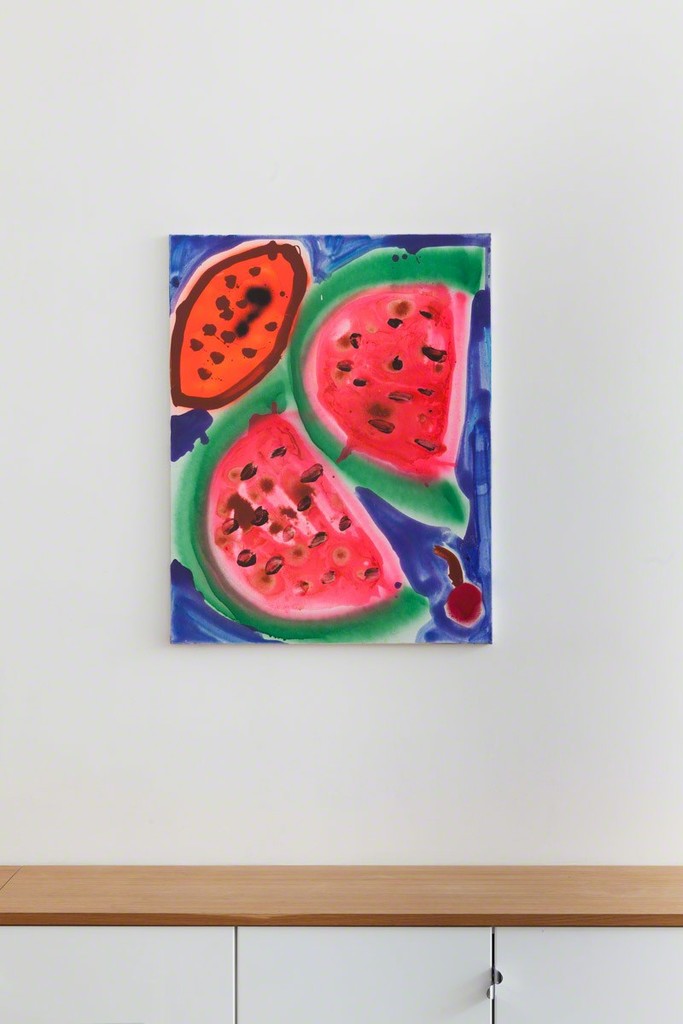 Kate MacGarry is pleased to present a group exhibition by Katherine Bernhardt, Rebecca Morris and Rose Wylie. This show brings together three heroically-scaled paintings by three painters working in a bold and expressive manner.

Katherine Bernhardt is showing Night Fruit, a two and a half by three meter painting in electric neon colouration and Bernhardt’s characteristic loose and exuberant style. Her fearless paintings of everyday subject matter here interplay avocados, cigarettes and watermelons. Her palette is high key, the manner is full speed ahead and the work is a celebration of the vivid, emoticon world we are engulfed by.

Rose Wylie is showing Elizabeth and Henry with Birds, a five by three meter oil painting. Comprising six panels painted in Wylie’s succinct and raw style, this painting is a reinterpretation of an early Seventeenth Century Robert Peake painting. It depicts the heir to the throne, Prince Henry, and his sister, Elizabeth. Prince Henry was to die of typhoid fever in 1612 and was succeeded to the throne by his younger brother Charles in 1625. Wylie’s signature style is bold, direct and epigrammatic, here drawing on the tradition of flattened, moral perspective, Northern European painting.

KATHERINE BERNHARDT was born in 1975 and lives and works in New York. Recent exhibitions include Call and Response, Gavin Brown’s Enterprise, New York and Live and Let Die, Modern Art, London. She is represented by CANADA, New York. REBECCA MORRIS was born in 1969 and lives and works in Los Angeles. She has exhibited extensively internationally including Paintings on Paper at David Zwirner, New York in 2014 and in the 2014 Whitney Biennial. She is represented by Barbara Weiss, Berlin. ROSE WYLIE was born in 1934 and lives and works in Kent. She is the recipient of the John Moores Painting Prize 2014, she exhibited in BP Spotlight at Tate Britain in 2013 and had a retrospective at the Jerwood Gallery, Hastings in 2012. She is represented by Union Gallery, London and Choi & Lager, Cologne.