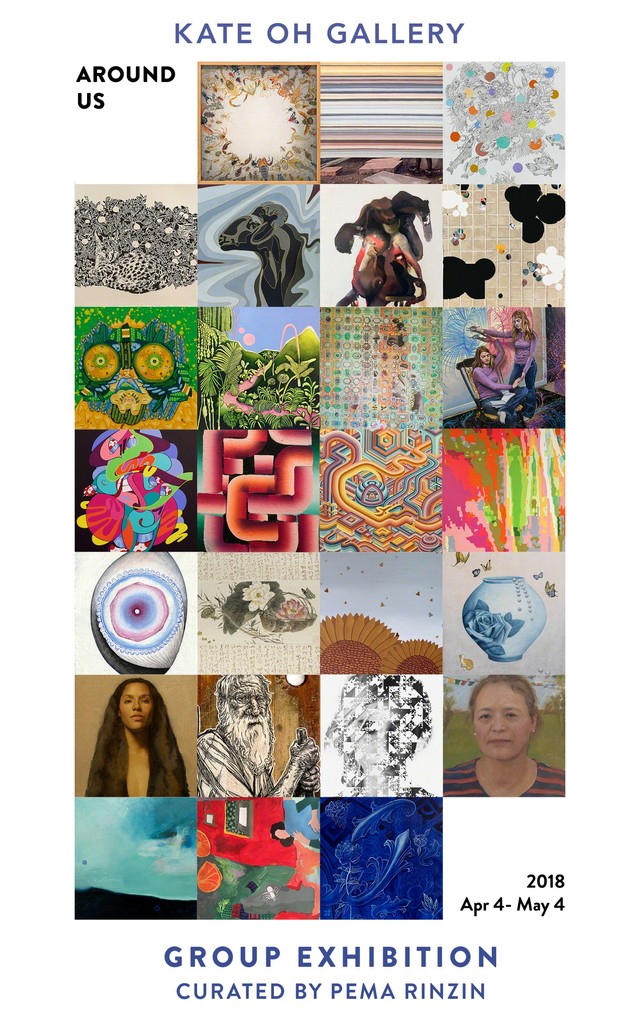 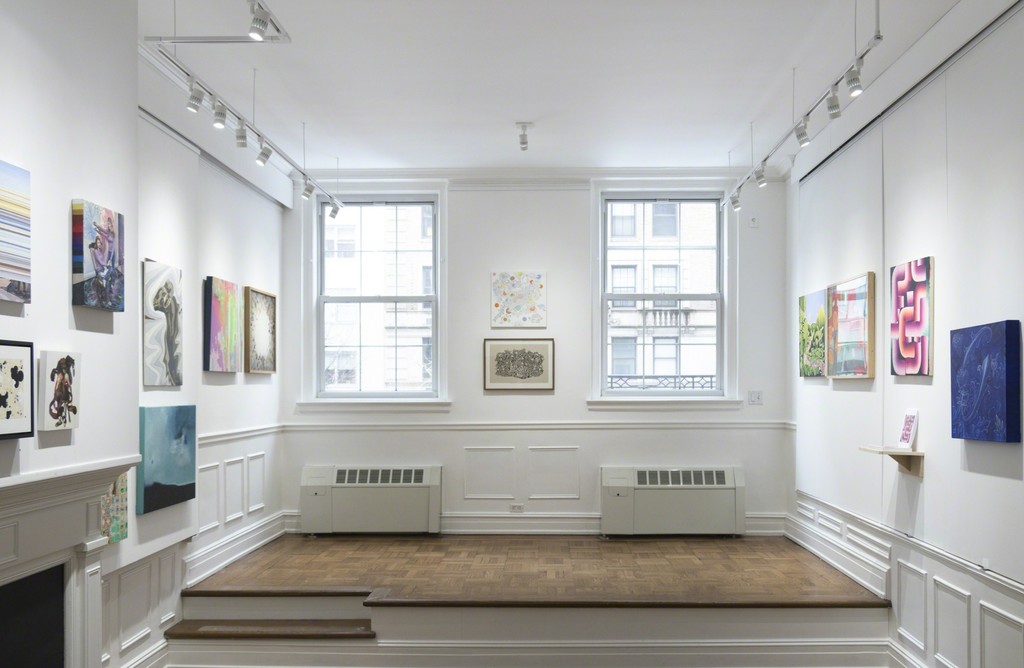 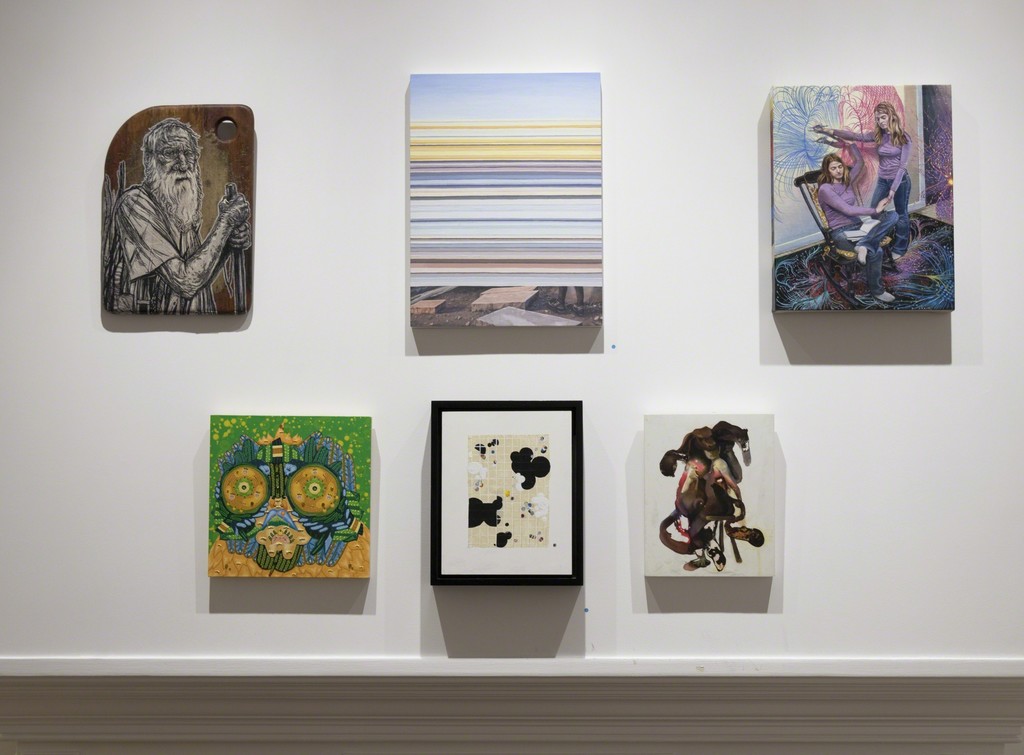 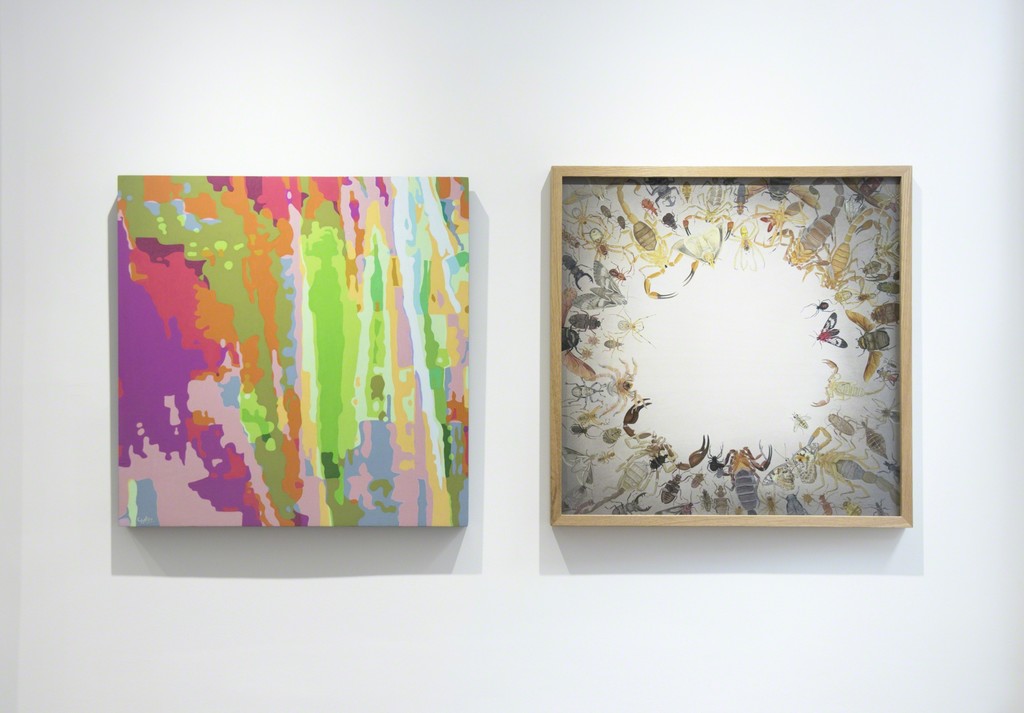 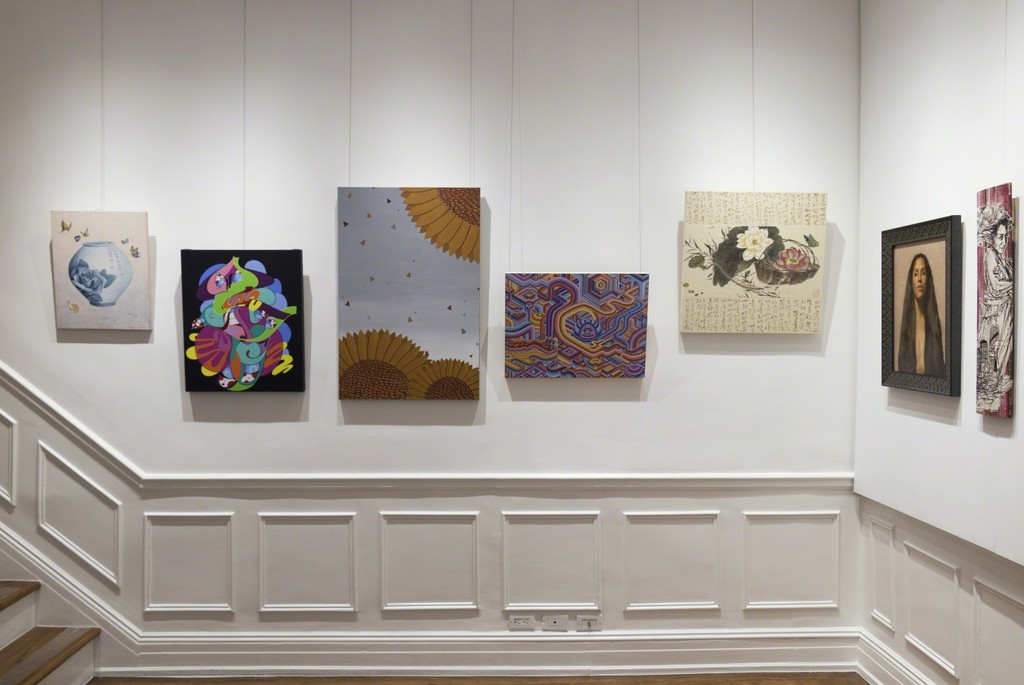 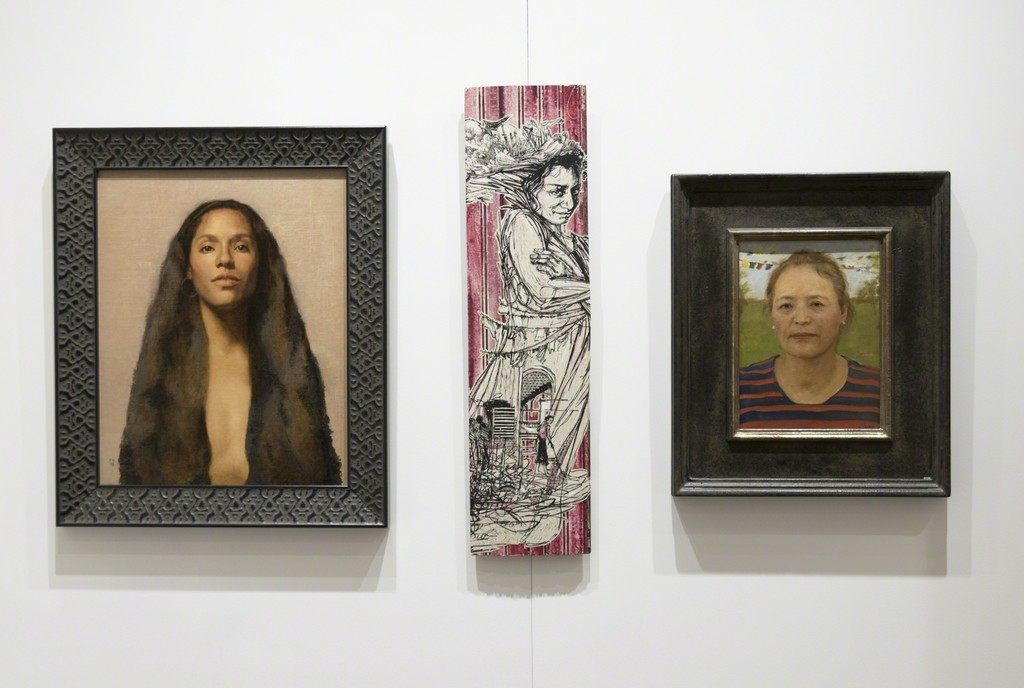 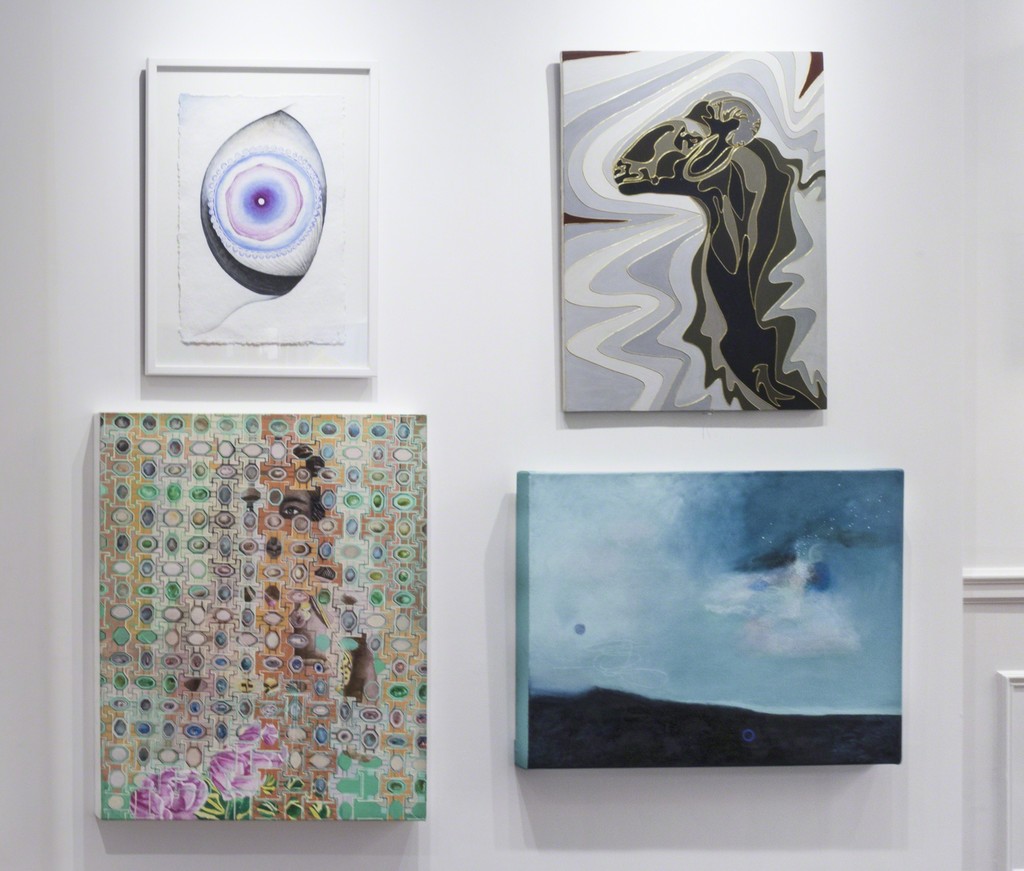 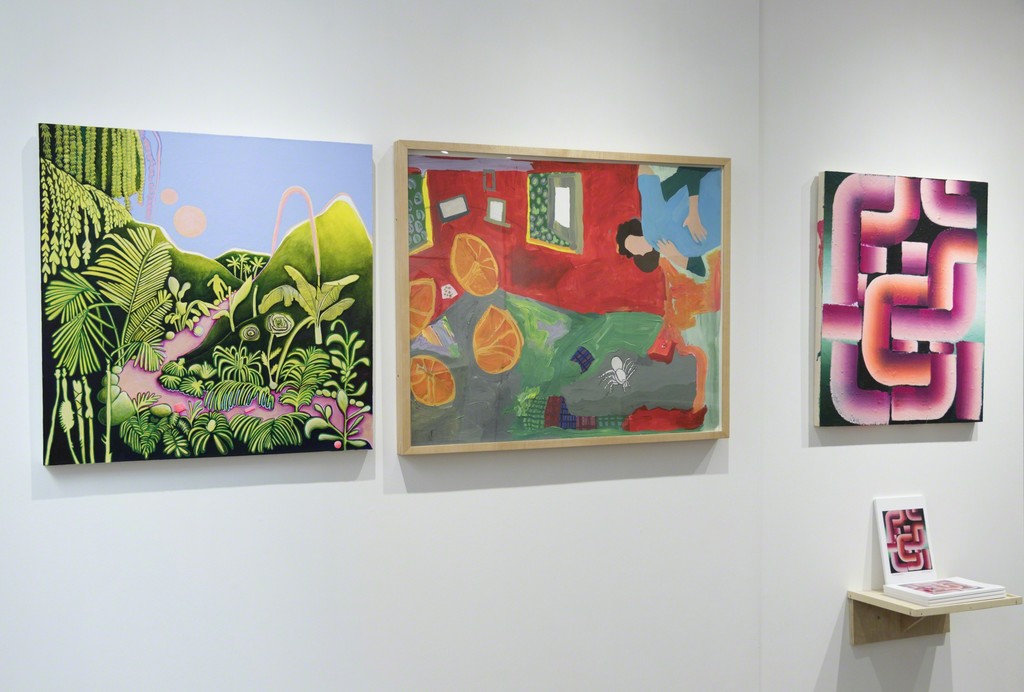 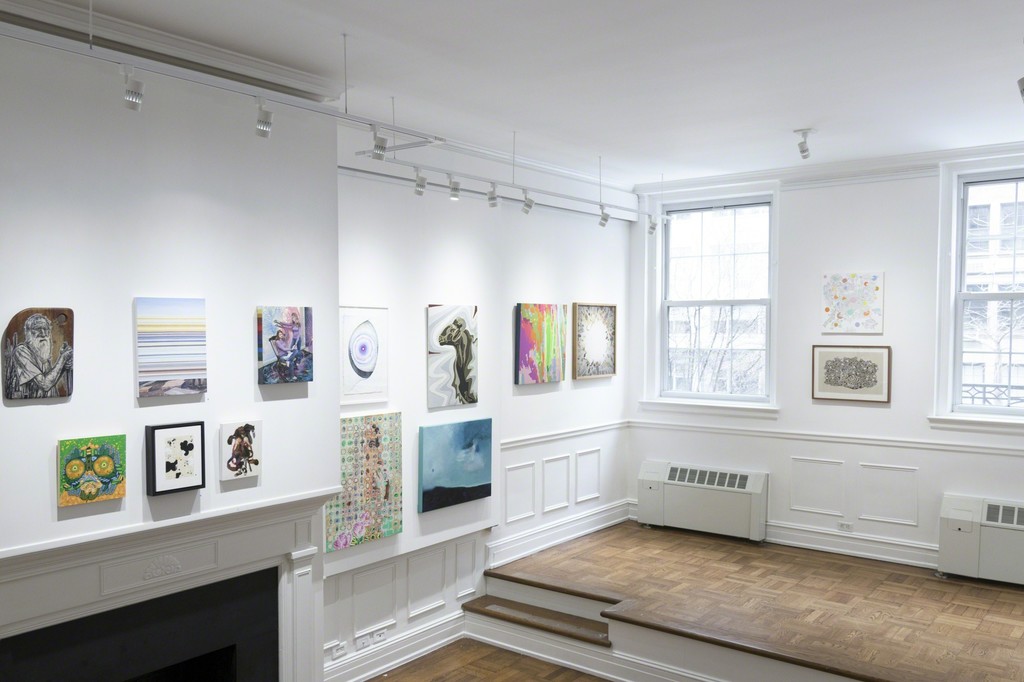 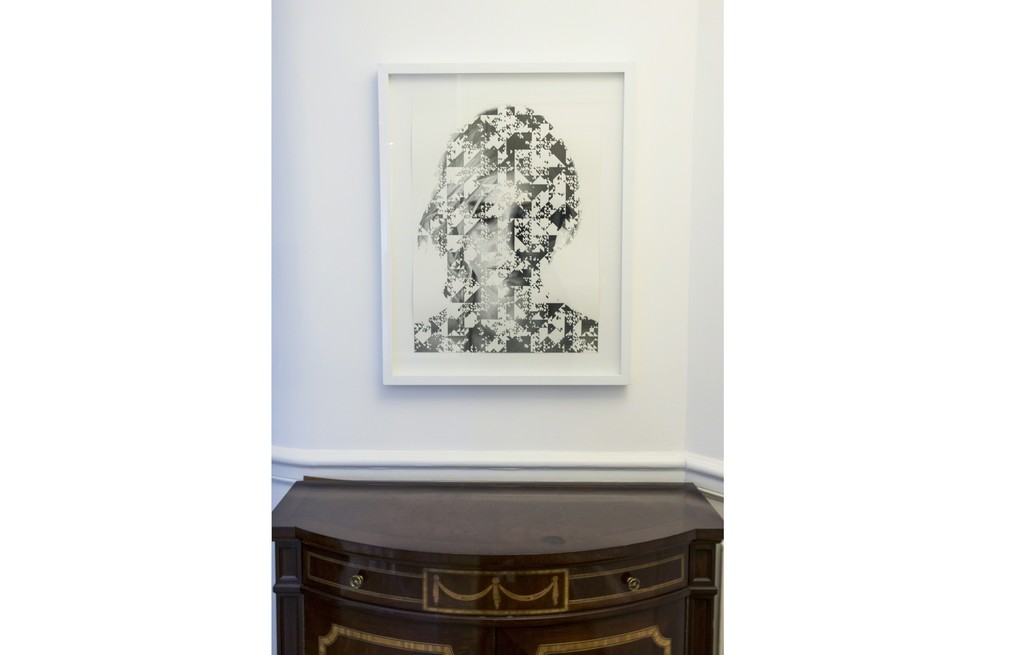 The Kate Oh Gallery is pleased to announce its second group exhibition, Around Us. The show was organized around the idea of artists supporting artists and it practices what it preaches. The gallery is artist-run and the curator, Pema Rinzin, is a painter who has chosen to feature a diverse cross-section of New York’s creative community. The selection of artworks comes out of Rinzin’s personal history as a Tibetan immigrant to New York and the network of artists that has supported him here.
Rinzin, who moved to New York as an Artist in Residence for the Rubin Museum in 2005 (till 2008), is conscious that the dialogue around Tibetan art in the West is exoticized in a way that often alienates and generalizes. His own trajectory, having painted and taught in India, Japan, Germany, and now the U.S., is a testament to the fact that Tibetan artists are influenced by and contributing to the cannon of art on the international stage.
In addition to his renowned career as a painter, Rinzin’s legacy is to spotlight the talents of individual Tibetan artists. Around Us features four other Tibetan and Tibetan-American artists and places them in context with a diverse group of international peers, including those of Korean, Columbian, American, Japanese and Russian descent.
The artists in Around Us don’t see artistic community as a means to an end but, rather, reason enough to pursue the difficult life of an artist in New York. They value support over competition and the exchange of ideas as paramount. The exhibition is a celebration of the fruit of these relationships. Some of the artists are just beginning to exhibit, while others, such as Swoon and Tiffany Bozic, are internationally recognized.
When Rinzin first came to New York, he was disheartened by art institutions that took advantage of artists. It was only through the creative individuals he met along the way that he was buoyed artistically and able to find a home here. Around Us is his chance to give back to the artists who have enriched his life by sharing their voices with you.