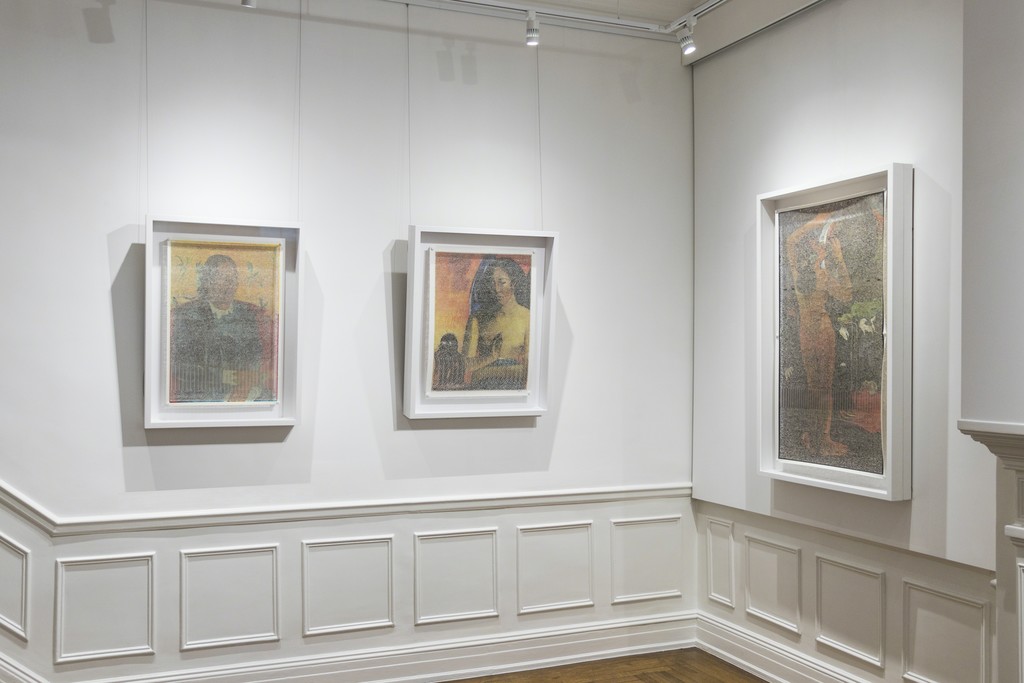 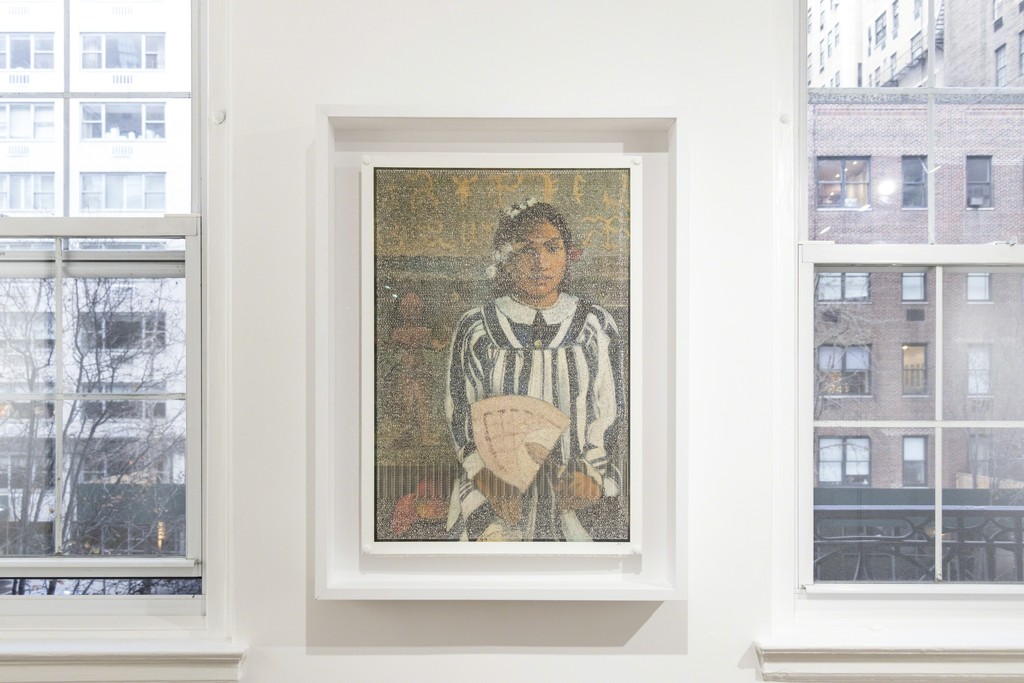 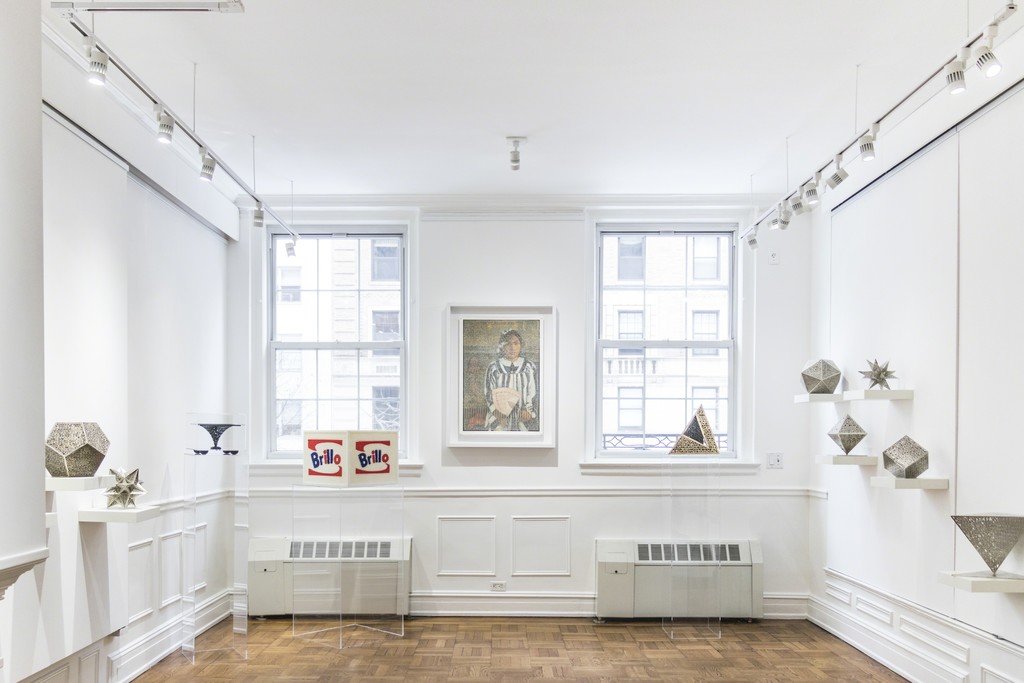 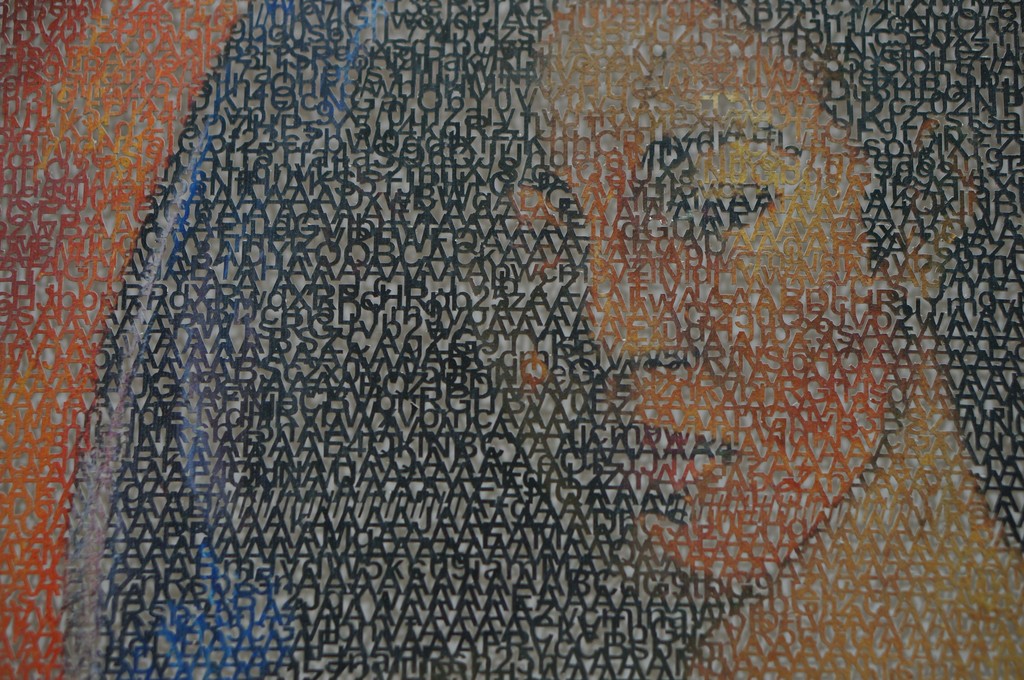 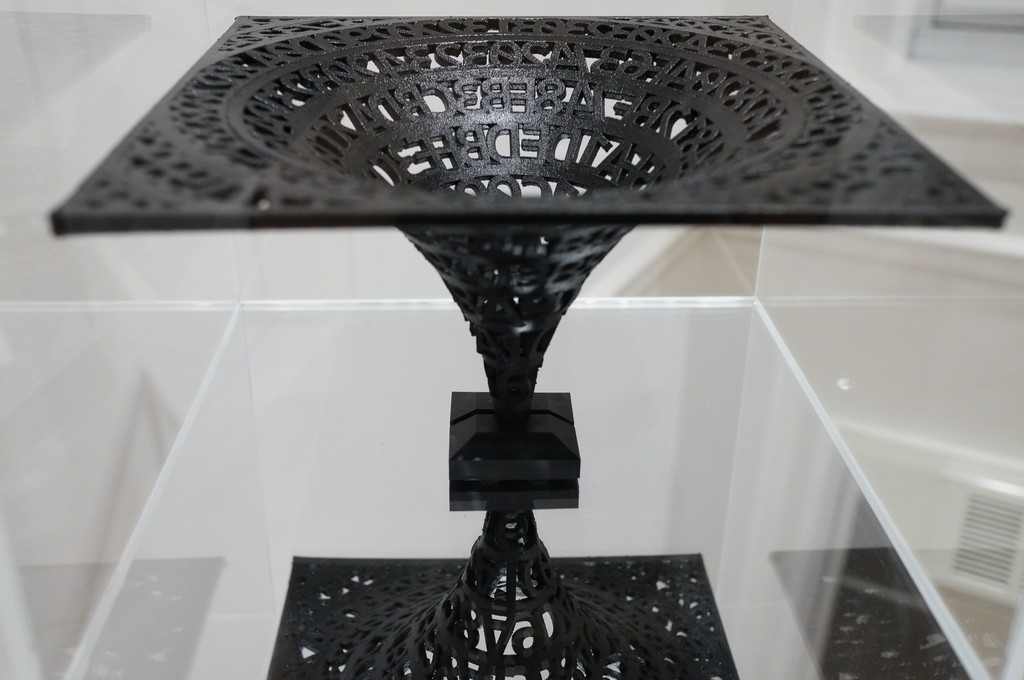 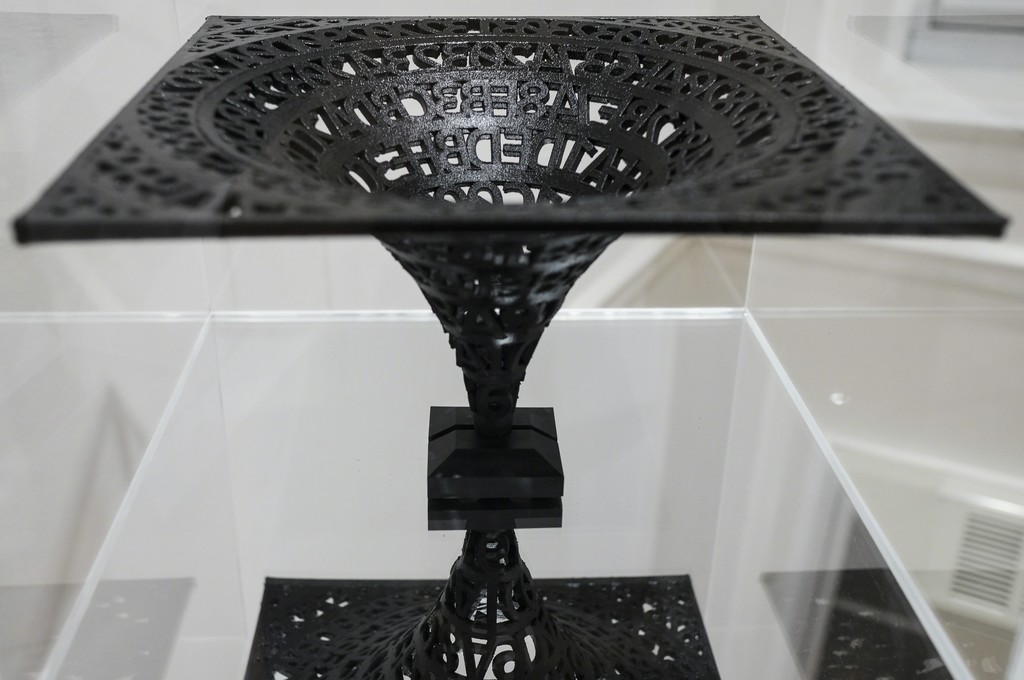 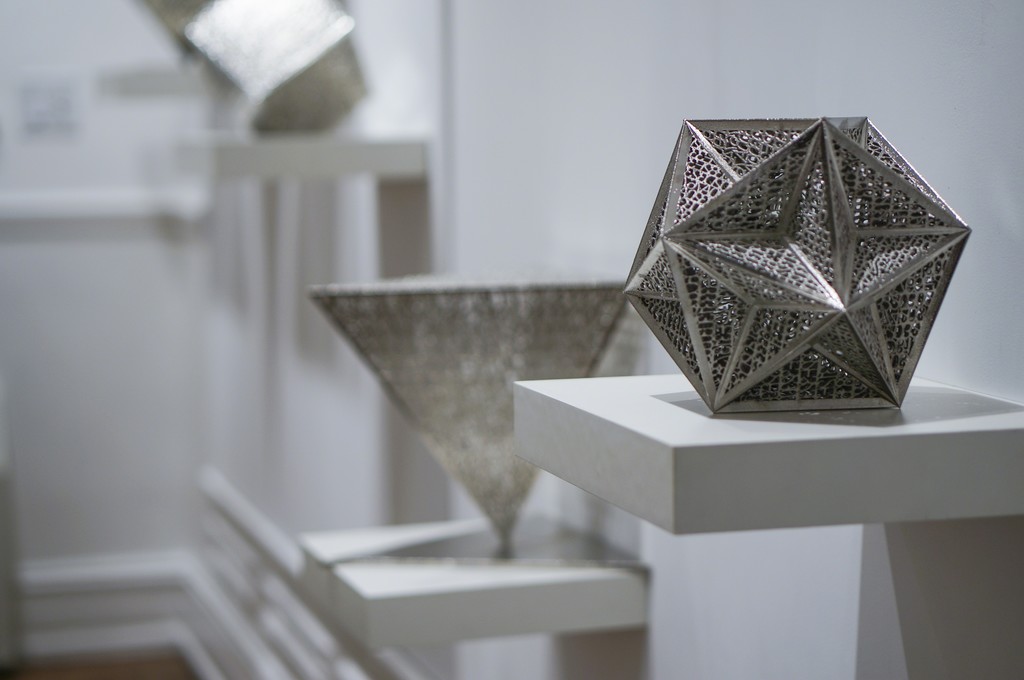 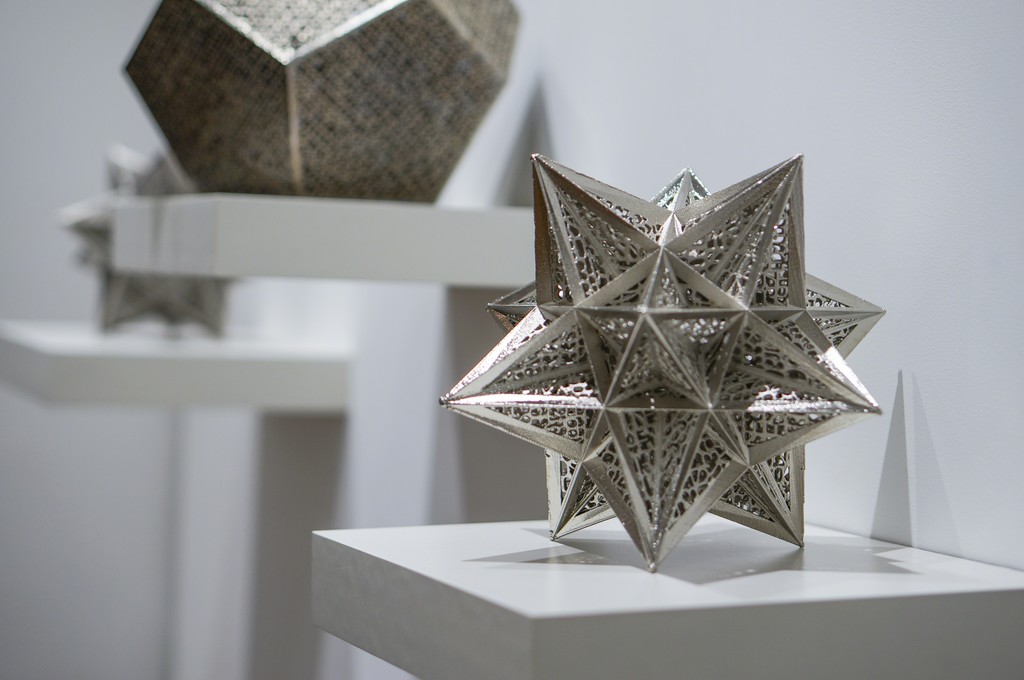 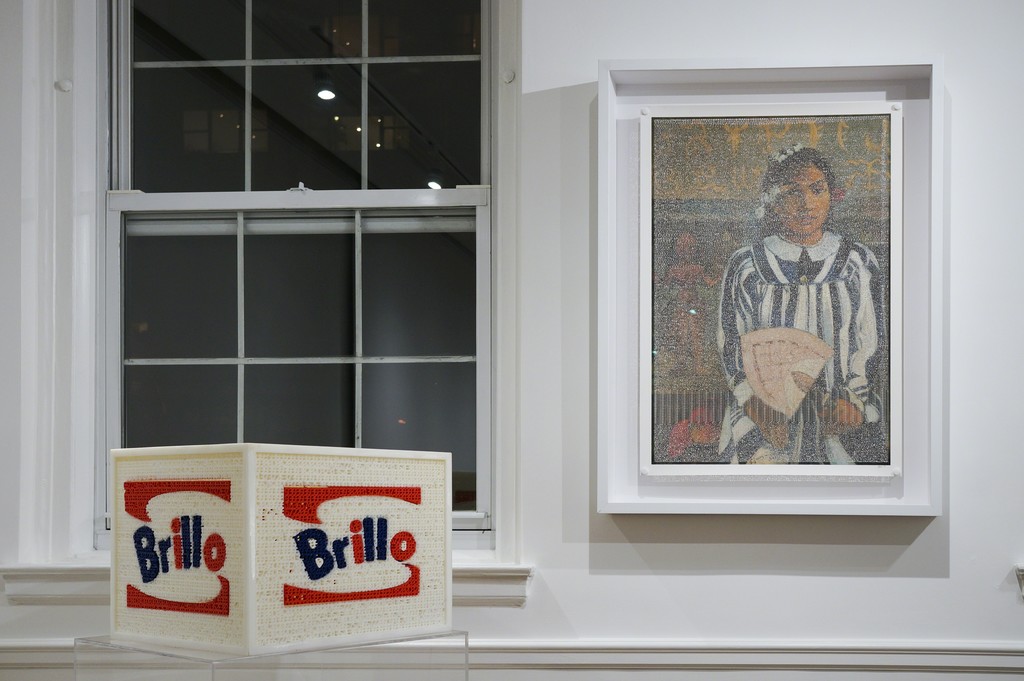 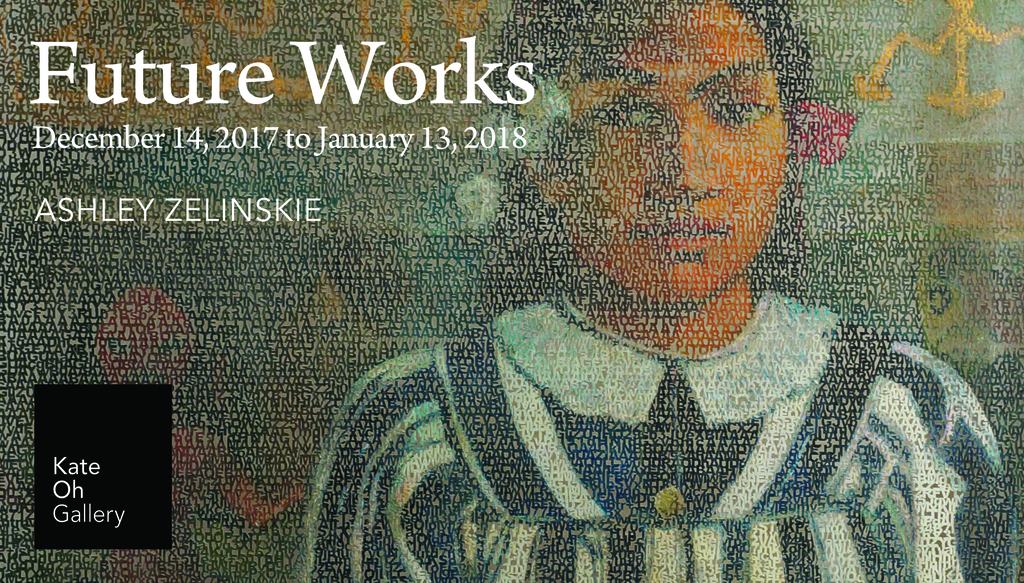 The Kate Oh Gallery will end the year with Future Works, a solo exhibition of artwork by Brooklyn-based conceptual-technological artist Ashley Zelinskie. The exhibition will open on Thursday the 14th of December and will be on view through Saturday the 13th of January. The Galelry is open Monday to Sunday by appointment.

Ashley Zelinskie makes art for the future. Works intended to survive the ravages of time by speaking in code - mathematical, biological and artistic. Her artworks experiment with bridging the gap between humans and the unknown - be it humanity of the distant future, or artificial and other unknown intelligences. Zelinskie creates Rosetta Stones for art, translating our artistic traditions for a technological future.

Her Reverse Abstraction series begins with a simple premise: that humans and computers perceive the world through different languages, and what is concrete for one is abstract for the other. The objects and shapes so familiar in human art--natural forms, human shapes--cannot be perceived by computers in their original form. Likewise, the code that is innate to a computer--ones and zeroes, on and off--are merely a jumble of symbols to the human senses.

The Reverse Abstraction series speaks in both languages: human and machine. Zelinskie constructs traditional objects in dual forms; as the classical object and as the hexadecimal and binary codes that represent them.

Hence a Gauguin painting hangs on the wall, cut through into lacy text that, on inspection, is the computer code for the image file. A simple geometric solid--one of the iconic Platonic solids--is 3D printed, wrapped in the code for the 3D model. In each case, the abstraction (code) becomes material (object), the meanings for humans and computers are united, and the duality is resolved.

Ashley Zelinskie works and lives in Brooklyn, New York. There she runs the Active Space, a progressive arts center and studio complex. She is a founding member of the Lady Tech Guild and has collaborated on events with Makerbot Studios, Shapeways, Google and recently NASA. In 2014 she was a resident at The New Museum Incubator project (NEW INC) and she won the Adobe and Shapeways Ultimate Design Award for Iconic 3D Print in that same year. Her work is part of the permanent collection of the US consulate in Saudi Arabia and the Code.org collection in Seattle, among several other private and institutional collections. Articles about her work have been written by VICE, Hyperallergic and the New York Times.