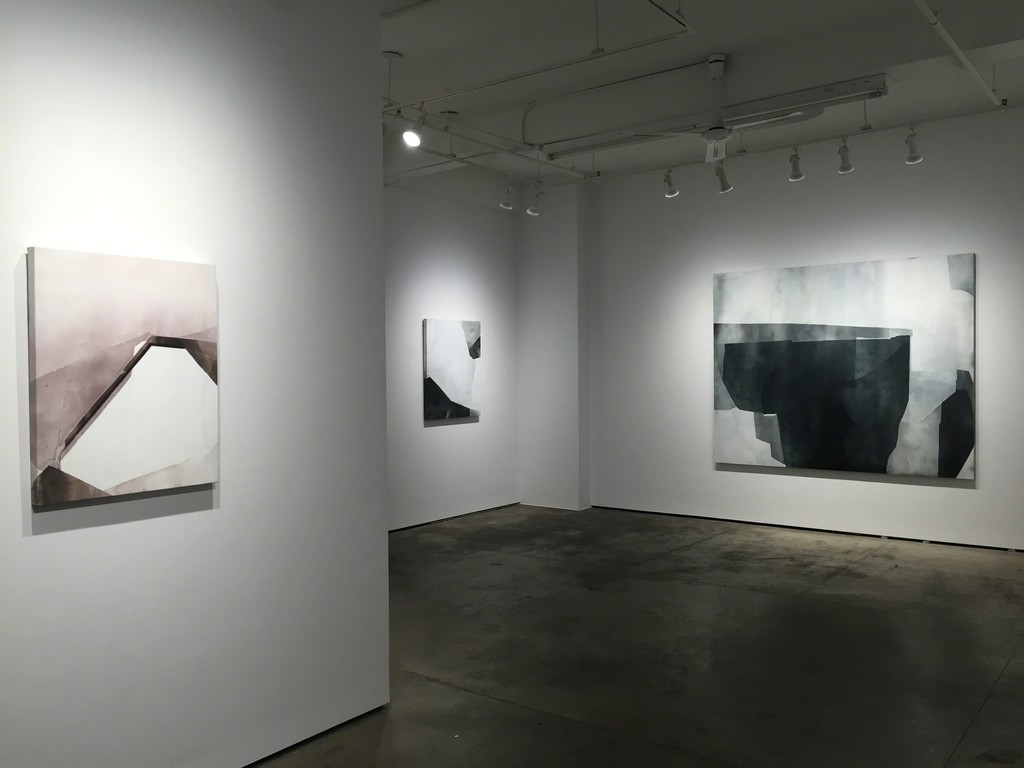 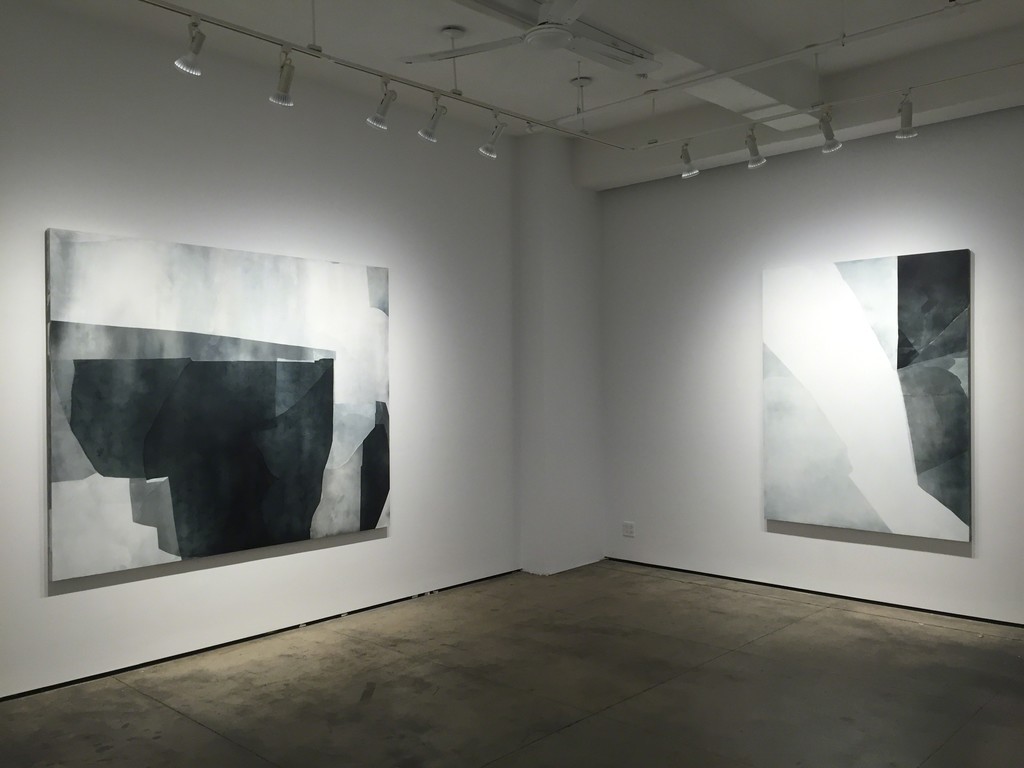 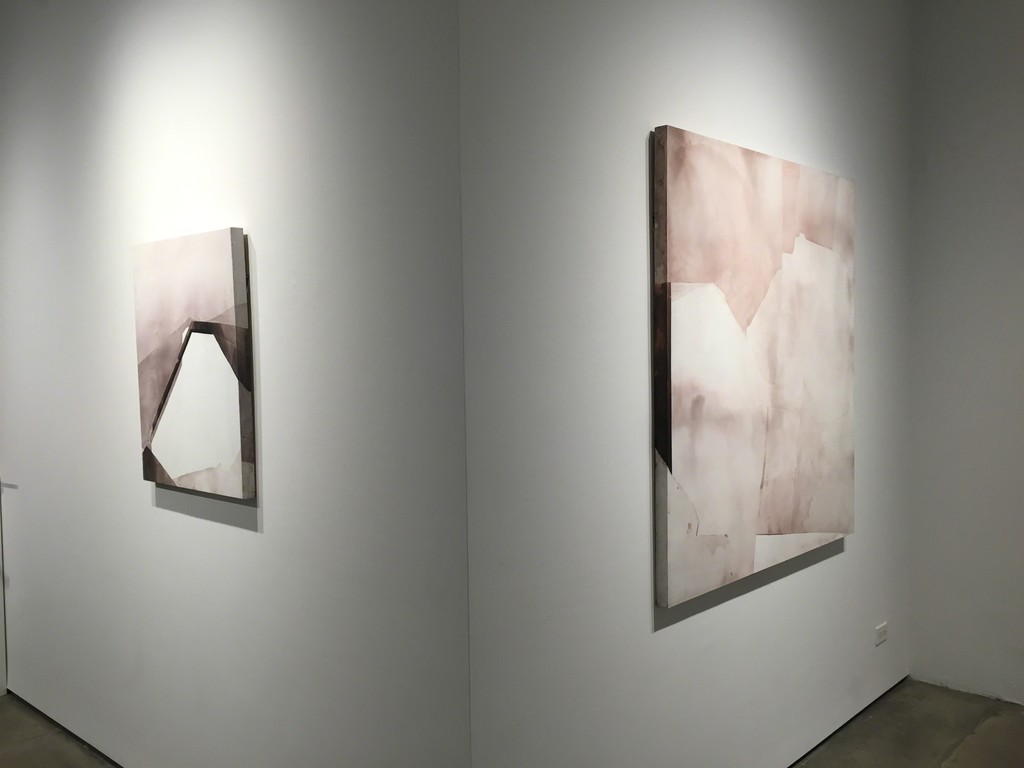 Eric Blum’s layered arrangements of ink-washed, wax-infused silk are rooted in modern painting techniques yet activated by the experimental manipulation of his media. The ambiguity of Blum’s references and the elusiveness of his narrative is beguiling. In his world, a scene viewed peripherally or as a background is something other than itself; potentially more desirable, poetic or preposterous. Its parts don’t always go together and it wavers at the edge of recognition.

Blum bypasses conscious decisions by blindly selecting his initial guidelines from random sources. The designated forms of the first layers are put through a process of rotating and flipping, covering and uncovering, overlapping, excising and splicing … ultimately reordering it’s original elements into a kind of visual anagram, no longer resembling its own preconception. He is drawn to unexpected juxtapositions and awkward harmonies with menacing undercurrents that don’t make a nuisance of themselves.

Eric Blum has received grants from the New York Foundation of the Arts and the Pollock-Krasner Foundation. He has exhibited with galleries around the world and has been featured in shows at the Boulder Museum of Contemporary Art, the Knoxville Art Museum, and The Contemporary Art Center of Cincinnati, among other institutions. Blum studied at UCLA and Central St. Martins, and currently lives and works in New York City.