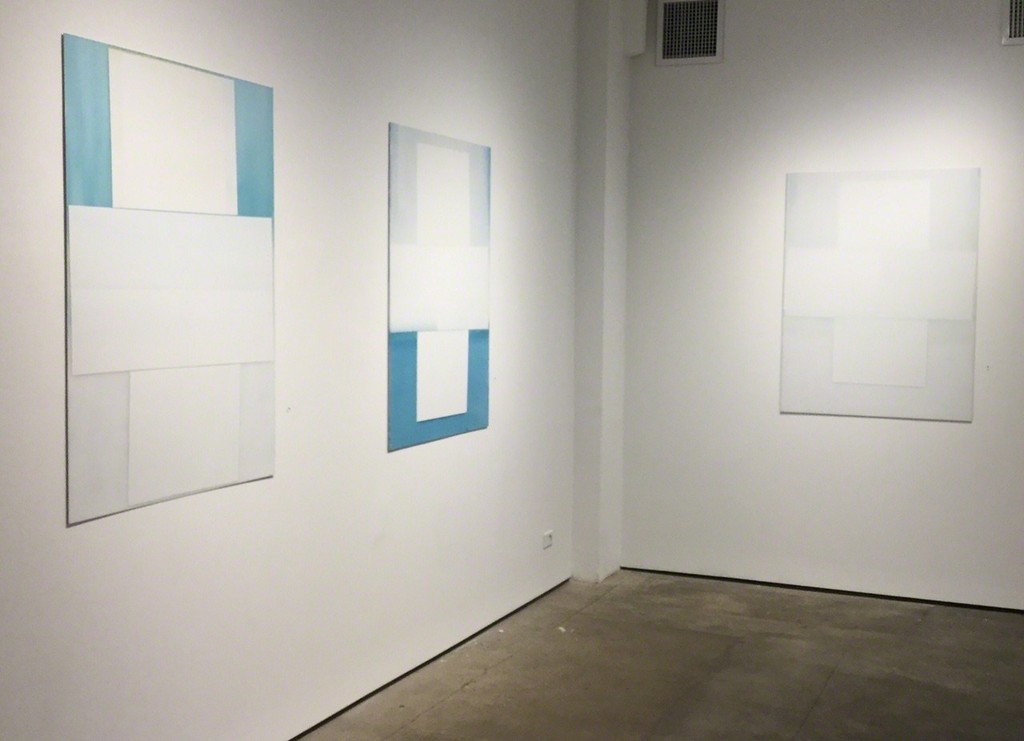 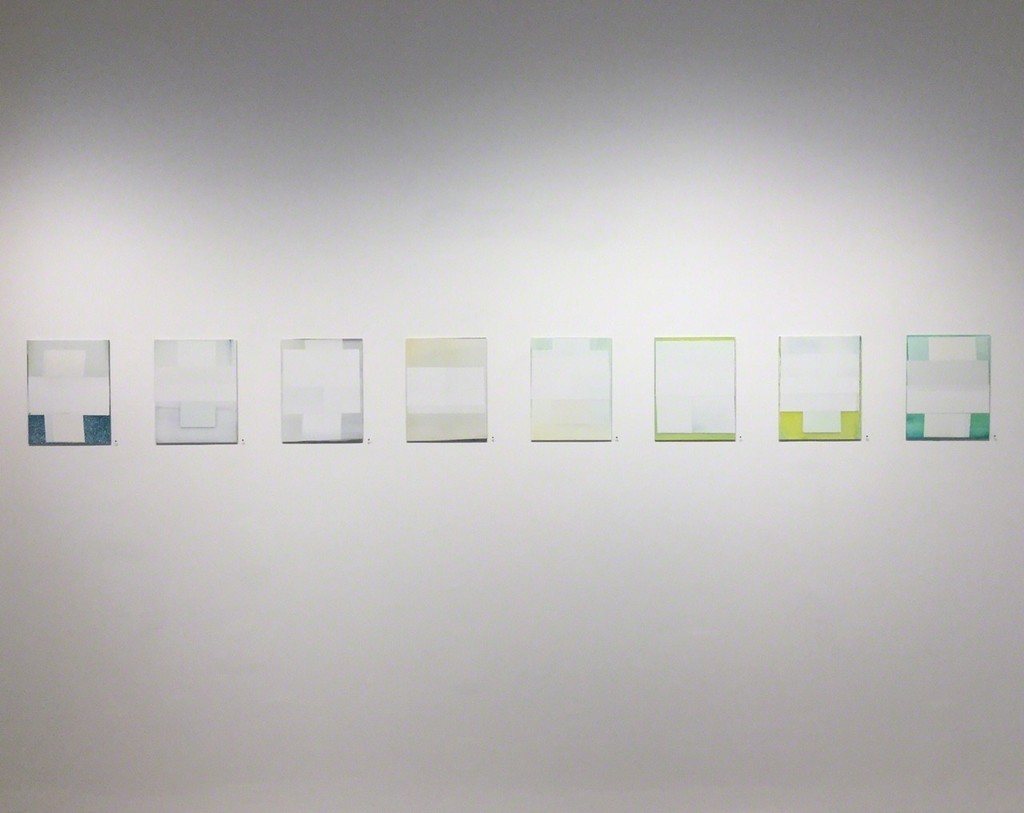 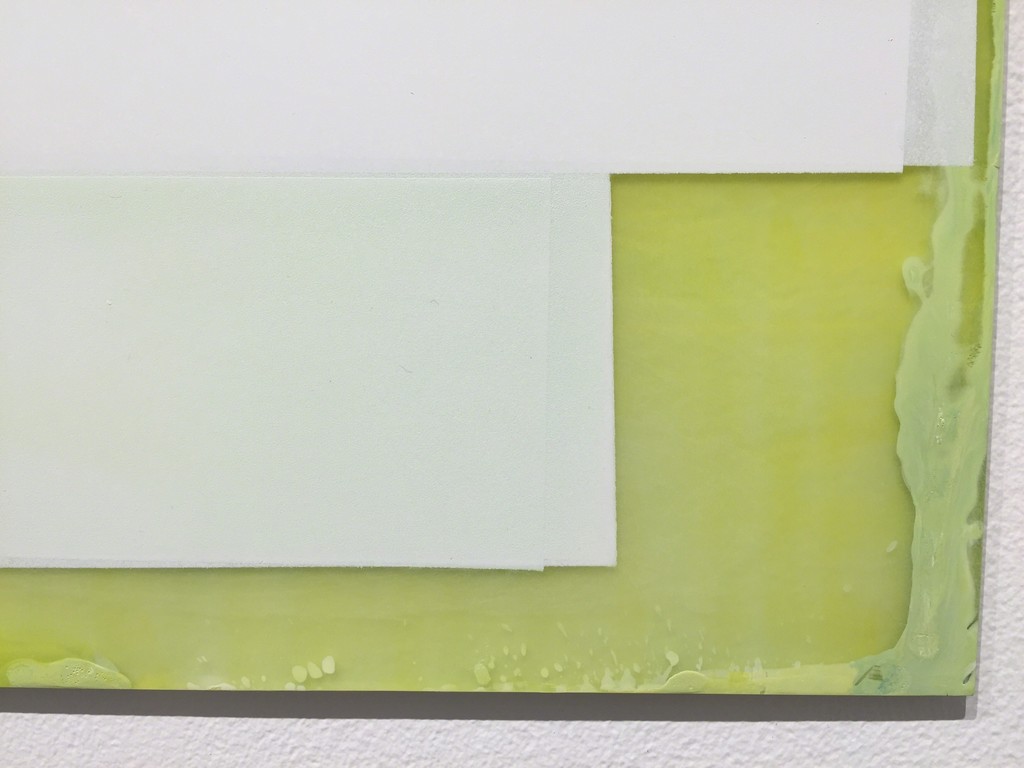 The subtlety of Jeffrey Cortland Jones’ work belies its visual impact; impact which discloses itself to those viewers who opt to examine the work most fully. At first glance, his constructed shapes are white, orderly stacks, but closer inspection reveals the tensions between them. His angles are not quite 90 degrees, his whites are often not truly white at all, and the slivers of color and texture underlying them call the depicted spatial depth into question.

Inspired by the gritty industrialism of an urban environment, Jones considers himself, in a way, a landscape painter. His marks reference a hastily re-painted exterior wall, the metallic scratches left behind on concrete from a skateboard, a weatherworn door of an abandoned building. Over all, his paintings are a celebration of unexpected details and overlooked beauty.

Jones possesses an exceptional sensitivity for color. He pushes colors to their limits, right up to the moment just before they become white, and then layers them over fully saturated colors, allowing a transparency for those richer hues to peek through. The relationship between his colors is enriched and exposed by a process of layering and sanding away, working one masked-off area of the surface at a time. In this current body of work, this process is less carefully controlled, allowing the final image to be more gestural and imprecise, with more of the foundational layers of saturated color coming through.

Jeffrey Cortland Jones has exhibited in solo and group shows throughout the United States. His work has been featured in the Indianapolis Museum of Contemporary Art, the NIAD Art Center, and the Brooklyn Art Library among other institutions and galleries. He received his MFA in Painting and Drawing from the University of Cincinnati. Jones currently lives in Cincinnati, Ohio and is a professor at the University of Dayton, where he heads the Painting program.