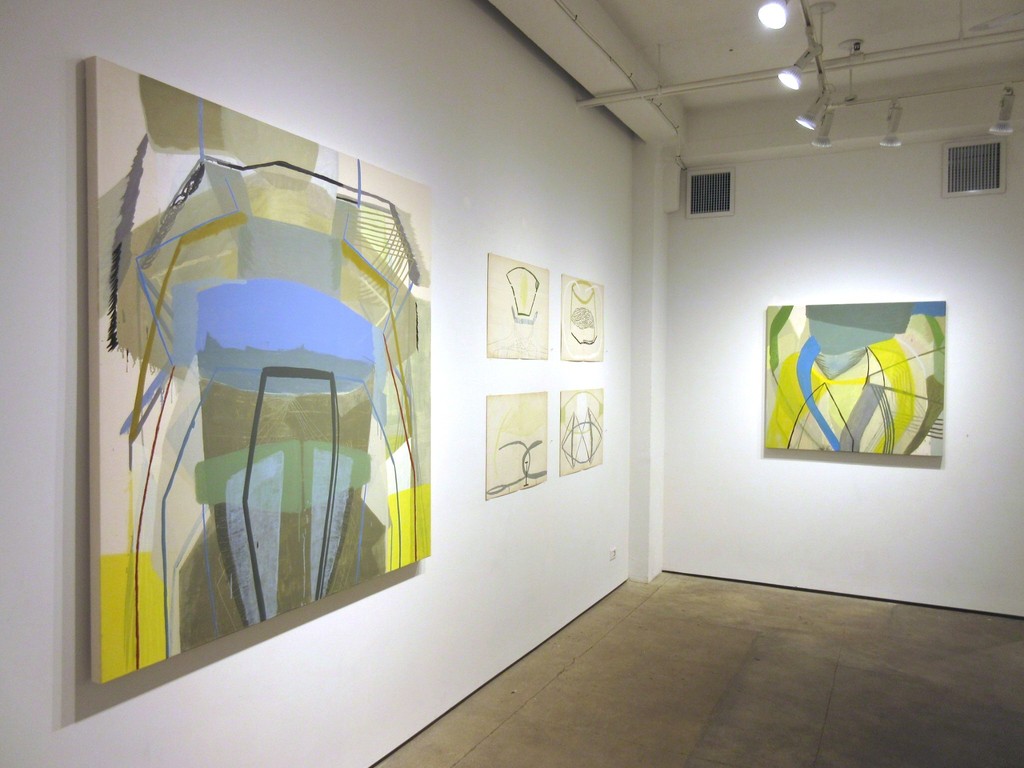 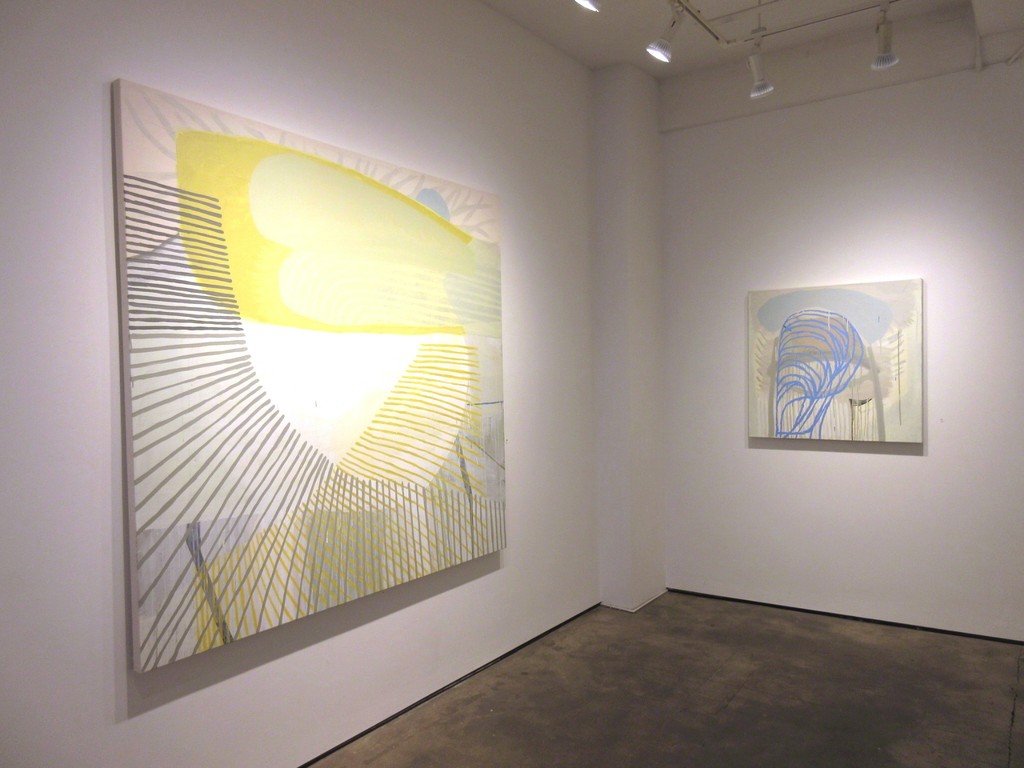 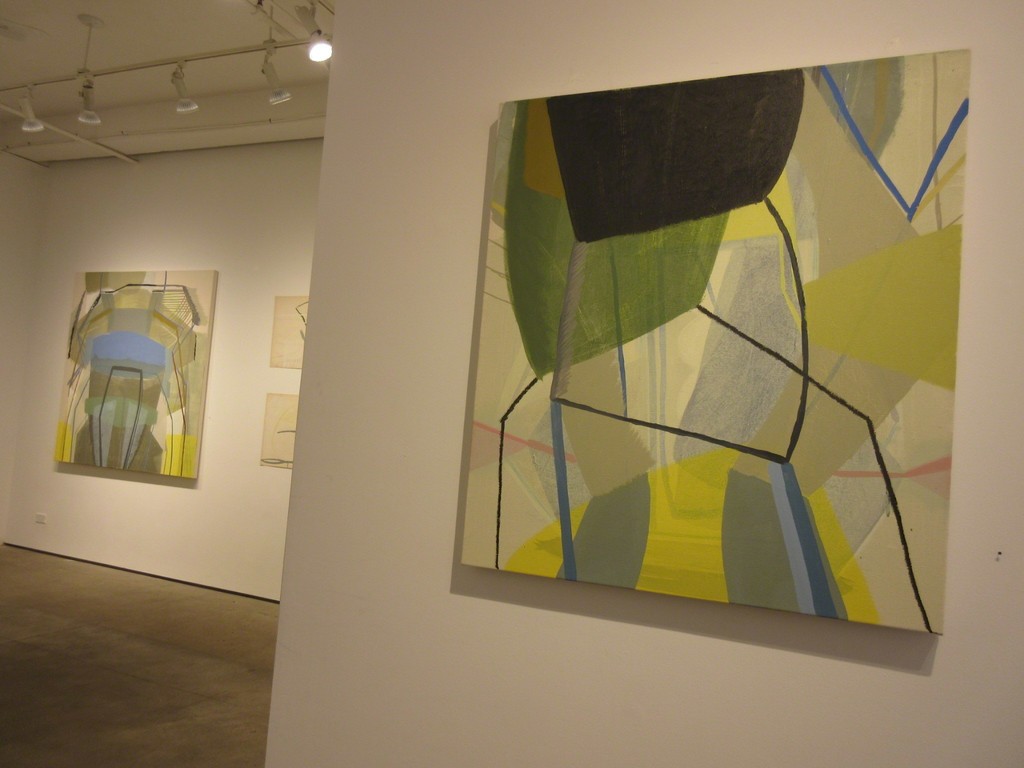 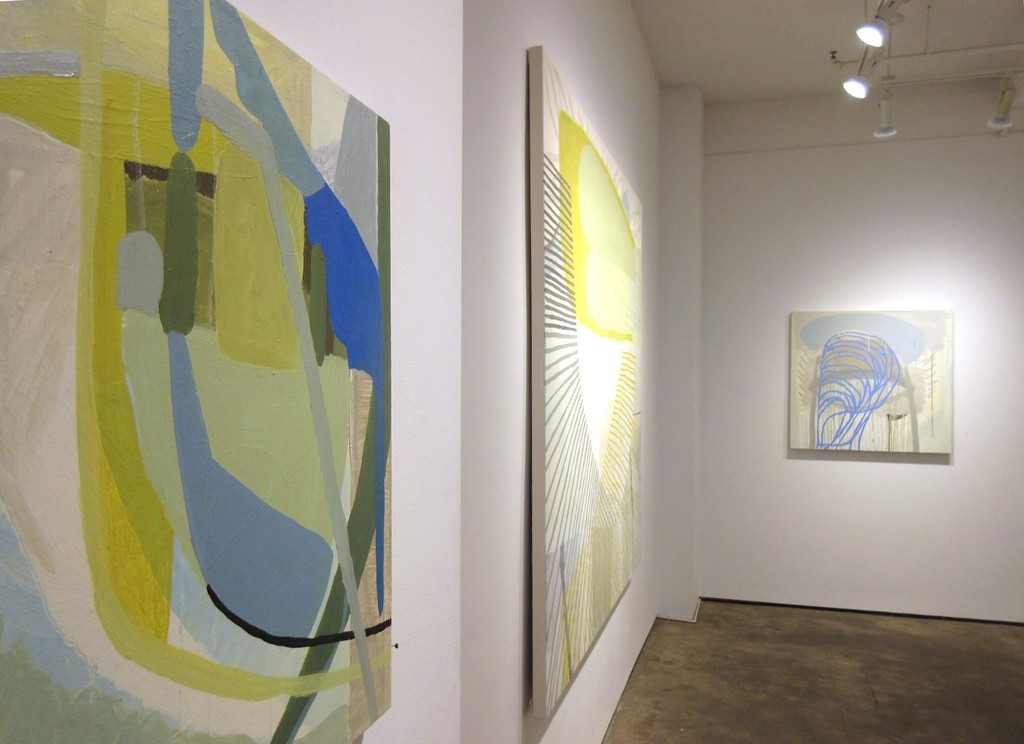 Including new examples of her signature works on paper, this exhibition also features Ky Anderson’s paintings on canvas. These paintings contain her notable abstract imagery and layers of bold, linear forms. Channeling the primitive origins of drawing with a serene palette and simple, bold shapes, she constructs compositions that are not quite symmetric, but beautifully balanced.

Her images are often built from the foundation of a large dome or pointed form, recalling a wilderness or landscape. She builds forms with forces that act on each other, balancing each other, revealing the underlying structure in an imagined nature.

Ky Anderson’s paintings inhabit their own unique space, while drawing from numerous sources, both traditional and contemporary. Straddling the line between abstract and representational, Anderson’s work contains elements of refined craft while also embracing an intuitive technique and a certain amount of crudeness. The imagery leads to a subconscious terrain, where elemental forces offer insight to the struggles and joys of an earthly existence.

Ky Anderson has lived and worked in New York City for 20 years. She was born and raised in Kansas City, Missouri, where she graduated from The Kansas City Art Institute in 1995. Anderson continues to have strong ties to the Kansas City community and frequently exhibits there. Anderson’s work is also exhibited widely across the country including New York, San Francisco, and Chicago.