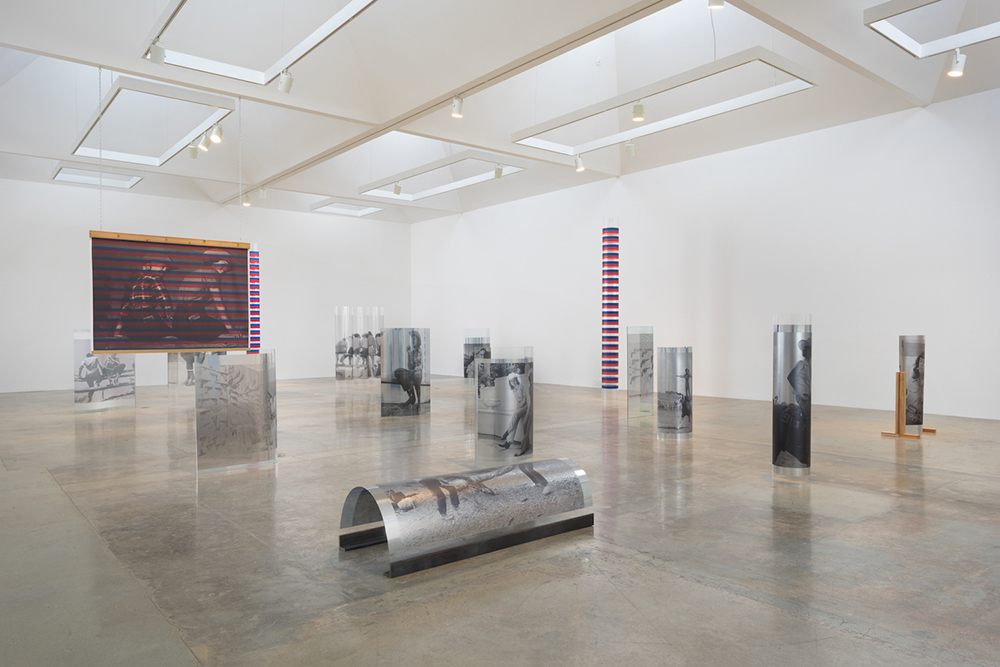 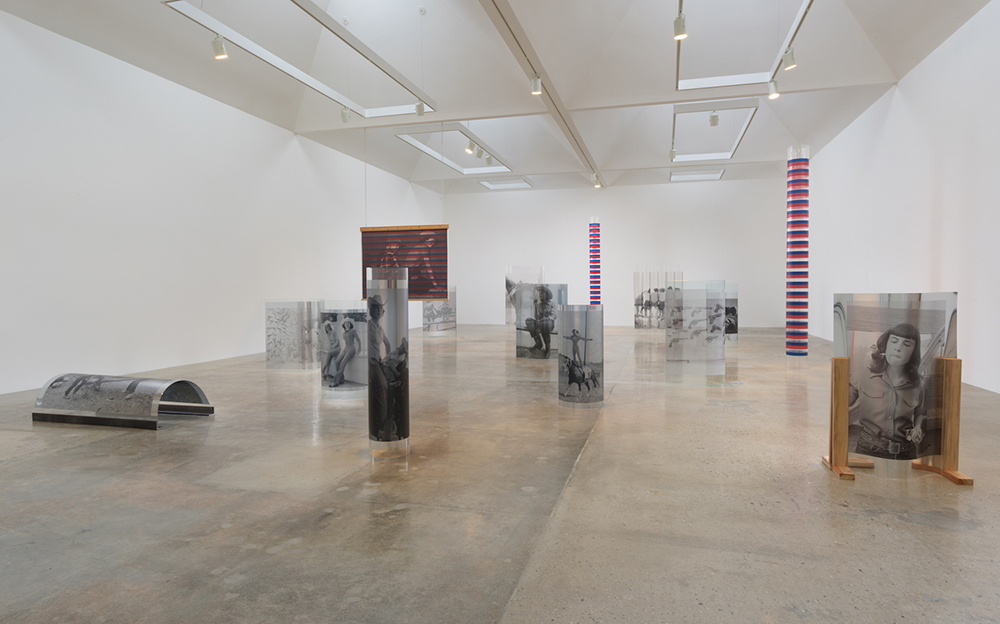 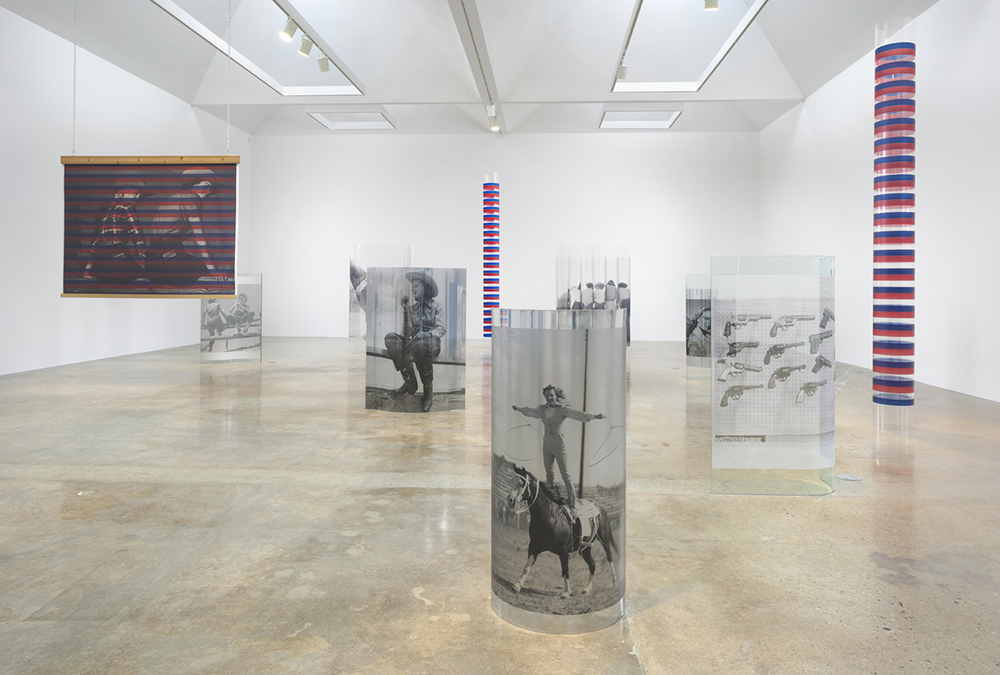 Kayne Griffin Corcoran is pleased to announce an exhibition of new work by Servane Mary, which will include floor-based glass and plexi sculptures and a large-scale hanging banner, all including appropriated images of American cowgirls from the 1940s. The exhibition is appropriately titled, “American Cowgirls of the ‘40s.”

The April 22, 1940 issue of LIFE Magazine features an article titled “Dude Outfit.” In the article, the journalist tells the story of American women who have assumed labor positions previously designated for men, who have recently left the ranch to go fight the war overseas. Shooting guns, tilling the land and herding cattle, the women were photographed in various empowering situations. This iconic era marks a significant redefinition of the roles of women in society.

Mary uses images to discuss underlying issues of political and social transformations. For Mary, working with images of women from the 1940s to the 1970s encapsulates a specific moment in time: the thirty-year gap during which women’s roles were being challenged via the beginning of contemporary feminism and the women’s rights movement. Vintage imagery is a device to highlight societal change, pushed further by the viewer’s own relationship to the time and place depicted. Thus, Mary’s appropriated photographs of cowgirls explore the connections between representation, identity, history, and memory. Images are treated as physical entities, objectifying them as sculptural work—yet still decipherable as images. The works exist somewhere wedged between the appropriation of images resonant in the pictures generation and the reuse and distribution treatment of images in post conceptual-abstraction.

Mary prints the mined imagery onto a reflective mylar surface, intentionally low-resolution on a standard inkjet printer. Where a high-resolution image looks more brilliant and rich, a poor image appears to have been through the washer. Mary is interested in the history of the image as content. The repeated reuse of the image creates multiple narratives. The physical process of printing and attaching her low resolution images to the plexi sculpture draws the viewer’s attention to the shifting layers of meaning the image accrues as it passes from one context to another. She uses transparent glass or plexi as a skeleton or backbone to support the weight of the printed image. Images are stretched over curved artifices, as if pulling and stretching the inherent content. The reflective and sometimes transparent surface of the mylar acts as a furthering filter to the gaze. The viewer is not only confronted with the portraits of archetypical, iconic women, but now one’s own image is saturated into the fabric of the object.

Mary is a Swiss-French artist (b. 1972) and lives and works in Brooklyn, New York. Mary has attended the Ecole Nationale Superieur des Arts Decoratifs and Ecole des Beaux-Arts, in Paris, France. In a recent series of work, Mary printed images of war on Mylar rescue blankets. The image becomes distorted and details are lost in the process, but the result is a visually stimulating work on an item connected to real world crisis situations. Selected exhibitions include: Fairview Museum of History and Art, Utah (2015), Swiss Institute, New York (2013), The Abrons Arts Center, New York (2013), a solo exhibition at Triple V gallery, Paris (2013).