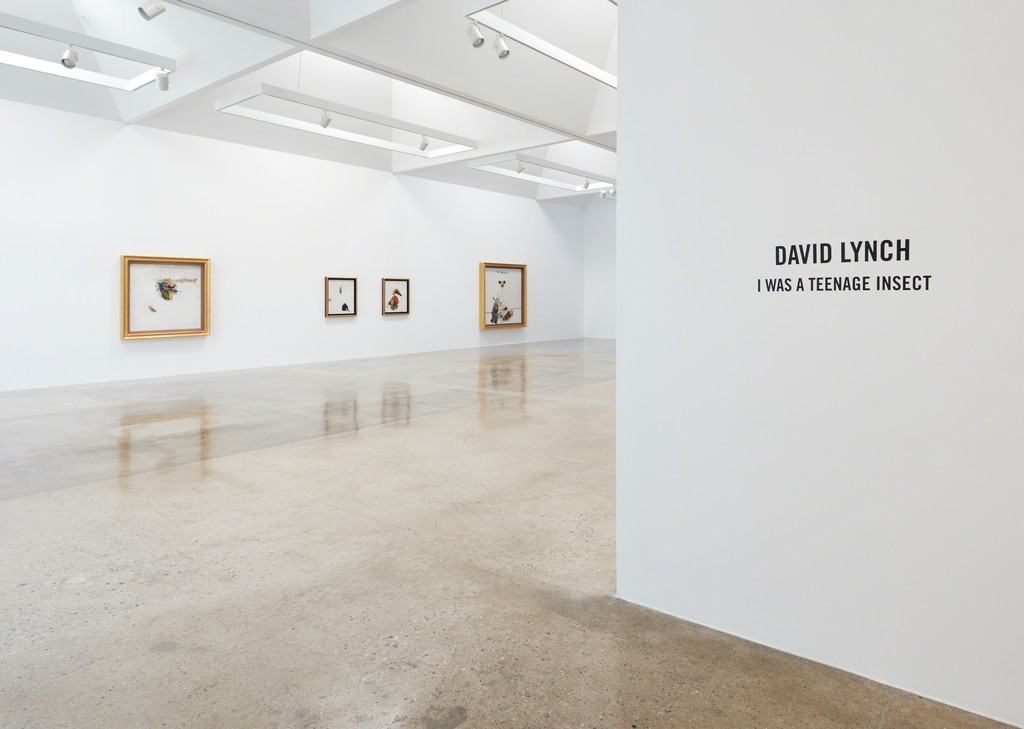 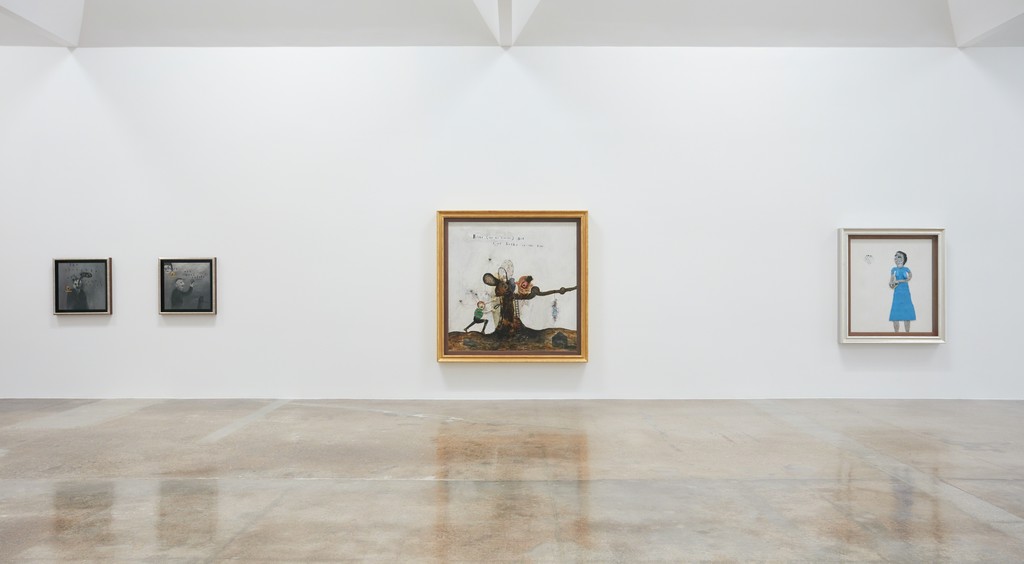 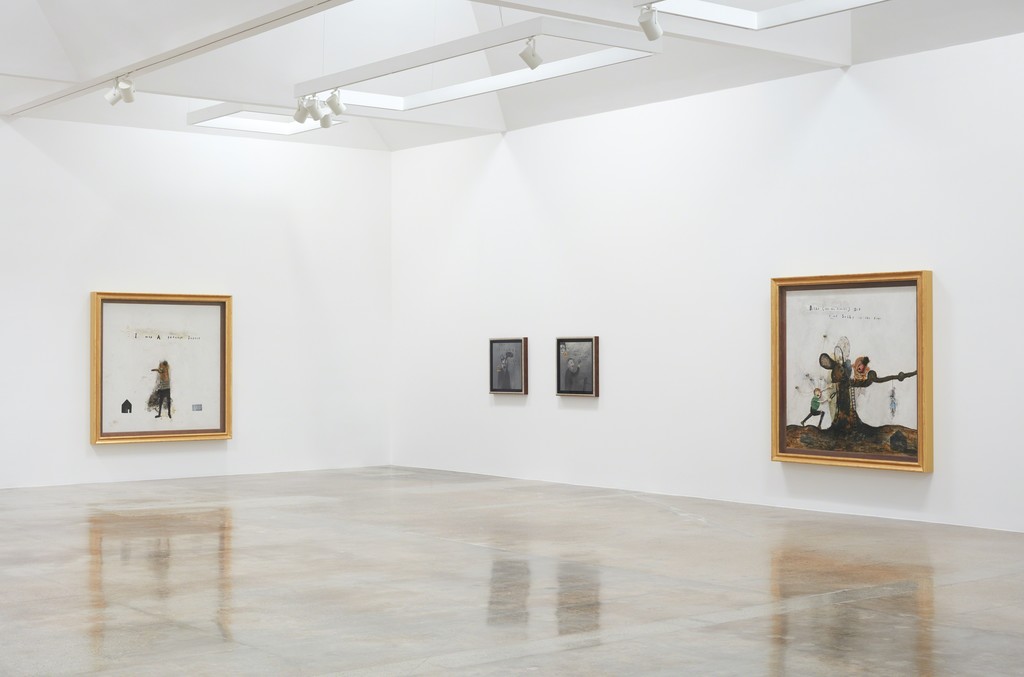 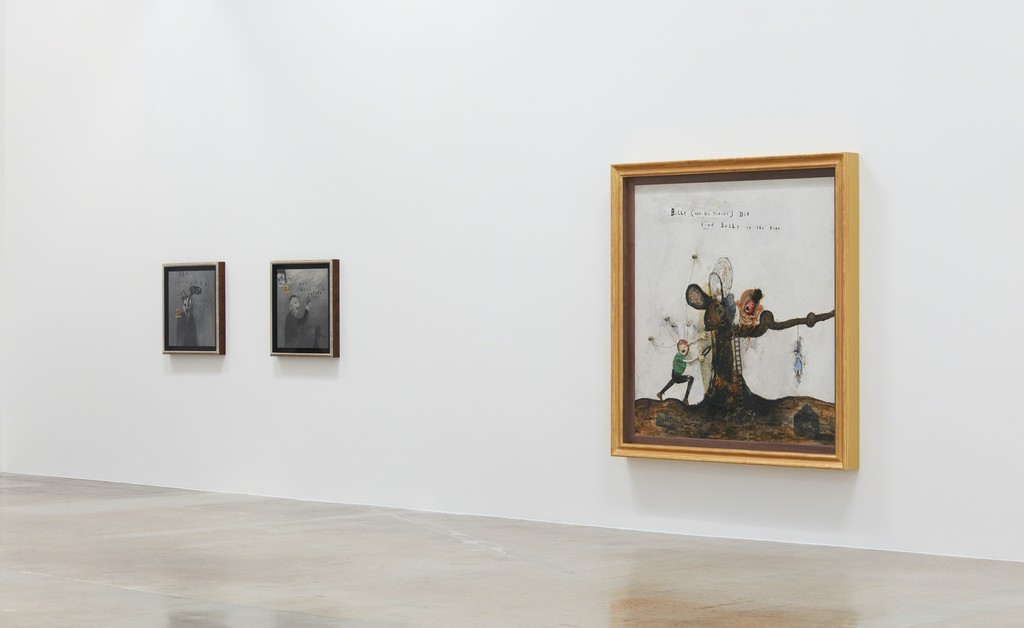 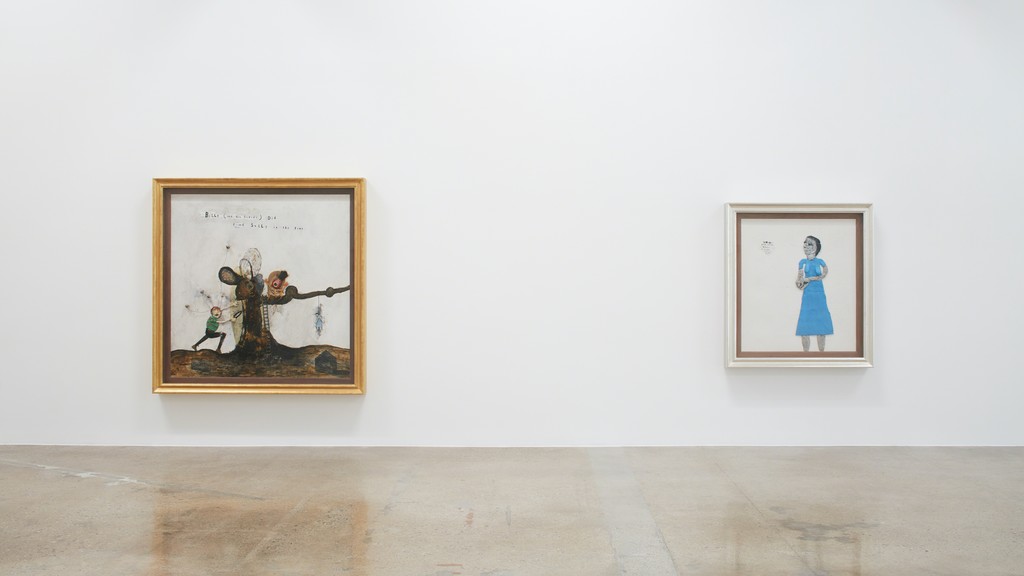 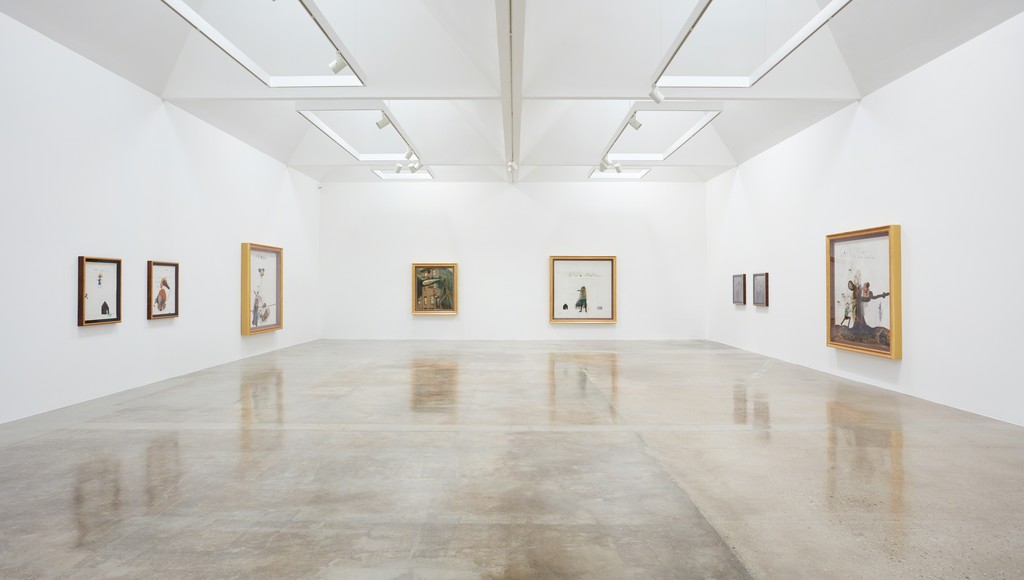 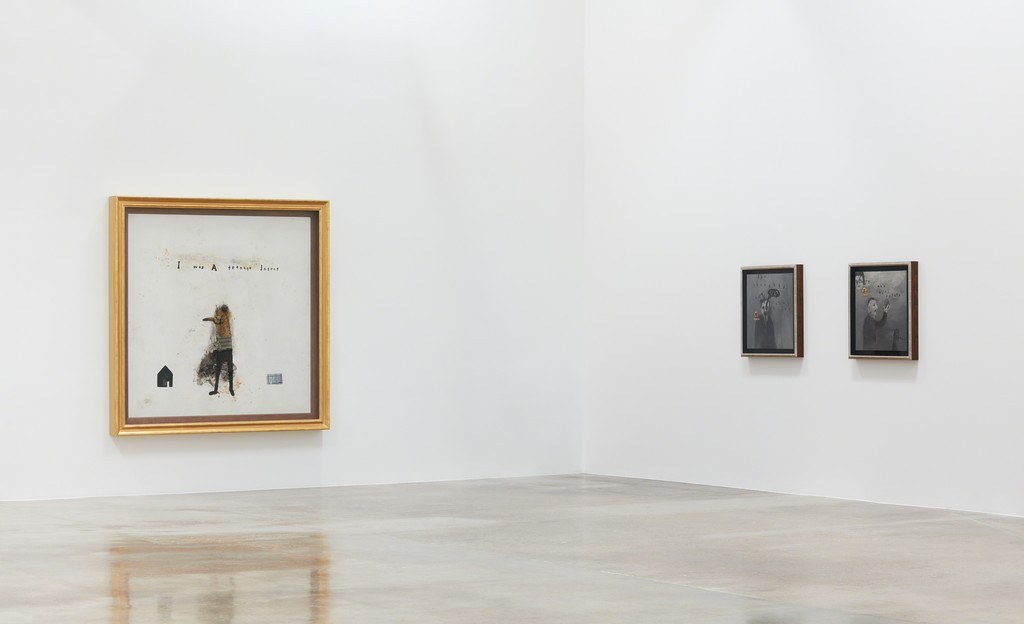 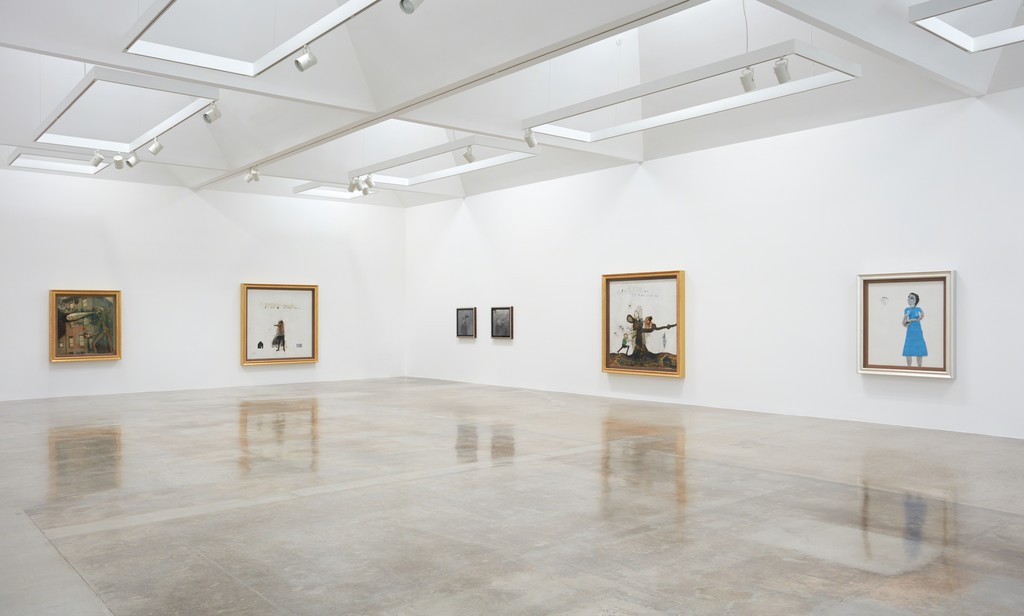 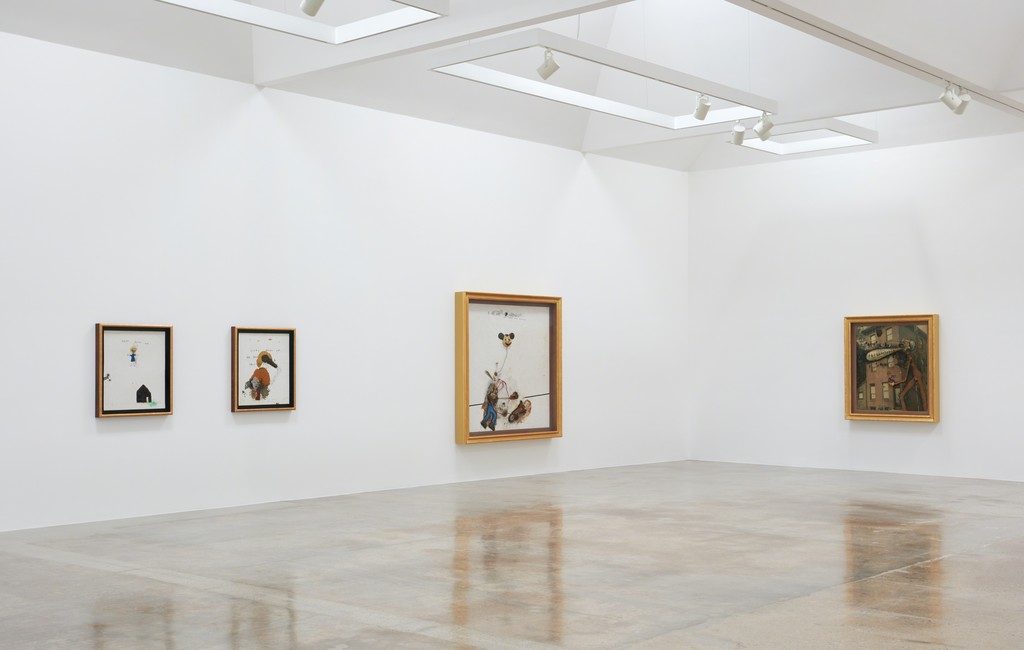 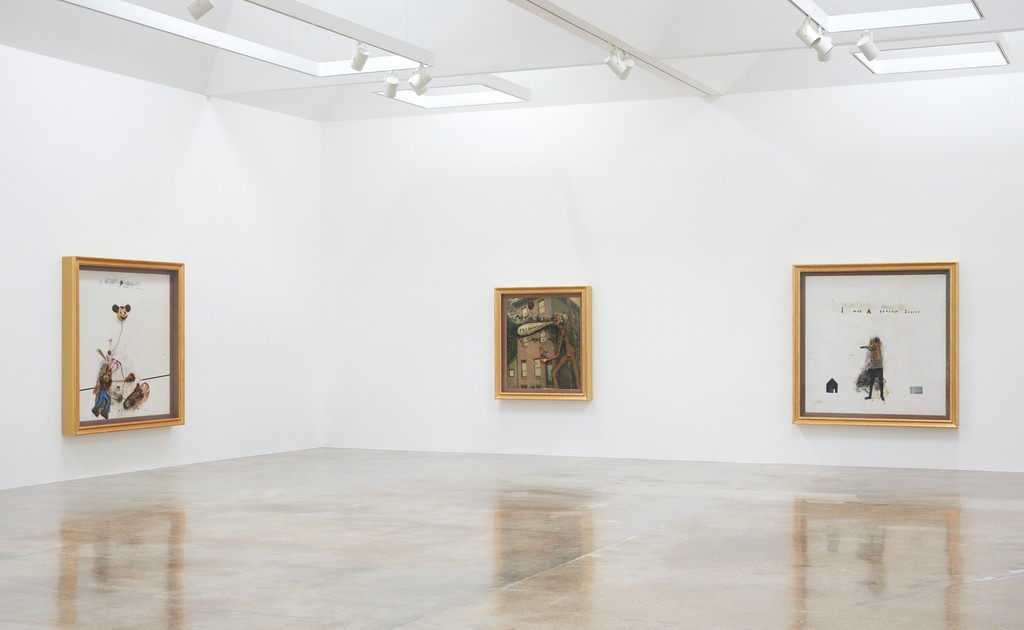 Kayne Griffin Corcoran is pleased to present a solo exhibition of work by David Lynch, his fourth at the gallery.

A group of new paintings, drawings, and watercolors will be on view. Within these works Lynch functions as an omnipresent narrator who candidly describes his representation of objects and figures in situations that are simultaneously commonplace yet unexpected.

Lynch’s five-decade career includes an extensive body of painting, drawing, photography, printmaking, installation, music, and film. While studying at PAFA in the late ‘60s, Lynch had a vision to make his first ‘moving painting’; a sculptural painting beneath a moving projection titled Six Men Getting Sick. This multimedia work marked Lynch’s first foray into filmmaking. Since this time his prolific body of work has touched on subjects of the organic body and industrial sites in various states of decay; describing a deeper human experience both beyond and within the everyday. Often depicting these scenes with a language of surrealism and mystery, Lynch’s work balances at the porous divide between the body and the world it inhabits.

Retrospectives of Lynch’s work have been exhibited in Torun, Poland (2017), Queensland Art Gallery in Brisbane, Australia (2015), the Pennsylvania Academy (2014) where he studied as an artist and Laforet Museum Harajuku, Tokyo (2012) Previously, Brett Littman curated a thematic selection of works addressing Lynch’s use of naming through narrative text which traveled to Middlesbrough Institute of Modern Art in the UK. Solo exhibitions of his photography include Small Stories at Maison Europeenne de la Photographie in and David Lynch: The Factory Photographs at the Photographers’ Gallery both in 2014. Lynch was also the subject of a major survey exhibition at The Air is on Fire was presented at Fondation Cartier pour l’art contemporain in Paris in 2007 and traveled to the GL Strand in Copenhagen in 2010. Upcoming exhibitions include a major survey, David Lynch: Someone is in my House, at the Bonnefantenmuseum Maastricht opening November 2018.

David Lynch was born in Missoula, Montana and studied painting at the Boston Museum School and Pennsylvania Academy of the Fine Arts. Lynch is also known as a filmmaker and recording artist who has produced critically acclaimed films such as Eraserhead, Elephant Man, Blue Velvet, Lost Highway, Mulholland Drive, Inland Empire and the television series Twin Peaks.