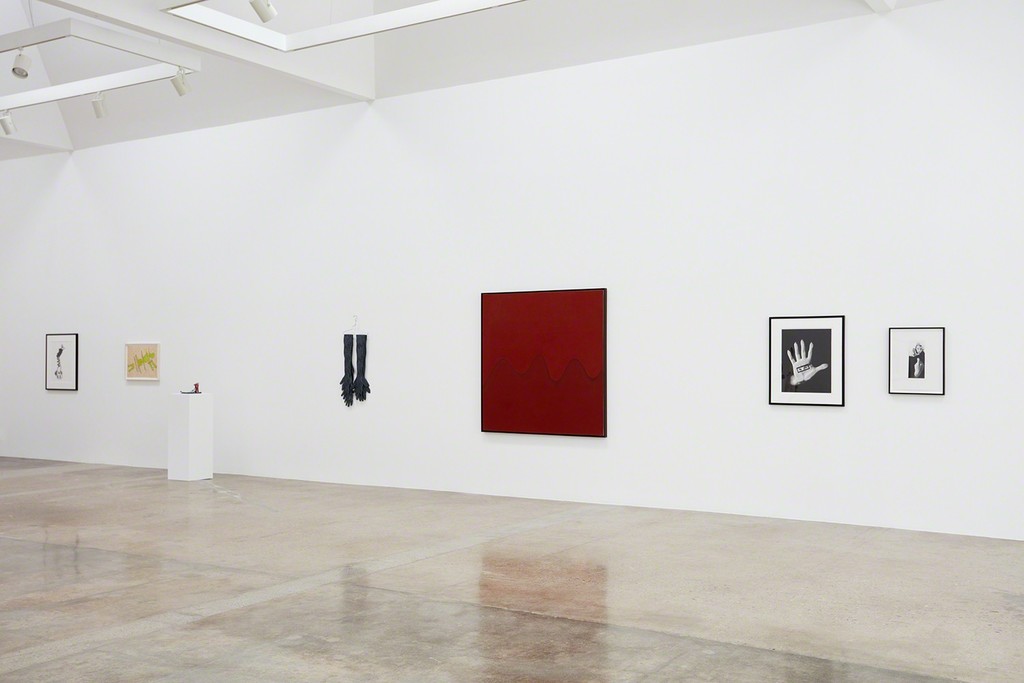 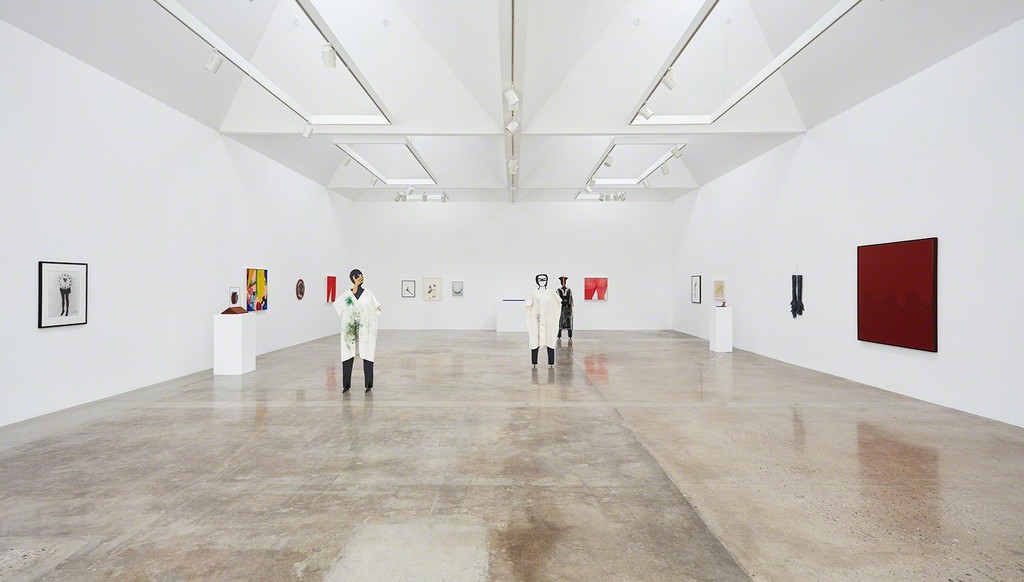 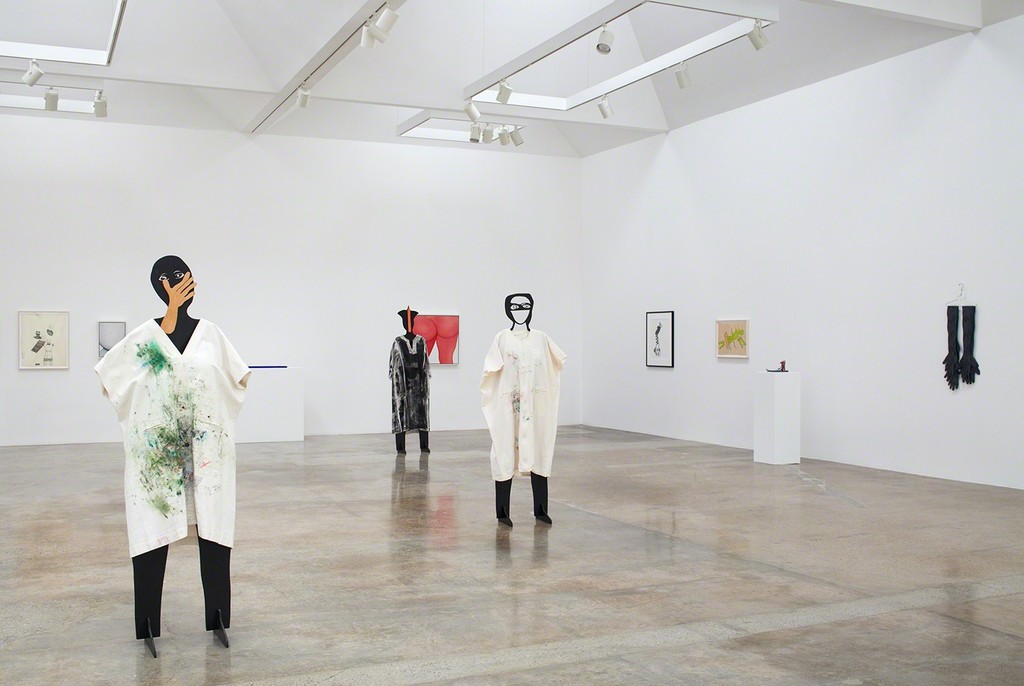 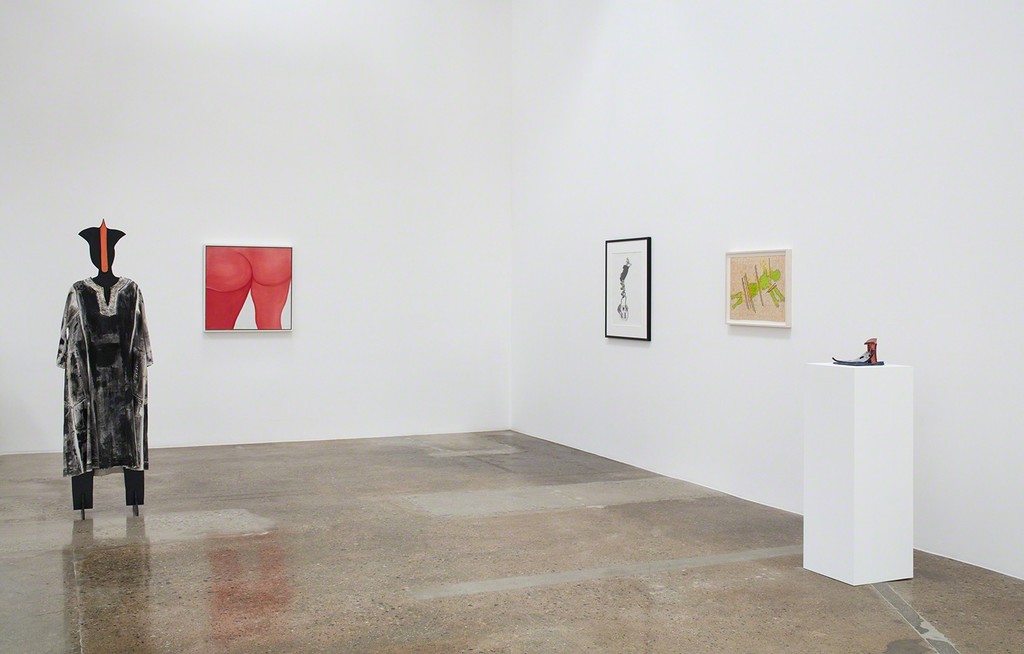 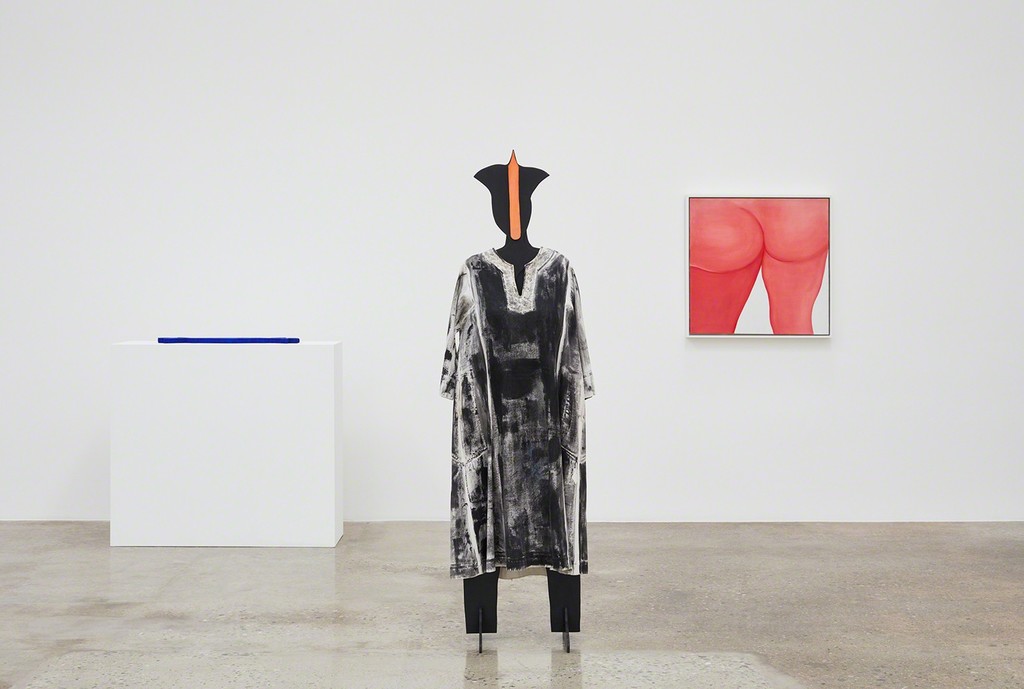 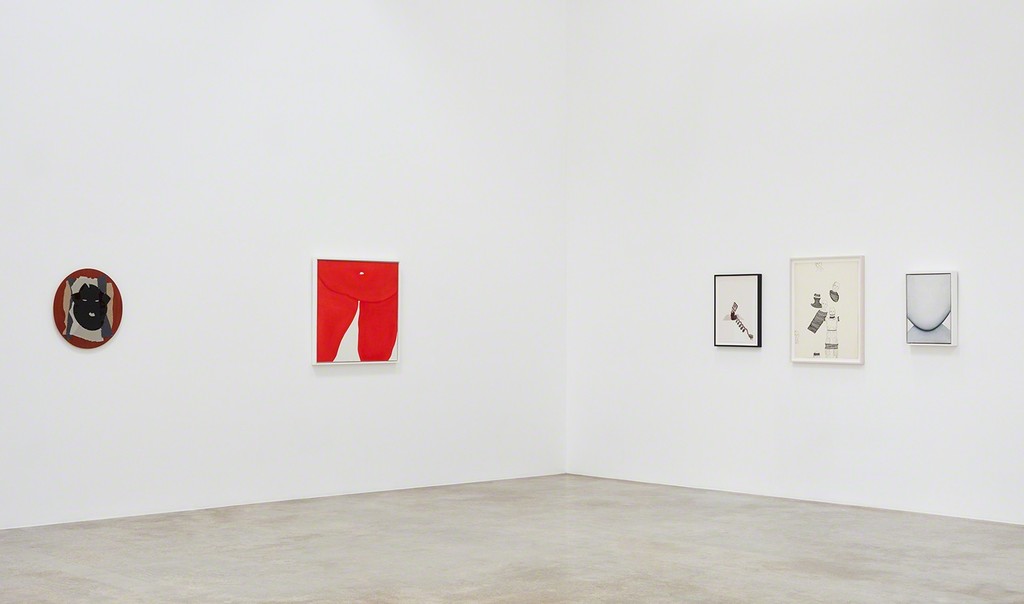 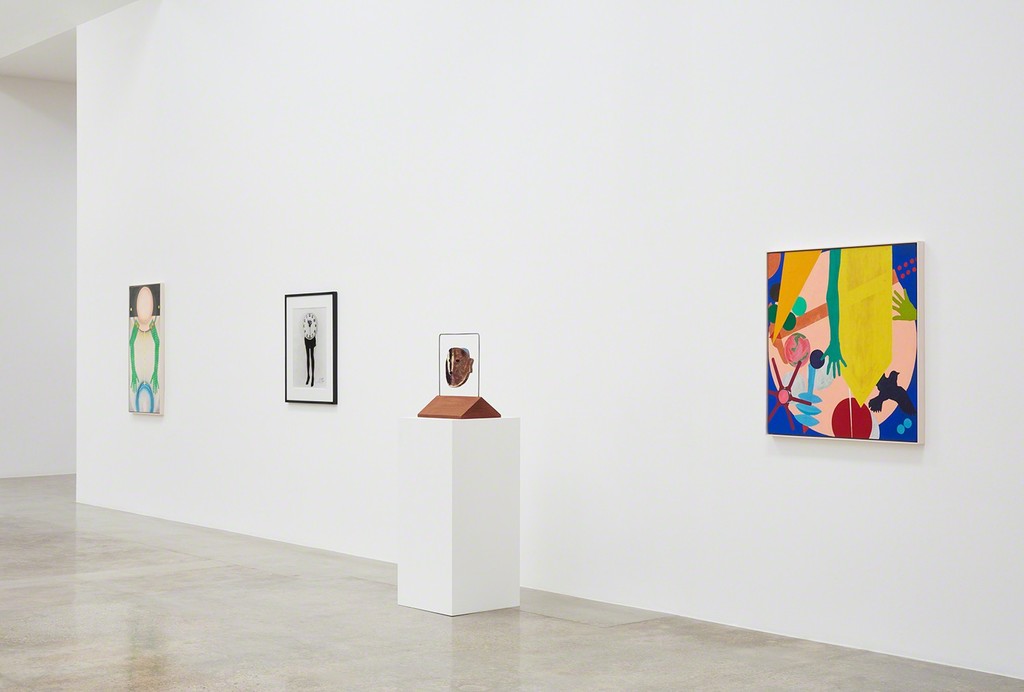 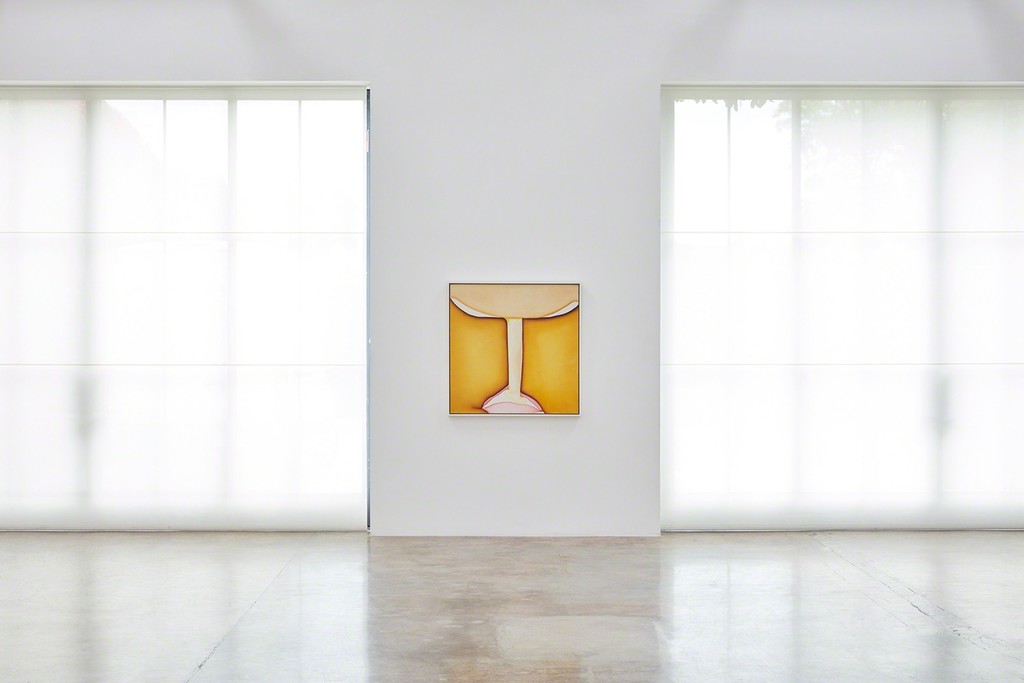 Surrogates investigates the use and visibility of the female body. Each of the artists make work that can stand-in for different aspects of the female form in the physical, social, and political capacities. The artworks included discuss these ideas both through the representation of the physical body, but more interestingly highlight the anatomy’s ability to change shape. The body is part organism and part machine—a vessel for multiple identities. Surrogates features works that display the female body as both the self and the other.

The works included are from the early 1960s through the 1990s and cover a large swath of time that witnessed an evolution of feminist waves. The artists included not only predicted significant movements but also contributed to the changing discourse. The 1980s witnessed artworks that were critically engaged with mass-media’s role in the patriarchal construction of the “woman.” Kiki Kogelnik starting creating work in the early 1950s—but the 60s she focused on the human form and outlines of body parts and by the 70s there was an explicit focus on the portrayal and representation of women and the female figure. She astutely critiqued the image and dissected it’s construct by pulling it apart and reassembling it – sometimes reimagining it as a robot or some other artificial object. Additional works by Kogelnik, such as an acrylic hanging sculpture, portray body parts as modular replacements, suggesting a body that could survive the future was one that could regenerate.

Similar to Kogelnik, Lynn Hershman Leeson’s Phantom Limb series depicts the absorption of a female identity into technology by merging female bodies with machinery. Predating the advent of Photoshop, these black and white photo collages replace the limbs of a beckoning woman with objects such as electric plugs, televisions, clocks and cameras. The division of the individual into both the public and private self reflects a contemporary experience of life online. The female portraits appear as intimate documentation between a subject and a viewer, however the mechanic limbs open the privacy of the subject up to infinite sources of spectatorship. An influential media artist, Lynn Hershman Leeson makes sculptures, installations, and performances that are deeply engaged with and often leading the conversations in identity and biopolitics.

Born in Lebanon, Huguette Caland’s paintings flourished upon her move to Paris in the 1970s. Her artwork benefited from the artist’s progressive lifestyle of adventure, sexuality and a resistance to a terse political climate. Her body of work is a cohesive exploration of self, and more so, a push back against societal codes. The paintings included in the exhibition exploit sexuality; they portray fluid, blurred and morphing figures representing the body as a universal subject. The gender is sometimes ambiguous, such as in Bribes de corps, 1973, a soft yellow painting of what could be imagined as two round fleshy parts. What stands her bodily abstracts apart is the perspective of the feminine figure from a female, rather than a masculine gaze. Also included in the exhibition is a series of Caland’s painted smocks. These canvas textiles represent both the act of painting and the painting itself.

Surrogates is a study of the spectacle of bodies and their subjectivities in both the real and the imagined world. The works selected for this exhibition all operate as an avatar for one aspect of the female form. In all instances, the form has either shifted from one mechanism to another, is represented in a fragmented shape, or acts as a metaphor of a complex social and political body.

Kiki Kogelnik (b. 1935 - 1997) was born in Austria and lived and worked between Vienna and New York. Recent solo museum shows include Kiki Kogelnik – Inner Life (Kunsthalle Stavanger, Norway); Kiki Kogelnik: Fly Me to the Moon (Modern Art Oxford, UK); and I Have Seen the Future (Hamburger Kunstverein, Hamburg). She was the subject of major retrospectives at Österreichische Galerie Belvedere in Vienna, Austria in 1998 and at Kunsthalle Krems, Austria in 2013.

Lynn Hershman Leeson (b. 1941) lives and works in San Francisco, California. She is featured in the collections of the San Francisco Museum of Modern Art, Los Angeles County Museum of Art, Museum of Modern Art, and Tate Modern, among others. She was the recipient of a Siggraph Lifetime Achievement Award, Prix Ars Electronica Golden Nica, and a John Simon Guggenheim Memorial Foundation Fellowship. In 2017 she received a USA Artist Fellowship and the San Francisco Film Society’s “Persistence of Vision” award. In 2018 she was awarded the College Art Association’s “Distinguished Feminist Award” and the National Women’s Caucus for Art “Lifetime Achievement Award.” Lynn Hershman Leeson's retrospective exhibition CIVIC RADAR, organized and produced in 2014 by the ZKM (Center for New Media Art), Karlsruhe, Germany, evolved into other museum presentations including Modern Art Oxford, the Lehmbruck Museum, and the Deichtorhallen Hamburg/Sammlung Falckenberg.

Huguette Caland (b. 1931) was born in Beirut, Lebanon and lived and worked lived in Beirut, in Paris, and briefly in New York before settling in Los Angeles, where she was based from 1987 to 2013. Caland is the only daughter of the first president of the Republic of Lebanon. She is featured in the collections of LACMA, Armand Hammer Museum, British Museum, Centre Pompidou, Paris Bibliothèque Nationale, Paris Fondation National d’Art Contemporain, San Diego Museum of Art, Palm Springs Museum of Art, and Museum of Fine Arts, Houston, TX. Recent exhibitions include Made in LA curated by Hamza Walker and Aram Moshaydi (Hammer Museum, Los Angles); Arsenale, 57th Venice Biennale; Sharjah Biennial curated by Omar Kholeif; and an upcoming solo exhibition at Tate St. Ives (St. Ives, UK).