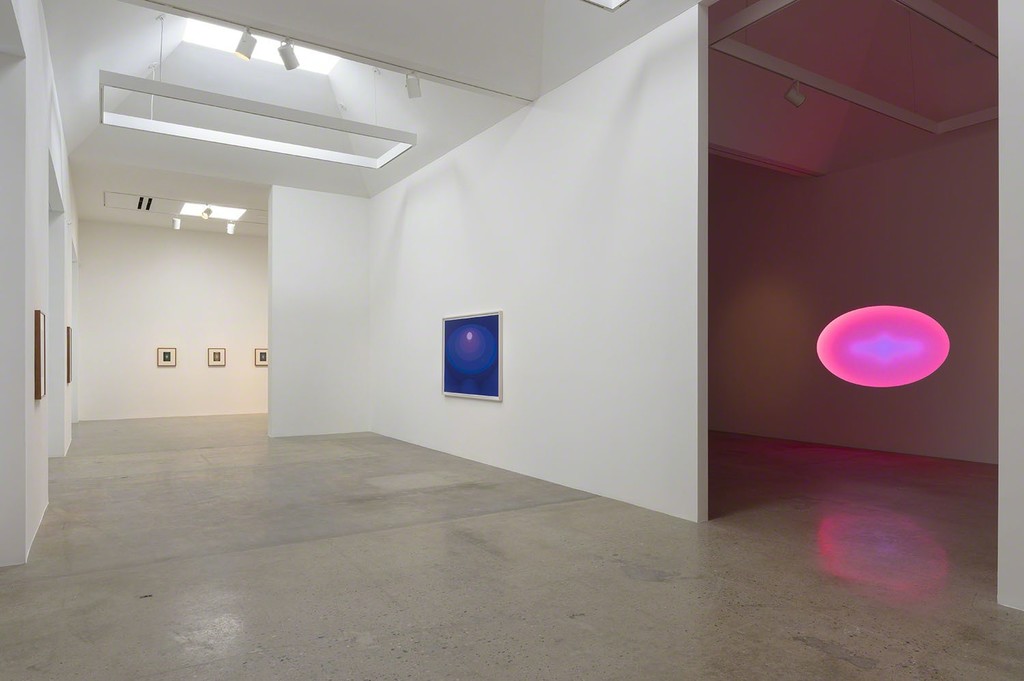 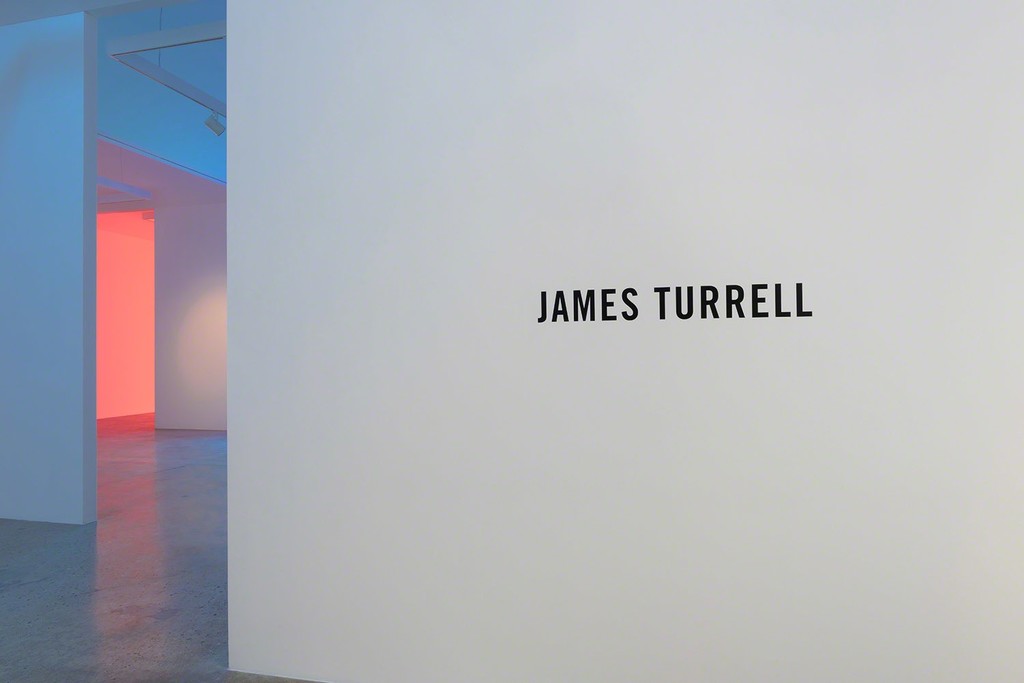 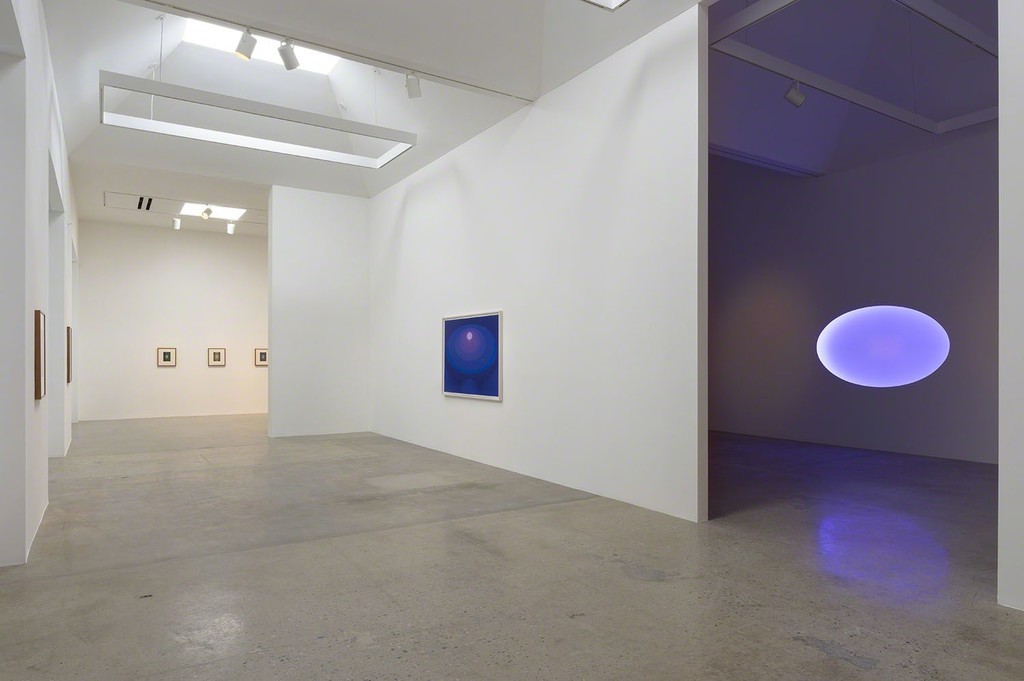 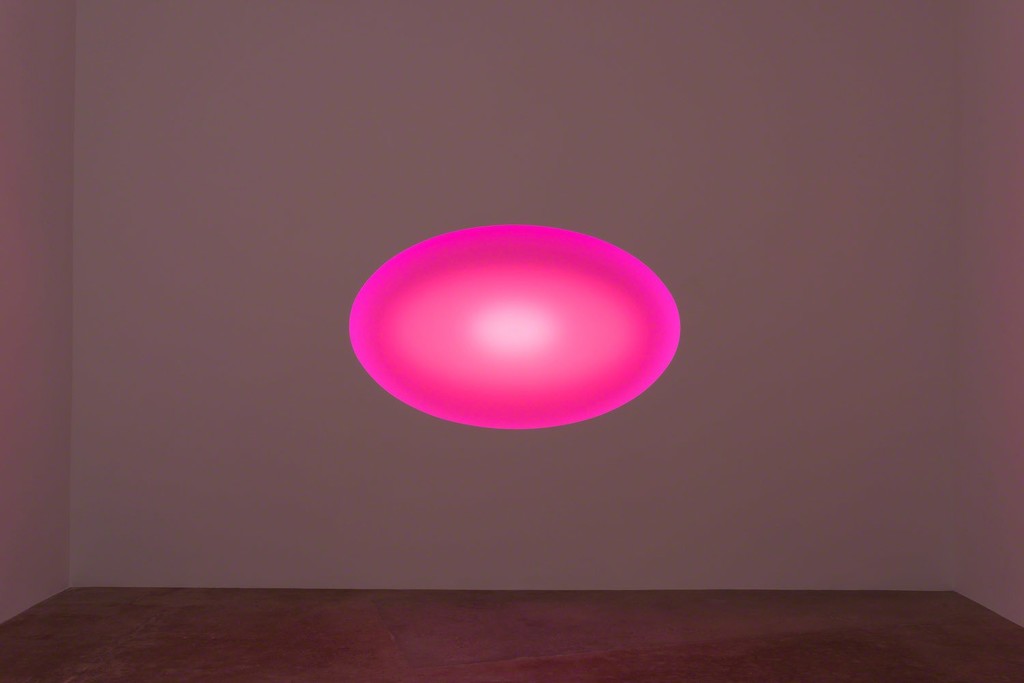 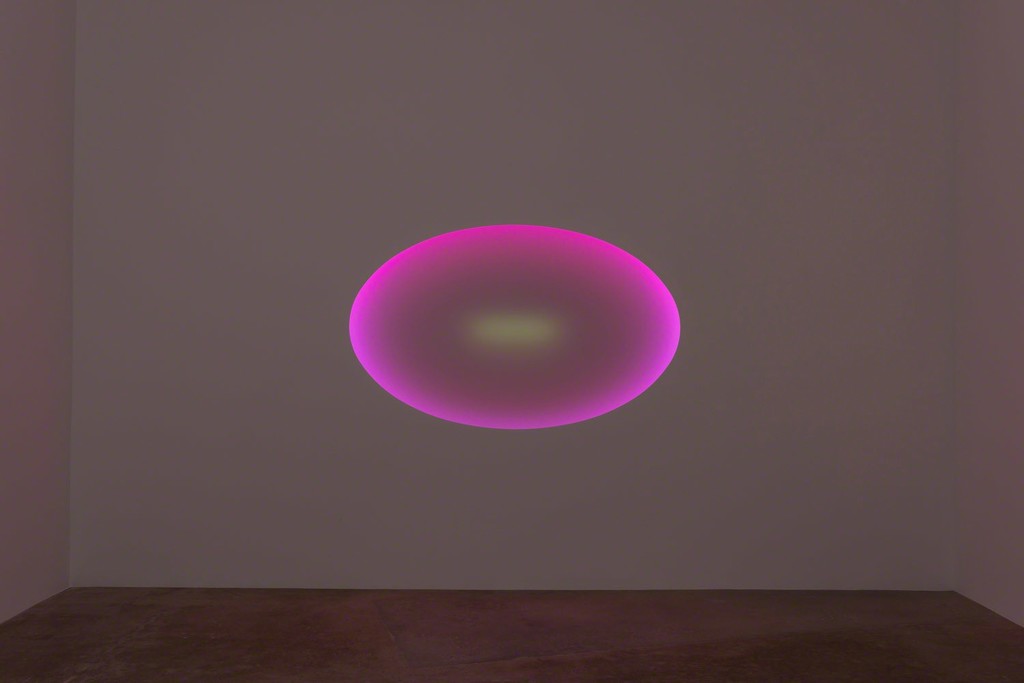 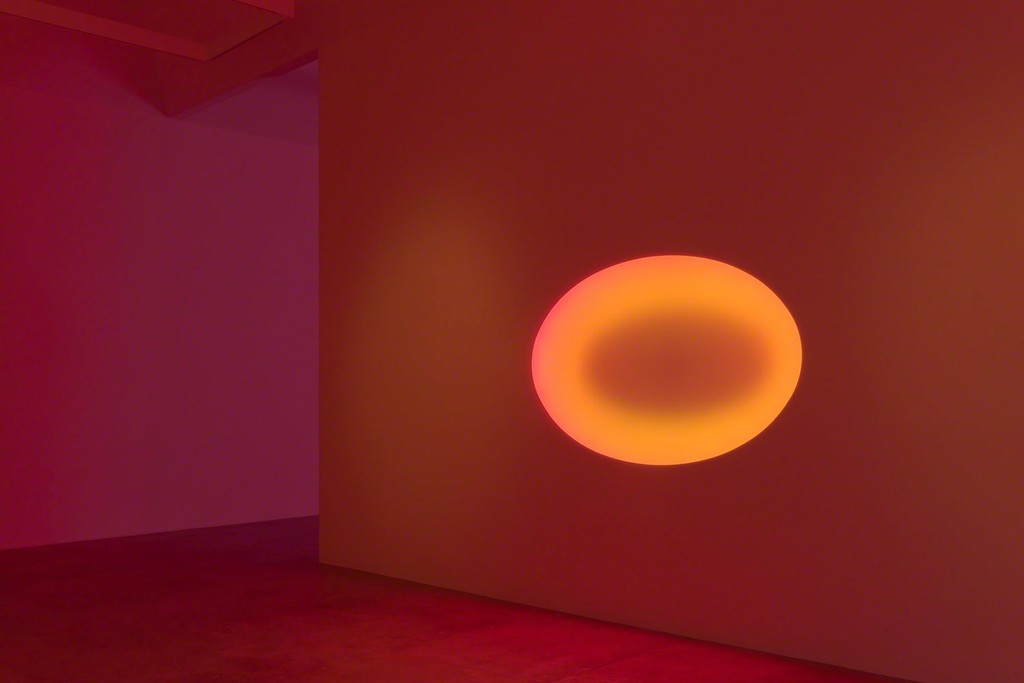 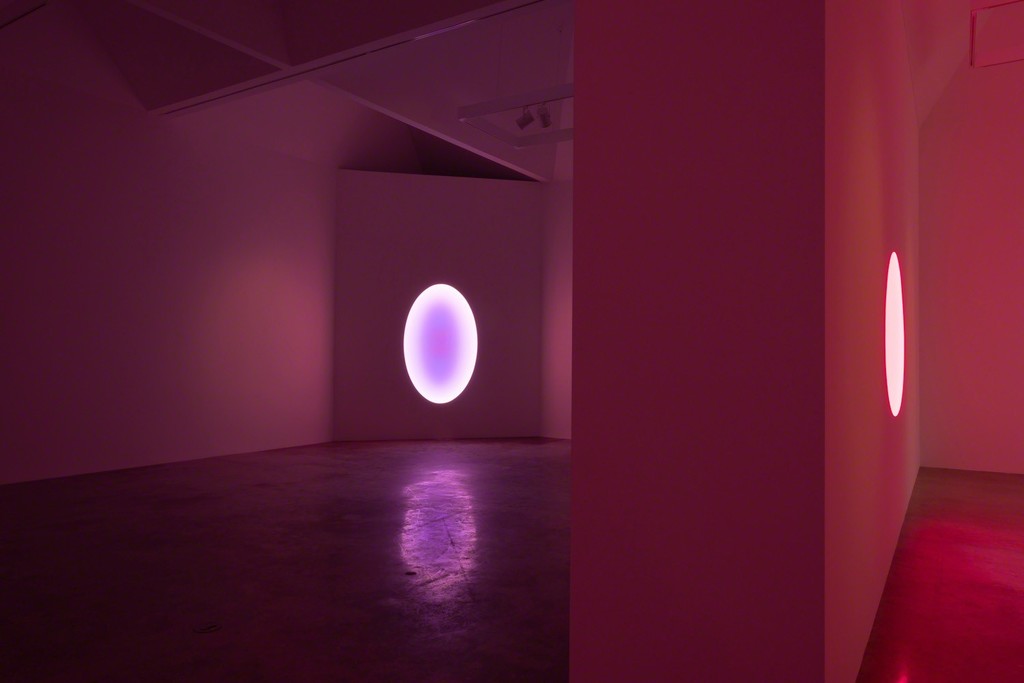 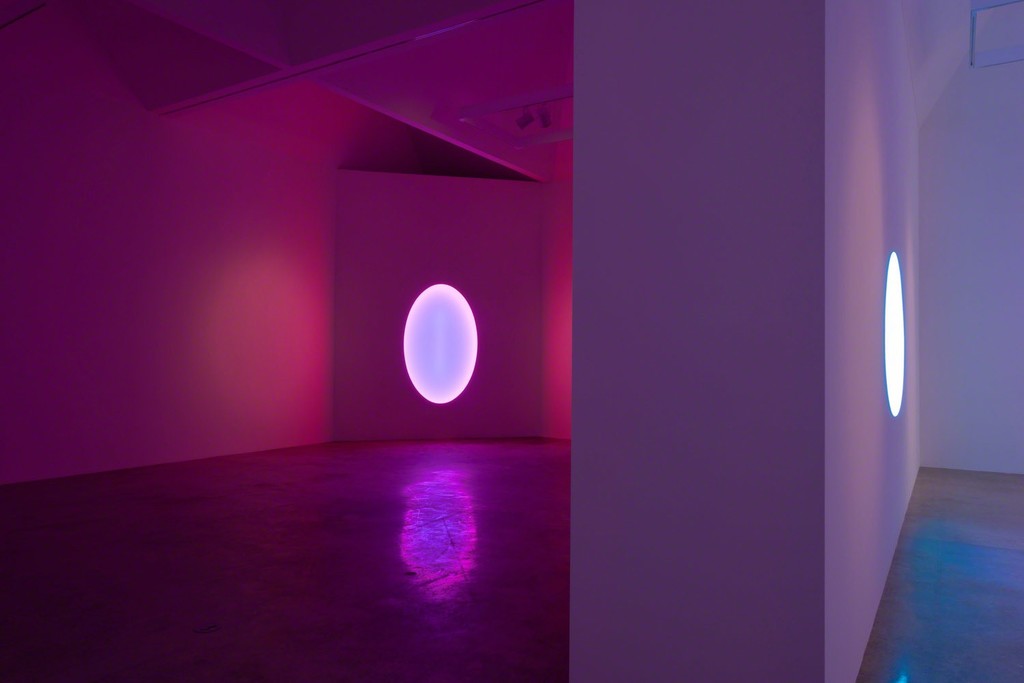 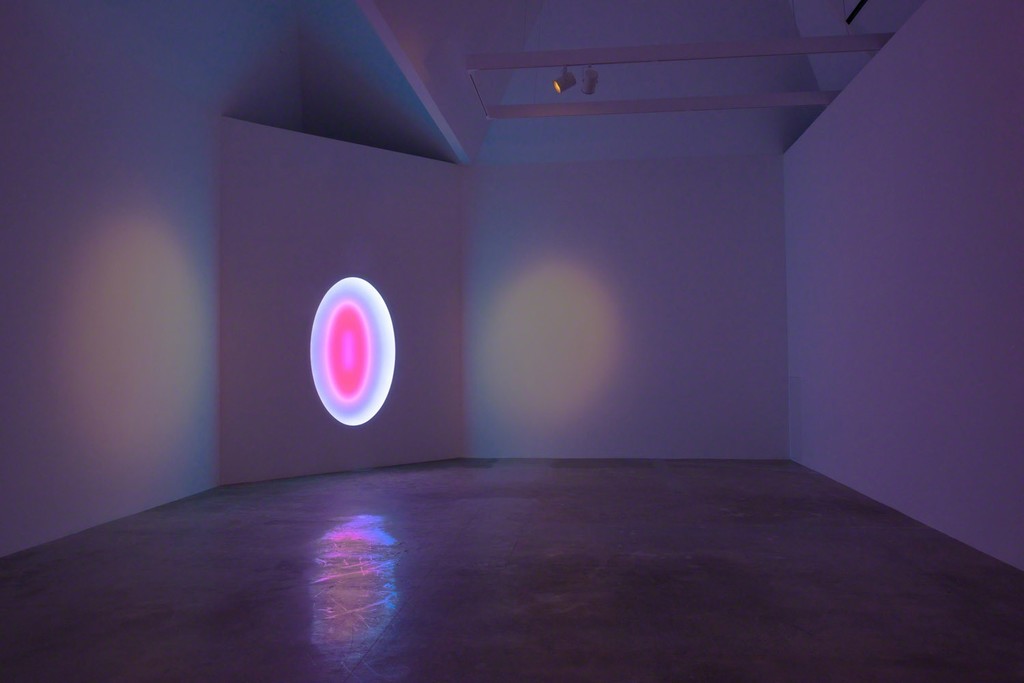 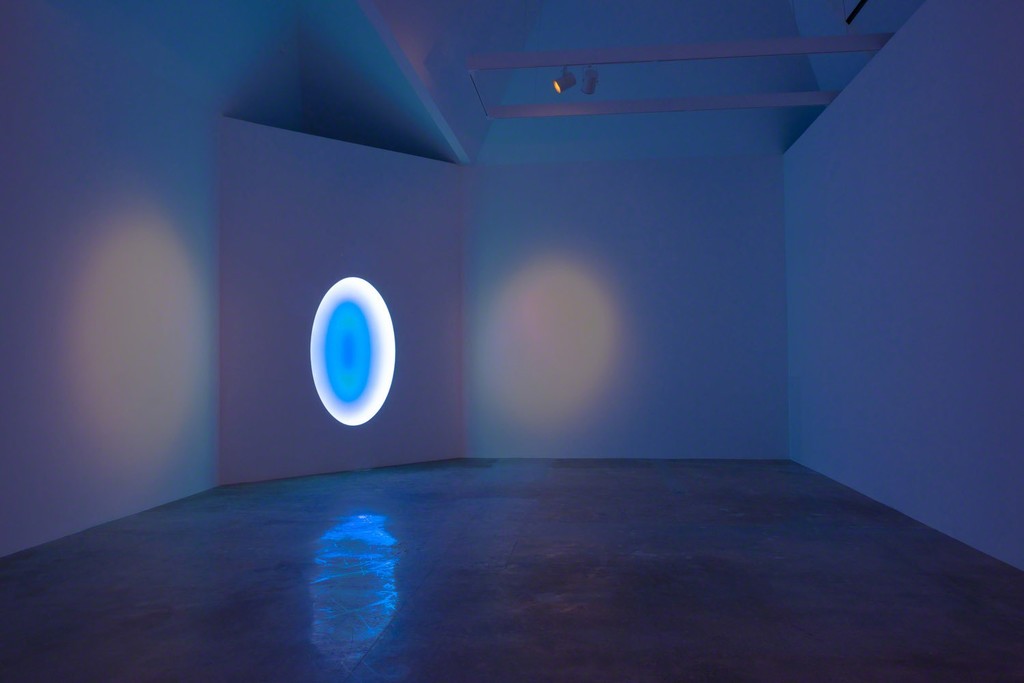 Kayne Griffin Corcoran is pleased to announce an exhibition of new work by James Turrell, his fifth with the gallery over the last decade. The exhibition will include three major, large-scale Elliptical Glass works as well as a selection of unique graphic works taken from Aten Reign, the large work created for the atrium of the Solomon R. Guggenheim Museum in 2013.

The Elliptical Glass series developed out of Turrell’s larger group of Tall Glass works, begun in 2006, was significant in its introduction of a temporal element. Over a two-and-a-half-hour time period the unique composition sweeps through thousands of different color themes. Across the Elliptical Glass’s plane light gently diffuses to make the shallow space indeterminable to the eye. Vivid combinations of colors seep into and against each other as they slowly shift over time, this change moving so softly as to be at first barely perceptible to the eye.

Turrell elected to work within an elliptical framework, reflecting, “Nature loves the ellipse.” The harmony and symmetry of the form also mimic the binocular field of vision of the human eye. The Elliptical Glass works draw distinct color palettes combined with studied fluctuations of light and dark hues. This wall-cavity filled with color advances the lineage of abstract art, particularly calling to mind Mark Rothko’s Color Field paintings or Ad Reinhardt’s black paintings, which for Turrell “brought color out of darkness.” In implicating the viewer in the temporal experience of color within the physical and perceptual experience, Turrell turns light to a powerful substance.

The unique prints shown in the South Gallery were created as a form of documentation of the artist’s major installation, Aten Reign, at the Guggenheim in 2013. The installation has been described by the museum as “one of the most dramatic transformations of the museum ever conceived.” The unique prints capture each developmental stage of light projected in the museum’s distinctive curved architecture.

Turrell believes human perception to be his true medium; in his words, “My art is about your seeing.” His investigation into this field has extended well beyond the walls of the world’s foremost galleries and museums. Since 1972 Turrell has been transforming Roden Crater, a volcanic cinder cone located in northern Arizona, into a monumental work of art. Like the naked eye observatories of civilizations past, Roden Crater is built to reveal and enhance celestial phenomena. The completed and planned construction includes a linked complex of interior and exterior spaces that hold the direct and reflected light of the sun, moon, and stars in such a way as to heighten perception and increase attentiveness to the connection between interior and exterior worlds; the individual and the infinite.

In 2013, Kayne Griffin Corcoran opened its new gallery with major permanent elements conceived by Turrell, including a Skyspace, illumination of the skylights of the main galleries, and the courtyard environment.

Turrell was born in 1943 in Los Angeles. Since his first solo exhibitions at the Pasadena Art Museum in 1967, the Stedelijk in 1976, and the Whitney Museum in 1980, Turrell has been the subject of over 140 solo exhibitions worldwide. In 2013, a jointly planned trio of large-scale exhibitions of Turrell’s work opened at the Los Angeles County Museum of Art, the Museum of Fine Arts, Houston and the Solomon R. Guggenheim Museum in New York. He has received numerous awards in the arts, including The John D. and Catherine T. MacArthur Foundation Fellowship in 1984. On November 7, 2015, Turrell will be honored at the Los Angeles County Museum of Art’s Art+Film Gala.