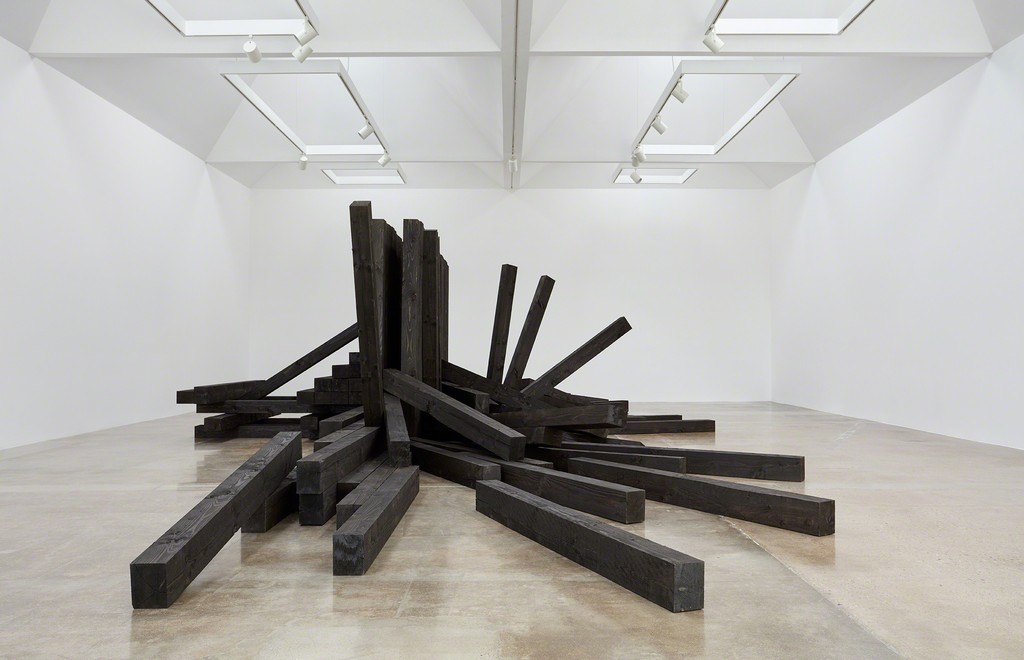 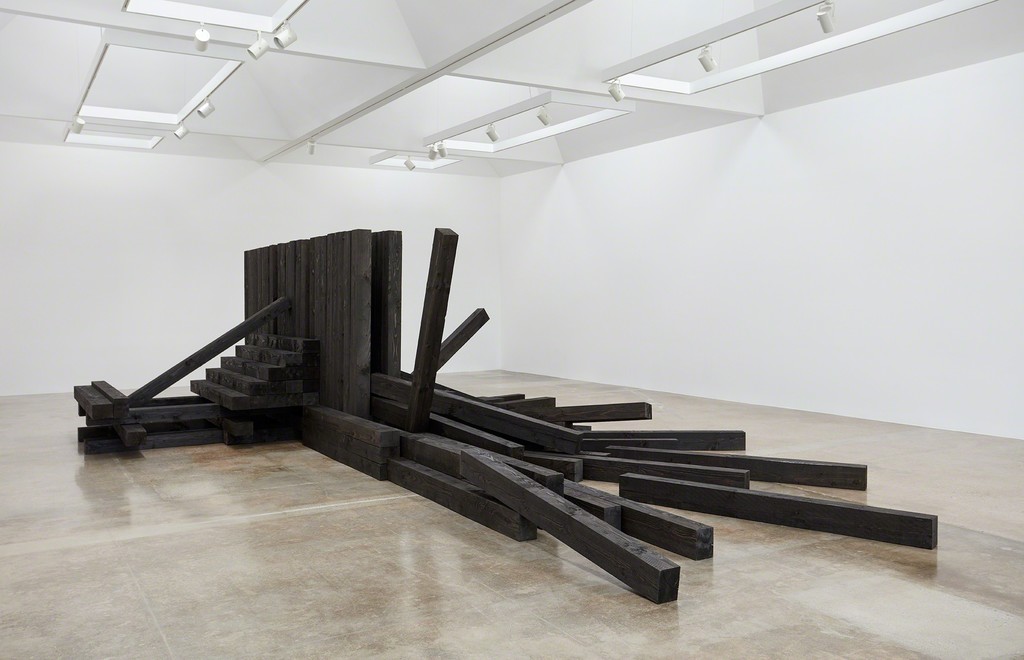 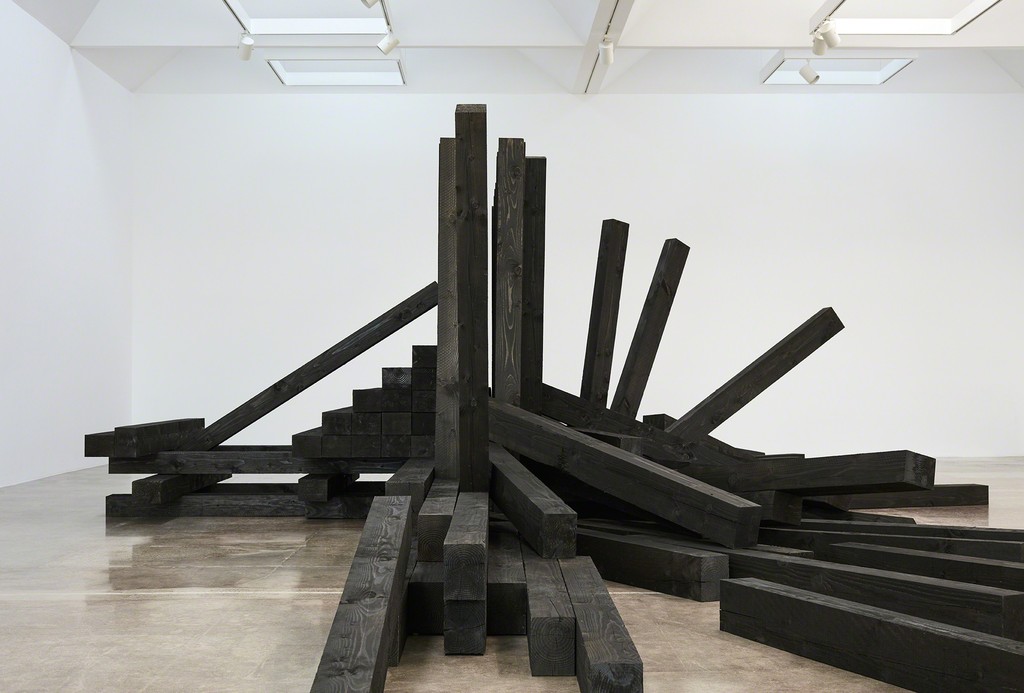 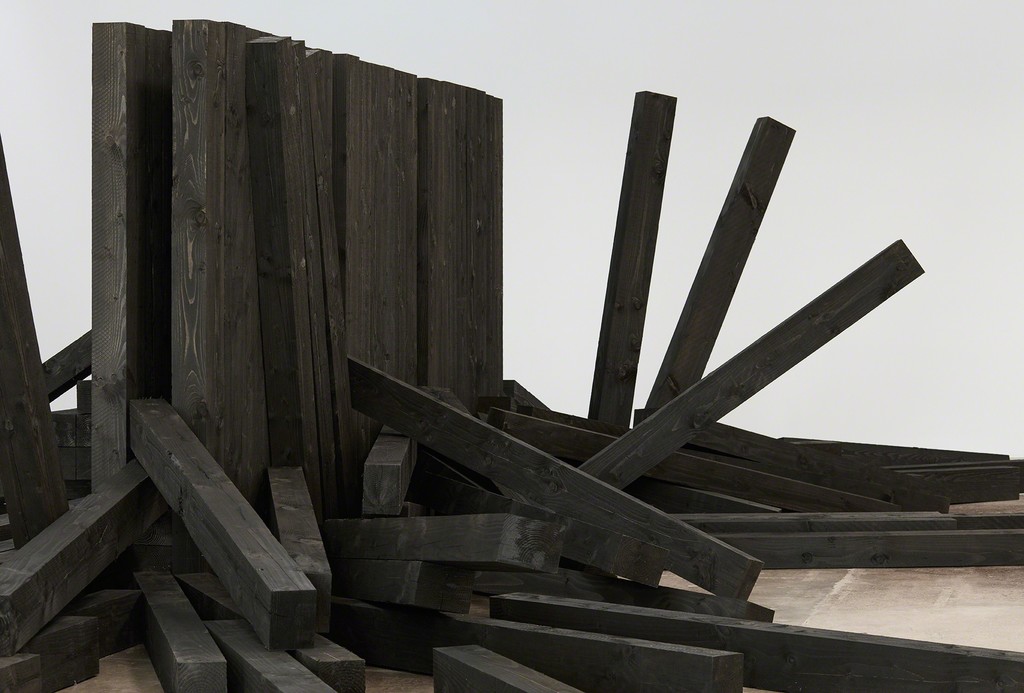 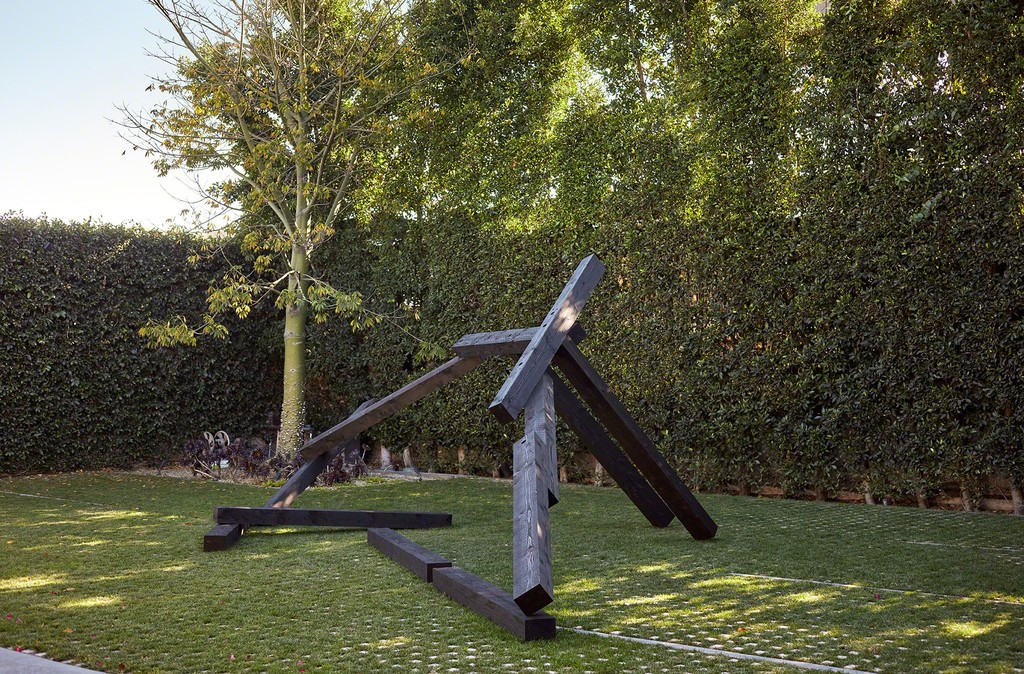 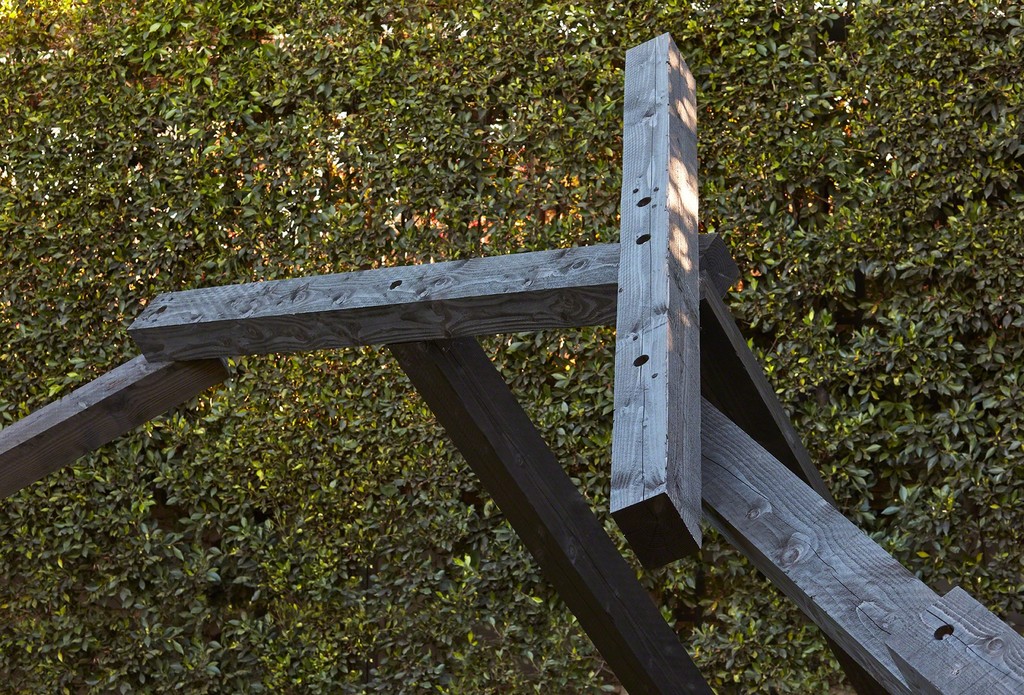 Kayne Griffin Corcoran is pleased to present the first solo exhibition in Los Angeles and with the gallery by Noboru Takayama. For his exhibition, the artist will construct two monumental sculptures from his signature material, railroad ties. The sculptures will be both indoors and within the galleries outdoor courtyard space.

Noboru Takayama is an artist who creates works that appropriate materials of firm substantiality including old and worn-out railway sleepers, iron, and wax. The single recurrent medium in Takayama’s practice is railroad ties, which he has used since 1968. During his second year of college, he traveled to Hokkaido, visiting coal mines and spending several days with miners. Takayama discovered the potential of railroad ties, significant not only as an underground support structure for tunnels, but as “human pillars” similar in size and weight. The artist began producing such work as a tribute to the countless lives lost amidst the establishment of Japan’s railway during the history of its invasion of Asia, in rail operations through coalmine tunnels, and in the nation’s drive towards modernization. They are the requiems for the sacrificial human pillars of Japanese modernization.

For his first solo exhibition at Tsubaki Kindai Gallery in 1969, he propped three railroad ties against a gallery wall alongside others stacked along the floor, exploring tensions between the supports. In early December 1970, Enokura Kōji, Habu Makoto, Fujii Hiroshi and Noboru Takayama organized, Space Totsuka, an experimental outdoor group exhibition. All took part in plowing and digging the land, installing their works in relation to the ground site. The conflation of death and landscape was reflected in Takayama’s titles, Drama Underground Zoo referring to the underground world where the dead rest.

The work constructs a space that closely connects the object and memory. Although Takayama is often considered to be an artist belonging to the Mono-ha due to railroad ties being the material of choice within his works, his activities had attempted to explore a different subject as dealt with in the concerns of the Mono-ha. As opposed to Mono-ha artists whom had presented the space or circumstance in which an ‘object’ exists through the displaying of untreated ‘objects,’ Takayama had created works that focused on a specific material and the relationship between the history and memory that is engraved within it.