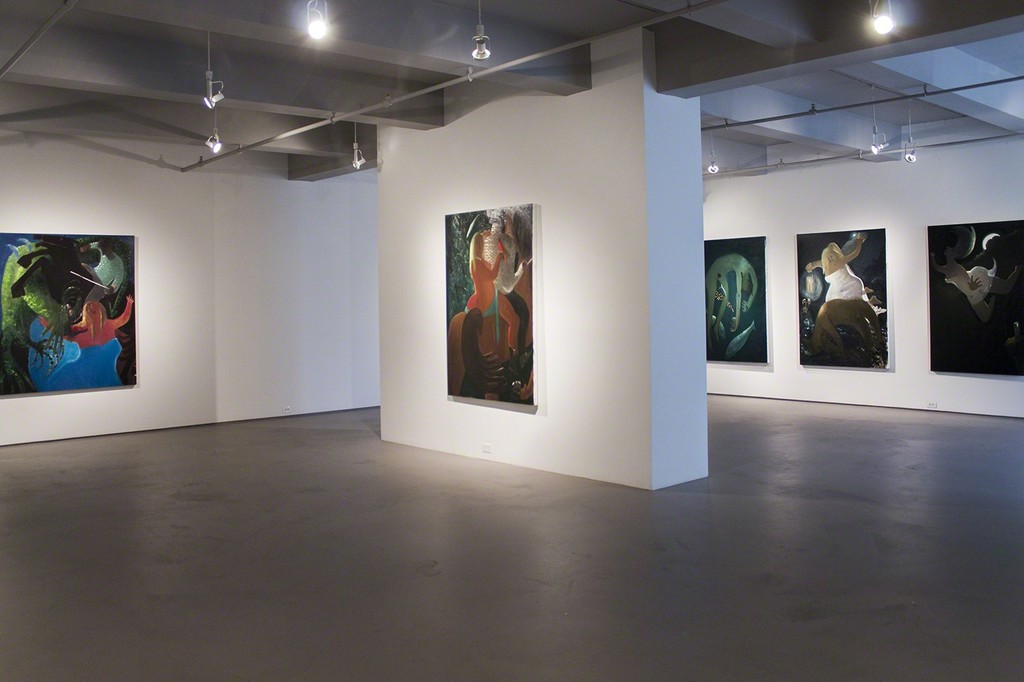 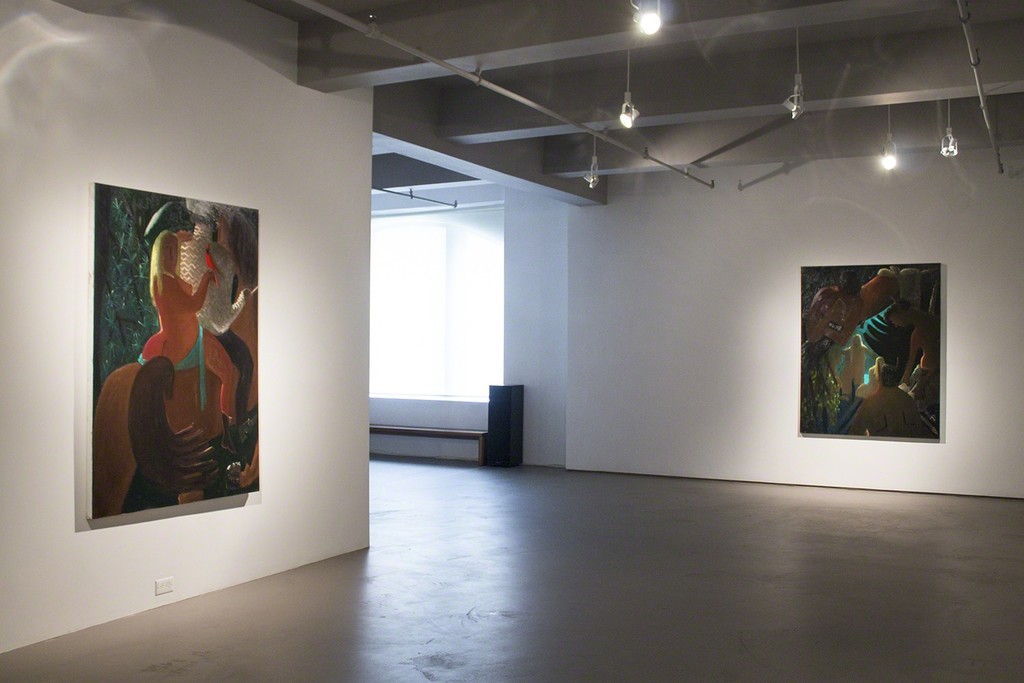 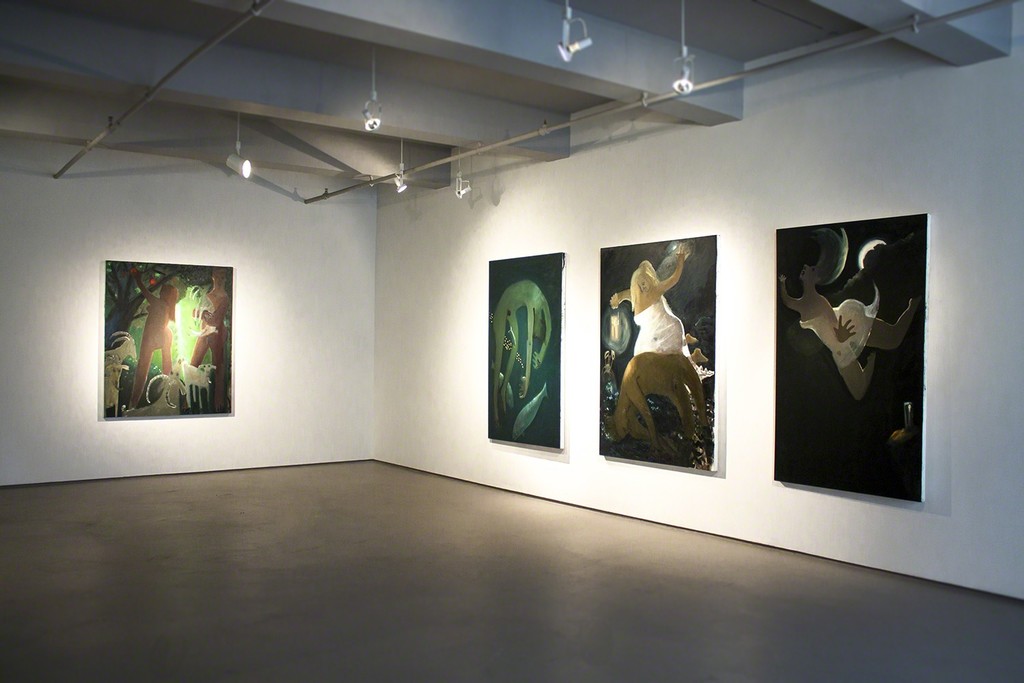 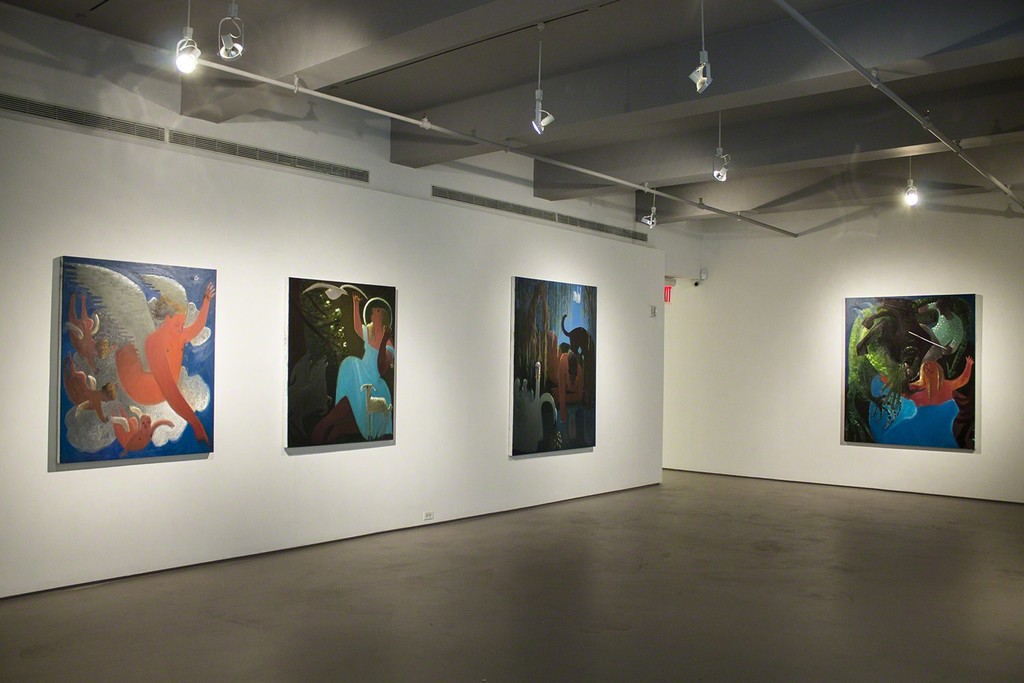 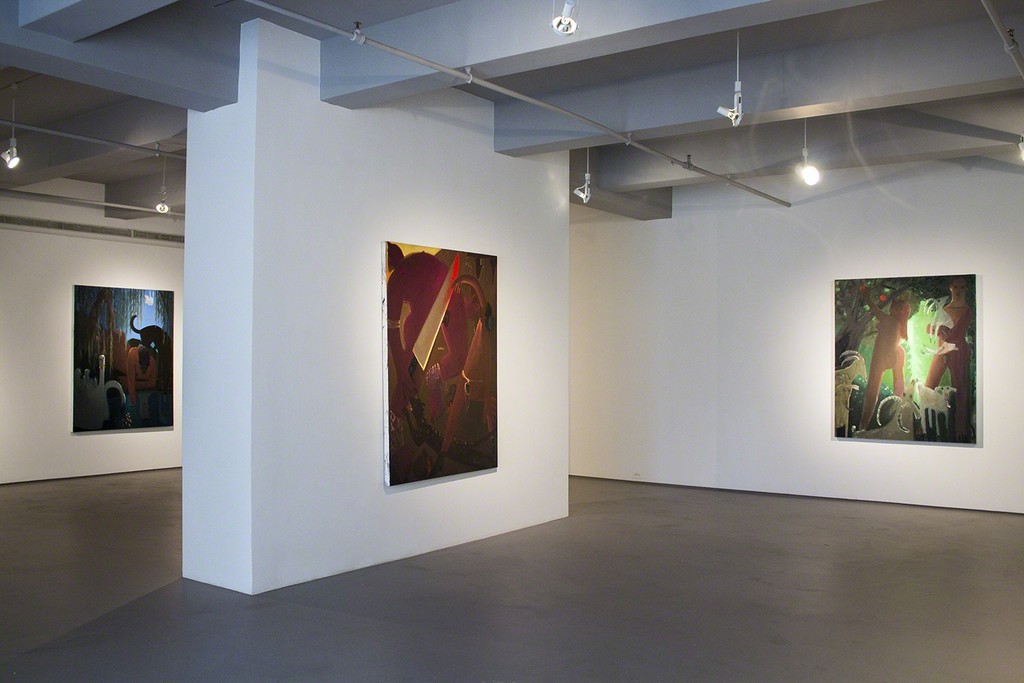 Opening our season at Kent Fine Art, we are pleased to present a new series of paintings by the Brooklyn-based artist, Kyle Staver. These new large-scale paintings are a continuation of Staver’s fascination with human relationships, dramatic compositions, narratives of light, and continual dialogues with her painting predecessors and contemporary influences. Accompanying her paintings featured in the larger gallery will be a selection of drawings and terracotta studies that precede her application of paint to the canvas.

Following a long line of painters seduced by the inclusion of the figure within the trope of abstraction, Kyle Staver delivers work bridging domestic encounters, mythological parallels with the brushwork bravado of painterly passages. Early encouragement came from Lester Johnson while Staver was at Yale, which led to a great fascination with painters from the fifties including David Park, Elmer Bischoff and Louis Eilshemius, to most recently the resurgence of Philip Guston. These intimate portraits between lovers and friends coexist with a deeper curiosity of the mythological figures we have come to know through the centuries from painters including Rubens to Picasso. Staver debates within a community of painters in Brooklyn that believe in the metaphorical possibilities of paint:

“Painting is transformation. It’s like the alchemy of something. I remember being an art student and making light for the first time. It felt like light was actually coming from the painting. How would you ever give that up after once discovering it?” — Interview with Maria Doubrovskaia, “Kyle Staver on Myth, Irony and Being a Painter,” Project Inkblot, 2013

Originally from Minnesota, Kyle Staver settled in Brooklyn following graduate studies at Yale University. She is the recent recipient of a Guggenheim Memorial Foundation Fellowship (2015) and the American Academy of Arts and Letters Purchase Prize (2015). Staver was also recognized as a distinguished member of the National Academy of New York. Her work has been exhibited in Pennsylvania College of Art & Design, the American Academy of Arts & Letters, the National Academy, Fordham University, and Haverford College. Staver received her BFA from Minneapolis College of Art and Design and a decade later she received her MFA in Painting from Yale University’s College of Art. Staver’s work recently was featured at Tibor de Nagy, and Steven Harvey Fine Art, New York.

For a preview and images of the exhibition please contact Douglas Walla or Katrina Neumann via [email protected].

Gallery hours are Tuesdays thru Saturdays, from 10 to 6.