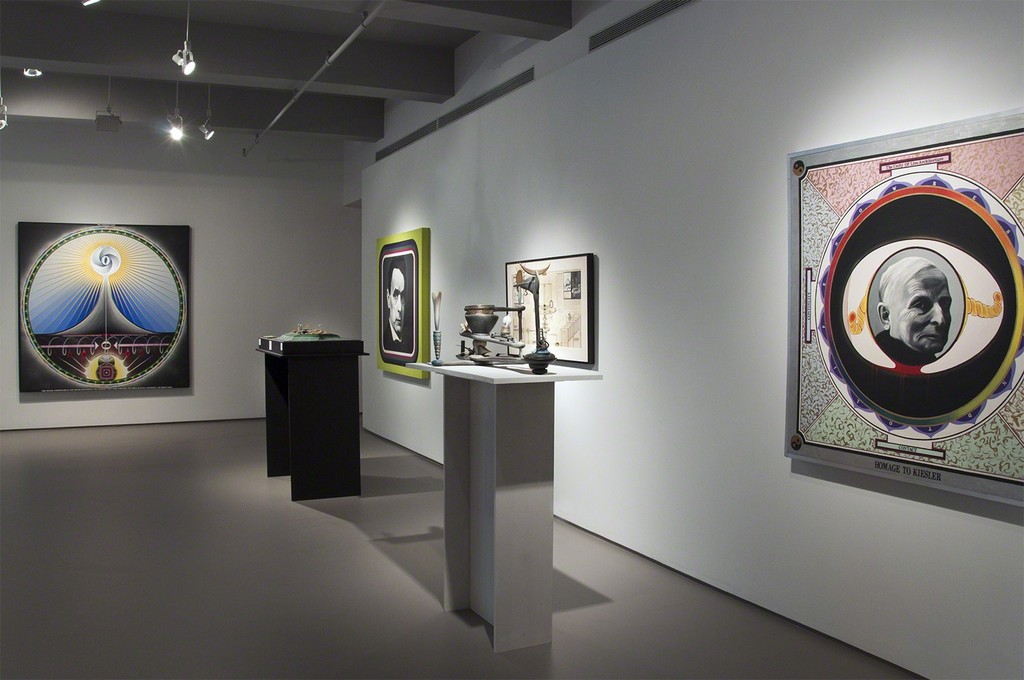 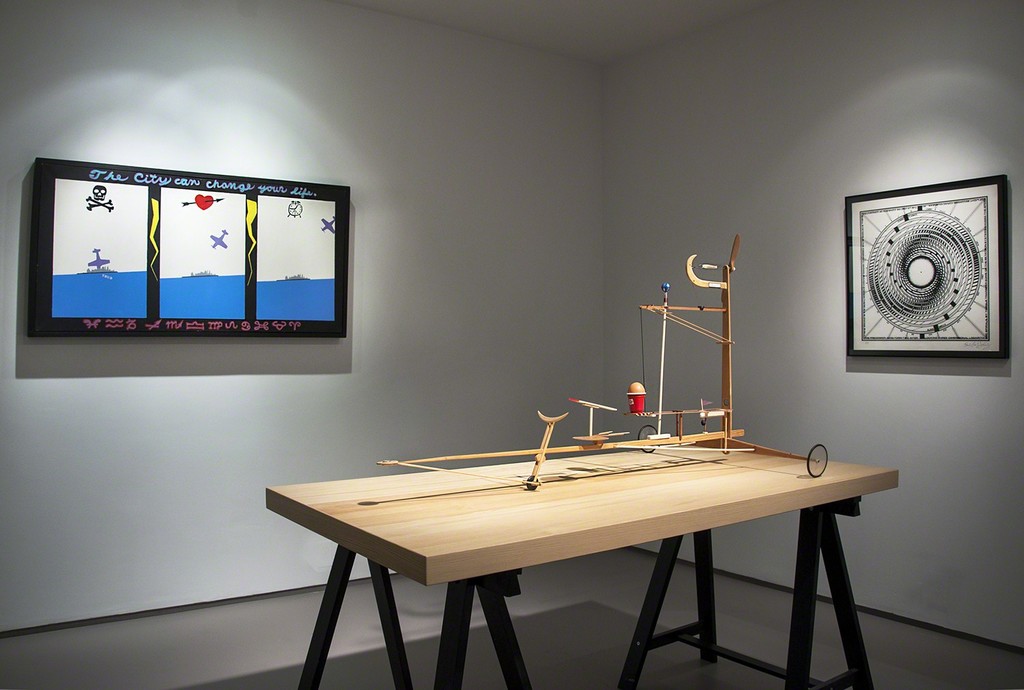 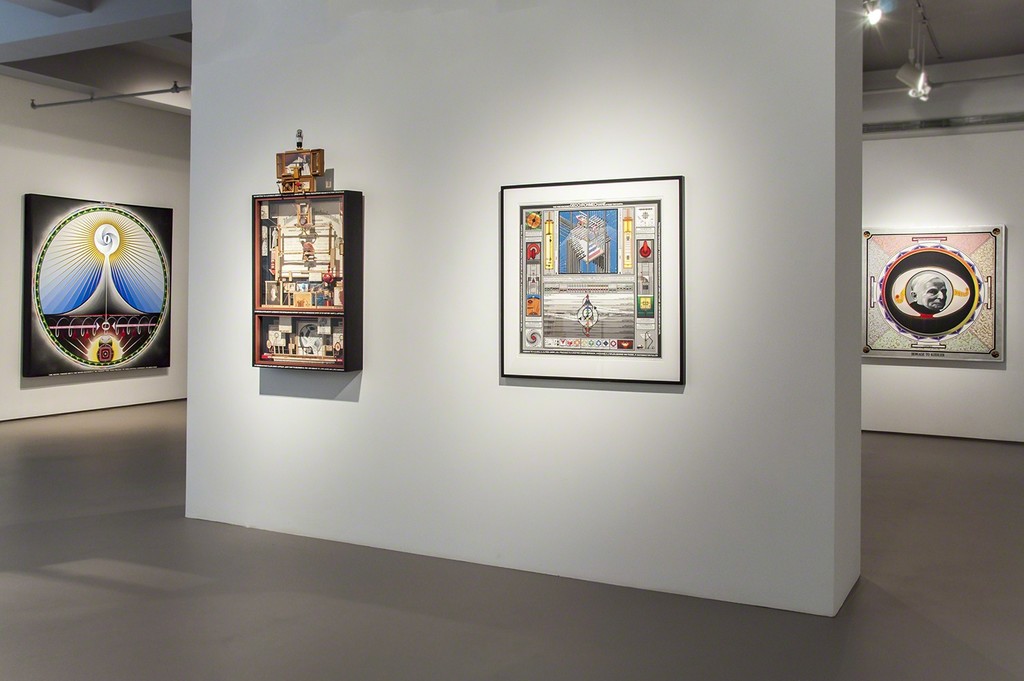 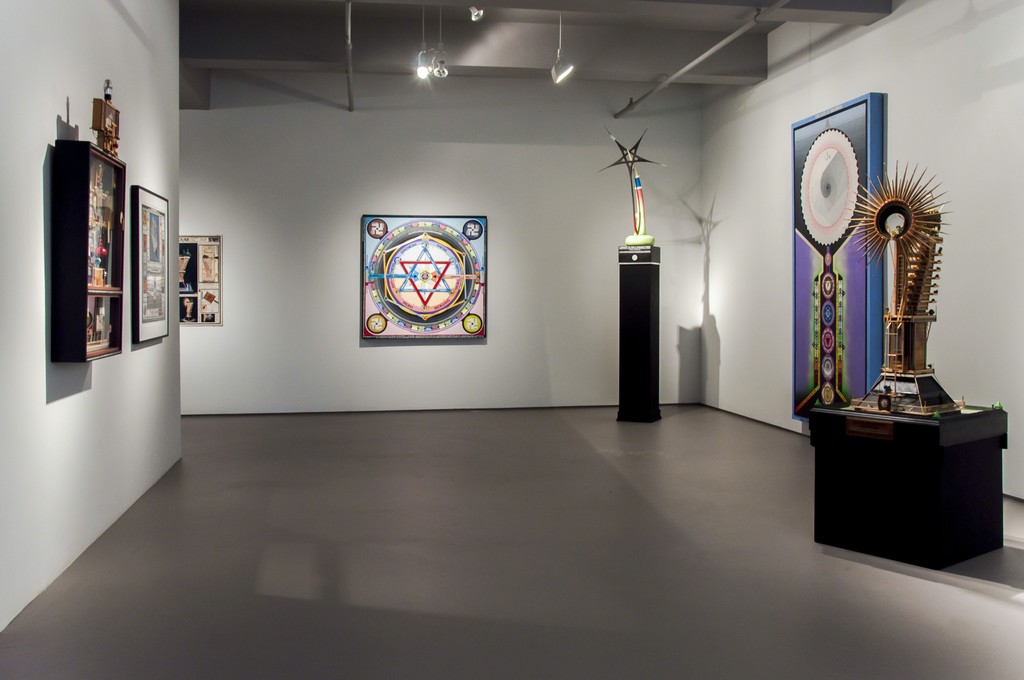 This survey of the visionary works by Paul Laffoley will include, for the first time, models of utopian speculations related to the architectural problems that we currently face. The show begins with perhaps his most puzzling incidence of genuine predictive powers as evidenced by the painting The City Can Change Your Life, 1962, to the current cycle of works related to the Guggenheim Fellowship (2009) project entitled Building the Bauharoque.

“I have been more interested in the nature of Utopian Space in terms of how to describe it and how to create it. In this regard, I feel that I harken back to reconsider the intentions and agenda of The Bauhaus, The Constructivists, The Deutscher Werkbund, etc., from the early part of this century. In doing so, it is with the belief that I am helping in some way to keep alive the “flame” of these Modernists (almost extinguished by the ‘Post-Modernists’), a flame if properly tended could burst into the ‘Fire of the Future’ which could light our way until the golden dawn of The Bauharoque.” -PL (1992)

Following a formal education from Brown (1962) in the classics, and architectural studies at Harvard (1963), Laffoley would begin to assimilate and systematically cross-pollinate his various strands of intellectual inquiry. In search for expanded opportunities, Laffoley came to New York to work with the visionary Frederick Kiesler, and was further recruited for viewing late night TV for Andy Warhol in exchange for a place to sleep. By the mid sixties, Laffoley began to experiment with the inclusion of written texts layered over mandala like compositions inspired by Andy Warhol’s late night television programming between 1 and 5 a.m., as well as his growing interest in eastern mysticism. By 1971, Laffoley’s inclusion of text, whether specific in language or scientific notation, required the viewer to observe as well as read the works. The Boston Visionary Cell (1971) is a crucial facet in understanding Laffoley’s work and method. As stated in its founding charter, it was created “to develop and advance visionary art”:

“My personal mission as an artist has always been to explore Utopic Space in terms of both sensibility and it’s ontic status. I have developed this task by means of symbols, perhaps the only way an individual can approach such a project.” -PL (1971)

Laffoley’s endeavors evoke freedom from the limitations of time and space, which imprison our curiosity about the infinite possibilities beyond the radius of our sight and orientation. At times, his oscillations between the sublime and grotesque approach a metaphysical intensity.