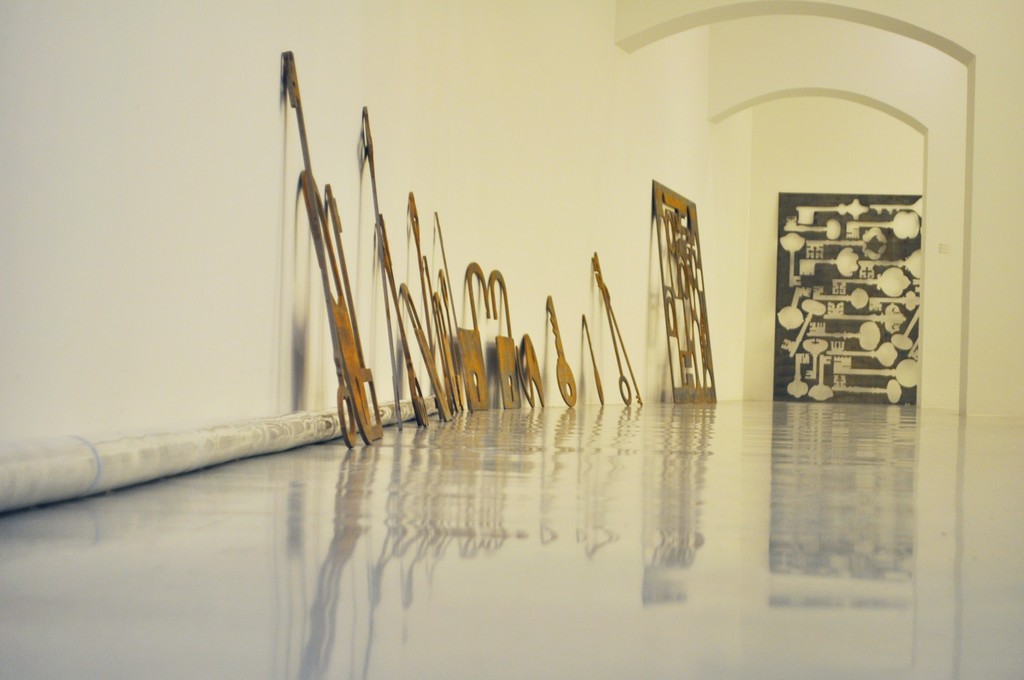 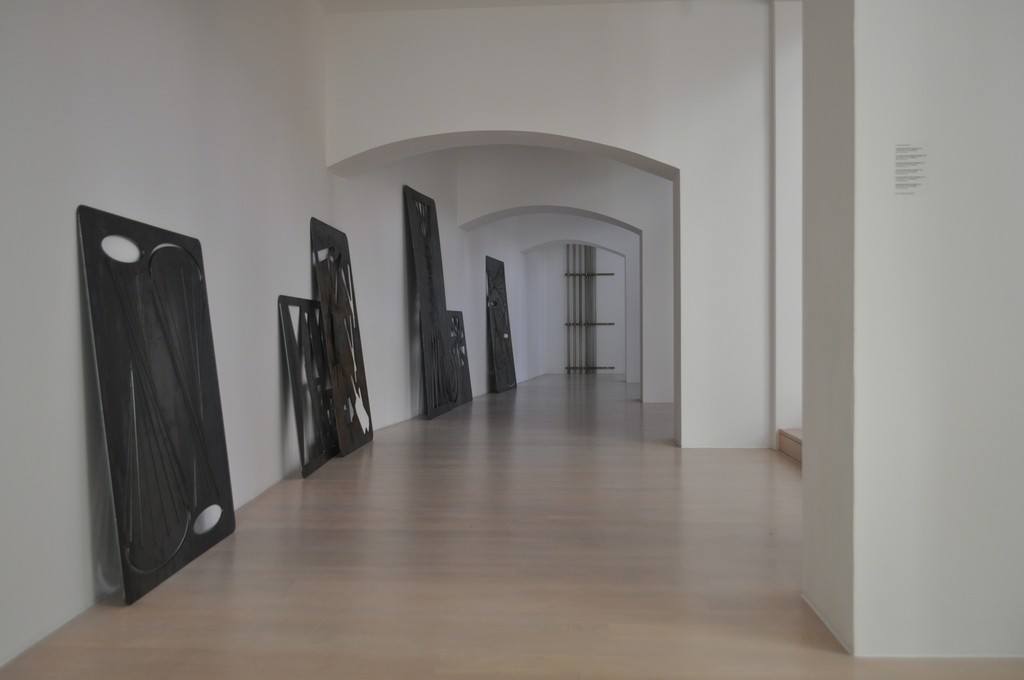 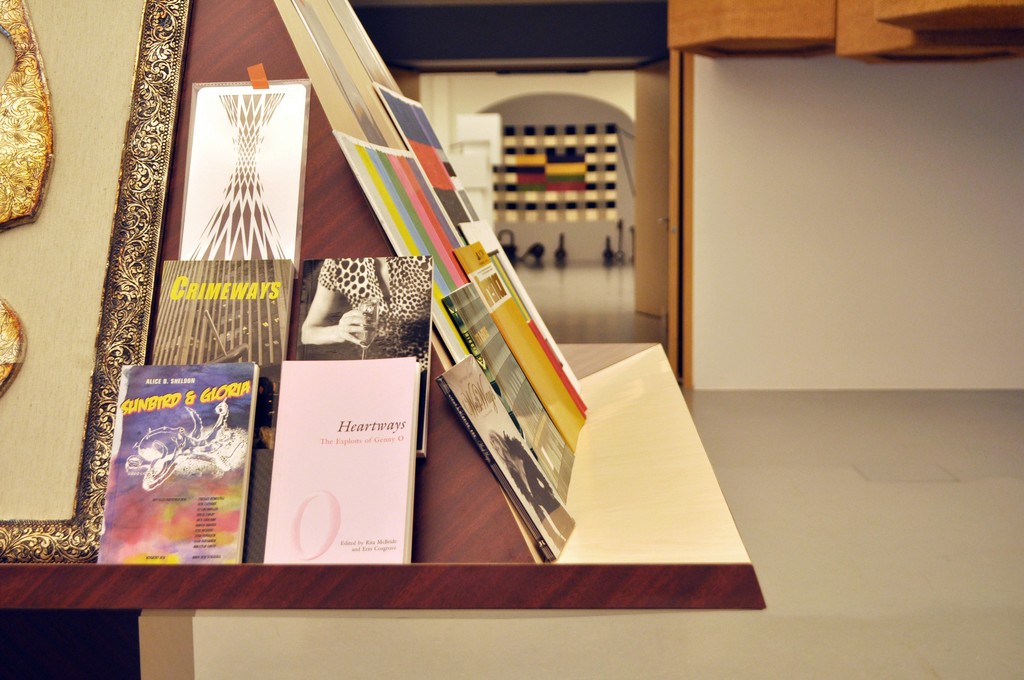 With the concentrated solo exhibition »gesellschaft« (society), the kestnergesellschaft presents the first retrospective of the American artist Rita McBride in Germany from 17 October 2015 to 10 January 2016, which offers an overview of her work from the past two decades. The exhibition marks the curatorial debut of director Christina Végh in Hanover and spans the entire exhibition space at the kestnergesellschaft. The large-scale sculptures and installations from 1997 to 2015 illustrate Rita McBride’s complex artistic practice. Known as a sculptor, her focus is not on honing a specific artistic signature; instead, she is fascinated with the possibility of continually creating new networks of reference with which vaguely experienced concepts such as the »public« and »society« are made visible and can be questioned. With the exhibition title »gesellschaft«, the artist turns her attention to the kestnergesellschaft – which will celebrate its centennial in 2016 – and the involvement of its members in civil society.
Rita McBride’s work is simultaneously rooted in the tradition of Minimal Art and Institutional critique. Everyday things from the urban space – control systems such as ventilation shafts and electrical boxes that we collectively overlook, but that nonetheless shape our collective social life – often form the point of departure for her works. In her artistic practice, McBride is interested in the fundamental structures and systems on which society is based, which imperceptibly govern us and make movement and action possible. Her approach to her work, which has also included literature and performance since the early 1980s, makes her particularly interesting to a younger generation of artists today. McBride (*1960 in Des Moines, Iowa), has worked as a professor of sculpture at the Kunstakademie Düsseldorf since 2003 and as rector of the academy since 2013. Her works have been shown in solo exhibitions at the Vienna Secession (2000), the Museum Abteiberg in Mönchengladbach (2008), and the Museum of Contemporary Art San Diego (2014), among others.
The enormous work »Arena« (1997), which takes up the entire cupola hall of the kestnergesellschaft, occupies a central position in the exhibition. The modular system consisting of complex layers of plywood and Kevlar is simultaneously a sculpture and a meeting place, and can accommodate some sixty people. Since its creation, »Arena« has hosted more than 100 artists, musicians, curators, and politicians.

In Hanover Rita McBride will initiate a series of events in »Arena« which will serve as a platform for different individuals from the kestnergesellschaft and beyond. In this way, she examines how participation in civil society is formulated and takes shape through the example of the kestnergesellschaft. Furthermore, the members of the kestnergesellschaft are invited to take over »Arena« in a series of »blind date« events and to use it as a place for gatherings and performances. In this way, during the exhibition an »alternative portrait« of the kestnergesellschaft will be created. »Arena«, which was originally conceived for Witte de With (Rotterdam), has since accumulated an illustrious and international exhibition history, including the Kunstverein München, the Tate Modern (London), the Museo Tamayo (Mexico City), the Total Museum of Contemporary Art (Seoul), the Moderna Museet (Stockholm), and the Museum of Contemporary Art San Diego.

Extra
With the beginning of the exhibition »rita mcbride | gesellschaft«, Christina Végh will present a new public outreach project at the kestnergesellschaft called »Extra«. Each exhibiting artist will leave behind an object that was important for the genesis of their respective work or exhibition. This »Extra« can be anything except another artwork. It will provide an additional, playful insight into the exhibition and will be integrated into the learning programs and accompanying events at the kestnergesellschaft. The artist Rita McBride will leave behind a slideshow on the cultural history of the key, which ties in with her most recent series of different »Keys« (2015).