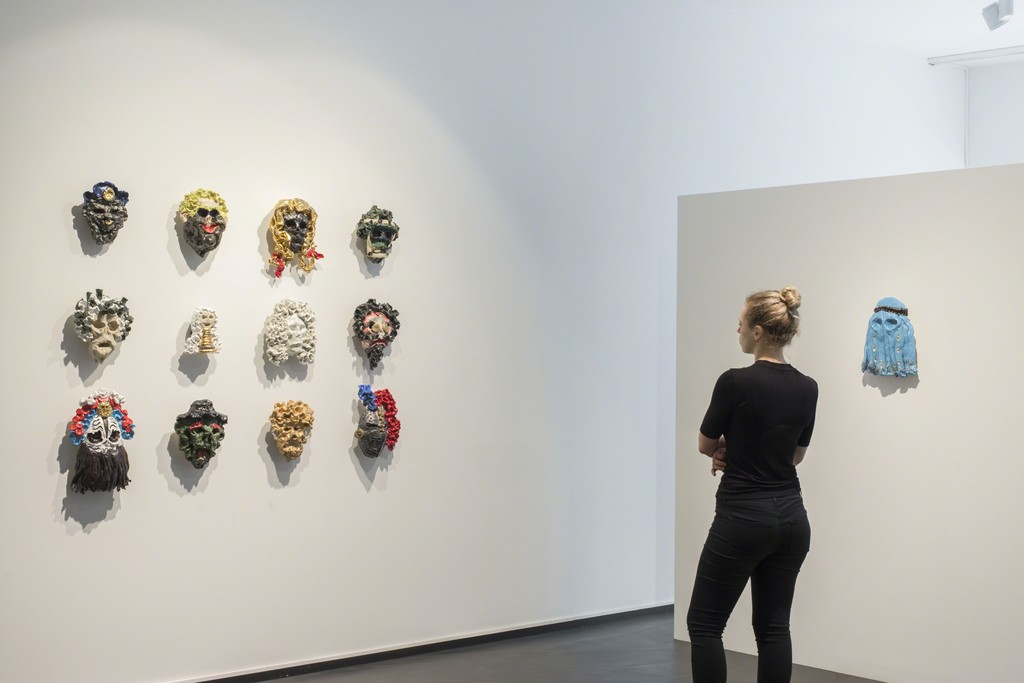 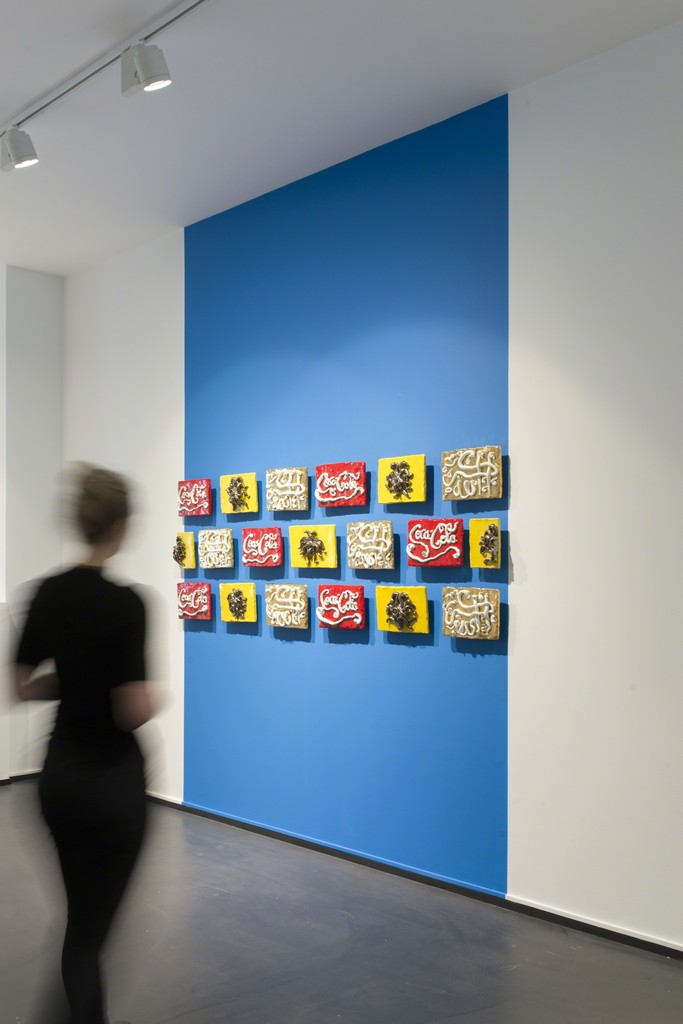 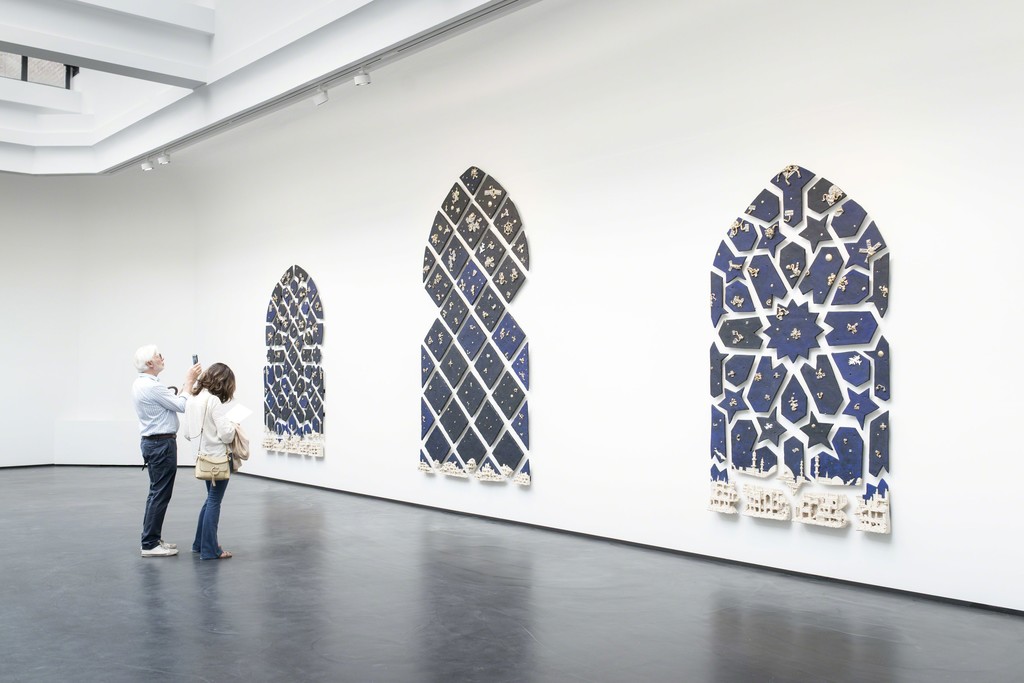 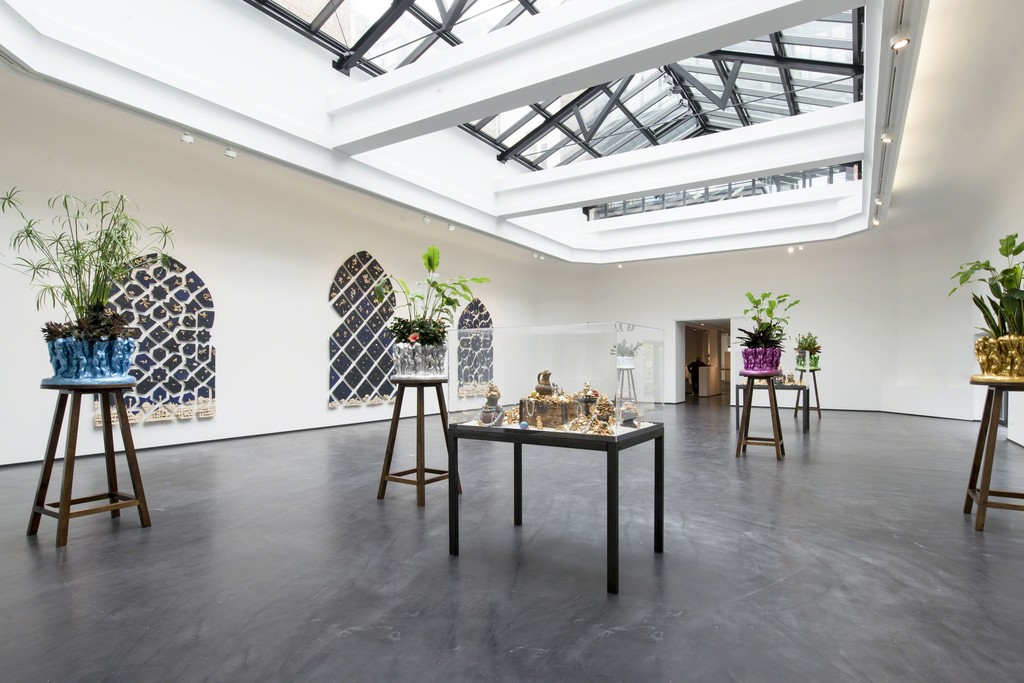 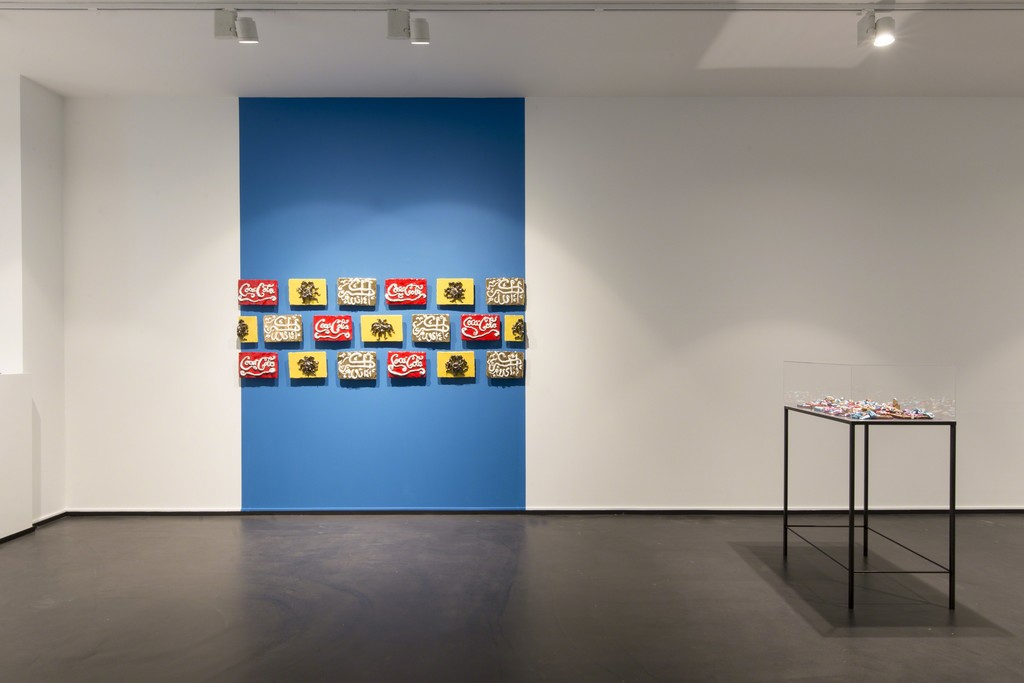 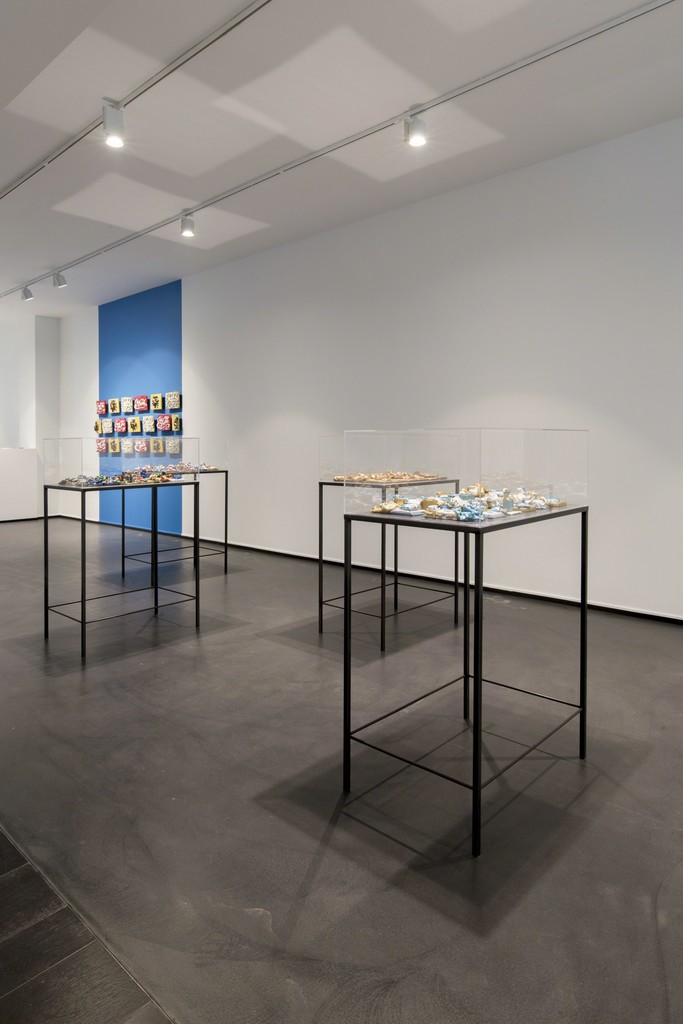 KETELEER GALLERY is very pleased to present Arabian Nights, Koen Theys’ second solo exhibition at our gallery. The artist created a new series of ceramic sculptures and will, in addition, show the original models for the Diasporalia exhibition. The Arabian Nights exhibition reaffirms the artist’s versatility who, through his career, has continuously employed very diverse media.
FIRST ROOM
The exhibition opens with the work entitled The Mining of The Natural Resources, of which 3 versions are shown here. It shows a richly scene of a treasure chest, laden with gold pieces, diamonds and jewellery, all completely made from ceramics. The composition portrays the fantasy of wealth, very opulent pieces made from the mud of the earth, ceramics. This juxtaposition of what is shown and the materials that were used to make it, is a contradiction which can also be found in the Diasporalia work: a bronze installation of 12 beds in the Cathedral of Antwerp, made on the occasion of Antwerp Baroque 2018. It shows a dire situation of refugee-beds made out of bronze and painted in colors that symbolize wealth and power. In the gallery exhibition 6 models for this work are shown, 6 colour studies that led up to the definitive choice. The initial gold-colored model is also shown, fantasized compositions that evolved into the final project.
Background Vocals shows what appears to be a sponsored banner on a bright blue background. This ceramic piece consists of 18 tiles alternately repeating 3 topics that influence people consciously but most of all subconsciously through popular media and all sorts of other forms of communication. Religion, capitalism and nationalism have a daily hold on us and have therefore the ability to influence our behavior and/or our thinking.
The Wall of Man, 12 different ceramic faces plus one that’s hung separately, is about the forming of groups and how some can be left behind. The idea of groups and masses is a reoccurring theme in Koen Theys’ oeuvre, more precisely, how we mirror our identity to a group and how this can influence our behavior. During the exhibition, another ‘face’ will be isolated from the group daily.
SECOND ROOM
The 3 wall-mounted Arabian Nights sculptures are an impressive representation of a no longer typically magical Arabian city. The ruins at the base and the starry sky above which was replaced by a satellite and airplane studded sky, represent a culturally updated view of the Arabic city. The ceramic work is cut up in the shape of an old stained-glass window, using the aforementioned juxtaposition in telling a contemporary story about a specific religious/political context.

Six colored vases are standing in the big space, each a version of the same representation of a typical academic male sculpture as it was depicted in the classical era. The modern-day bodybuilders now function as a flower-pot, immediately raising a question about the classical sculpture in contemporary art through its functionalization.
THIRD ROOM
Abstraction is represented as the smallest and most precious work of the exhibition, inspired by the tradition of worshipping shrines and relics in different cultures. This work too ties up elements of art history with modern socio-cultural issues.