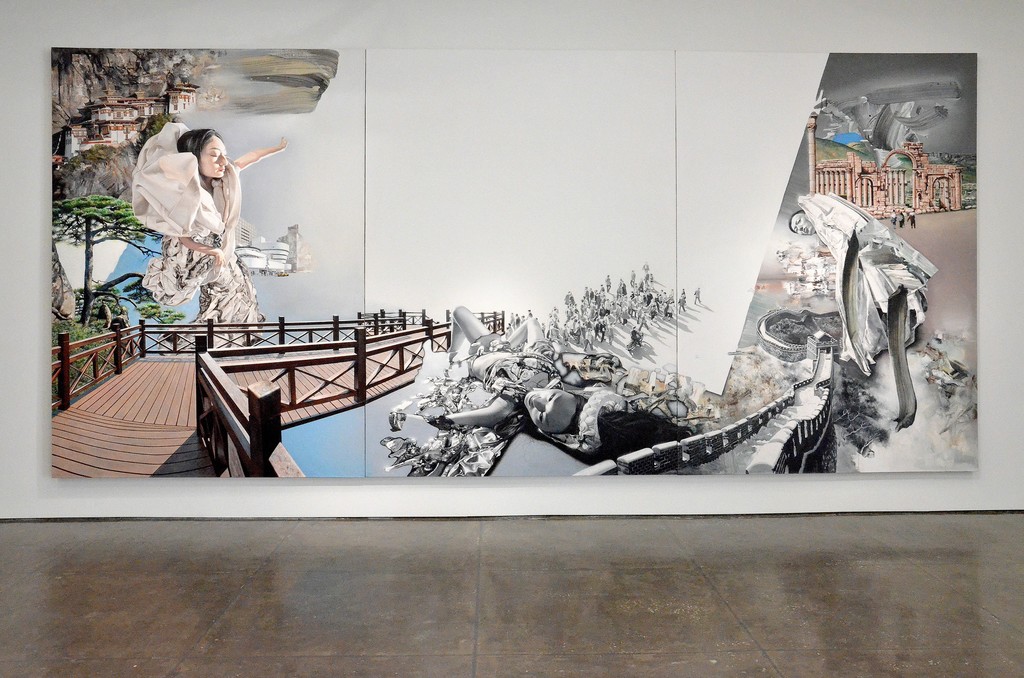 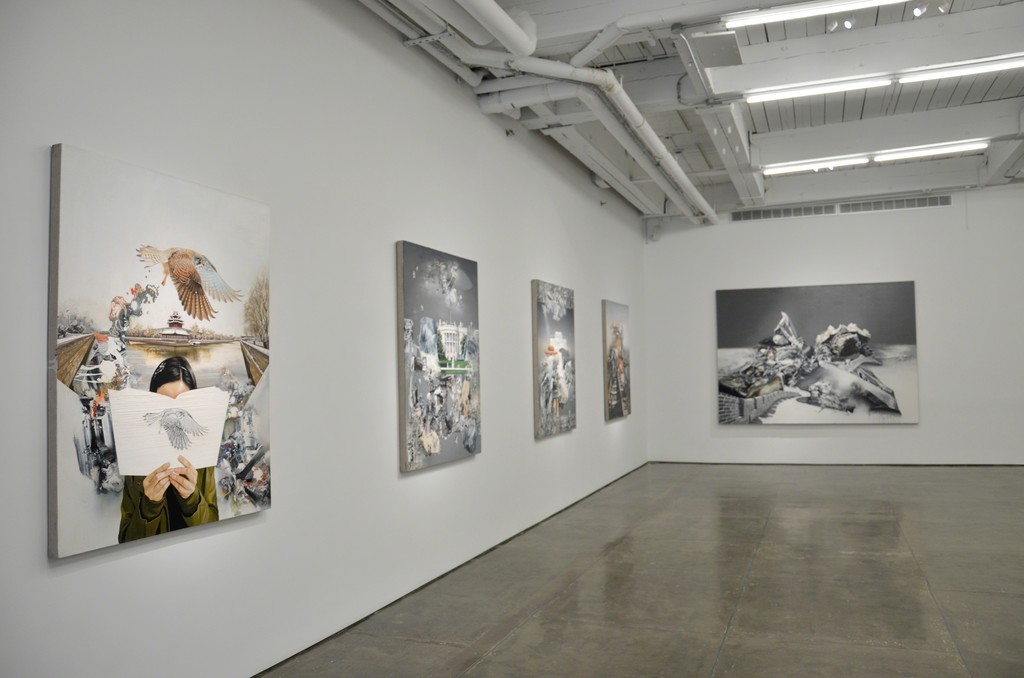 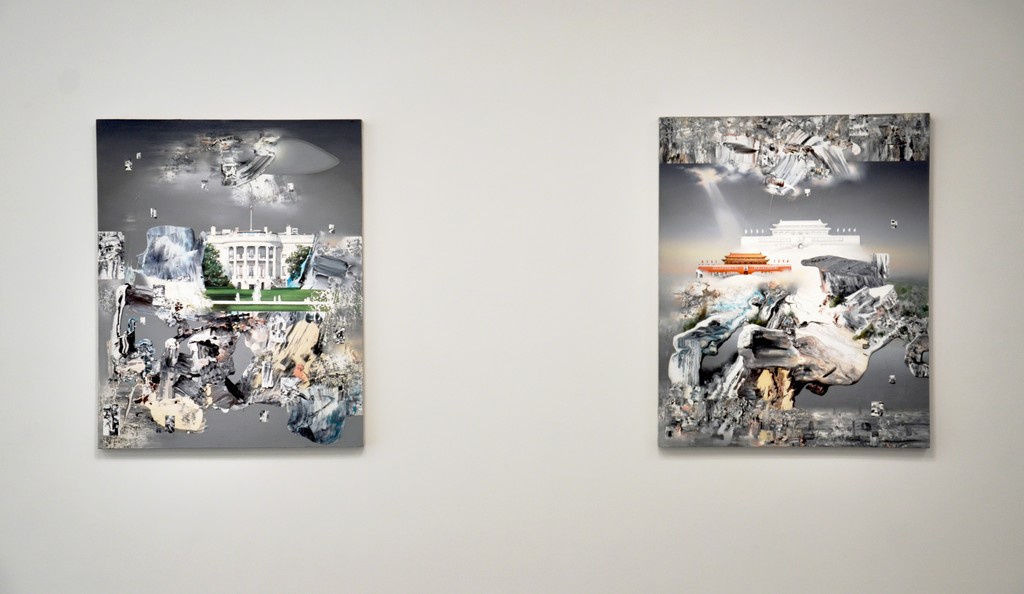 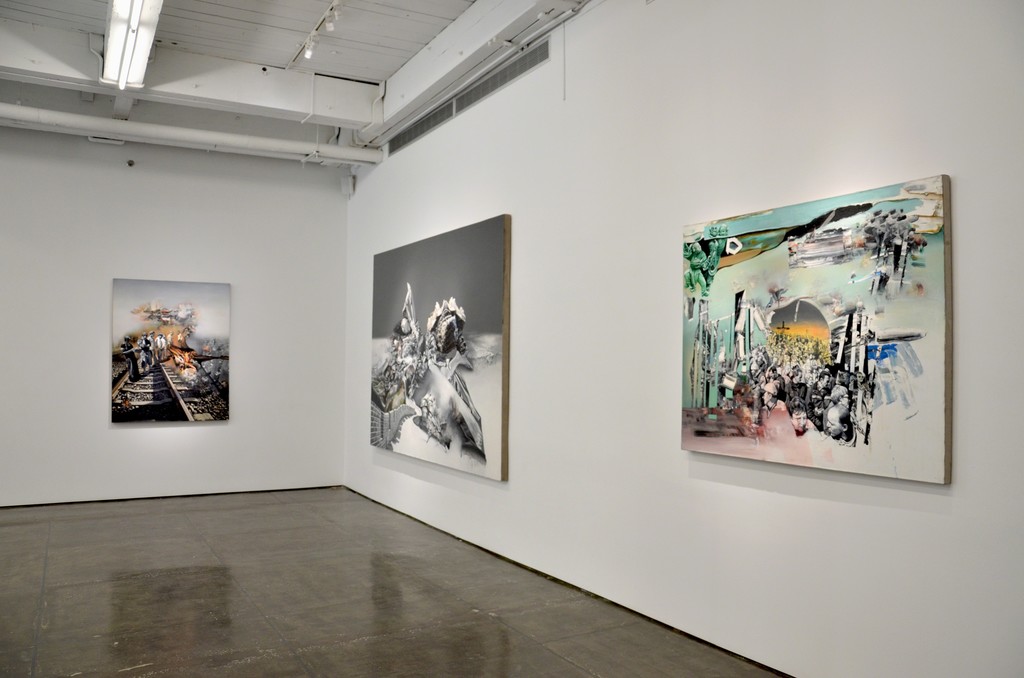 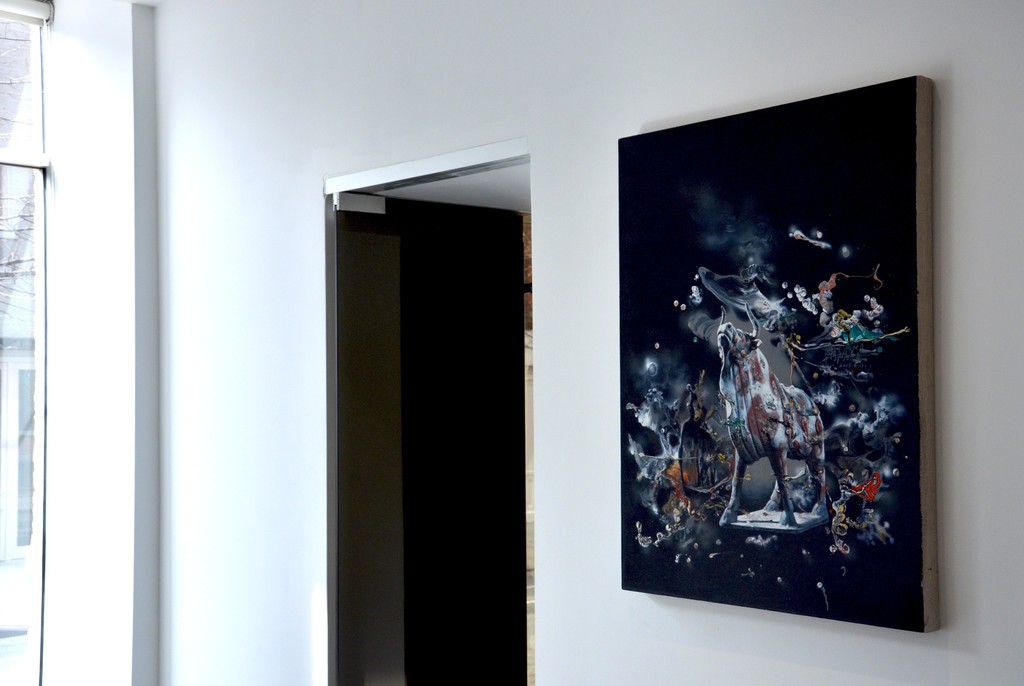 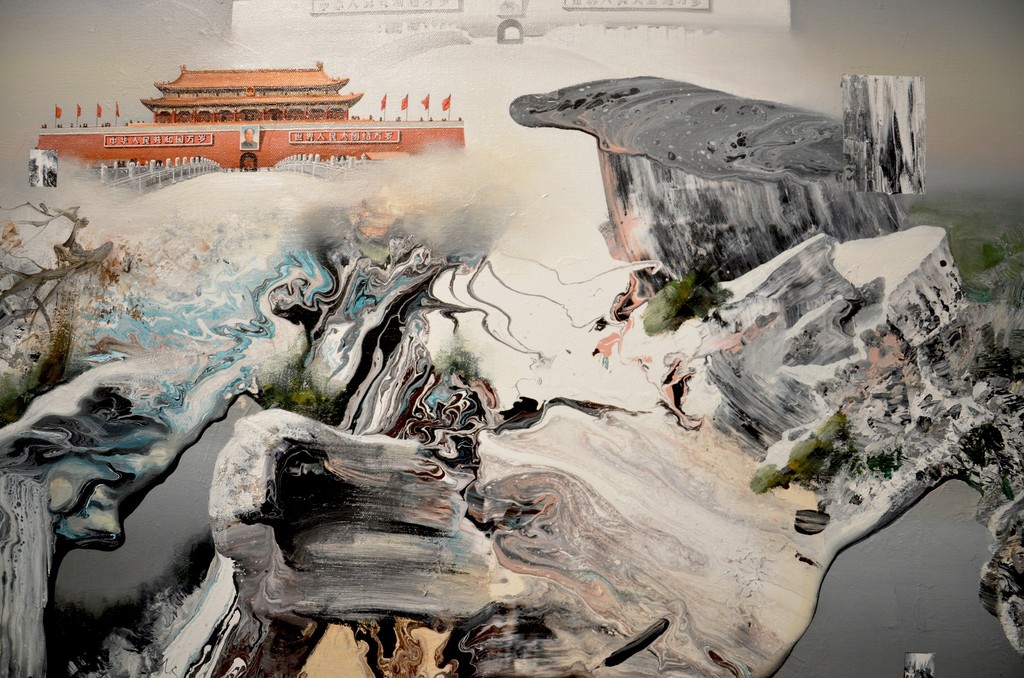 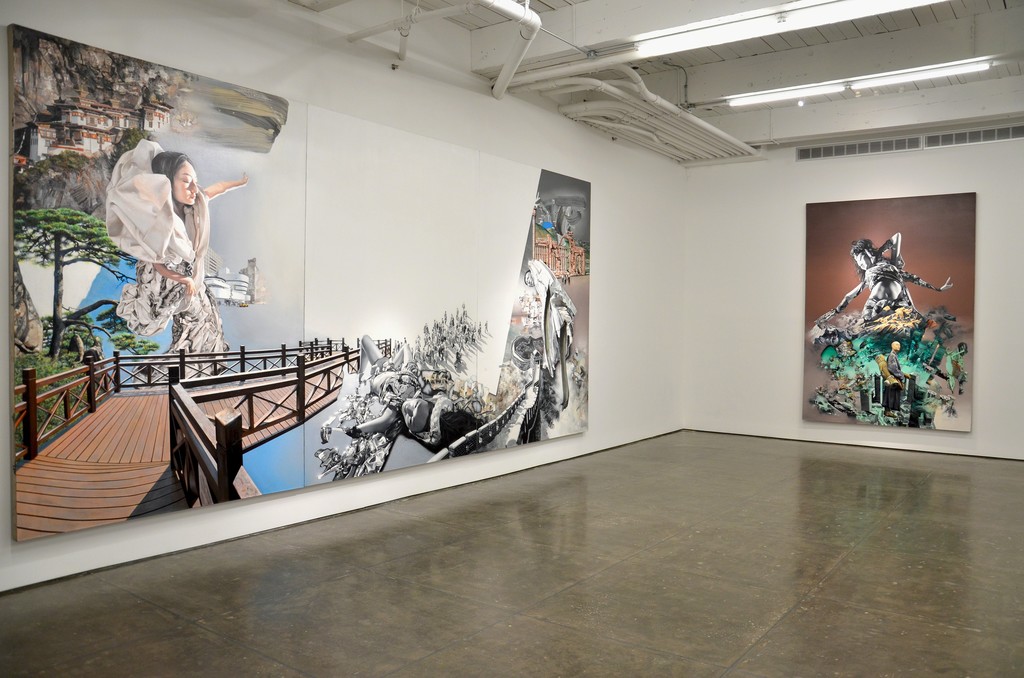 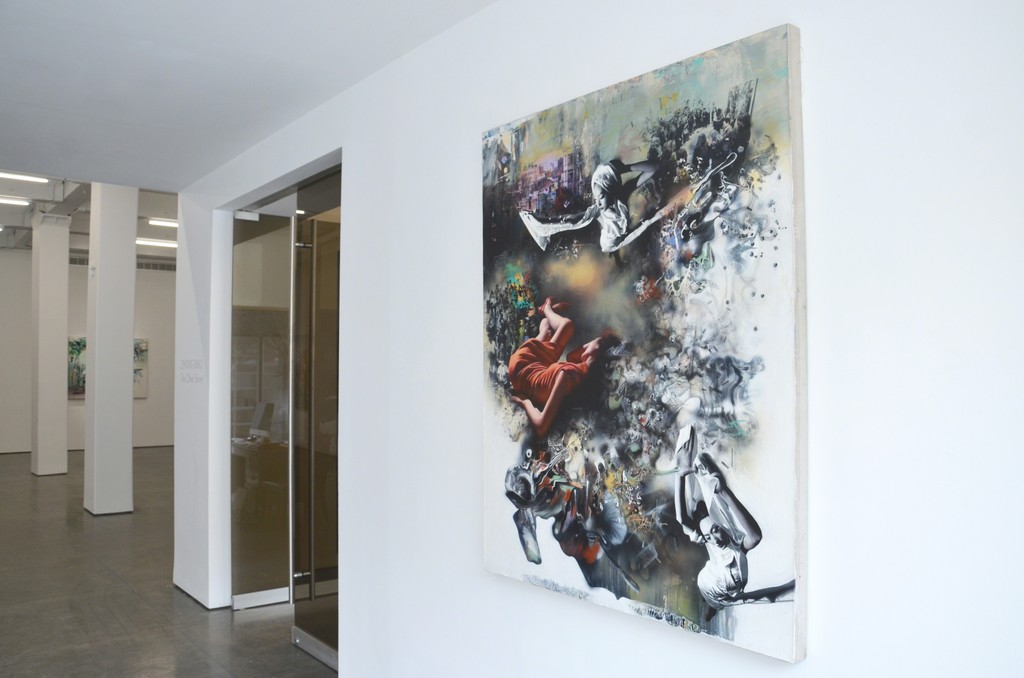 Klein Sun Gallery is pleased to announce “The Other Shore,” a solo exhibition of large-scale paintings by Sichuan-based artist Zhong Biao, on view from February 18 through March 19, 2016.

Zhong Biao is a prominent contemporary painter known internationally for his hyper realistic interpretations of modern life. Maintaining a distance from the parameters of classical portraiture and composition, Zhong’s eye on the world seems a cynical one – his depictions of chaos and destruction are all consuming – yet symbols of purity prevail, proving the symbiotic relationships of opposites in life.

In “The Other Shore,” Zhong presents new paintings that focus keenly on the co-existence of diverse cultures, whether with respect to geography or in ideology. Based on the Buddhist concept of paramita, in which pure virtues are nurtured with the intent of attaining enlightenment, the half-abstract paintings constantly strive to understand the other shore – that is, the other side of the story. References to terrorist attacks, the media and natural disasters comingle with figures of people expressing puzzlement, sadness, or wonder at the world, eyes looking upwards as their bodies literally take to the skies. As Chinese contemporary art critic Paul Manfredi wrote in an essay for the exhibition: “The blend of figural and abstract is broadly emblematic of Zhong's work, both as a painter and a thinker. His goal is to use painting to challenge the limits of space and time which frame
our experience.”