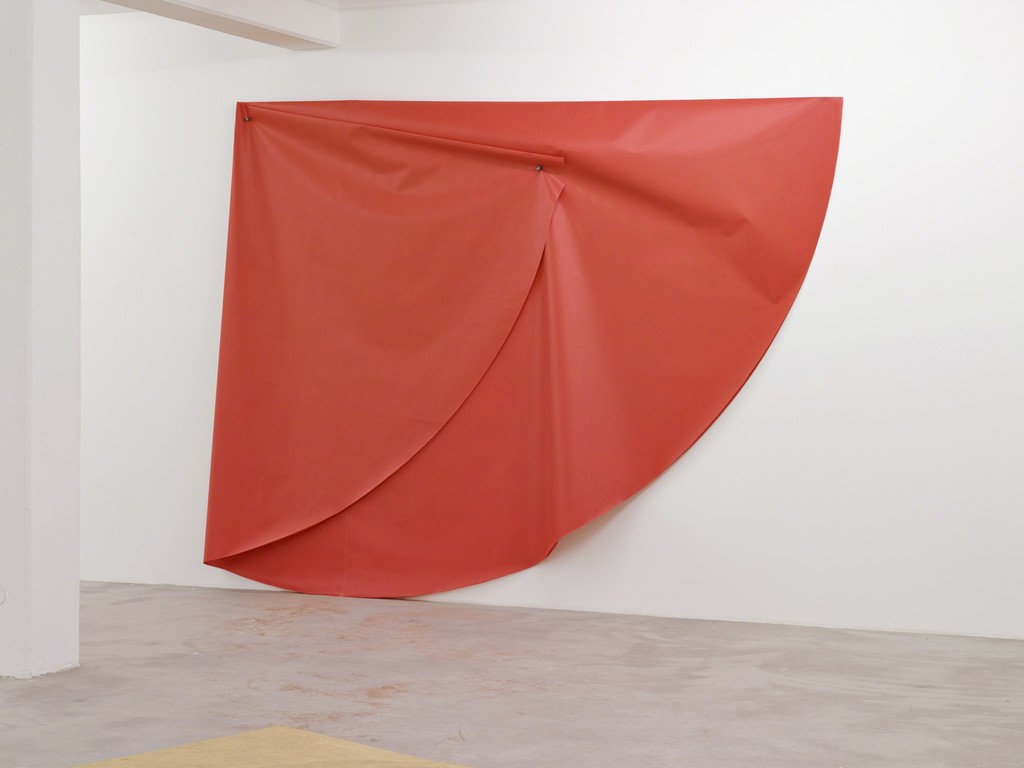 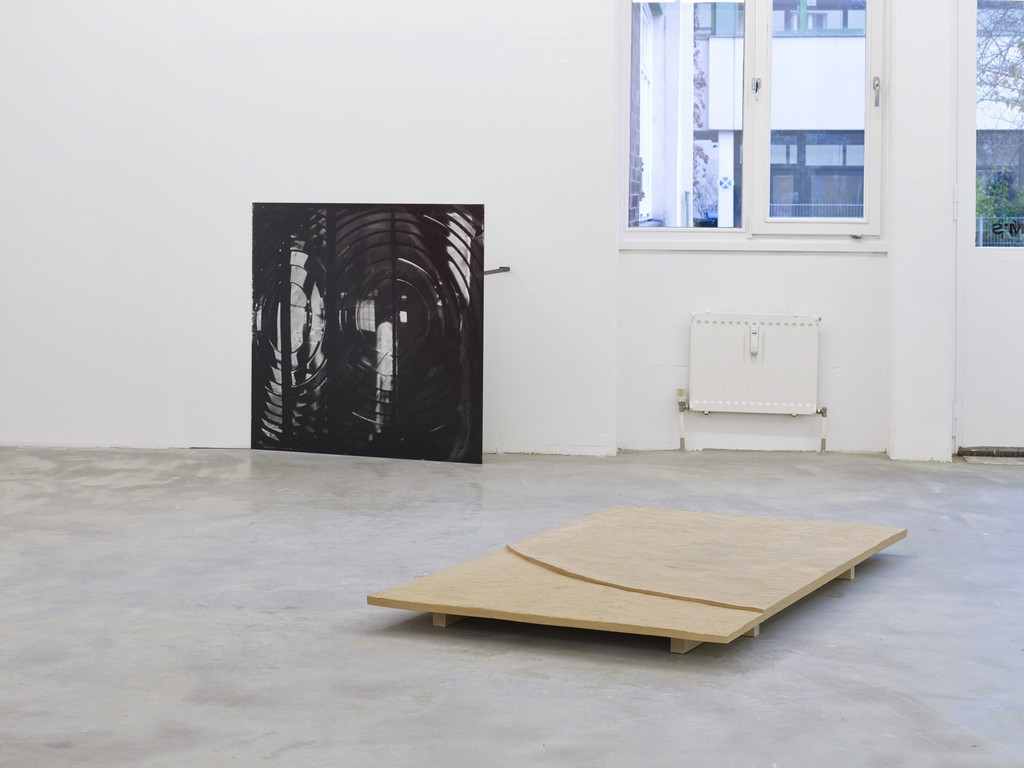 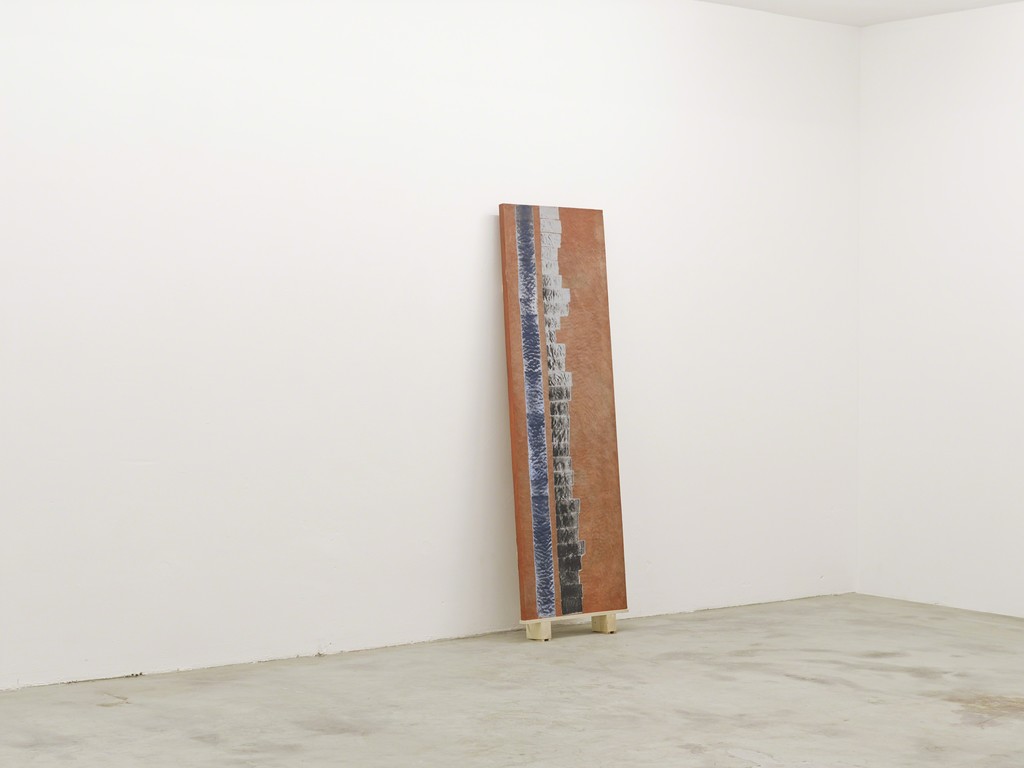 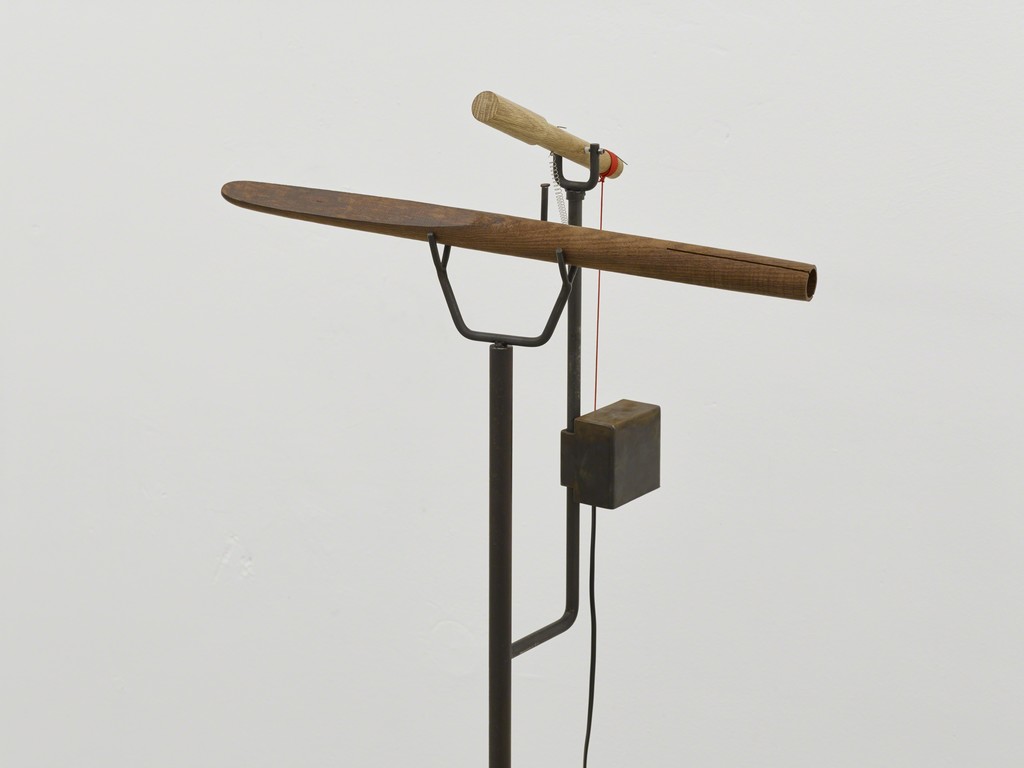 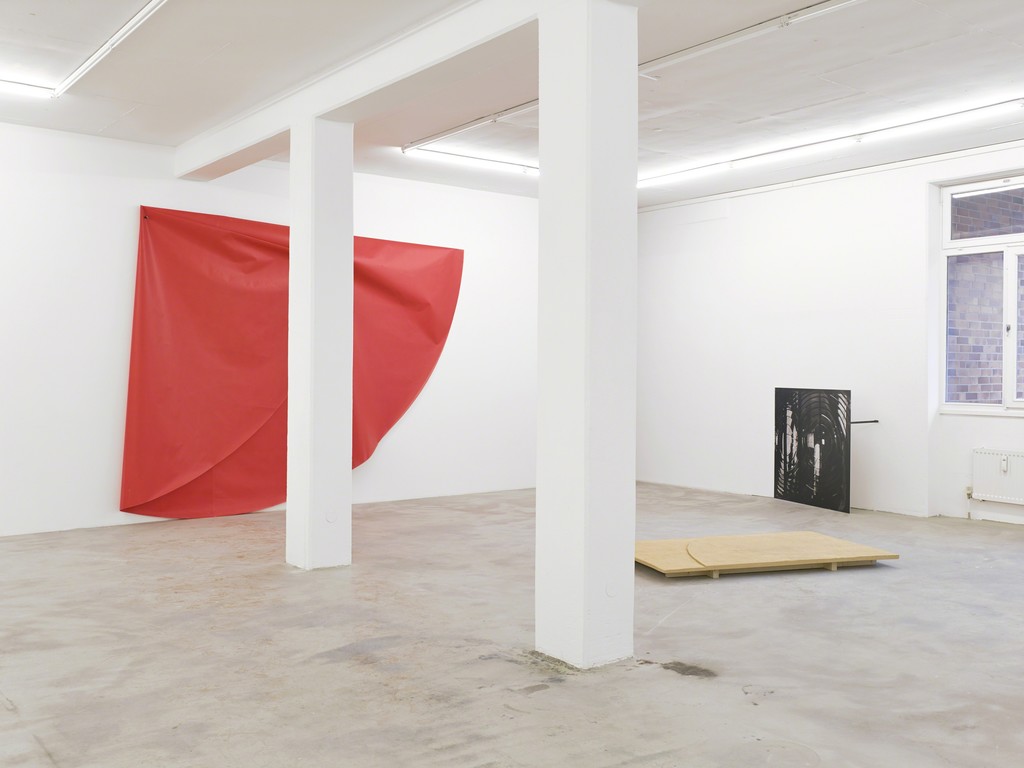 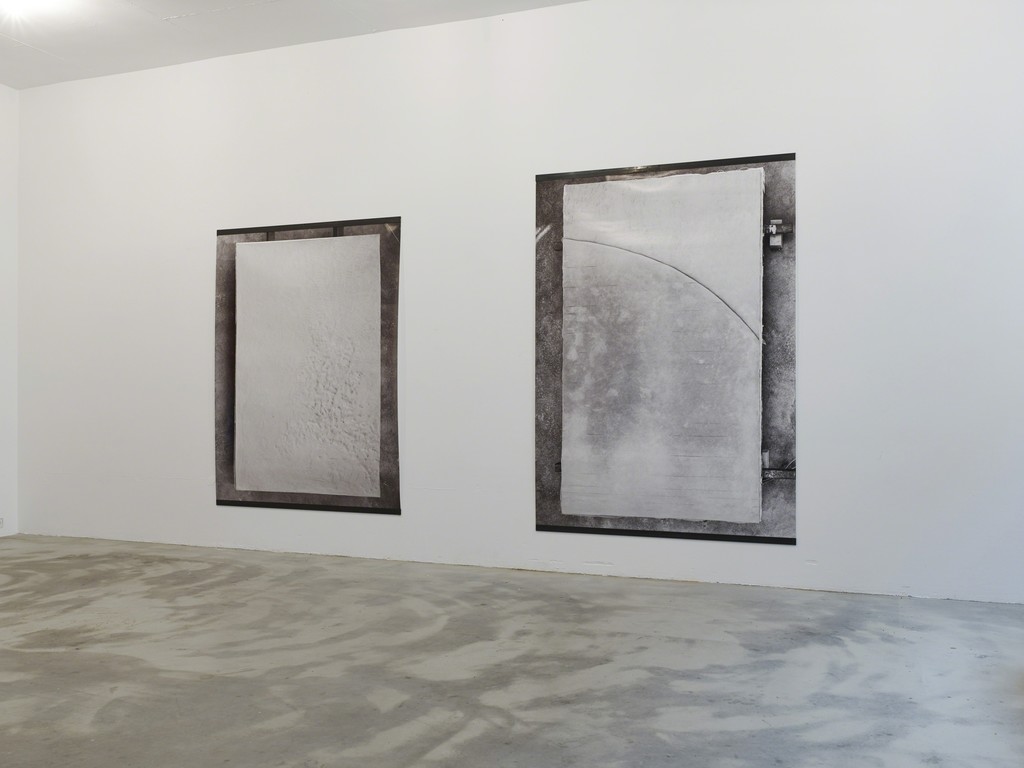 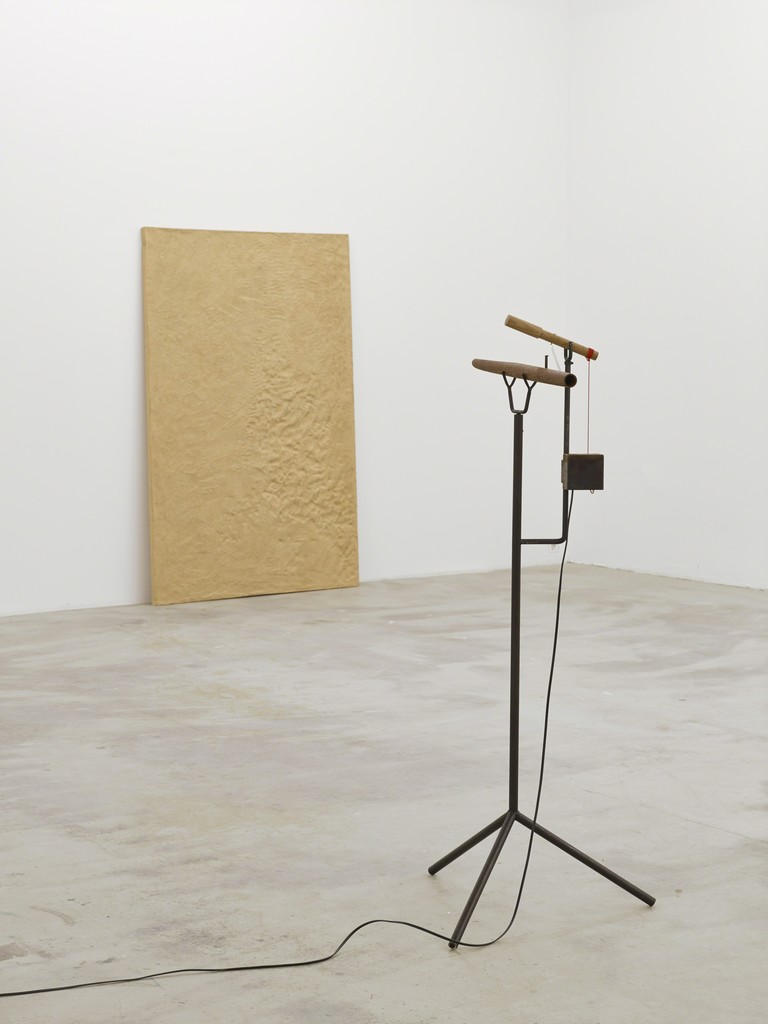 Boelens' works originate from a desire to explore sensory boundaries of space in relation to the confinements of consciousness. Inside and outside are in a continuous tension. Definitions of space are delineated in the broadest sense – physical space of interiors and landscapes, places occupied by the body or a movement determined by it, and the space of the mind.

Aiming to invoke a perplexing awareness of presence, Boelens steers confrontation between oneself and the extraneous or unfamiliar. Using dualistic definitions of space with its interrelations, inversions and analogies, Boelens expands her explorations to a wide range of forms and media. Introduced in Riveted are a series of sculptures featuring large-scale ceramic tablets offset by a hanging high-tech textile piece, a hand made percussive sculpture and a digitized 16mm film about the relationship of opposing poles – rationality and logic, intuition and improvisation.

With these works, Boelens strays from representation and alternately probes at the threshold of abstraction. Inspired by the clay tablet's function as a primitive bearer, she negotiates the physical and metaphysical appearance of the tablets and the performative aspects of marking or inscribing, rather than ciphering and depiction. The labour-intensive, alchemic process of producing the tablets is at odds with the spontaneous gestures with which Boelens marks them in the very last moment before the clay is laid out to dry and subsequently fired. This dynamic of a lucid, impulsive action performed on such an unwieldy material, in turn, lends the artwork a solemn permanence.

The towering tablets have a physical impact. They lean against the wall or float above the floor, emanating the mute quality of an ancient artifact. As a counterpoint to the muteness and fixedness of the tablets, handmade ‘concussion sticks’ of hardwood inhabit the gallery, sporadically striking together by means of an automated score. The sound’s capacity arrests the listener, accenting the relativization of passing moments in time. The fabric piece, To Point or Cover, mimics the form and gestures of the tablet's markings as well as the imagery in her black and white photographic prints, yet projects the viewer from a primal place into a more fluid present, traversing and entangling the sense of time and place.

On view in the adjacent room, the film Coordination, links the flow of physical coordination to thought, questioning the functions of the mind and the body's ability to communicate and connect. It is juxtaposed with the works in the main gallery space, rigorously separating the linguistic and the performative elements from the mute and immovable sculptures.

Binding together in unforeseen ways, the works in Riveted allude to a dimension which is perhaps below the surface, submerged or obscured, like an impenetrable kernel.