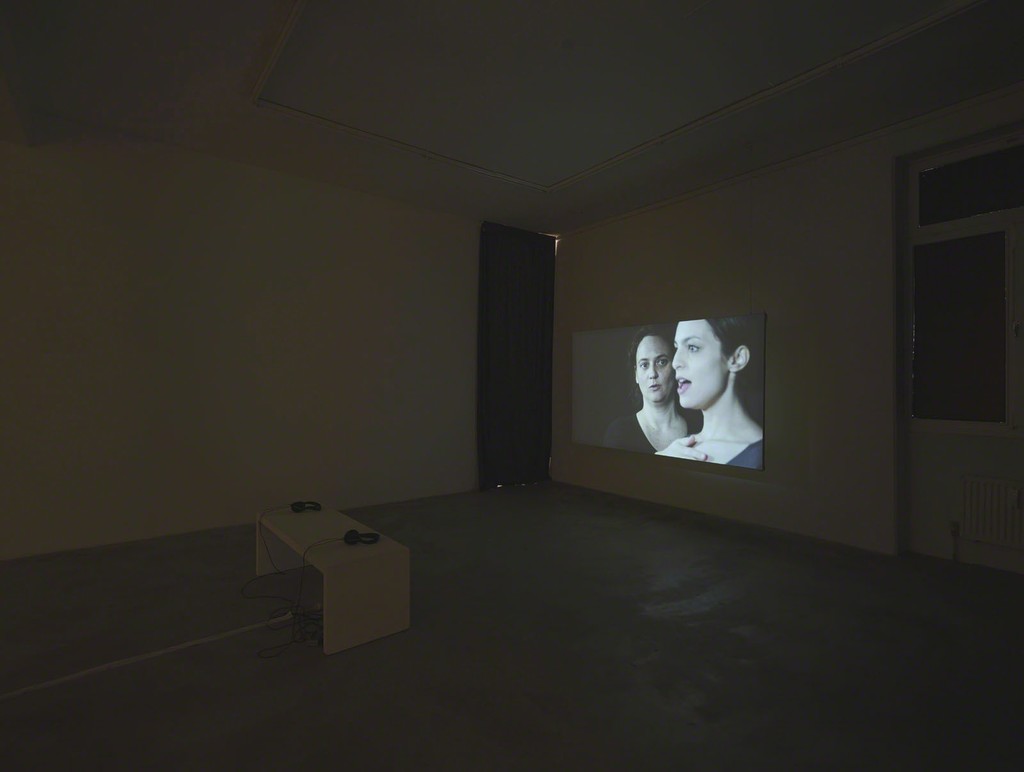 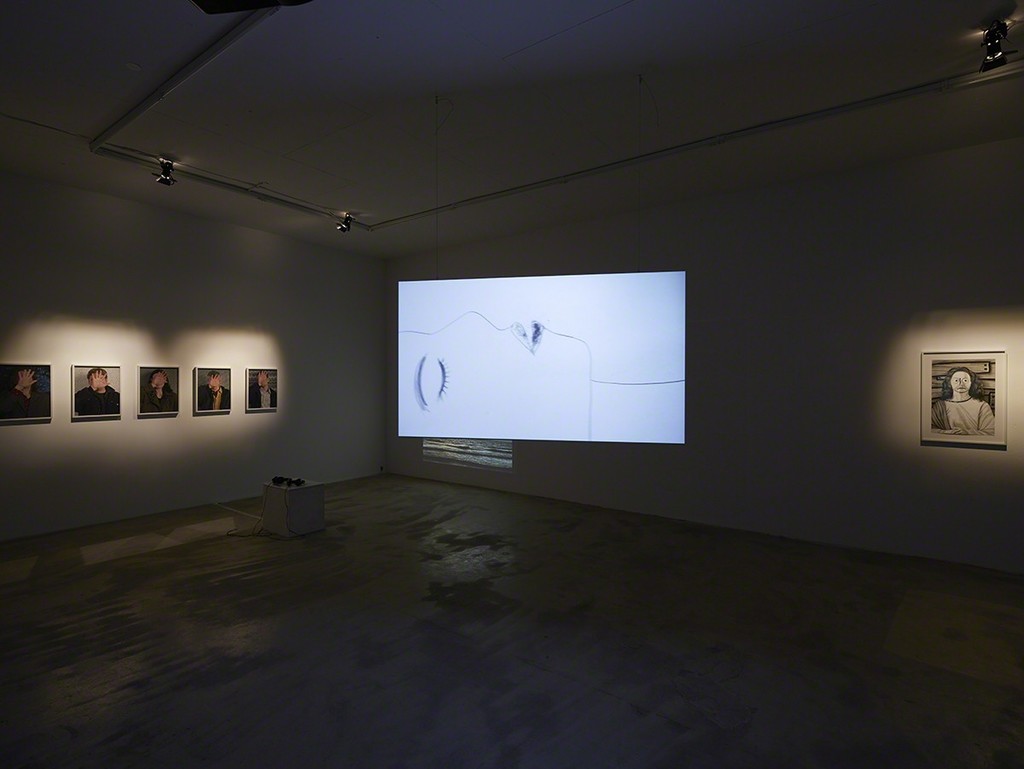 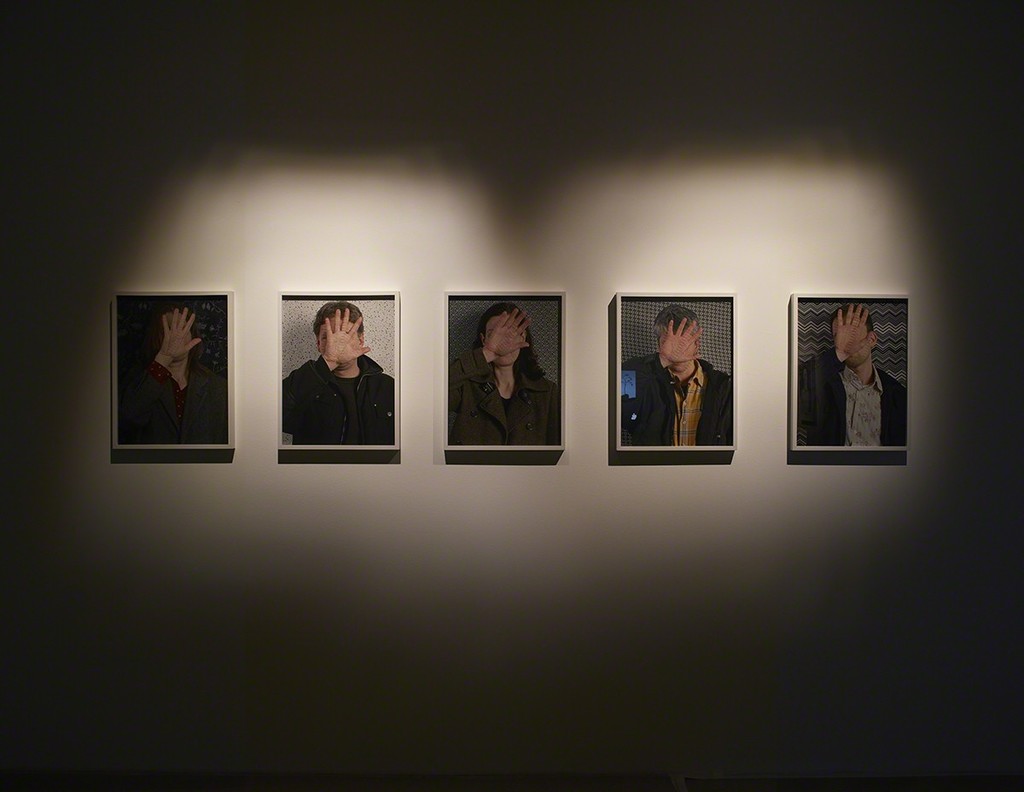 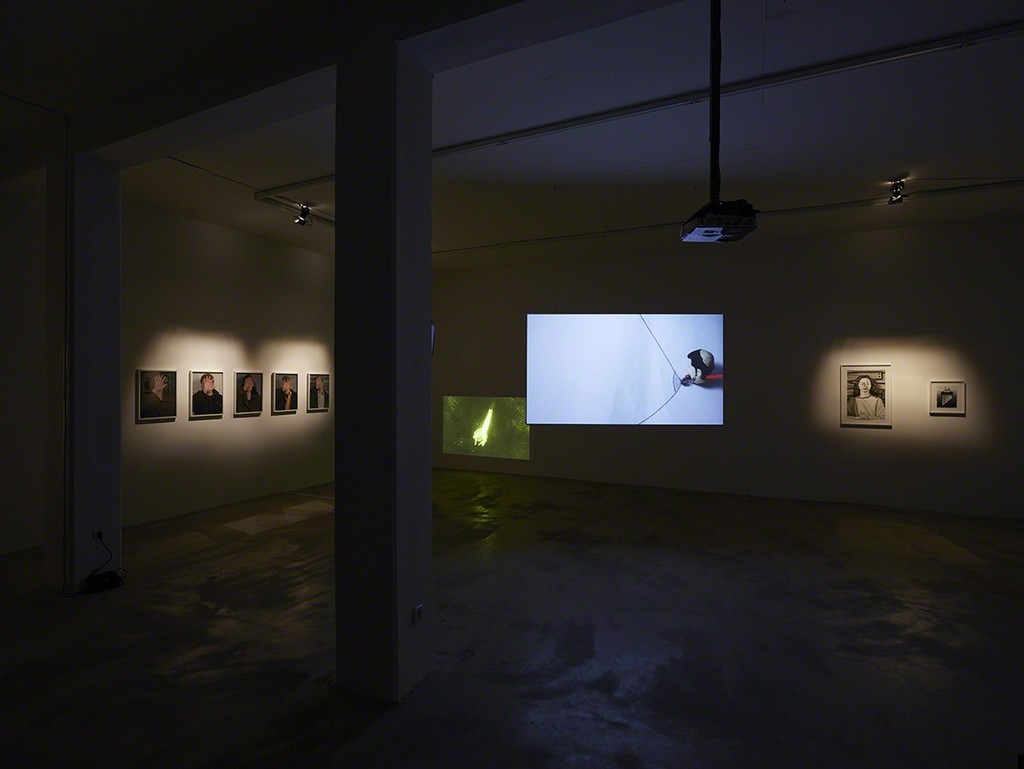 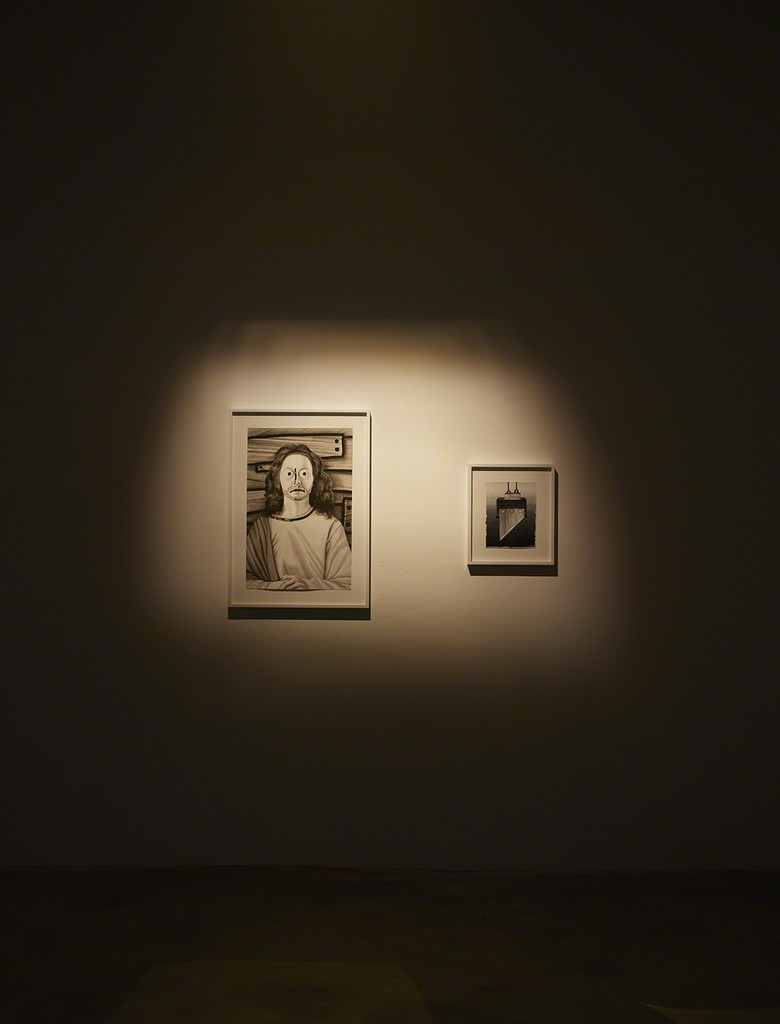 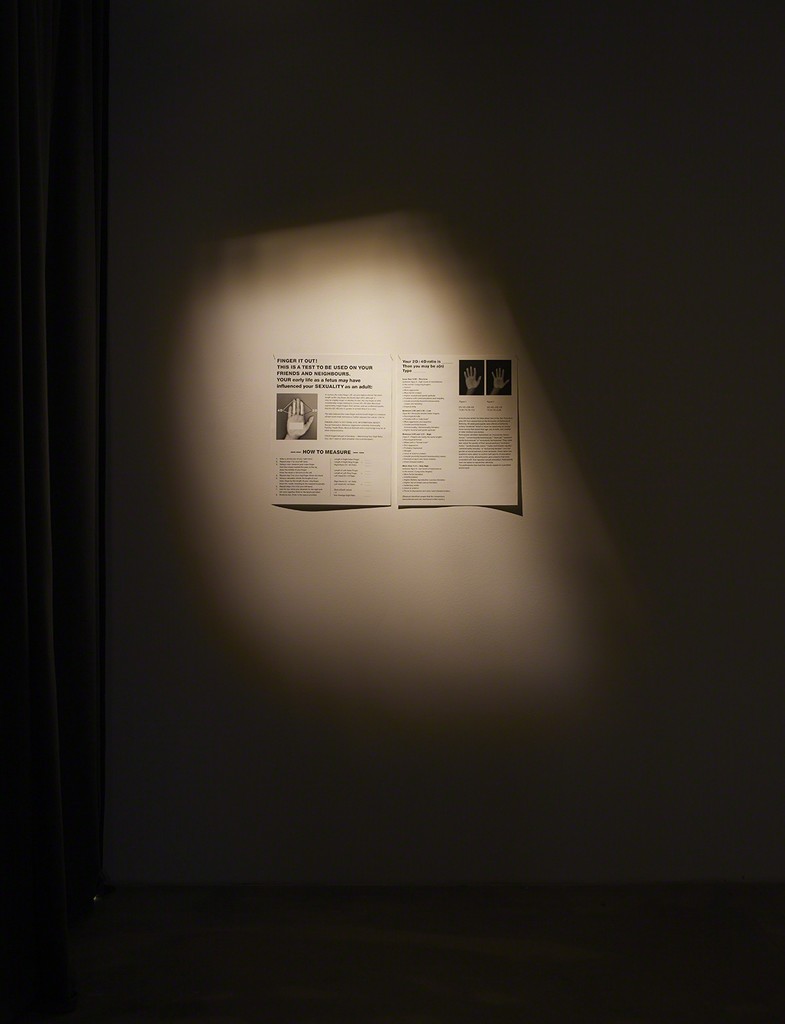 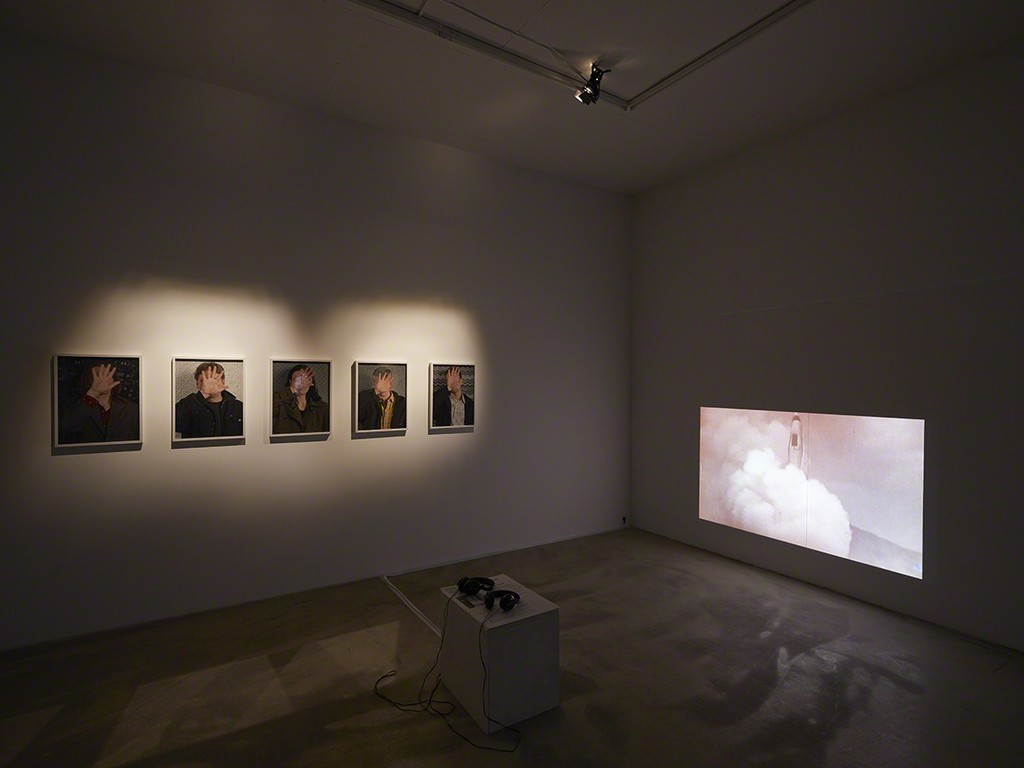 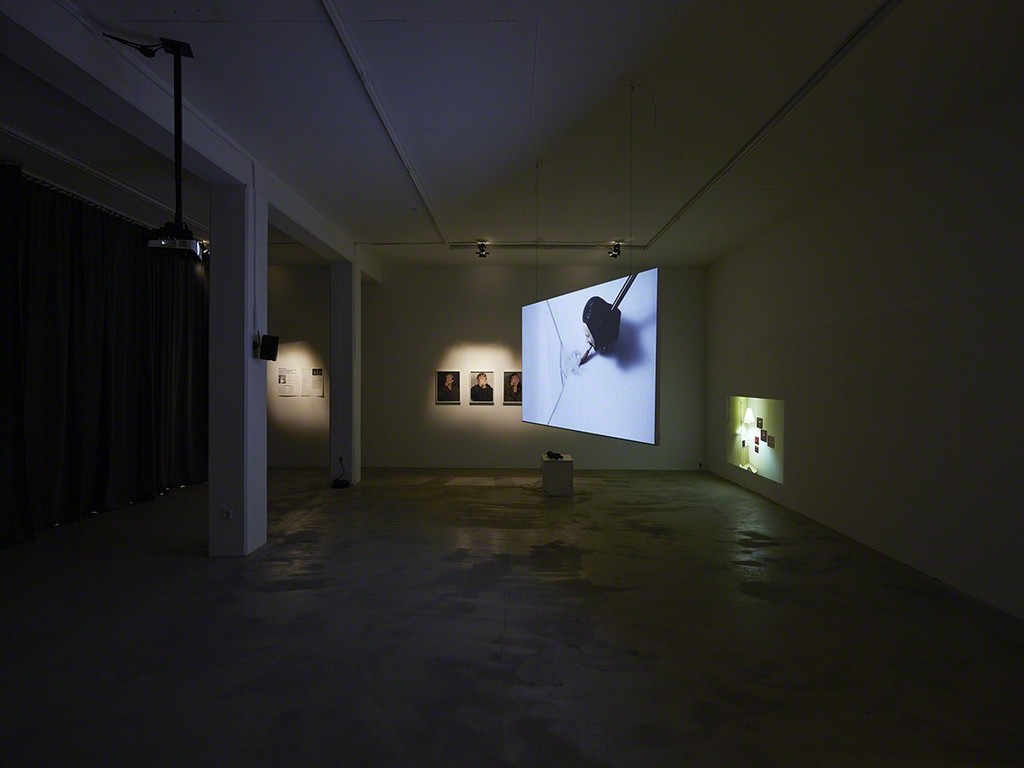 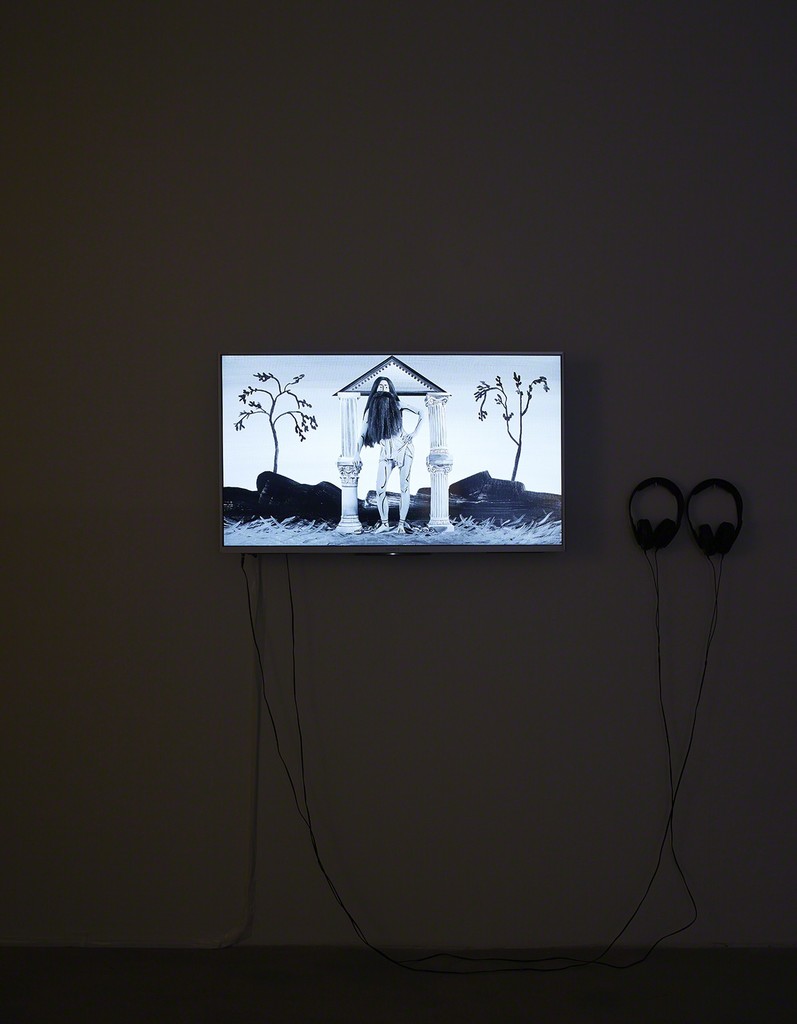 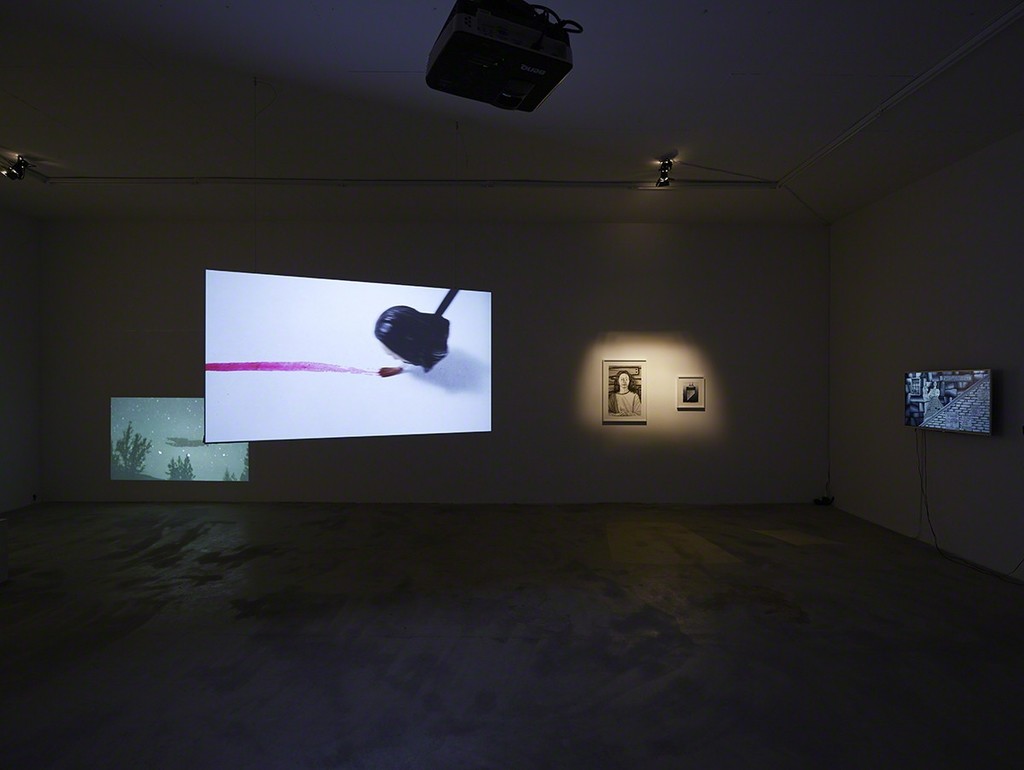 We are pleased to announce Who’s Speaking?, an exhibition juxtaposing four artists whose works question social power structures consisting of rules of conduct, institutions, traditionally assigned roles and strategies of (self-) representation. Apprehending sociopolitical frameworks, the works are linked in their questioning of Who is speaking? Who has the right to voice his/her point of view? What are the limits of written and spoken conventions? Who ascribes what and whereupon? The four chosen artists subvert characteristic modes of seeing and listening, elaborating on issues highlighted by this filmic juxtaposition of wit, poetics, repurposing, and reconstruction.

Peggy Buth scrutinizes the representational systems of art, literature, politics, and sciences, reassessing such structures as displaced or accidentally emerged. Probing viewer complicity, Buth reexamines the ordering of knowledge and the impulse to unequivocally ascribe meaning to a constructed culture or identity. The video you love me? draws on the heterosexual matrix and the way it is articulated in gender roles, linguistic stereotypes and clichés that serve as basis for many film noir or nouvelle vague classics as well as more recent Hollywood blockbusters. From this range of films Peggy Buth has extracted dialogues, had them synchronized and interwoven with new, specially taken images or found footage to an entangled triangular relationship. Deconstruction presents itself in the poetics of transitional spaces charged with their articulation of the notorious topoi of a romance – stock footage of A FLORIDA BEACH SUNSET and ATTACK FROM SPACE are thrust into the realm of science fiction, enabling not only a fictitious space of deconstruction and reconstruction, but an entirely new and fluid one.

Mary Reid Kelley’s work is at the intersection of historical narration, identity politics, and the dialectics of nature and culture. Through dense rhyming and theoretical narration as well as the obscuration of bodily signifiers – flattening the picture plane, inducing particular frameworks – Reid Kelley presents a challenge to decipher codified historical allusion and impress upon meaning. The basis of self-understanding comes under scrutiny in The Syphilis of Sisyphus, and Reid Kelley performs a faltering archetype of a pregnant Parisian who despite being rooted in a historical past inflates present concerns. By providing much historical, philosophical, and mythical reference to wade through, viewer inundation invokes a cumulative and desirable breaking of communicative convention.

Geumhyung Jeong interrogates the relationship between the body and its surrounding objects, combining elements of theater, dance, drama and documentary in video and performance works. Addressing and dissecting bodily depictions and cultural inscriptions, Jeong is both her own protagonist and antagonist. The video work Munbangu (stationary) demonstrates this uncanny valley of erasure in an unveiling, personified drawing space, displacing the subject-object experience. Speaking through physical enactments enables her to perform as characters depicting otherworldly interlocutors. Humor acts as a familiar and digestible control variable through which Jeong pushes the strict forms of perception.