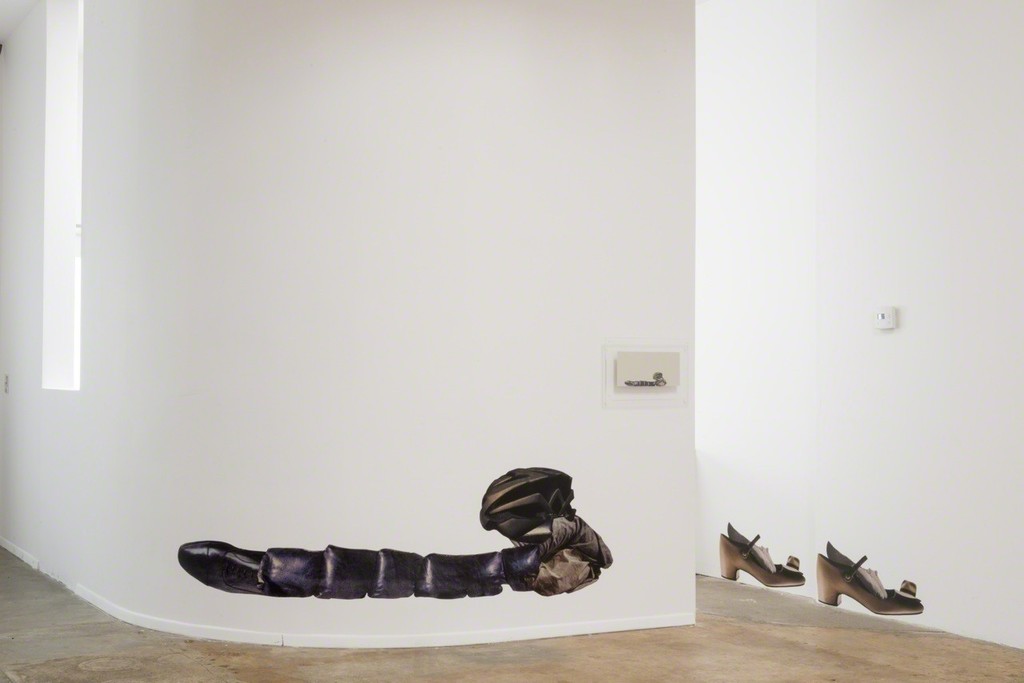 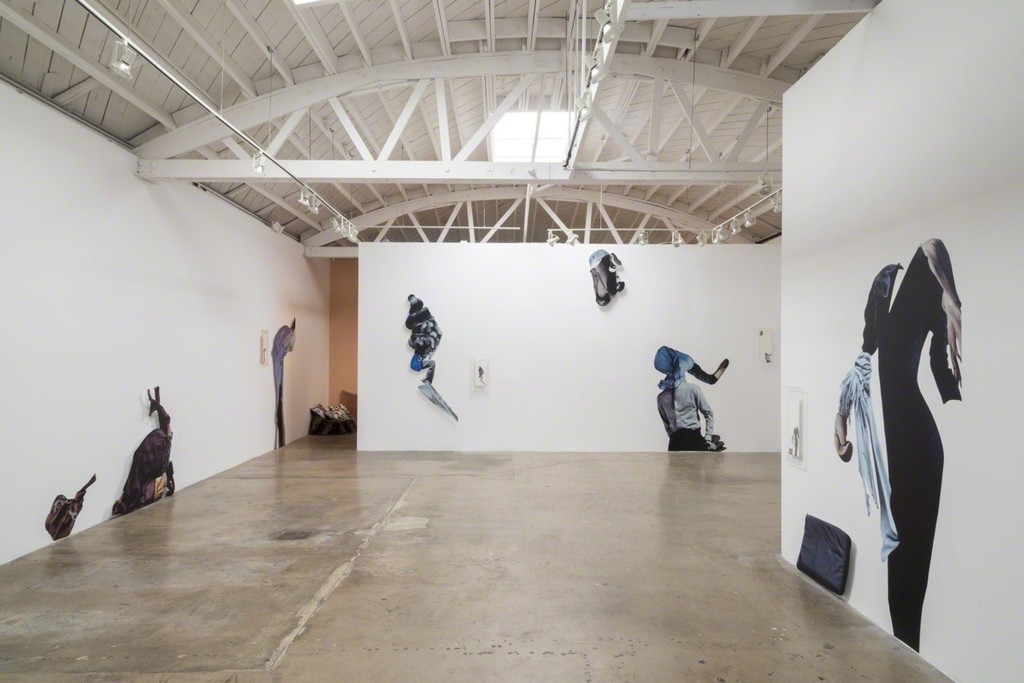 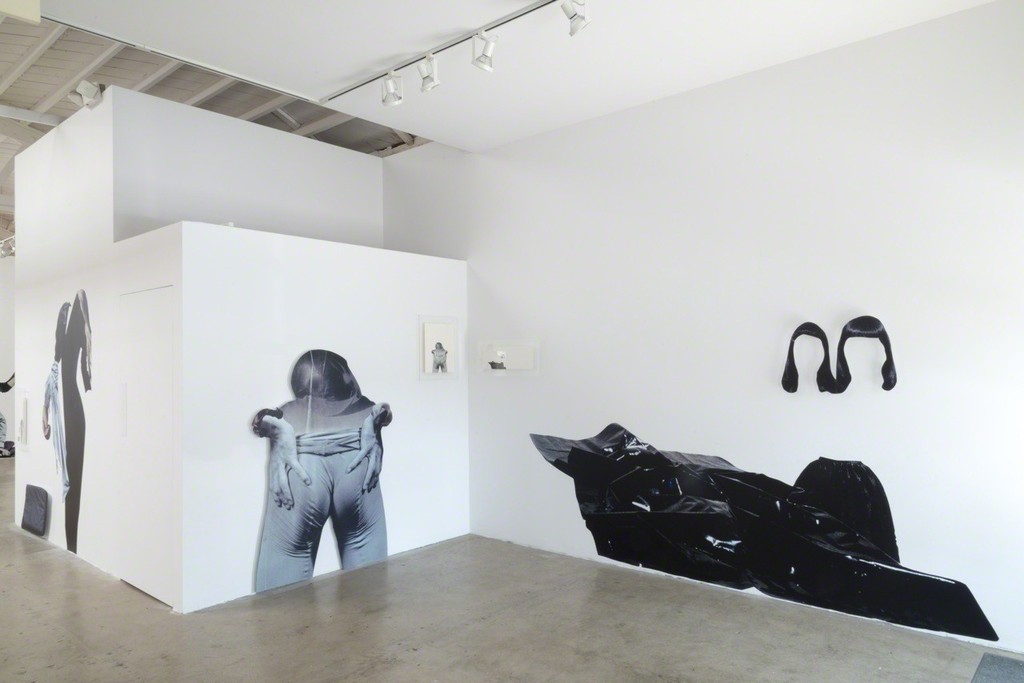 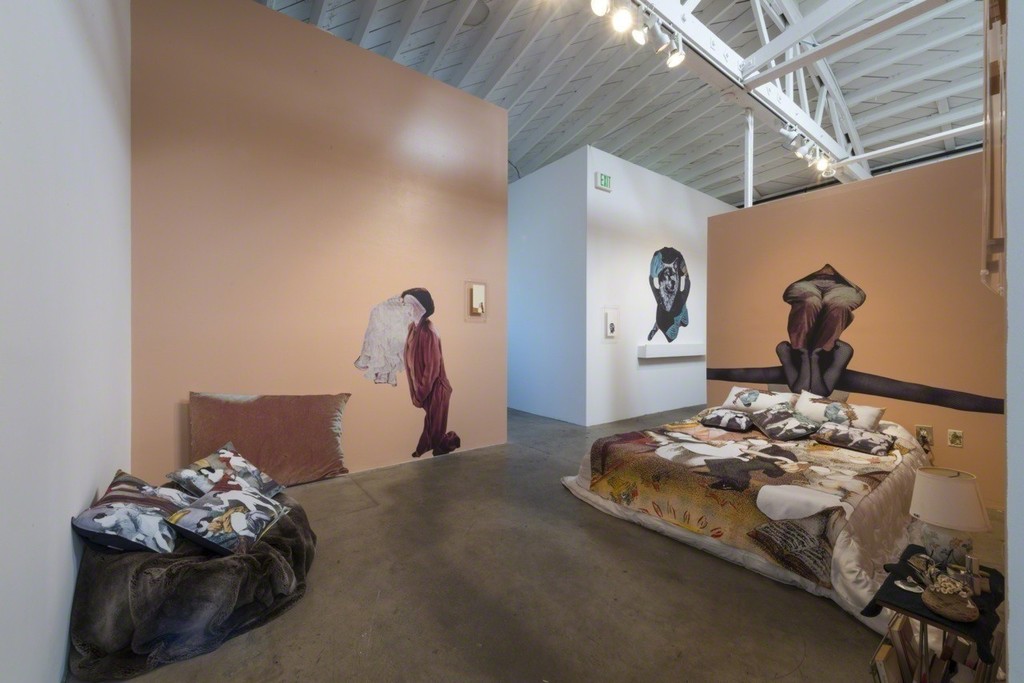 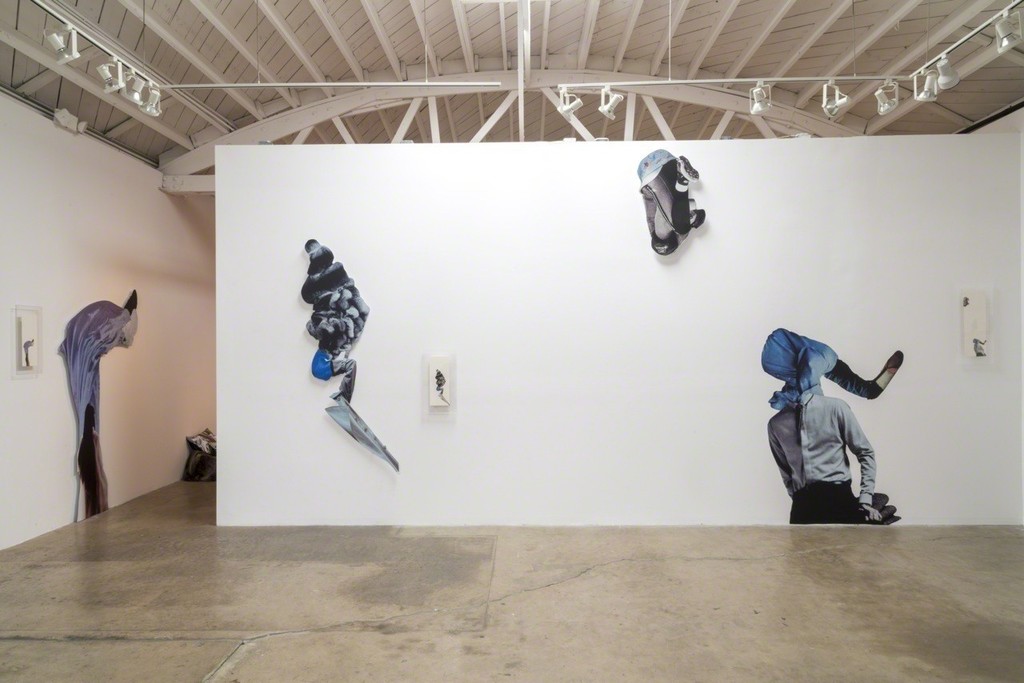 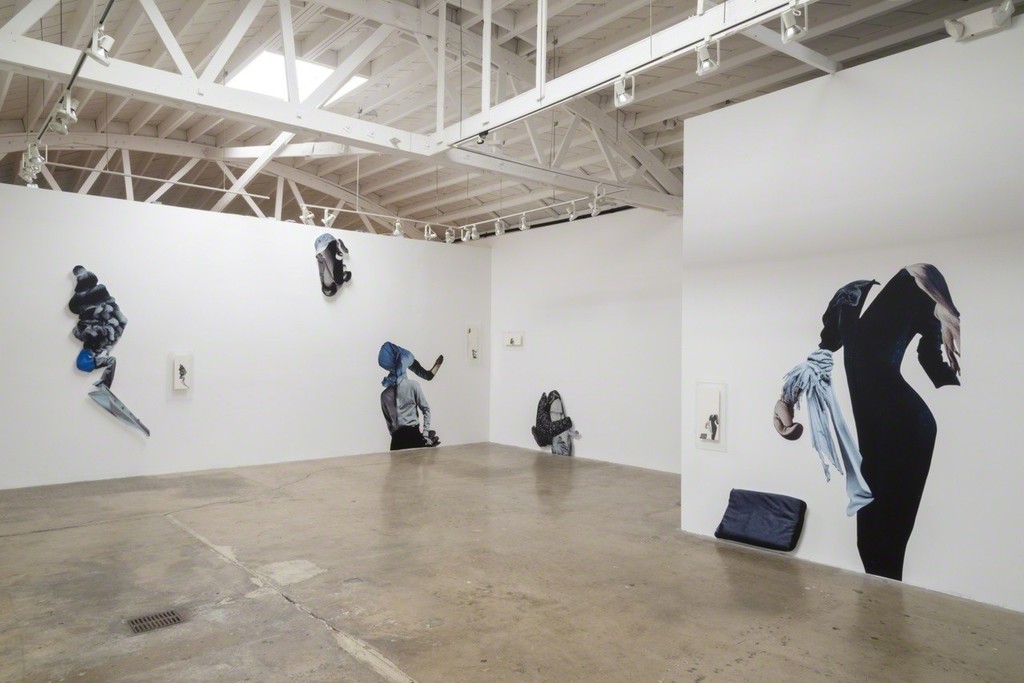 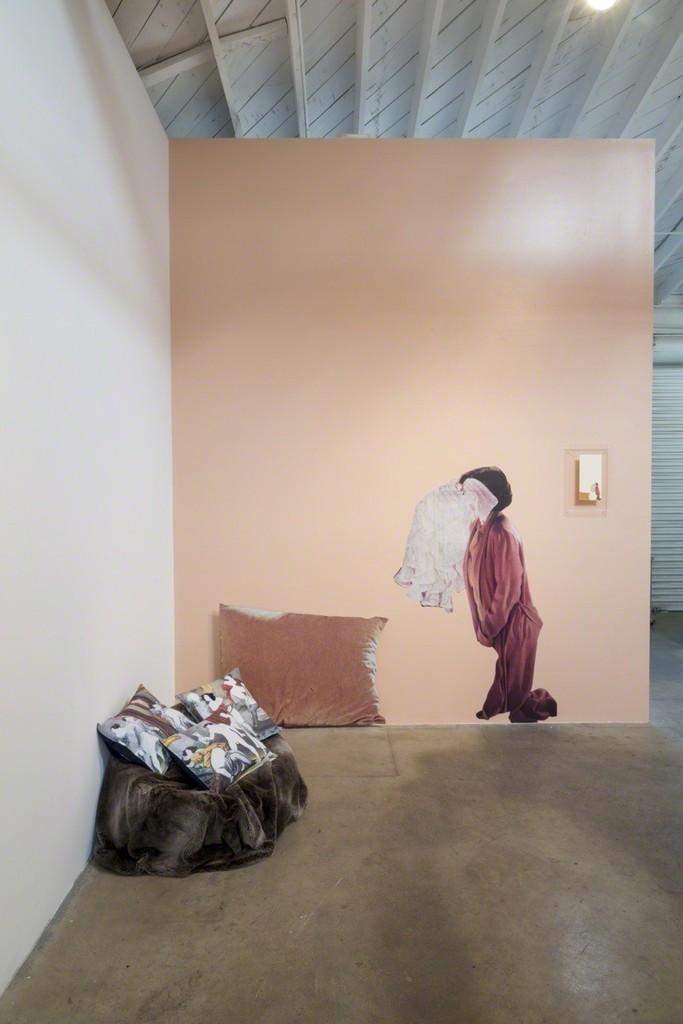 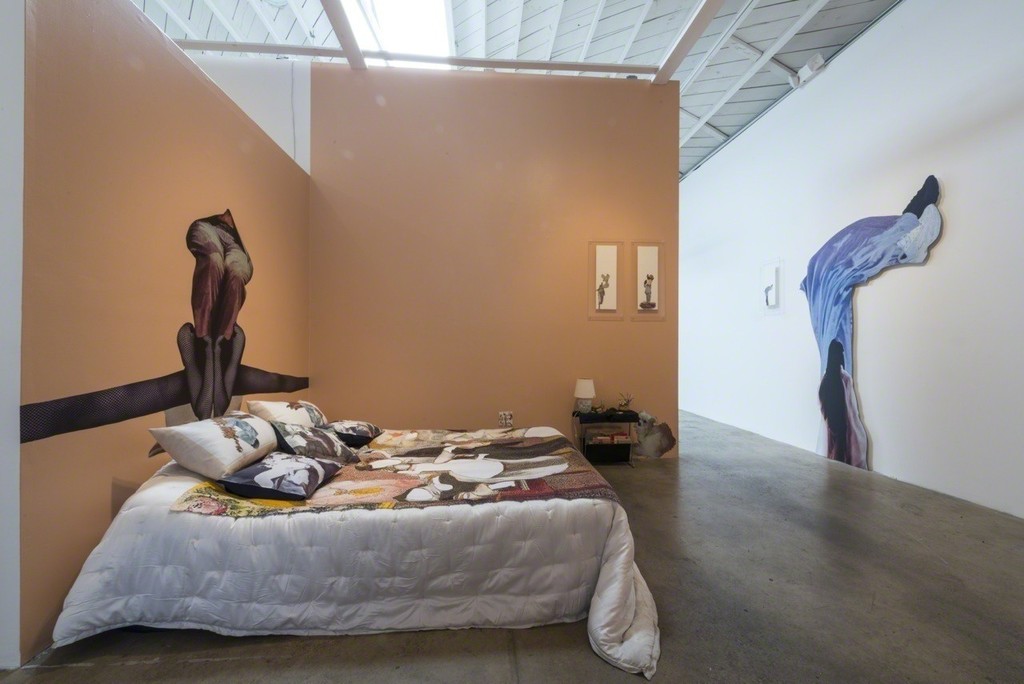 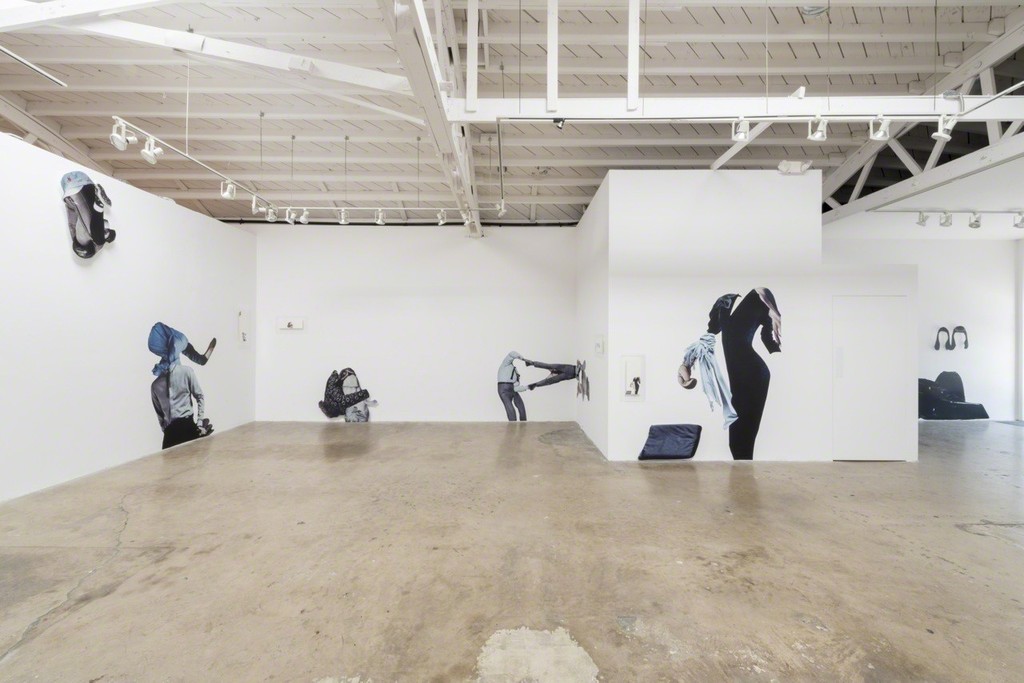 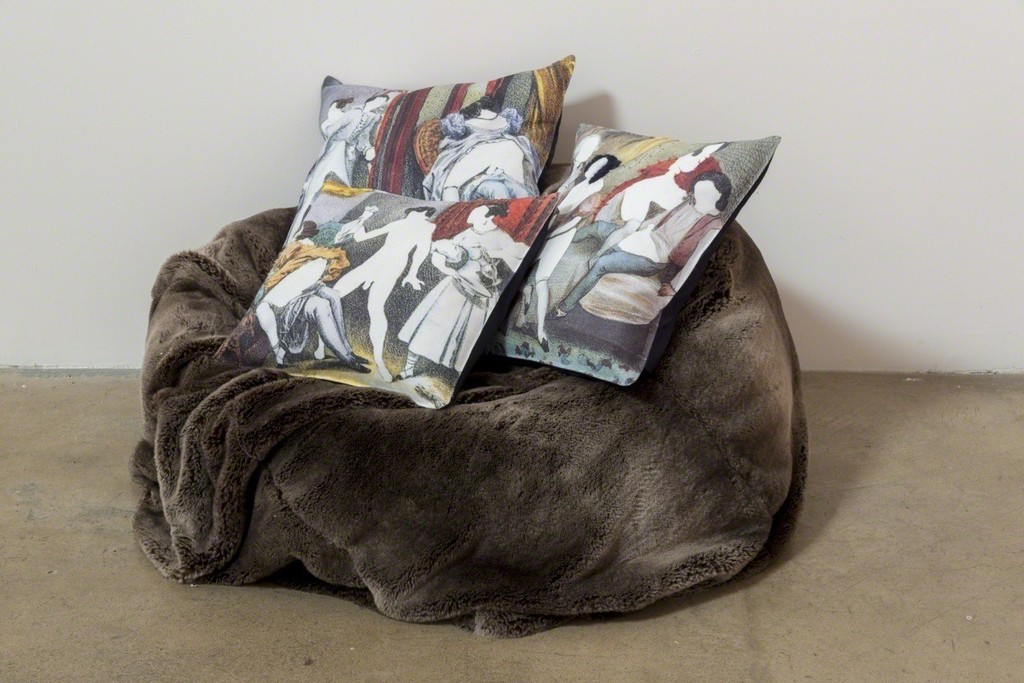 Klowden Mann is proud to present our first solo exhibition of work by Los Angeles-based artist Bettina Hubby, Pretty Limber, the inaugural exhibition in the gallery's new Culver City location. The exhibition will feature an integration of various elements of Hubby's practice, founded in her collage work, and presented as individual works on paper, large scale vinyl cutouts and fabric pieces. The pieces range in size from 5 inch by 11 inch paper works presented in plexiglass to five foot by seven foot mounted vinyl figures traversing the gallery walls. The gallery will host a reception for the artist on Saturday, September 7th, from 6-8pm, as well as an October launch for an artist book of Hubby’s collages published by The Ice Plant, Uniforms.

Hubby's work in Pretty Limber approaches the way in which physical bodies interact with and define space, and the various levels of ritual used in the individual and communal construction of identity. Boundary and its redefinition is a pervasive theme in the work, as the paper and vinyl forms comfortably inhabit their exhibition space while seeming to question its function, and offer unexpected possibilities for expansion, interaction and play. Many larger vinyl forms are paired with their smaller paper origins, and in this altered-scale doubling Hubby re-orients perspective and sense of place. Texture, pattern, articulated line and negative space (approached positively) are each present in the work, as figures, fabrics and forms are combined with any visible body removed and the three-dimensional substance of the body-form implied. Vinyl figures on the wall—both applied directly to the wall surface and mounted in distinct levels of distance from the wall—point us towards the wall itself and our relation to it, the inherent choices afforded by movement, self-presentation, and interaction.

In the gallery project room, Hubby creates a boudoir of sorts—flesh-colored walls act as context for a bed installation, with bedspread and pillows formed from prints of vintage European pornographic imagery with the physical bodies removed, and intermittent threaded enhancements of hair, clothing, and furniture. The fabric pieces are accompanied by vinyl hybrid forms and paper pieces occupying the surrounding walls. Here, the physical forms (that which has been removed and that which remains) are clearly sexual in nature, offering a furthering of the conversation began in the main gallery space and bringing a new overt eroticism to what has been implied in the pent-up energy of the other forms. In both rooms, space and figure maintain equal importance overall, in the framing of a shifting power dynamic in which dominance seems to belong to one or the other, in individual pieces or in turns. The forms combine to bring the audience awareness of our own bodies, and the space we encounter and invent in combination with our environment and one another.

Bettina Hubby received her MFA from the School of Visual Arts in New York in 1999. In addition to her individual practice, Hubby is known for her extensive collaborative projects and curatorial work, with a strong focus on themes of ritual, construction, identity, community, and the constantly changing notion of self and other within all of those interrelated categories. Her recent work on and around the theme of construction includesacting as the Resident Construction Artist at the Santa Monica Museum of Art, a three-month long project of intersection with the construction surrounding the museum site entitled Dig the Dig and culminating with a major exhibition event, the Dig the Dig Dinner. Hubby also curated a group exhibition entitled Dig the Dig on the theme of construction, which was presented at the LA Mart, and is in the process of creating work to be featured at the High Desert Test Sites in October of this year. Other recent projects include The Eagle Rock Rock and Eagle Shop (2012), an installation and pop-up store in the Los Angeles community of Eagle Rock, CA that blurred the lines between curation, collection, kitsch, craft, and commerce, Get-Hubbied (2009–2011), a two-year project about the institution of marriage that culminated in a legally binding wedding, and Co-Tour (2008), a bus tour that explored spaces of private significance throughout greater Los Angeles. Her work was included in The Home Show at the California Arts Foundation in 2011, along with other recent group exhibitions at venues including gallery km (now Klowden Mann) in Los Angeles, Miami and San Francisco, Andrew Shire Gallery, and LACE (Los Angeles Contemporary Exhibitions). She has been featured on KCRW and NPR, and her work has been written about in the L.A. Times, The New York Times Magazine, the Huffington Post, L.A Weekly, Notes on Looking, and many others.