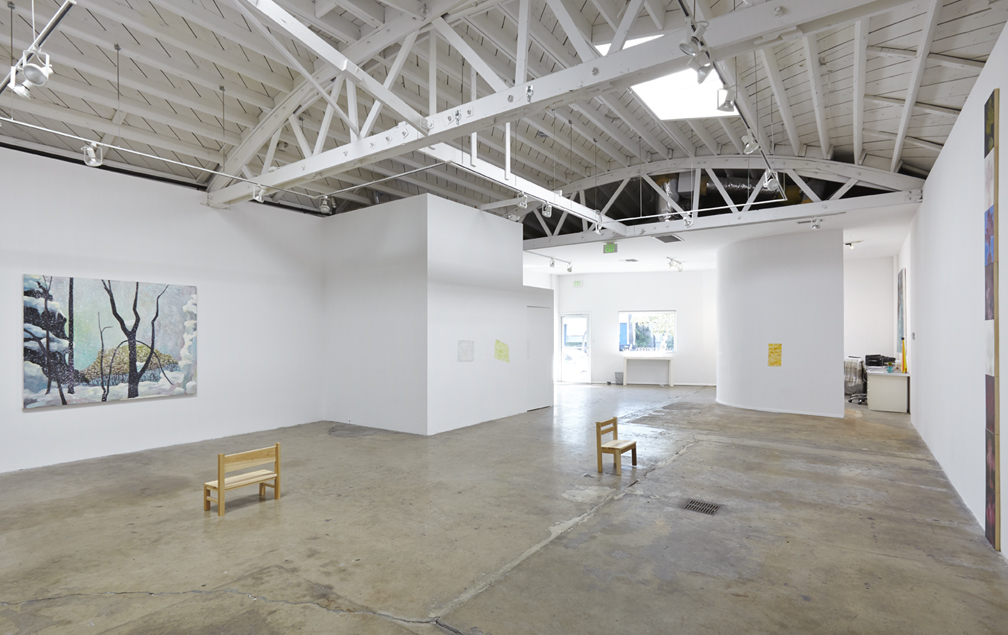 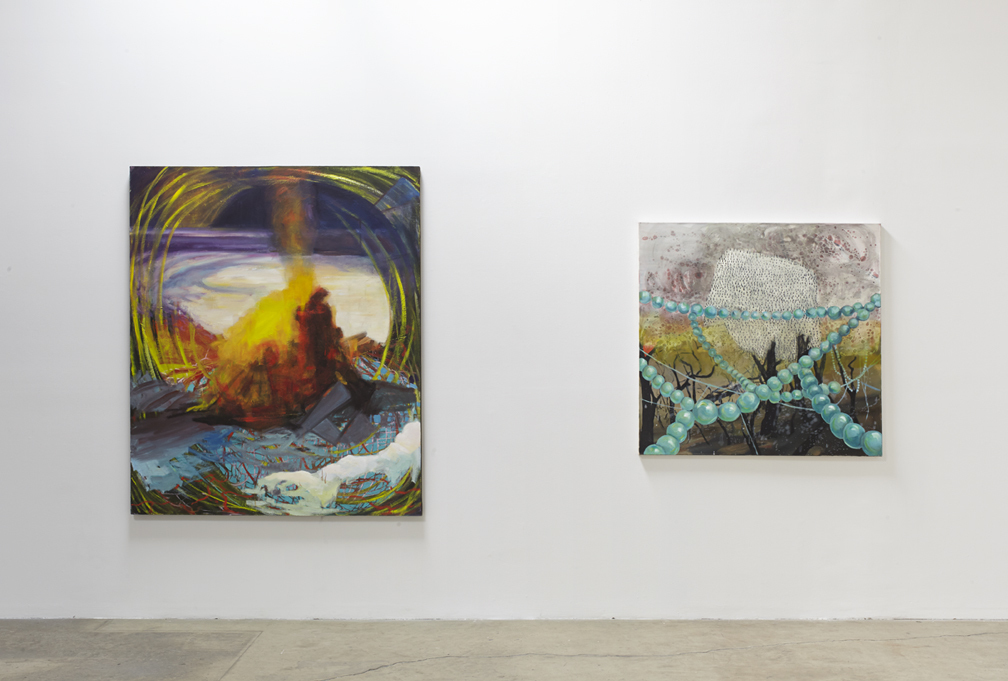 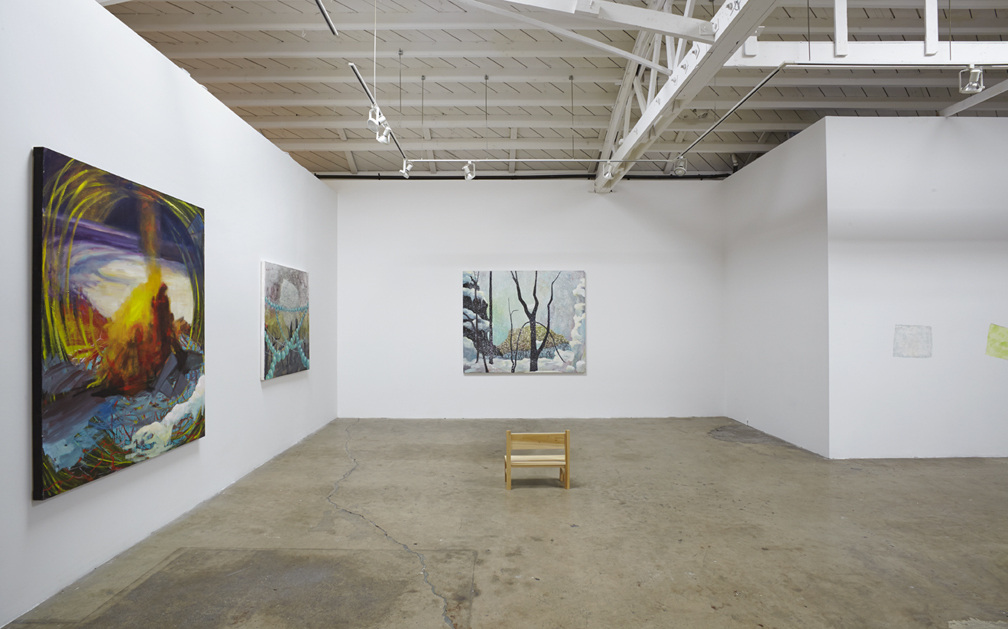 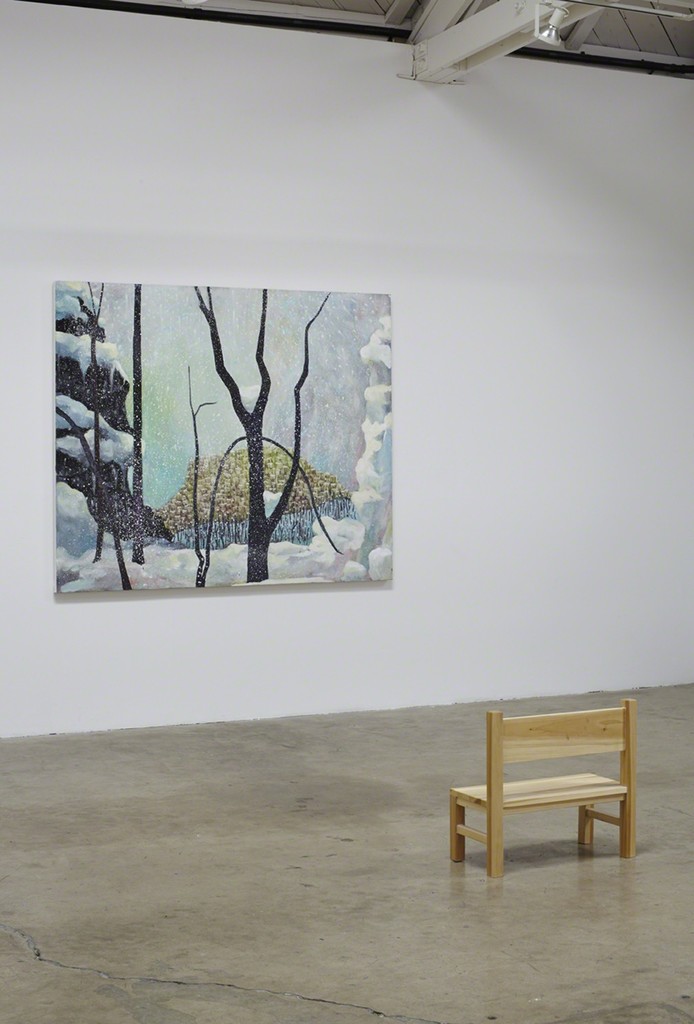 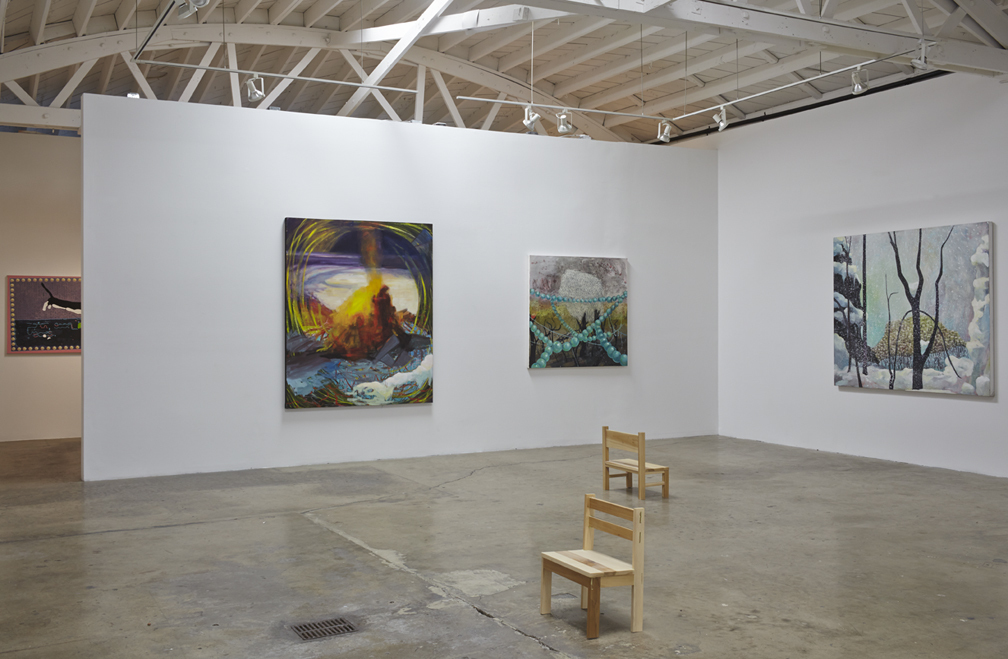 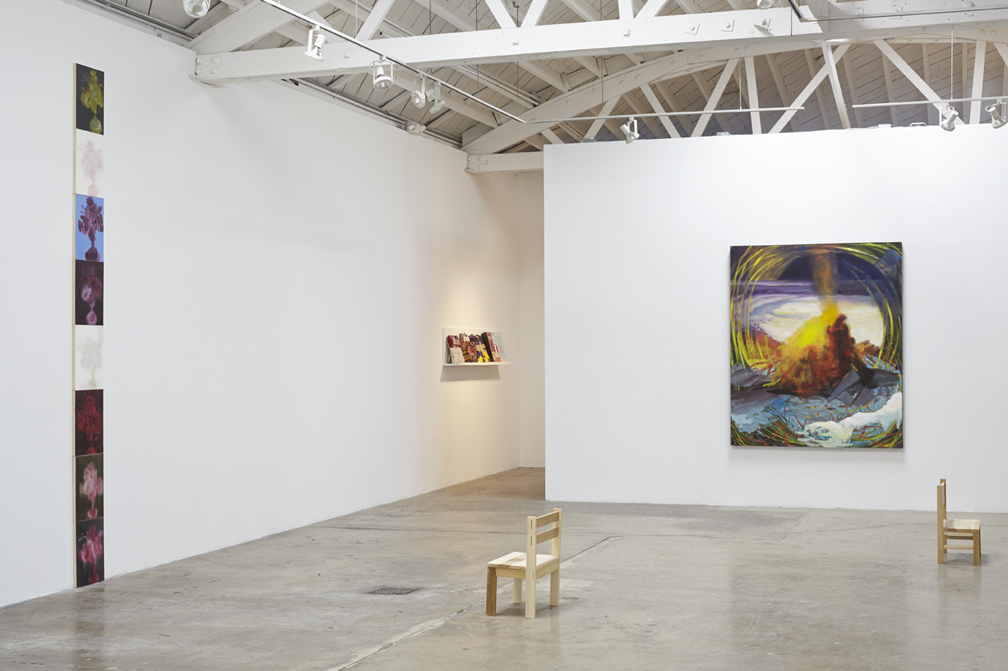 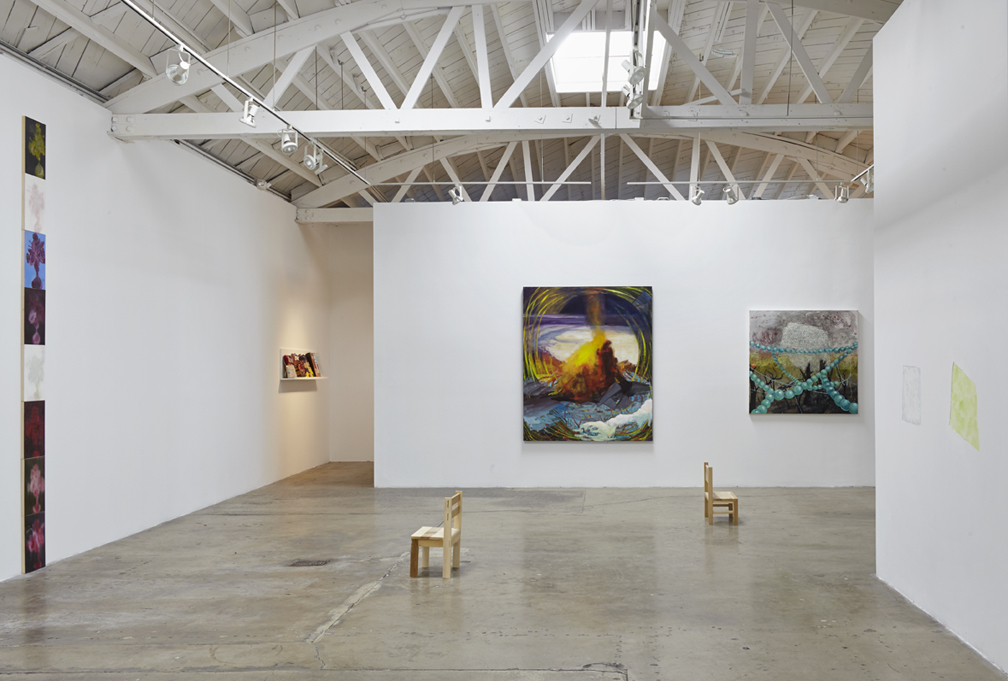 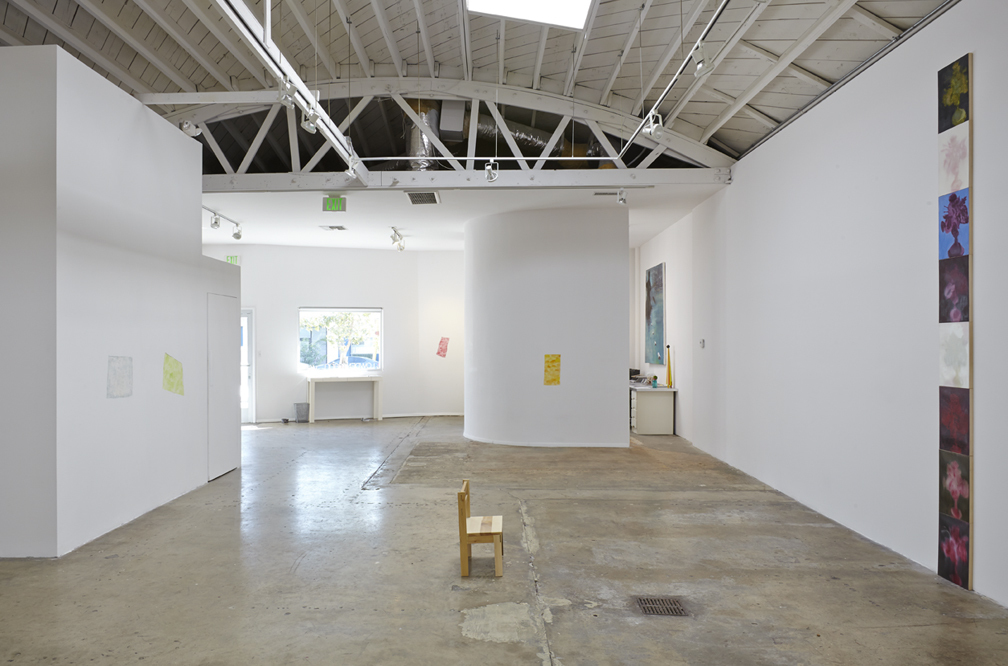 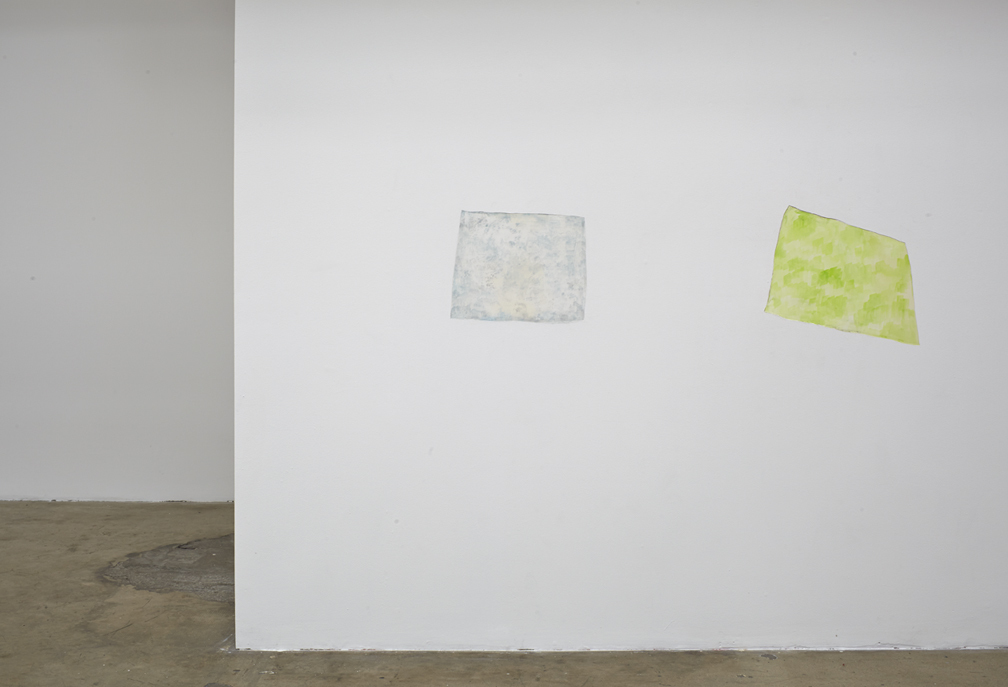 Klowden Mann is very pleased to present Fictions, a group exhibition of work by Los Angeles-based artists Josh Atlas, Srijon Chowdhury, Guan Rong, and Alexandra Wiesenfeld, exploring manifestations of non-linear narrative through paint, sculpture, books, and wall-imbeded works. The exhibition will run from February 1st through March 8th, with a reception for the artists on Saturday, February 1st from 6-8pm.

Fictions acts as an invitation into storytelling, from the perspective of interaction, fantasy, personal history, and the invocation of myth.

In conjunction with the exhibition, the gallery will hold three separate screenings of Berlin-based artist Fette Sans' La Reprise, a 40 minute video piece that Sans presents in constant progress, with one minute added per week and the distinct sections intended to exist beyond the piece's chronological frame. At each screening, the video will be shown with that week's additional minute, and slight variations in order and structure. Screenings will be held at 5pm on Saturday February 22nd, Tuesday March 4th, and Saturday March 8th.

Josh Atlas received his BFA from Carnegie Mellon University, where he focused on performance and video art. He has since focused on integrating comedy and art. He has exhibited at RAID Projects and Cirrus Gallery in Los Angeles, HiChristina and MonkeyTown in Brooklyn, and Allegra LaViola Gallery in New York, as well as exhibitions and performances in Pittsburgh, Denver, San Francisco and other locations throughout the United States.

Srijon Chowdhury was born in Bangkok, Thailand and received his MFA from Otis College of Art and Design in 2013. He has exhibited in Los Angeles at Launch Gallery and Helen Bolsky Gallery, in Miami at Fredric Snitzer Gallery, and at The Gallery in Dhaka, Bangladesh. He will have his first solo show at Klowden Mann in April of 2014.

Guan Rong attended The School of the Art Institute of Chicago and Cal Arts, and has exhibited and performed in Los Angeles, Chicago, Berlin and Singapore.

Alexandra Wiesenfeld was born in Munich, Germany, and lives and works in Los Angeles. She has exhibited throughout the United States, as well as Germany and London, at venues including Klowden Mann and Happy Lion in Los Angeles, the Irvine Fine Arts Center and the Torrance Art Museum, the Dactyl Foundation in New York, among many others. She received her MFA from Montana State University, and teaches at Los Angeles City College. She has had solo shows at Klowden Mann, and will be featured at the upcoming Dallas Fine Art Fair in April of 2014.