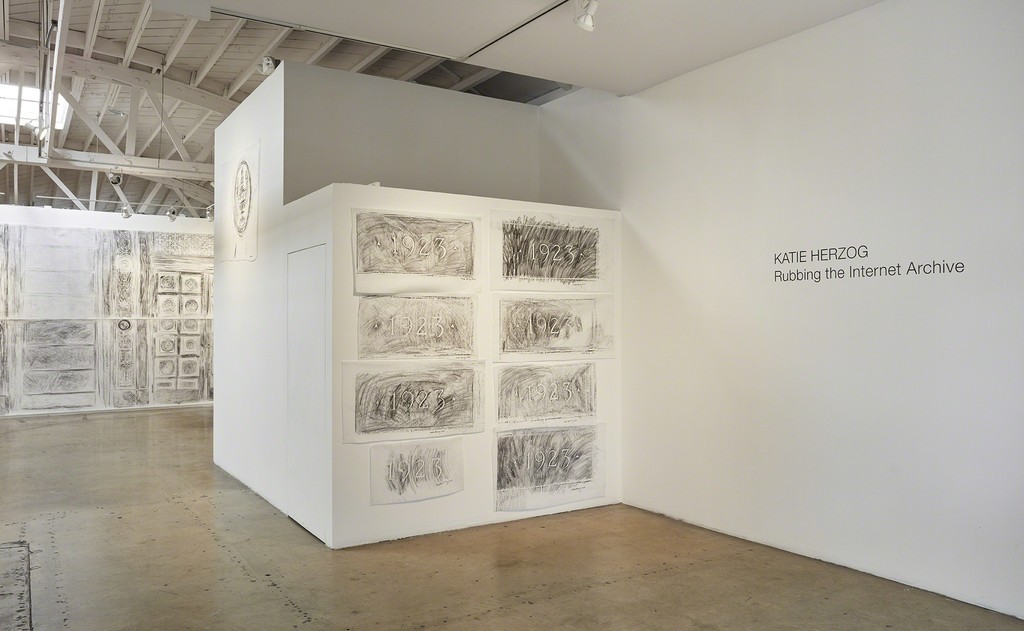 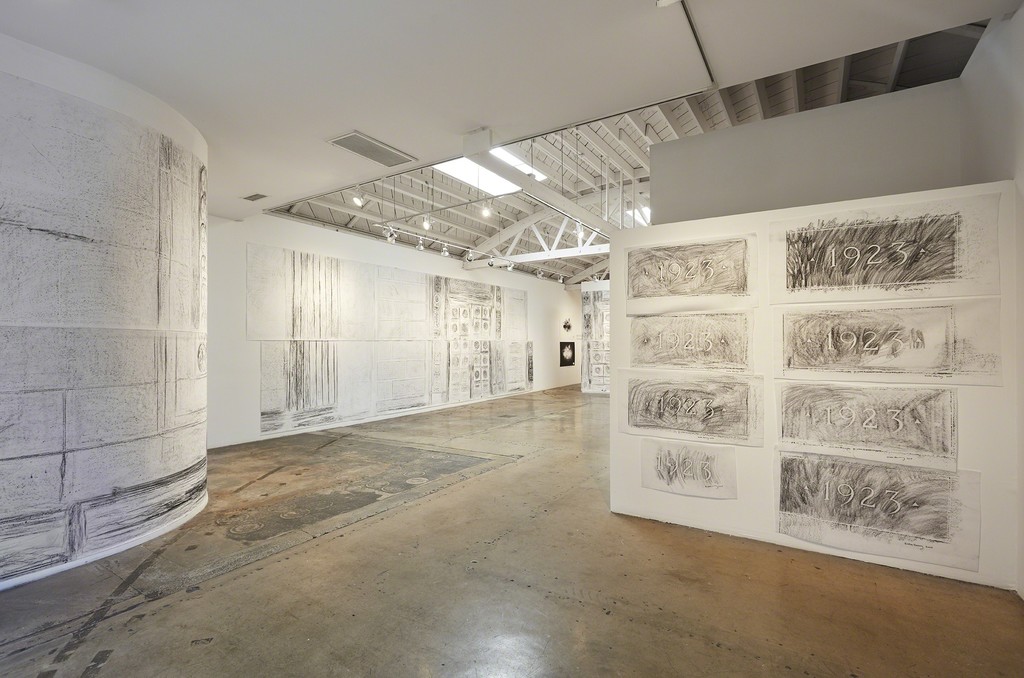 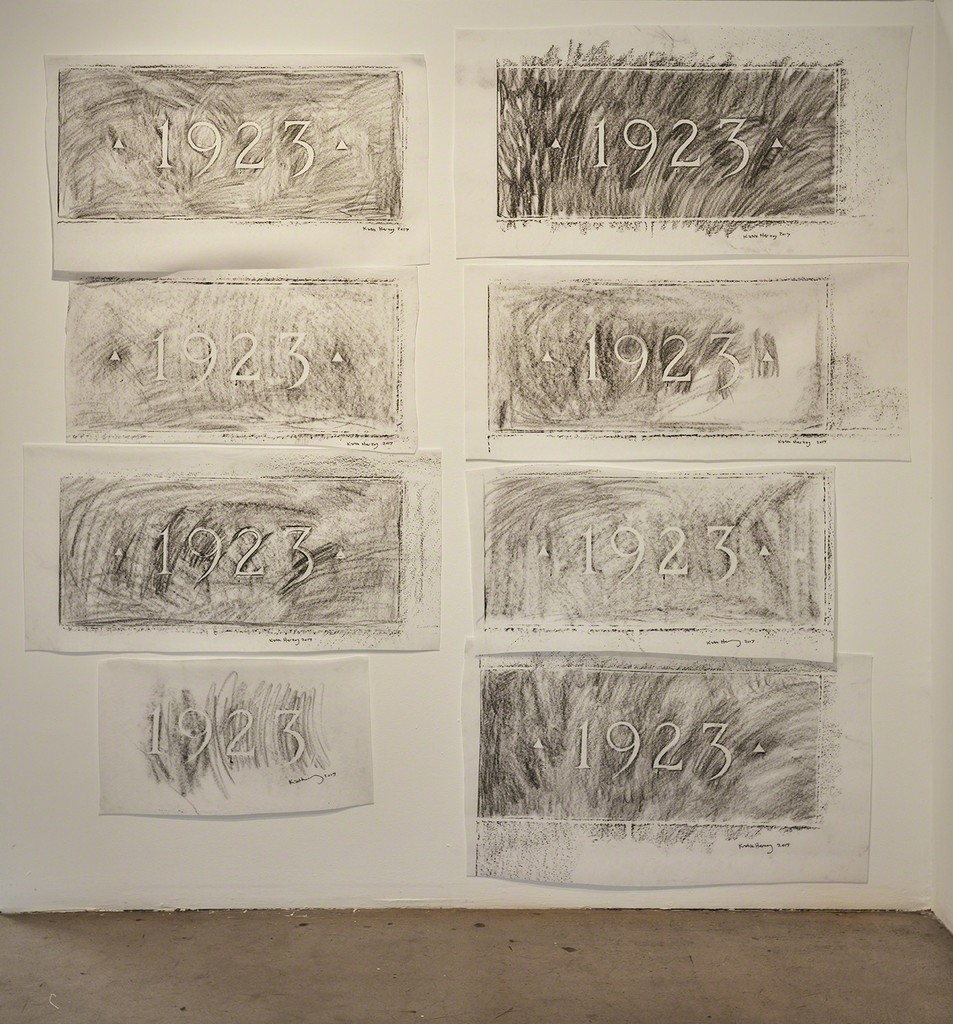 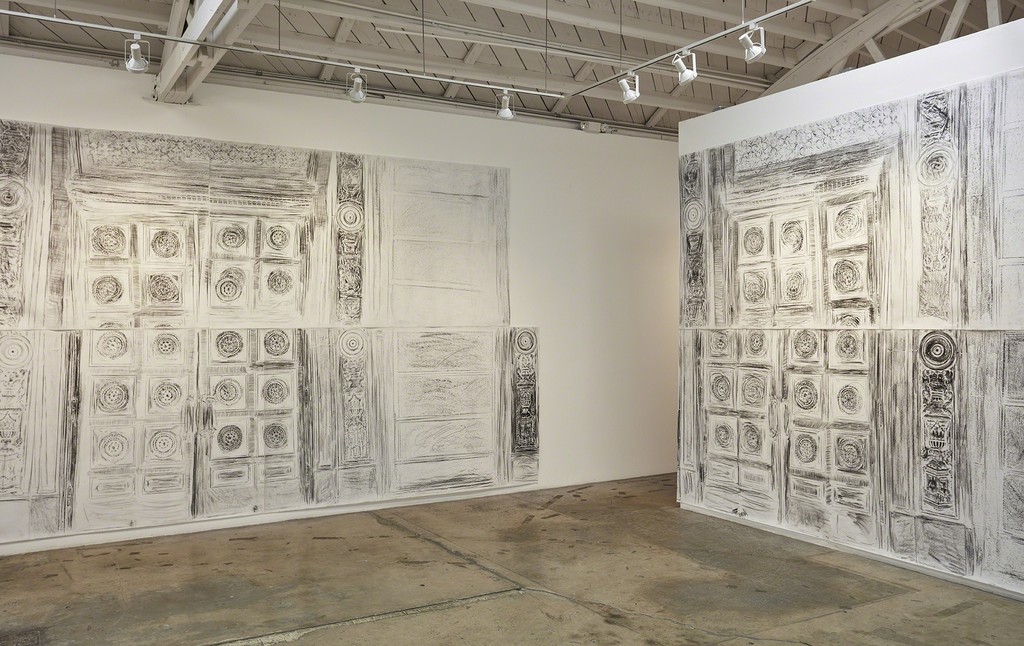 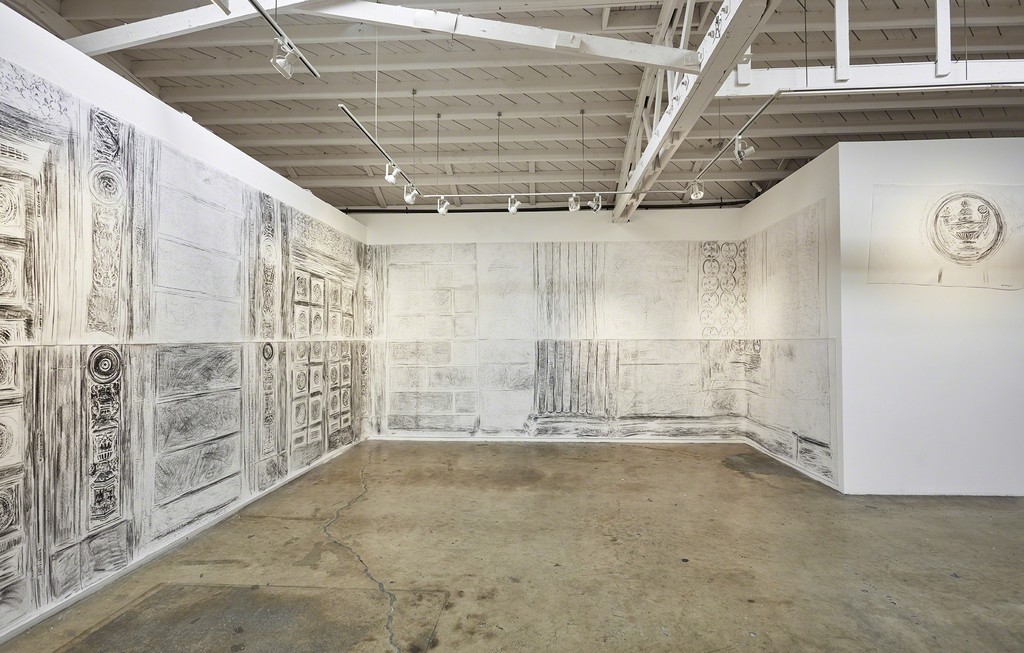 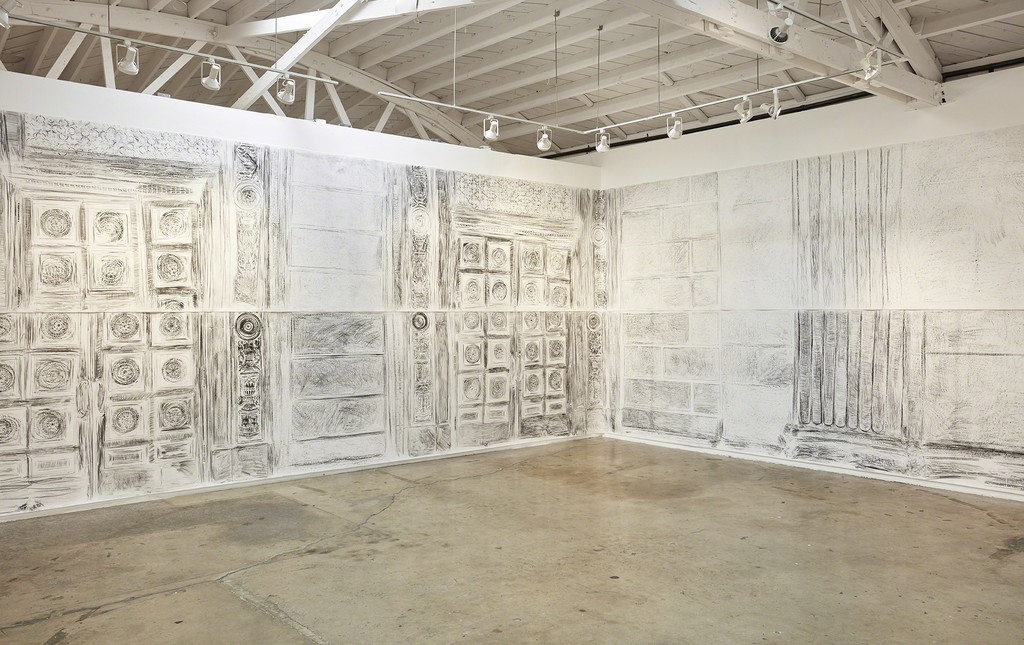 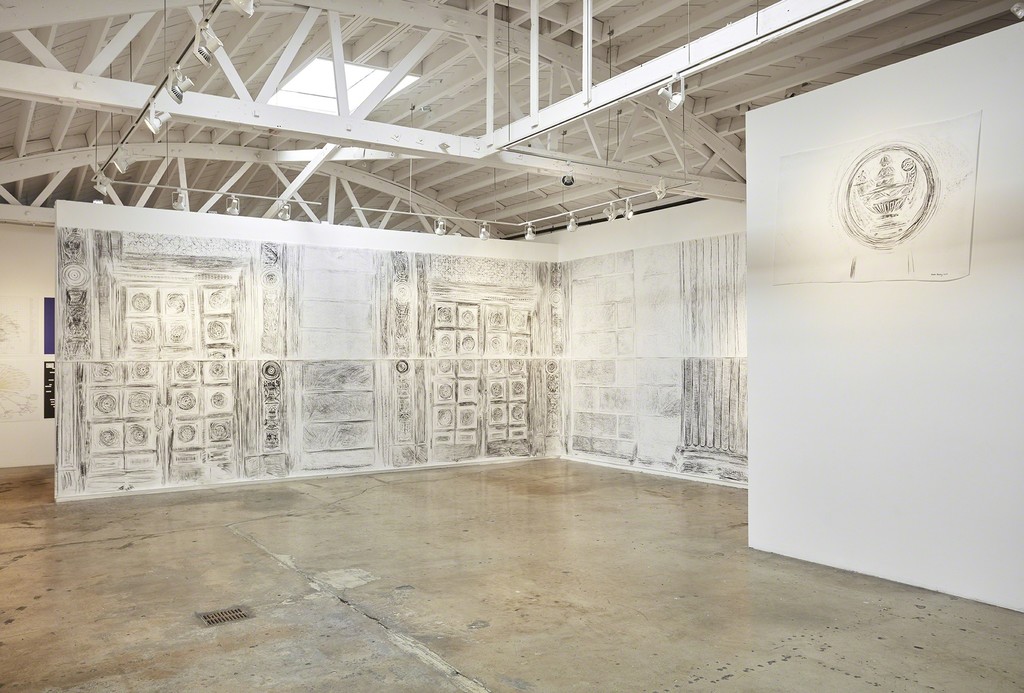 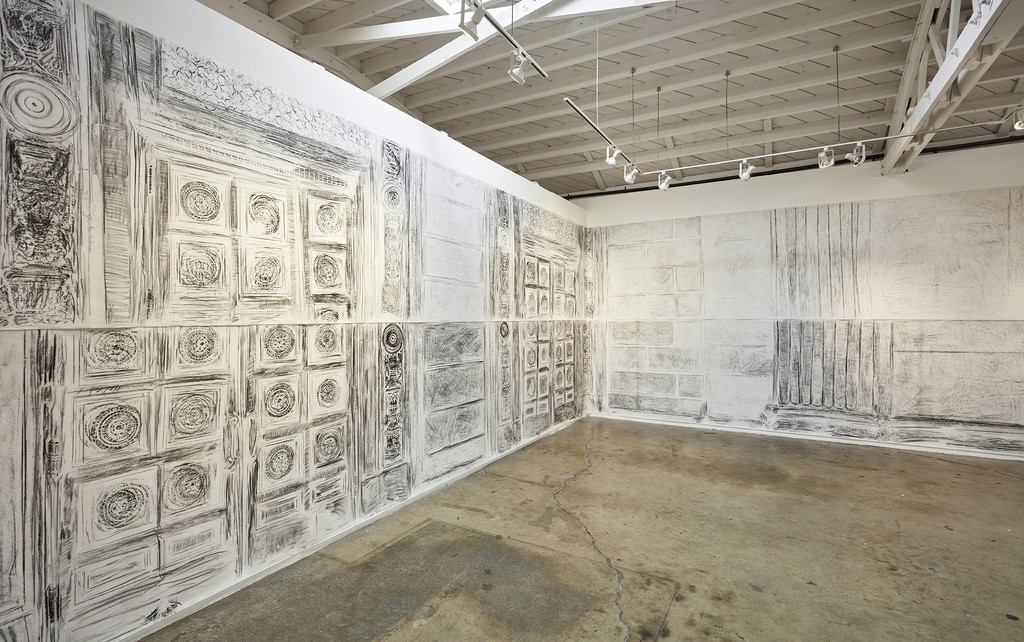 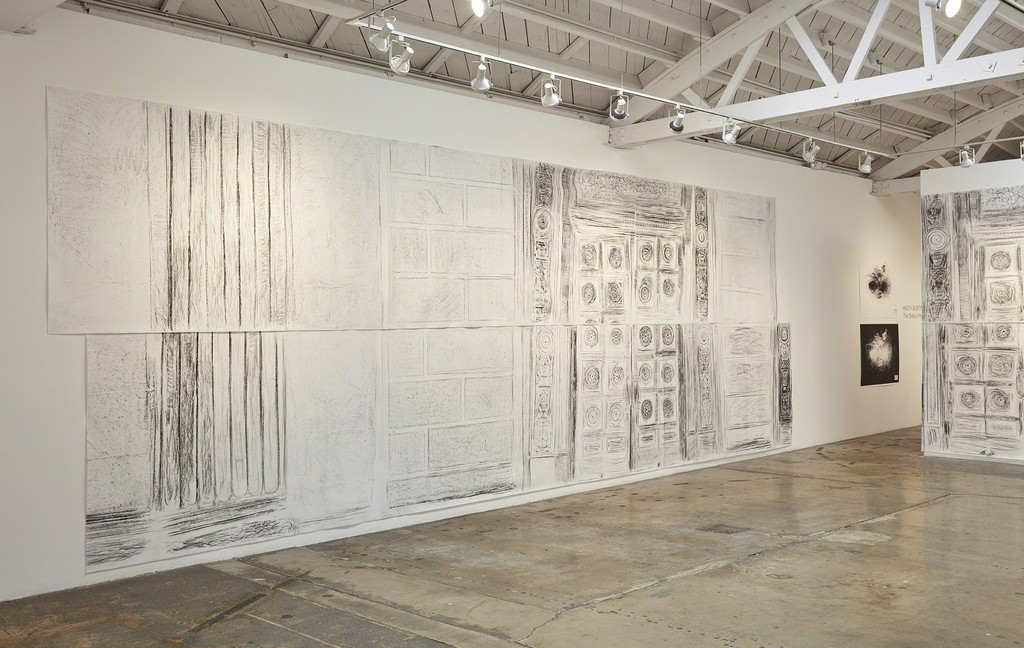 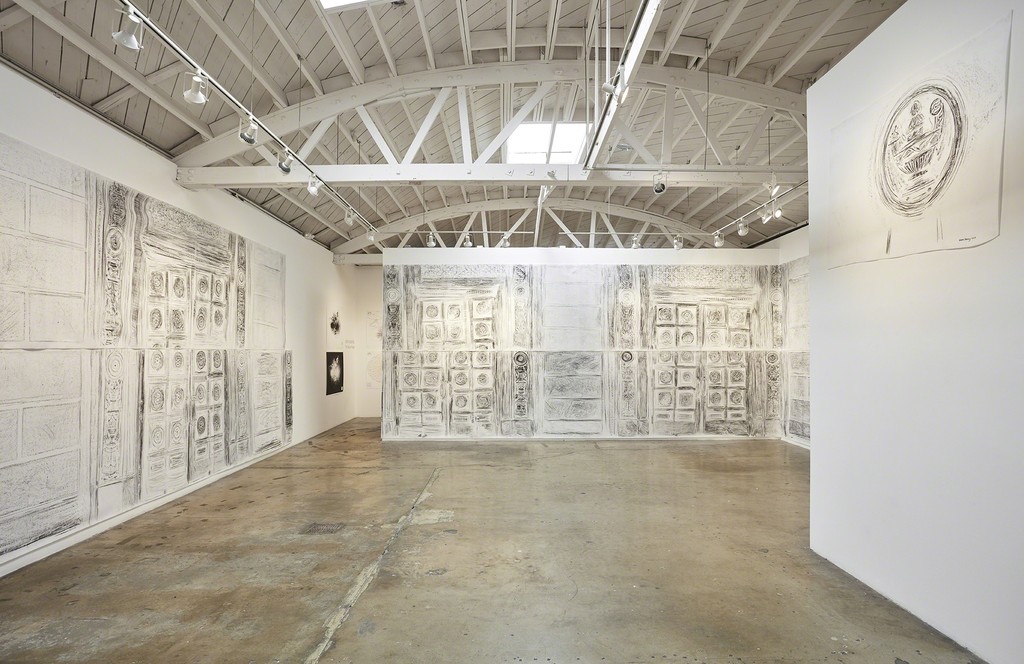 “There is no way to perform architecture in a book. Words and drawings can only produce paper space, not the experience of real space. By definition, paper space is imaginary: it is an image”

KLOWDEN MANN is proud to present Los Angeles-based artist Katie Herzog’s second solo exhibition at the gallery, Rubbing the Internet Archive. The exhibition will be on view from September 9th through October 14th, with an opening reception on September 9th from 6-8pm.

The Internet Archive is a non-profit digital library founded by Brewster Kahle in 1996 with the stated mission of “Universal Access to All Knowledge”. The archive provides free public access to extensive collections of digitized materials including websites (a large portion of which are no longer live), public-domain books, music, software applications, television, and movies. Currently housing over 30 petabytes of data in one copy of the full archive, the Internet Archive has partial backup sites in locations such as Canada, Egypt and the Netherlands.

By rubbing rather than drawing the exterior of the archive building, Herzog has created a two-dimensional physical manifestation of the world’s most extensive archive of digital information, and done so in a way that bodily mimics the digital “web crawling” that has gathered much of the information in that archive. Here, Herzog is looking at the digital divide: as individuals and as a society, what is our physical access points to the digital dissemination of knowledge? If this knowledge represents power, and machines are necessary in order to access it, then for whom and how is that access achieved?

Through the immersive nature of the piece, as well as the insistence on the physical representation of the building itself, Herzog also addresses our societal tendency to view the Internet and digital information as disembodied. While the Archive itself describes the Internet as an “ephemeral medium”, it also details the many mechanisms of material storage necessary to hold its expansive data. This material storage and its backups are also necessary to keep the societal record safe from the potential threats of war, politics, and fire that destroyed many corporeal archives past—including the Library of Alexandria whose Greek columns inspired the decision to house the Archive in the former Christian Science church with a similar facade.

The building itself is important to Herzog because she is interested in asking questions about the user/individual’s aesthetic experiences associated with digital libraries. How does the dissemination of knowledge change based on our feelings about the spaces in which we access data? How does it change based on the branding identities of our devices, or the aestheticized presentation of the information?

Alongside the large-scale rubbing that forms the exhibition, Herzog created a series of rubbing wax drawings that feature the “1923” found on the Internet Archive’s exterior. The number signifies the year the building was constructed, but is also a notable date in the history of the public domain. 1923 is the year before which all works in the U.S. have expired into the public domain—a date that accordingly presents another boundary between private and public knowledge, and the way in which our societal record continues to rest along lines drawn by commodity.

Katie Herzog’s work consistently investigates the politics and power structures of knowledge economies. Through various material and formal applications, she looks at the physical, electronic, and psychological interface between understanding of self, information authority, and hierarchies in which information is accessed and disseminated.

Herzog received a Bachelor of Fine Arts from the Rhode Island School of Design in 2001 and a Master of Fine Arts from the University of California, San Diego in 2005. She was recently awarded a teaching fellowship with ProjectArt, and will be an artist in residence at the Cypress Park Branch Library in 2017-2018. She has participated in a number of artist residencies including Skowhegan, The Banff Centre, Bblackboxx, Ox-Bow, and Program Initiative for Art and Architecture Collaboration in Berlin, and her work is in the collections of numerous public institutions including The Los Angeles County Museum of Art, The Thomas J. Dodd Research Center at the University of Connecticut, The Rhode Island School of Design, and the Tom of Finland Foundation, among others.