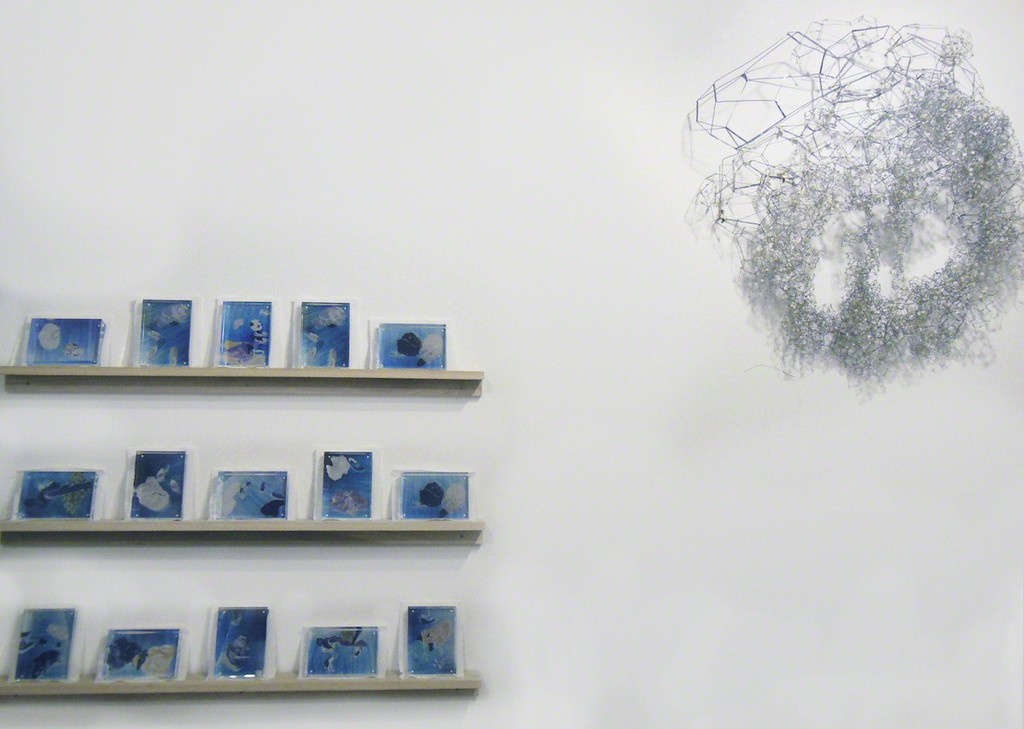 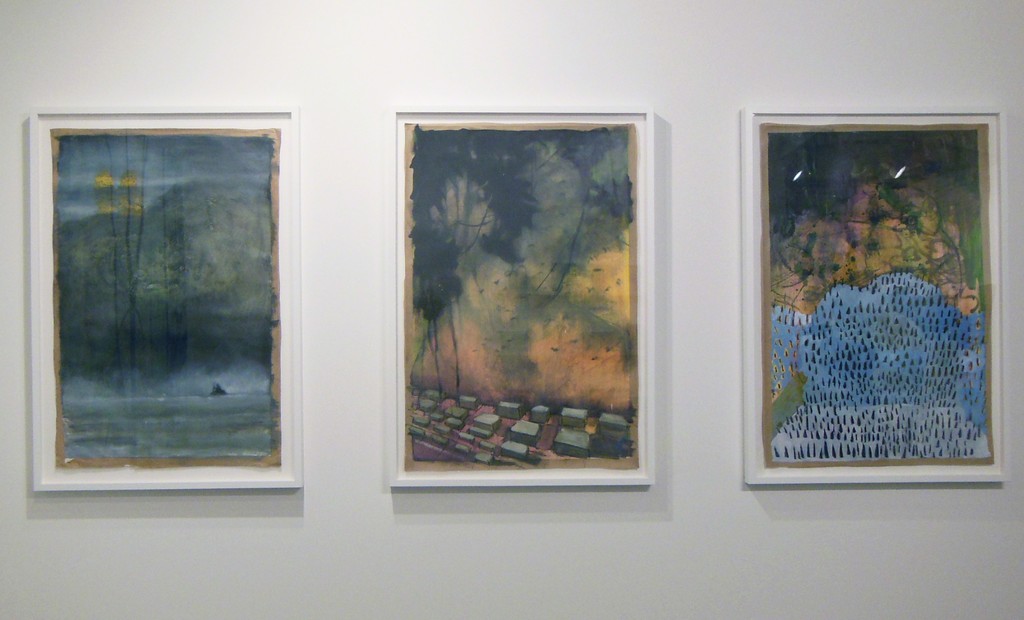 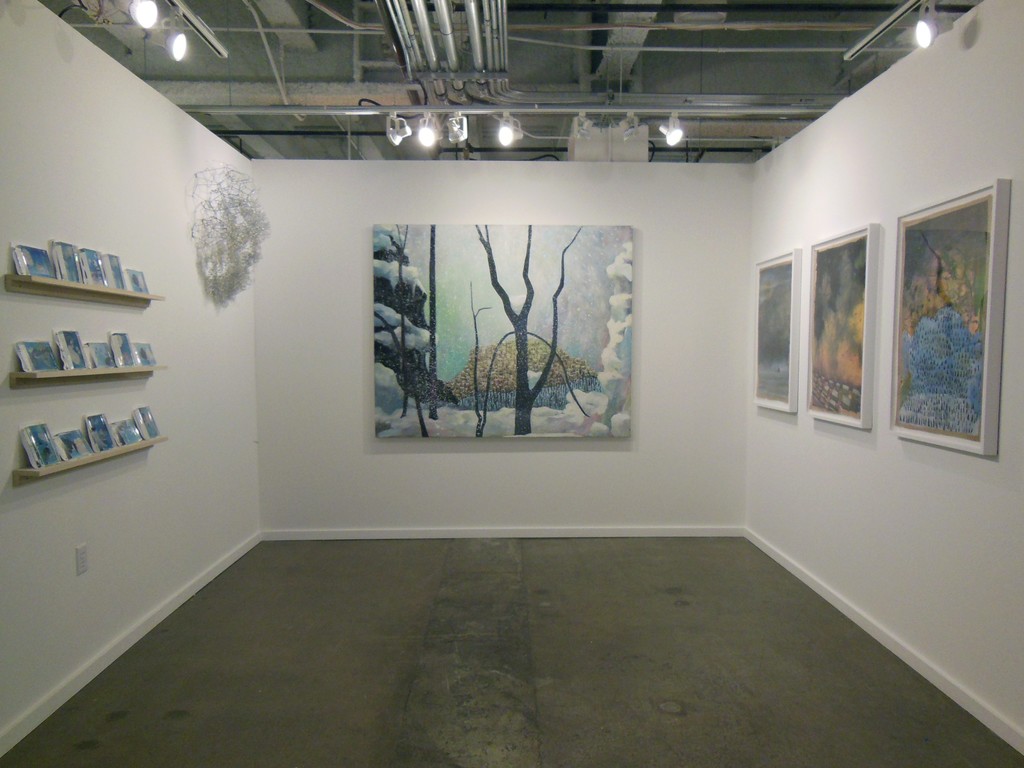 Klowden Mann is excited to present work by gallery artists Bettina Hubby, Rebecca Ripple and Alexandra Wiesenfeld for the 2014 edition of the Dallas Art Fair.
The gallery will exhibit 15 photographic prints on fabric by Los Angeles based artist Bettina Hubby. The series, entitled "sex without the people", continues Hubby's work approaching the way in which physical bodies interact with and define space, and the various levels of ritual used in the individual and communal construction of identity. Hubby received her MFA from the School of Visual Arts in New York. Her practice is wide-ranging, encompassing curatorial and project-based work as well as more traditional media such as collage, drawing, printmaking, sculpture and photography. Her work and projects have been featured at in Los Angeles at Klowden Mann, the Santa Monica Museum of Art, The Center for the Arts, Los Angeles Contemporary Exhibitions, WPA and many others, in Santa Barbara at the Contemporary Arts Forum, with Klowden Mann at art fairs in San Francisco and Miami, and in New York at venues including Winkleman CRL and The Drawing Center. She has been featured on NPR, and her work has been written about in the L.A. Times, The New York Times Magazine, Artillery, the Huffington Post, L.A. Weekly, Notes on Looking, and many others.
Alexandra Wiesenfeld will present three mixed media paintings on paper, and one oil painting on canvas. This series of imagined landscape works explores Wiesenfeld's interest in creating pieces that provide an invitation into non-linear narrative, as well as the idea that all landscape is fantasy or invention, without an original referent free of human intervention. Wiesenfeld is a German-born, Los Angeles based artist, who works primarily in oil on canvas, and mixed-media on paper. She draws and paints in layers, allowing the history of idea and feeling to inform her final choice of imagery. She received her MFA from Montana State University, and has exhibited extensively throughout Los Angeles and California, as well as New York, London, and throughout Germany, and she was the recipient of a National Endowment for the Arts fellowship and residency at Roswell Foundation for the Arts, New Mexico. Her work is included in public and private collections throughout the United States and Germany.
Rebecca Ripple will exhibit a galvanized steel wire sculpture entitled “fid”, presented on the wall, in which the letters f-i-d are created by the negative space formed within the piece. The wire forms mimic the building blocks of physical biological structure--the basic building blocks of matter-- while the word "fid", makes reference to the Latin root for faith and trust Here, Ripple explores the ways we come to understand knowledge, and how it creates meaning for us. The formal intricacy of the piece also makes reference to fashion, and the way in which fashion utilizes formal non-sequiturs to create an aura or climate for experience. Ripple received her M.F.A from Yale University in 1995, and has exhibited in the United States and in Italy, including shows at Klowden Mann, Kristi Engle Gallery and the Brewery Project in Los Angeles, the Armory Center for the Arts in Pasadena, Rosamund Felsen Gallery in Santa Monica, Upfor Gallery and the Portland Institute for Contemporary Art in Portland, Ludwig Drum Factory in Chicago, and many others. Her work has been featured in Sculpture Magazine, and reviewed in Artillery, Art Ltd., LA Weekly, ArtScene, Chicago Tribune and American Craft. She attended the Skowhegan School of Painting and Sculpture, and has received multiple awards including a C.O.L.A. City of Los Angeles Individual Artist Fellowship and a Nathan O. Freedman Endowment for Exceptional Creative accomplishments Award. She teaches at California State University, Northridge and Los Angeles Community College, and she lives and works in Los Angeles.