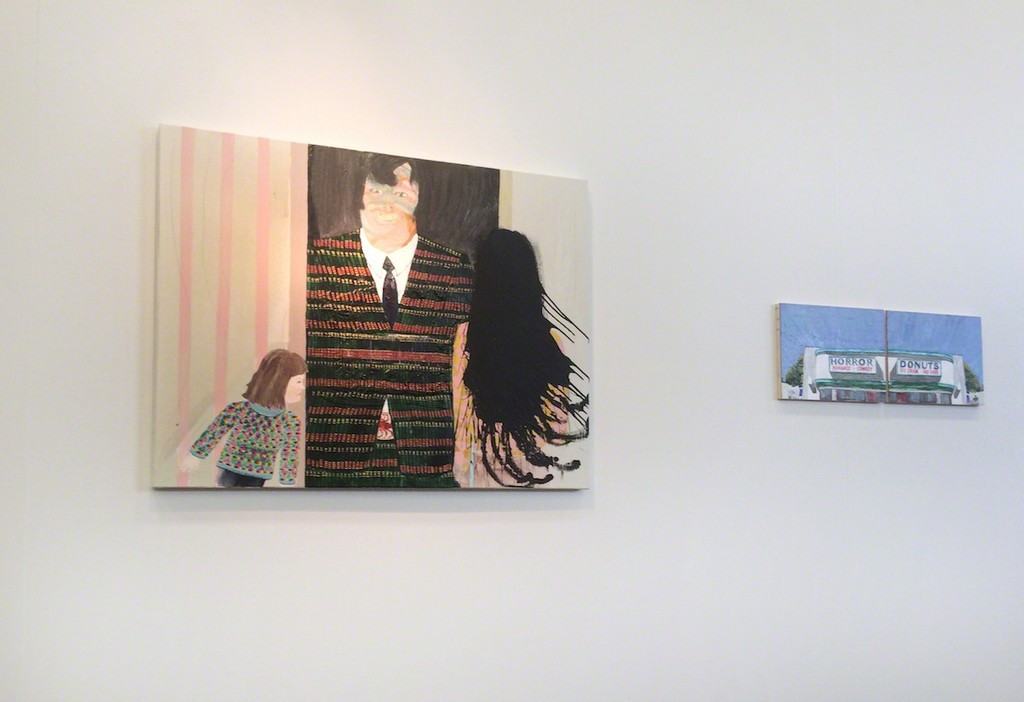 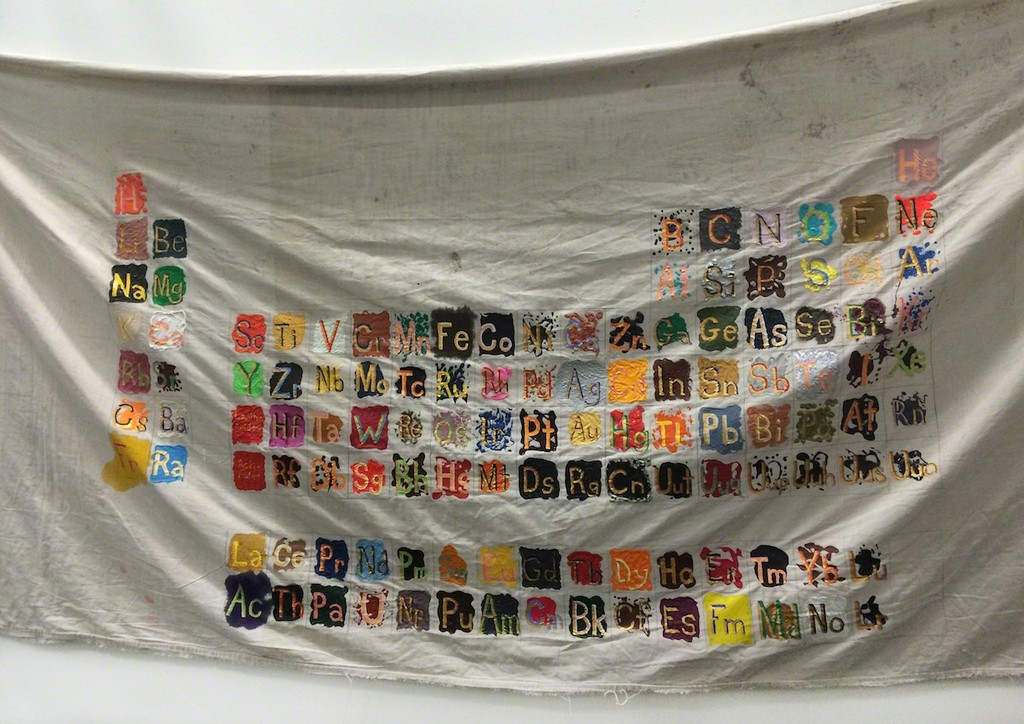 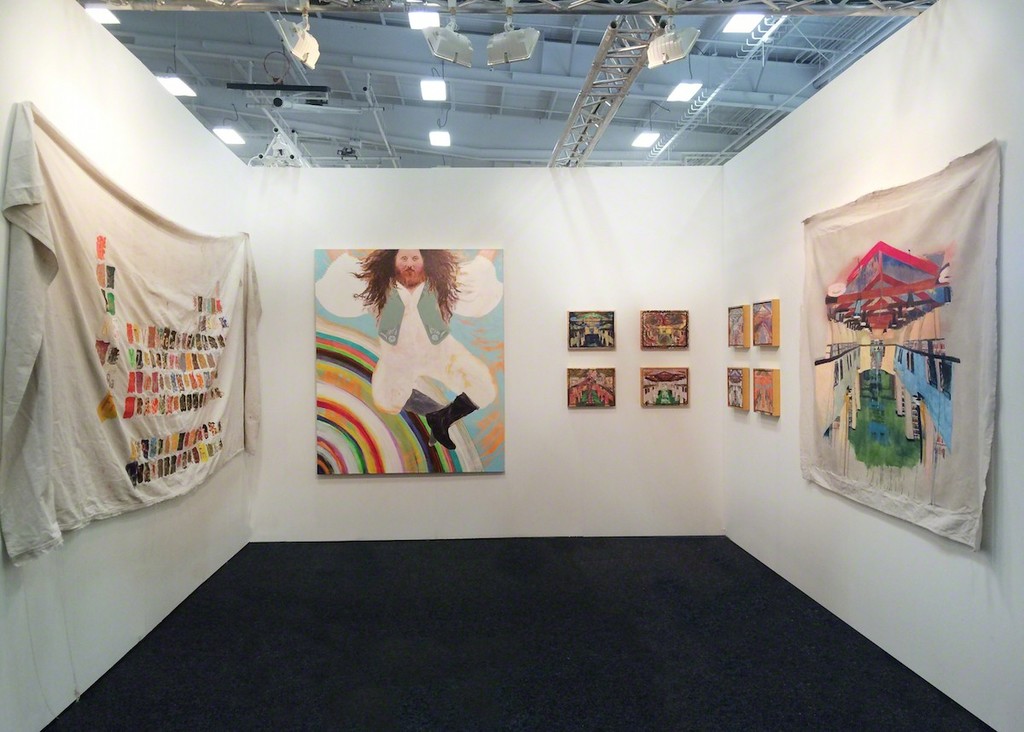 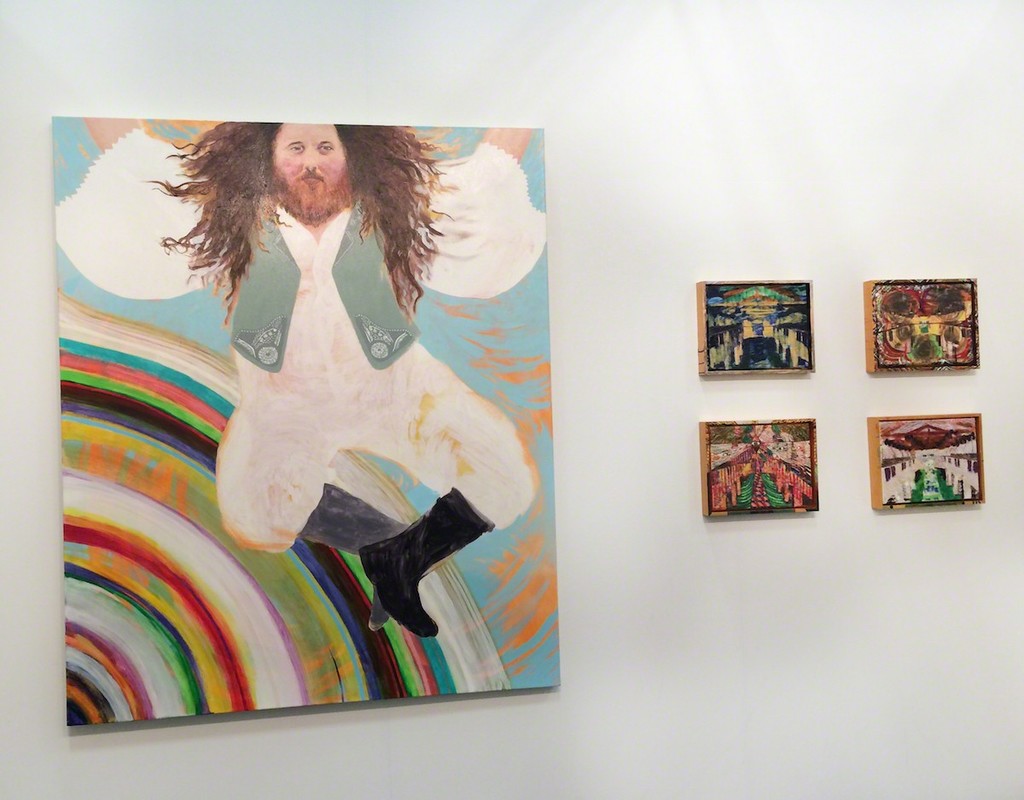 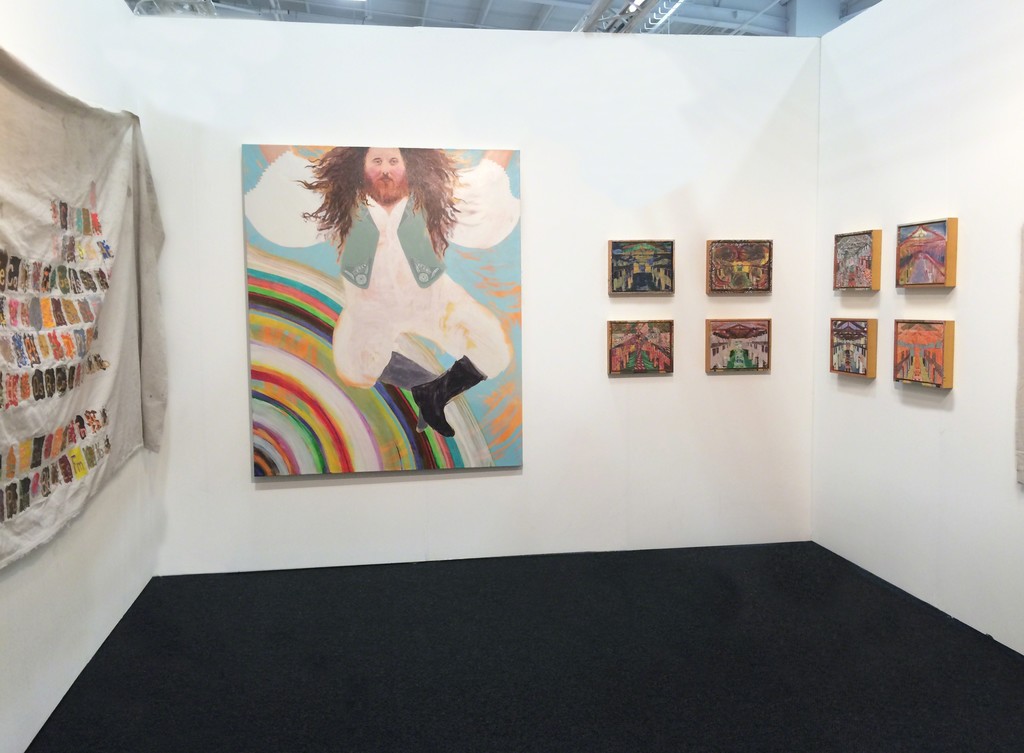 Klowden Mann is proud to announce our participation in the fourth edition of NADA NY, with a solo presentation of work by Katie Herzog. NADA NY takes place at Pier 36, Basketball City, at 299 South Street on the East River, New York, from Thursday May 14th through Sunday May 17th.

Katie Herzog’s work investigates knowledge politics and the power structures at play in knowledge economies. Klowden Mann’s solo presentation of Herzog’s paintings at NADA NY will take her Altered State Library series as the core for an exploration of ontologies of knowledge and the physical, electronic, and psychological interface between the understanding of self and the authority of information hierarchies. First exhibited at Los Angeles’s Monte Vista Projects, Herzog’s paintings in this series began as a site specific conceptualization of the Arroyo Seco Regional Branch Library in Los Angeles, each in a series of eight small oil paintings created through the lens of a different psychedelic drug; two of the paintings made specifically for this presentation at NADA NY. Herzog intends the paintings to symbolize the embodied subject in contemporary information theory, with the understanding that as our information culture moves further and further into the digital realm, libraries and the buildings that house them are now becoming defined by a sensory perception of place—by the specific spacial, visual, auditory, and olfactory experiences of location—rather than by the information content of the physical books they contain. P.N. Witt’s infamous 1948 research study on the effect of drugs on spiders is one of the main inspirations for the series, as well as the chemical relationship between paint and madness, and what Herzog describes with both humor and gravity as the “perceived identity crisis of the contemporary librarian.” Along with approaching these ideas, the works ask the question, what happens when the arbitration of knowledge becomes disembodied, and does that apparent liberation of knowledge actually disseminate its authority?

Formally, Herzog employs strategies that she intends to foreground the materiality of the work in order to symbolize the materiality of the mind, and the way in which the brain's chemical structure translates into experience, and reflected content. Herzog paints the smaller works with oil and acrylic on canvas, finished in a wooden frame on which she continues the representation seen on the canvas. Here, the frame provides just enough interruption to make the viewer conscious of the purposefulness of both the break in the image, and its continuation. The smaller works are complimented by larger paintings on unstretched canvas, one of which also depicts the Arroyo Seco Library, and another, Herzog’s Periodic Table of Elements, which highlights the materiality of text in the civic sphere by combining poured paint on a found drop cloth with lettering modeled after the City of Los Angeles beveled municipal font painted on the side of service trucks.

For this presentation, Herzog’s Altered State series has been paired with two of her earlier works, both of which further examine epistemology, knowledge and authority, but from a more narrative framework. Freedom (Richard Stallman Folk Dancing) depicts Richard Stallman, a leader of the free software movement, enjoying one of his favorite (and highly embodied) activities, one that he apparently engaged in often before a knee injury forced him to quit. Door to Door Encyclopedia Salesman presents a woman and child receiving an encyclopedia salesman into their home. Here again we see Herzog looking at knowledge authority, specifically in the form of a massive encyclopedia object, and the play of what it means to invite that authority into a physical environment.

Katie Herzog lives and works in Los Angeles, where she serves as the Director of the Molesworth Institute, is a Board Director for Monterey County Free Libraries, and describes herself quite literally as a “library school dropout,” studying Library and Information Science at San Jose State University, and then working at a number of public and academic libraries ranging from a rural bookmobile in Monterey County to the Kappe Library at the Southern California Institute of Architecture in downtown Los Angeles. Herzog received her Bachelor of Fine Arts from the Rhode Island School of Design in 2001, and her Master of Fine Arts from University of California San Diego in 2005, with additional study at Skowhegan School of Painting and Sculpture, and Columbia University. Herzog has participated in residencies at Bblackboxx in Basel, Switzerland, the Banff Centre in Alberta, Canada, the Program Initiative for Art and Architecture Collaborations in Berlin, Germany, and Ox-Bow in Saugatuck, Michigan. She has received an ARC Grant, and was a nominee for the Museum of Transgender History and Art Award, and a Finalist for the Creative Capital Grand and Cartier Award. Her exhibitions in Los Angeles have been held at Monte Vista Projects, Night Gallery, Autonomie, Actual Size Gallery, and Circus Gallery among others, as well as numerous public and commercial venues across California and venues in England, Philadelphia, Illinois, New York, Canada and Mexico. Her work is held in the permanent collections of the Los Angeles County Museum of Art and the Rhode Island School of Design, as well as numerous private collections, and has been written about extensively in publications such as ArtForum, the Los Angeles Times, LA Weekly, and New American Paintings. A discussion of her series Transtextuality (Senate Bill 48) will be included in the forthcoming TSQ: Transgender Studies Quarterly from Duke University Press.