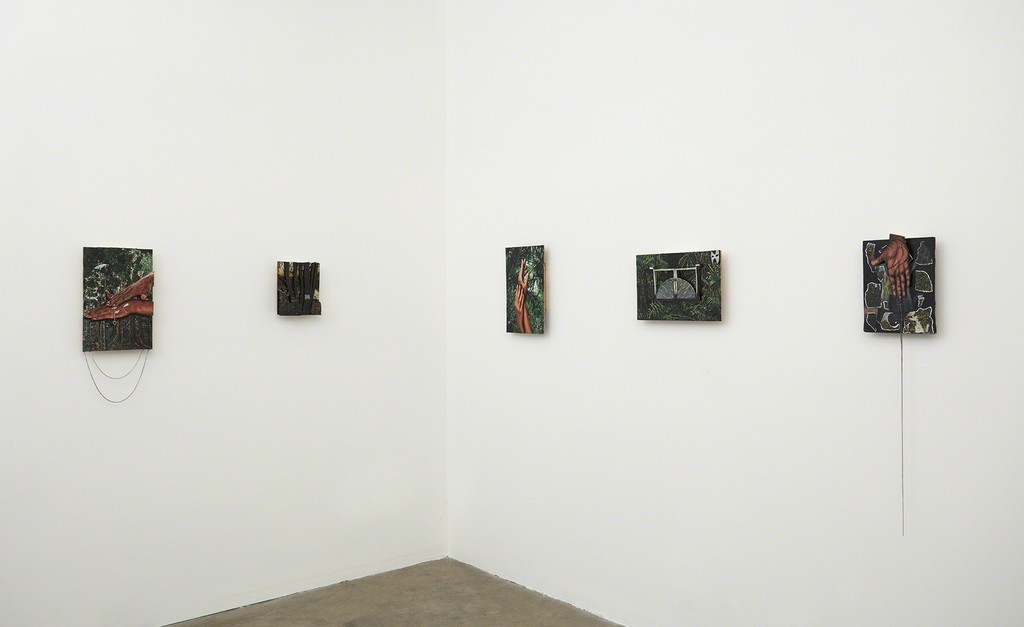 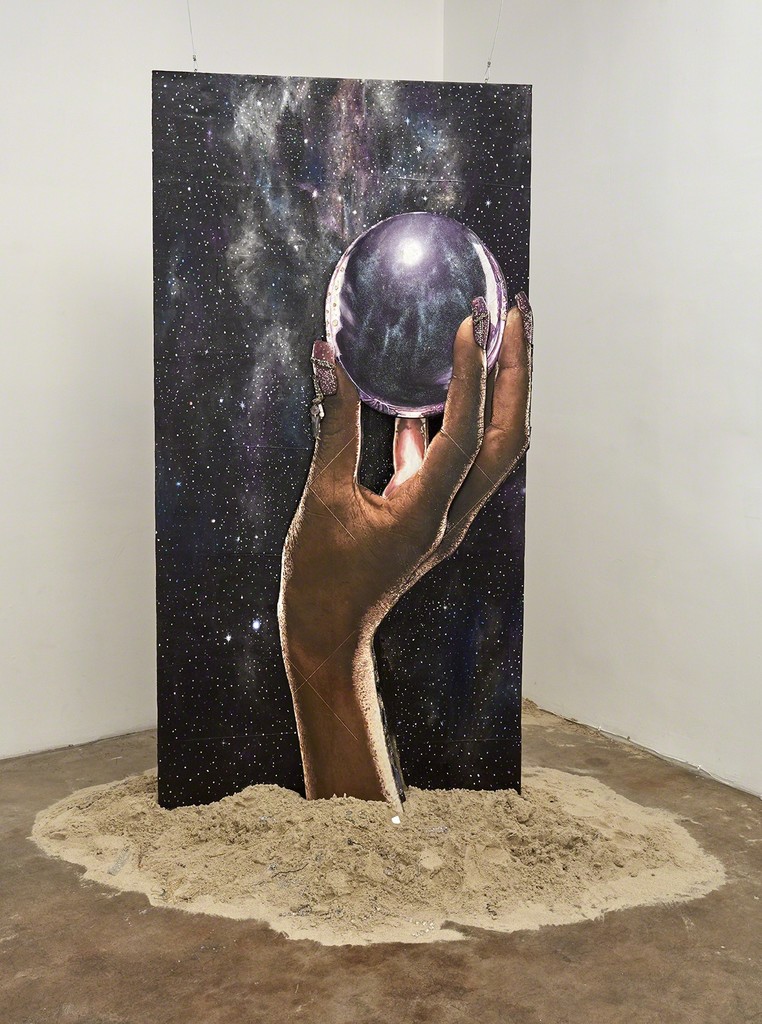 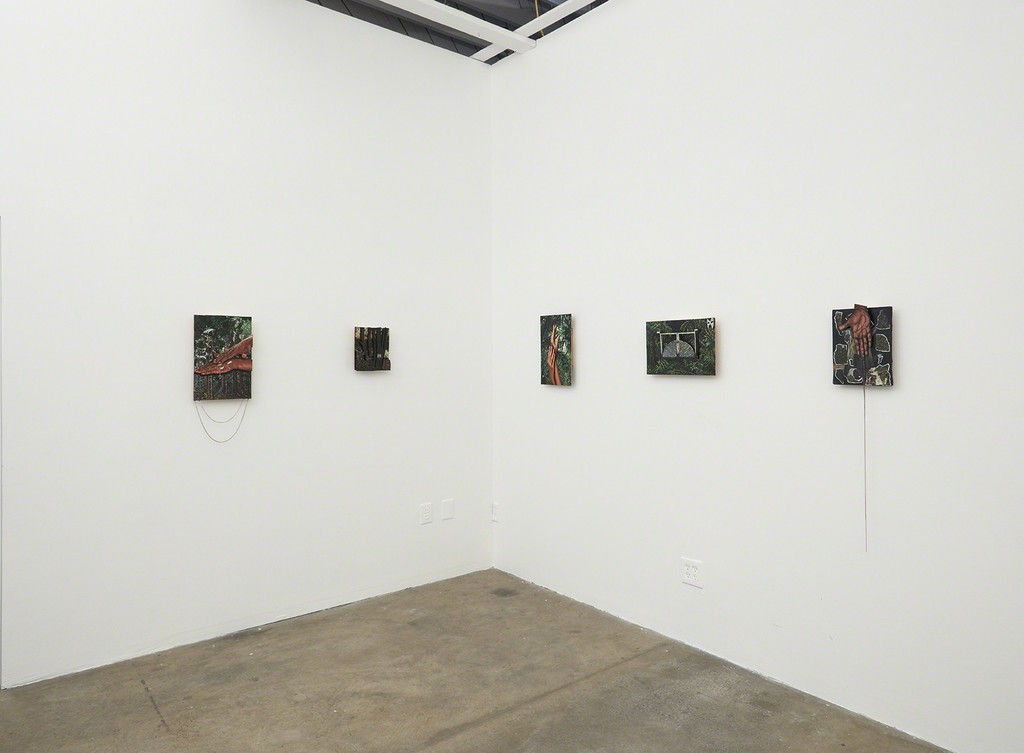 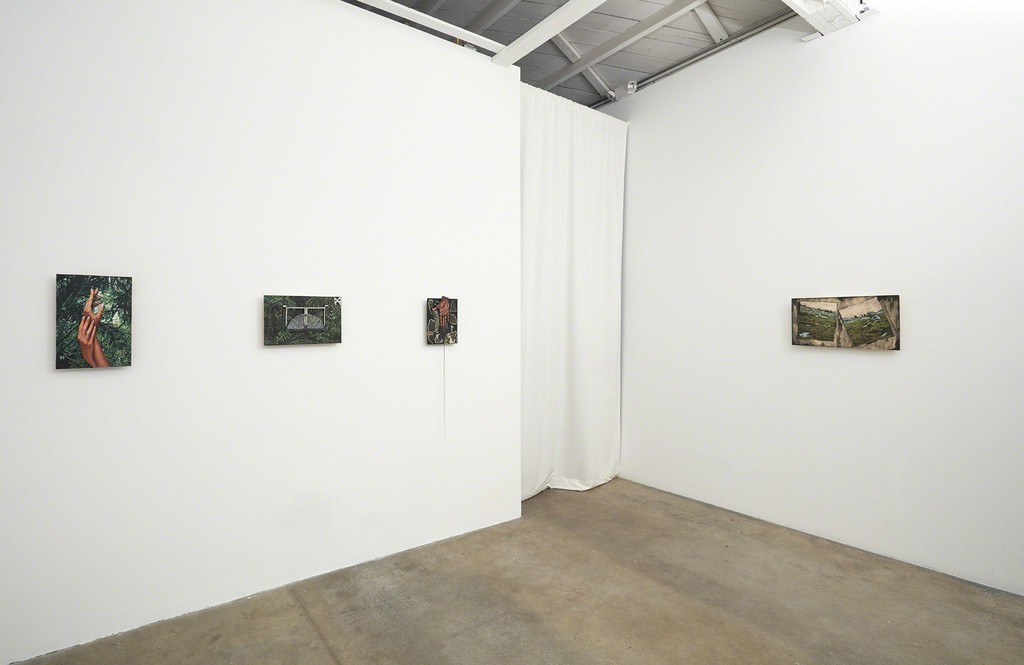 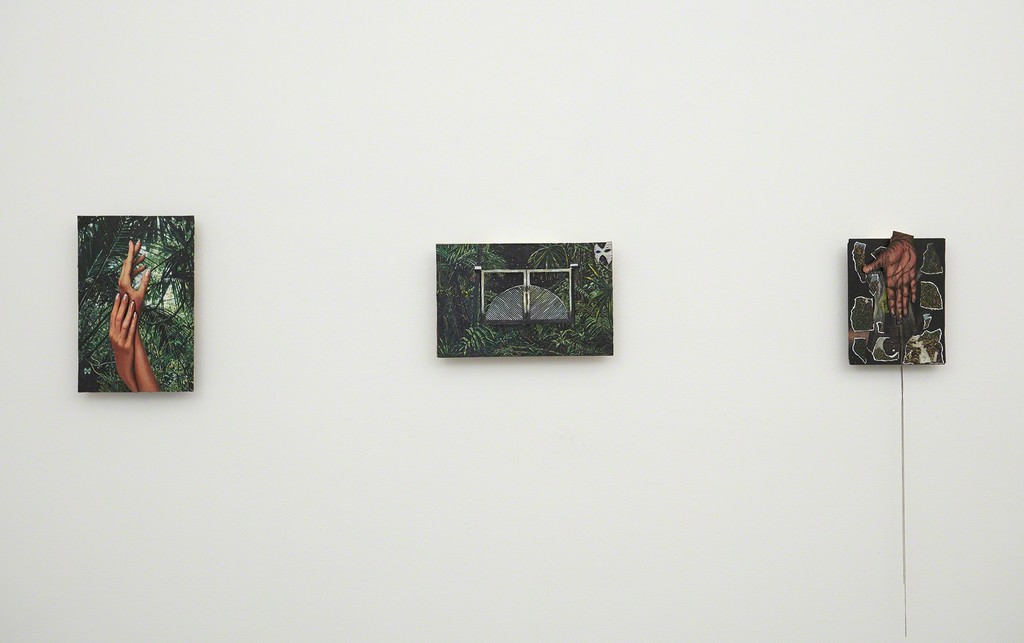 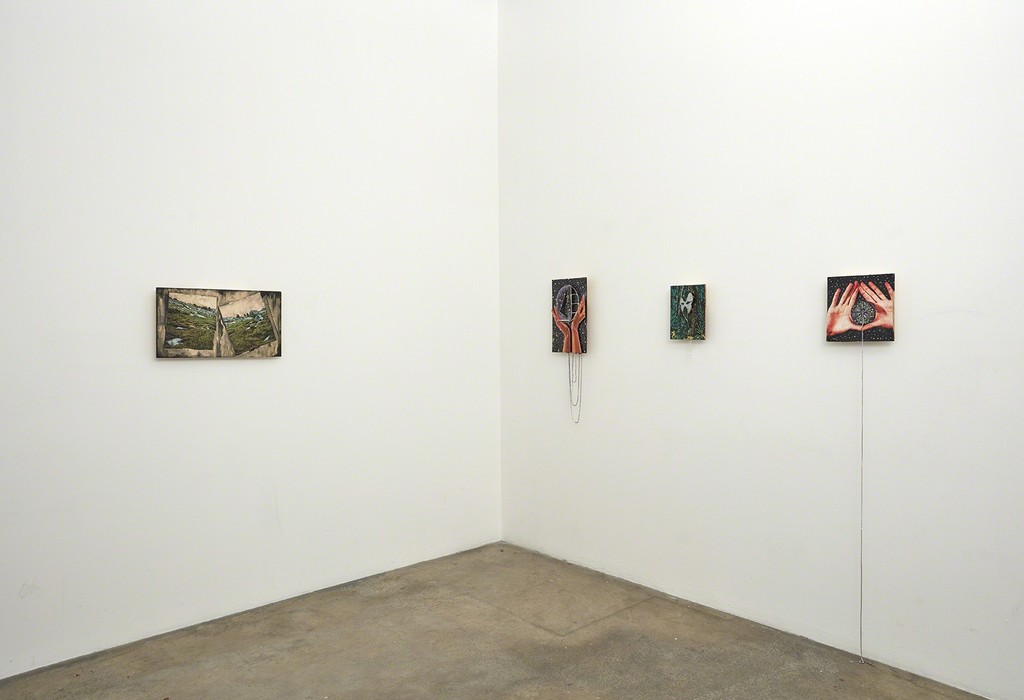 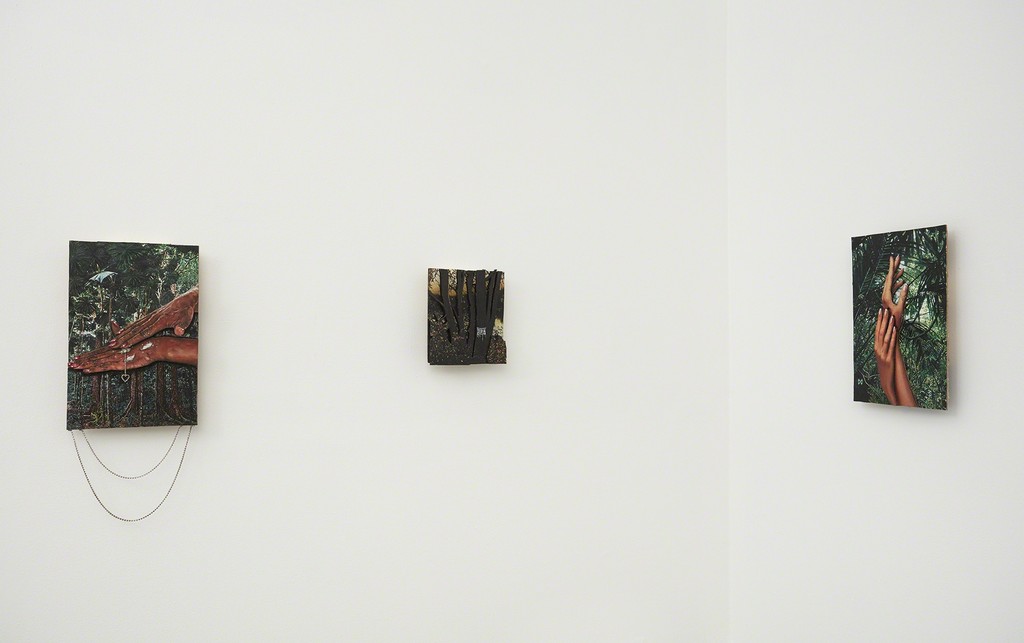 KLOWDEN MANN is proud to present Los Angeles-based artist Sarah Cromarty’s first solo exhibition at the gallery, Studies for a Bigger Picture #HANDSINTHEDARK #WeDidntStartTheFire. The exhibition continues Cromarty’s exploration and embodiment of a fantasy-world in which human bodies have the possibility to transcend and escape this reality, while remaining deeply present as challenging physical beings. The exhibition is on view from December 10th, 2016 through January 21, 2017, with a reception for the artist on Saturday December 10, from 6-8pm.

The first room of the exhibition is populated by smaller works, frequently featuring one or two hands in the foreground in front of a background of lush trees, constellations. The hands are often holding or framing an object of seemingly magical origin, reinforced by glitter and streams of rhinestones that sometimes fall down from the piece onto the floor. Some landscapes or constellations stand alone; the viewer acting as the instrument of human magic.

Cromarty consistently reinforces the tension between physical presence and escape through her representational execution and the material way in which she layers cardboard, matte board and paint in order to construct three dimensions while playing with two. The combination of highly articulated representation with cardboard construction that revels in its own fallibility allows Cromarty to speak about mythology and its unavoidable dissolution at the same time. At the core of this work is the desire for something larger—escapism functioning as a byproduct of desire, and maybe even as a nearly political act. The smaller works are close-up moments of the longterm characters that have and continue to populate Cromarty's fantasy world, in which stunningly real bodies become wizards in potent imaginary landscapes.

In the second room of the exhibition stands an 8 foot by four foot painting of hand holding a glowing purple orb, glittering nails pointed upwards, backed by a constellation that reads at the intersection of magical thinking and science. Surrounded by sand, glowing with glitter and hidden remnants of its own making on all sides, the piece is an invitation into a larger-than-life moment of transcendence and its impossibility, a reference to the intellectual tools and serious fun that can be found in the inevitable physicality and its failure.

Sarah Cromarty received her MFA from the University of California, Los Angeles in 2012, and her BFA from Art Center College of Design in Pasadena in 2006. She has exhibited in Los Angeles at Night Gallery, Briggs Meleksetian Gallery, Charlie James Gallery, Sixspace and Circus Gallery, among many others, Bucket Rider Gallery in Chicago, POPA in Buenos Aires, Zic Zerp in Rotterdam and CANADA gallery in New York. Her work had been written about in the Los Angeles Times, LA Weekly and White Hot Magazine and many others.