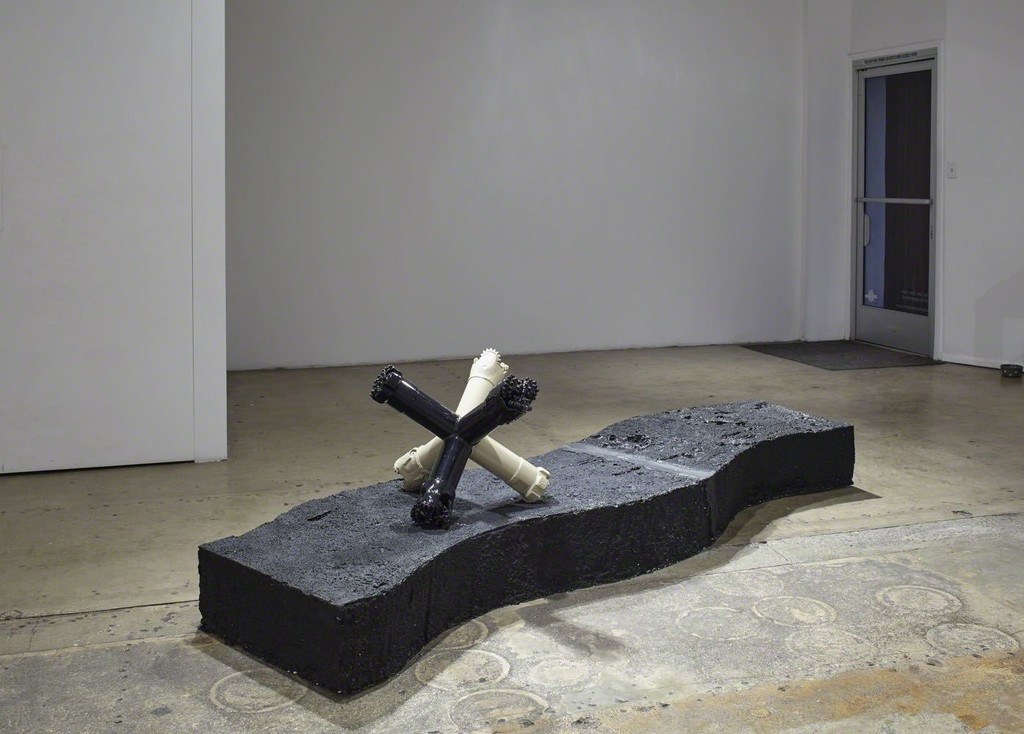 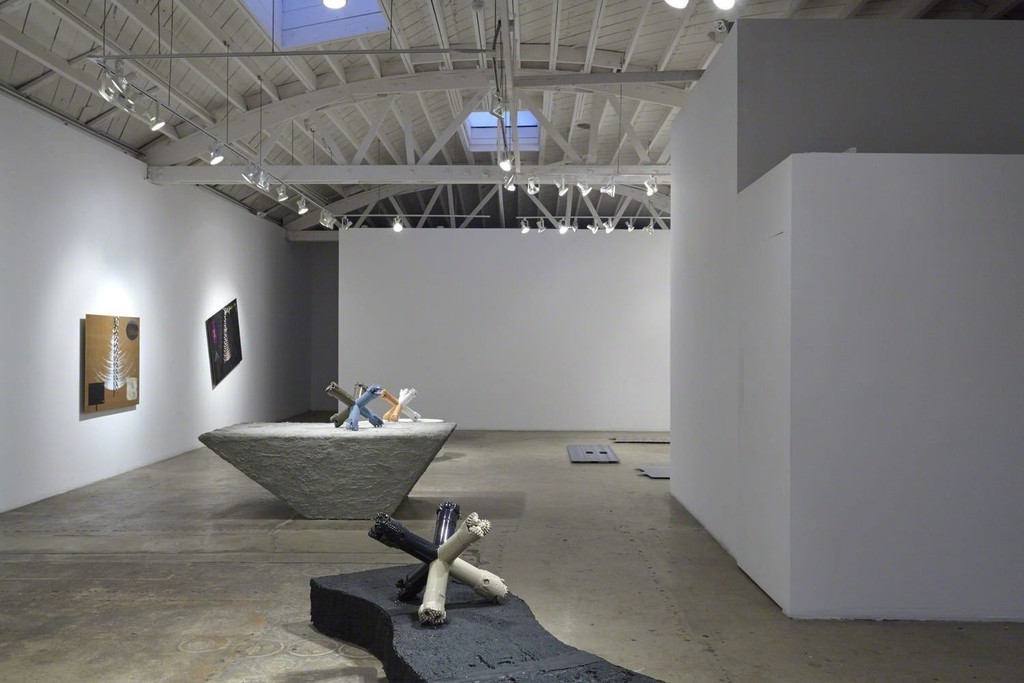 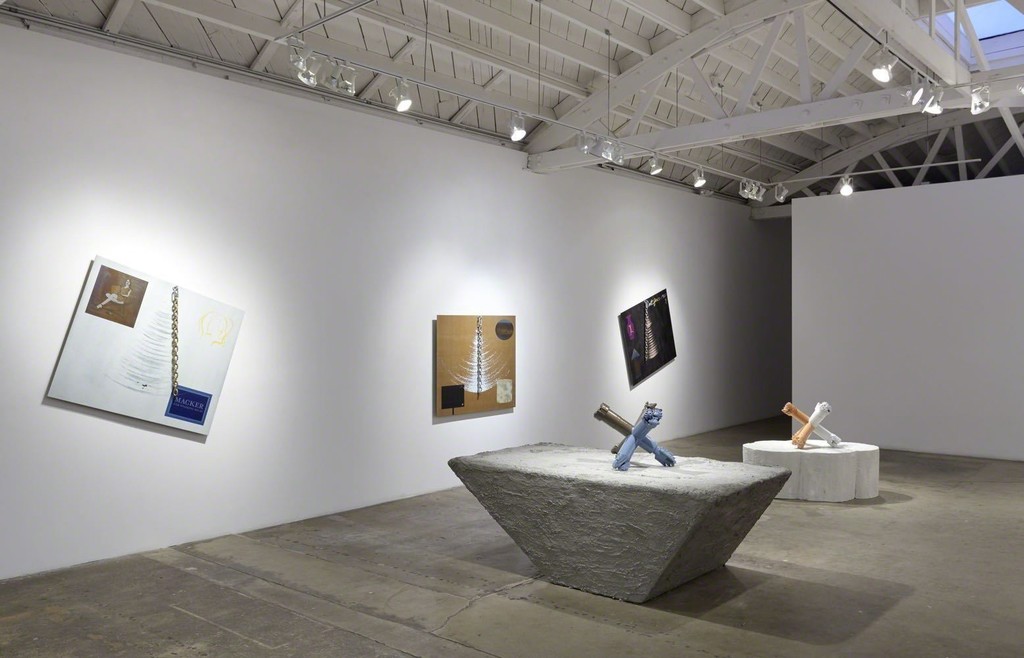 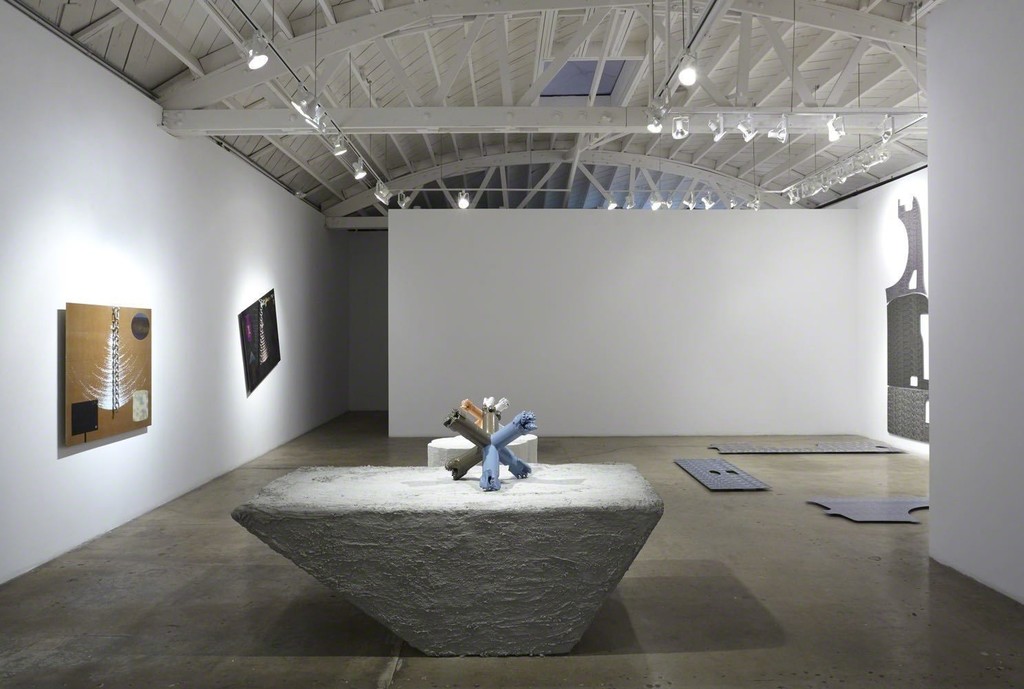 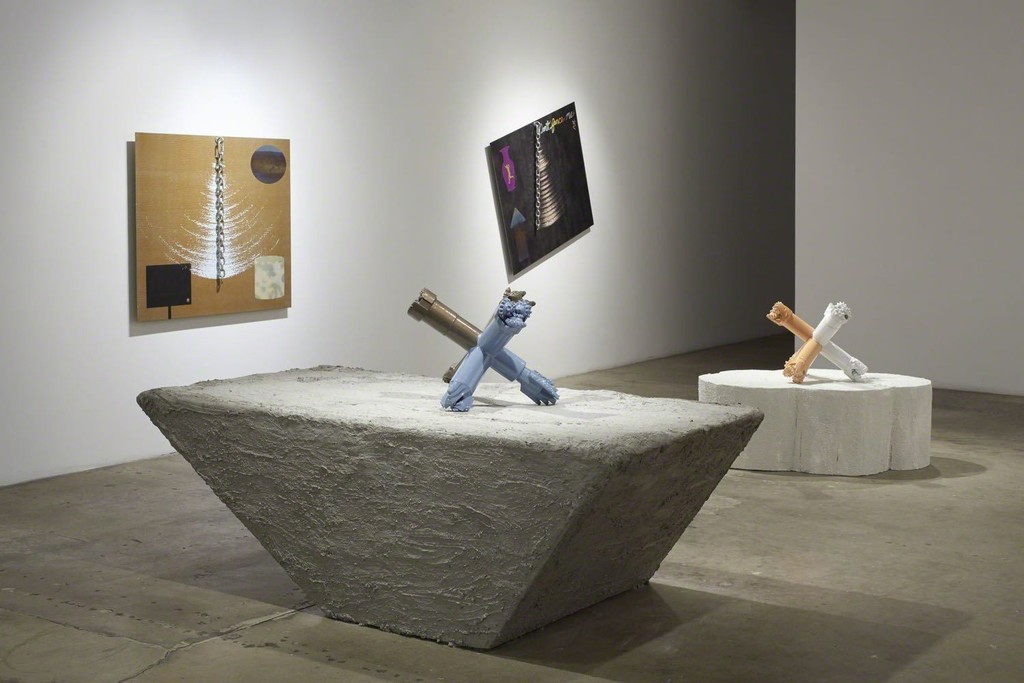 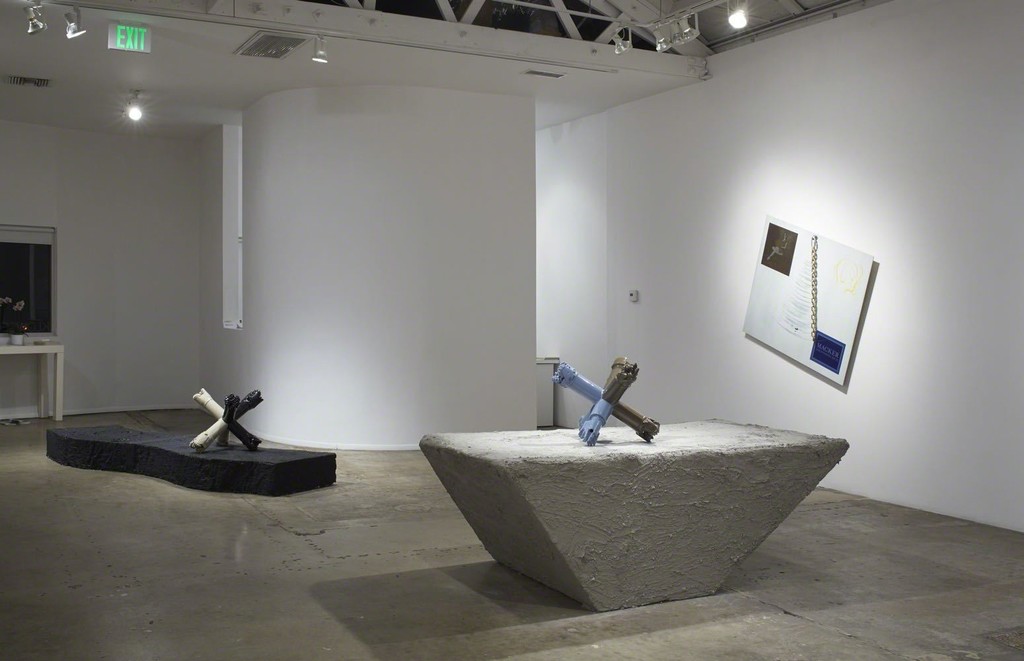 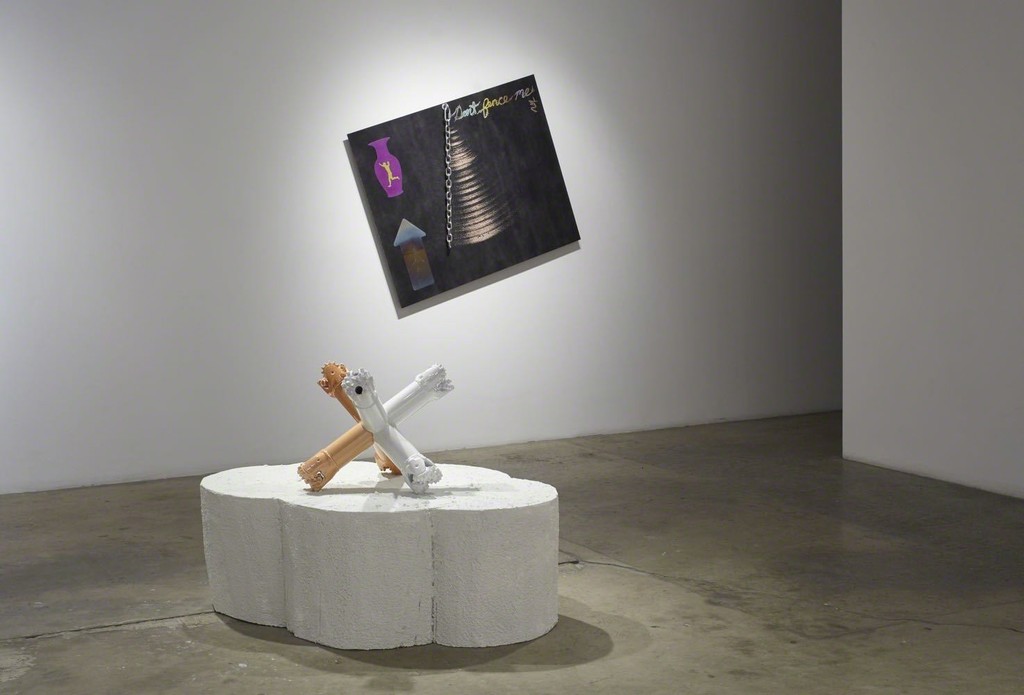 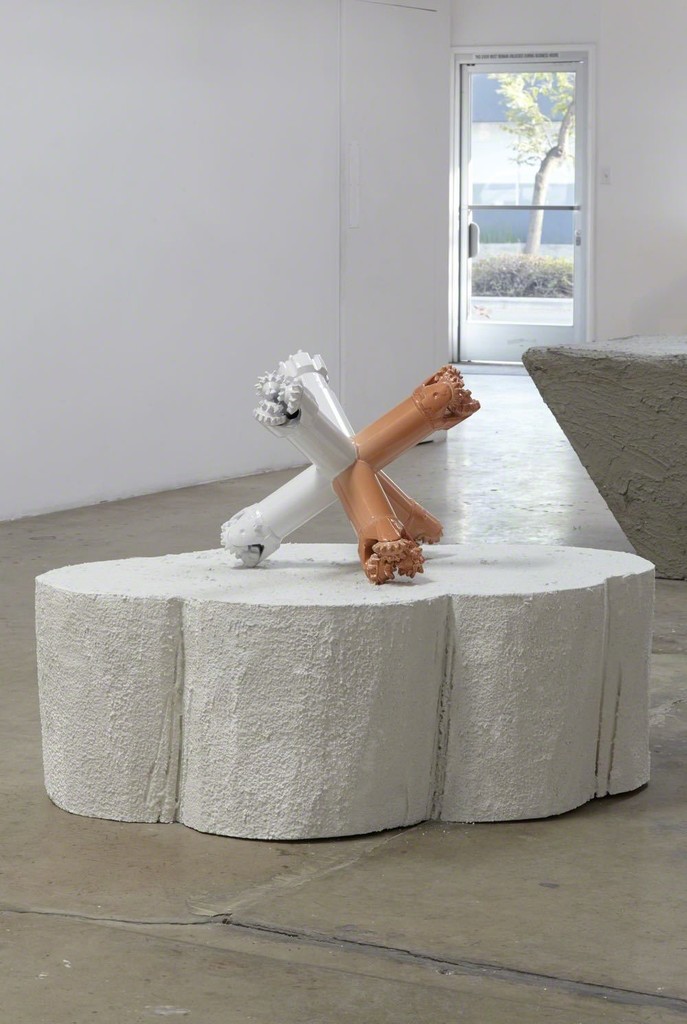 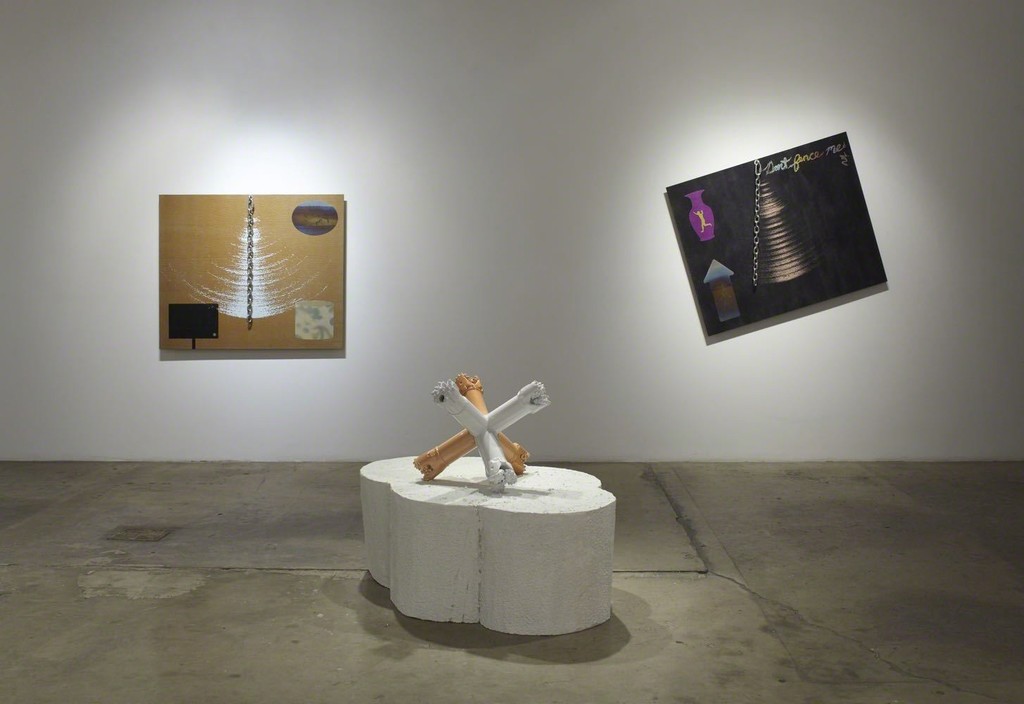 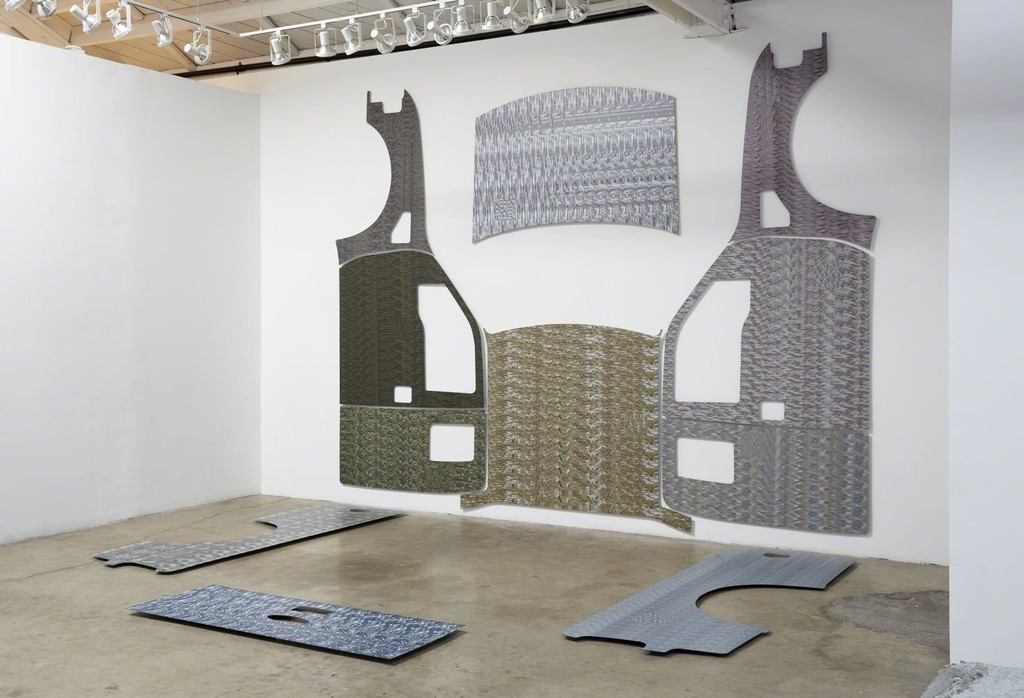 Klowden Mann is pleased to present ⁂ (Asterism), Thomas Macker’s second solo show with the gallery, featuring sculpture, multi-media paintings, and vinyl cutouts mounted on laser-cut panel. The exhibition will be on view from January 17th through February 28th, with an opening reception on Saturday January 17th from 6 to 8pm.

Of asterisks, Macker writes, "The asterisk is used to mark date of birth, the objectionable, or make reference without interrupting the integrity of the text body. The Asterisk is a sign to many. You are only a memory of who you are before. It defines the grace of a dead language. It is sending text versus “sending a text.” The Asterisk can trace human migration patterns across the planet when everything was what it was. Asterisks transcend font, a beautiful distraction from the content. Asterisks smile at grief. The Asterisk is already gathered information. It does not show you how to gather information. Asterisks remind you in the morning that you gripped the headboard during sleep to remain in contact with the real. It is transparent and manipulative. Asterisks are always new with the evolving surrounding text. It requires one to read the fine print of my will: * if my death should ever be a mystery – track down t!he last song I listened to in my car and play it at my funeral."

In a reference to this idea of the Asterisk as a functional symbol of redirection, Macker’s current body of work acts in a space that addresses but exists outside the main narrative content of the story. Three main elements—sculpture, paintings, and vinyl wall work—bring into play the intersection Macker has been exploring in his work for some time between technology (“progress”) and humanity’s animal/spiritual existence. However, rather than addressing that story through constructed narrative moments as seen in much of his previous work, here Macker allows the three distinct elements of the exhibition to intersect around an implied narrative, pointing to the way in which the story of technological teleology and dominance can in essence deny our ability to see and access our own narratives directly, with the implication that access to our remaining selves may exist in the spaces between.

Asterisk I, II and III are sculptures individually fabricated from oil/gas water drill bits, forming a configuration that resembles an asterisk or astragalus (the jack piece in the game of “jacks”). The resulting forms have been uniformly powder-coated and placed on unique pedestals, with each pedestal providing a different pictorial setting. The second main element in the exhibition, Truck Wrap, is a piece formed from truck wrap vinyl cutouts that have been adhered to laser-cut panels and mounted to the wall and floor, with eleven individual panels making up the body of a truck. Each panel consists of its own camouflage pattern with a stereoscopic image (magic-eye) embedded into the pattern that is meant to be discovered. Finally, Macker's three Chain Paintings begin with a layer of painted colored macropoxy (on steel plate) that is used for coating military, mining, and other hazardous industries. Based on CARC paint, a now illegal epoxy with embedded military history, the macropoxy can resist biological warfare, nuclear spills, and heavy abrasion. Macker layers truck paint on top of the macropoxy in colors that resemble midday, afternoon, and night, along with small painted graphics and anodized titanium plates with laser etchings, then bolting a chain to the top of the painting and driving for months with the paintings in the back of his truck—as the truck moves, the c!hains form an arc that etches into the surface and reveals the macropoxy paint beneath.
Referencing sign systems, the machinery of extraction, the history of camouflage (the desire to integrate with the natural environment as a means of warfare), and the need for pictorial communication that provides more room forinterpretation, ⁂ (Asterism) presents object forms that overlap to argue for the power of redirection.

This project is sponsored in part by the Wyoming Arts Council and National Endowment for the Arts.

Thomas Macker (b. 1982) is a multi-media artist living in Wyoming. He received his MFA from CalArts in Photography and Media in 2011, and currently works as the photography department head for the arts and education nonprofit, the Art Association of Jackson Hole, where he is also a curator for the organization’s gallery. Macker also co-founded and runs the gallery/publisher In The Pines. He is a 2015 Wyoming Art’s Council fellow, sponsored by the National Endowment for the Arts. Recent exhibitions include the National Museum of Wildlife Art in Wyoming and The Beirut Art Center in Beirut, Lebanon, as well as forthcoming exhibitions at the University of Wyoming Art Museum and a solo exhibition at the Nicolaysen Contemporary Art Museum.