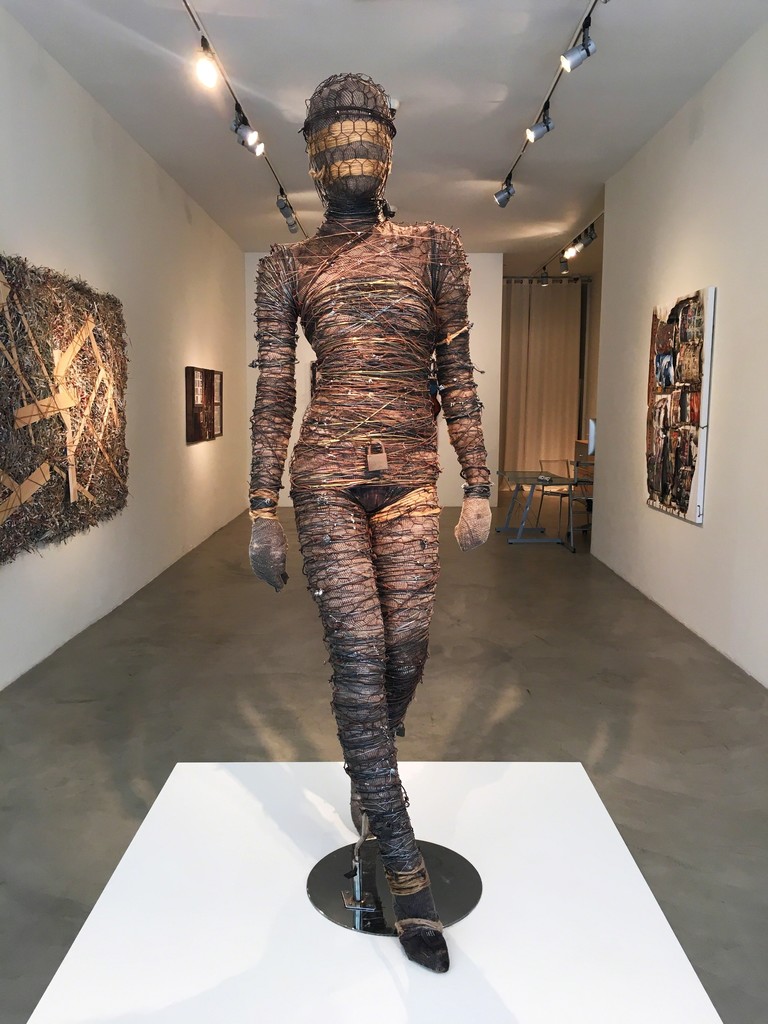 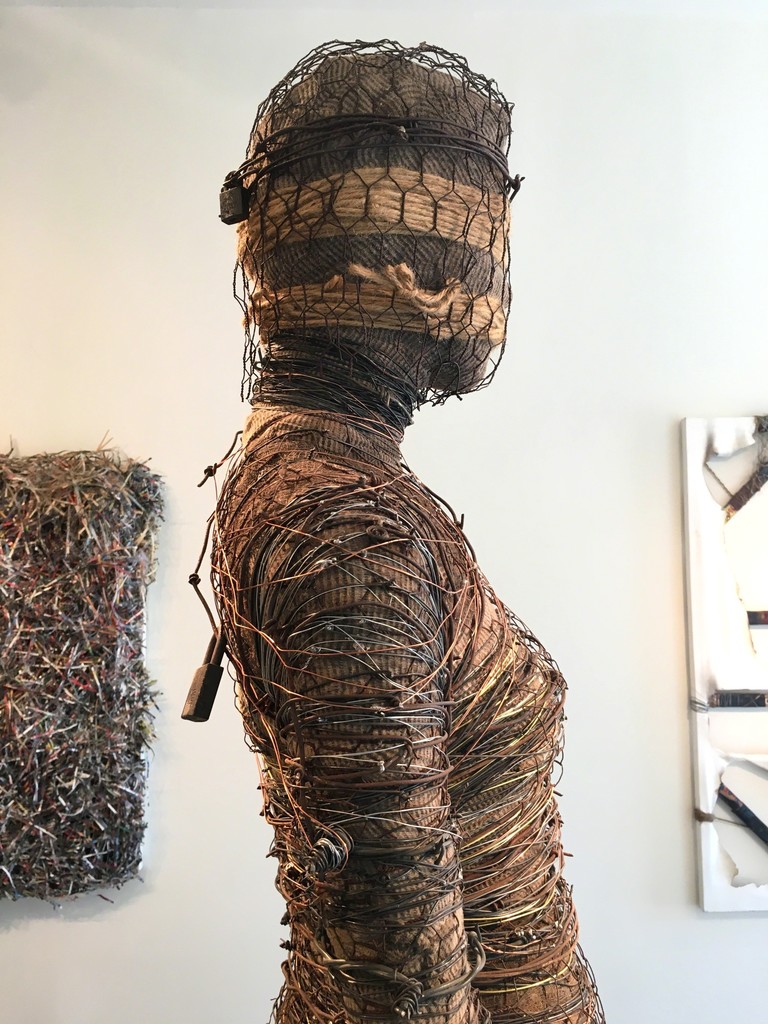 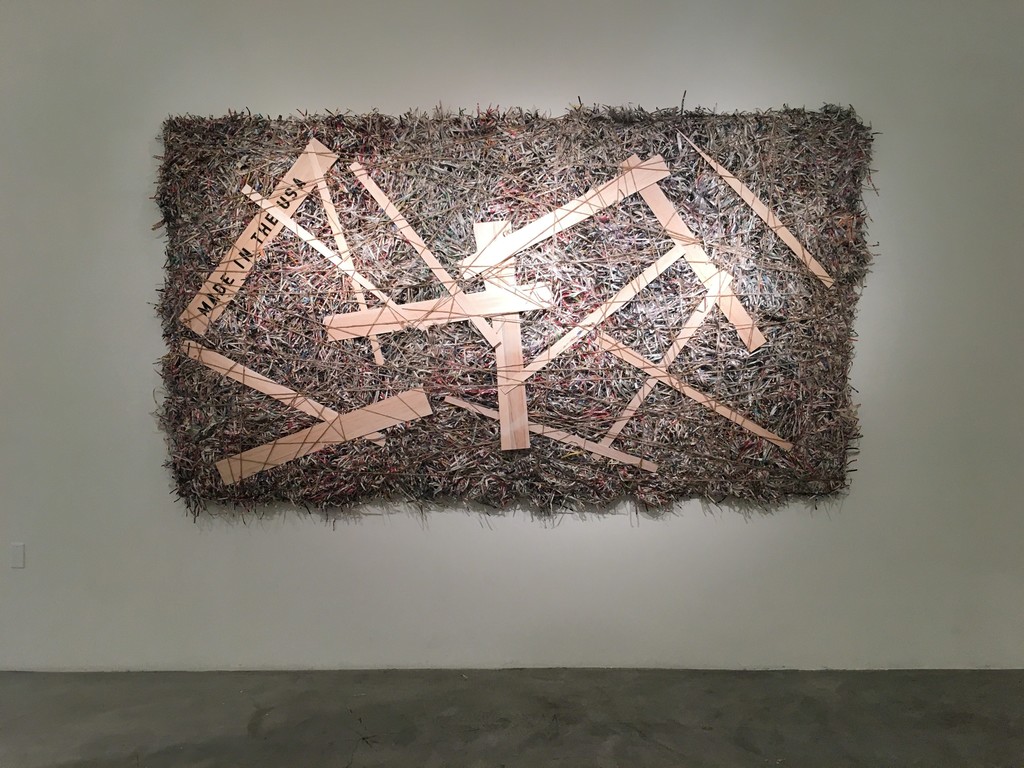 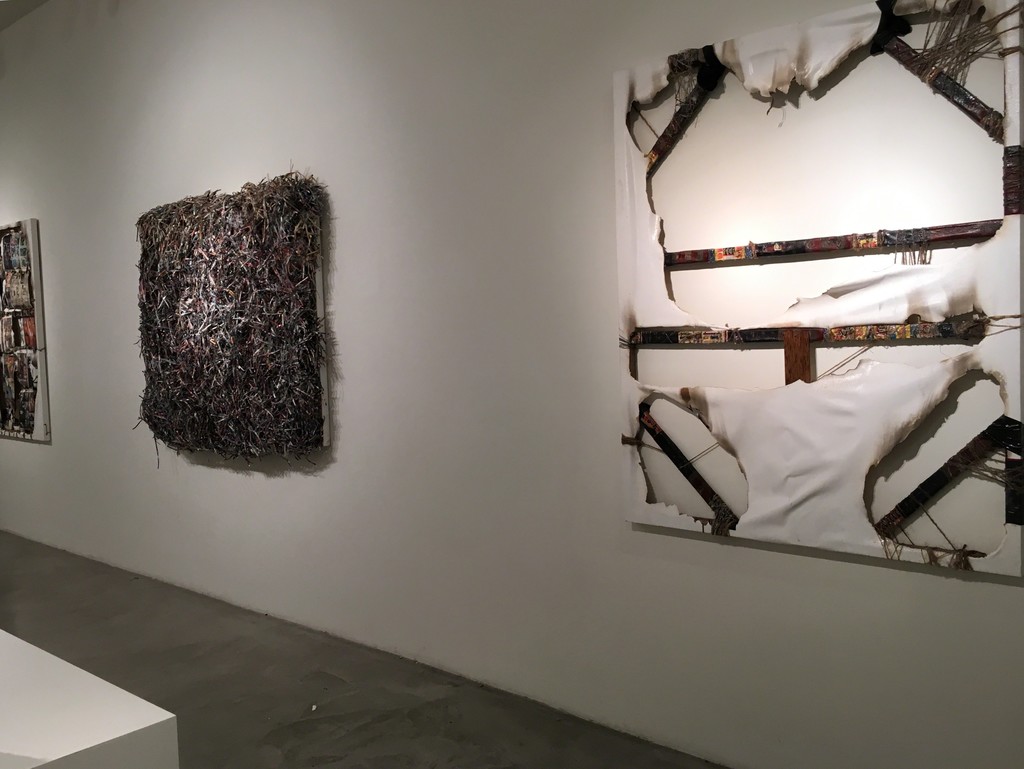 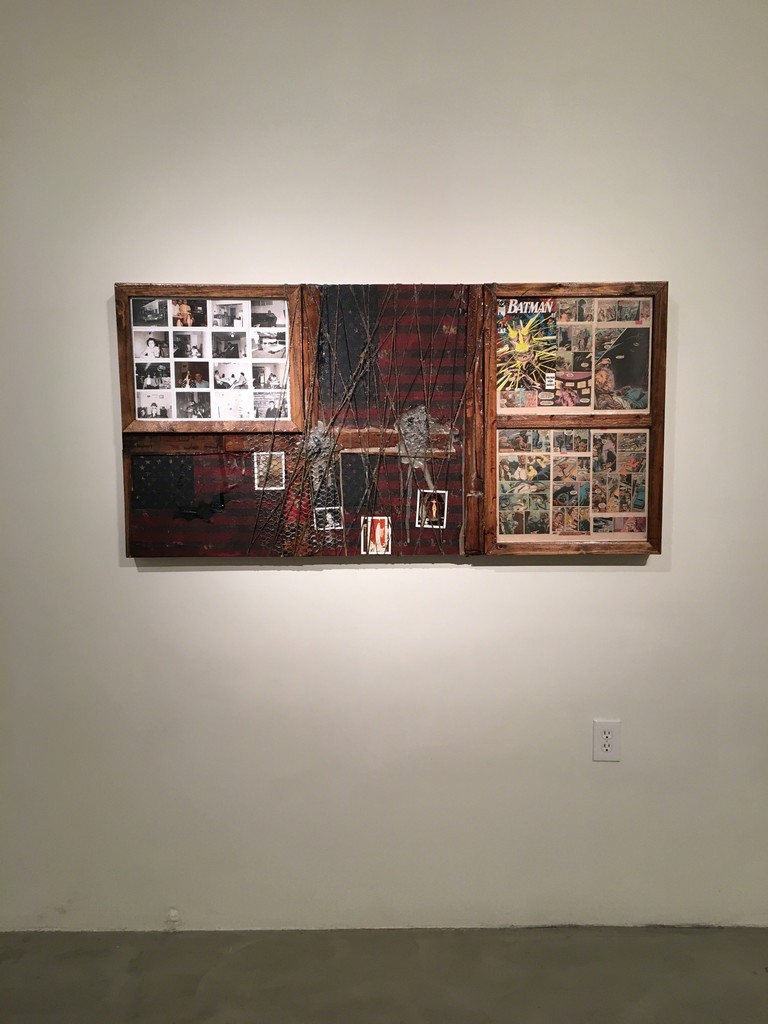 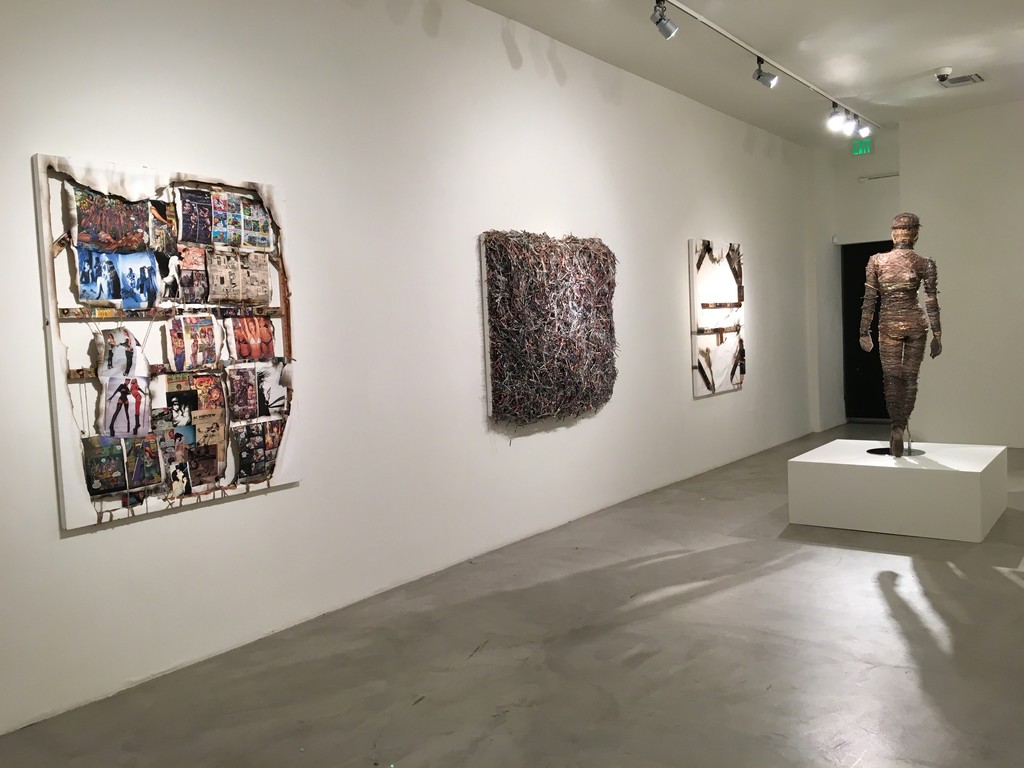 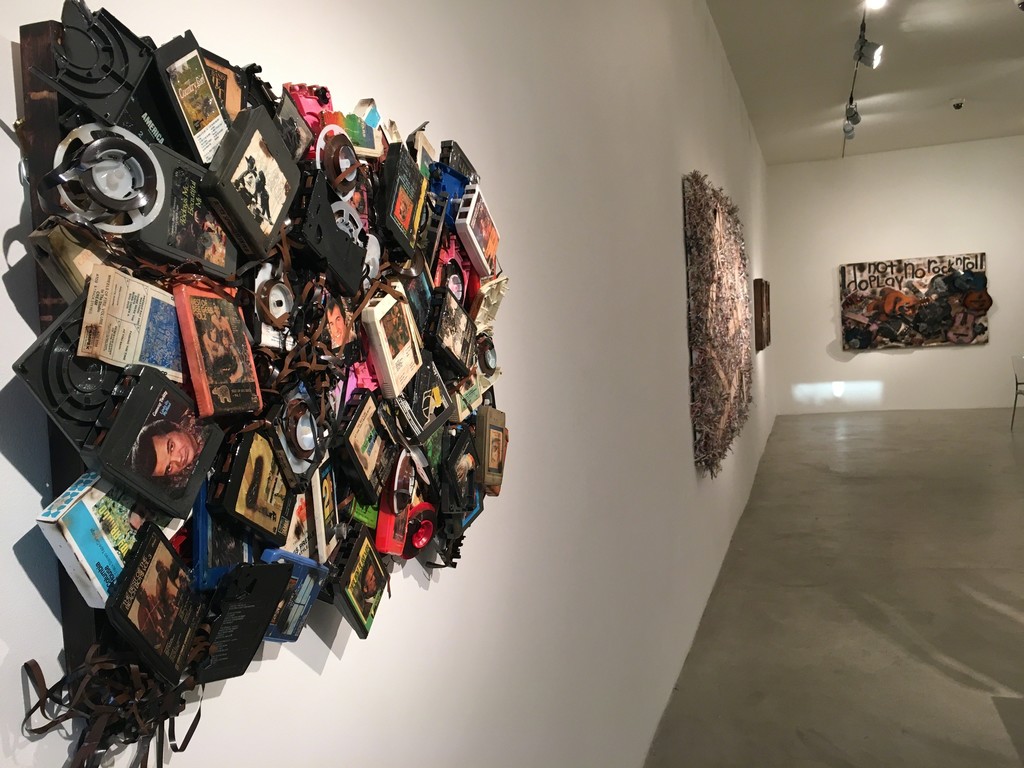 Los Angeles, CA (September 1, 2016) - KM Fine Arts is pleased to announce “8”, a solo exhibition of mixed media works by artist Bernie Taupin, on view from September 15 – October 28, 2016 at the gallery’s West Hollywood location at 814 North La Cienega Blvd, Los Angeles, CA 90069. An opening reception will be held on Thursday, September 15, from 6-9pm with the artist in attendance. A catalog will be published in tandem with the exhibition and will feature and essay by critic Arty Nelson.

This tightly curated exhibition of eight works focuses on his assemblage practice and will be anchored by a single, freestanding sculpture. Taupin’s decades long career as a visual artist is peppered with painterly abstraction and pop infused mixed media works, however, the streamlined “8” exhibition indicates an evolution in his oeuvre. The exploratory qualities that can be found in earlier exhibitions have given way to studied intention. In his essay, Nelson describes the show as a "muscular next-step in Taupin's growing visual resumé. Perusing the line-up, one certainly gets a sense that Taupin has thoroughly digested his inspirations and is now very much off on his own rant, adding to the storied assemblage dialogue."

As a British native living in New York in the 1990’s, American culture and the modernist art of the 1960s and 70s consumed Taupin, and his connections to being “American” and to the “Americana” style are palpable in his work. His aesthetic might be akin to that of a renegade cowboy, complete with torn vintage comics, Polaroid photographs, found wood panels, scorched canvases and other timeworn ephemera. Although the materials recall an earlier America, the natures of his slyly sardonic compositions investigate the contemporary social climate.

Allusions of political commentary can be found throughout “8”. From Batman to Minneapolis, for example, layers old family photographs and chicken wire over wood panels to resemble an American flag. Volumes: Crate 5 (Made in America) and Volumes: Comix 4 both utilize mammoth amounts of shredded newspapers and comic strips in their constructions. Intermission and She Has to Kill Him, She Loves Him both use scorched canvases and editorial photos of women.

8 Track Stack and I Do Not Play No Rock And Roll, constructed of old 8-track cassette tapes and obliterated guitar parts, seem to touch as much on music as it relates to a broader American biography as they do on Taupin’s own long-standing relationship with the medium as a songwriter.

The freestanding sculpture, American Burka, is one of only two sculptural works that Bernie Taupin has made to date. Constructed of a female mannequin wrapped top to bottom in coarse cloth and barbed wire, it is arguably the most affecting piece on the exhibition. While it was completed over a decade ago this will be the first public showing of the work.