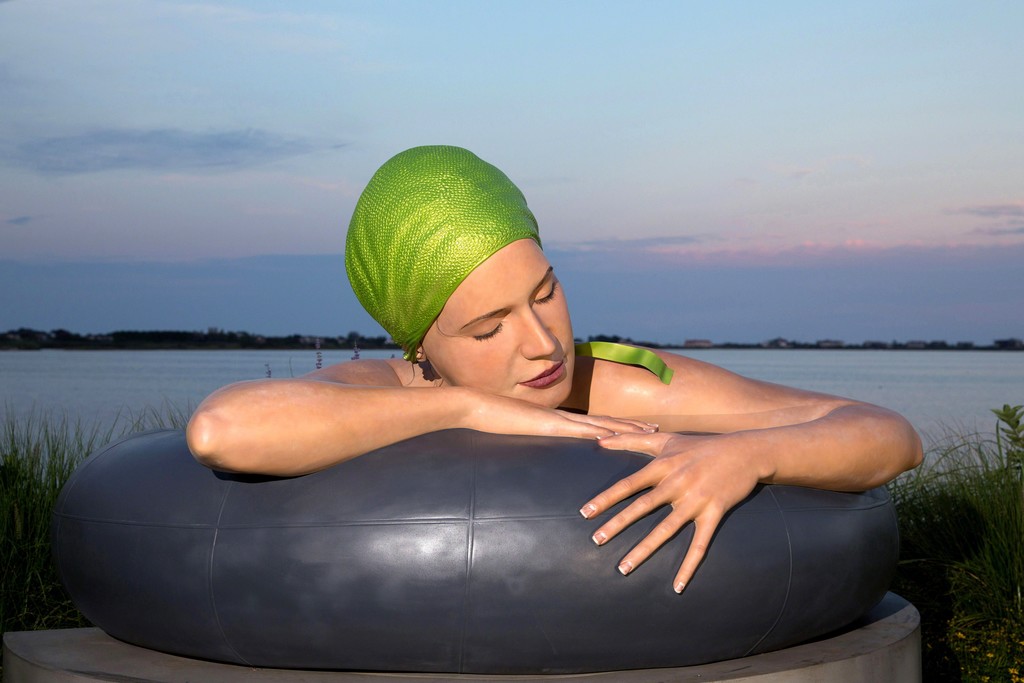 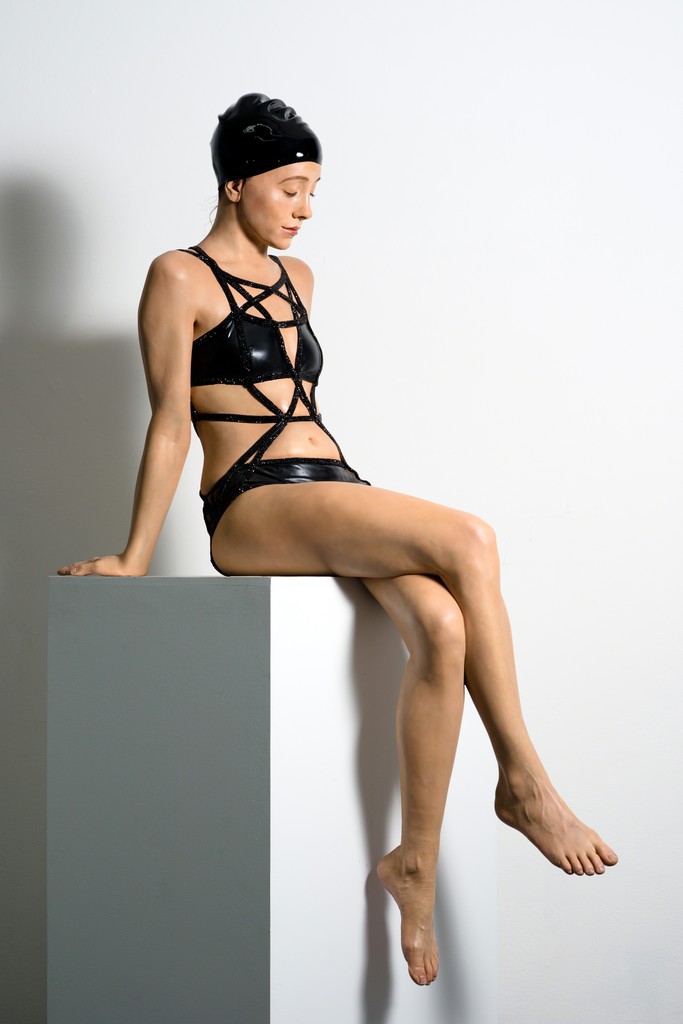 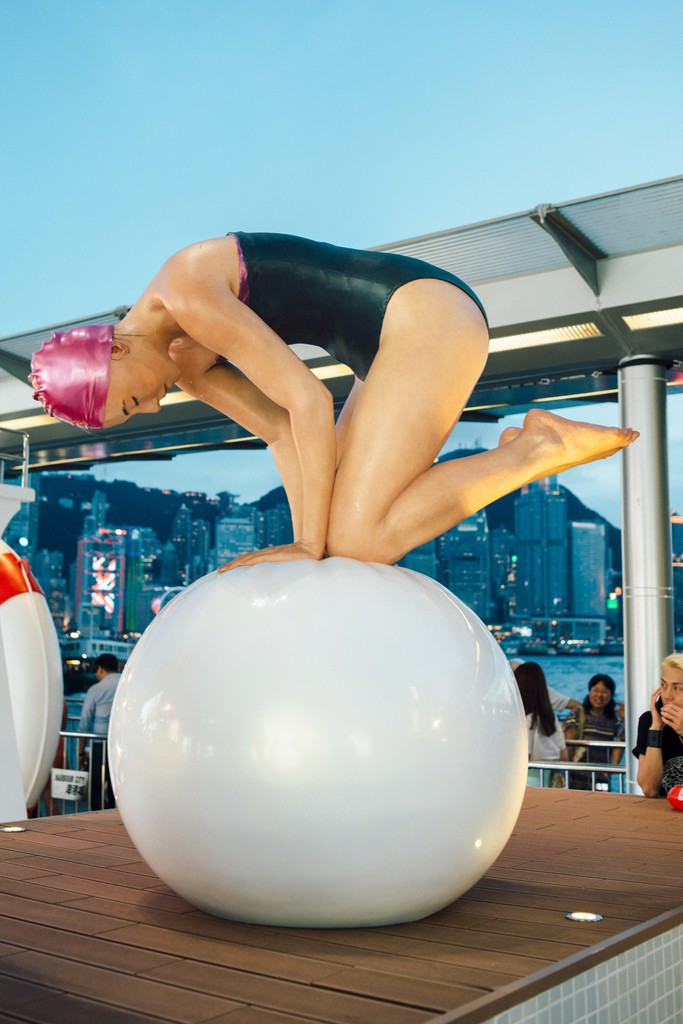 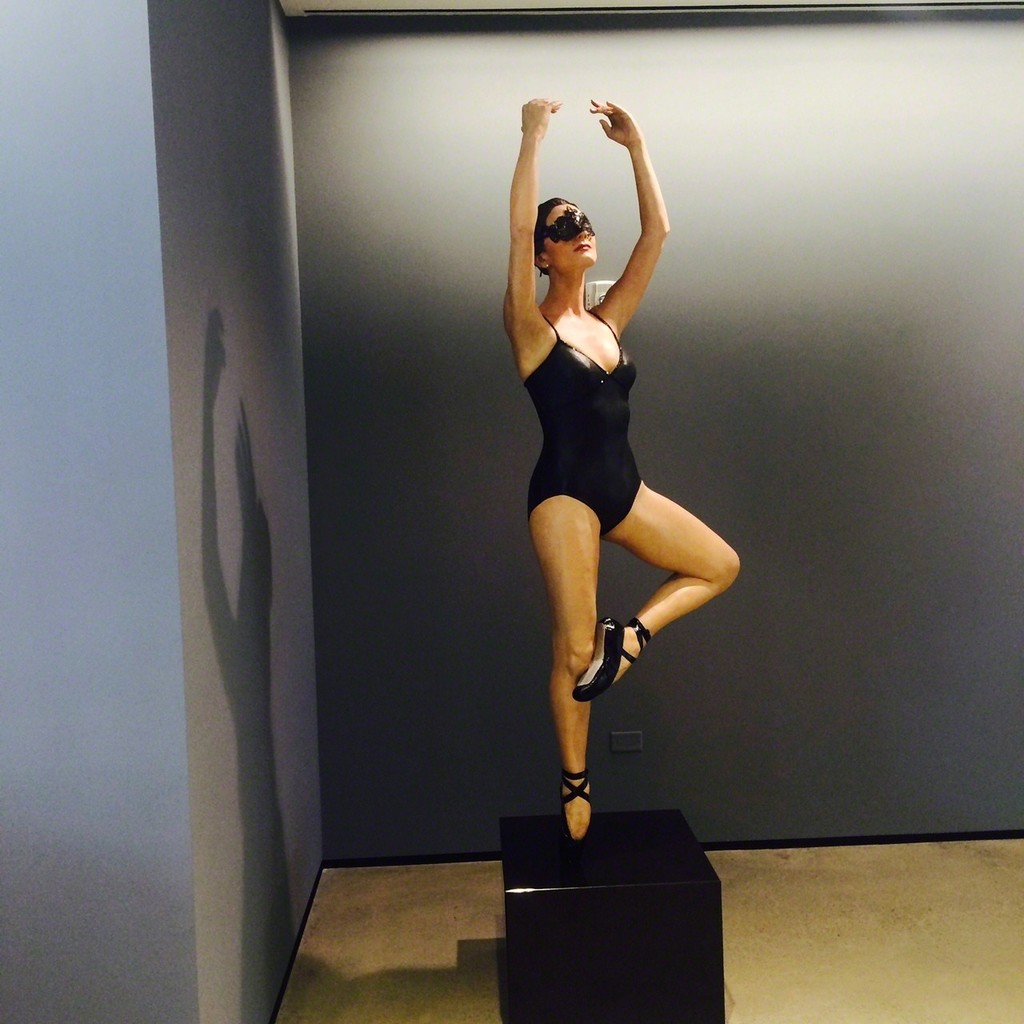 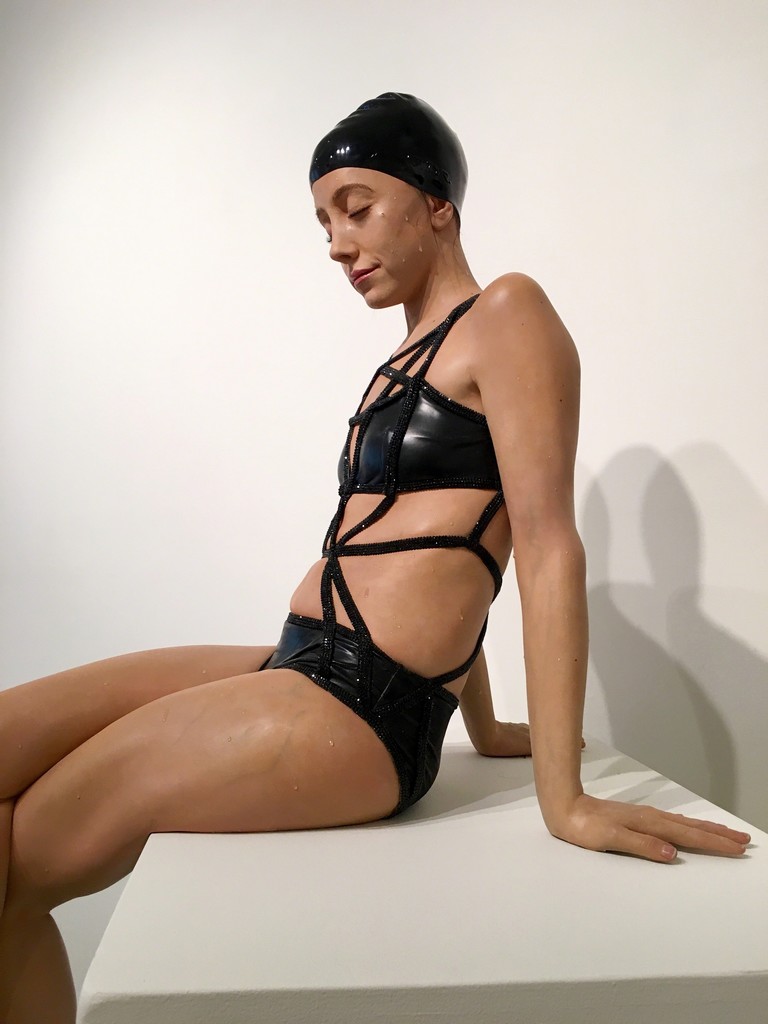 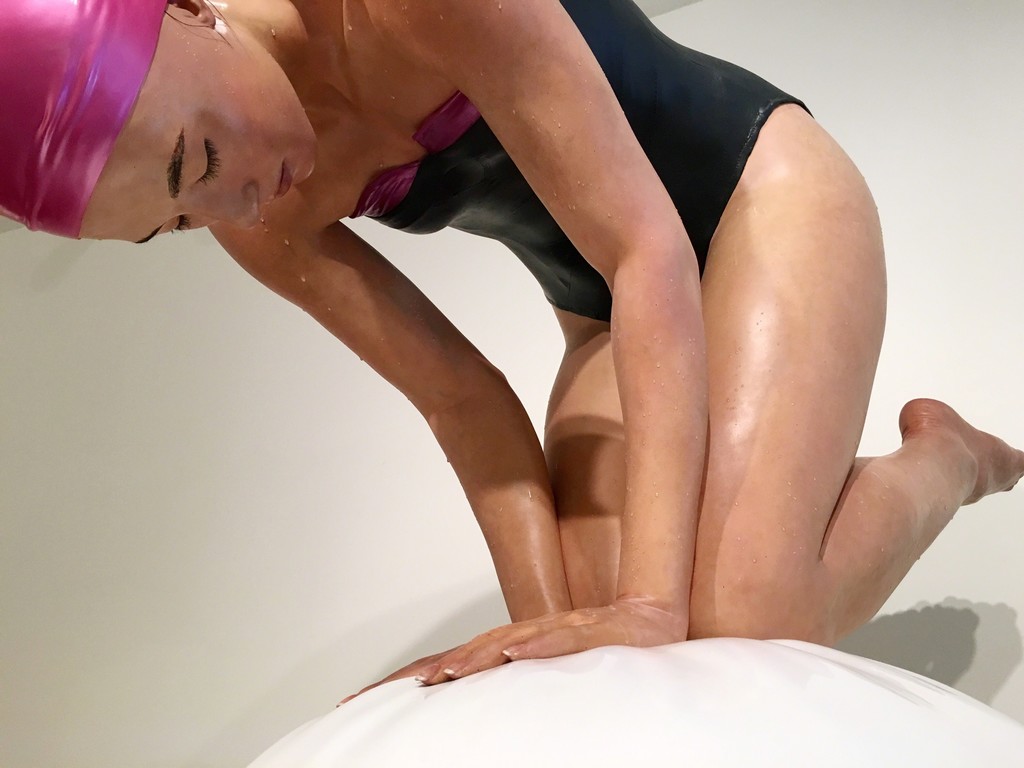 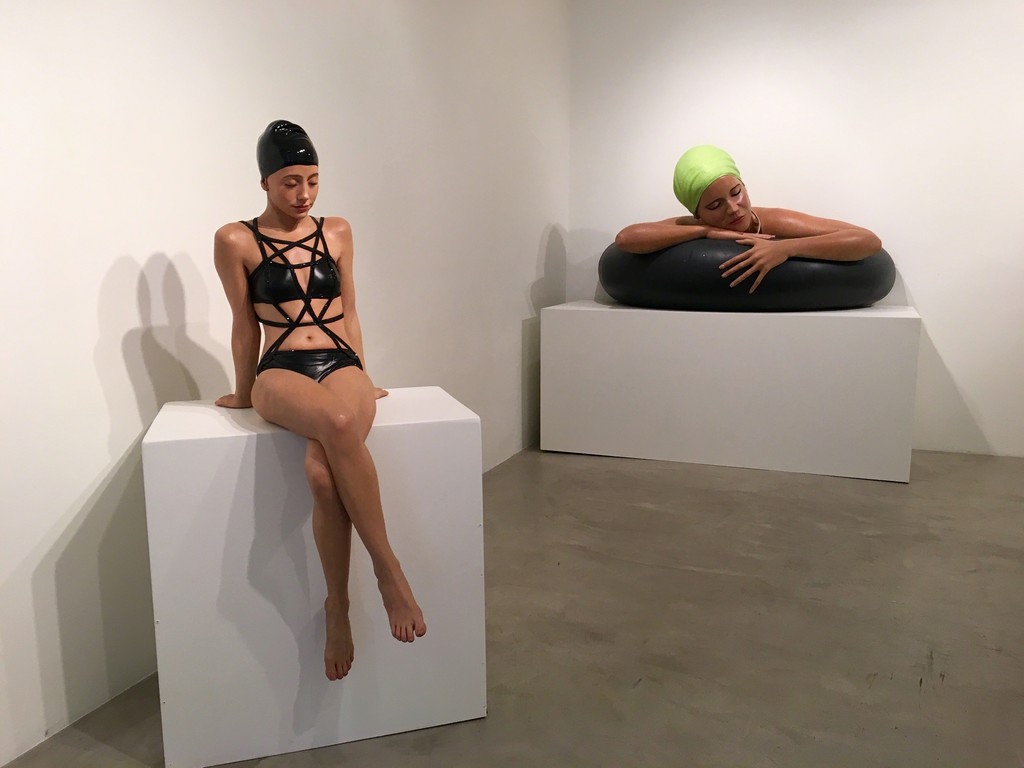 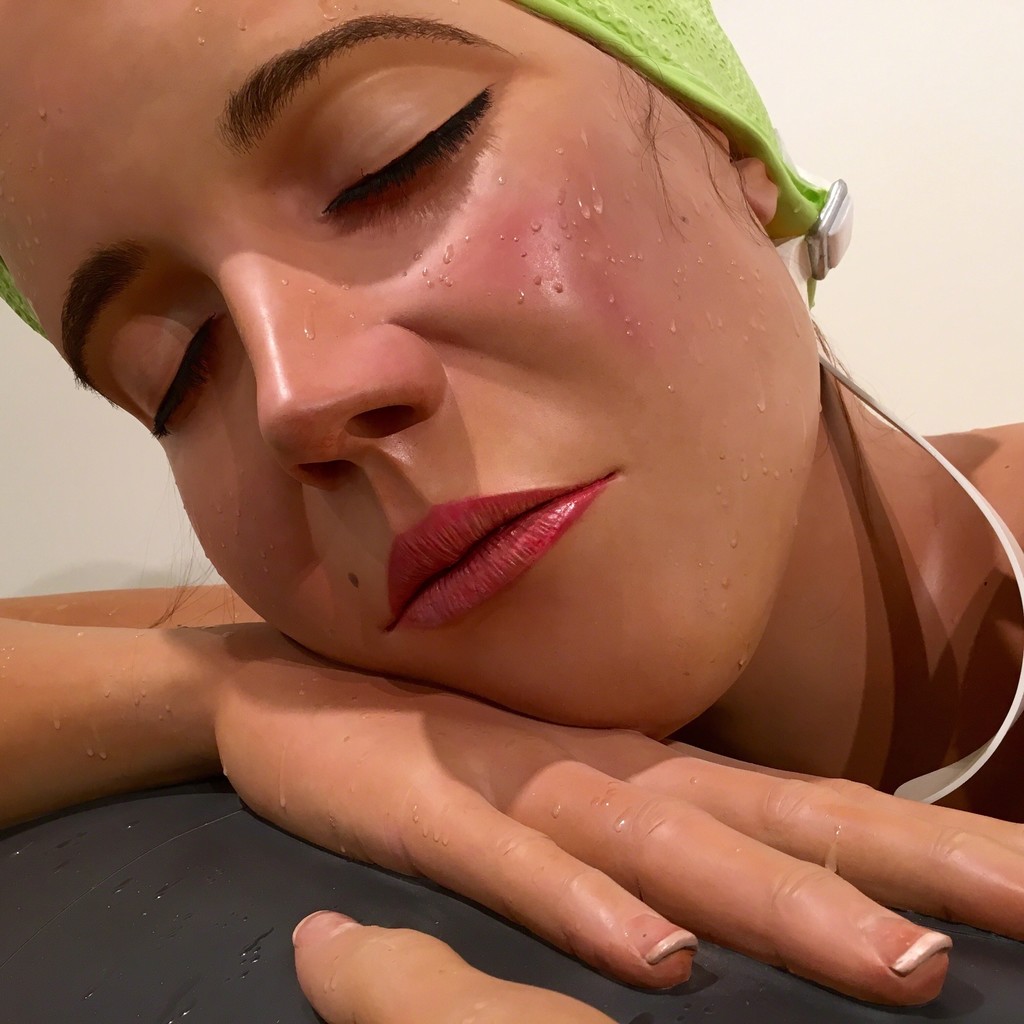 KM Fine Arts is pleased to announce “Perception” the first Los Angeles solo exhibition of New York based hyperrealist sculptor Carole A. Feuerman. The show will be on view from July 14 – September 10, 2016. Museum size, life-sized, and monumental works will be featured alongside a selection of her new diamond-dust silkscreens created for the exhibition. Feuerman's iconic hyper-realistic swimmers and divers will be included, paired with new bronze works from her dancer series. On Thursday July 14, award-winning dancers Mariusz Kujawski and Emma Fitzsimmons will be performing at the Carole A. Feuerman Perception opening. Mariusz and Emma have collaborated over the years, the most popular being their collaboration on the wildly successful ‘How to Fly: Module 2’.

Feuerman is recognized as one of the world’s most renowned hyperrealist sculptors since the 1970s. Together with Duane Hanson and John De Andrea, her contemporaries, she was one of the three leaders starting the movement. Her work explores classicism while presenting common themes that occur in our everyday lives. The sculptures tell powerful stories of experiences the artist has encountered in her own life and the universality of those experiences. Evoking inward emotions, Feuerman invites the spectator to identify with the narrative they see before them.

Feuerman's approach to depicting the human form is treated with the care and intensity reminiscent of Bernini’s marble sculptures in the late Renaissance. Nail beds are imperfect, the bottoms of feet naturally wrinkled, and the skin is tanned and covered in strikingly realistic water droplets. The intense physicality of her work acts as a vehicle for more nuanced investigations into human emotions and psychology. The success of each of Feuerman’s works hinges on the believability of it. It is quite easy to stand in front of the artist’s work and shift our sense of reality. When the physical materials of the artwork, the resin, the bronze and the paint and lacquer are perceived as nothing other than skin and flesh, what we are left with the truth or psychological story of each figure.

Carole A. Feuerman is not the first to employ the technique of suspending disbelief to convey something more profound. Fellow hyperrealist sculptors Maurizio Cattelan and Ron Mueck often use the system to comment on politics and human dynamics. And while it is possible to take the beauty of her work at face value, Feuerman's figures carry with them a reverberating message of human resilience. The Hindu goddess Durga inspires her large-scale work, DurgaMa, for example. The bronze figure sits in complete tranquility on a sacred lotus flower. She is the symbol of birth, rebirth and survival, which is a common theme present in much of Feuerman's work. Other works such as Balance and The Survival of Serena exude degrees of calmness and strength.

Carole A. Feuerman’s prolific career spans four decades in which she has pioneered new approaches to sculpture. She is the only figurative artist to hyper-realistically paint bronze for outdoor public art, painting bronze to look like flesh, and the only sculptor to install these painted bronze sculptures in water.

She has been honored with seven major museum retrospectives to date. Her work has been showcased in numerous exhibitions including the Venice Biennale, the State Hermitage, the Palazzo Strozzi Foundation, the Kunstmuseum Ahlen, the Archeological Museum di Fiesole, and the Circulo de Bellas Artes. She won first prize at the Austrian Biennale, the Florence Biennale, the 2008 Olympic Fine Art Exhibition, best in show at the Beijing Biennale, and won the Save the Arts Foundation Award as Museum Choice. One of Feuerman’s most recognizable pieces, “The Golden Mean”, can be seen in Riverfront Green Park overlooking the Hudson River and is owned by the City of Peekskill, NY.

Her “Monumental Double Diver” is owned by the City of Sunnyvale in Silicon Valley, California. Her sculptures are included in the permanent collections of 19 museums, and the selected private collections of the Emperor of Japan, President William & Hillary Clinton, Norman Brahman, the Caldic Collection, Mark Parker of Nike, and Malcolm Forbes.

Feuerman continues her focus on public outdoor sculptures and smaller works for private collections. She lives in New York City and maintains two studios in Chelsea NY and Mana Contemporary in NJ. On an ongoing basis, Feuerman's work can be seen in selected museums and public collections worldwide.