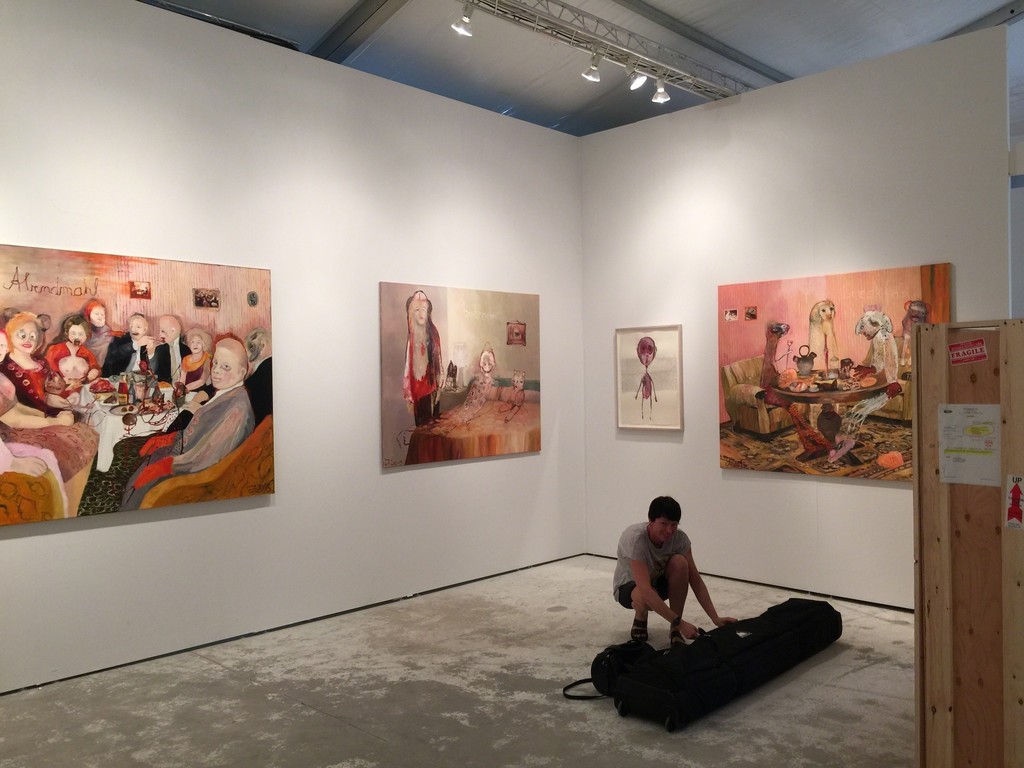 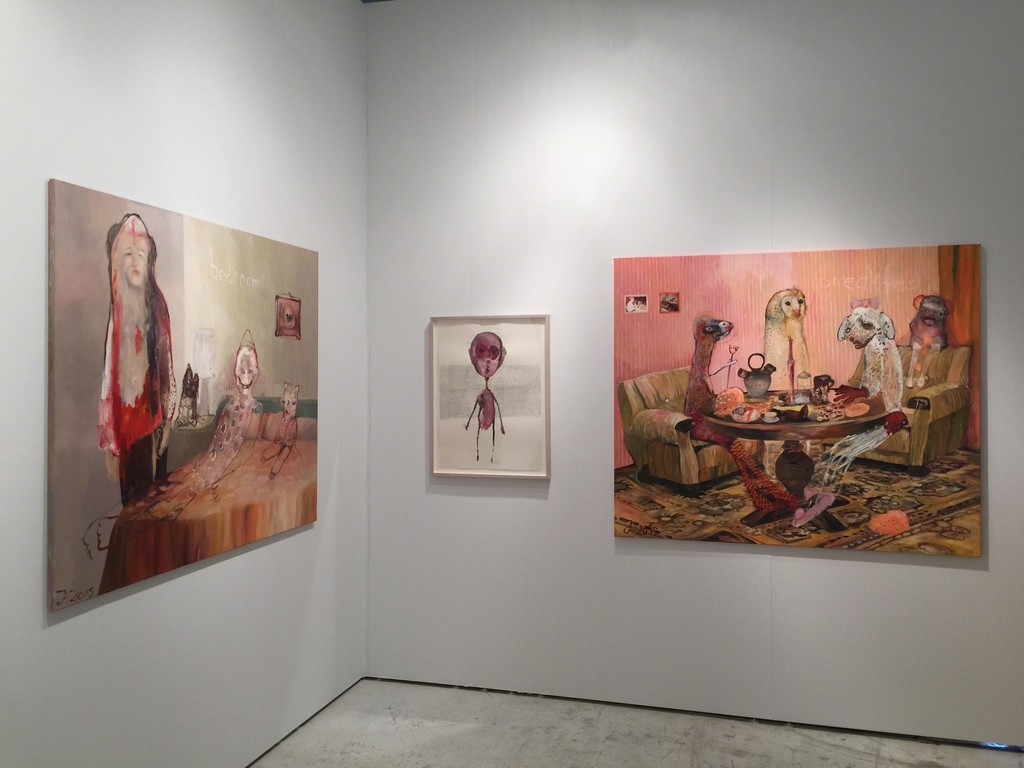 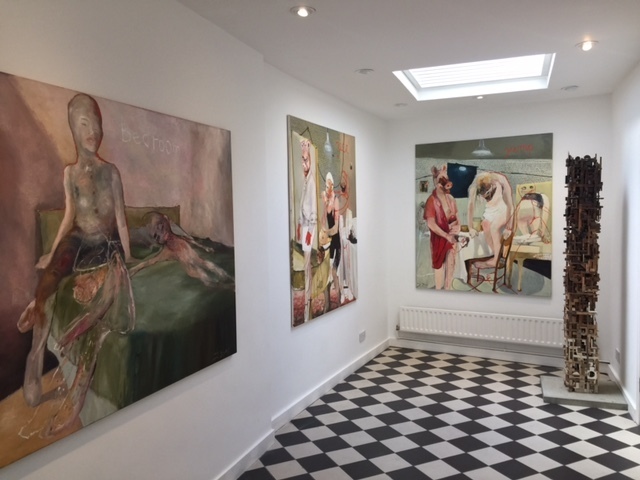 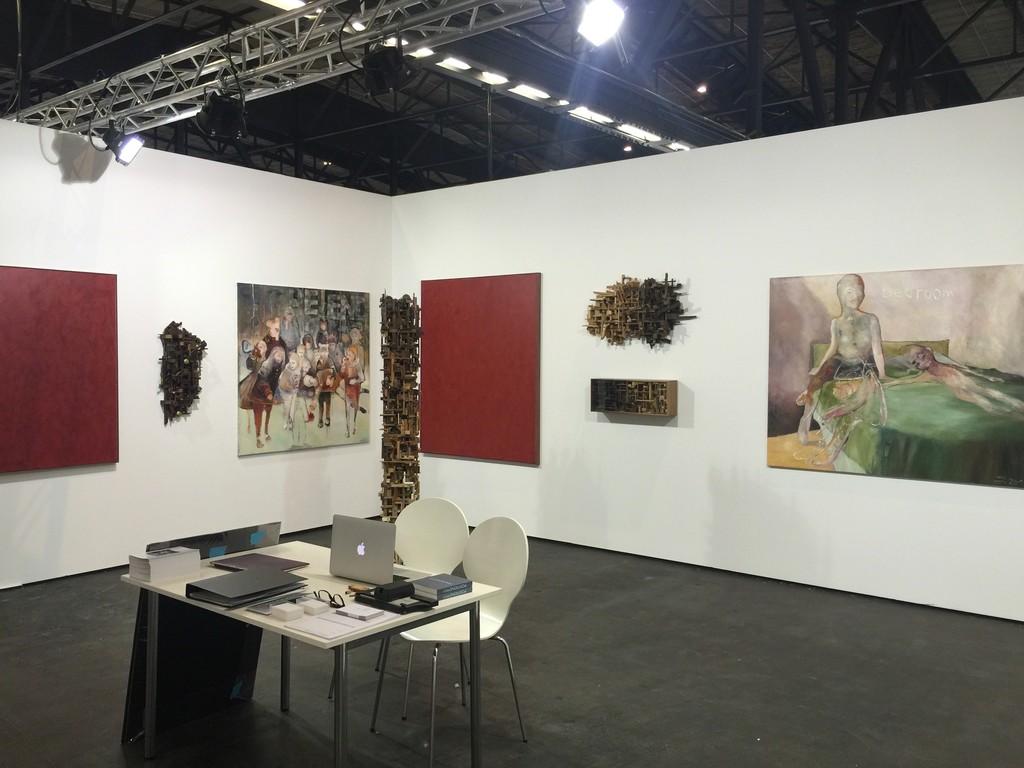 This is Hundertmark's third show in Miami. This year the artist is represented by Knight Webb Gallery from London. This solo presentation follows Juliane's successful exhibition in October at Knight Webb Gallery titled: ‘Last Song’, and her equally succesful prentation at Positions Art Fair Berlin in September.
'Last Song' refers to the rapid disappearance of tradition and folklore. Hundertmark’s Scenes are reminiscent of German folk tales and forest mythology. The artist's work presents surprising parallels with visionary artists such as William Blake and Henry Fuseli. Her strange spirit world and disorderly figures appear to us like the devilish imp in Fuseli's The Nightmare. Whilst yielding many interpretations, Fuseli’s work is predominantly seen as relating to traditional folklore or prefiguring late nineteenth-century psychoanalysis. Hundertmark’s scenes are reminiscent of Germany’s forests teaming with dark tales and folklore. Her imagery is an improvised dance in the subconscious, conjuring old figures out of childhood memories and placing these strange fellows in strange relationships. Her otherworldly narratives are characterised by a combination of eeriness, humour and dream like spectacle.
Juliane paints her mythical worlds with genuine pathos and natural emotion. Her paintings sometimes present historical and religious themes: the queen of England appears in a surreal fashion, eating raw meat at a dinner party! The relationship between people and animals in her work is compelling and sensitive. Her use of animal mimicry delves into a full range of emotions such as friendship, conciliation, curiosity, mischievousness and bewilderment. Juliane is a supporter of animal welfare and explains that she requires the companionship of her own rescued pets in order to make these animated scenes convincing.
In Bedroom No.1 Hundertmark depicts a ghostly interior with a beautiful woman seated on the edge of a bed. Two small impish beings reach for each other’s hands across the foreground. Soft pinks, purple and greens are applied in translucent washes, creating an atmosphere of bewitching luminosity.The woman’s figure is fused with the rose iridescent background. Near her lie her two slightly troublesome companions, whose fragile bodies drift into transparency, suggesting they are either spirits or may be between worlds.
In December 2015 Juliane will present a solo project at the Context Art Fair Miami.
[email protected] | +44 0 7939530326 | www.knightwebbgallery.com

"The paintings I saw by Juliane Hundertmark were all rather mysterious and even disturbing in places, such as the collaged eyes in one and lips in another, yet also with beautifully painted sections such the detailed clothing of one figure and the mere black outline of another.That enigmatic "otherness" and open-ended quality combined with different painting styles, some realism and some minimal painterly effects, is very exciting and makes the works fresh and innovative.A unique style unlike any other painters working today. "
Barbara Bloemink, Curator Guggenheim Museums.