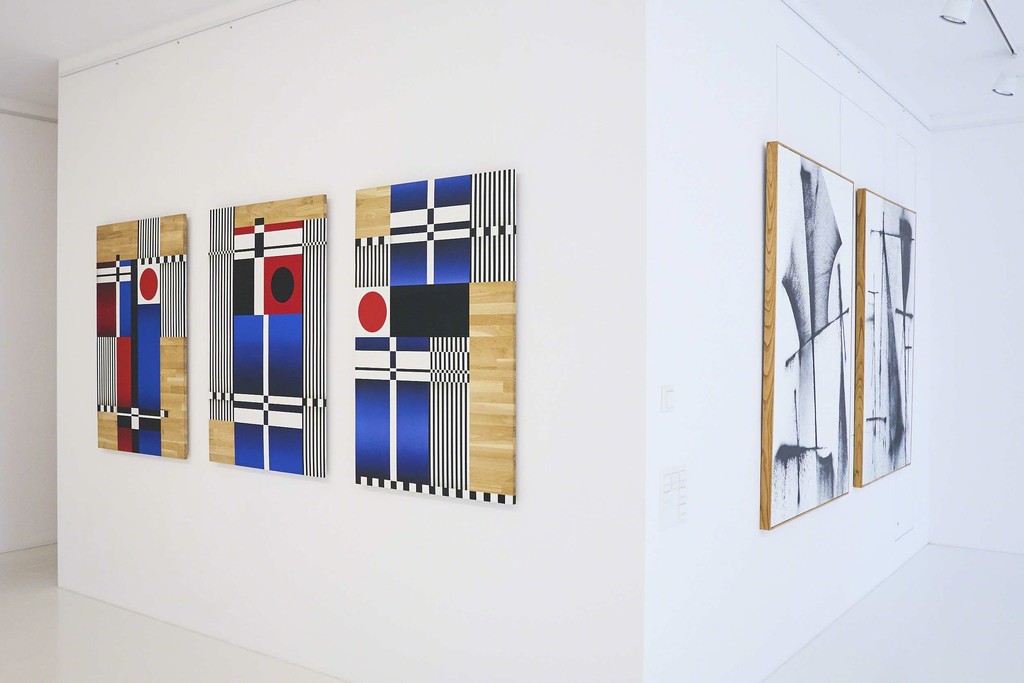 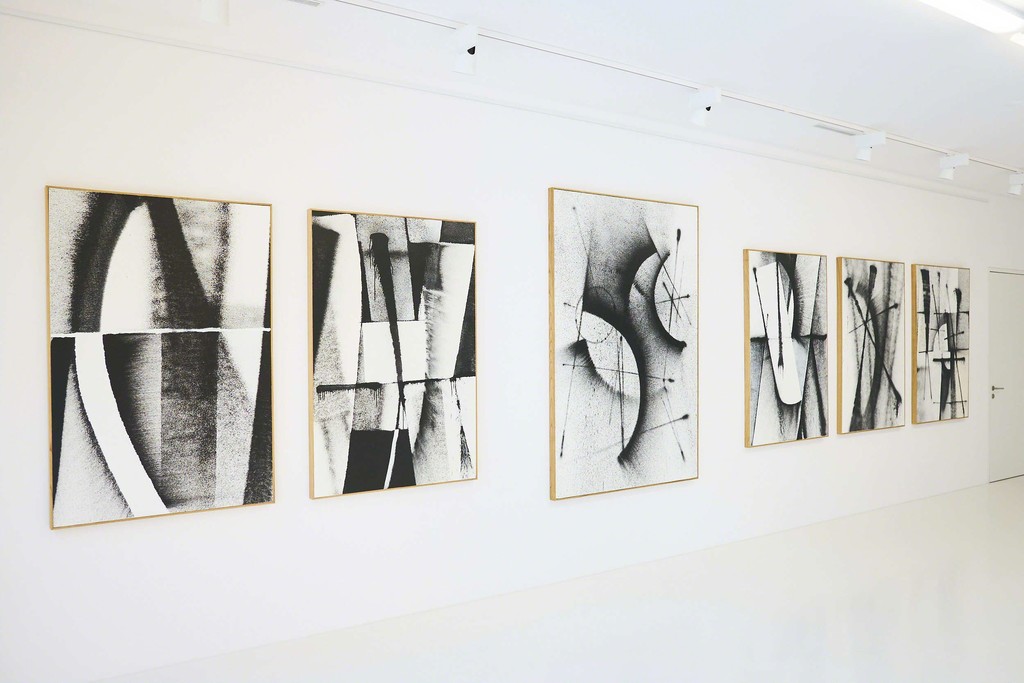 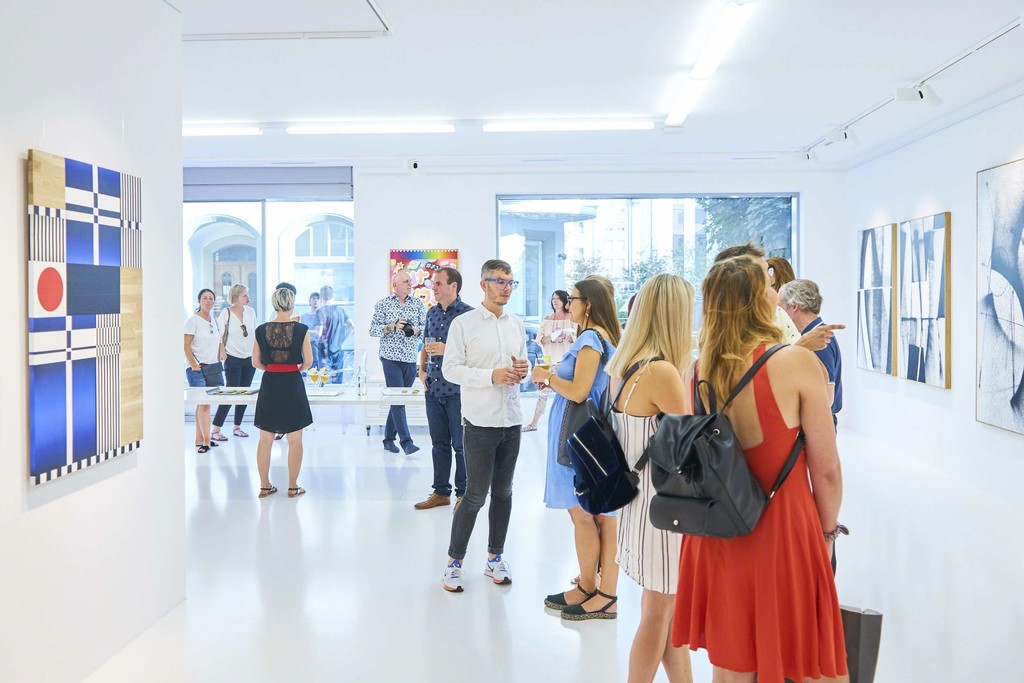 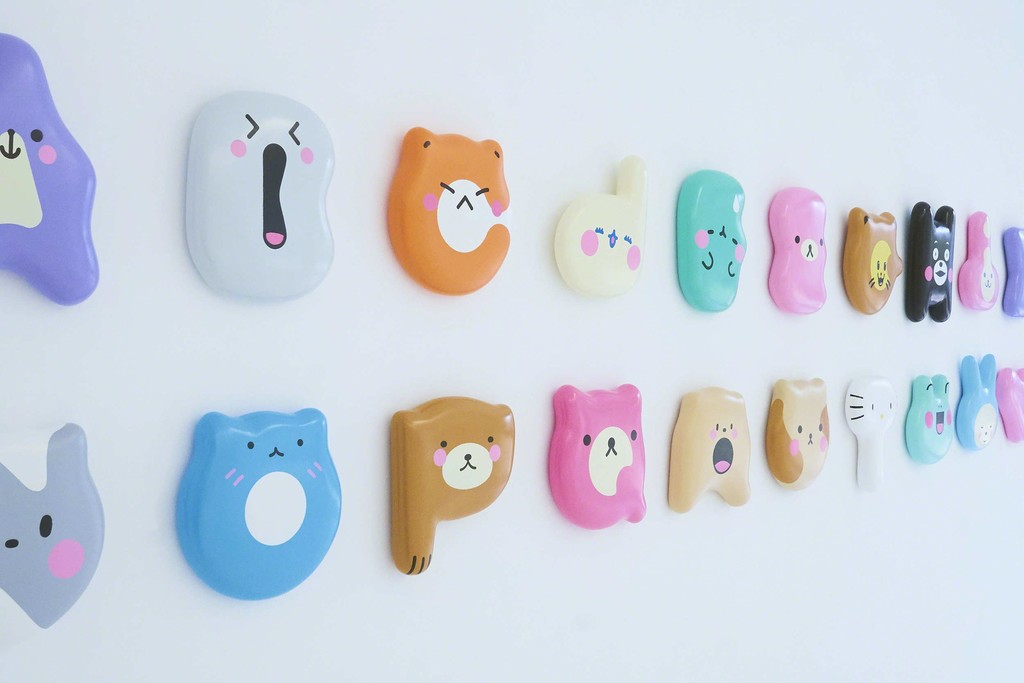 „My paintings are directly related to my graffiti practice while taking a distance from them.“ - L’outsider, 2018.

A life changing journey to a foreign and far-distanced world inspired the artistic practice of L'outsider. Twelve years later he reflects his voyage to Japan and presents how the influences of his journey nourish and enrich his creative practice until this day. Kolly Gallery is pleased to present the multi-faceted and versatile solo exhibition entitled Arigato Gozaimasu of L'outsider in Zurich from July 19 to August 18, 2018.
Devotion and perfectionism with a twist of Japanese pop culture describe L’outsider’s impressions of Japan, which are reflected in three different series throughout his exhibition. The first series of L’outsider’s solo exhibition derives form the unique Japanese graphic design. Observing his visual imagery he developed a practice of graffiti that is no longer based on the deformation of the letter, but on a transposition of geometric form which inheres a elementary typographic letter base. The second series shows a studio based version of his outside project madmaxxx. The canvases expose abstract and planar compositions, complemented by wild splashes. The artist therefore used exclusively the Montana-Madmaxxx spray can, whose fat cap imitates an immense calligraphic pen. The ambition of the approach in these works is to find a new form of graffiti that contains neither a tag nor a throw up! Finally L’outsider's exhibition is rounded off with a more charming, light and cute series. The third series is reflecting the aesthetic fundaments of kawaii (jap. „cuteness“). An aesthetic concept that emphasizes innocence and childishness and has extended to all areas of Japanese society. Within the kawaii series the artist processes the omnipresence of this aesthetic contemporary Japanese pop culture, which is perceived as foreign and peculiar for the Western society. However, some aesthetic representatives, such as Pikachu and Hello Kitty, made it far beyond Japan’s borders.
The exhibition explores L’outsider’s flashbacks and the paradoxes of the Japanese society. His relation with graffiti is emphasized while dissociating himself from the graffiti practice and abandoning the actual work with the letter, which dissolves into abstract elements. With the exhibition title Arigato Gozaimasu L'outsider would like to thank the Japanese culture for their enriching and unique insights. For L’outsider, the term Arigato Gozaimasu became an expression of inner gratitude, friendliness and hospitality.
We cordially invite you to the opening on July 19 from 6pm on. The exhibition runs from July 20 to August 18, 2018 at the Kolly Gallery in Zurich.