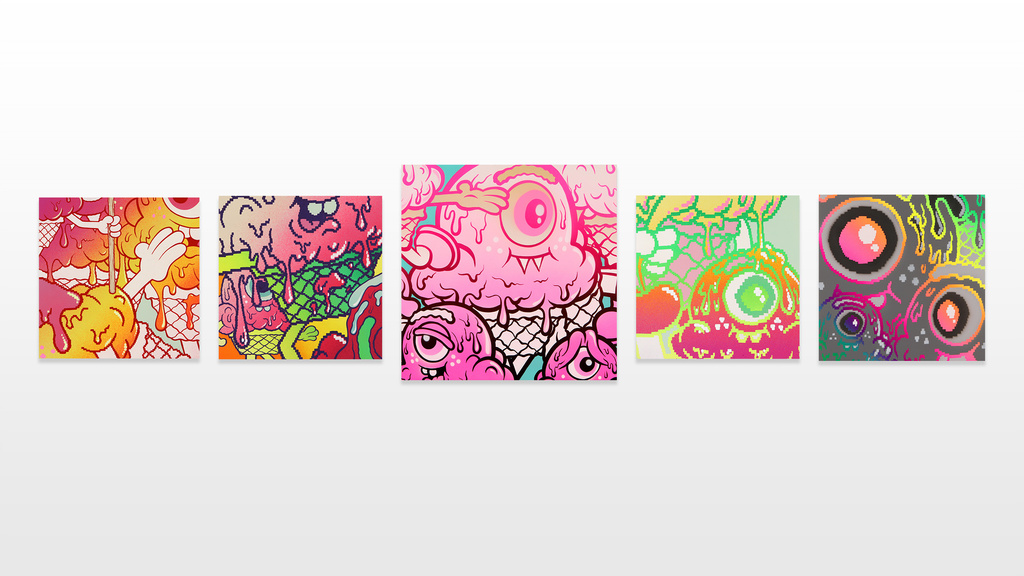 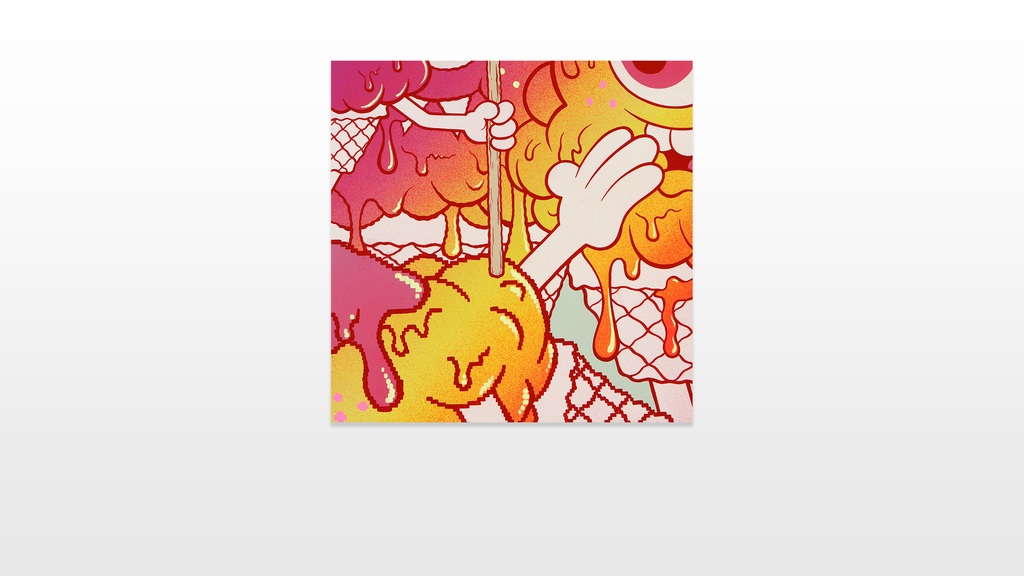 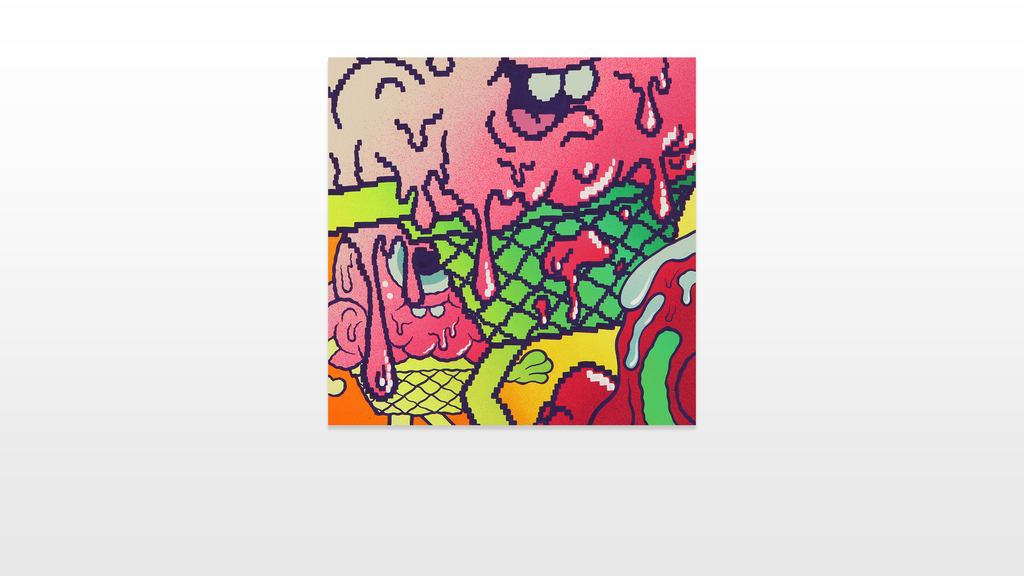 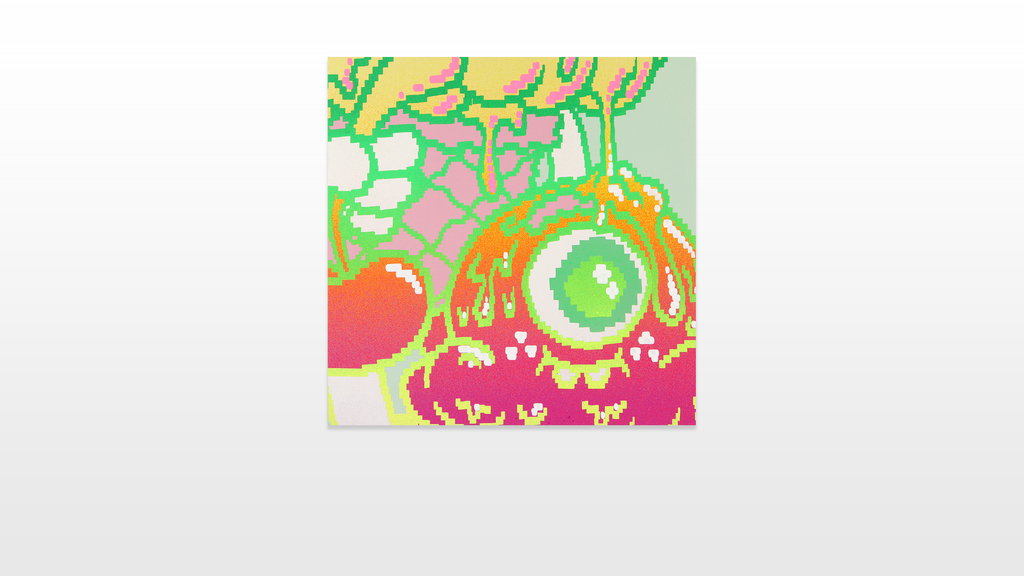 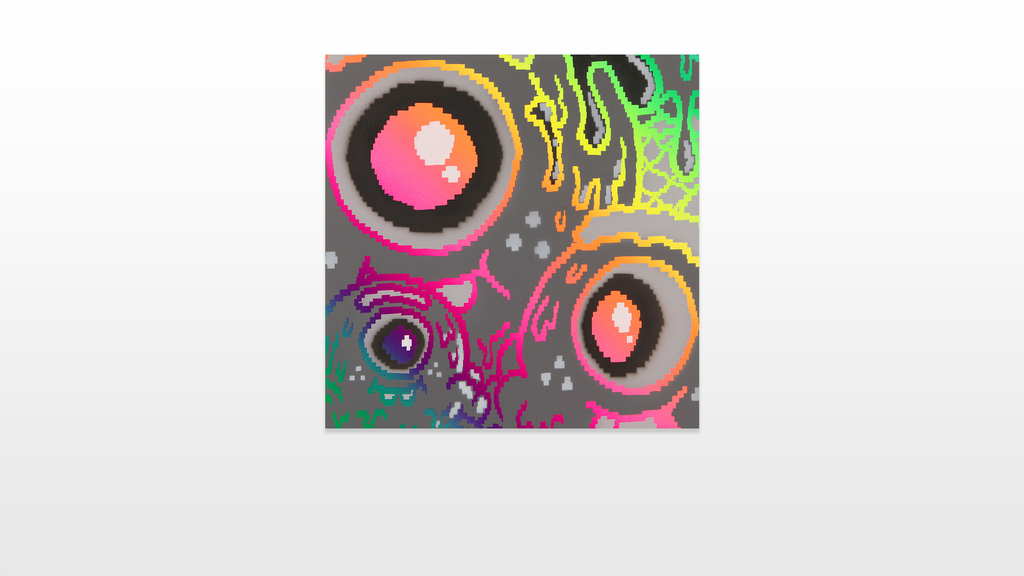 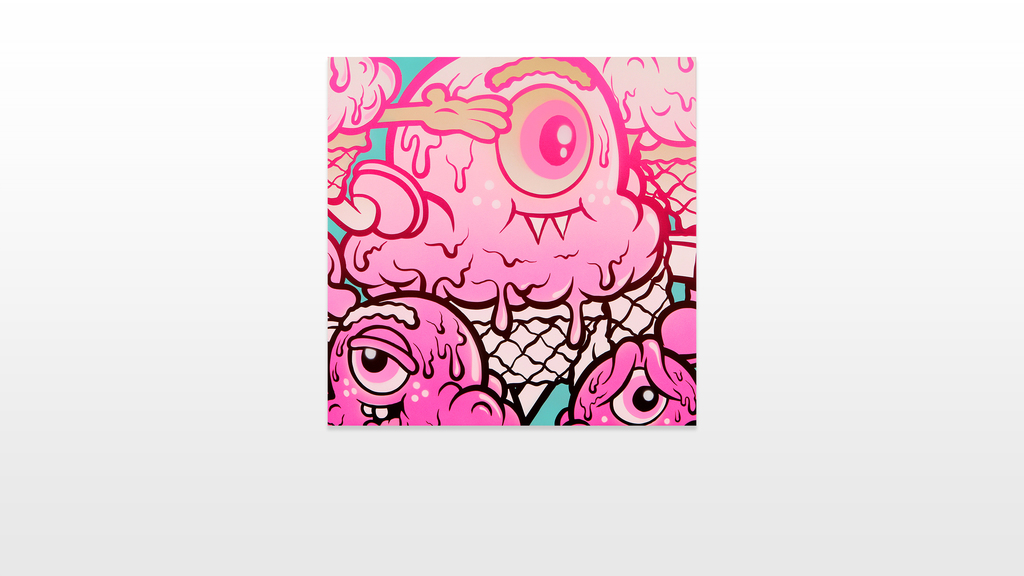 „Creating these paintings would be easier digitally but painting them with analog techniques is important. “- Buff Monster, 2019.

Kolly Gallery is excited to present Buff Monster’s brand new series Composure from July 22 to 27, 2019. Buff Monster is well know for his adorable and iconic one-eyed characters, known as Mister Melty, living in brightly colored lollipop landscapes. The bubble gum pink setting of his imagery became a distinctive trademark over the years.

Lately Buff Monster’s characters, as well as the artworks, underwent a development of aesthetic complexity as well as digital enhancement. Visually, the compositions have became multi-layered, dense and enriched by structures and colors. Compared to earlier paintings, when the whole scene was clear and obvious, now the likable and cute characters are superimposed and cropped to the frame in a non-traditional way.
Furthermore, the artist moved from the single color shapes to using rainbow gradients as fillings. Experimenting with different styles of lines, such as crisp, fuzzy, pixelated, colored, the artist was inspired to develop techniques to paint rainbow gradients within the lines. Thus this lead to a quite considerable shift in Buff Monster’s oeuvre, since black lines have been a defining feature of his artistic practice, related to the cartoon and comic tradition.

In regard to the title of the exhibition Composure, it relates to the tranquil state of mind that accompanied the artist, while working on the pieces. Buff Monster perceived the time of this creative process as positive and harmonious which should be transmitted to the paintings. Therefore he had to make some sacrifices; in order to surrender to the creative process, he had to ignore his emails, Instagram and other typical aspects of our modern lives.
He turned the disadvantages of our age to sources of inspirations. Thus gradients and pixelated lines are a reference to our increasingly digital lives and the significant changes that have occurred in the field of art. Art works are being informed by digital techniques more than ever before, and are being seen digitally, mostly via social media, like never before. Therefore the artists believes: „Creating these paintings would be easier digitally but painting them with analog techniques is important.“